Anyone who's ever meandered through West Queen West in Toronto will recognize one specific, peculiar old home nestled between a row of businesses and a condo buildings directly across from Trinity-Bellwoods Park.

The two-storey house, built in 1847, is definitely an outlier in the area, standing alone on neatly manicured grounds abutting Trinity Park Lofts and the White Squirrel Coffee Shop. 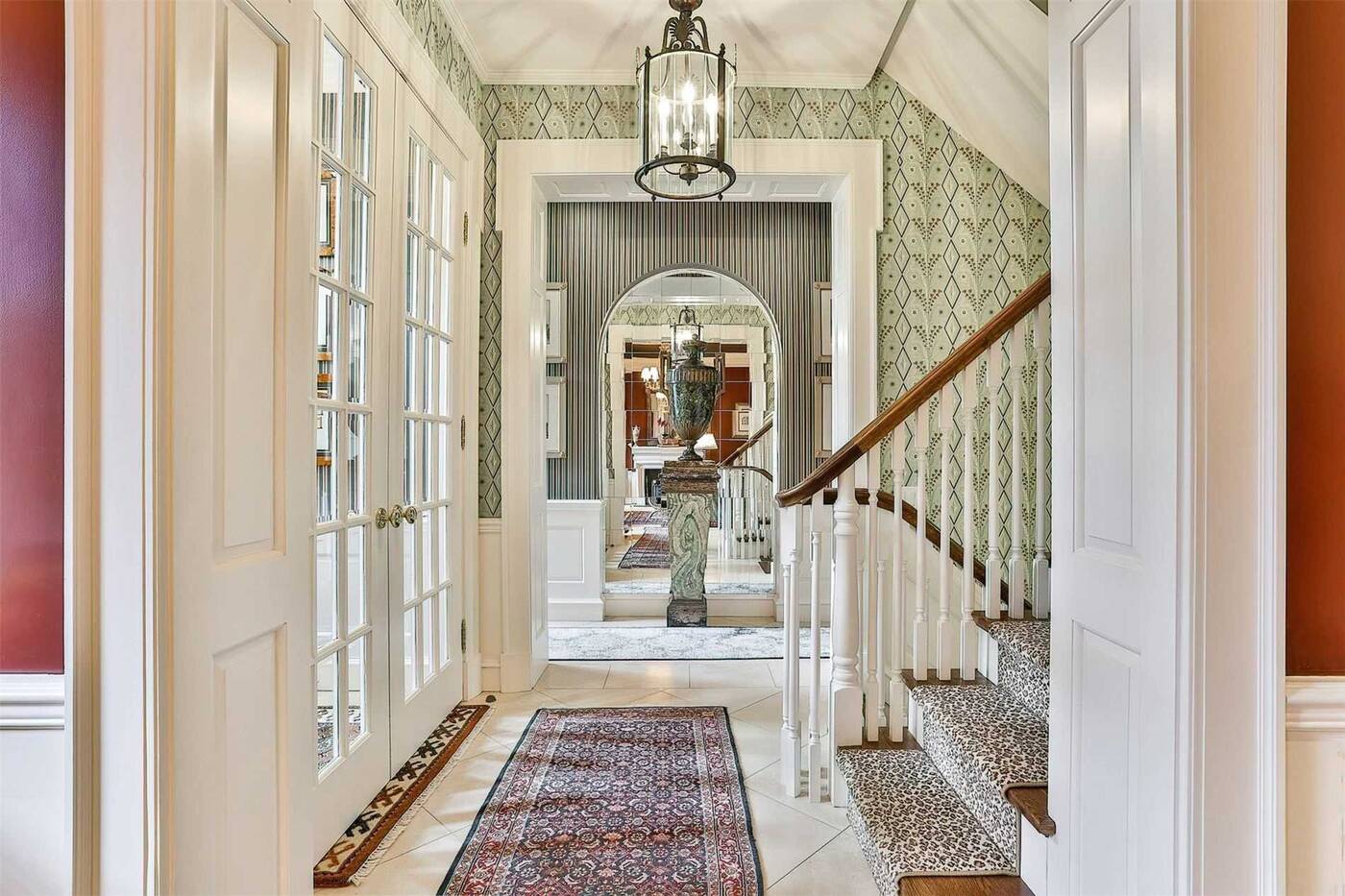 The hall of the estate, from the Zolo.ca listing.

Perhaps you've wondered about its historical significance, how it's managed to survive redevelopment, or what lies inside. Is it a museum of some sort? Does someone actually live there?

The answers are no to the first question, and yes to the second — and, in addition, that special someone living there could be you if you have $5.5 million lying around. 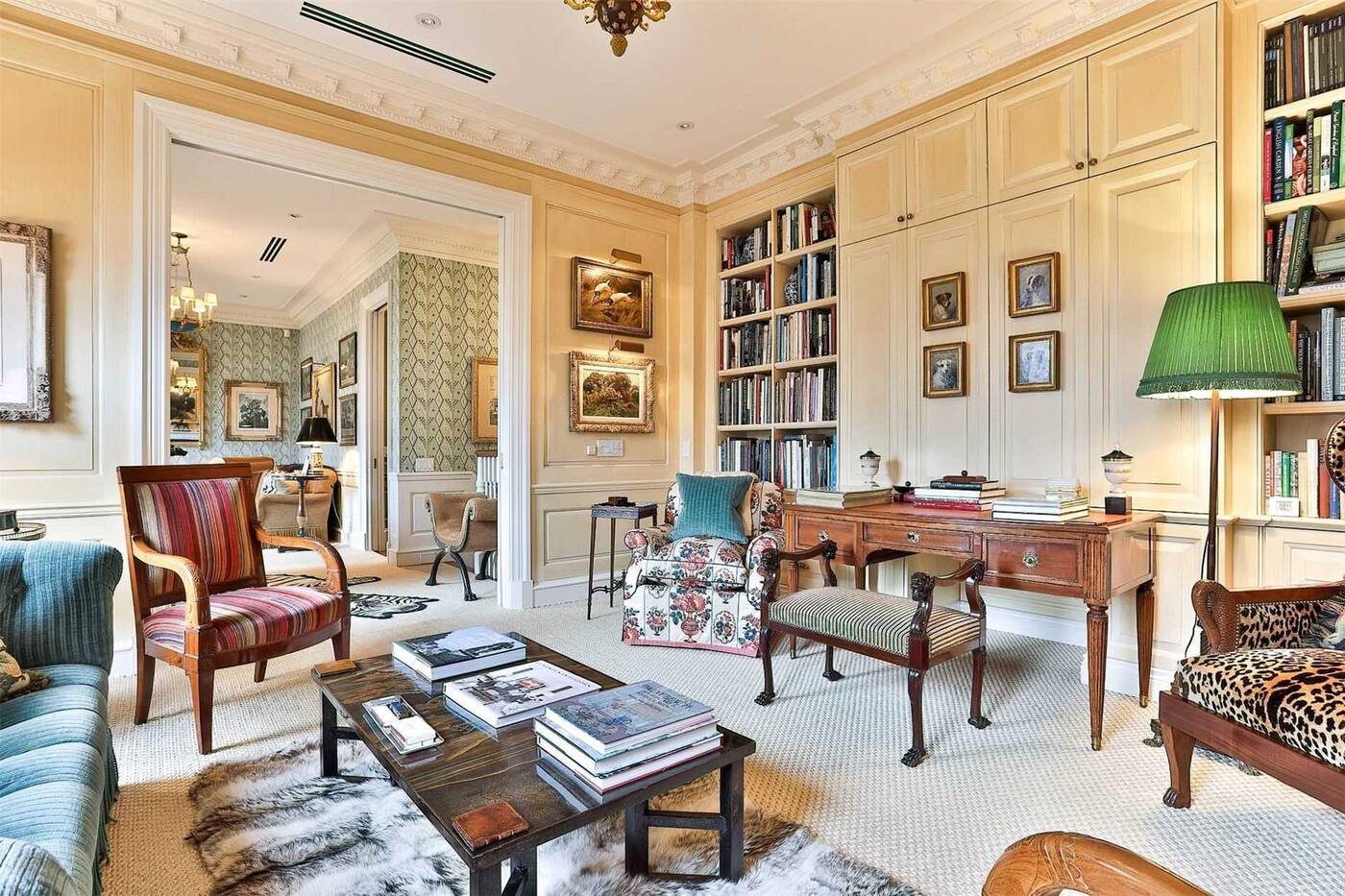 Some of the upper-floor living space, outfitted to fit the style of the home. From the Zolo.ca listing.

The red-brick Georgian-style structure is a designated heritage building known as the Farr House, built by the namesake Farr family of the old Farr Brewery, which was successful in the early 1800s.

The house was kept in the family until 1905, shortly after which it was recognized and deemed worthy of preservation by Toronto City Council. It has served as a beautiful, albeit a little random, fixture on busy Queen Street, near Strachan, ever since. 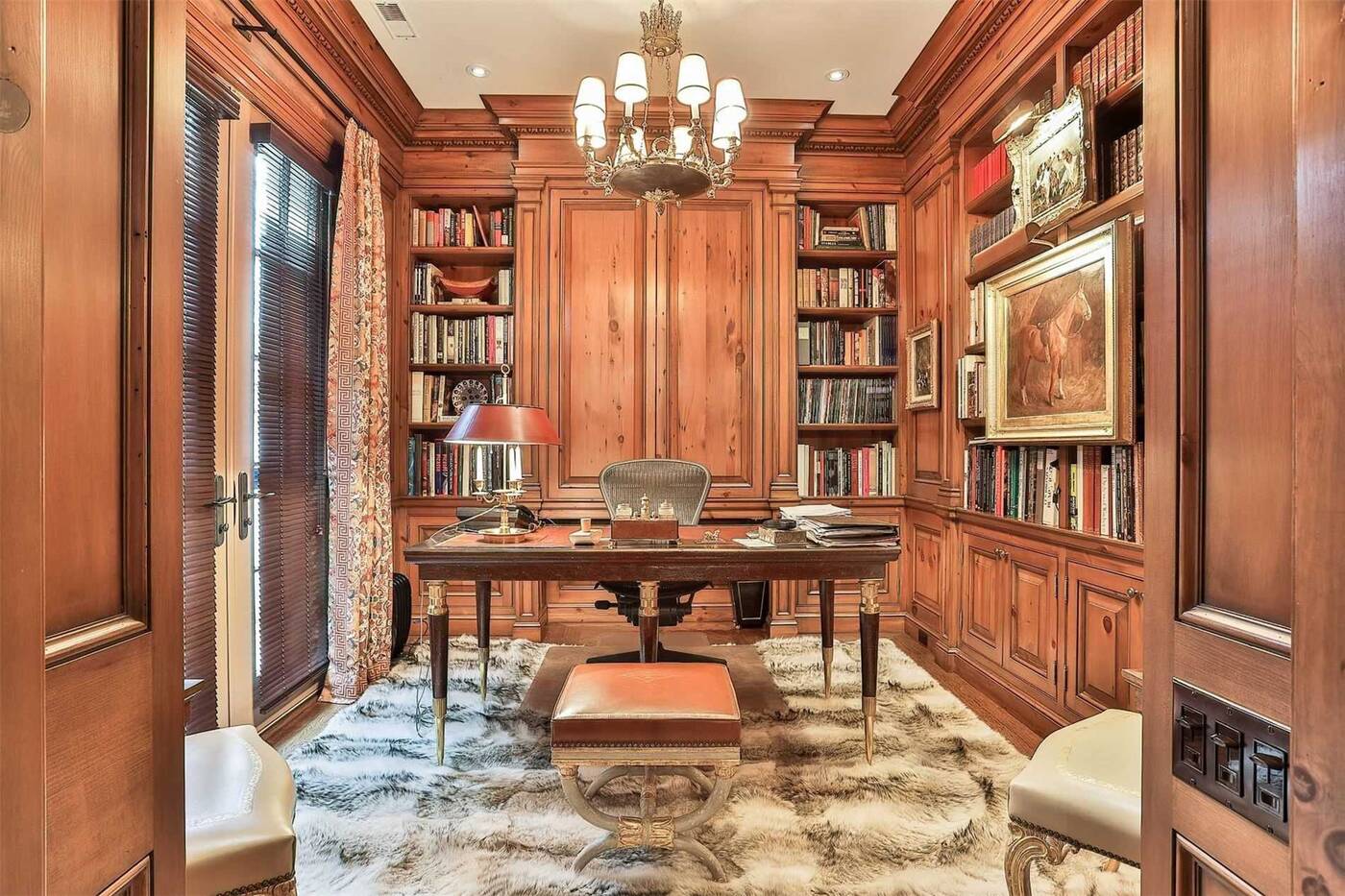 A stately wood-clad study, for all your work-from-home needs. From the Zolo.ca listing.

Despite its architecture, the house can be easy to miss due to the fact that it's quite set back from the street and hidden behind a wrought-iron fence and the coverage of trees.

But once inside, the architecture and furnishings are impressive, and aptly reflect the home's history and opulence. 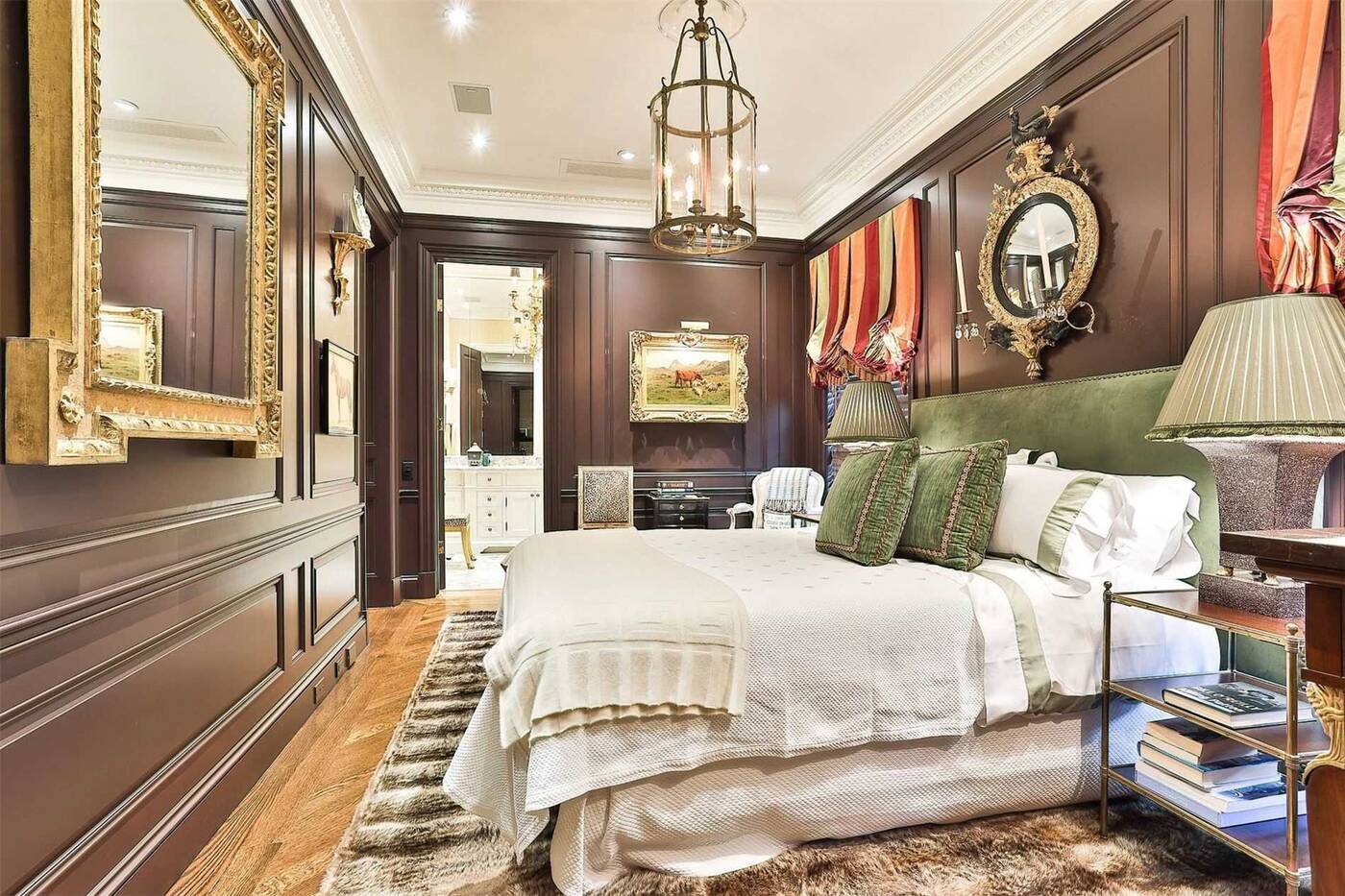 The wood and wainscoting continues in the very dramatic master bedroom, the only one in the home. From the Zolo.ca listing.

Being as old as it is, there is no open concept design to be found here — some of the rooms appear a little cramped, even, though there are many of them. 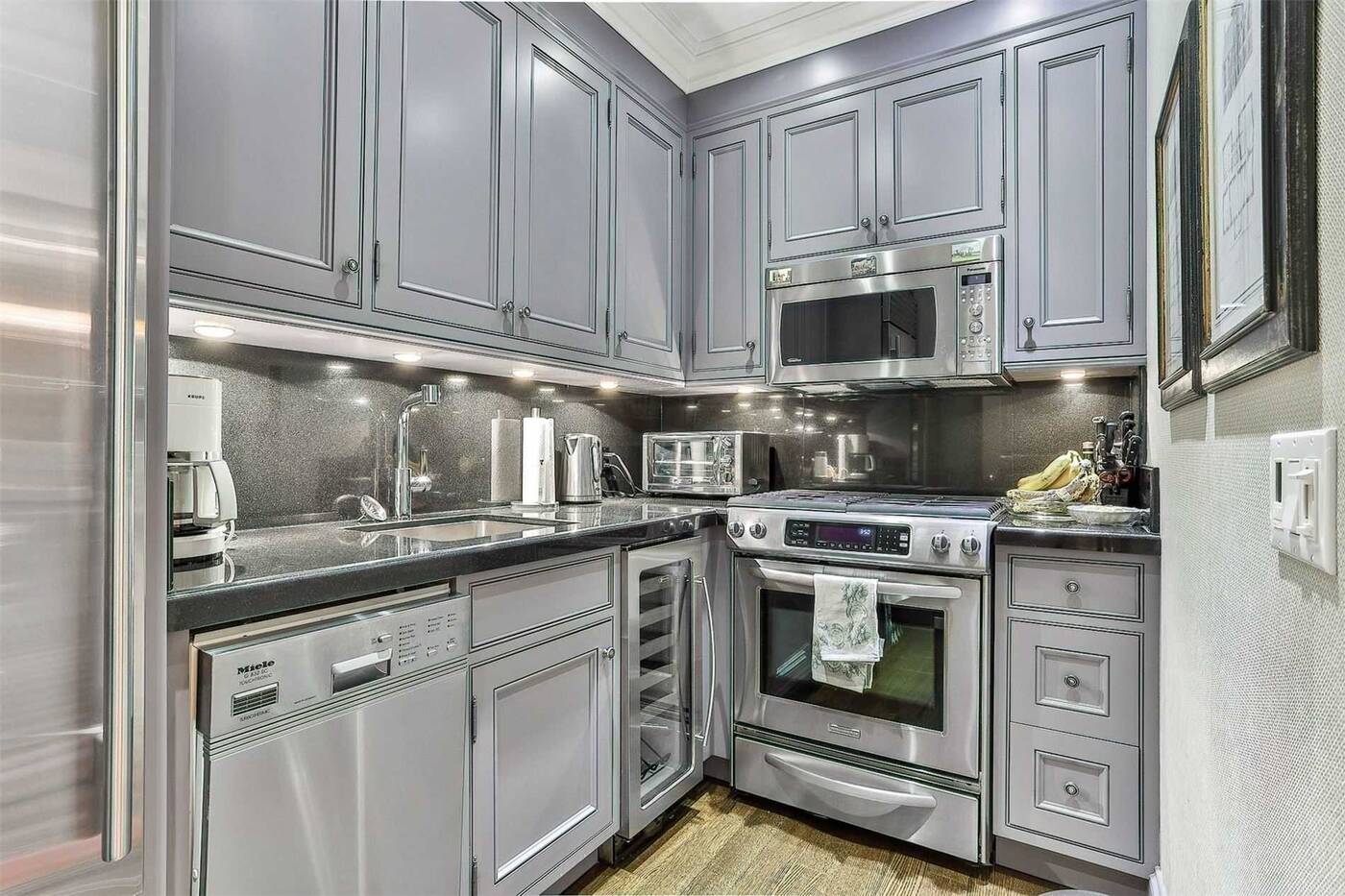 The kitchen is lovely, but appears quite small. From the Zolo.ca listing.

The building is listed as an office — and it does appear to have multiple office spaces, including an entire boardroom in the basement — but is zoned as "C R Commercial Residential," meaning it can be used for either purpose, with some specific criteria in place.

The fact that there is only one bedroom but multiple bathrooms and offices gives an indication of the home's recent use. 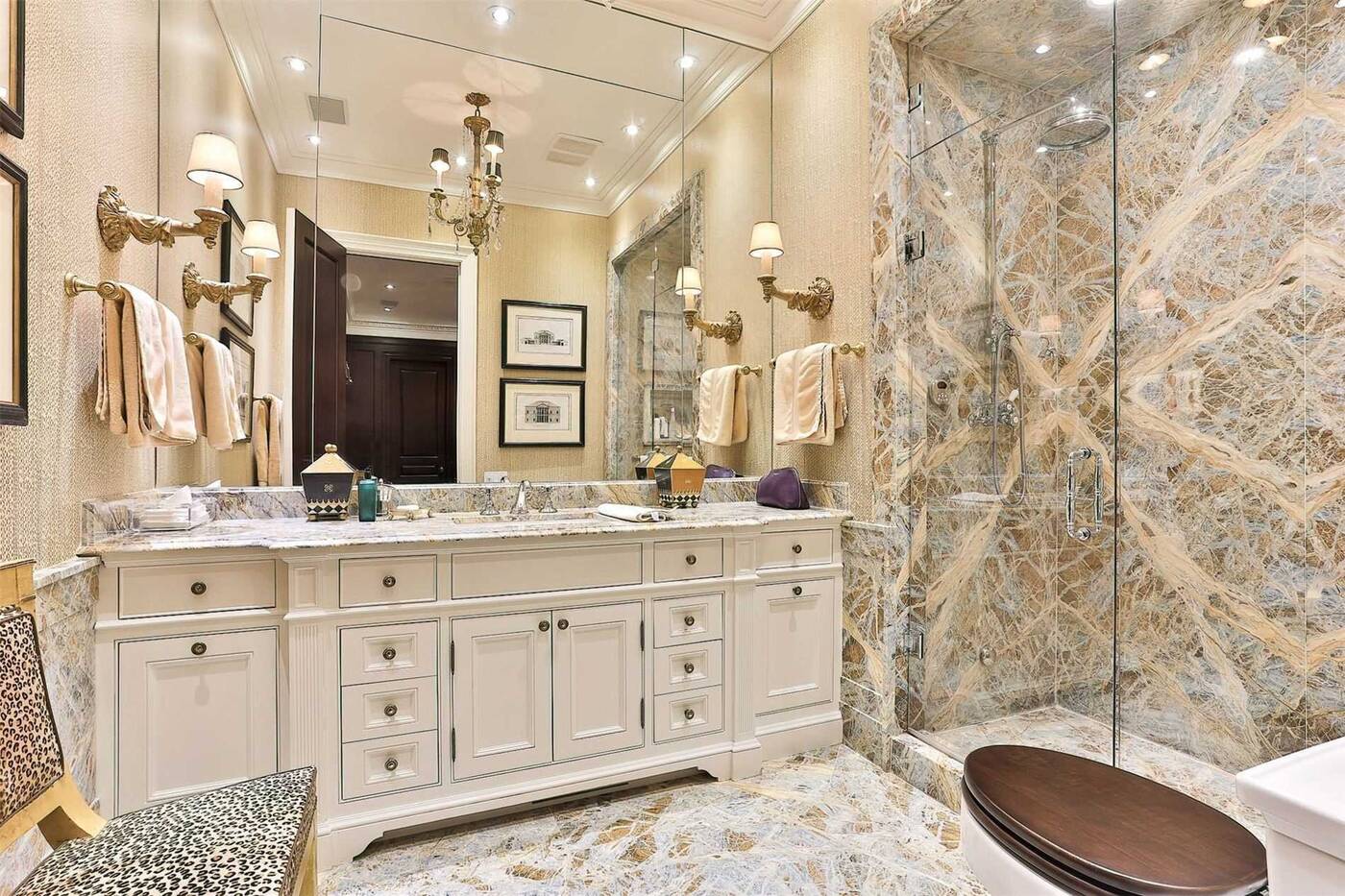 Absolute luxury abounds in one of the four bathrooms. Photo from Zolo.ca.

It is apparent that the quality home is well-constructed, well-renovated and maintained, and well-equipped with fine millwork, marble, herringbone hardwood floors, 10-foot-high ceilings and even two underground parking spots.

It really is, as advertised, a gem, though one that can be enjoyed only by the select few who can afford the pricetag.