A historic Toronto house now on the market was once a coach house for carriages and horses.

The Rosar Coach House at 154 Shuter Street in Toronto is for sale for $4.2 million. 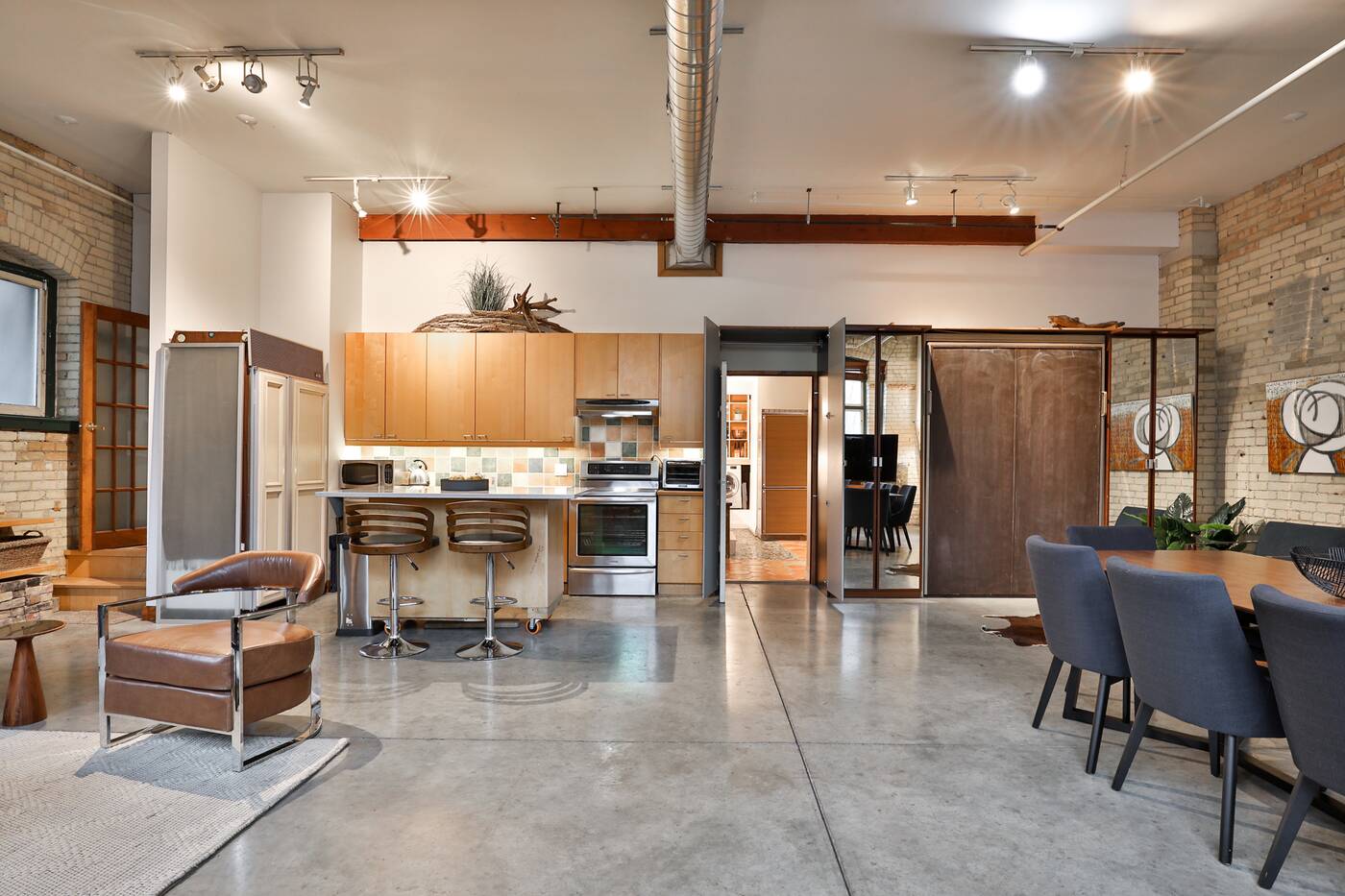 The home at 154 Shuter Street once stored carriages on the ground floor and horses on the second storey.

The home, listed as a heritage property, was designed by Toronto architect J. M. Cowan and completed in 1910 as the coach house for the widow Rosina Rosar's funeral home at 180 Sherbourne Street, according to City of Toronto heritage documents. 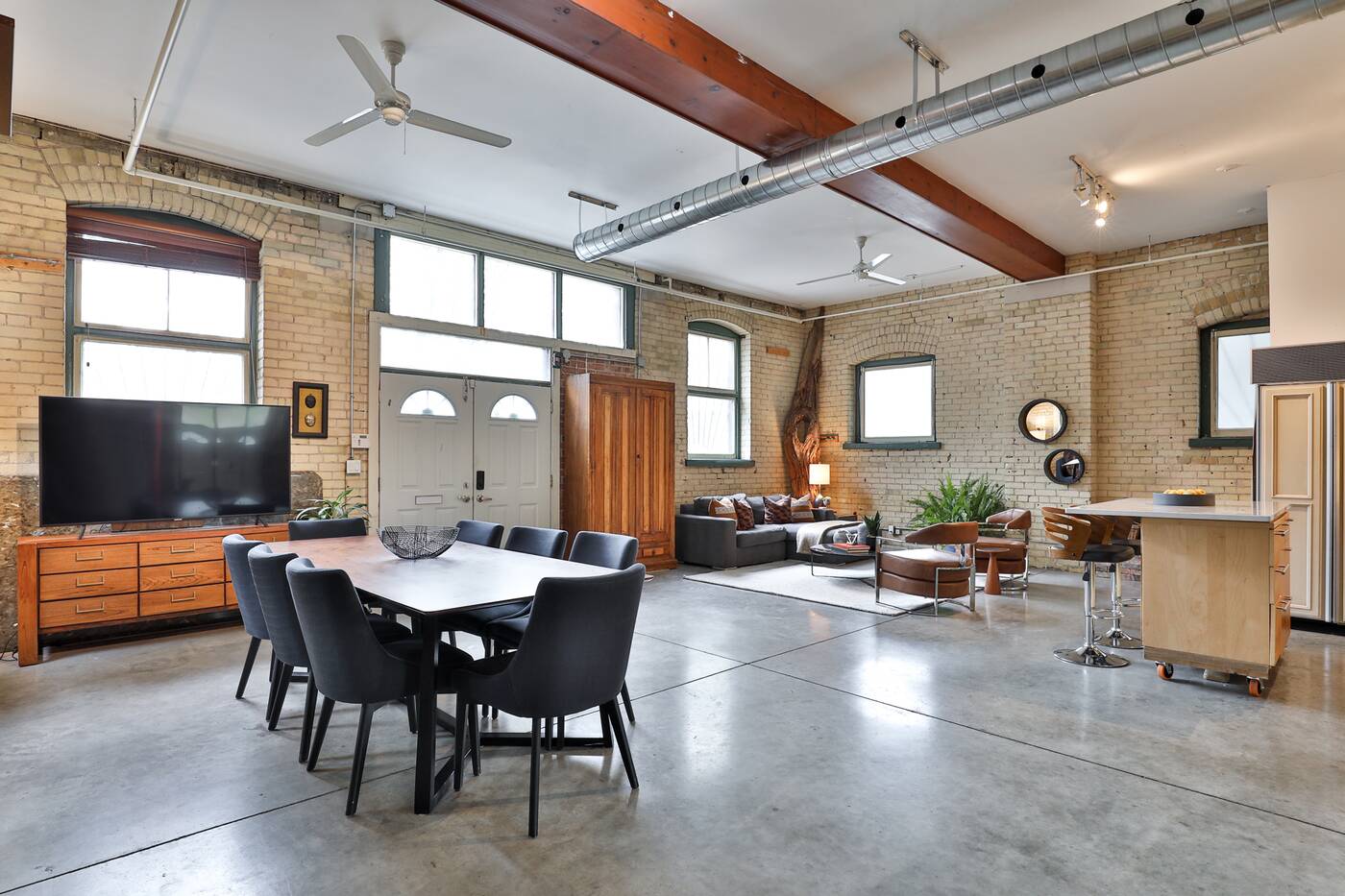 There are two living spaces on the ground floor, each with its own kitchen.

The house is a good example of Renaissance Revival architecture, with some classical elements.

Many traces of the home's history remain, including signs that the horses lived in a stable on the second floor, likely so the carriages could fit on the ground floor, according to Alyssa Mincer, sales representative for Slavens & Associates Real Estate Inc. Brokerage. 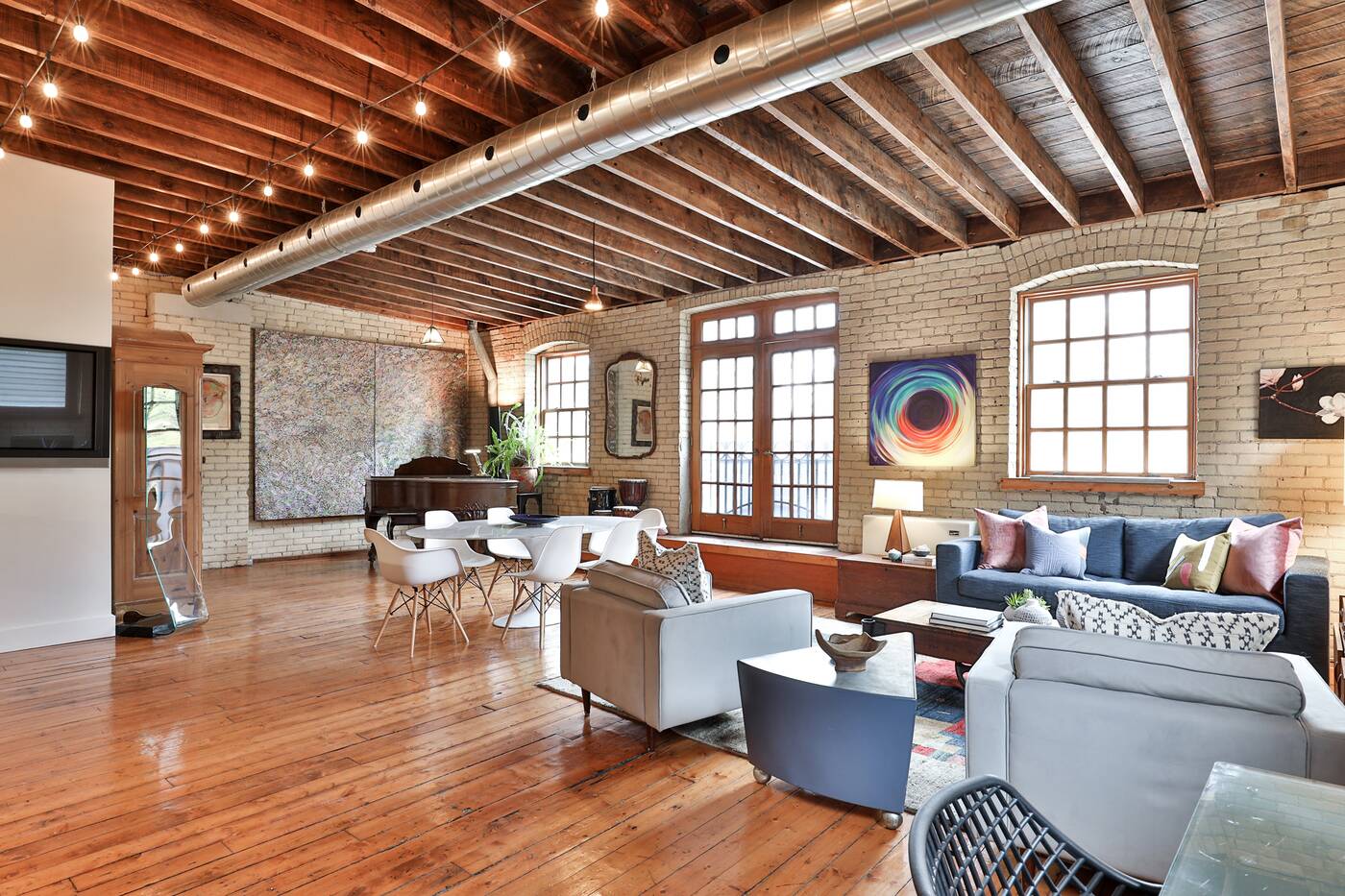 The second storey also has a kitchen and living area.

"There are still four rings in the walls of the second storey to show where the stalls were," Mincer says. 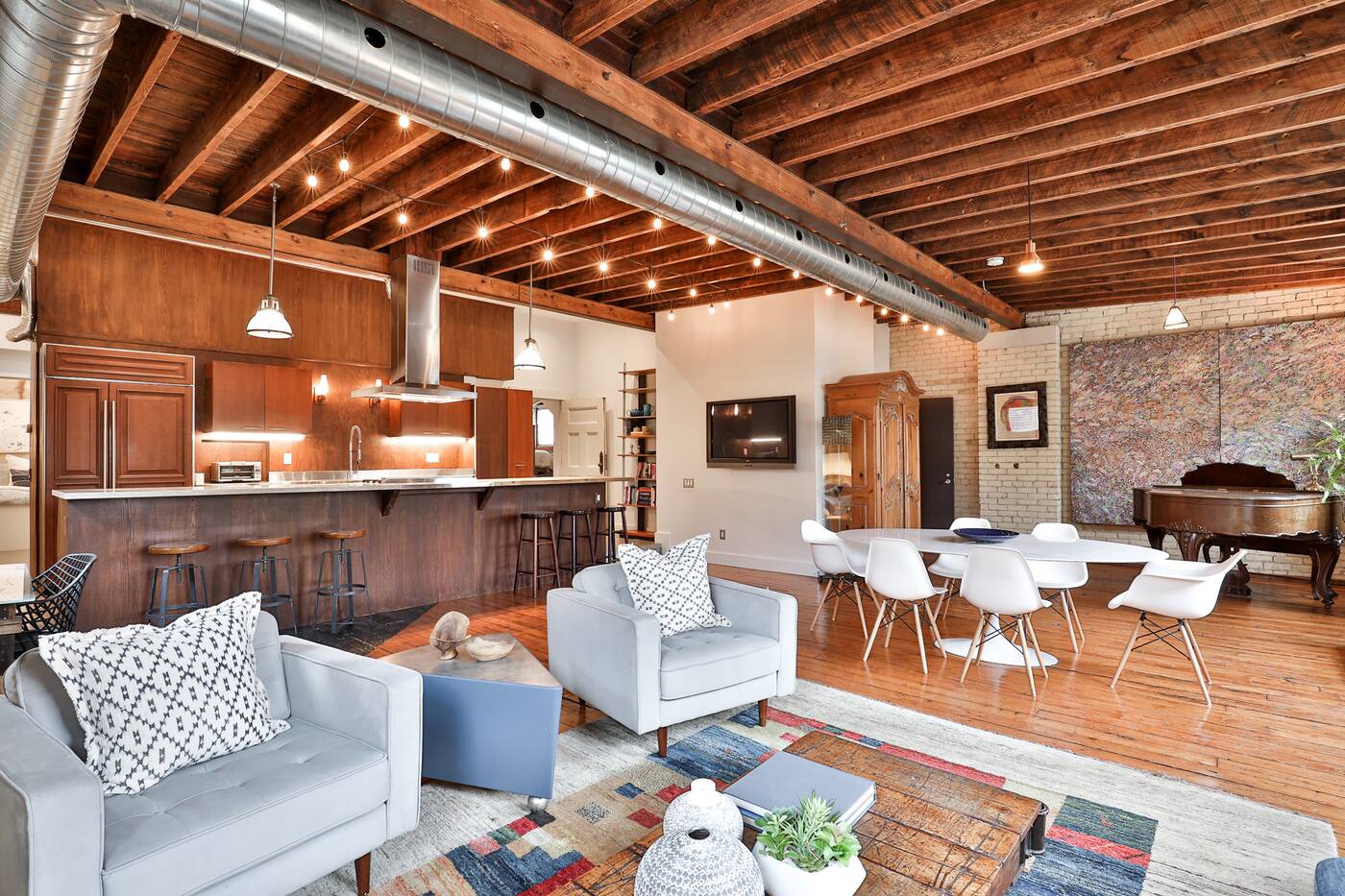 The home has an open floor plan with loft-like elements.

There was a pulley elevator at the north end of the building to raise the horses to their stalls, she says. The current front Juliette balcony has a large opening where the bales of hay for the horses would have been hoisted in. 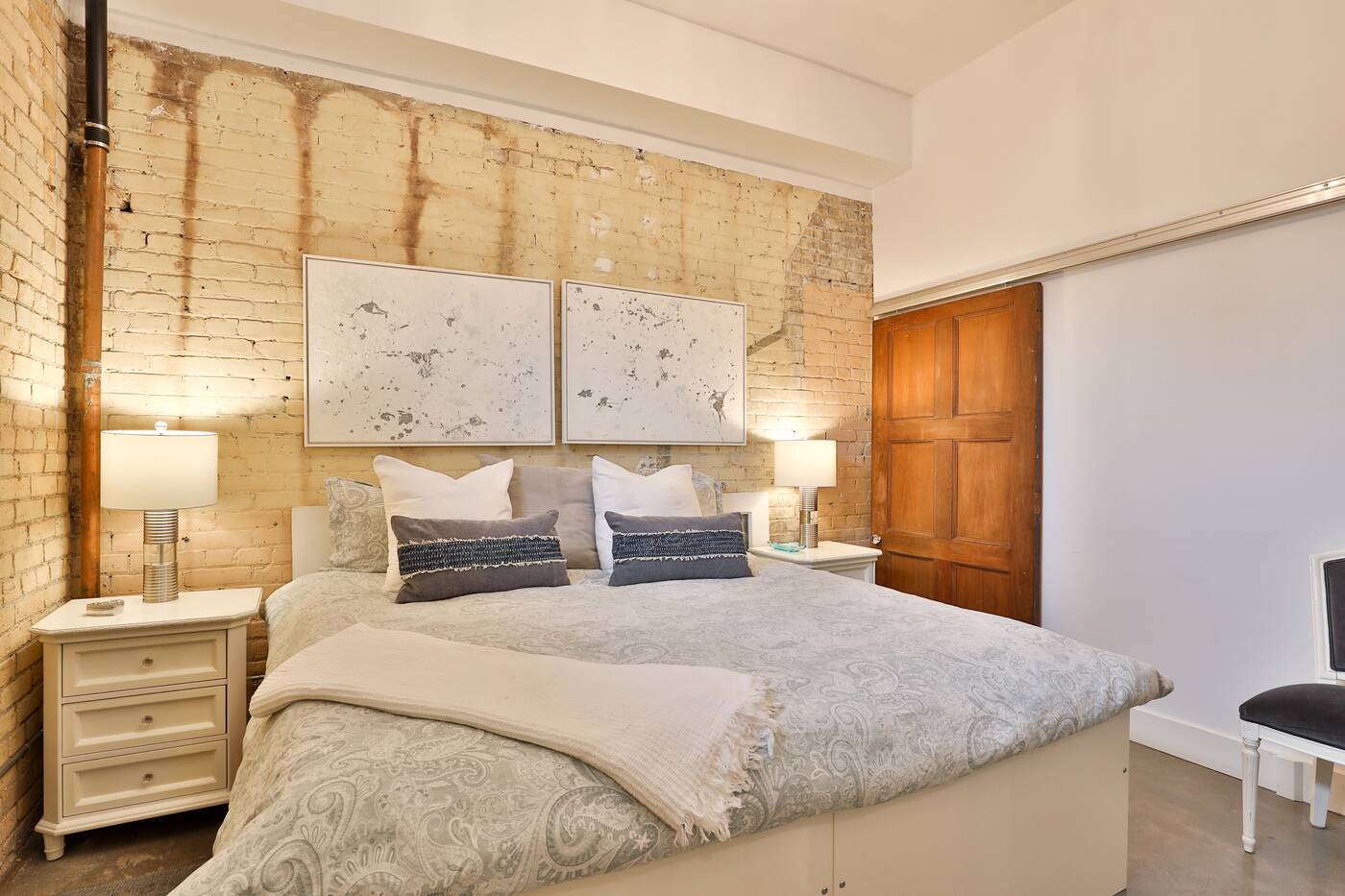 There are four bedrooms in the home.

Over the years, the building has probably had many commercial uses, Mincer says, and at one time may have been a print shop. In 1992, a photographer bought it to use it as a home for his family, and to have a well-lit photography studio in the front part of the ground floor. 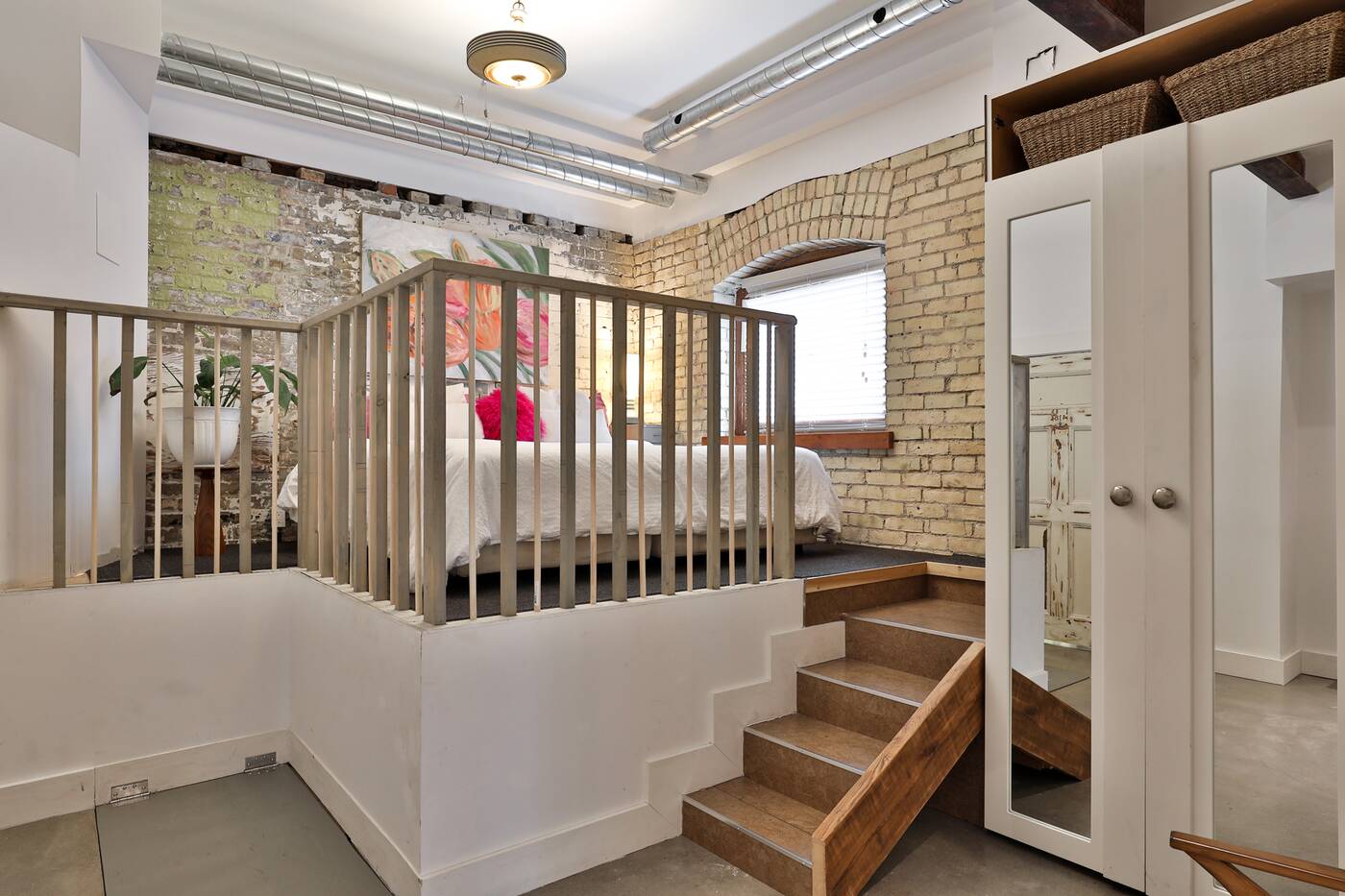 The bedrooms have exposed brick walls retaining the historical features of the home.

The current owner, Diane Devenyi, bought the building in 2012 and added a third floor with a large terrace to take advantage of a spectacular skyline view of Toronto's financial district, Mincer says. 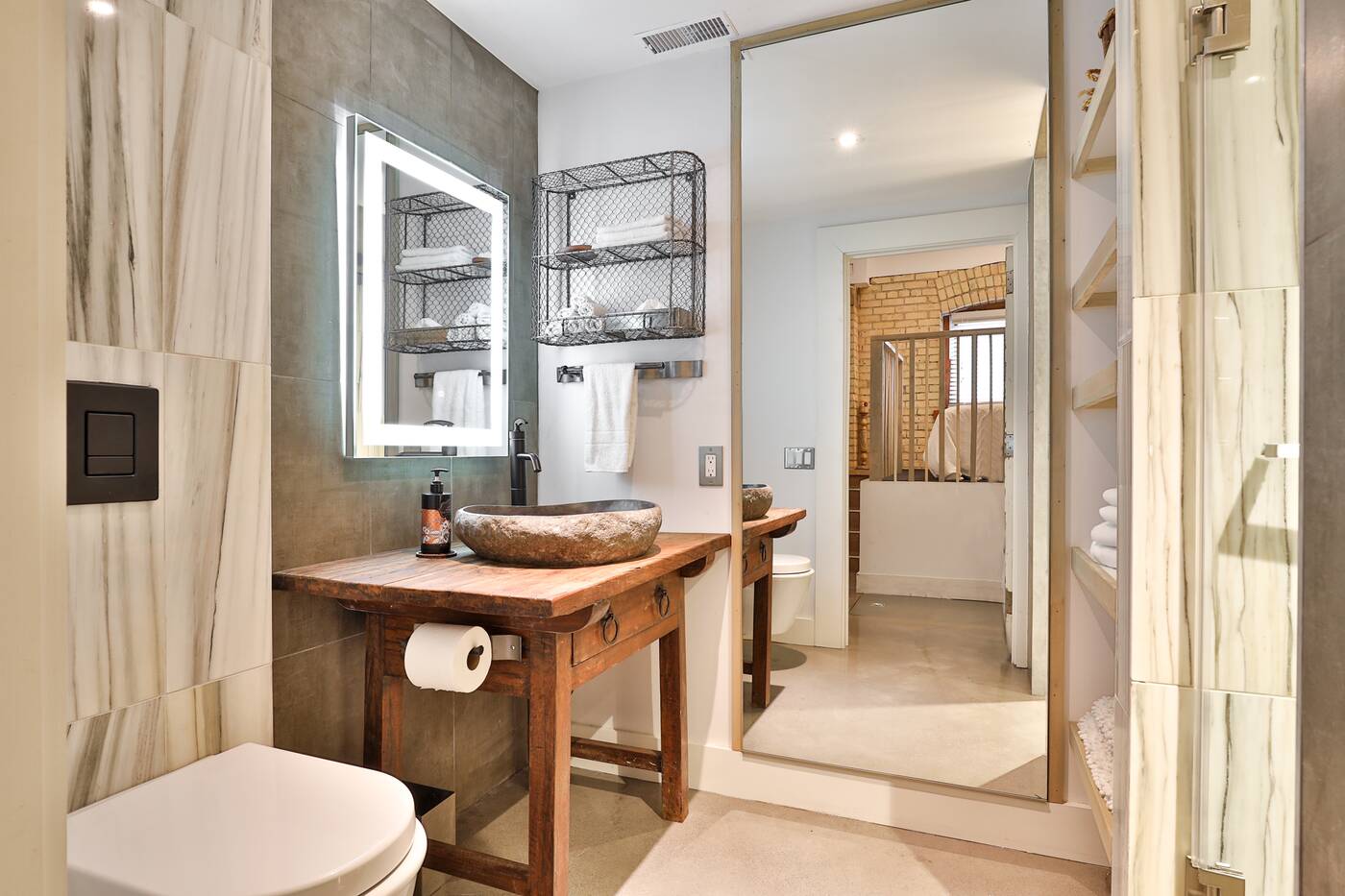 There are six bathrooms in the home. 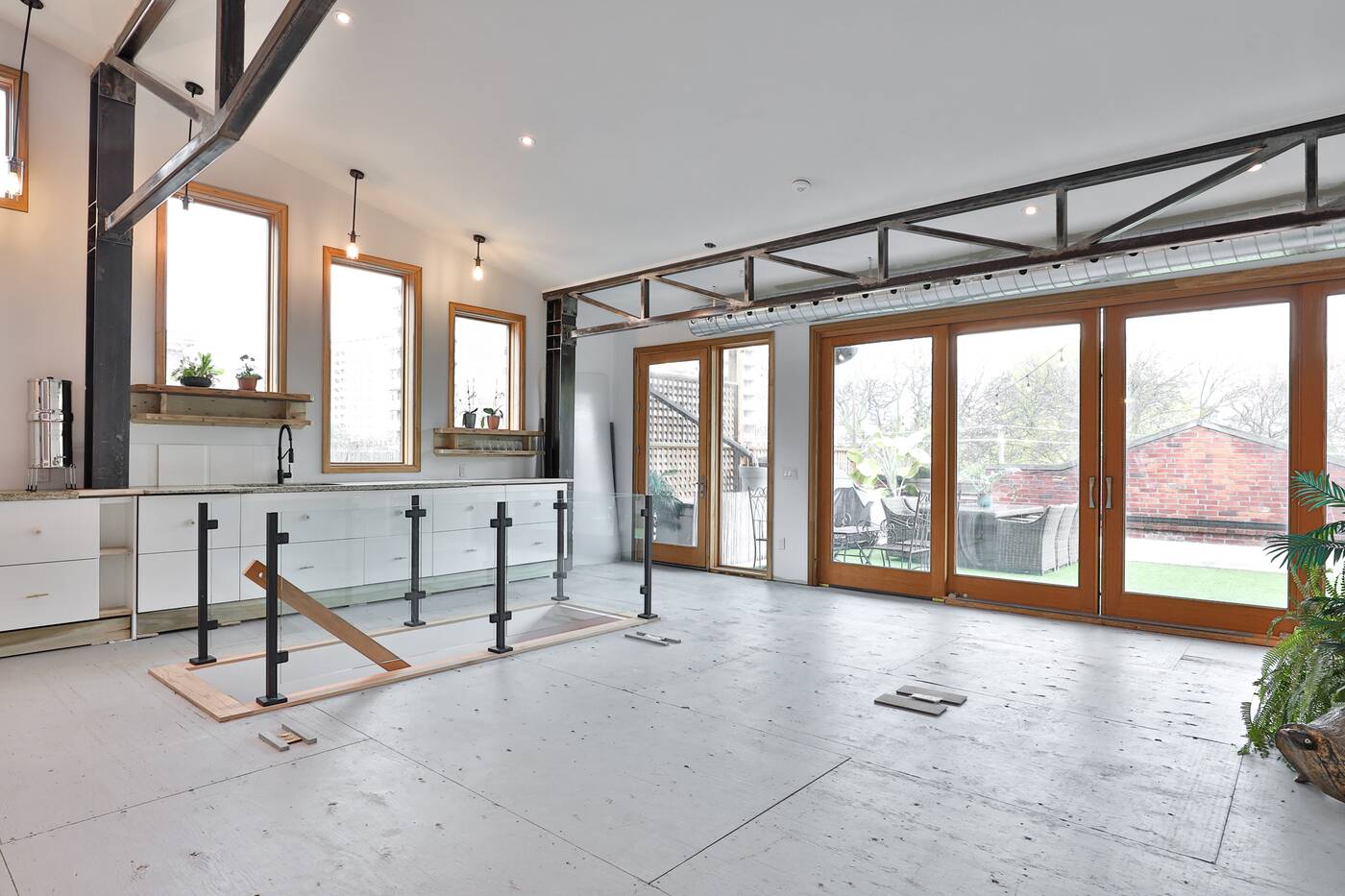 The third floor was a recent addition and leads out to the terrace.

The four-bedroom home is more than 4,300 square feet and has two full kitchens and two kitchenettes. The design could allow multiple generations of a family to have separate spaces.

Devenyi says her original plan was to create large spaces for workshops and host people from around the world. 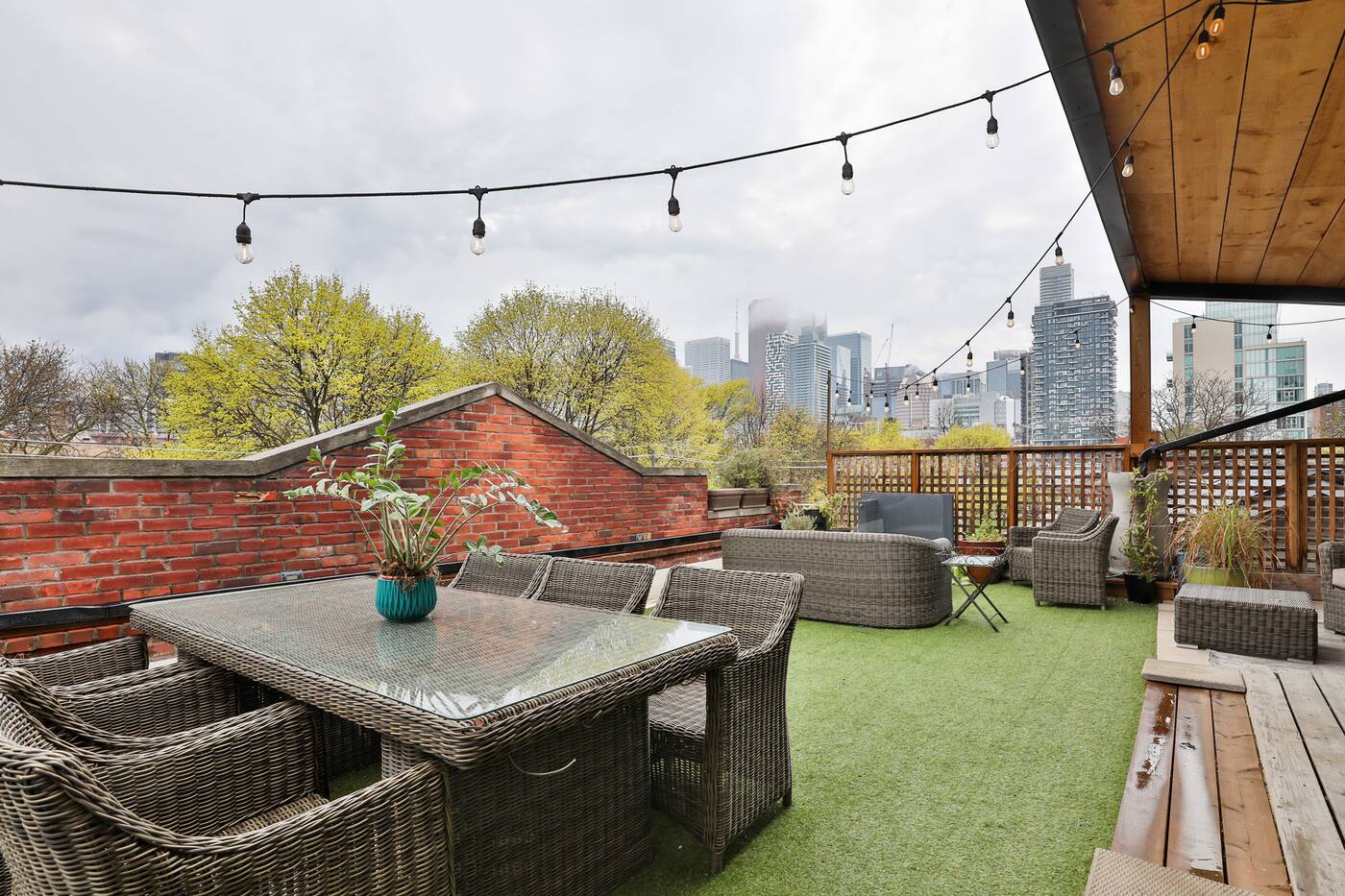 The terrace awning was designed to maximize solar gain in the cold months and prevent the sun from overheating the building in the warmer months.

"The past year has opened my eyes to ways I can impact education with online courses," Devenyi says. "It's time for someone else to find their perfect home/work space and love this building as much as I do."