A disturbing new report from The Globe and Mail based on Statistics Canada data reveals that 17 per cent of all Toronto homeowners have at least two residential properties in their portfolio.

Meanwhile, per the last federal census, 33.5 per cent of Toronto residents don't own any homes at all.

While the comparison between these two numbers isn't entirely precise — one set of data is from 2019, the latter from 2016 — the figures suggest what many in this city already know to be true: Home ownership is a lot more accessible to people who are already wealthy.

New numbers from the Canadian Housing Statistics Program also prove that younger people face the most barriers in Toronto right now when it comes to securing their own homes.

"Canadians younger than 35 accounted for the smallest share of property owners by age group, ranging from 9.4 per cent in Nova Scotia to 11.4 per cent in Ontario in 2019. This was well below their share in the total Canadian population," reads a StatsCan release from March 18.

"In the census subdivision of the City of Toronto, those younger than 35 accounted for 11.5 per cent of individual homeowners in 2019."

The release notes that Ontario municipalities in which homeownership rates were a bit higher for people under 35, such as New Tecumseth (18.4 per cent) and Bradford West Gwillimbury (17.3 per cent), "are located more than 50 kilometres from downtown Toronto." 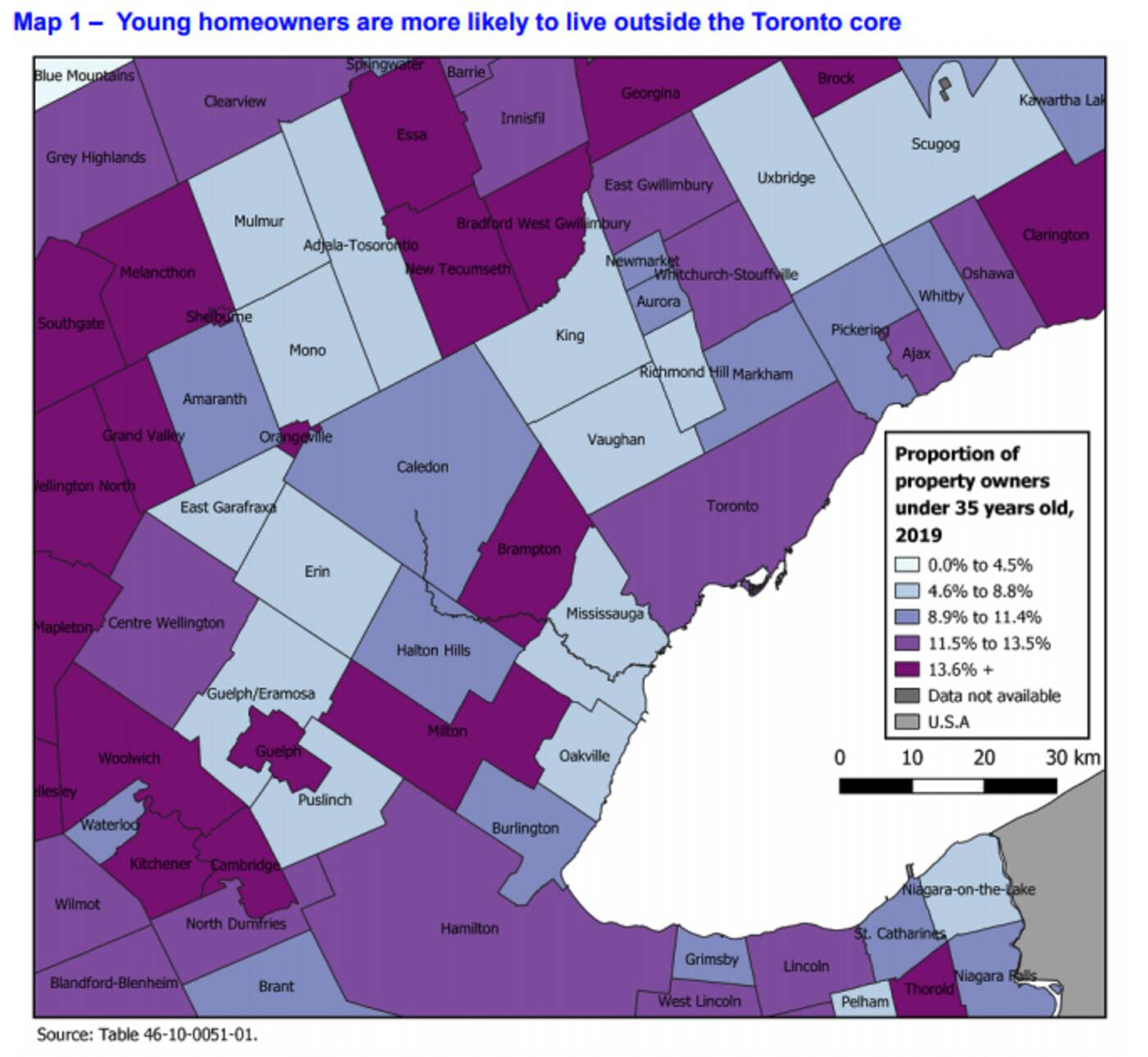 People under 35 are more likely to live away from the downtown core if they own homes, and far less likely than older demographics to own property at all. Image via Statistics Canada.

Unsurprisingly, the newly released data sets also show that people who own multiple properties in Ontario and B.C. have higher median incomes compared to those who own only a single residence.

What's interesting here is that single-property owners in Toronto have nearly identical incomes to those who own just one house elsewhere in Ontario.