This stylish $500K Toronto loft backs onto a baseball field

If you're looking to buy a home that's affordable but also literally ballin', you may want to check out the newest listing for Toronto's Enigma Lofts.

You should, however, be forewarned that recreational baseball games will be played within eyeshot — and earshot — of your TV-watching lair.

Whether or not that's worth nabbing a chic, modern place with bomb amenities in a great neighbourhood for only half-a-million bucks is anybody's call. 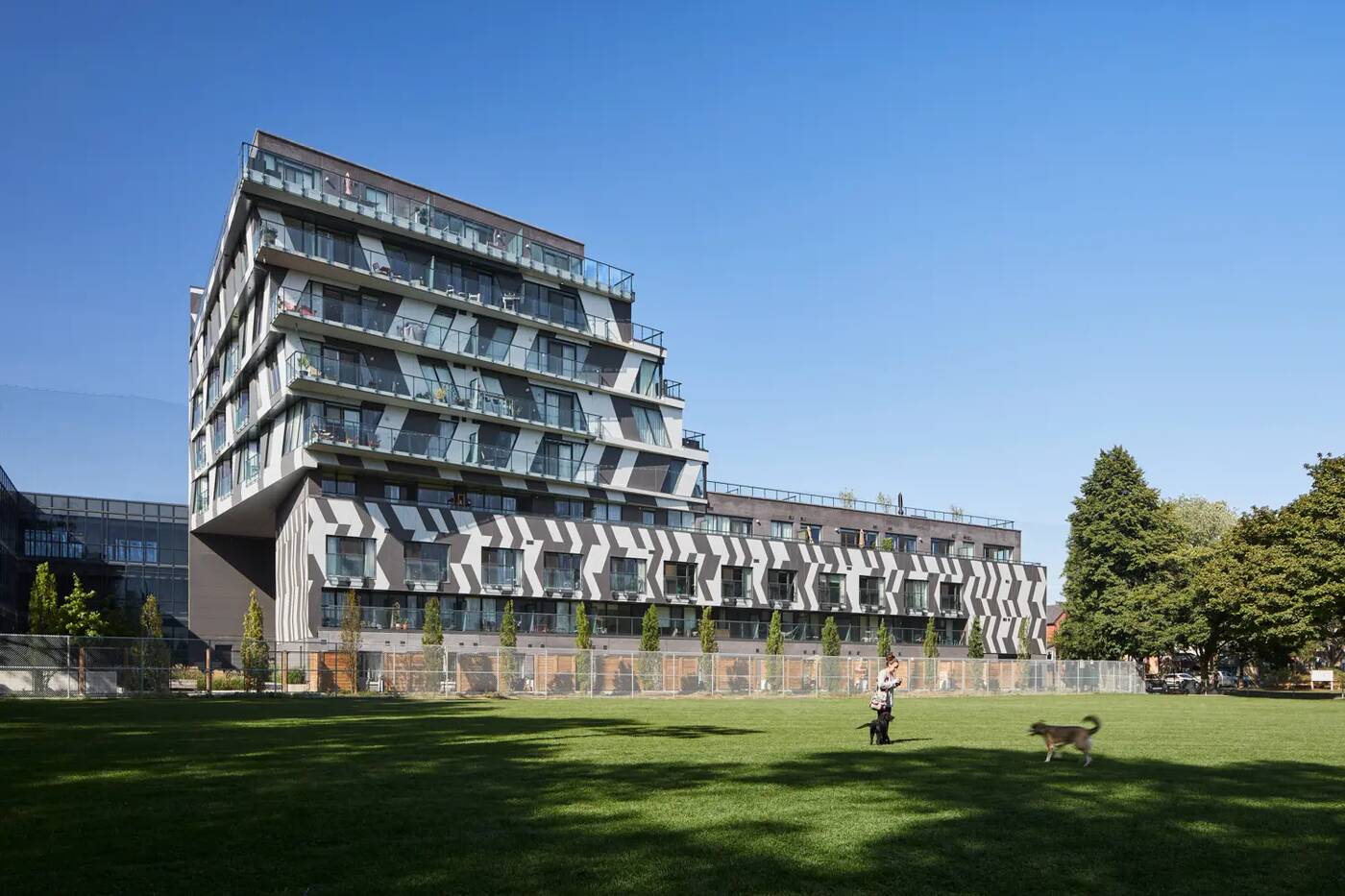 Aragon's Enigma On The Park was completed in 2019 and contains 86 loft-style units in total. Image via BDP Quadrangle.

Located at 138 St. Helens Avenue in the Brockton Village neighbourhood, the Enigma Loft complex is known primarily for two things: Its innovative architecture and its proximity to a popular, City of Toronto-run community baseball diamond.

It wasn't long after the condo building opened in 2018 that tensions began flaring between residents and people using the nearby MacGregor Park to play ball.

By June of 2019, the complex had been hit by dozens of rogue baseballs, prompting the city to install broad safety netting and trees. 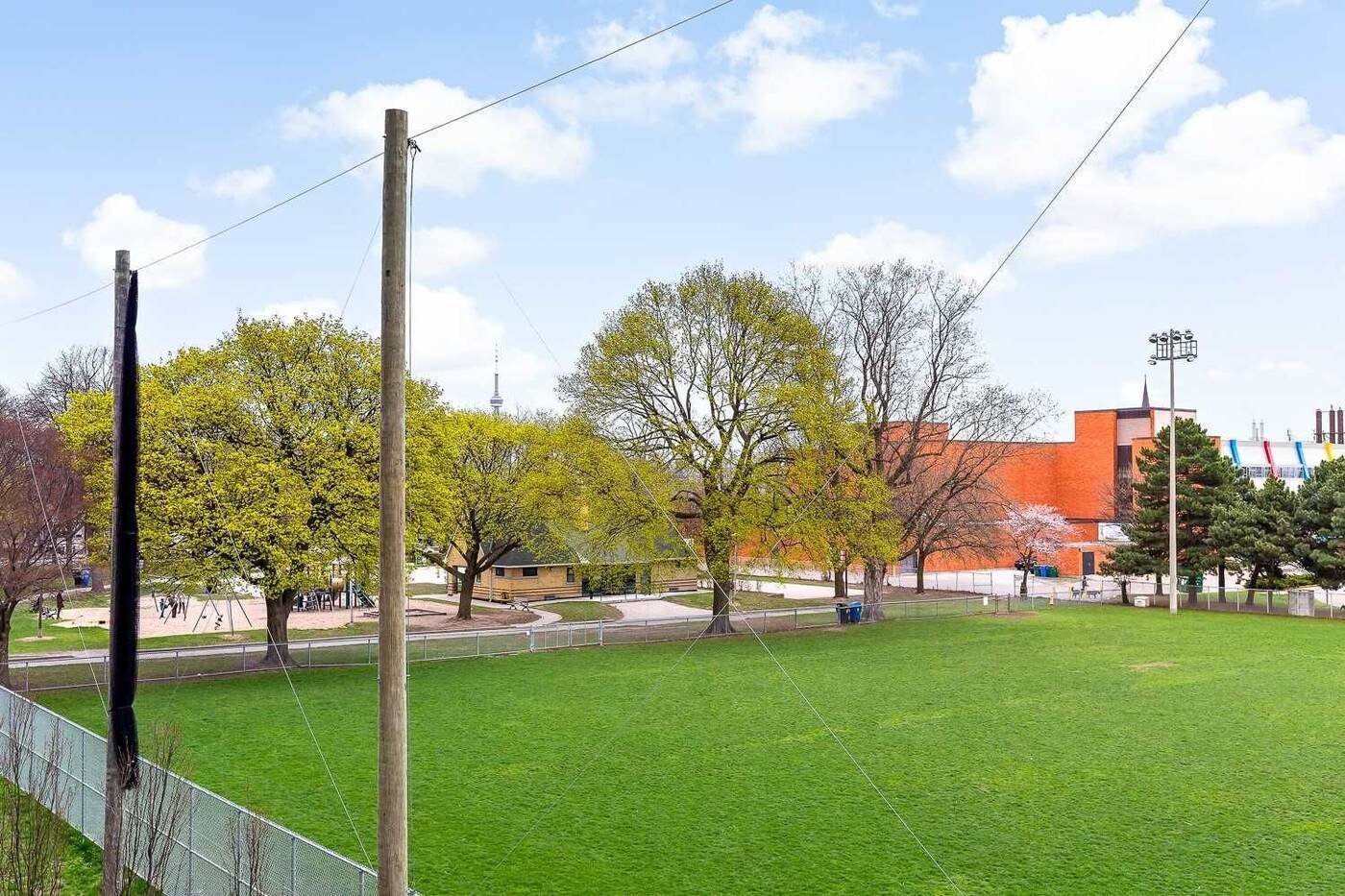 While the probability of being hit with balls while chilling on your balcony has been greatly reduced, if not completely eliminated, the fact remains that MacGregor Park contains a fully lit ball diamond and field house.

It's not the easiest kind of space to ignore when one wants quiet time.

All of that said, the unit itself looks awesome — especially for something listed at only $499,000. 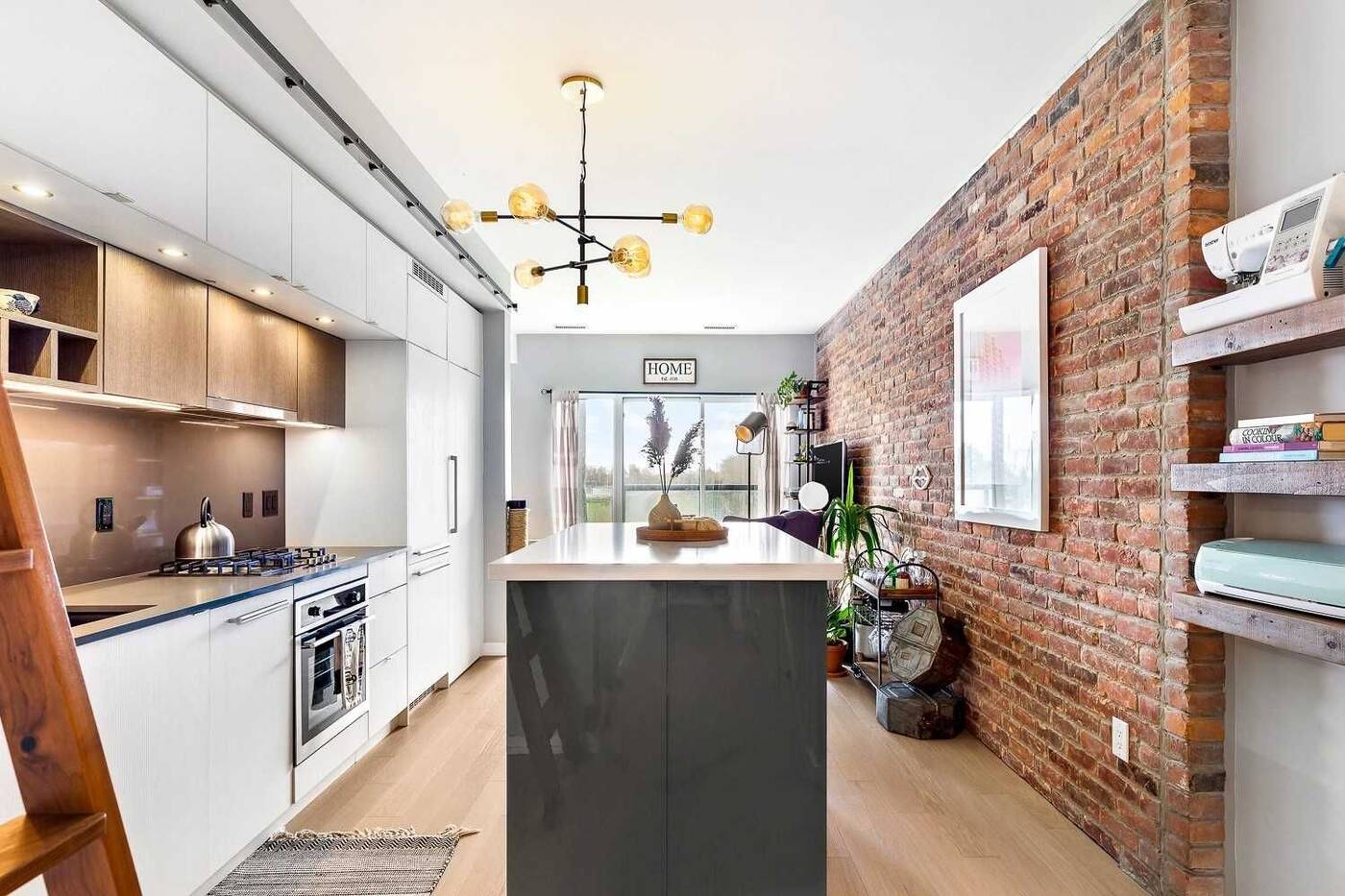 The unit is cozy, to be certain, with just one bedroom and one bathroom. 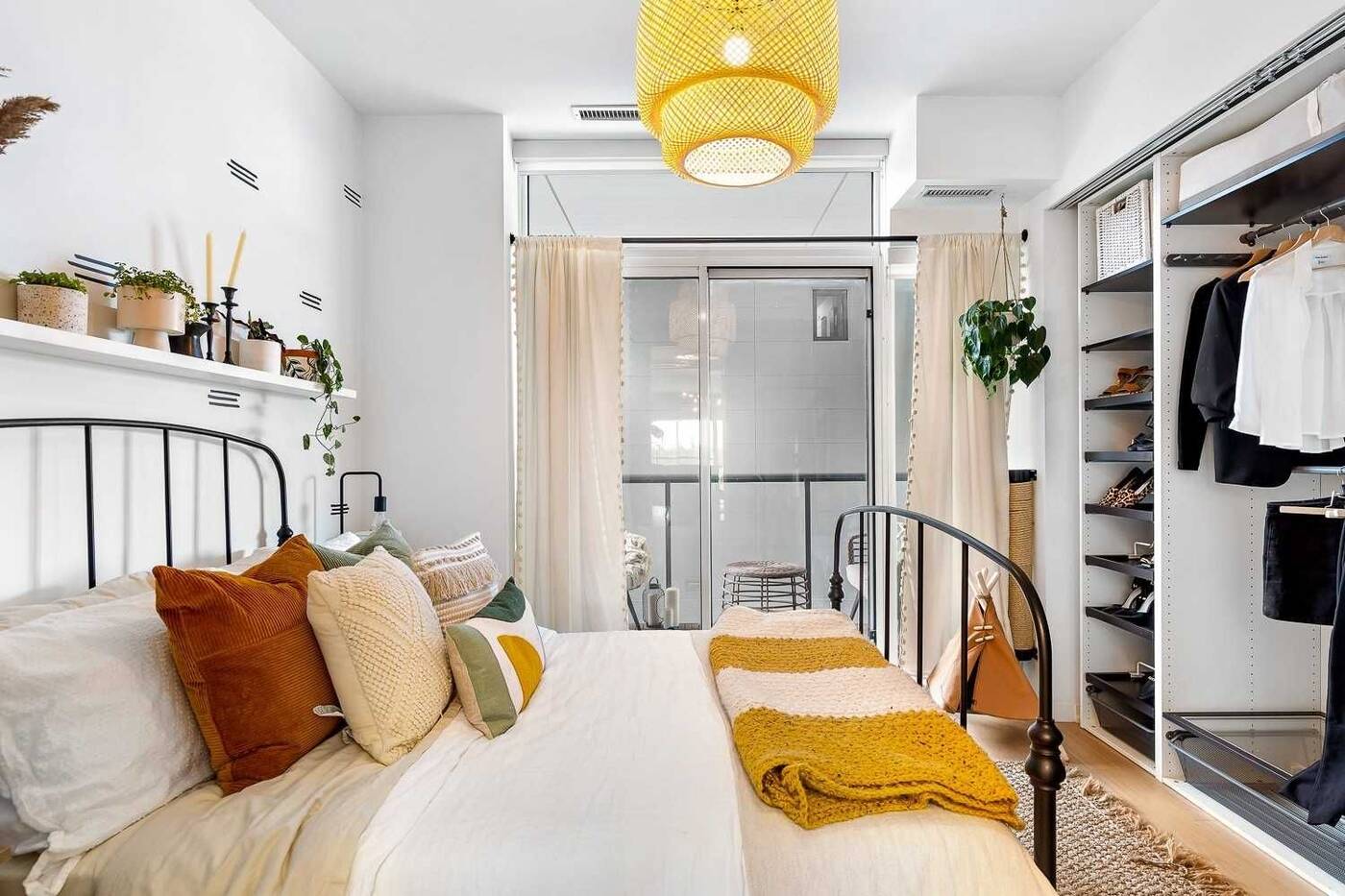 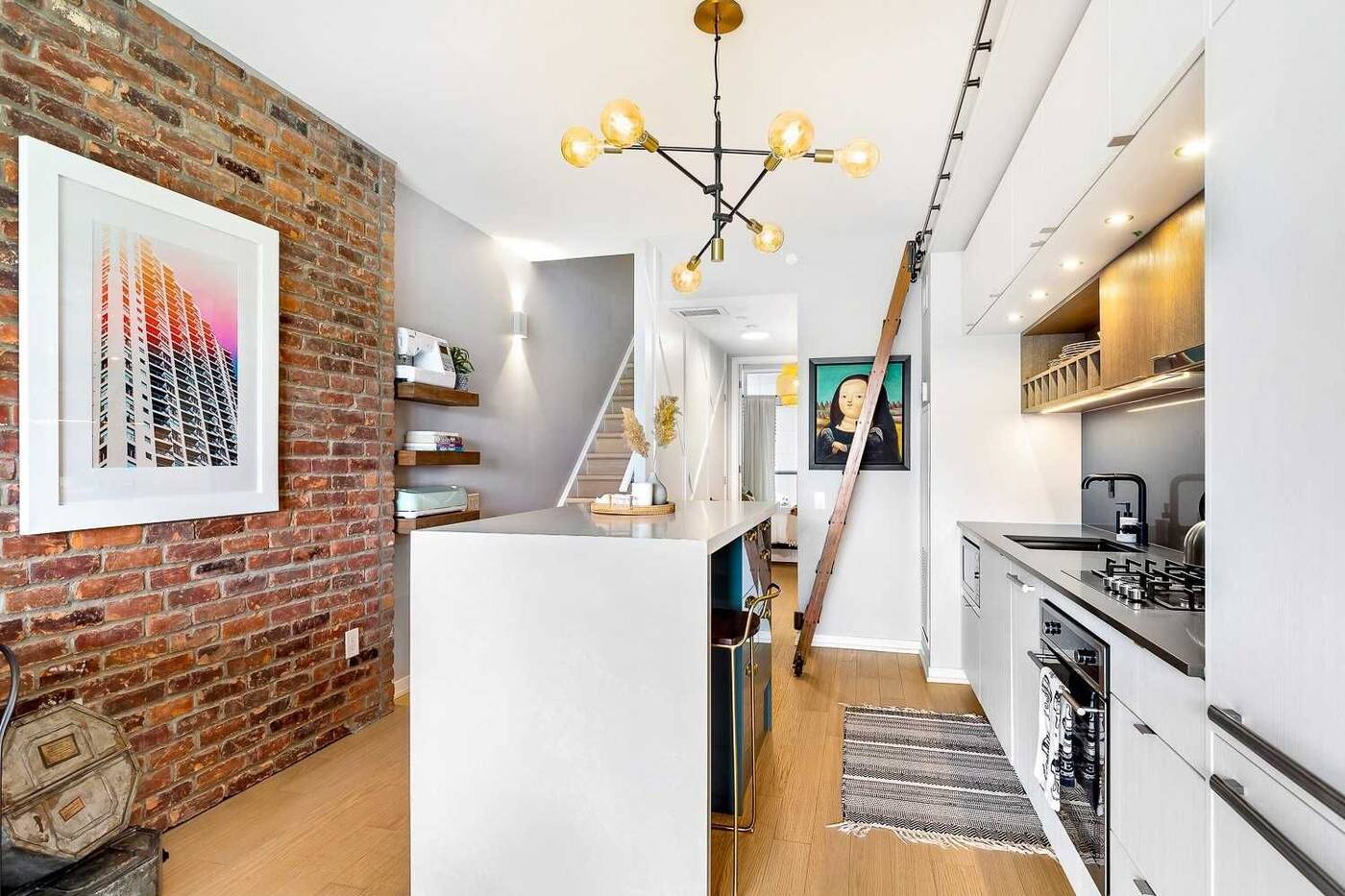 But what the place lacks in physical space, it makes up for with innovative storage solutions. 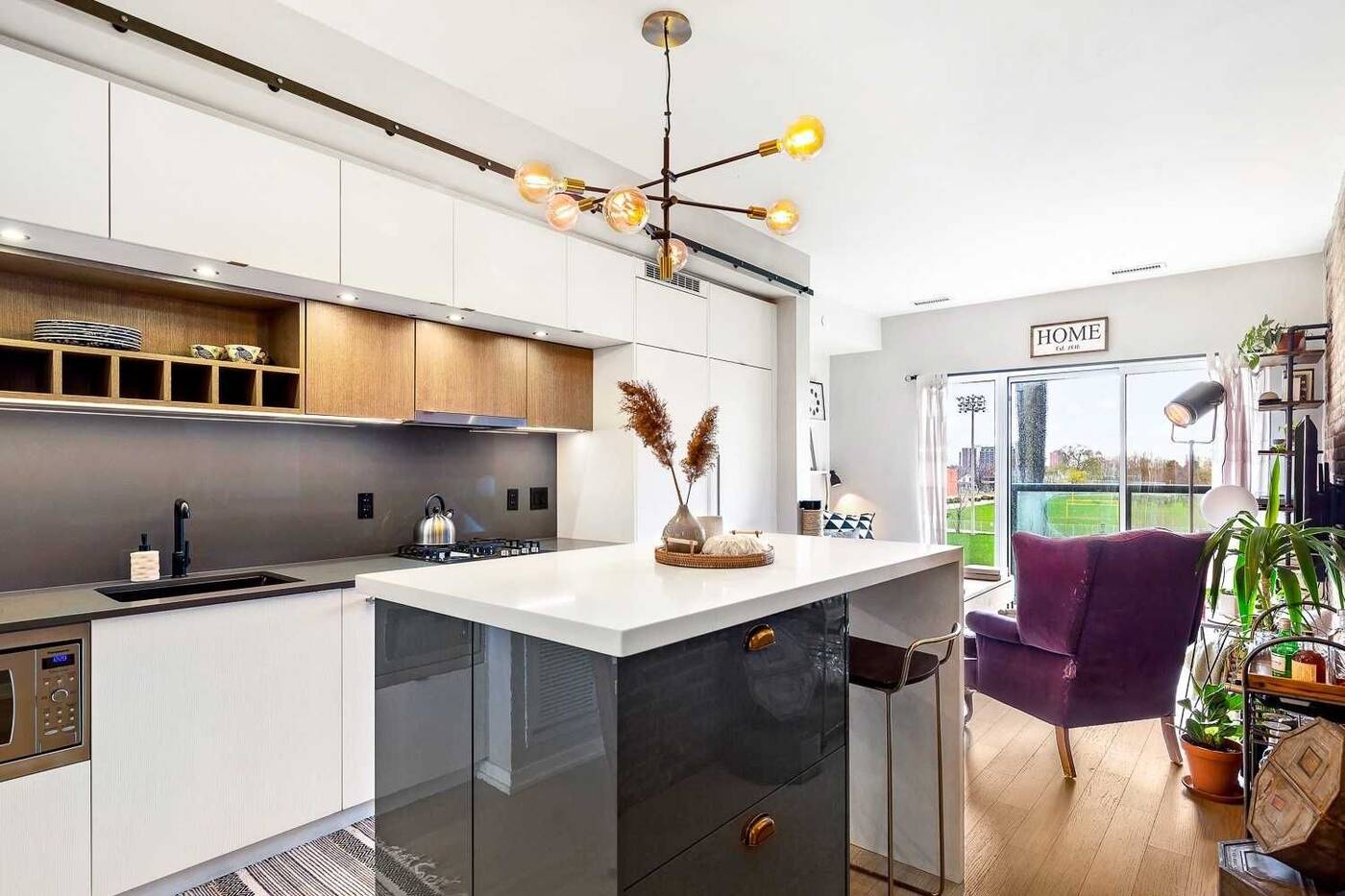 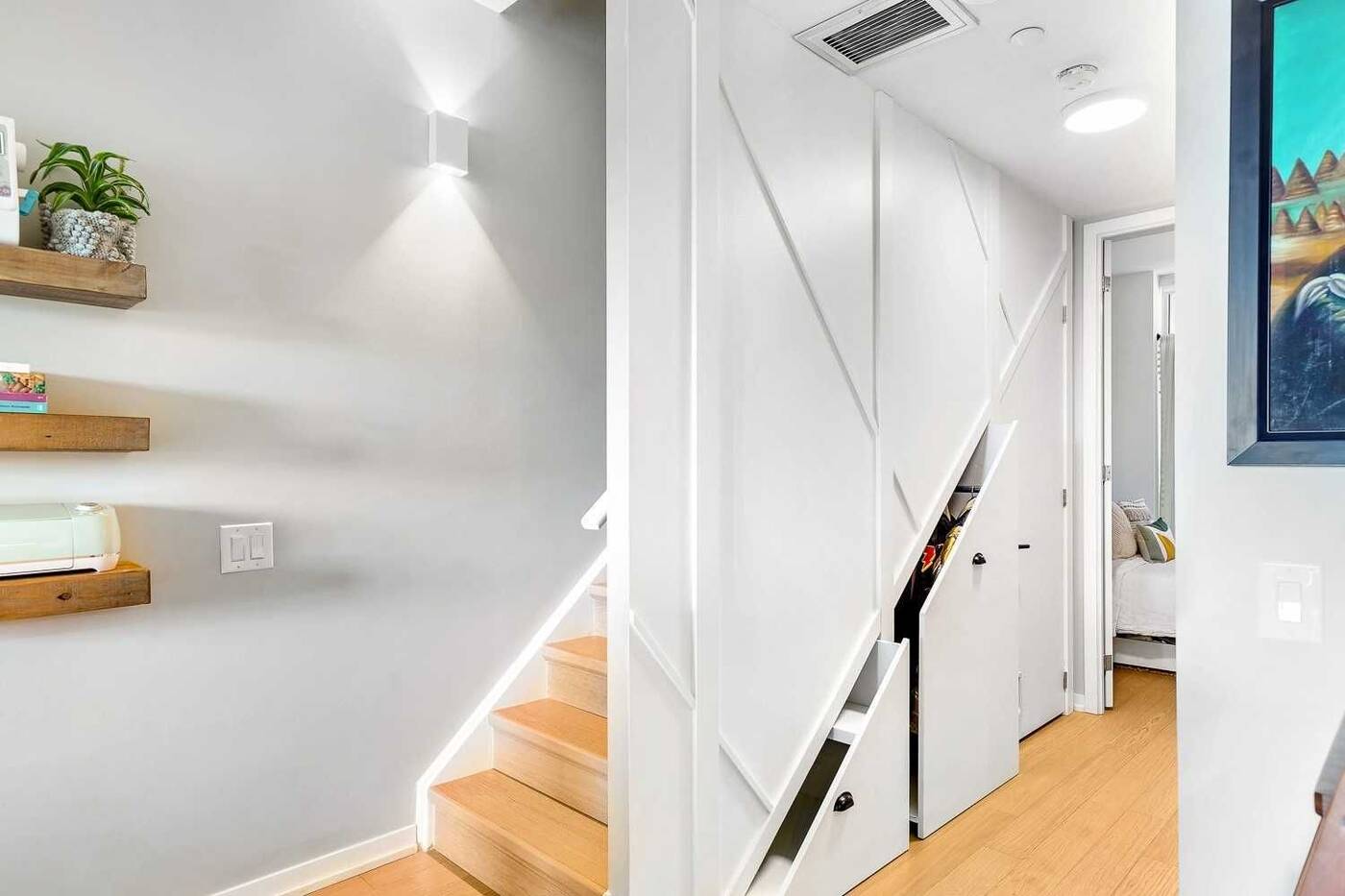 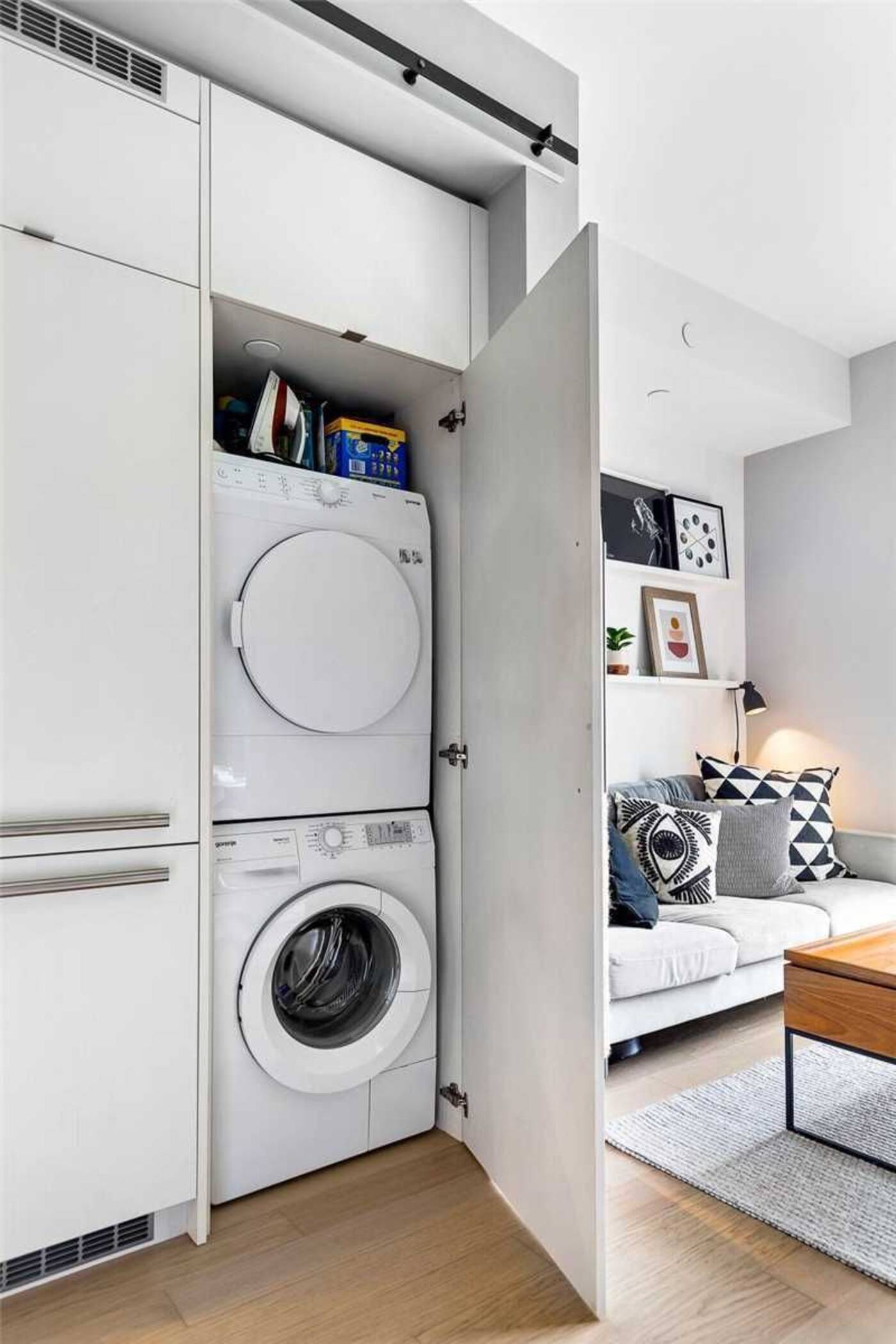 And cabinets placed up so high that they come with a sliding ladder for access. 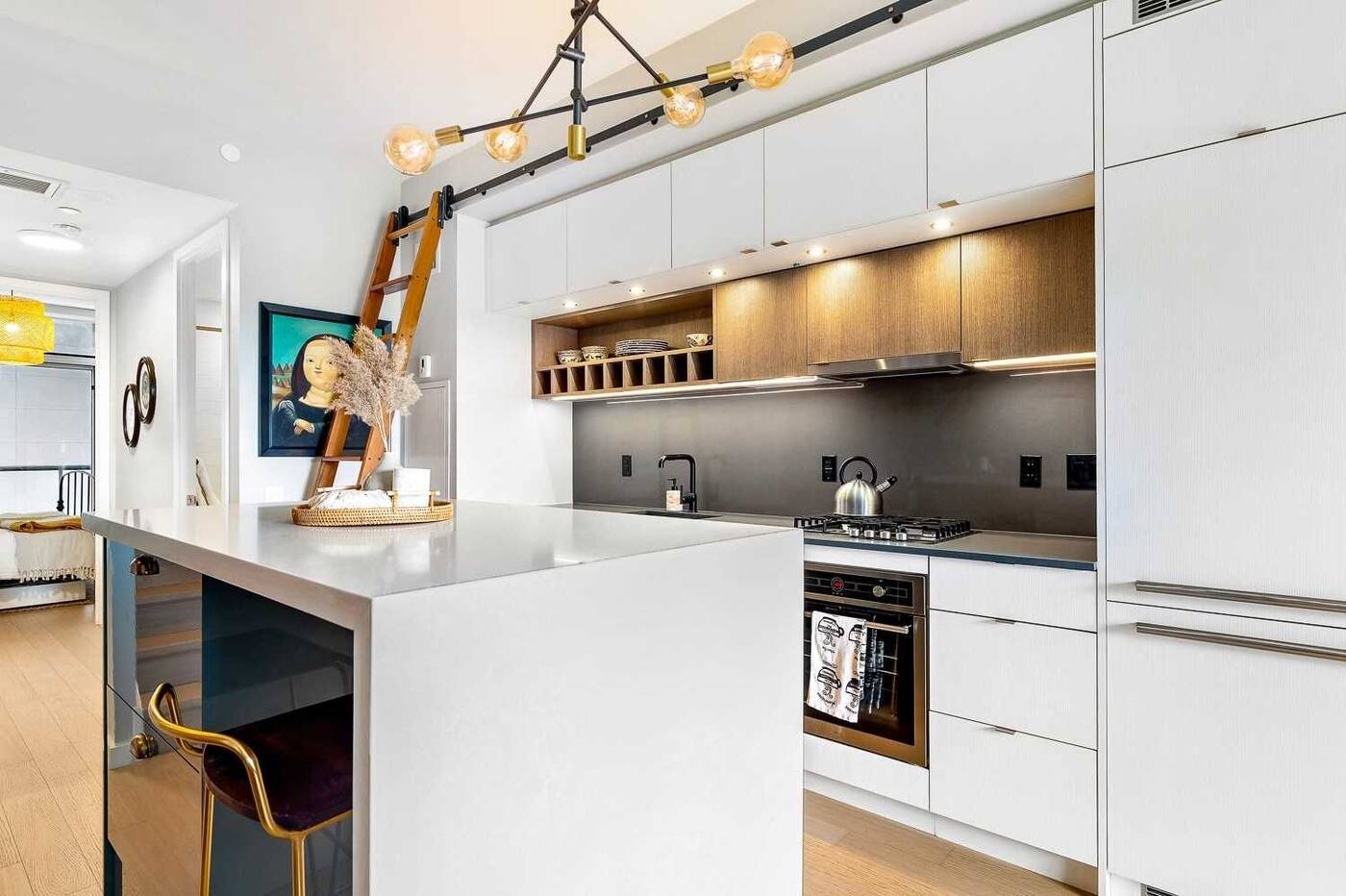 As staged, the unit is gorgeous, boasting many sought-after design features including a reclaimed brick wall, integrated kitchen and wide-open layout. 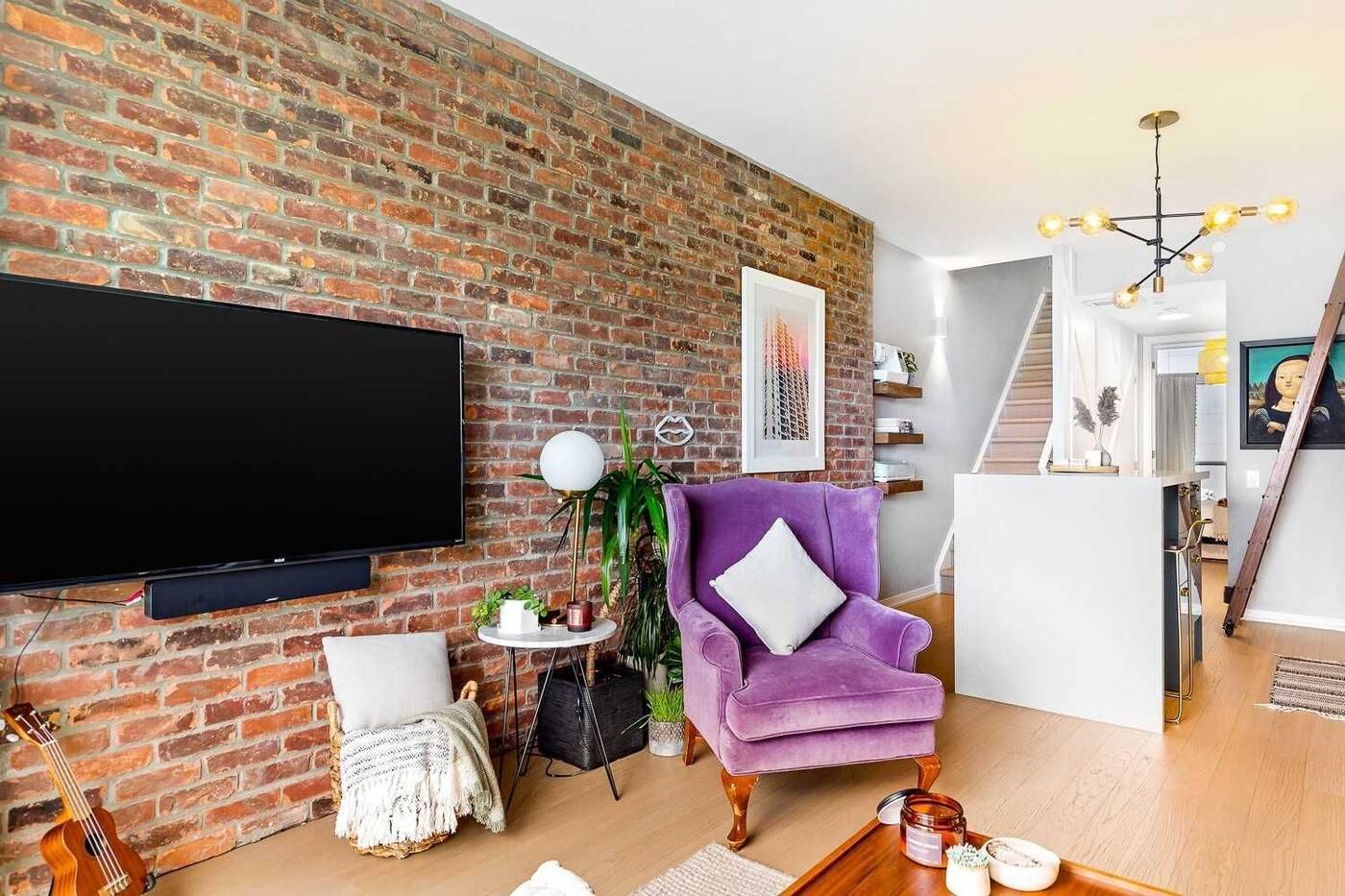 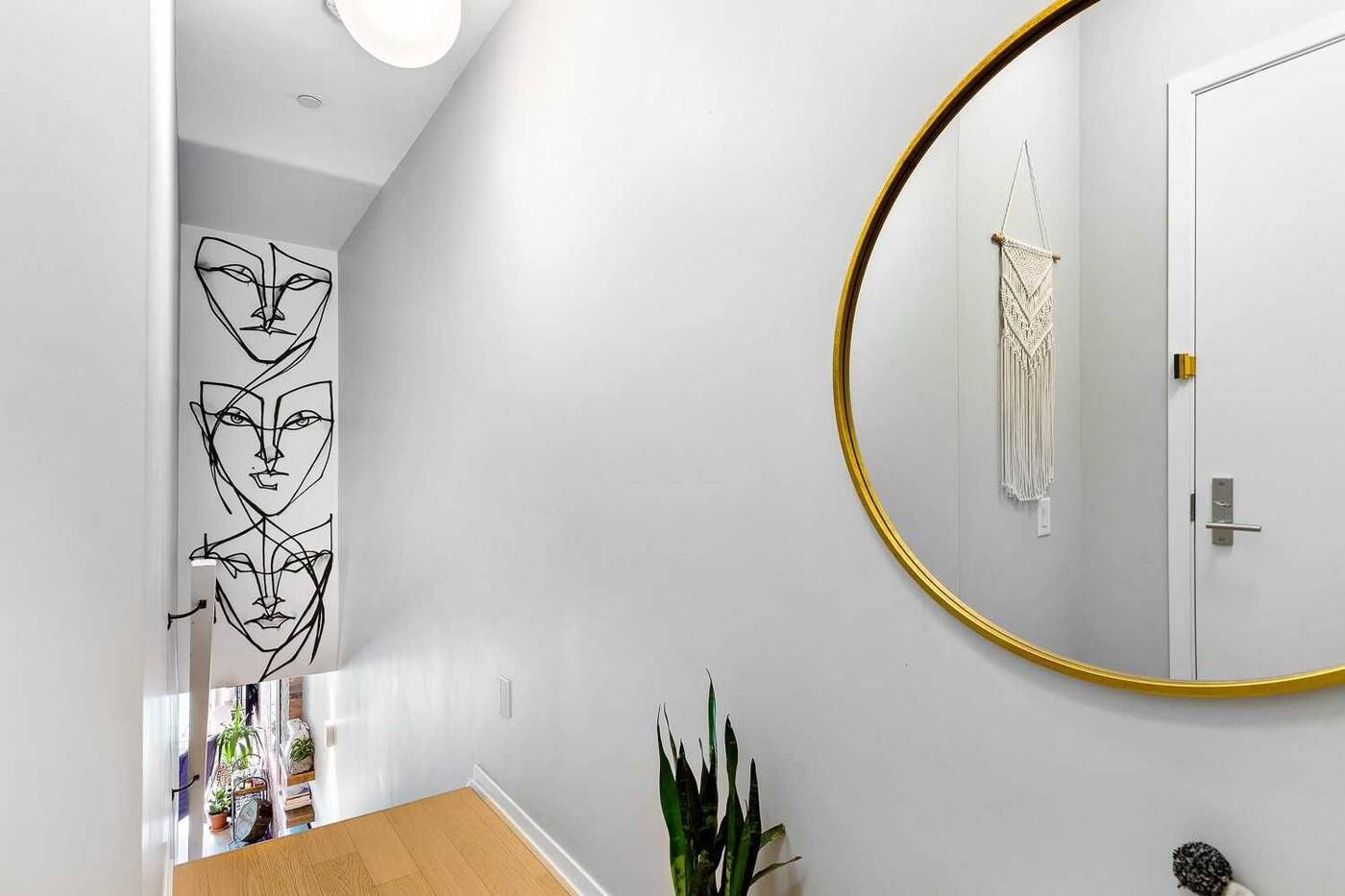 A private covered balcony adds some extra space for entertaining, at least during warmer months. 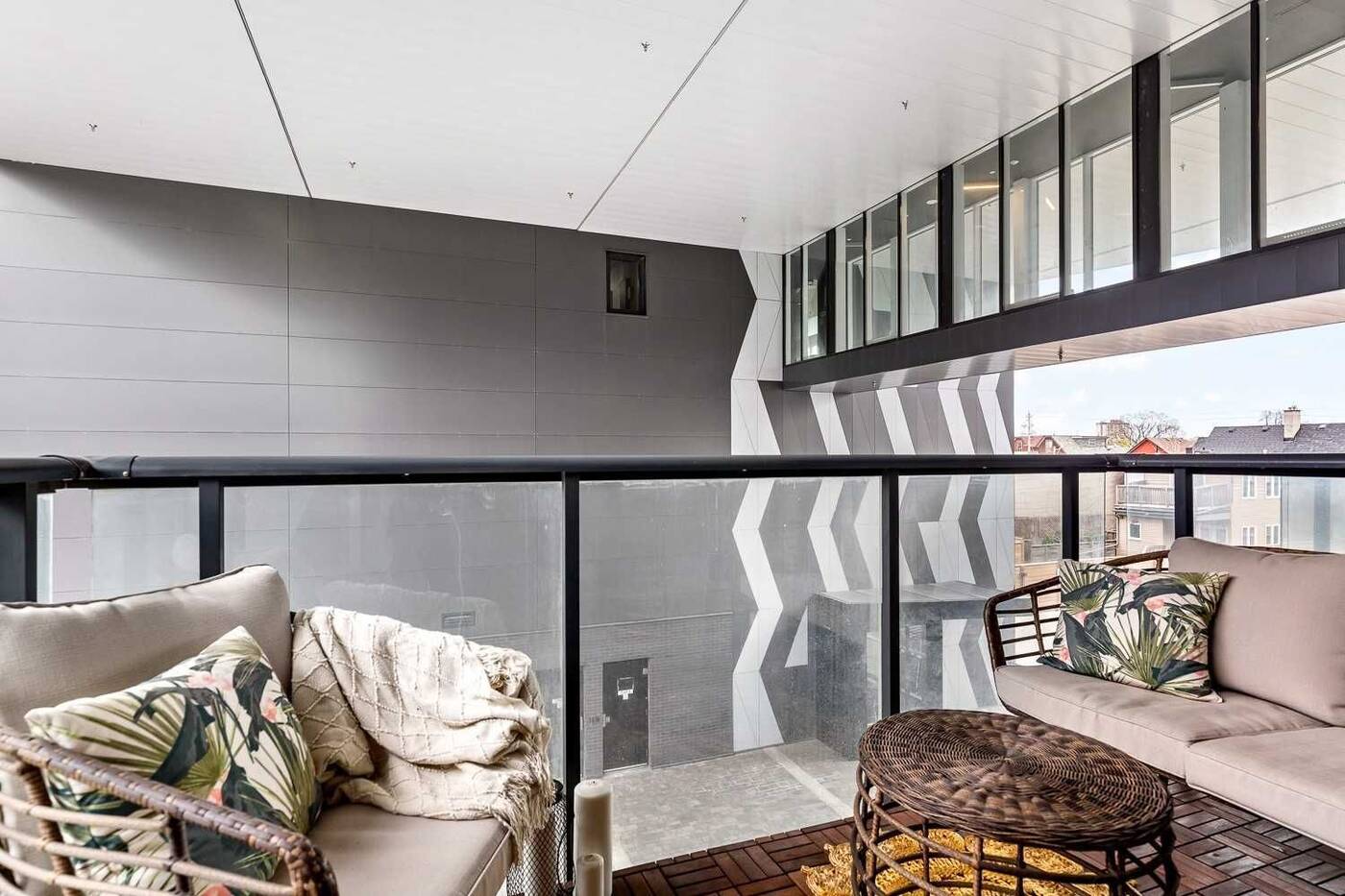 The building has its own rooftop garden, gym and party room, and the unit itself has been fitted with "custom upgrades throughout," according to the listing. 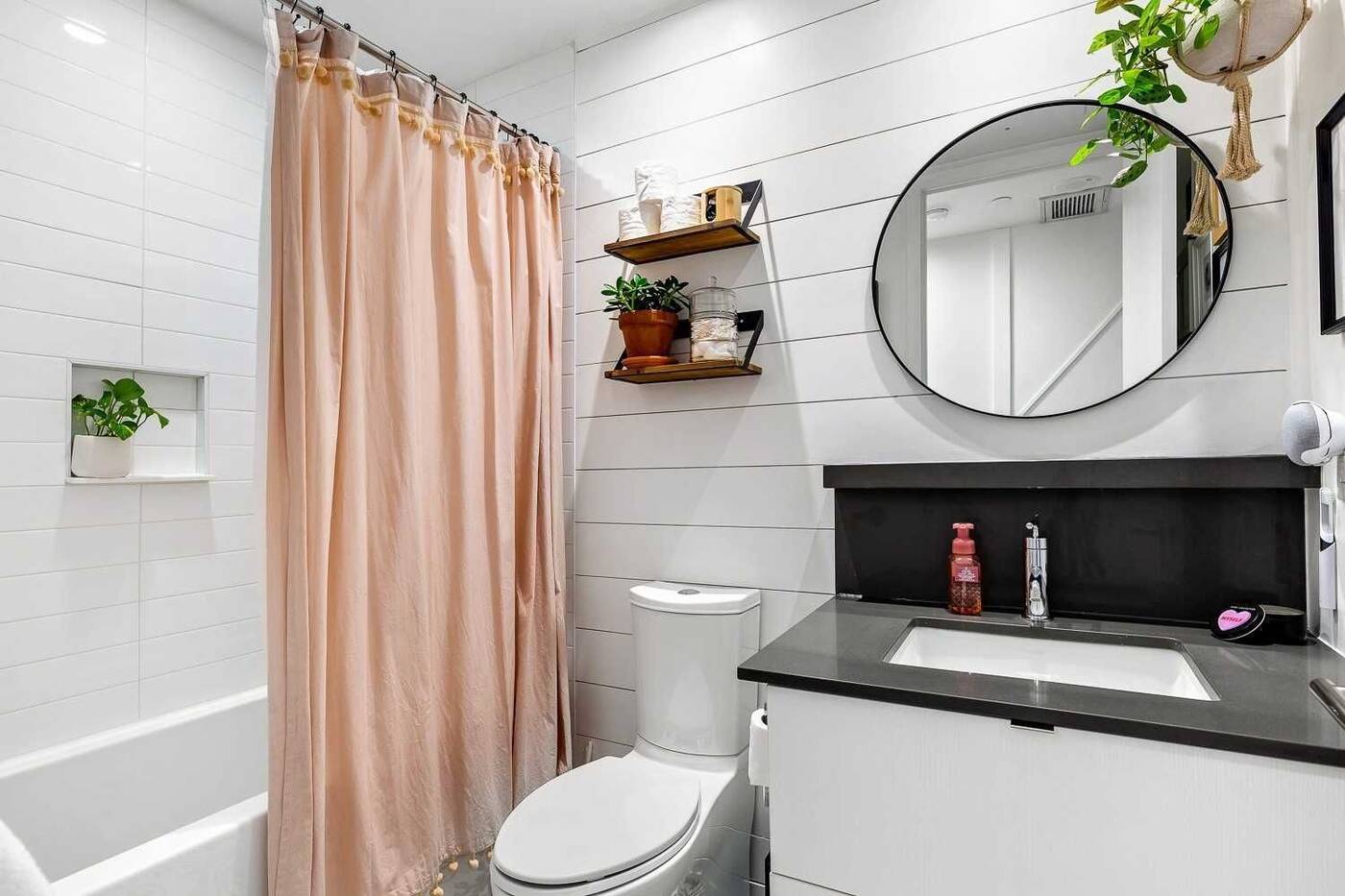 What little closet space the unit has is laid out well and looks like an organization buff's dream. 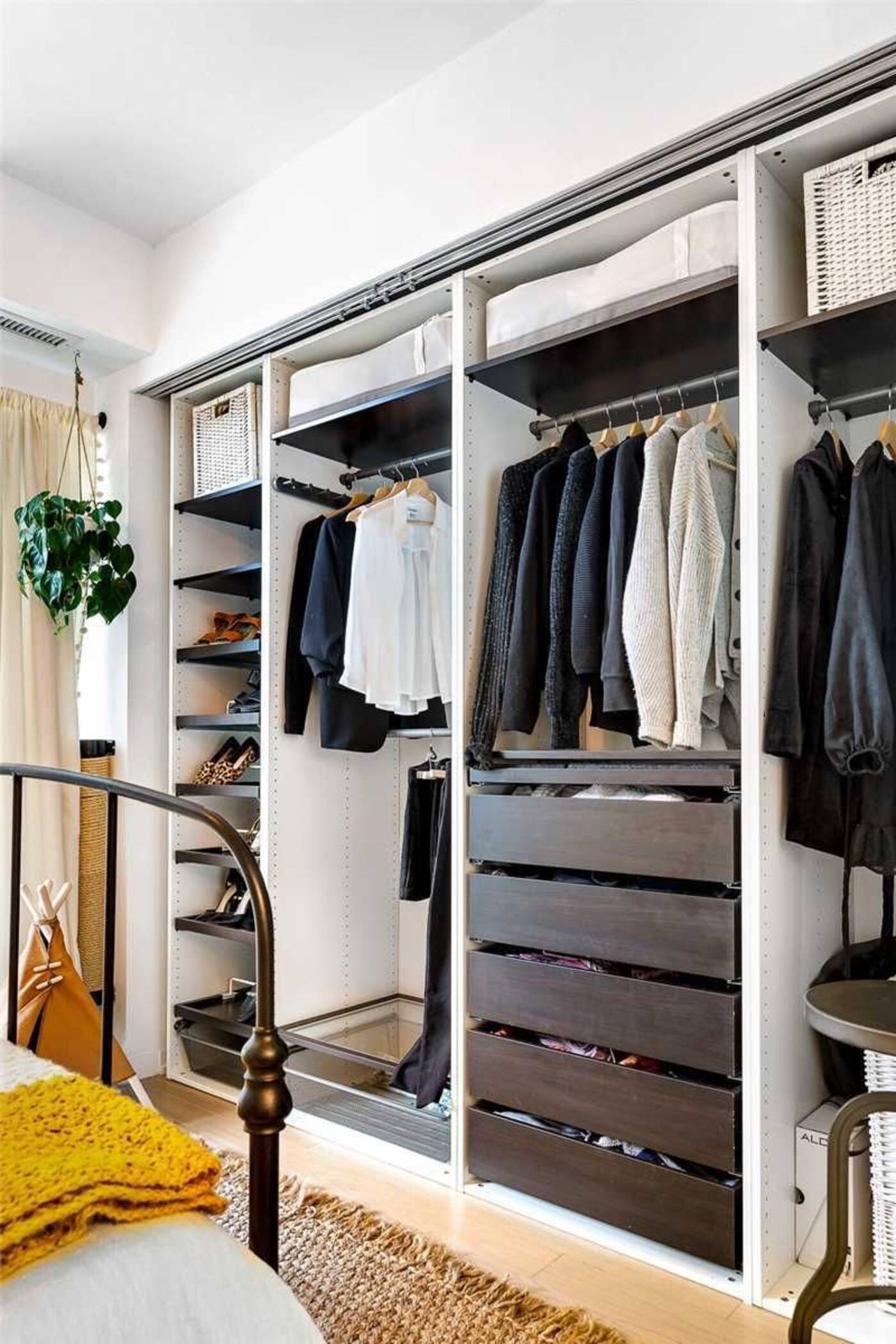 Fortunately for people with larger wardrobes, the unit comes with a storage locker. There's parking onsite, but a parking spot does not appear to be included with this condo (unless you're talking about bikes! It does have a bike parking space). 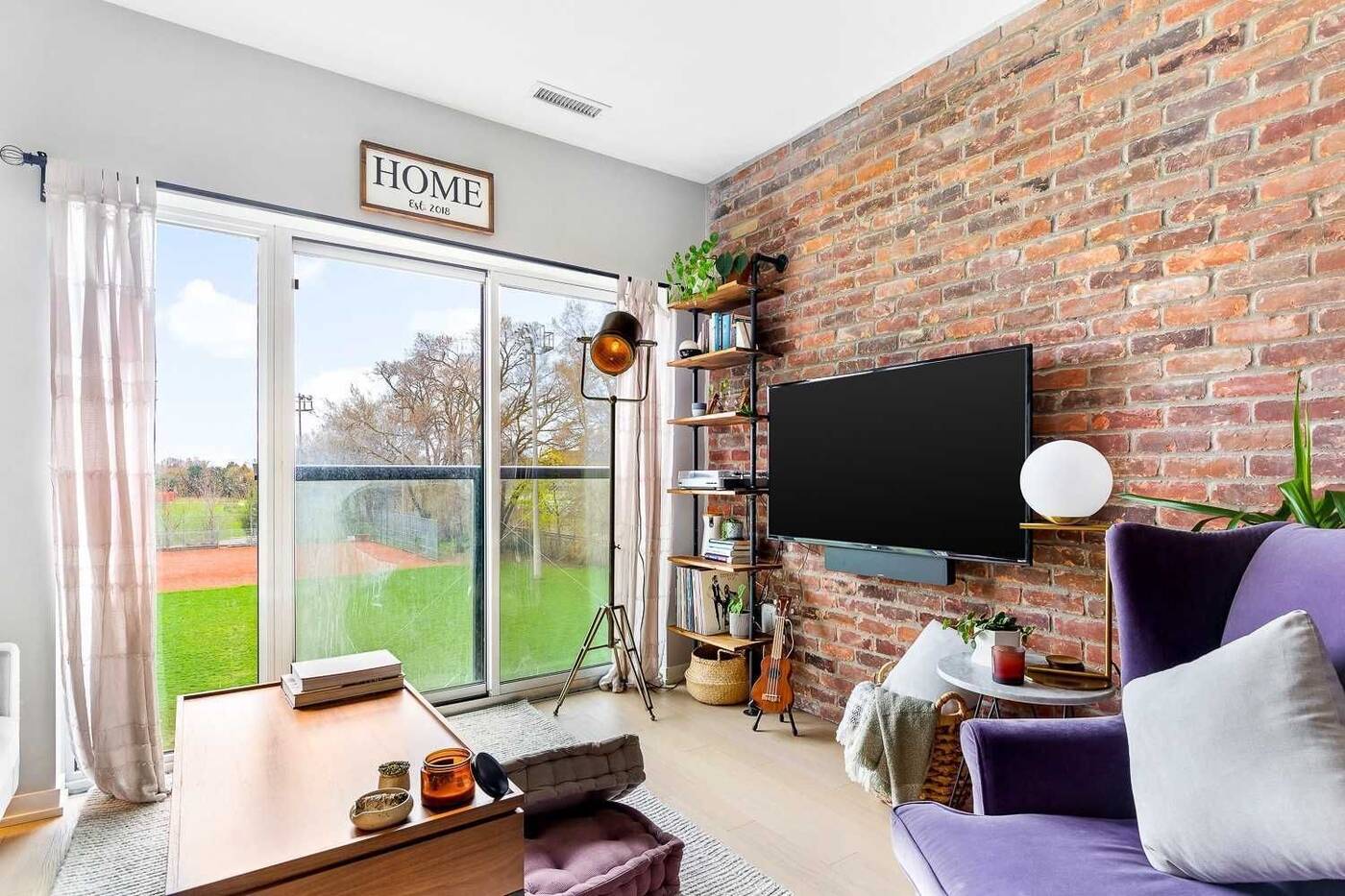 Living beside an active baseball field may not be for everyone, but someone who likes watching little league games would surely delight in all of the free entertainment off their Juliet balcony.