After more than 100 years in a Toronto neighbourhood, an old garage that looks like a little barn got a new lease on life as a laneway suite.

Dubbed the Little Barn Laneway Suite by Toronto architects Creative Union Network, the structure on Northcote Avenue in Beaconsfield Village was last used as a garage but its original use is not clear. 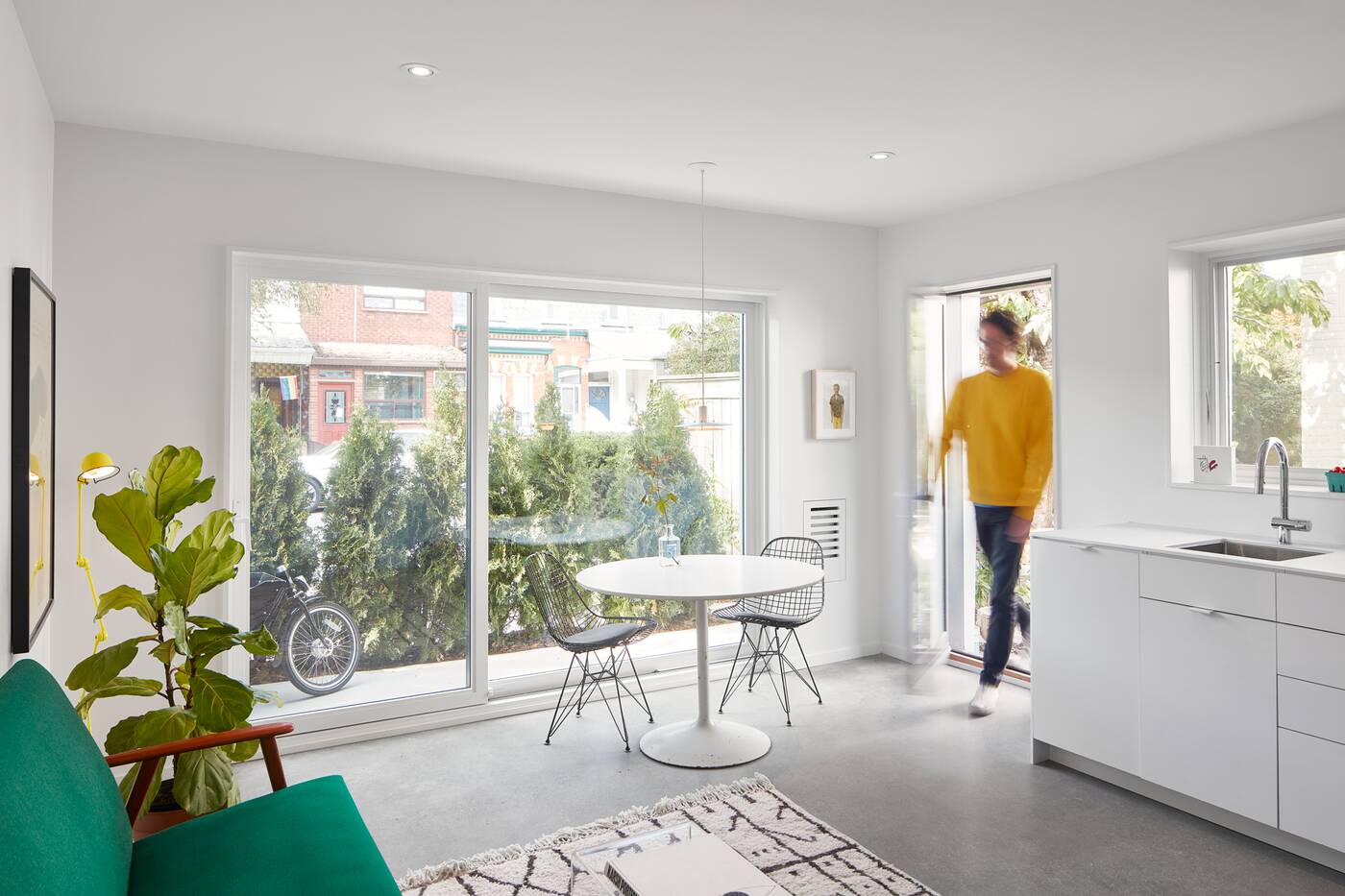 The ground floor has just enough space for a kitchen area, sofa and a small table.

"We don't really know if it was a barn, it is just a nickname we gave it because of its form and appearance," Creative Union Network architect Timothy Mitanidis told blogTO. 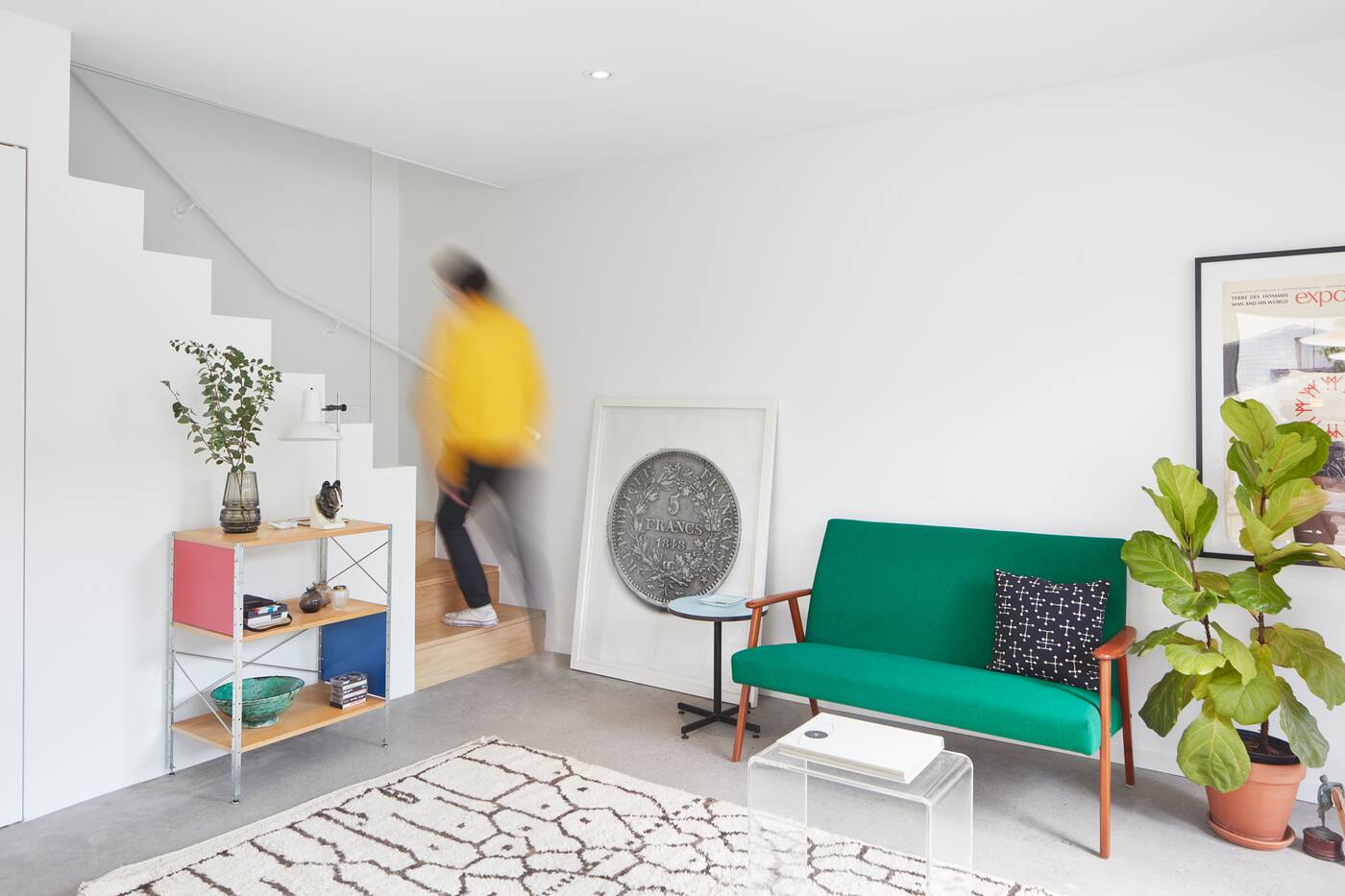 The 600-square-foot home has a minimalist style.

The building has been in the neighbourhood since around the late 1800s, said Mitanidis who used City of Toronto historical maps to find the building.

"Through the years they renovated it, updated it and changed it but we think the building has been there since the early turn of the previous century," he said. 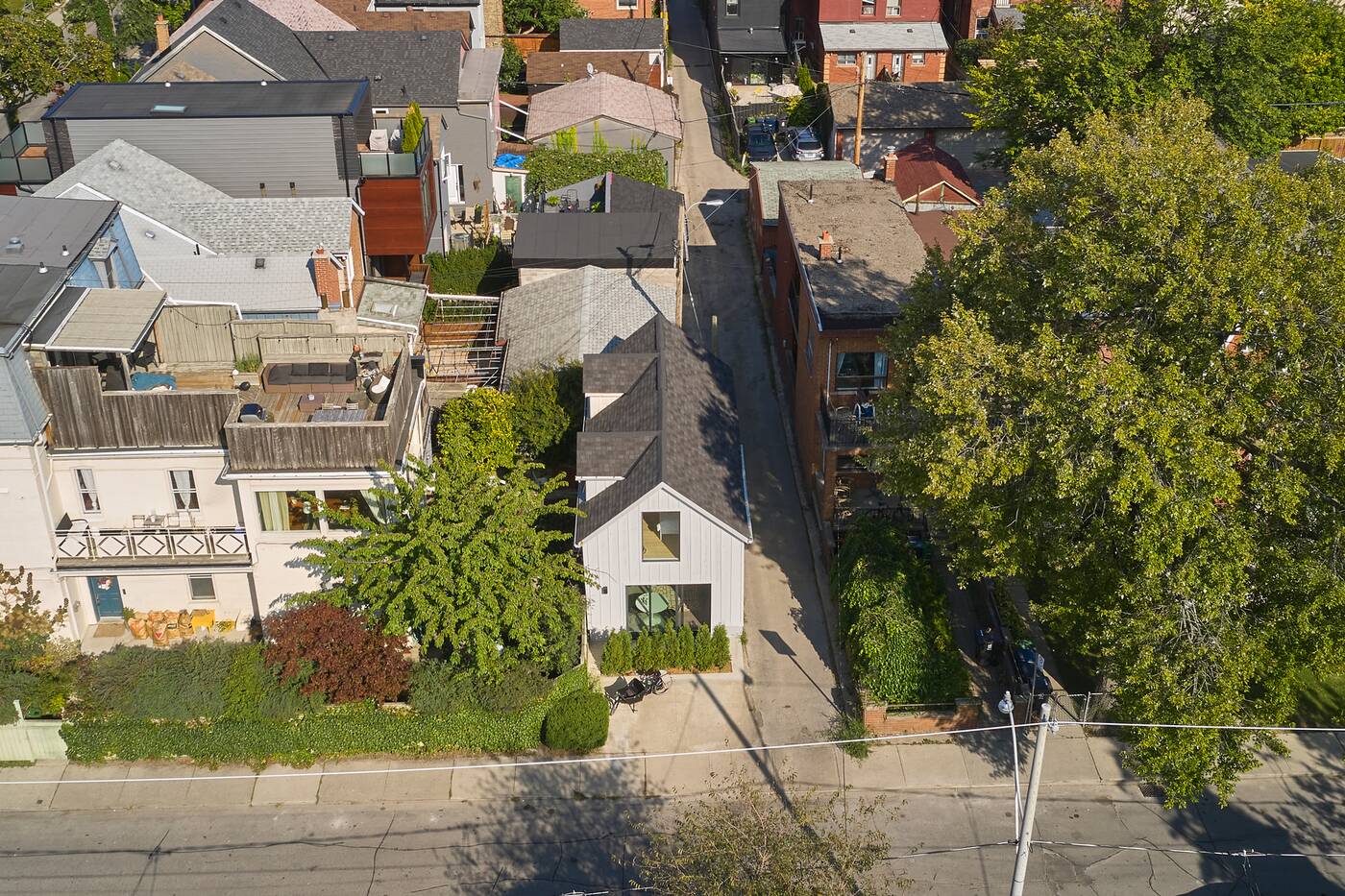 The structure has been in the neighbourhood for over 100 years.

The last use of the 600-square-foot building was a garage, said Mitanidis. It had a loft that was used as storage.

The owner, a Rotterdam-based graphic designer, wanted to convert it into a living space for himself when he comes back to Toronto. He rents out the main home. 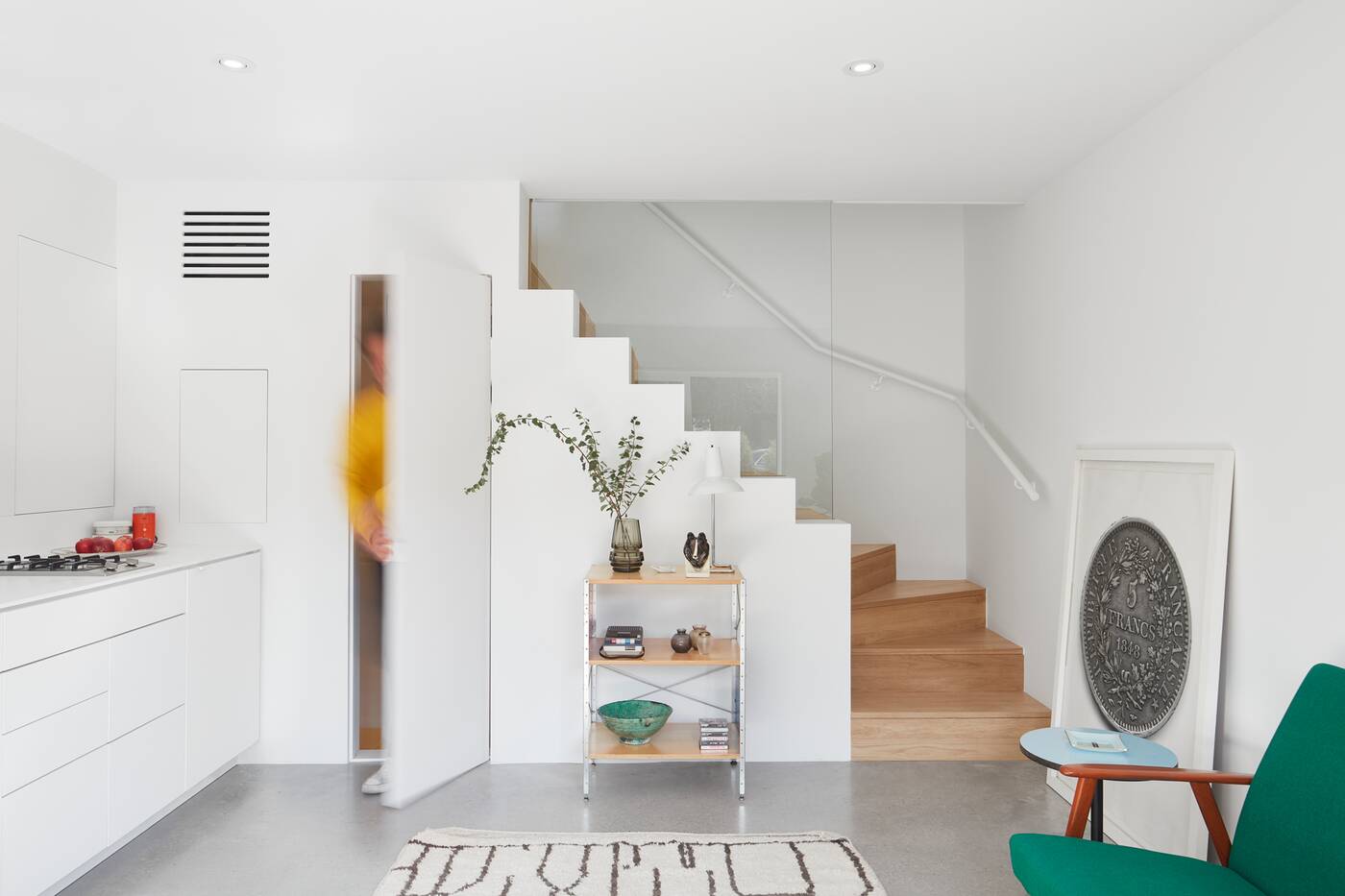 The bathroom is under the stairs.

The design process took a bit of time because the structure is a bit too close to the laneway and to the main home, so they needed approval from the city's committee of adjustment. They argued that the structure had been a familiar presence in the neighbourhood for a long time.

"We wanted to preserve the existing character of building without having it demolished," he said. 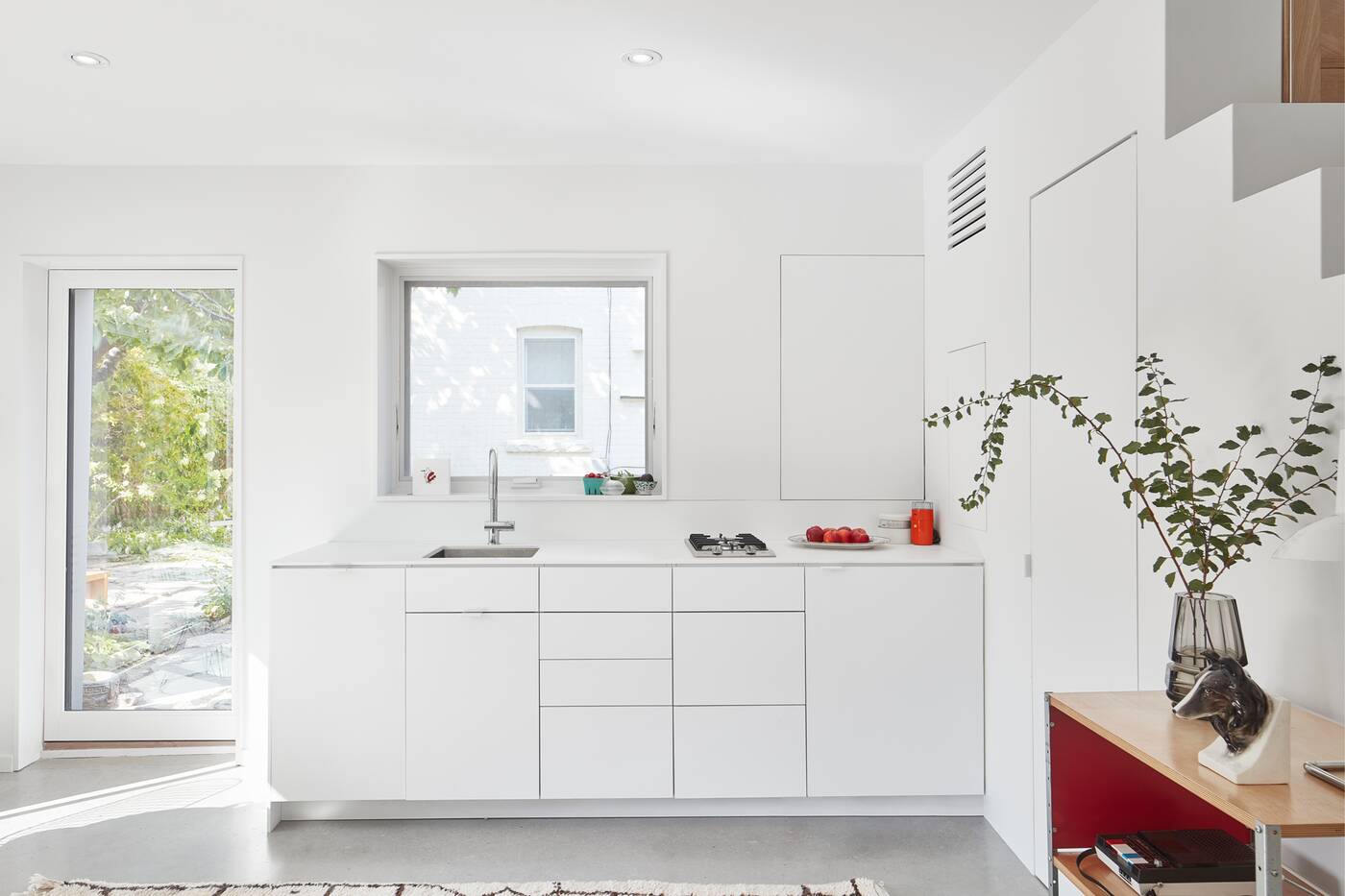 The kitchen has a mini-fridge and stovetop.

The city agreed and Mitanidis set about converting the space into a two-storey, one-bedroom unit. The original siding remains on the exterior. A second wall was added to the interior and the entire building was insulated making it energy efficient. They demolished the existing floor slab to install plumbing and a heated floor.

"It is a really comfortable and calm space now," Mitanidis said. 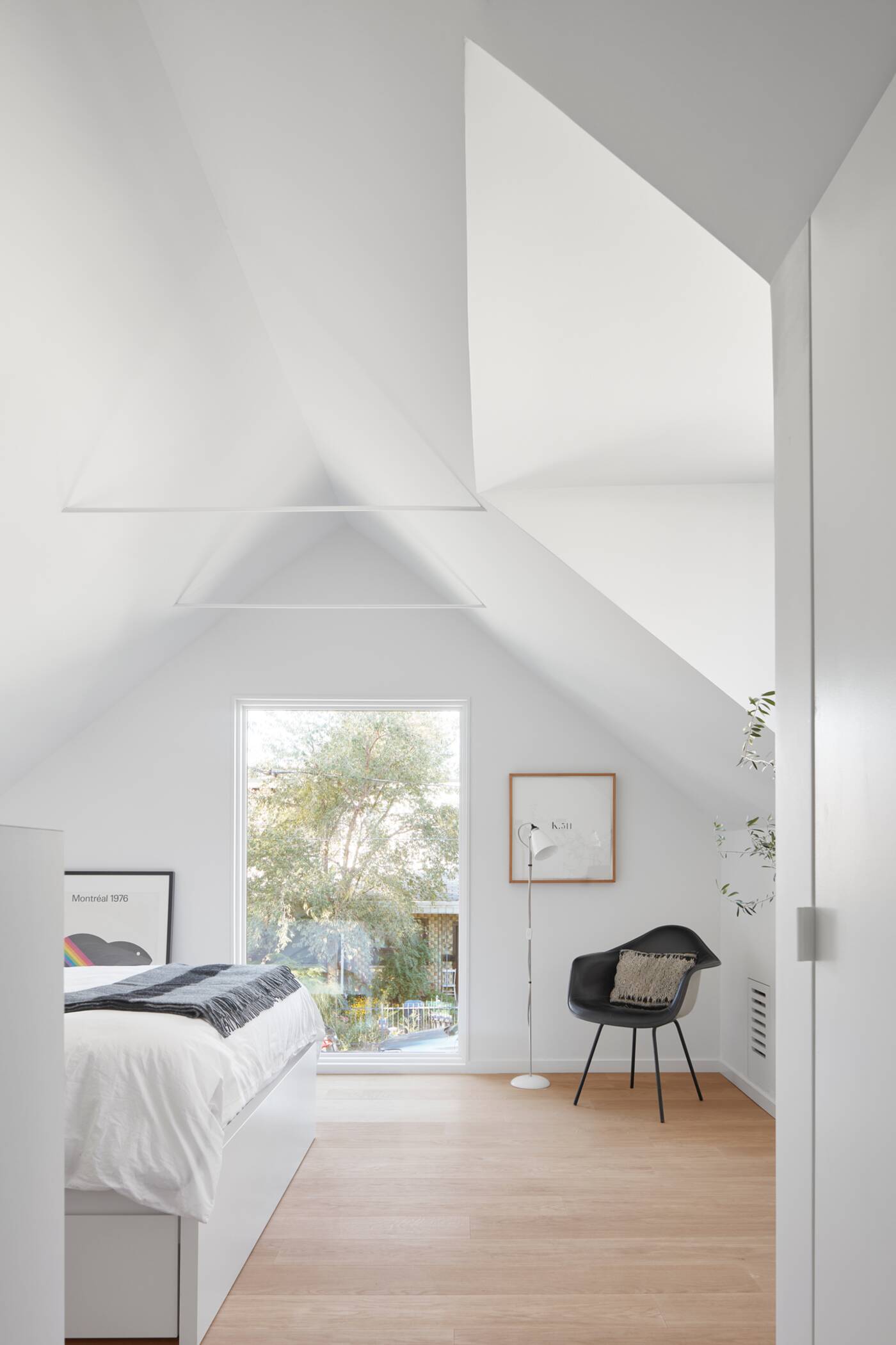 The bedroom has a skylight and the large hayloft window.

The hayloft opening had been closed creating a mysterious, impenetrable feel. It is now open with a large window. On the main floor, huge windows create a bright living and kitchen space.

"It's created a much nicer connection between the interior and the exterior." 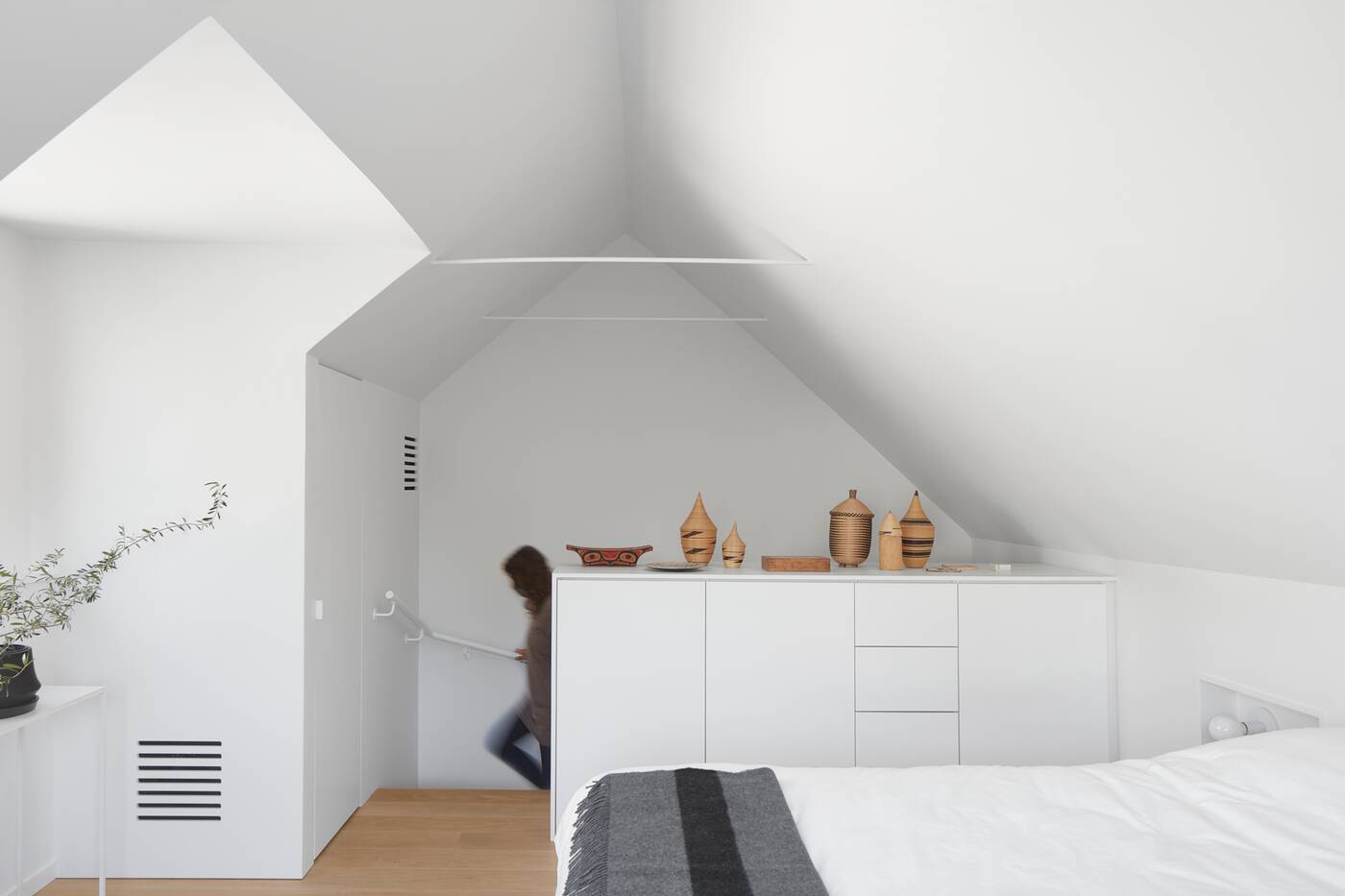 There is a small cabinet for storage in the bedroom.

The home, completed in 2020, is minimalist with just the essentials for living. There is a tiny kitchen, a bathroom under the stairs, and the bedroom upstairs. 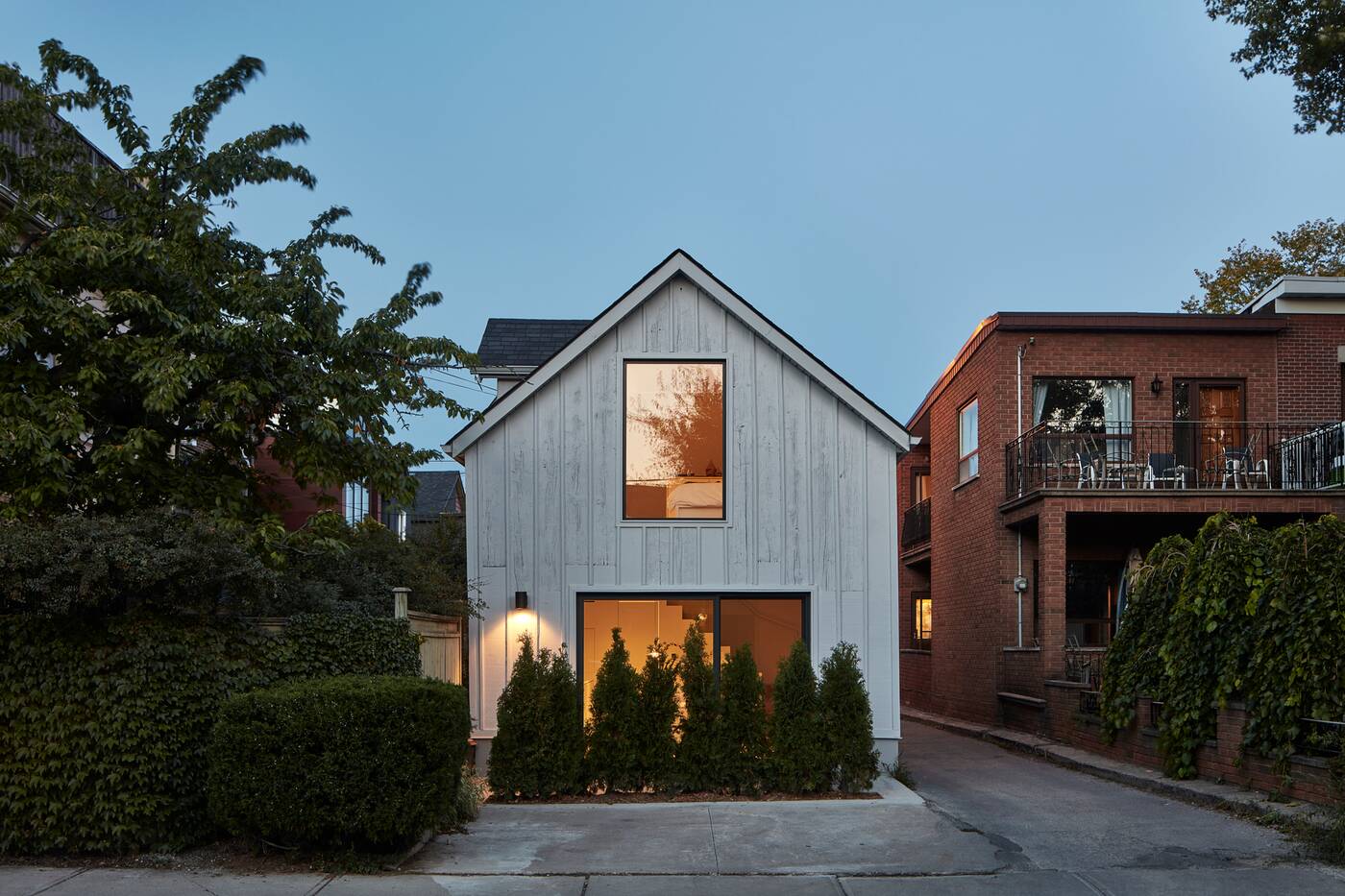 The exterior looks much the same but with the added windows.

As a graphic designer, the owner knows how to create a beautiful space.

"He has a great sense of style and aesthetic," said Mitanidis "He chose a lot of great pieces that really accentuate the qualities of the space."