Tenants who refused to be evicted from their Keele Street home showed up outside their alleged new landlord's home to protest the decision.

Though a tenants rights organization tells blogTO the building was acquired by a numbered company, they say the person behind it is Brendan Riley, the CEO of Riley Real Estate Ventures.

According to RenovictionsTO, within days of the 12-unit apartment building being acquired, eviction notices were issued to all tenants, citing a plan to renovate the building. 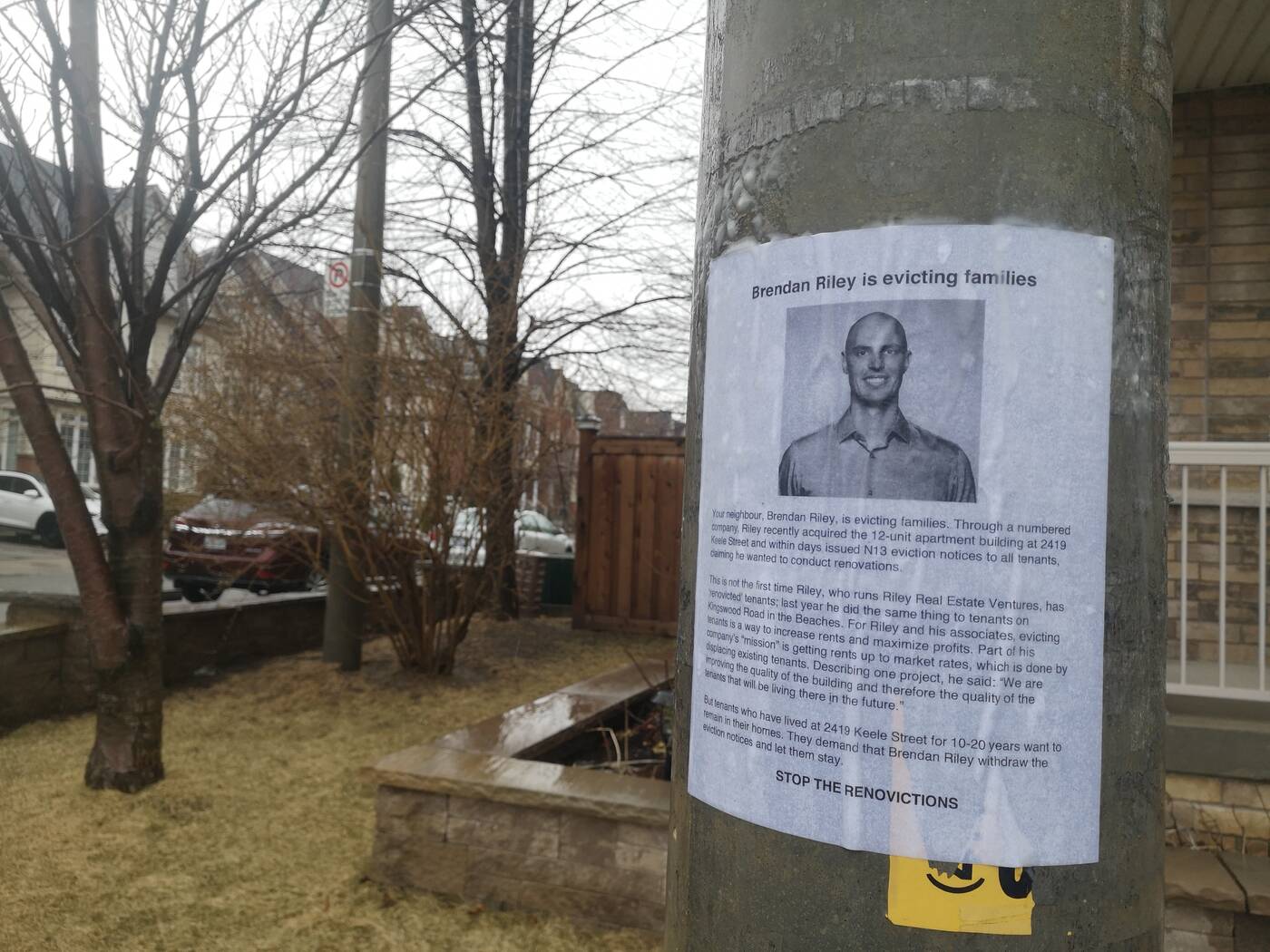 This time around however, the tenants were quick to organize, meeting as a group right away and fighting back against the N13 eviction notices they were issued.

The group took various actions to protest the renoviction – the term used to describe an eviction prompted by a planned renovation – culminating in the protest outside their landlords new home.

According to the RenovictionsTO team that helped the tenants organize, on Sunday, Riley made a verbal promise to withdraw the notices. The promise was recorded on video and now the tenants are just waiting to receive official confirmation in writing.

"From what we know, we don’t think he’s gotten this kind of pushback from previous tenants," Philip Zigman of RenovictionsTO told blogTO.

"We see this with renovictions in general. People don’t understand their rights and don’t realize they can push back."

blogTO reached out to Riley through the email address listed on the Riley Real Estate Ventures website, but had not received a response by press time.

Zigman believes that the tenants being quick to meet as a group and insist that the landlord only speak with them collectively is the reason they were able to prevent the renoviction.

Zigman told blogTO that landlords will often meet with tenants one by one to try to pick people off by offering buyouts and suggesting it's already a done deal. In this case, the entire building stuck together and it seems that their resilience may pay off.