Toronto has long been known to have some of the most outrageous rental prices in the country, but the pandemic has succeeded in somewhat cooling off a rental market that was experiencing seemingly unstoppable exponential growth just over a year ago.

Being a tenant in the city still isn't cheap, but it turns out renting a unit that's already furnished could actually help you stay within your budget by eliminating the costs of buying furniture for a surprisingly small monthly surcharge.

Next month's report from liv.rent, which blogTO reviewed in advance of publication, outlines just how much more you're likely to pay for an apartment that comes with furniture, and in many cases it merely costs an additional $100 to rent a unit that's ready to be lived in.

Unsurprisingly, the prices are the highest in downtown Toronto across the board — regardless of whether or not you're looking to rent a furnished unit.

According to the report, which was compiled using data from rental sites including Padmapper, realtor.ca and Craigslist, a furnished one-bedroom in the downtown area will cost you $1,892 a month right now, compared to $1,786 for an unfurnished unit. 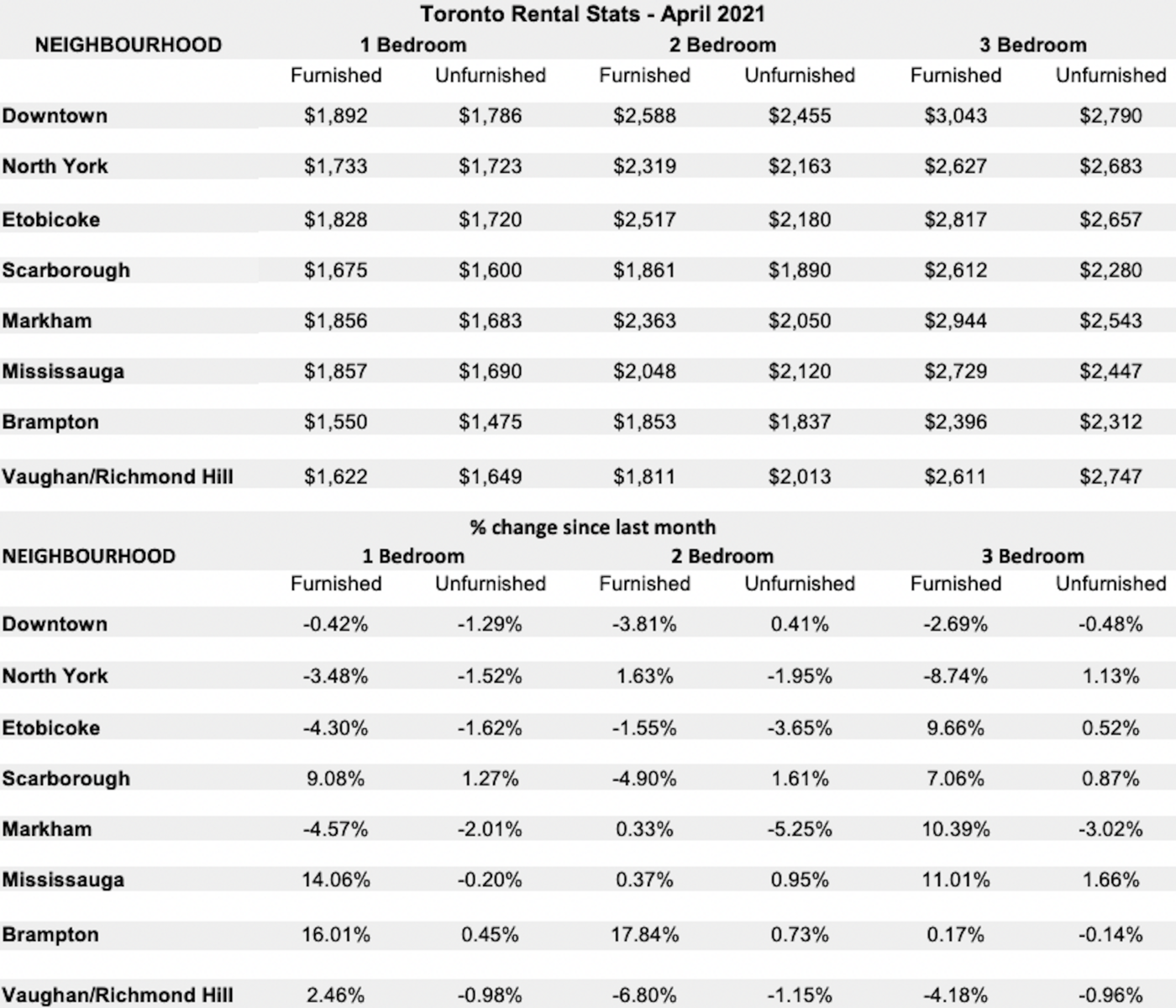 The exeption are unfurnished two-bedrooms, which rose by 0.41 per cent since March.

On the other end of the spectrum, the lowest rent for an unfurnished one-bedroom is in Brampton, at $1,475 per month, and that price rises to $1,550 when the unit is furnished.

But while the area has some of the lowest rents in the GTA, Brampton actually saw a significant increase in the price of both a furnished one-bedroom (16.01 per cent) and a furnished two-bedroom (17.84 per cent) since last month.