This $1.2 million condo for sale in Vaughan is actually a historic 1861 home

Although it's listed as a condo, a property on the market north of Toronto is really a historic home that has become part of a condo development.

The house at 8165 Kipling Avenue is on the market for $1.2 million. The unit (#66) is part of the Fairground Lofts condo development, but the home is unique as it has a heritage designation. 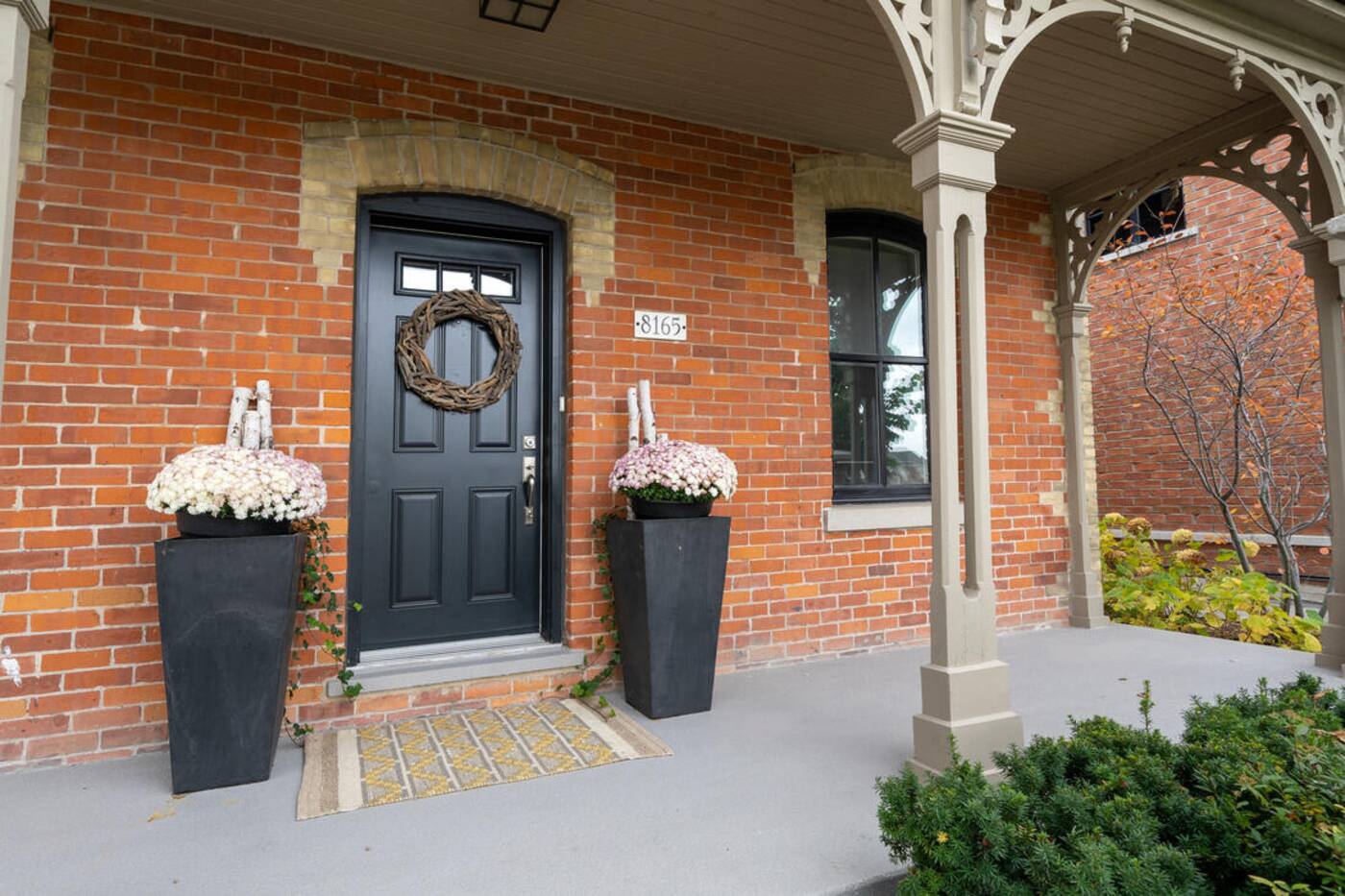 It was built in 1881 and is known as the Thomas P. Wright House, according to Ontario Heritage Trust documents.

Wright was a local carpenter who built the home and lived there with his wife and four children for 10 years. He also built many of the homes and churches in the area. 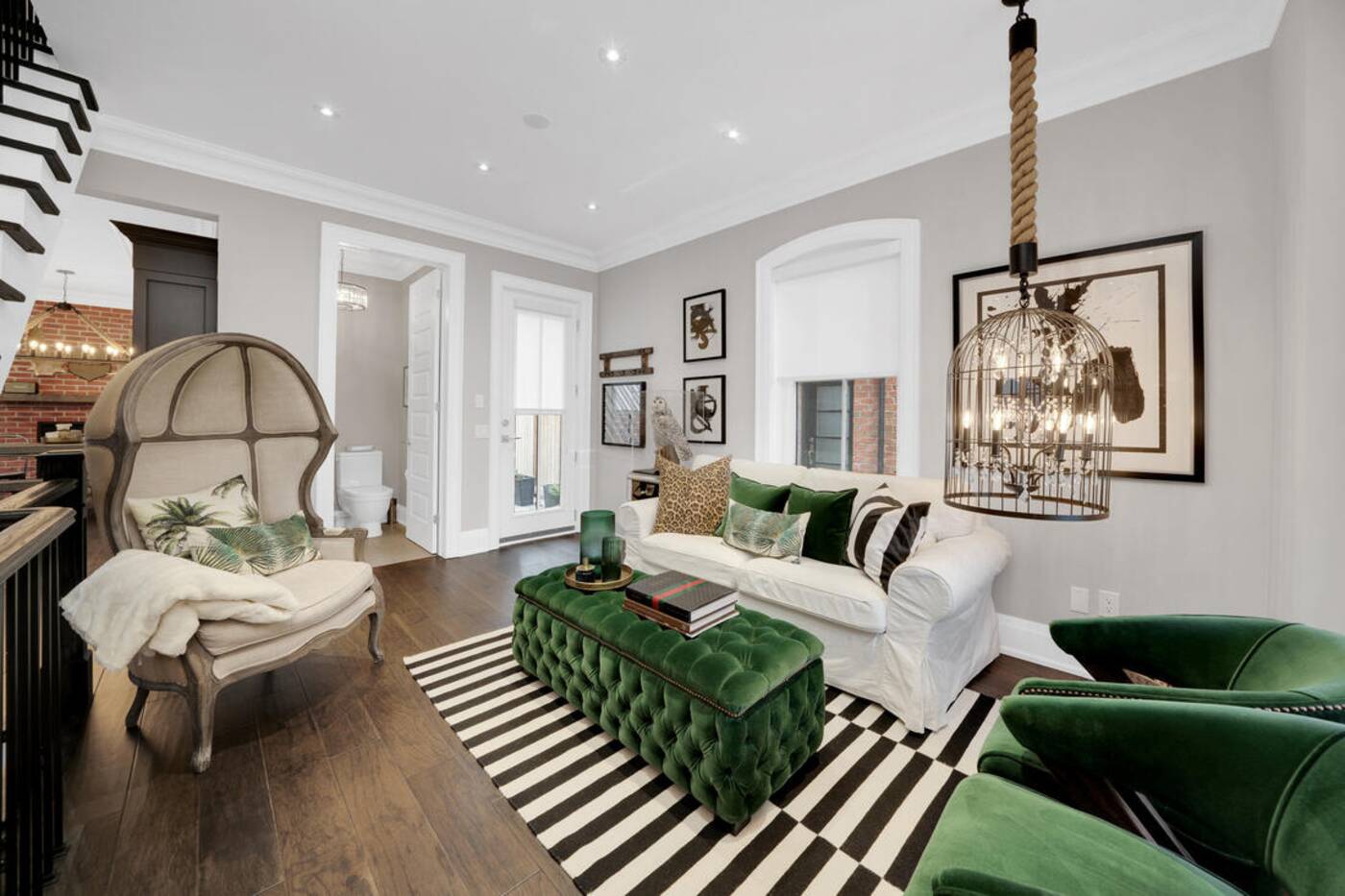 The home has been restored and beautifuly decorated.

The home is an "excellent example of a traditional Ontario House" and is embellished with pattern brick details, a Gothic opening in the central peak and chamfered verandah posts. 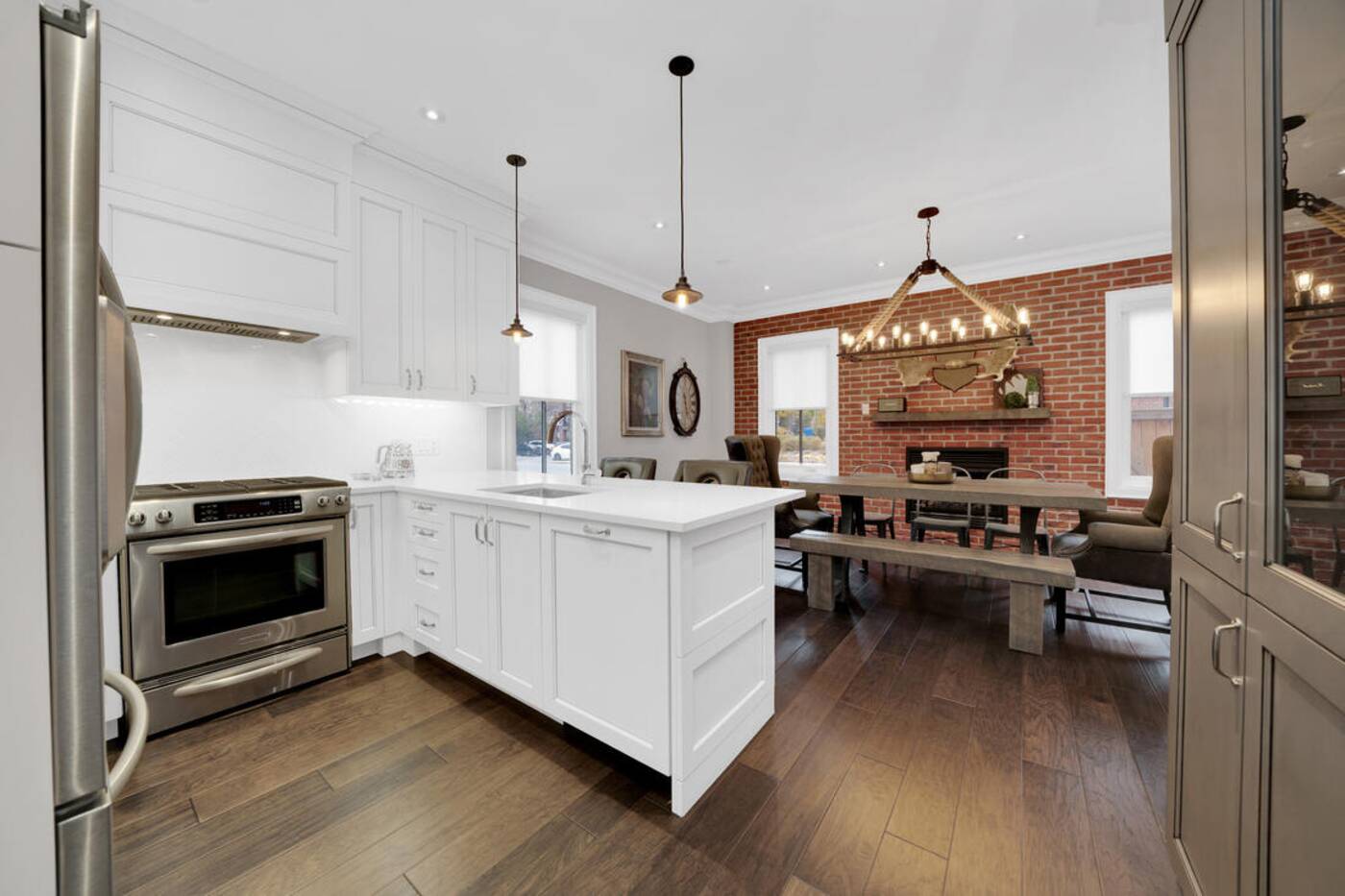 The restoration of the home includes new applainces and fixtures.

The heritage home became part of the Fairground Lofts development announced in 2012 and was one of two heritage homes restored on the property. The development got its name from the Woodbridge Fairgrounds next door and has 65 loft-style stacked townhomes in new buildings. 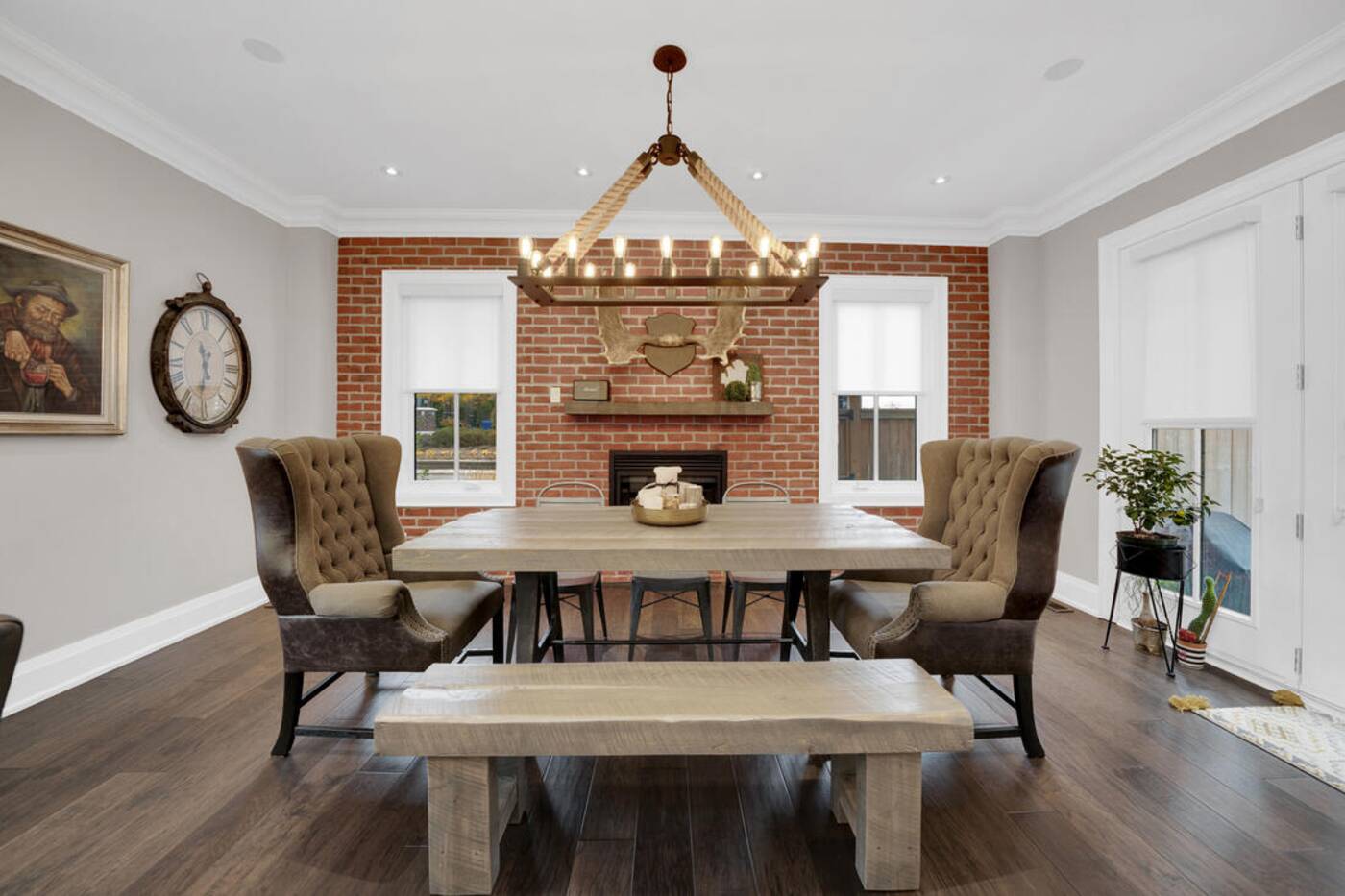 There is a spacious dining area with a veneer brick wall.

The home was extensively restored and an addition was added to the back, said Ferlisi. 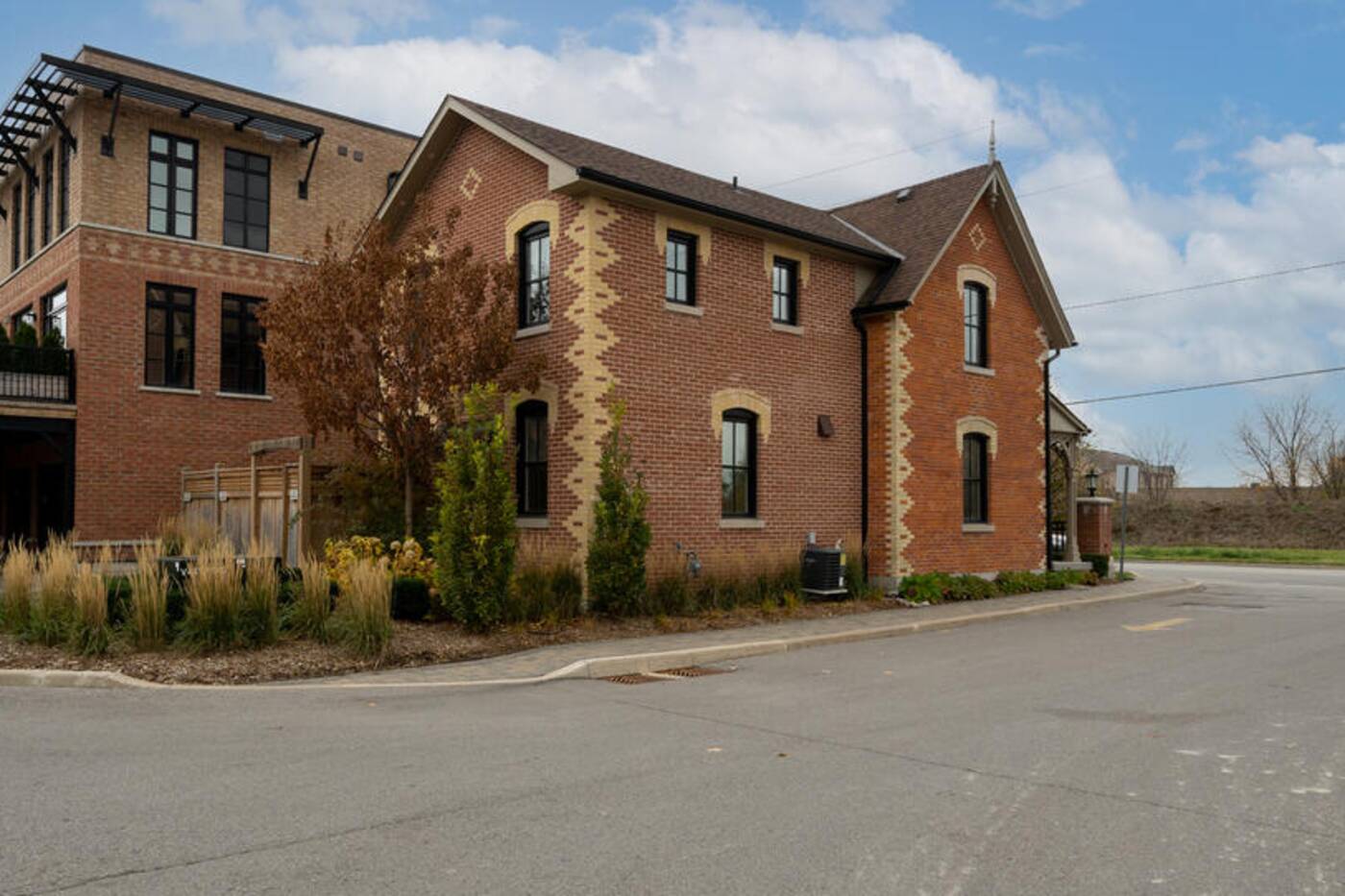 An addition was added in the back with the same look.

"They still tried to keep the same look and feel," he said.

The original porch and chimney were also restored.

The three-bedroom home comes with a full basement. 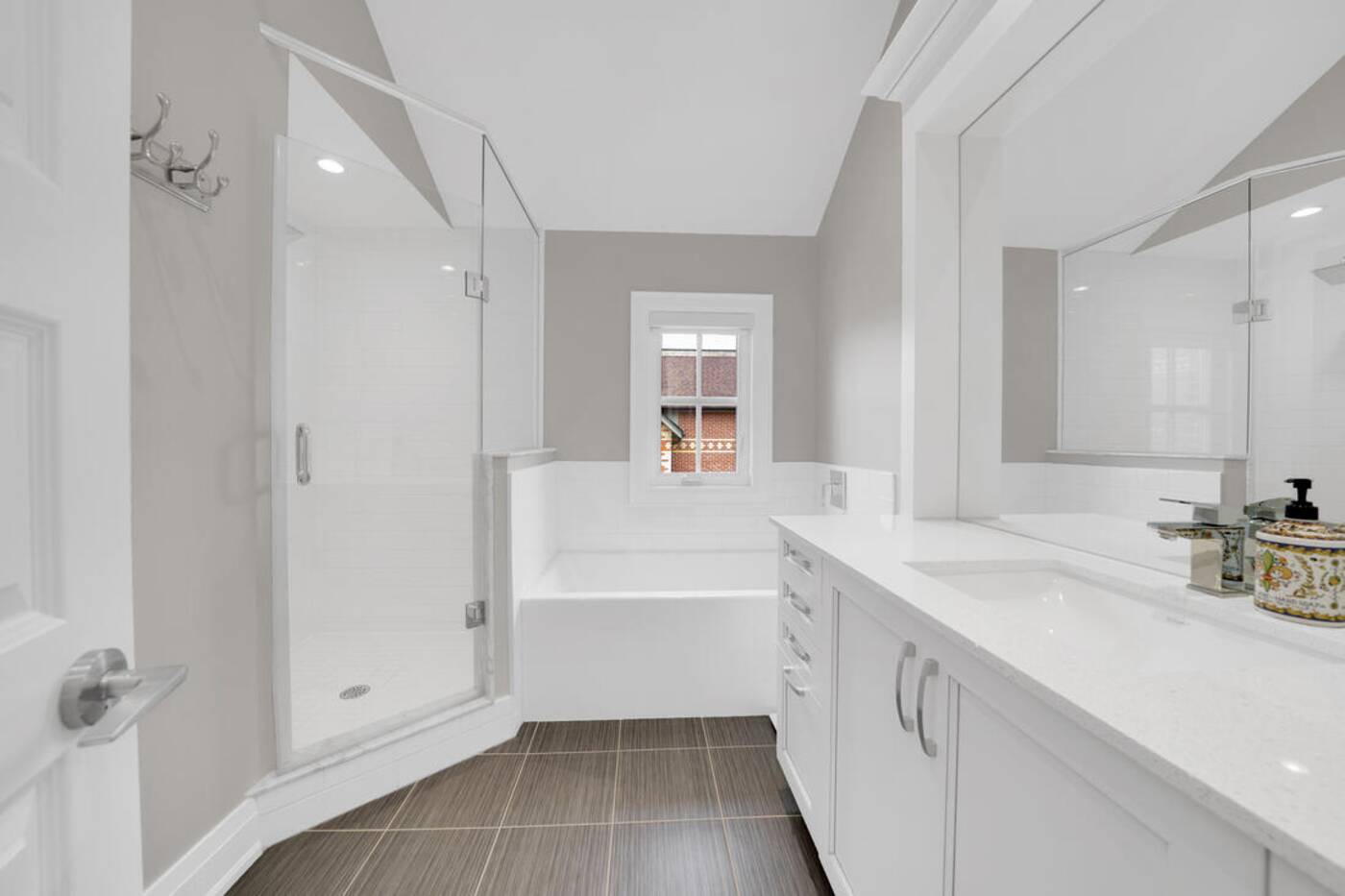 The master bathroom has a fair size tub.

Although it is technically a condo and the owner pays condo fees, the home is not attached to the townhomes on the site.

"It's a single detached home." 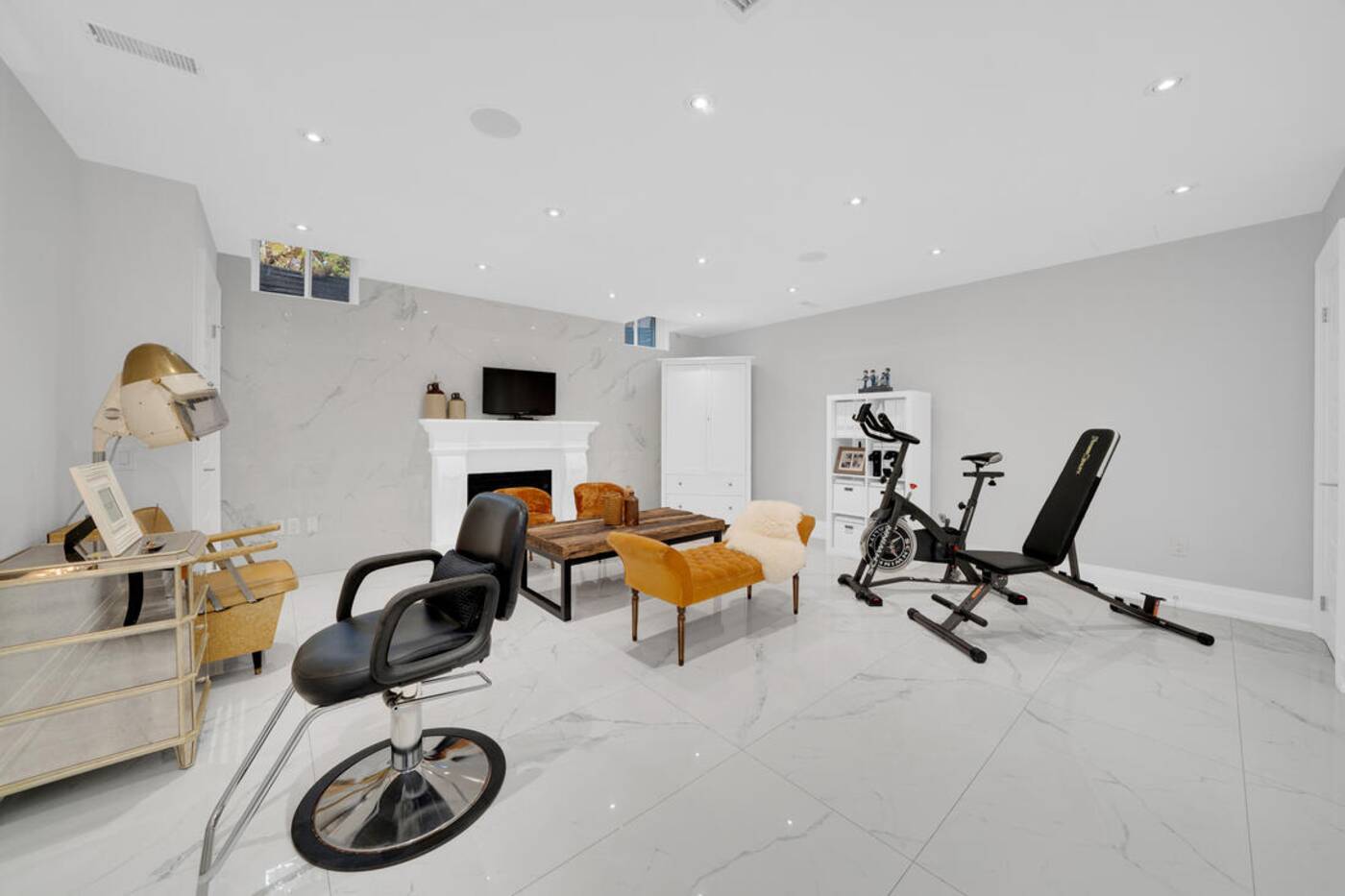 There is room in the basement for a home gym or study.

It doesn't come with a yard but the condo fees cover common elements of the home. 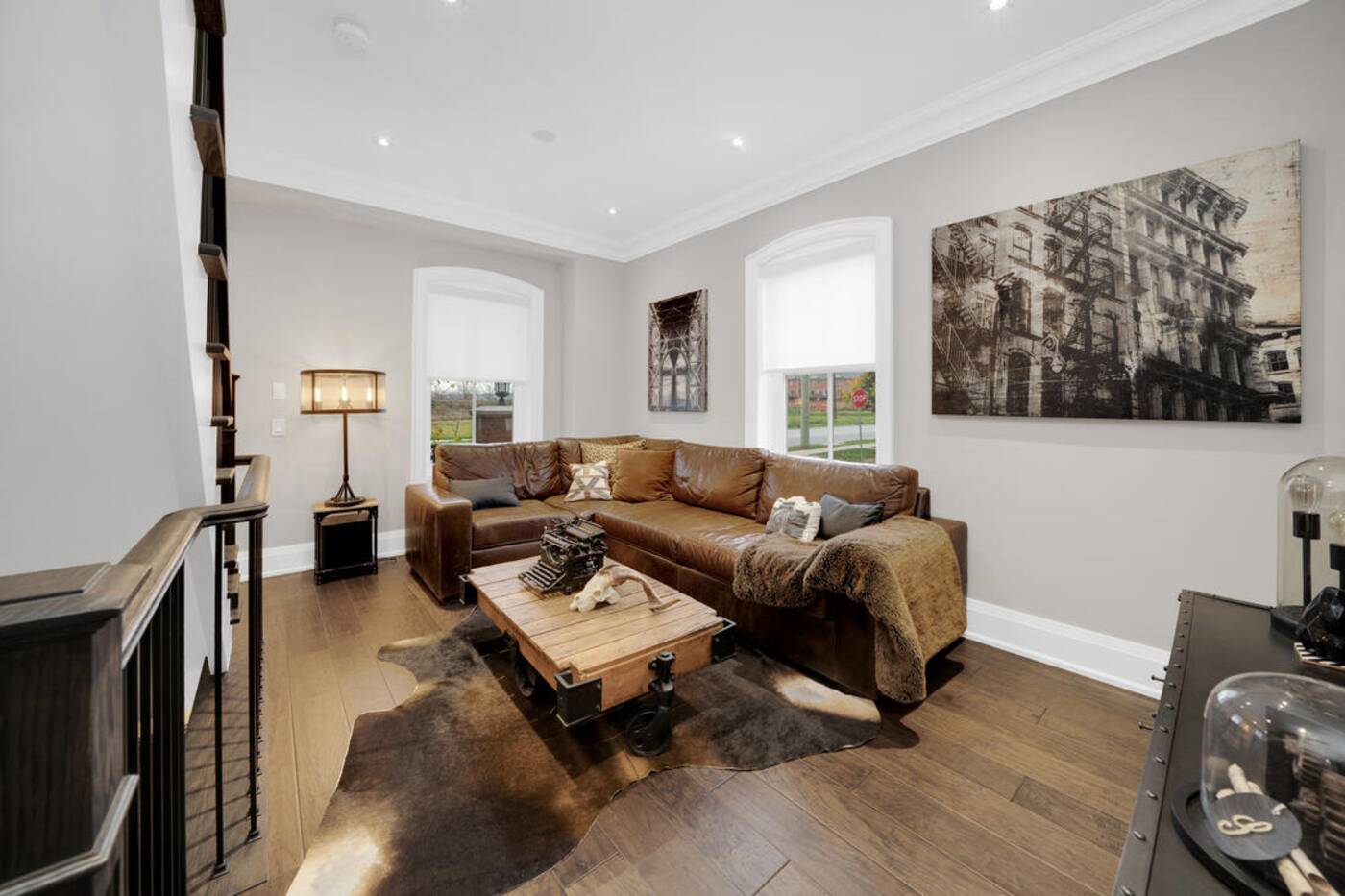 The family room is nicely decorated.

The home is beautifully decorated, and with similar three-bedroom homes going for much more in Toronto, this could be a good deal for a family home with an interesting history.

"It is really like a hidden gem," Ferlisi said.