One of Toronto's oldest houses, built in the late 1700s or early 1800s, has the distinction of being the oldest continuously inhabited residence in the city — but for one Toronto couple, it's home.

In 2000, Don Procter and Beverly Dalys bought the home at 469 Broadview Ave. in rough condition, but it came with history, which was important to the couple.

"We are both history buffs," Procter told blogTO.

The home has never been a museum and was designated as a heritage property in 1995.

The couple had heard about the historic home and when they decided it was time to move back to Toronto from Niagara, they discovered it was for sale.

It wasn't in great shape and had been on the market for a while. There was "broken down plaster" and "it was ripe with mold," Procter said. 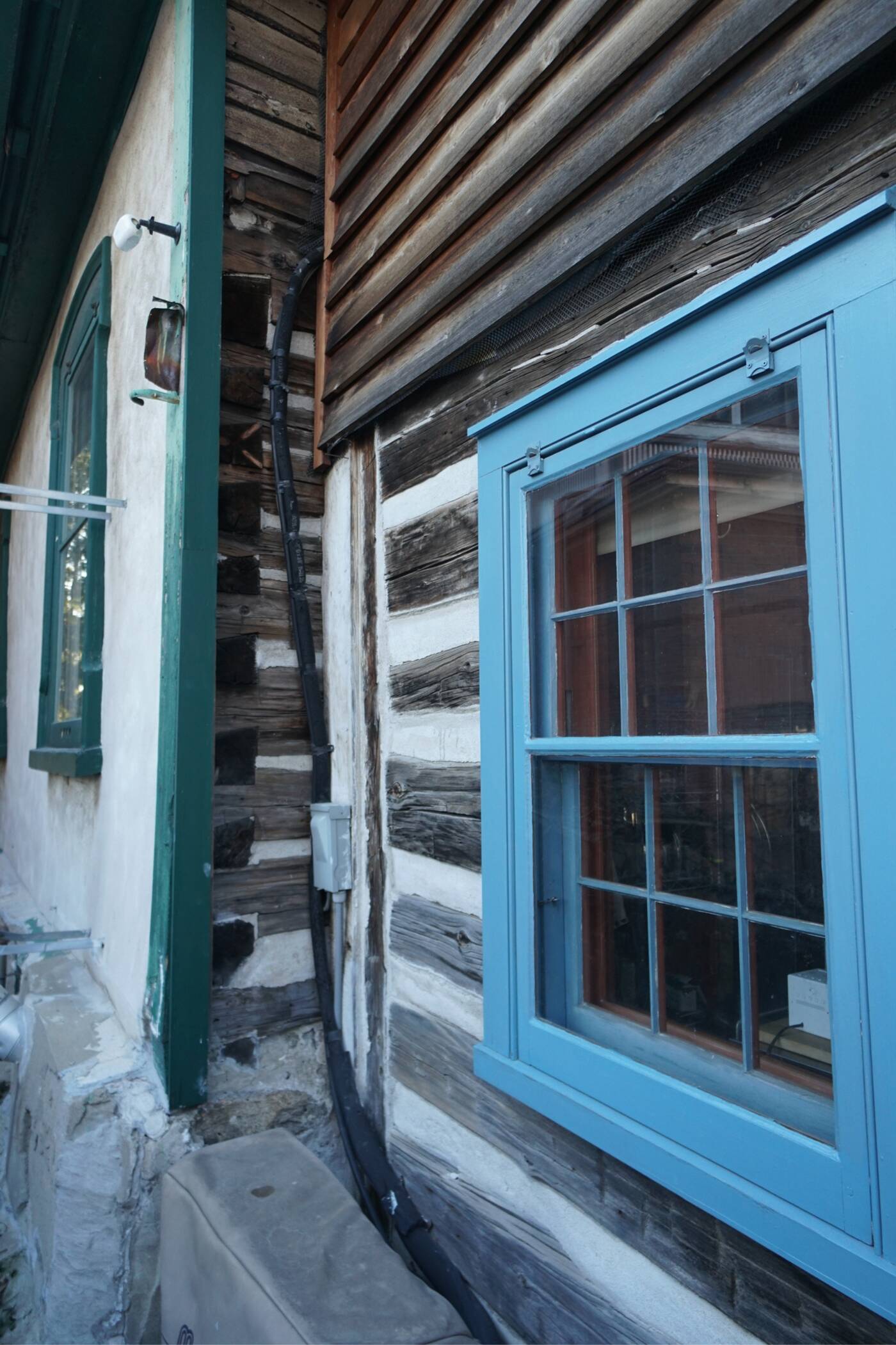 This photo shows how the plaster covered the log structure.

The realtor discouraged them but they decided they wanted to restore the home.

"The next few years were a real adventure," Procter said.

A few years before they bought it, the previous owner discovered a log cabin under the plaster walls — before that no one knew the home's history.

That owner traced the history of the home back to John Cox, a United Empire Loyalist who was granted land east of the Don River in 1796. The original log home, now referred to as the John Cox Cottage or John Cox Home, is now covered with stucco and a later addition.

The exact age of the log home is not clear.

"There is some grey around the age of the house," said Procter. "Everything about the (log) structure appears to be pre-1807 built…but I have some detractors say 'well some people were still doing that in the 1840s.'"

The heritage documents say the log part of the home was possibly built sometime before 1807. 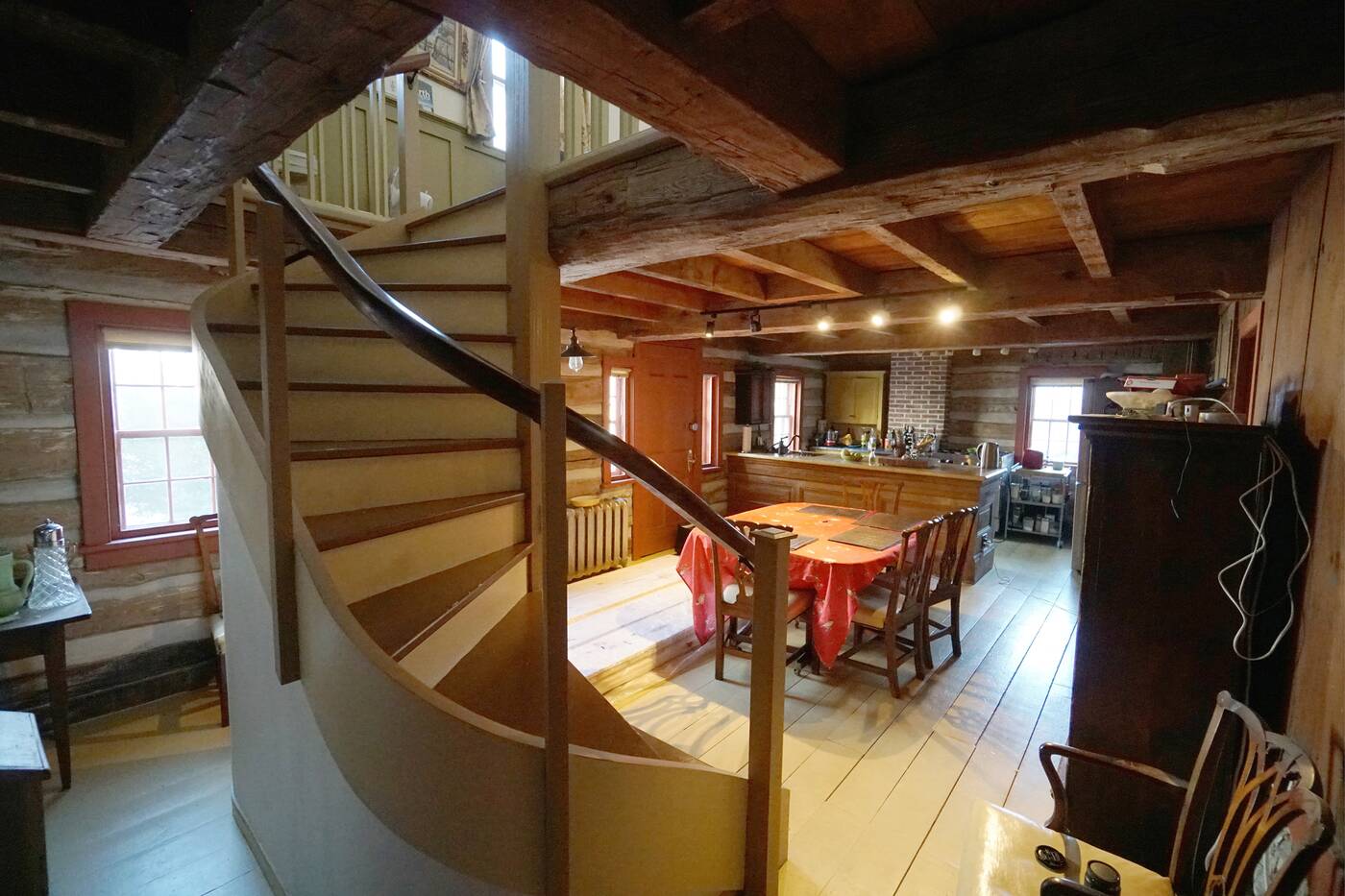 The addition has one original log wall and three newer walls to create a log home look.

After purchasing the home, the couple started to peel back the layers of history.

"When we ripped out their floor, we saw the markings of the little tiny rooms — the living room was actually made up of three rooms."

In the attic, they found the original cabin hand-planed pine roof inside the bigger roof on the home.

The back of the home was falling apart and, because it was a newer addition, the couple got permission to tear it down a few years after they bought the home. 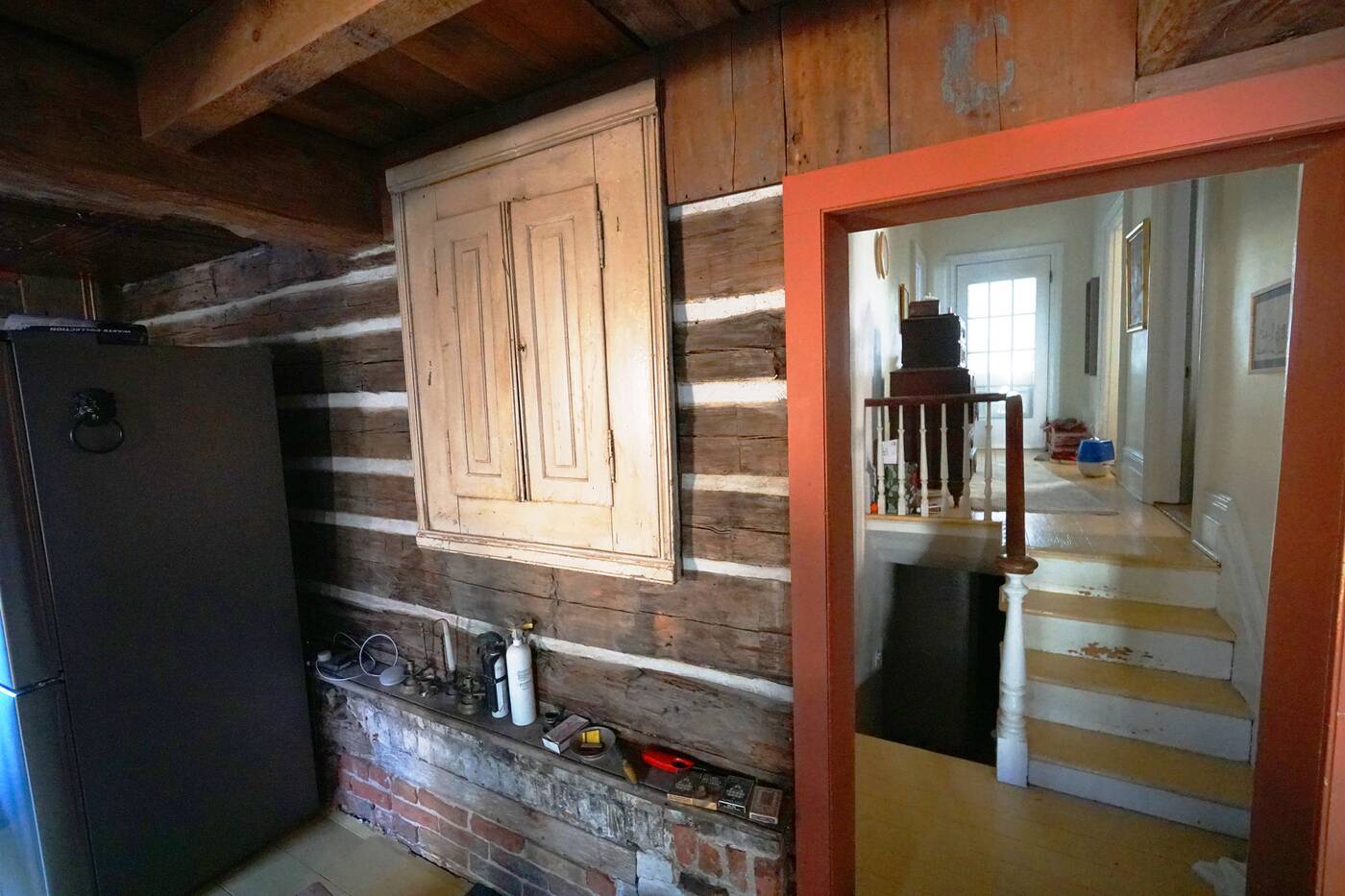 The original log wall is exposed in the kitchen addition.

The log home addition is now the kitchen, and they built a second floor bedroom and bathroom on top of that.

When John Cox owned the home it would have looked like Scadding Cabin – thought to be built around the same time. But the outside of the home is now Ontario Cottage style.

Although it was a lot of work when they first bought it, Proctor and Dalys enjoy the 1,650-square-foot home now.

"It's not been without its trials early on," said Proctor. "It's a single-family home that faces onto Riverdale Park. It's a joy to live in."