A row of detached and semi-detached houses located in Toronto's South Parkdale neighbourhood could eventually face demolition and be replaced by a 16-storey apartment building, according to a proposal from developer Curated Properties.

The developer recently submitted a Zoning By-law Amendment application to the City of Toronto, with the goal of building the apartment complex on the land between 2 and 24 Temple Ave. near Dufferin and King West.

While the stretch is mostly occupied by several two- and three-storey houses, the area does already have a number of low- and mid-rise apartment buildings similar in size to the one being proposed.

A plan for the apartment building, created by RAW Design, proposes a 16-storey complex with 273 residential units including 14 bachelors, 131 one-bedrooms, 100 two-bedrooms and 28 three-bedrooms.

The proposal outlines a building with five-storey base frontages along Dufferin as well as three-storey townhouse units along Temple, and the 22 rental units currently located at the site would also be replaced with newer, more efficient units of a similar size. 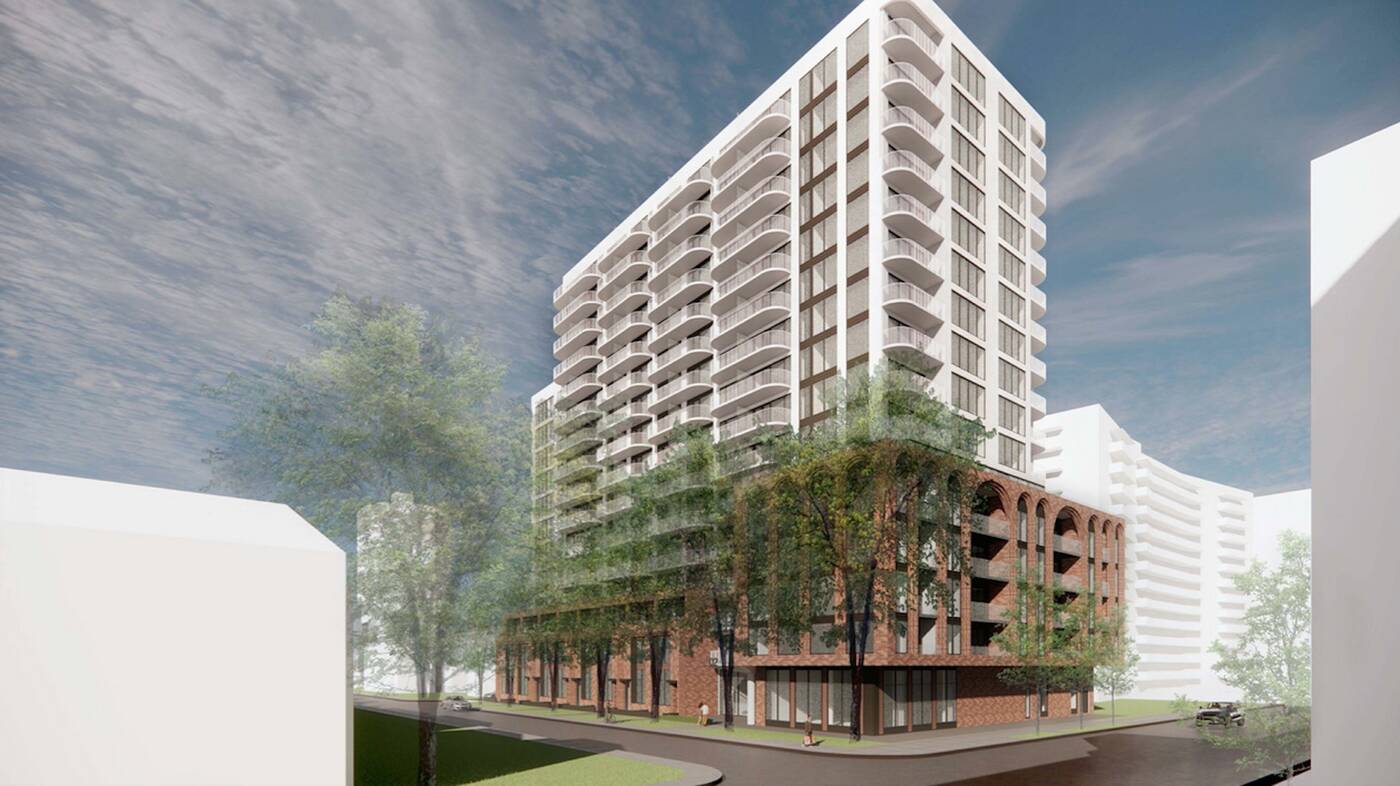 "The redevelopment of the Subject Lands will allow for an appropriately designed intensification within the south Parkdale Apartment Neighbourhood. The increased density being sought will support the existing transit infrastructure and is supportive of the intensification goals of the policies of the Province and City."

The preliminary design for the development meanwhile includes both outdoor and indoor amenity spaces located on the ground and sixth floors, and indoor bicycle parking facilities and storage lockers would also be available to residents.

Along the west side of the complex, a ramp would lead to a total of 109 vehicle and 262 bicycle below-grade parking spaces spread out on two levels.

"The proposal will establish a connected pedestrian network through enhancing the streetscape along Dufferin Street and Temple Avenue that will support active transportation and be universally accessible to ensure pedestrian movement of all ages is prioritized," reads the planning rationale.

"The proposal promotes walking, other modes of active transportation, and the use of public transit through providing a transit supportive density that also supports nearby commercial and offices."