A popular Sobeys supermarket located at the corner of Dupont and Shaw Streets that was open 24 hours a day pre-pandemic is set to be replaced by a new mixed-use condo development, and an official revised Site Plan Approval application (SPA) was submitted to the city by developer Tridel at the end of 2020.

The property, located at 840 Dupont St. just slightly east of Ossington, was originally slated to become a nine-storey development with office, retail, and residential space, as well as a second-floor grocery store to replace the current Sobeys, thanks to an approved settlement from The Ontario Municipal Board.

But the site ownership has since changed, and the new proposal replaces the grocery store with residential units.

Set to be designed by Turner Fleischer Architects, the new proposal still calls for a nine-storey mixed-use building with ground-level retail spaces, though they'll be smaller than the ones that were originally proposed as a result of requests for "micro retail" units along the Dupont corridor from the community. 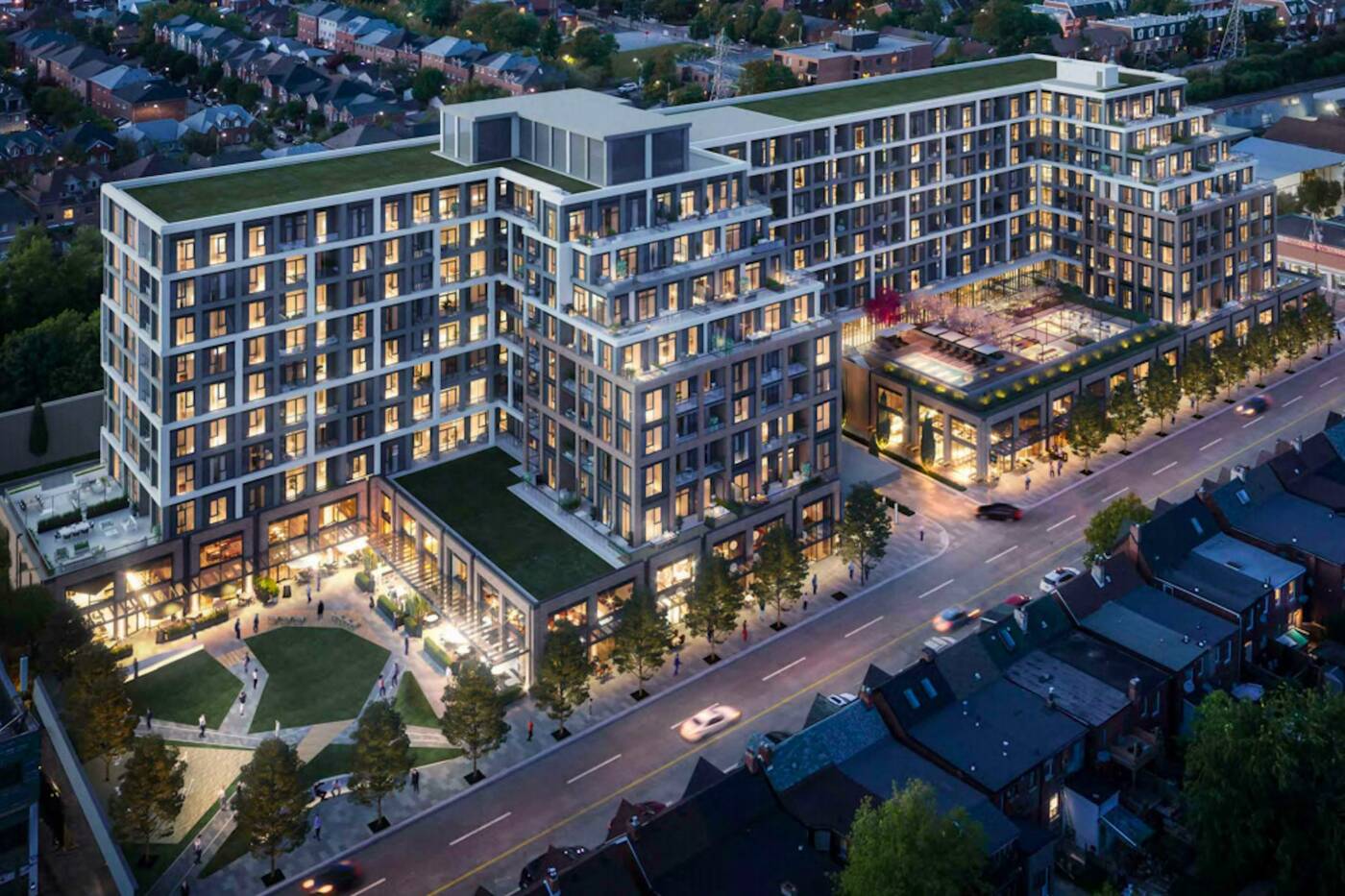 The development is set to house 330 residential units, including 173 one-bedrooms, 121 two-bedrooms, and 37 three-bedrooms.

It will also feature both indoor and outdoor amenity space for residents, as well as on-site parkland.

The exterior of the building is set to be composed of a combination of brick, concrete, and glass, with a colour palette of white, grey, and maroon. 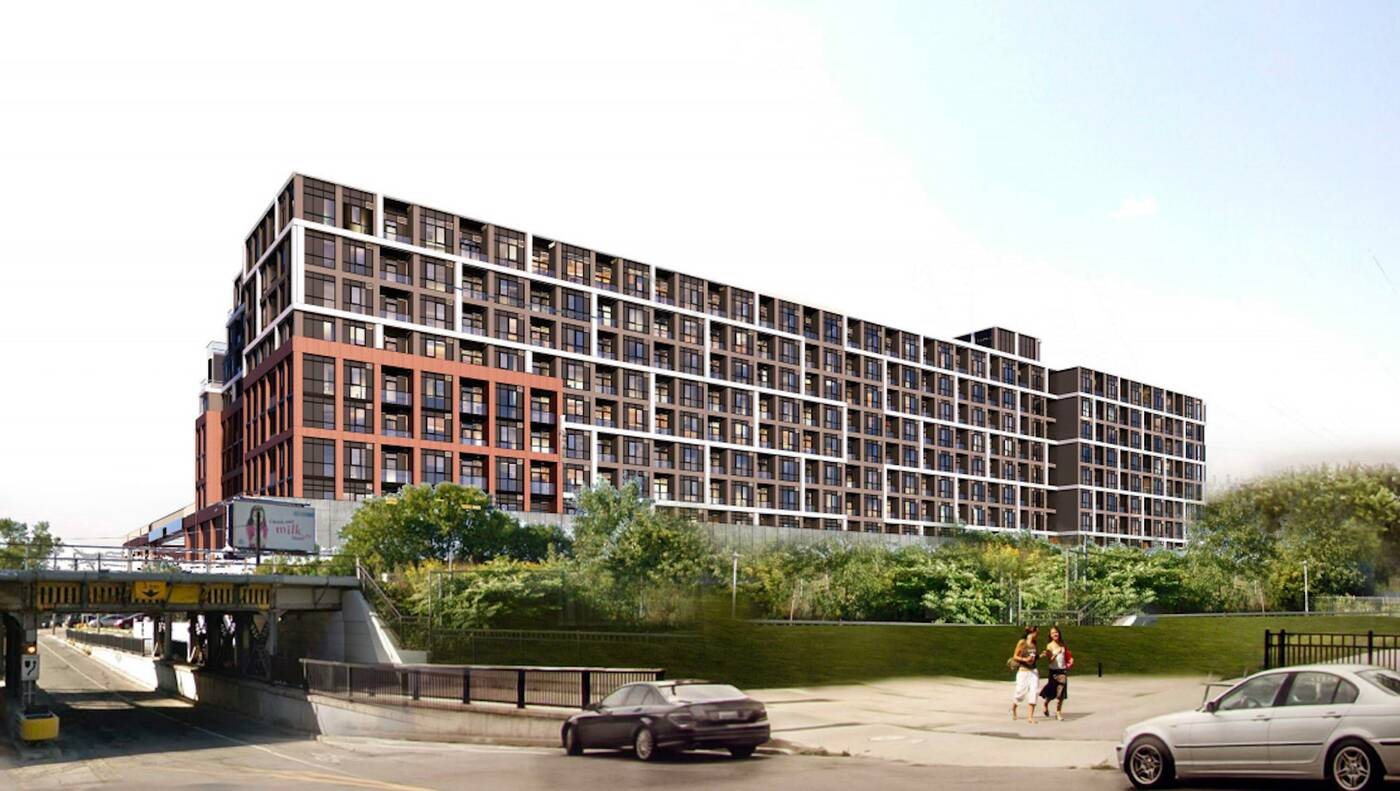 The development will also include 389 parking spaces, which is significantly less than the 591 spaces originally proposed for this site.