If you've always dreamed of living in a castle, this is your chance — but you'll need nearly $9 million, and you'll have to move to Hamilton.

The 12-bedroom castle at 26 Ravenscliffe Ave. in Hamilton is now listed for sale. 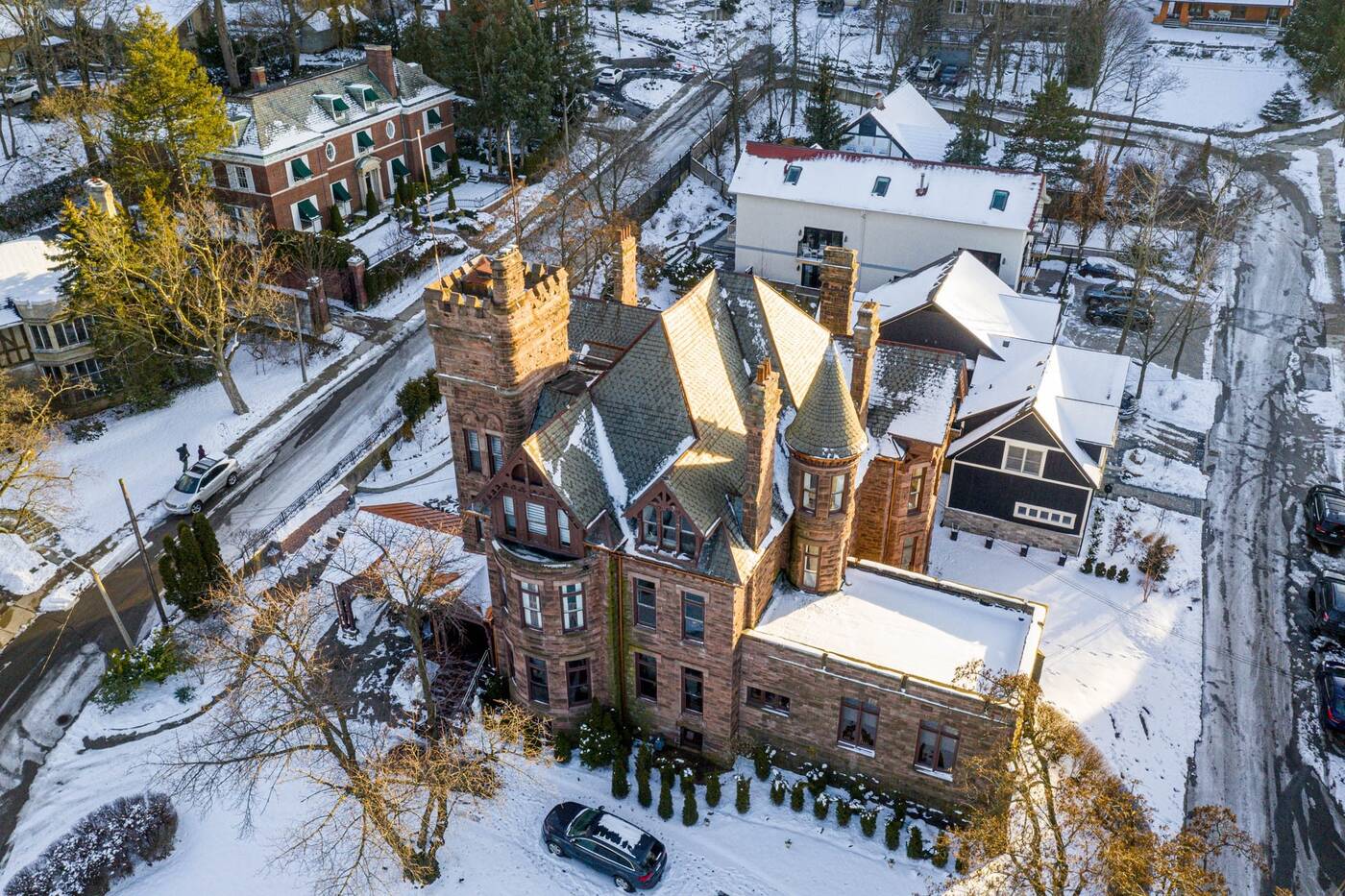 This 12-bedroom castle is now for sale in Hamilton.

It's labelled as a single family home on Realtor, but Ravenscliffe Castle is not your run-of-the-mill two-bedroom bungalow in steel town. 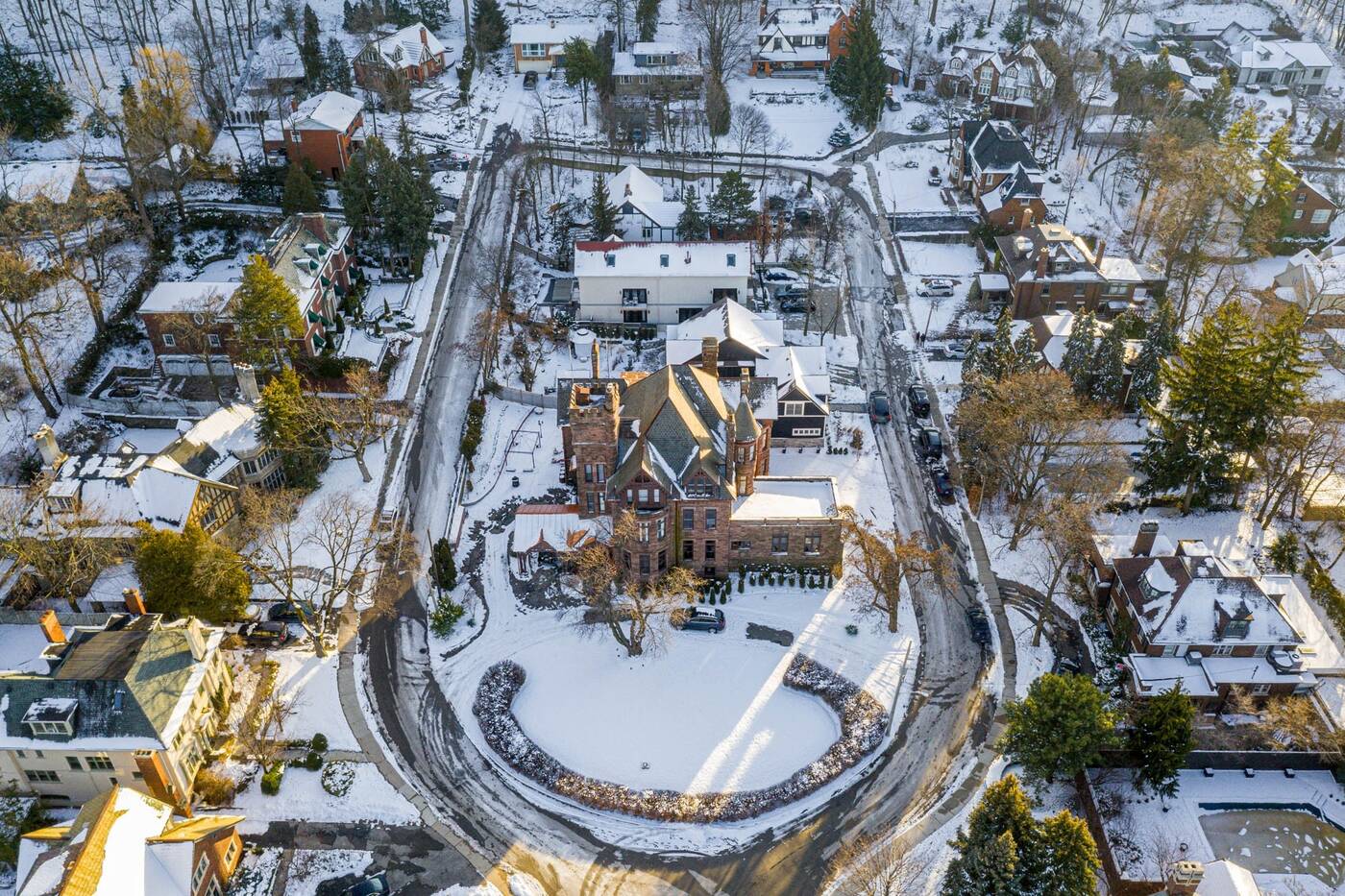 Ravensciliffe Castle is located at the base of the Hamilton escarpment.

Ravenscliffe Castle was built with Romanesque and Gothic styles in 1881 and was designed by James Balfour, the same architect behind Hamilton's old city hall and many other well-known buildings in Hamilton. 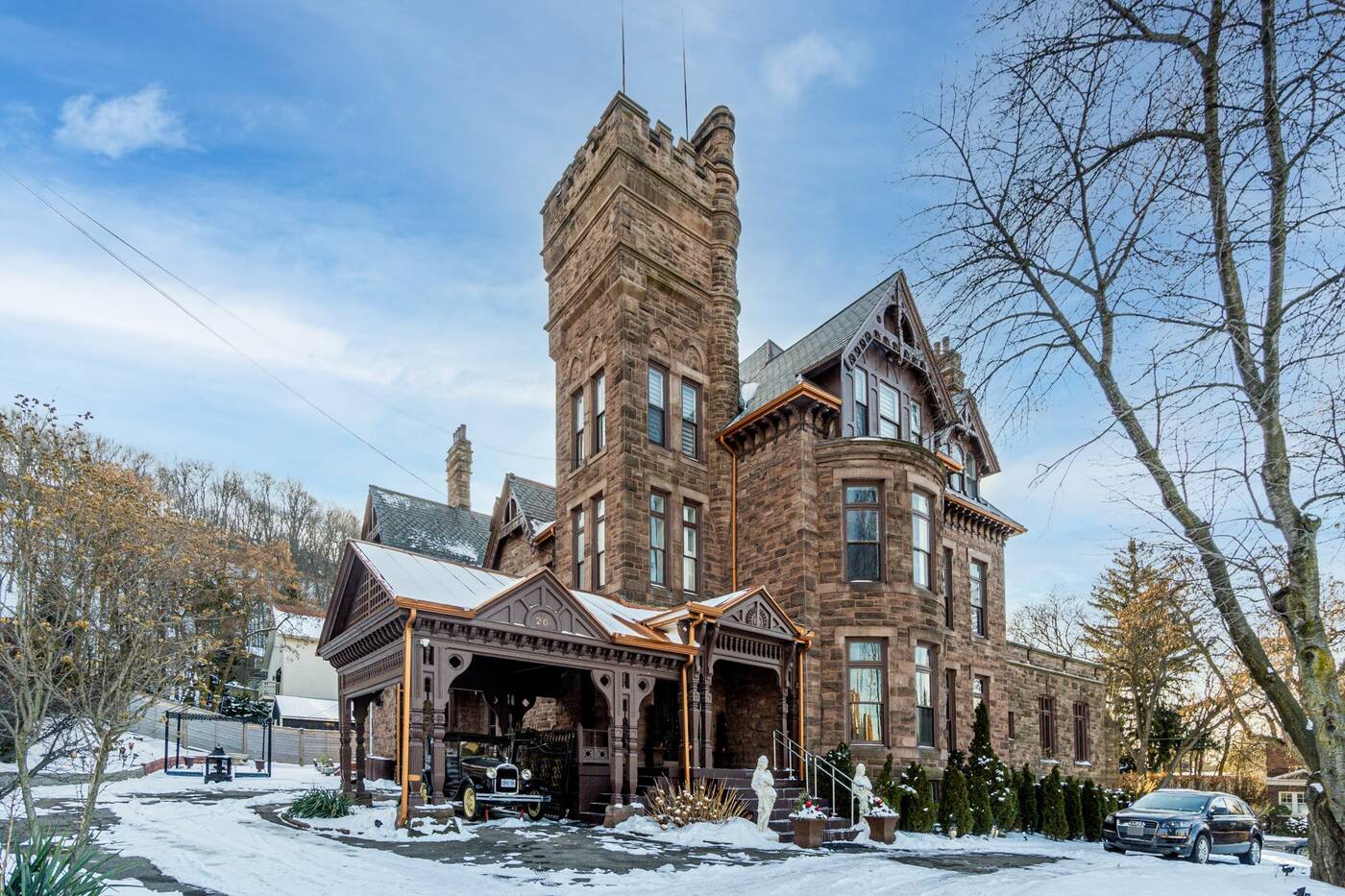 Ravenscliffe Castle was built with Romanesque and Gothic styles in 1881 and was designed by James Balfour.

Provincial politician Sir John Gibson, who was best known for the Gibson Act for the prevention of cruelty to children, was one of its early owners, according to the Hamilton Spectator. 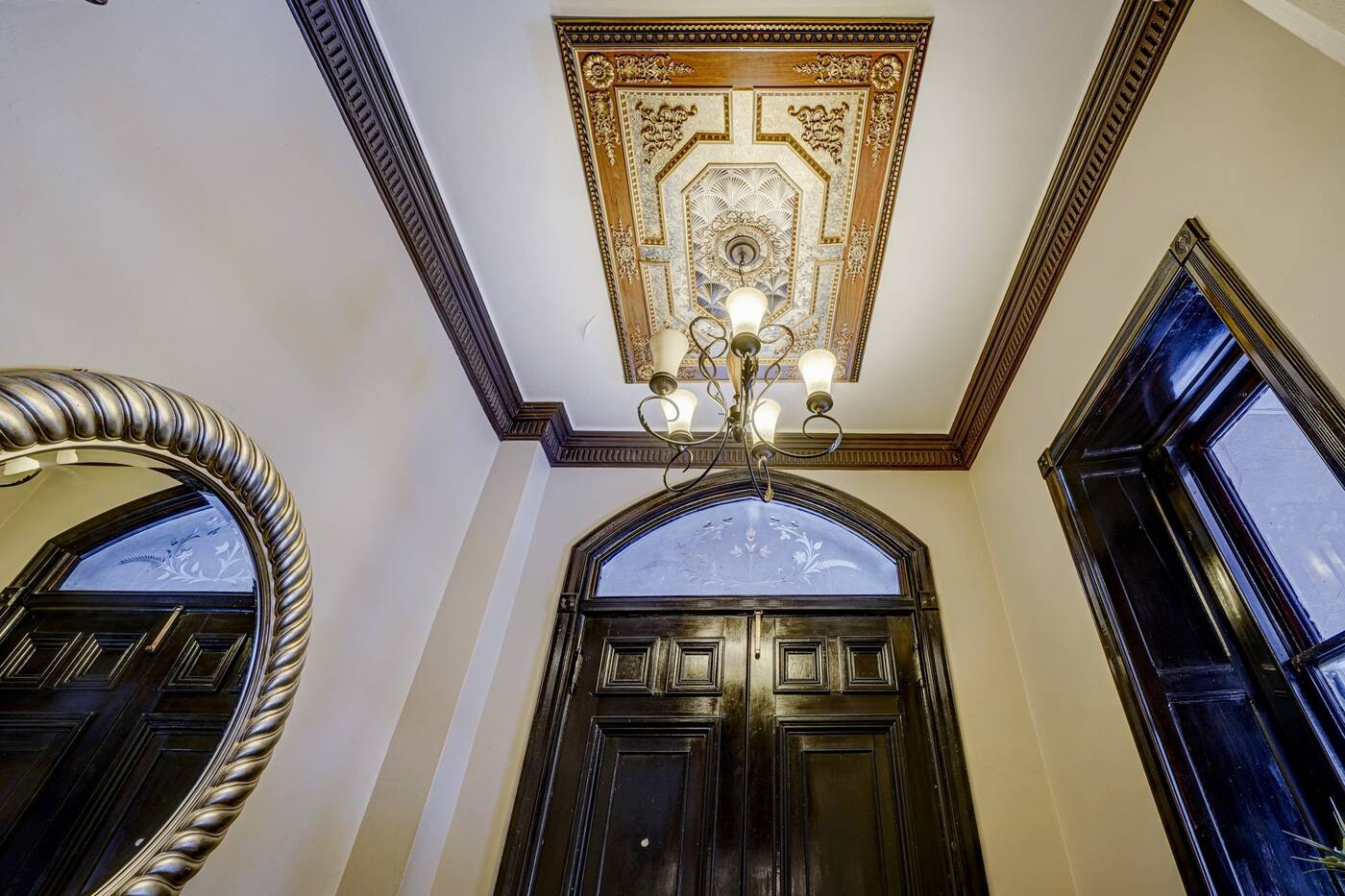 The castle is located at the base of the Hamilton escarpment near "many of Hamilton's most extravagant century estates." 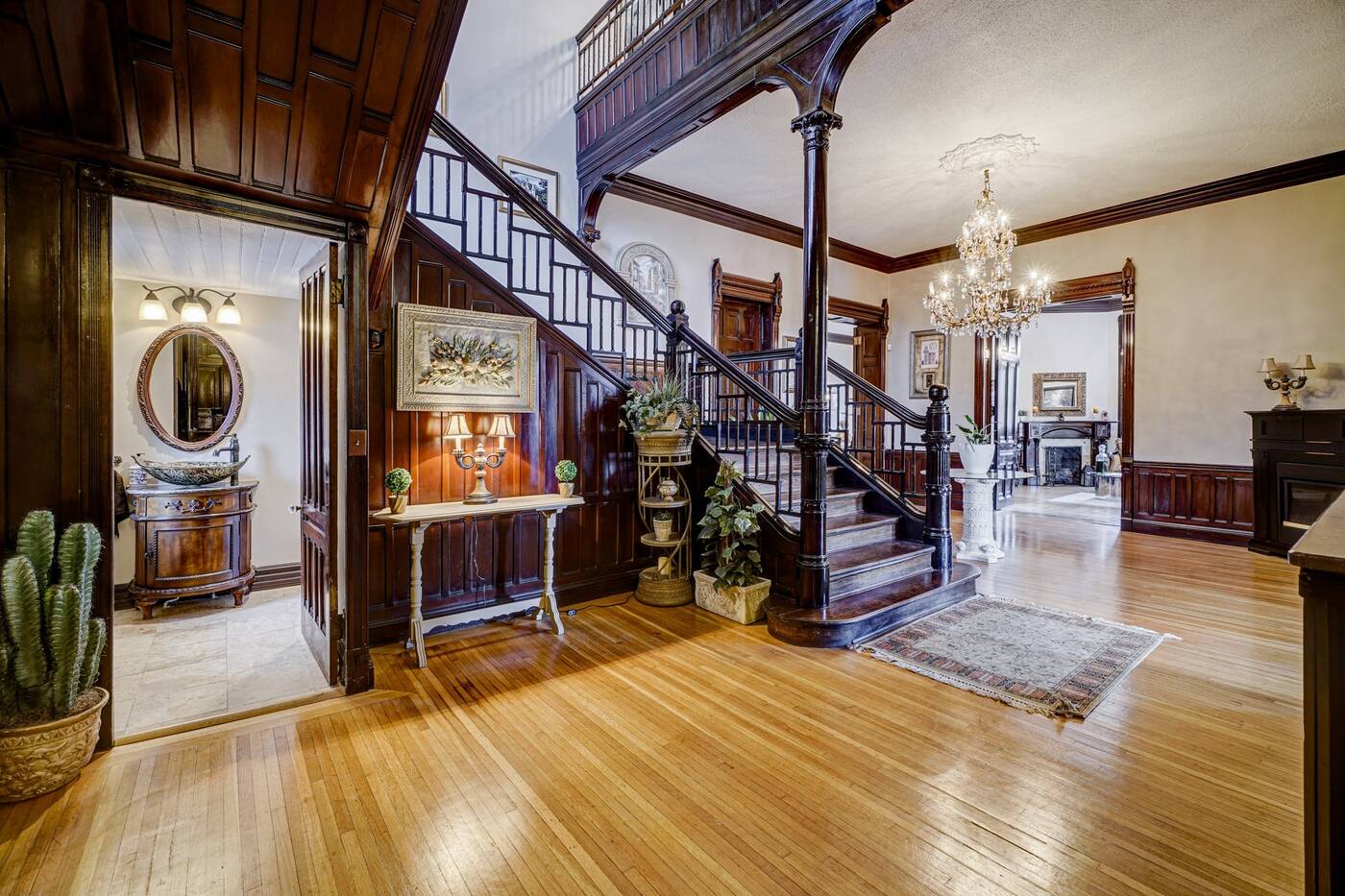 There is a wood grand staircase. 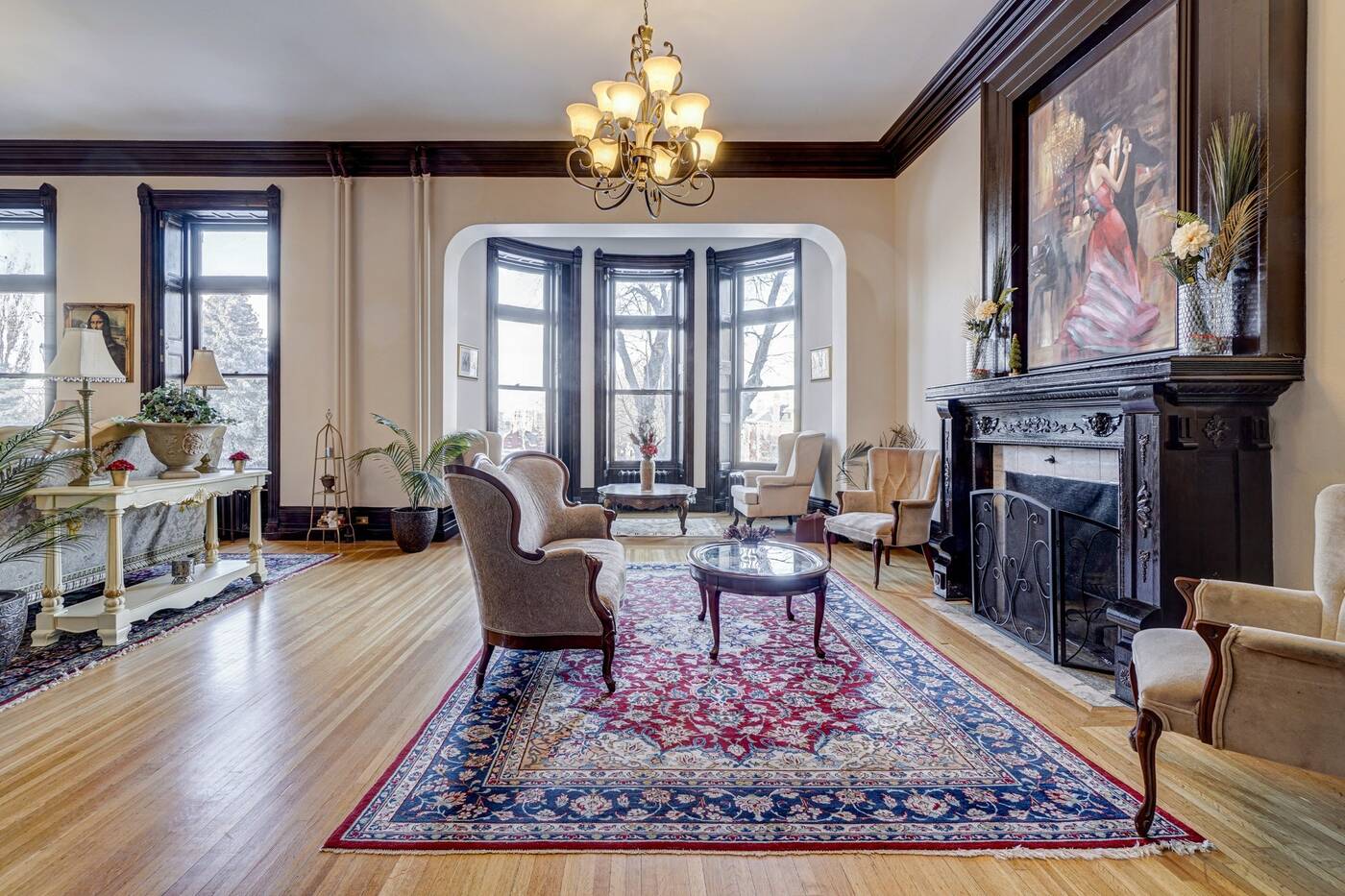 The home has much of its original woodwork, trim and wainscoting.

It has likely seen some upgrades since then, but the original carved woodwork, trim, wainscoting, doors, mouldings, and ceiling medallions remain intact. 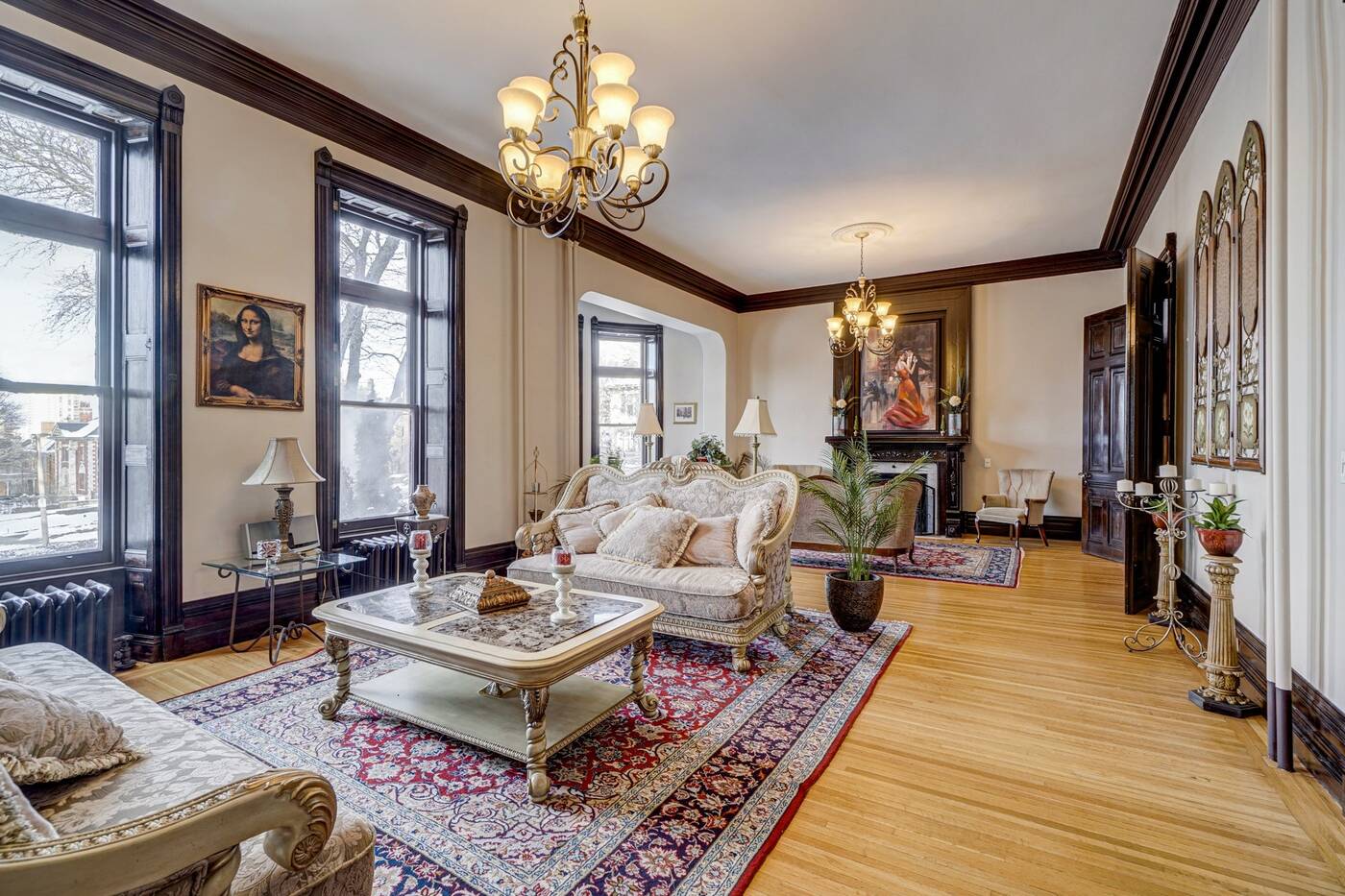 In keeping with castle style, there is a replica of the Mona Lisa in the living room.

There are a total of 12 bedrooms, eight fireplaces, a turret, and a five-storey tower. 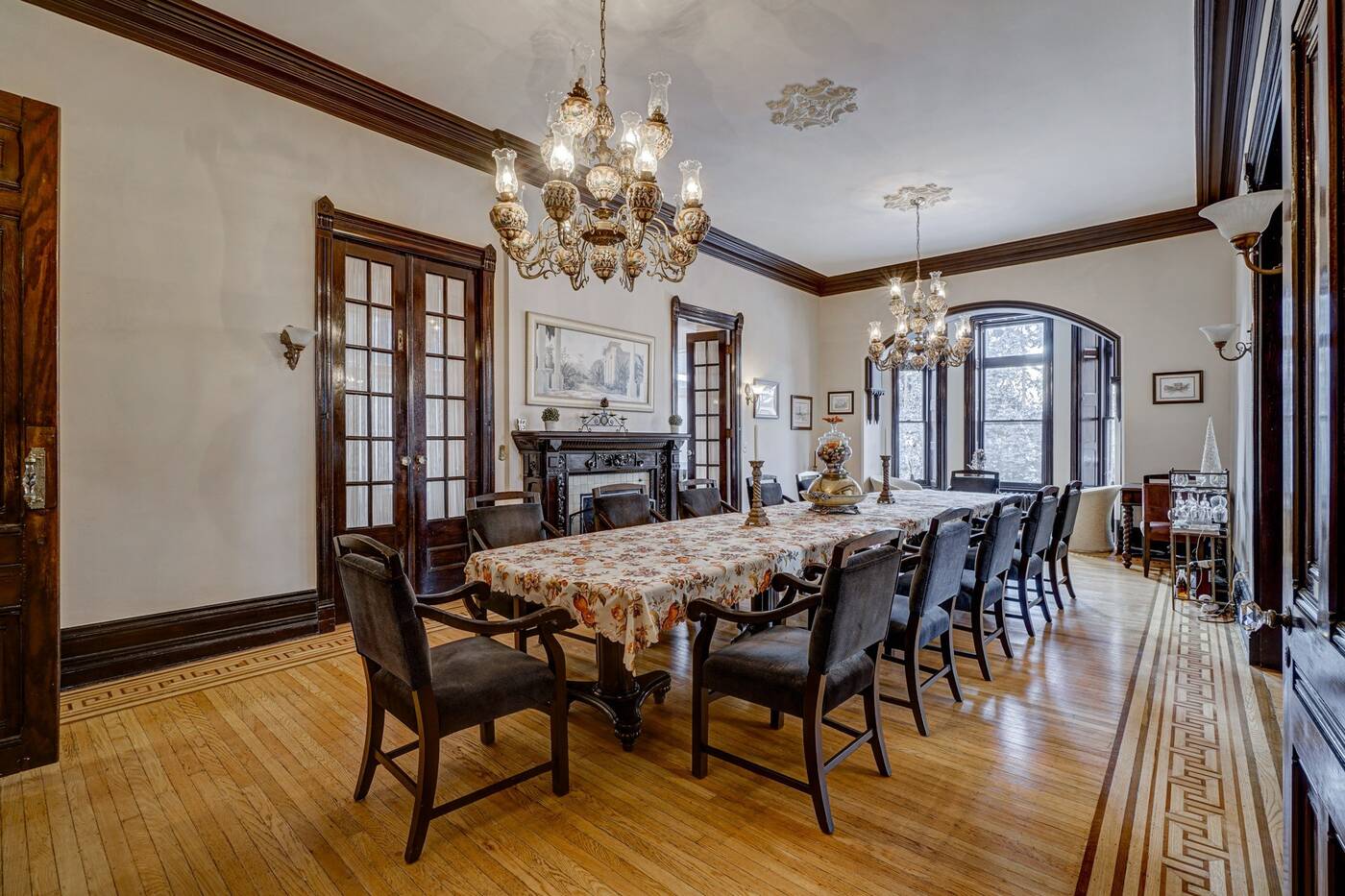 There is plenty of space to host huge gatherings.

The kitchen has an old-world feel but with new appliances. 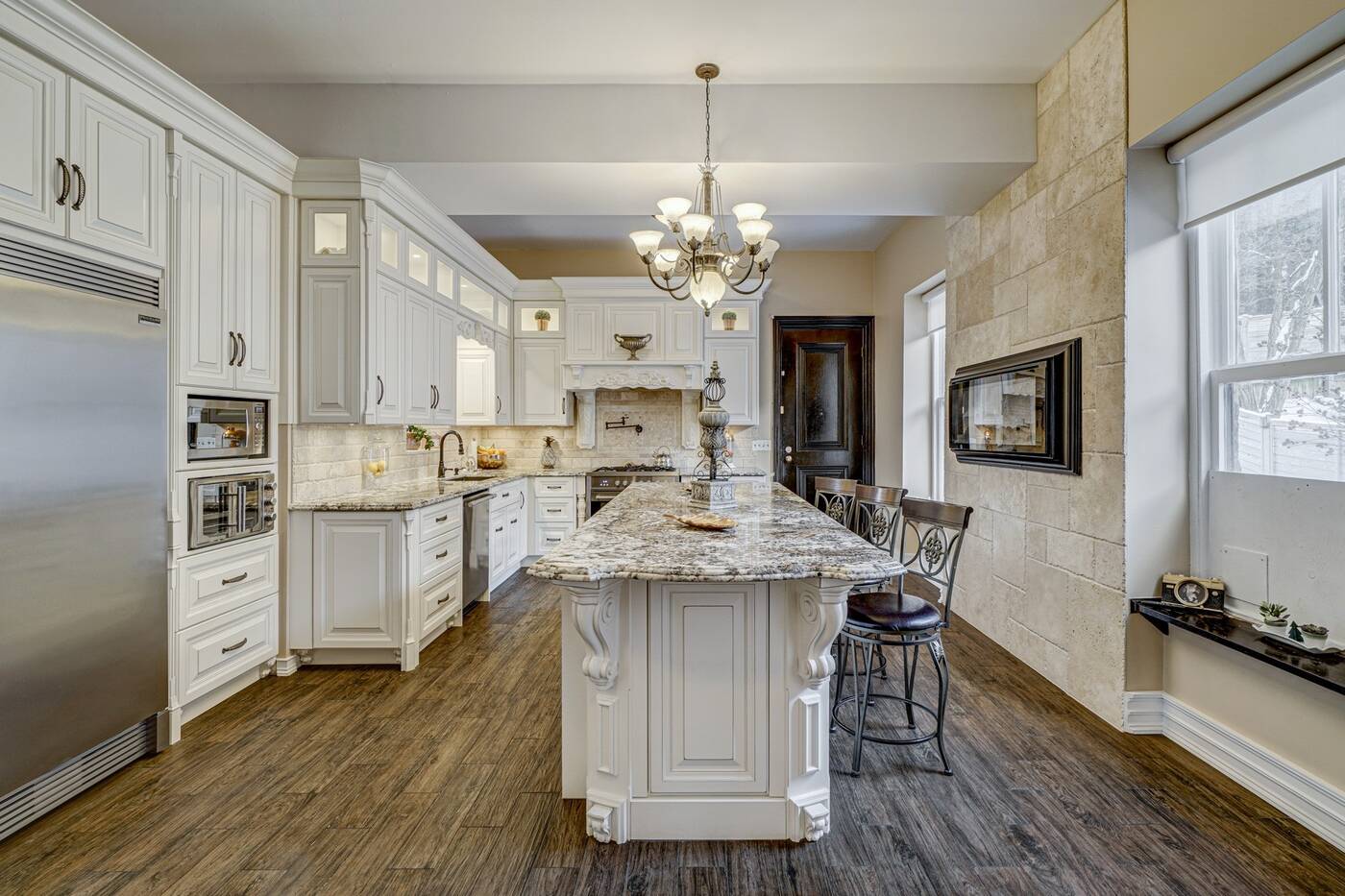 The kitchen is bright and spacious.

The bedrooms appear to have tons of room. 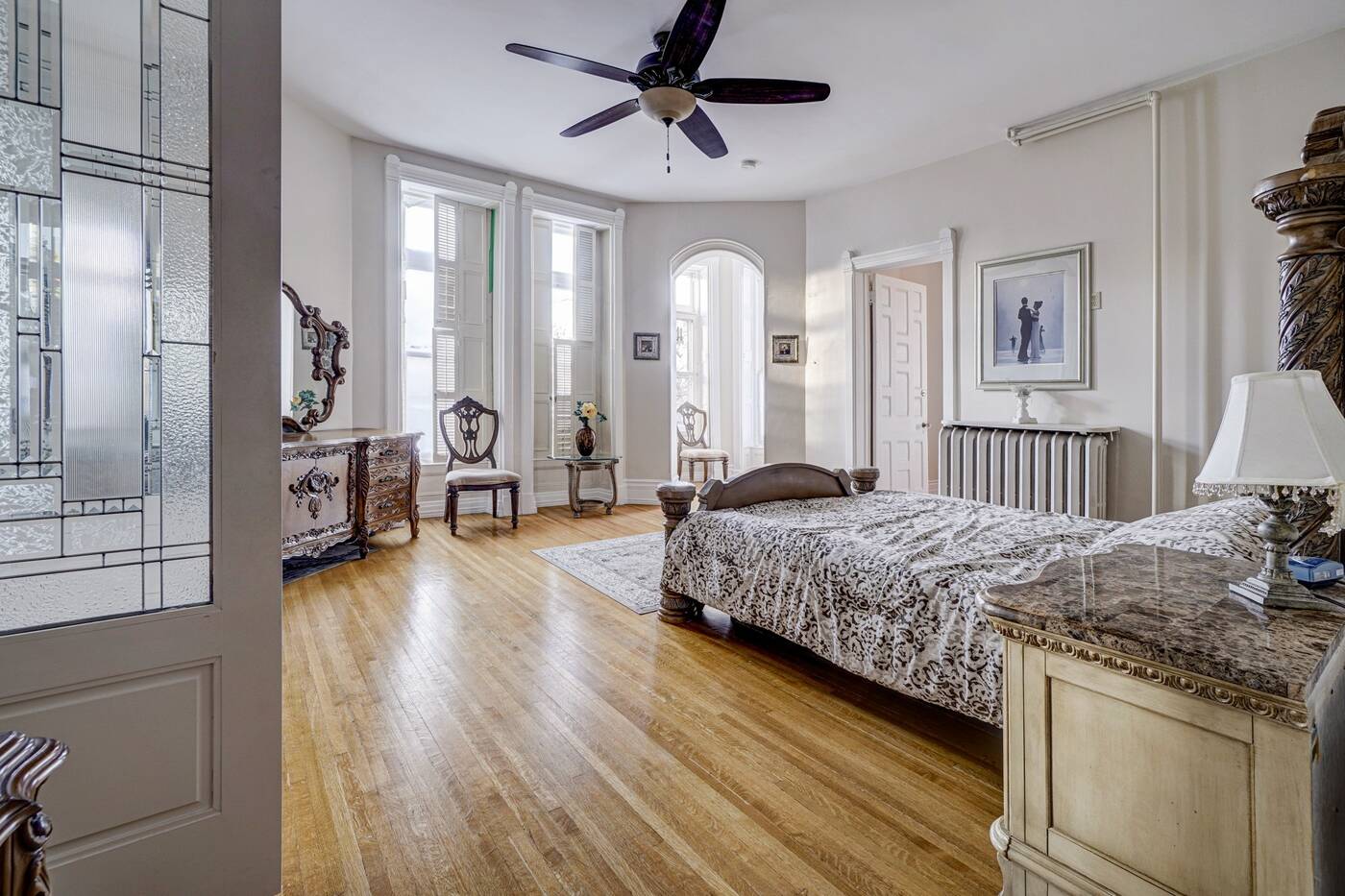 This bedroom has tons of natural light.

There are also eight bathrooms. 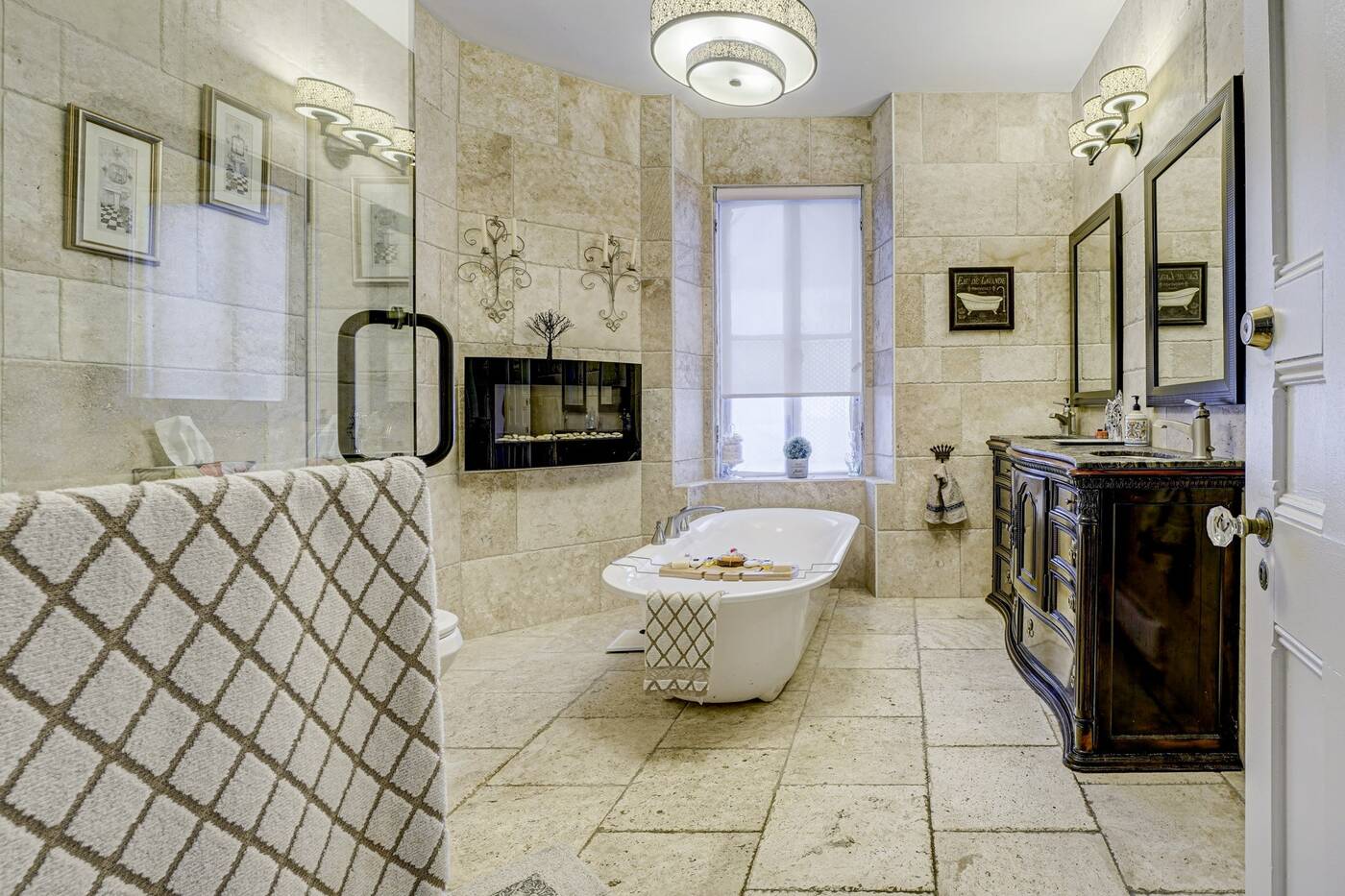 The bathrooms are large and some come with a soaker tub.

There's even a place to play pool... 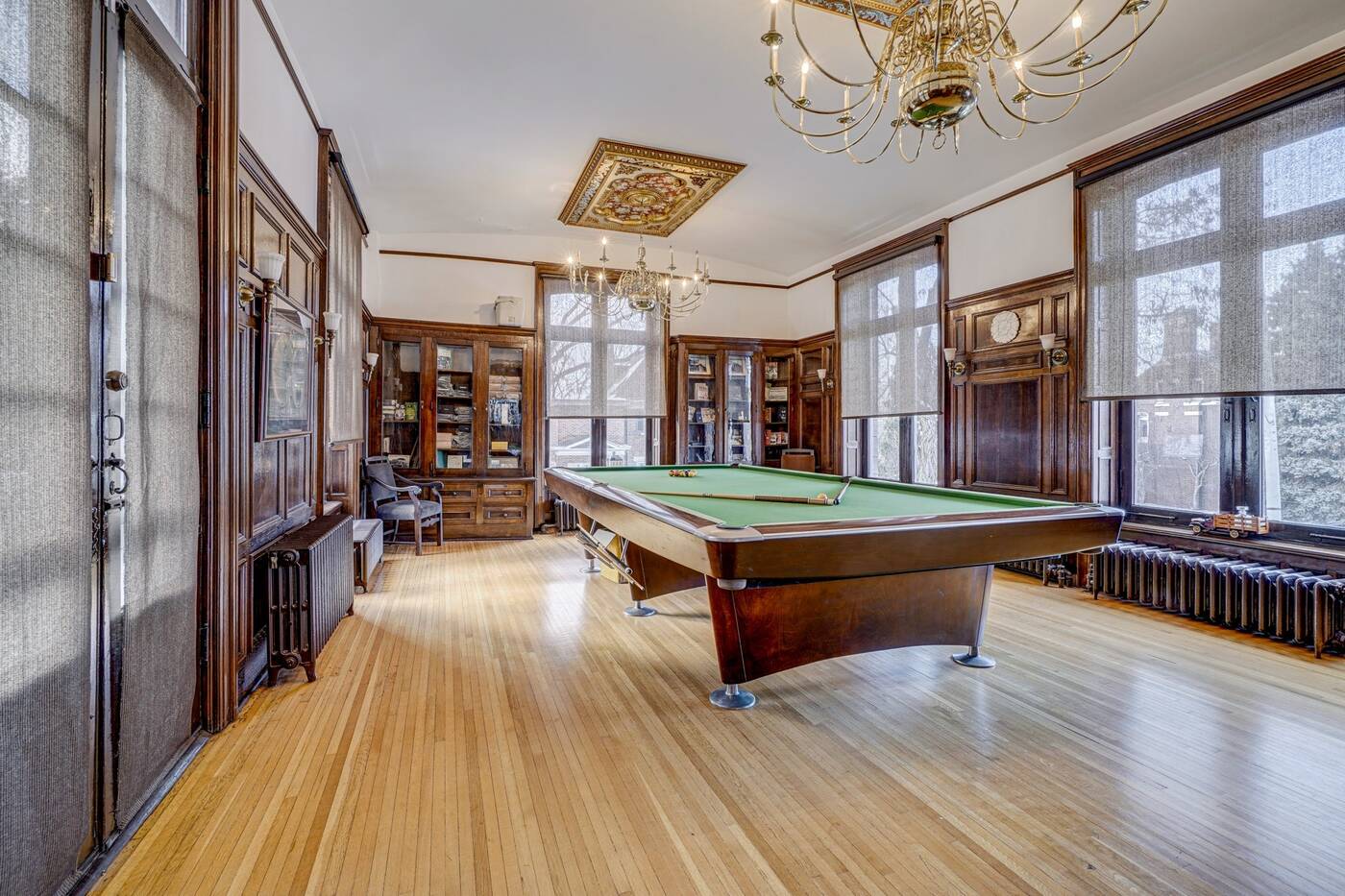 The games room has more wood panel features in keeping with the style of the castle.

...And a spooky-looking basement. 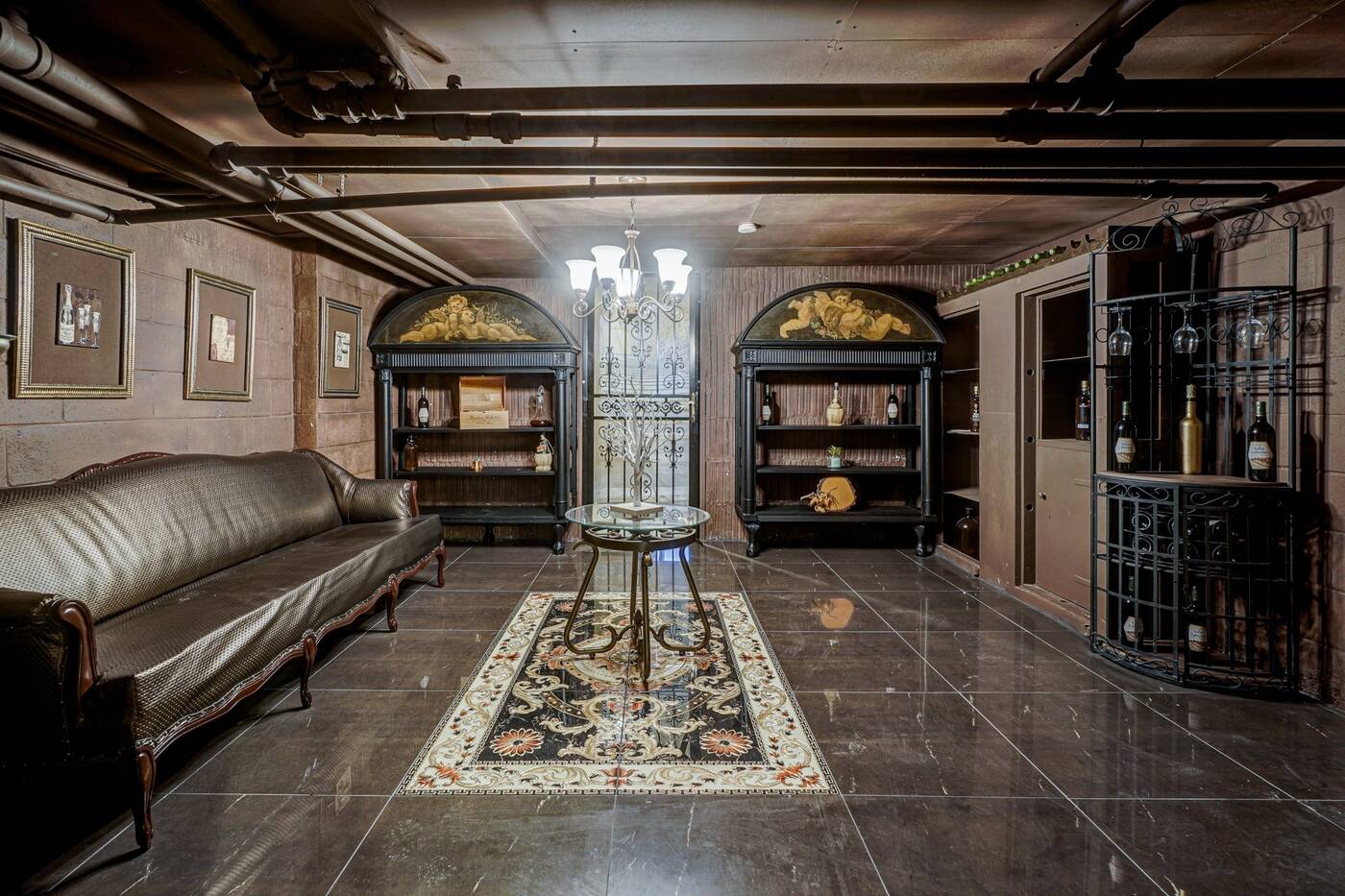 According to the realtor, the furniture and antique 1928 Ford car are included. 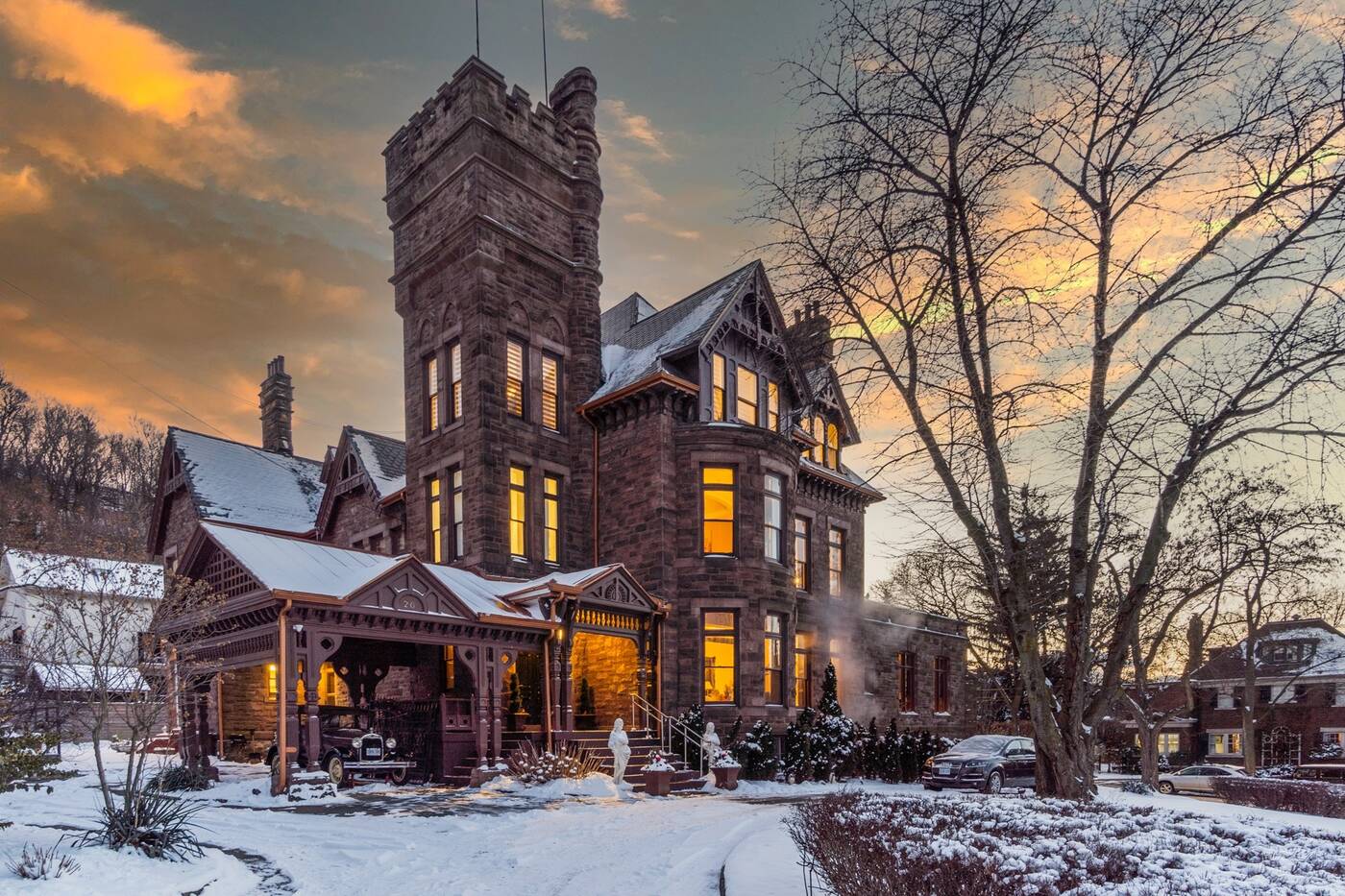 If you're looking for somewhere to host your next ball, this could be the place.