Kyle Lowry is rumoured to be selling his house in Toronto for $5.3 million

Rumours started earlier this week that Lowry was selling his house, causing fans to speculate what that might mean.

The six-time NBA All-Star signed a four-year contract with the Raptors in 2012, at which point he secured a home in Toronto. He renewed his contract for the 2020-2021 season.

While the agent who listed the property didn't respond to blogTO's request for comment, other sources have allegedly confirmed Lowry's house to be the home in question. 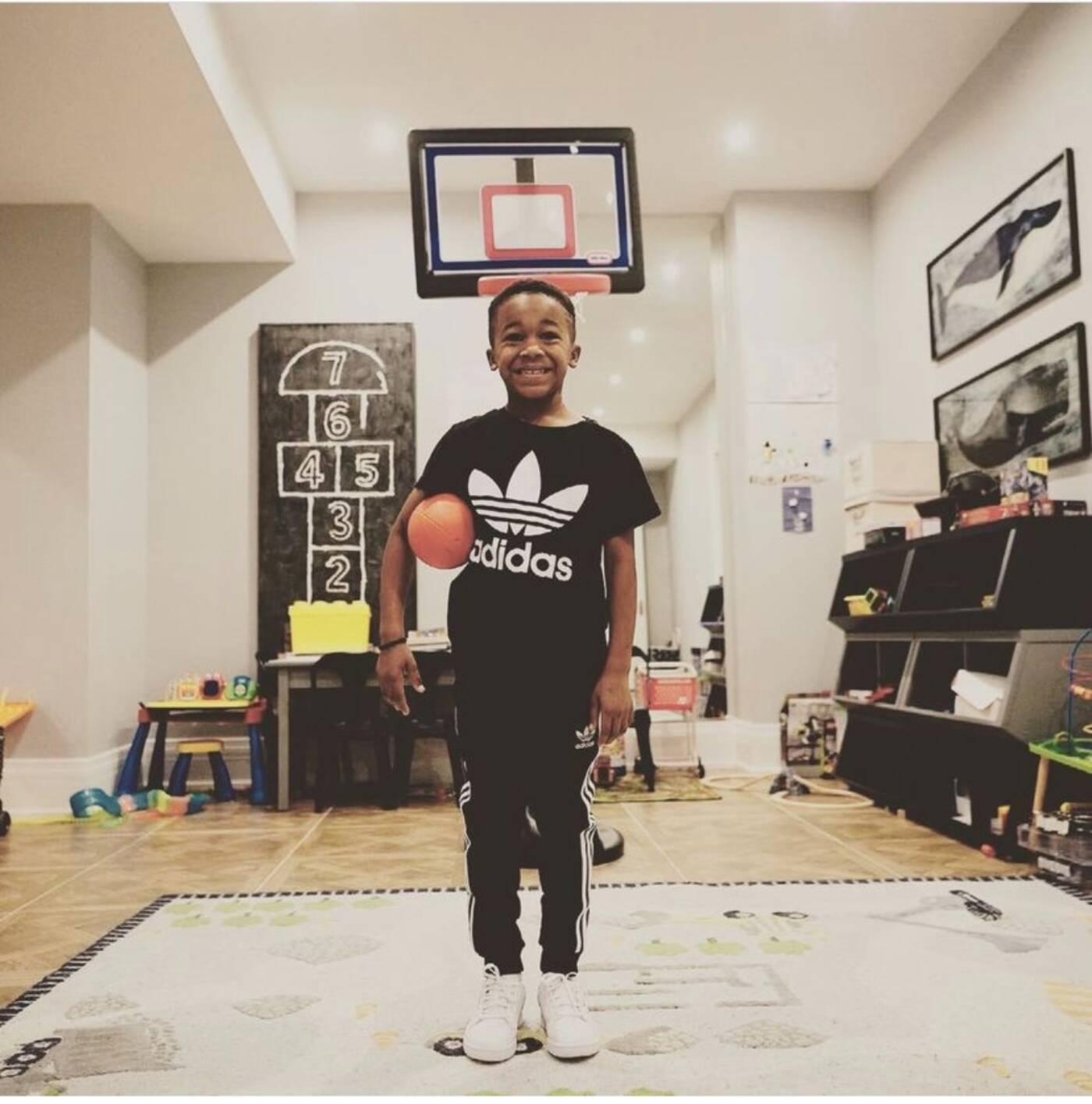 Photos on Kyle Lowry's Instagram showcase some of the similarities between the photos in the listing, including paint colours and floors. 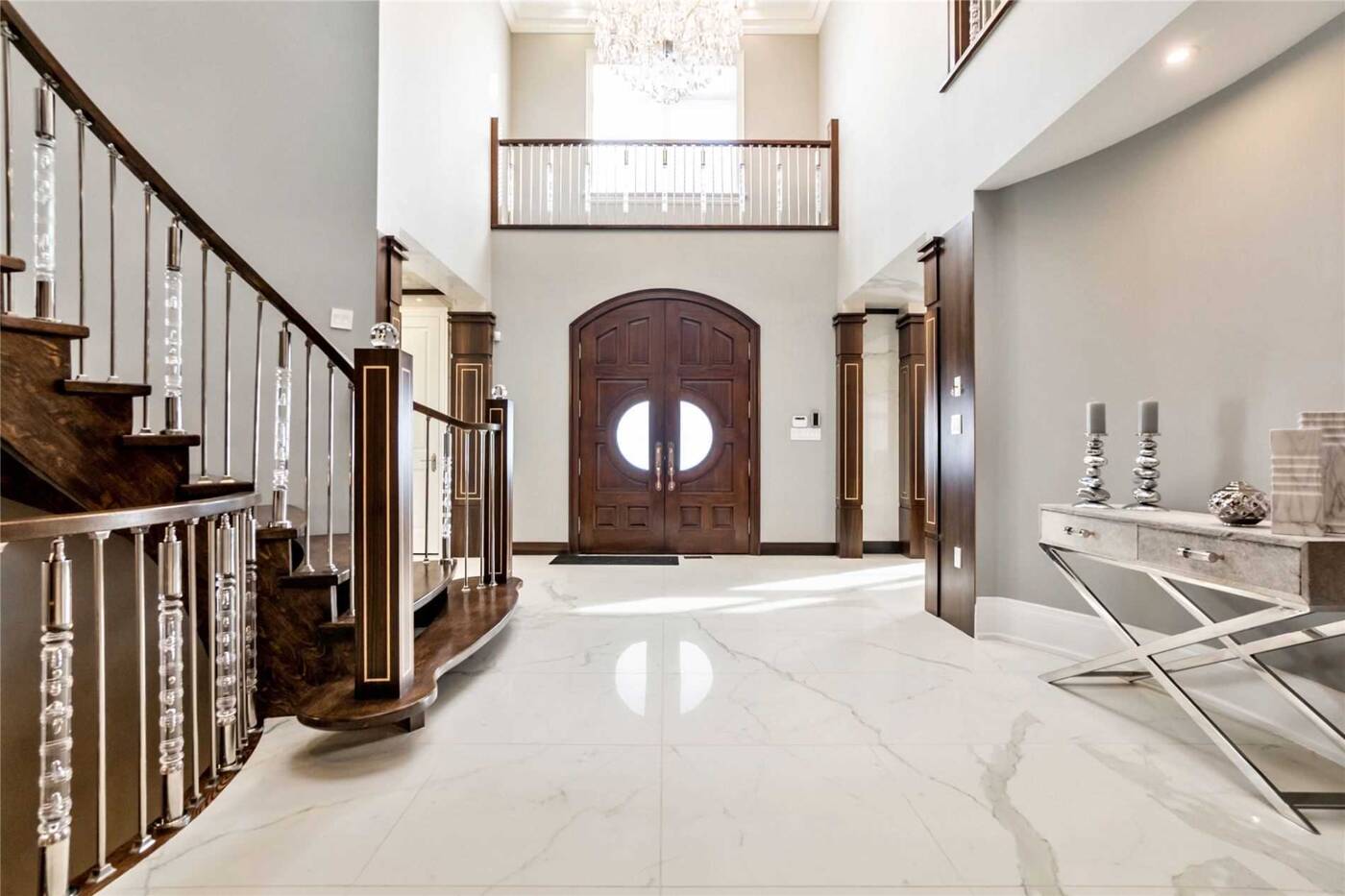 The house has a super modern and trendy feel with lots of marble throughout.

The grand entrance features a floating oak staircase, a crystal chandelier and tons of natural light. 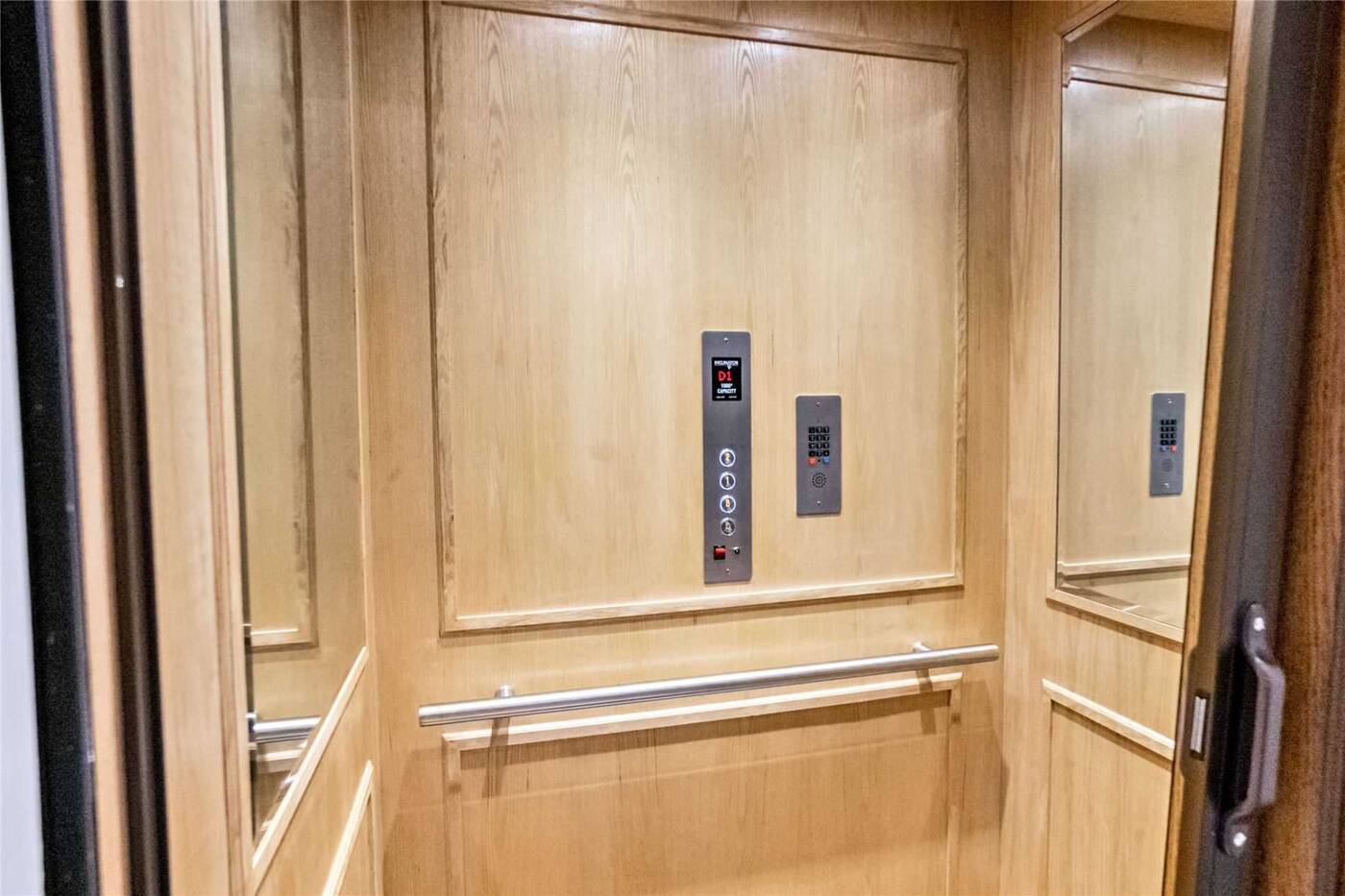 The elevator is located on the first floor and takes you throughout the three levels of the house.

The entrance is equipped with an elevator, in case you're too lazy to take the stairs. 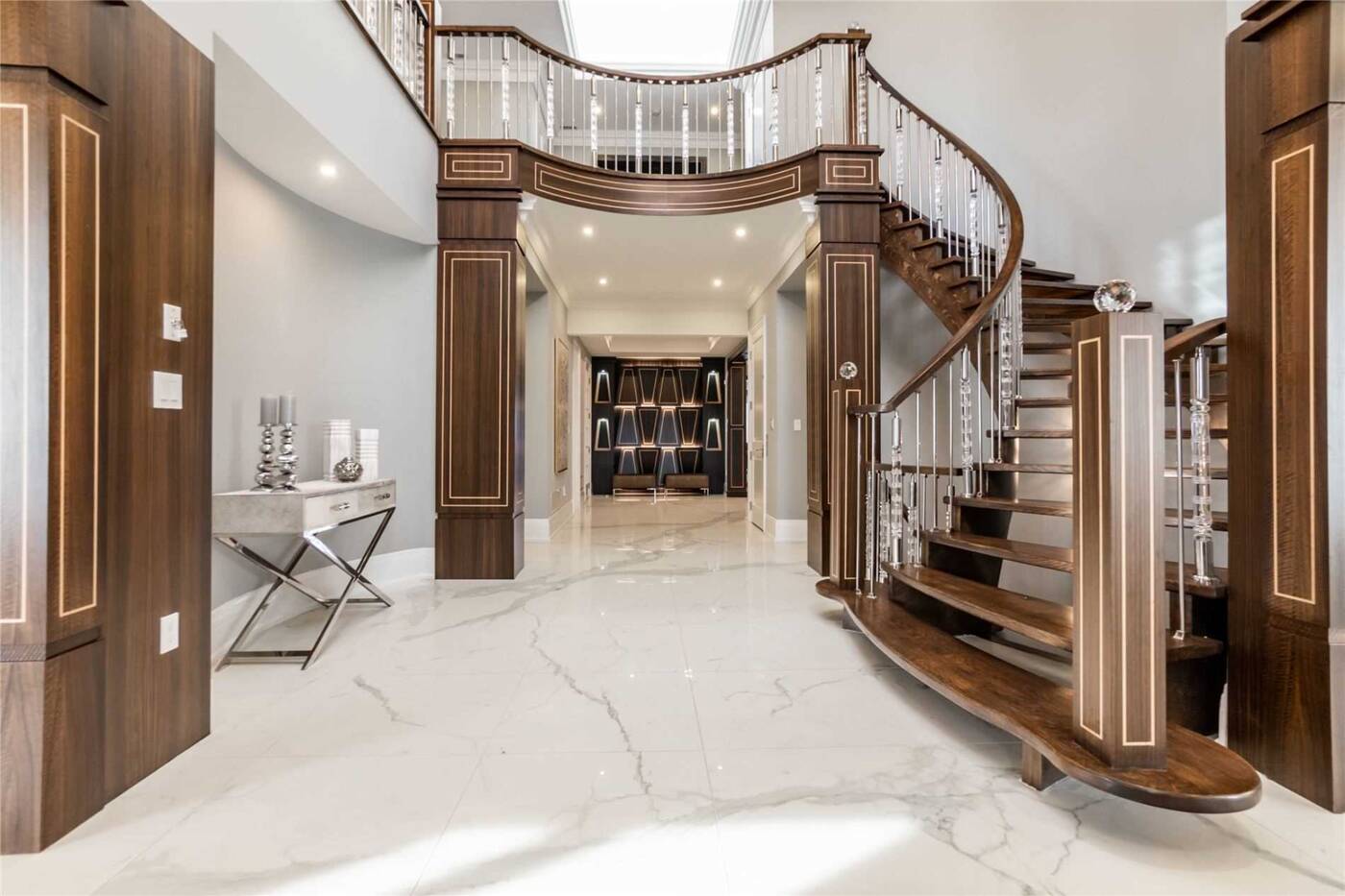 The wooden staircase and big hallways are super luxurious.

The hallways are huge, and the house features a mix of white-grey marble and dark wood. 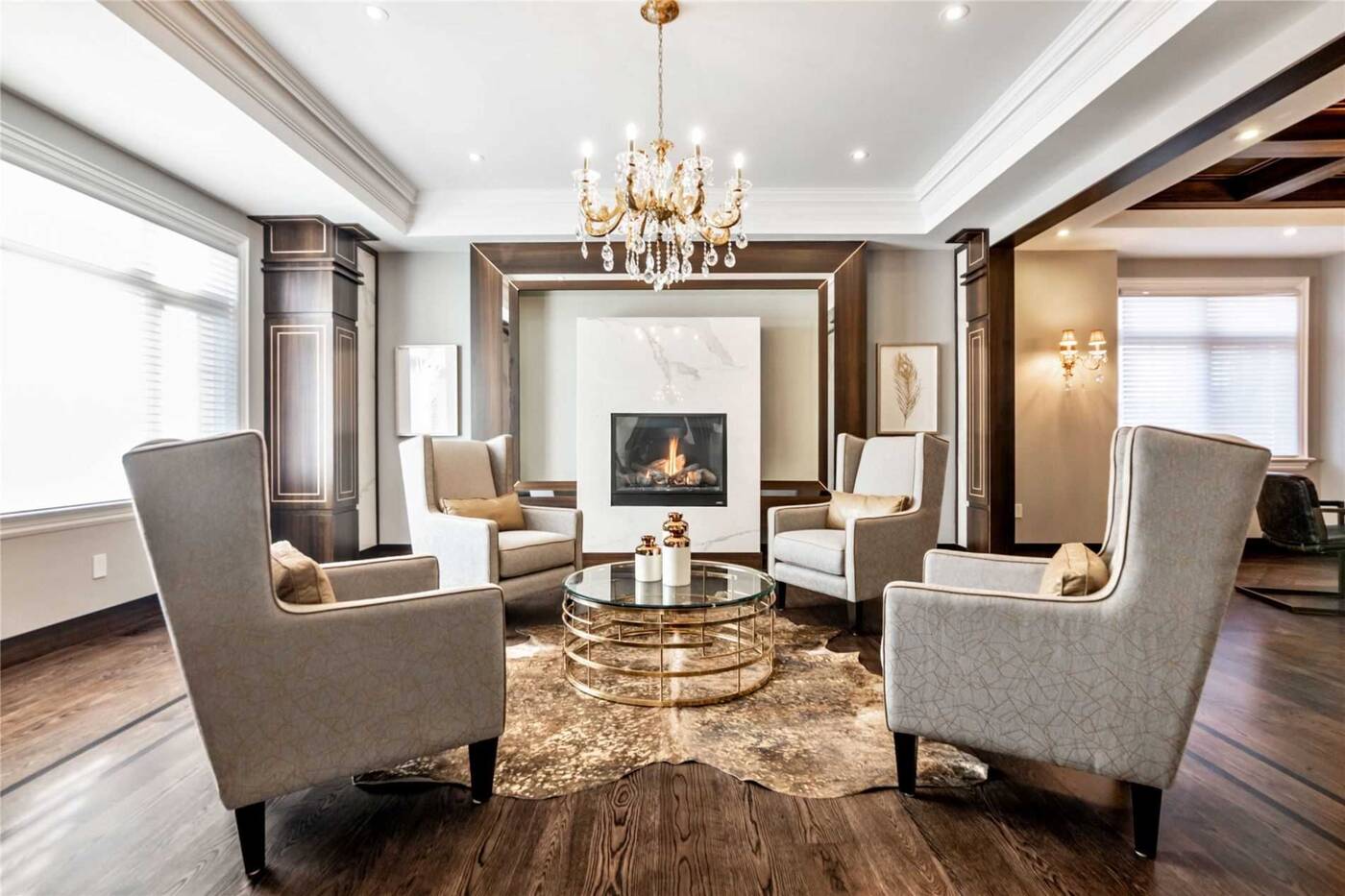 One of the living rooms in the home, which has lots of seating and a fireplace.

The house has a modern feel, with lots of gold accents. 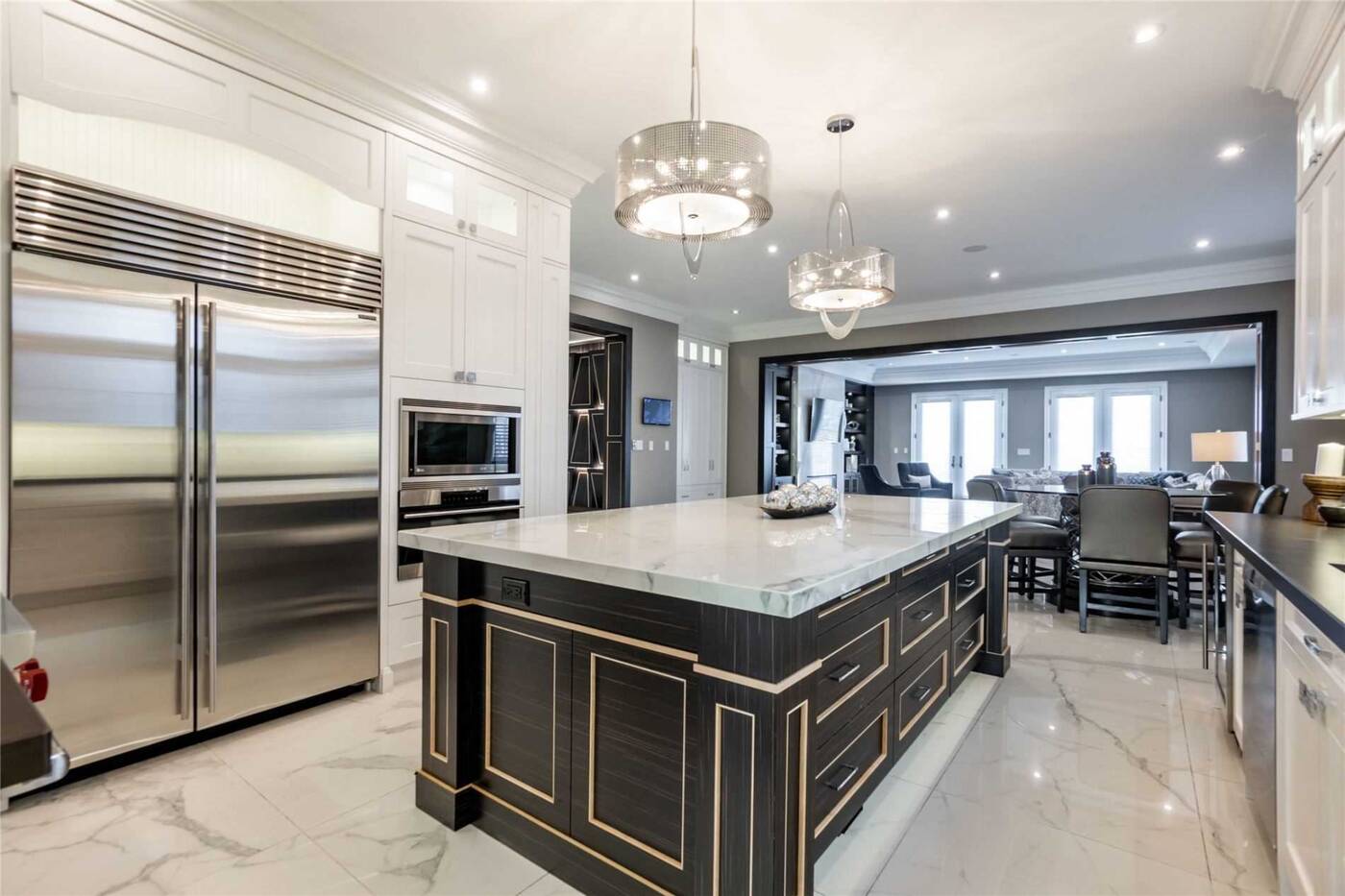 The kitchen has dark wood and marble accents, along with stainless steel appliances.

The kitchen features a massive fridge and a marble island. Not pictured is the seperate butler's kitchen, with its own appliances. 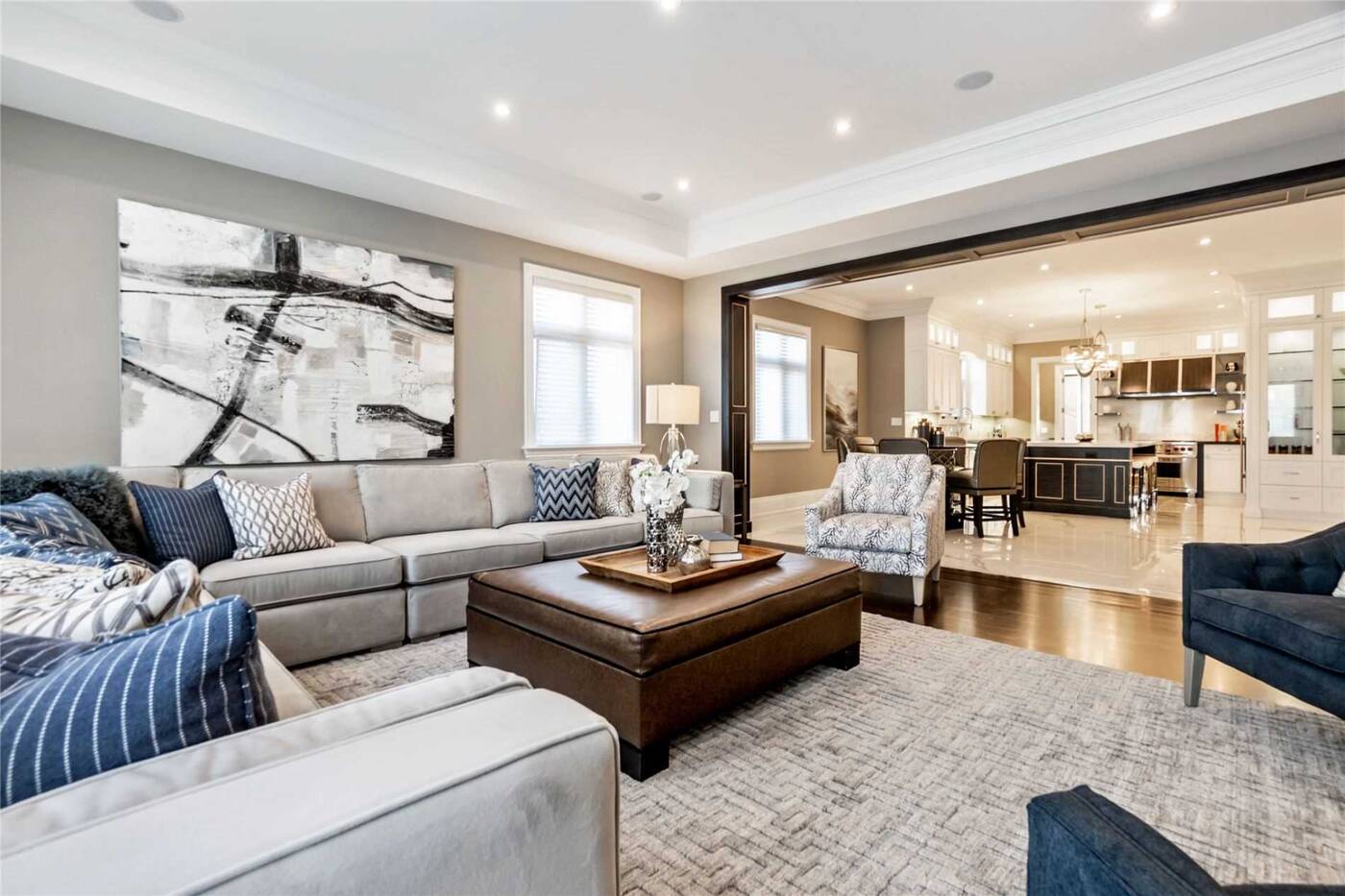 The living room and the kitchen are directly beside each other in this home.

The house also has a super open-concept, linking the living room and the kitchen. 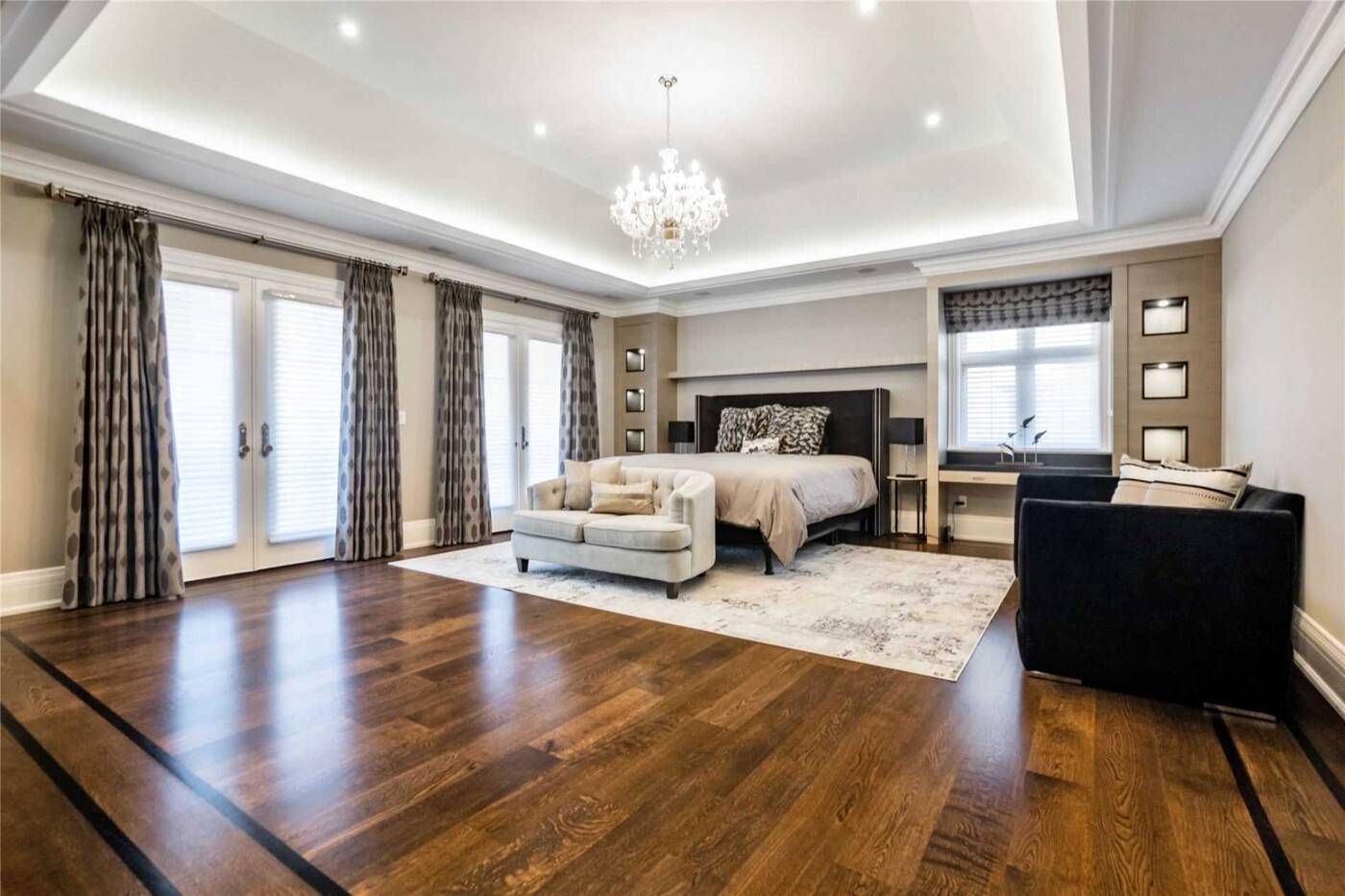 The master bedroom is spacious and filled with lots of natural light.

Lowry could probably have a scrimmage in the master bedroom, if he wanted to. 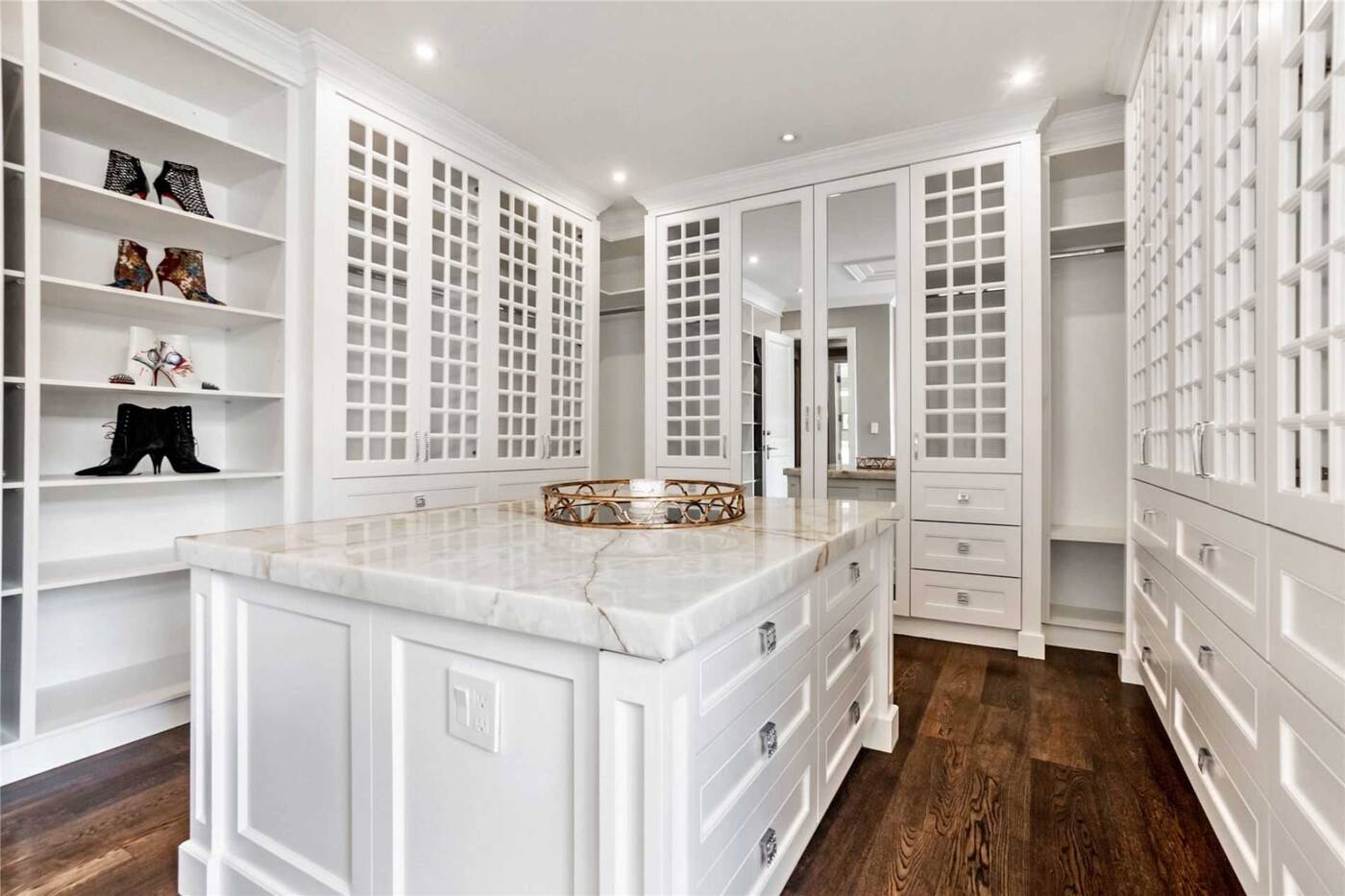 The walk-in closet everyone dreams of. 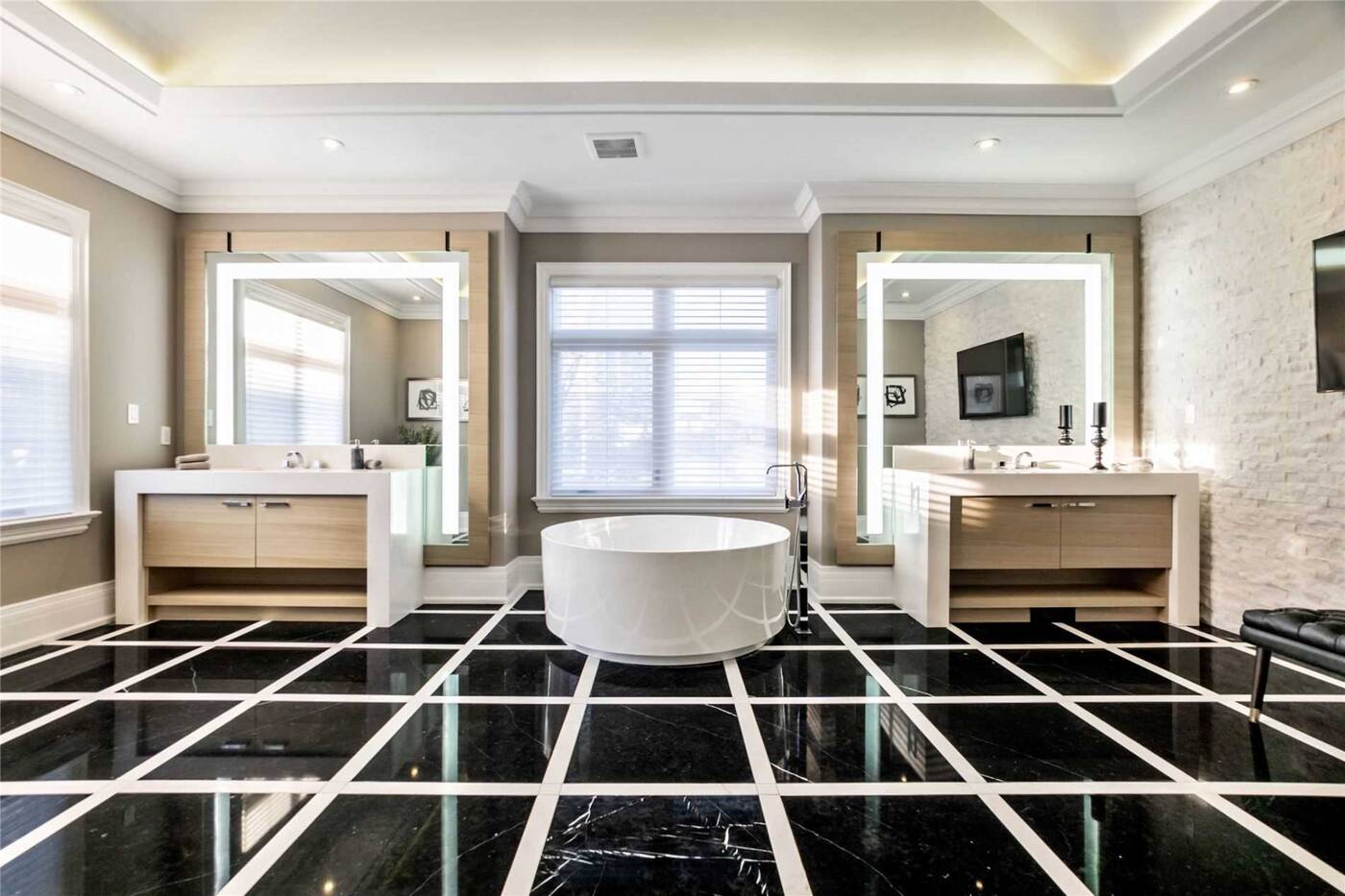 The master bathroom is equipped with a freestanding tub, heated floors, and two sinks. 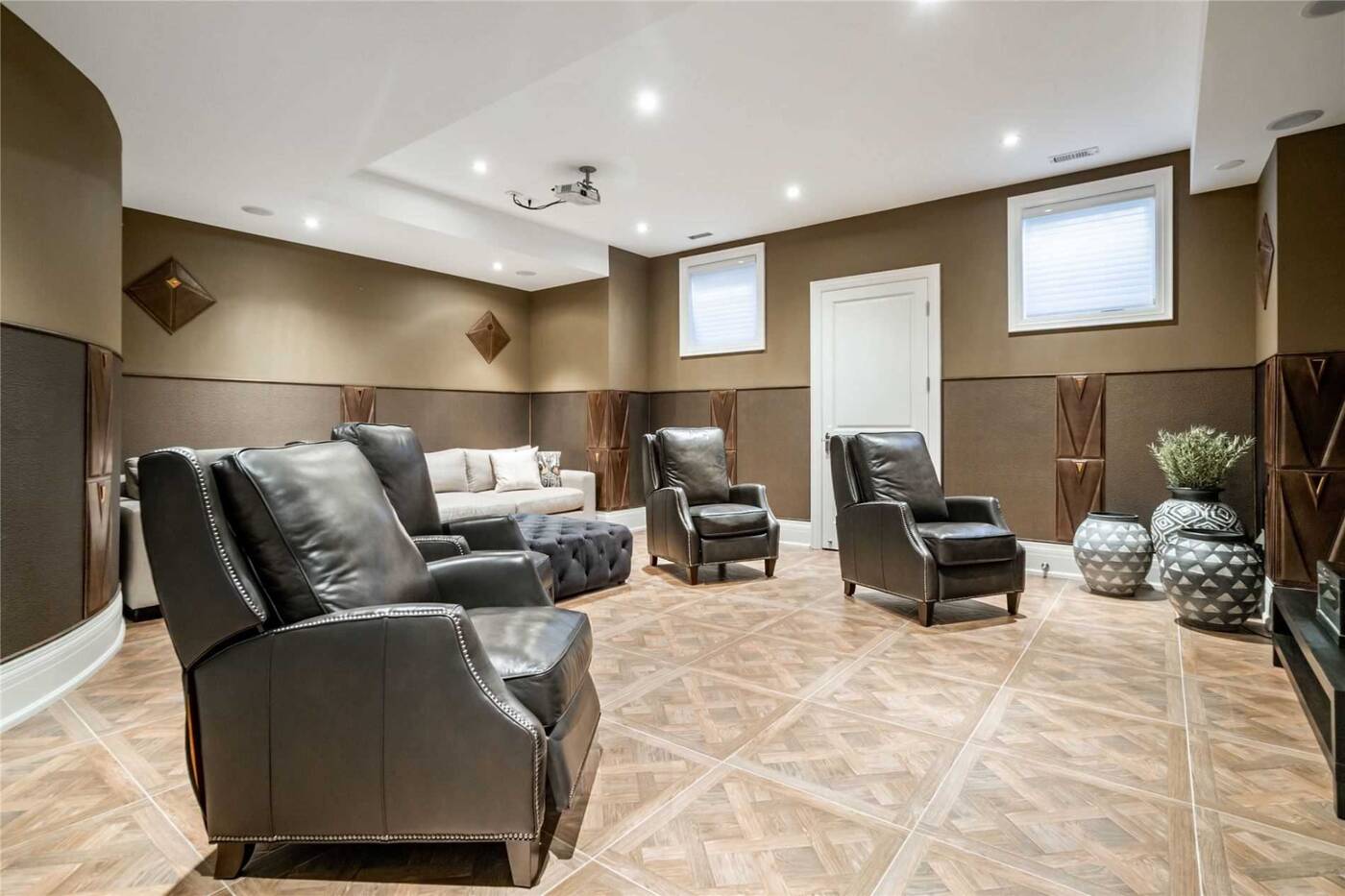 Leather seats and a TV make this media room feel like the threatre.

The house also features a media room on the lower level. The Lowrys must not have been missing the movie theatre too much during quarantine with this room in their basement. 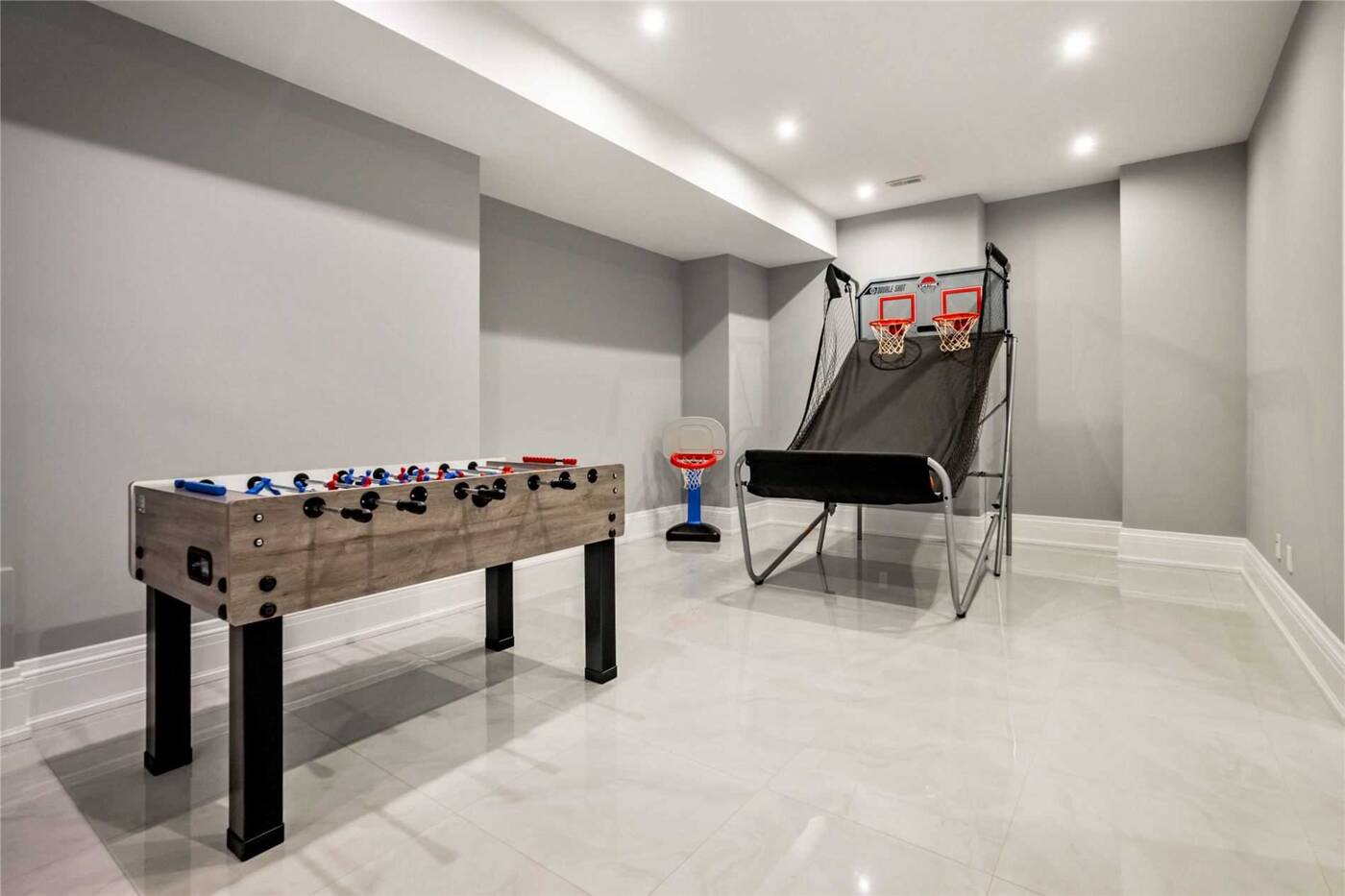 This house's basement seems to be a great spot for entertainment (party at the Lowrys anyone?).

The lower level also has a games room, with lots of basketball equipment for Lowry's two sons to play with (hint hint). 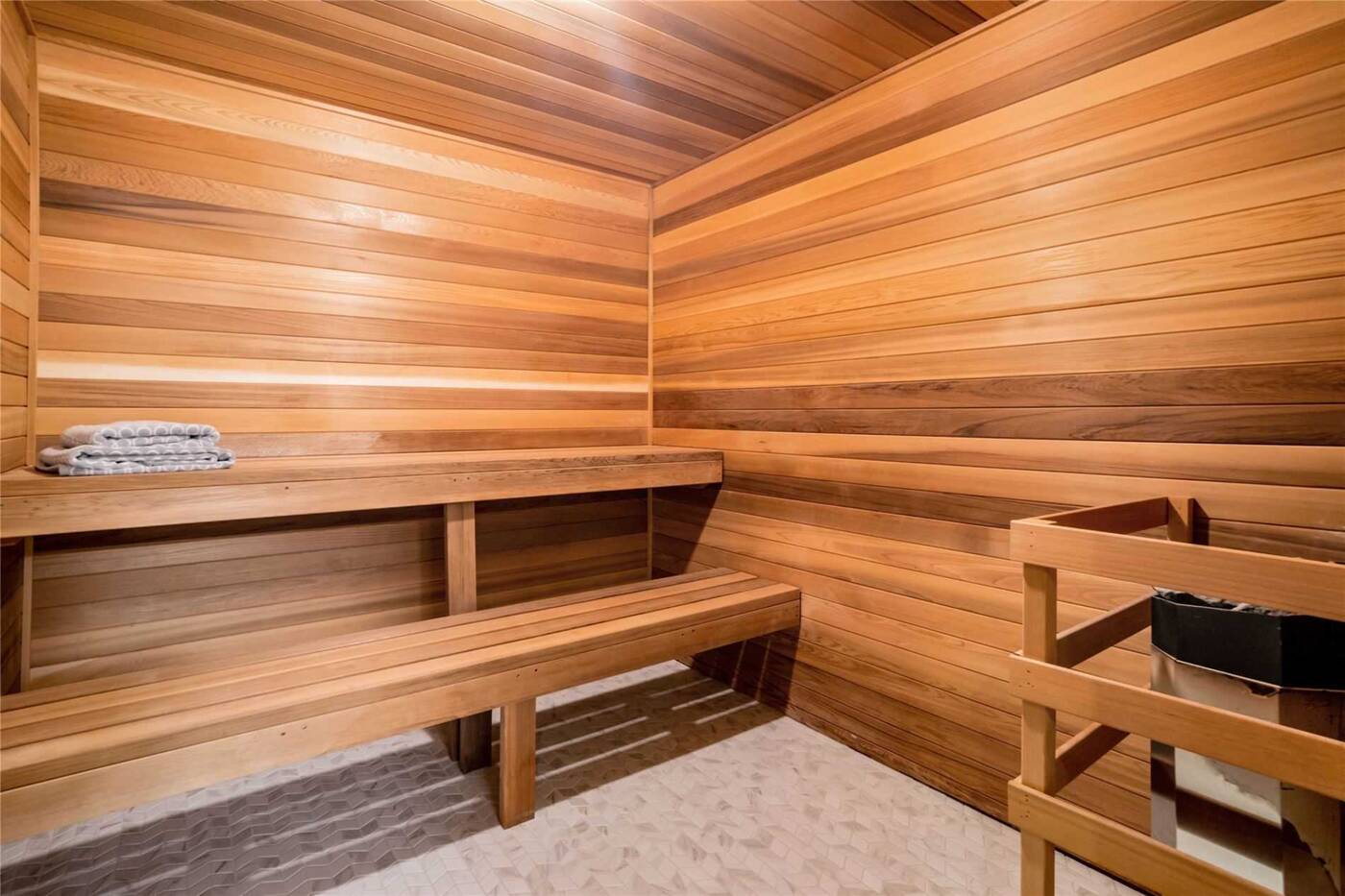 Why go to the spa when you have a sauna in your own home?

The-in house sauna makes trips to the spa unnecessary in the Lowry home, if this is in fact Lowry's home.

Fans are worried about what the rumours might mean for the Raptors star if true — and wondering whether he's simply relocating homes, or if he's moving out of Toronto for good.