This $2.2 million Toronto loft house was literally made for working from home

One of Toronto's most impressive and unusual custom homes has hit the market once again, this time for for a cool $2,225,000 — and it's worth every penny if you consider what went into creating this place.

Located at 8 Trefann Street in Regent Park, the very tall house (if you can call it a house) features five storeys of solid steel frame structures, old growth timber from Georgian Bay, and actual reclaimed marble from a financial district skyscraper.

It's also zoned for both commercial and residental uses — perfect for the live-work situation so many of us currently find ourselves in as offices remain closed amid the pandemic (if not forever.) 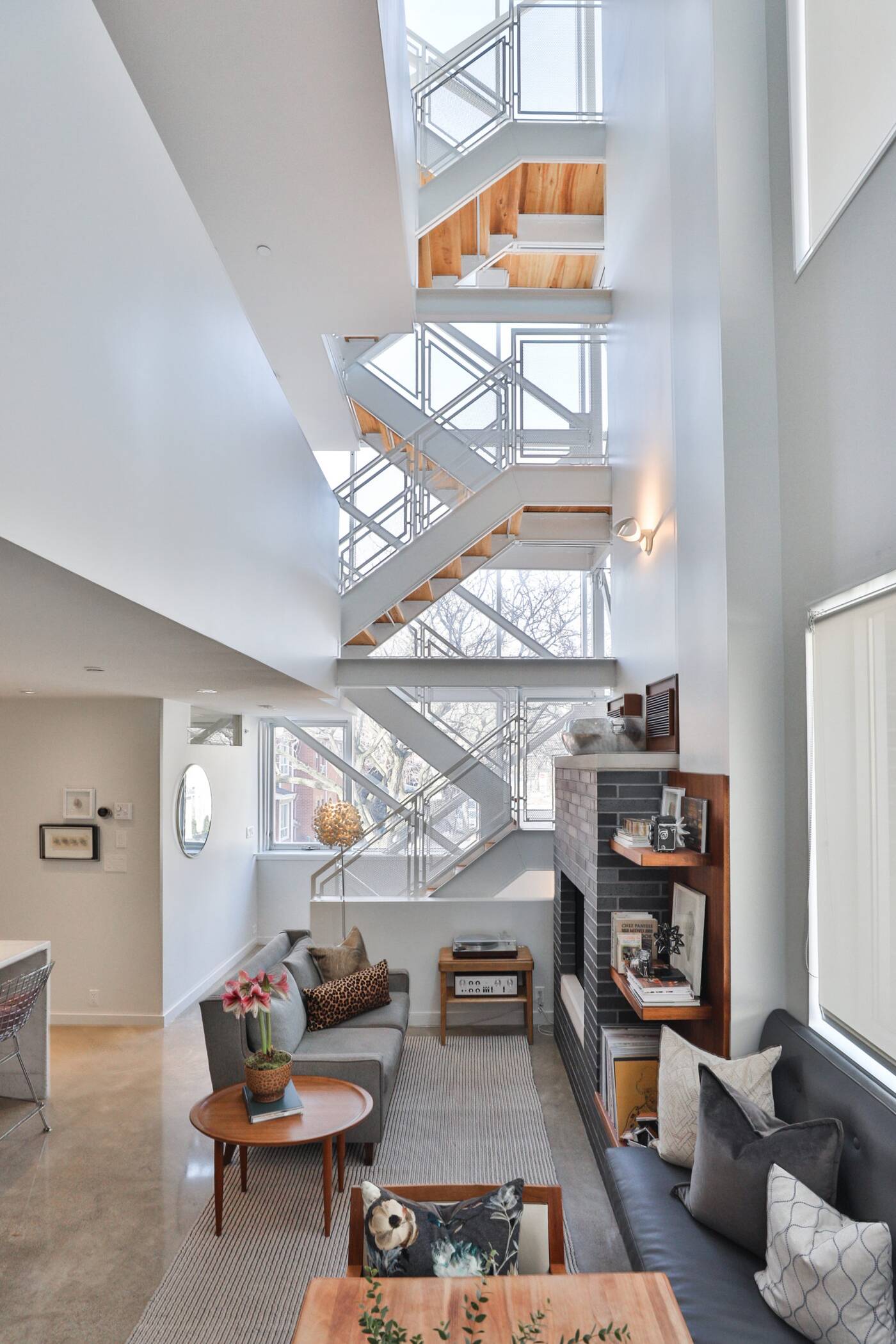 If the structure looks familiar, it's likely because the 2,650-square-foot home is somewhat famous among local architecture buffs for its composition atop a tiny 25 x 25 foot lot. 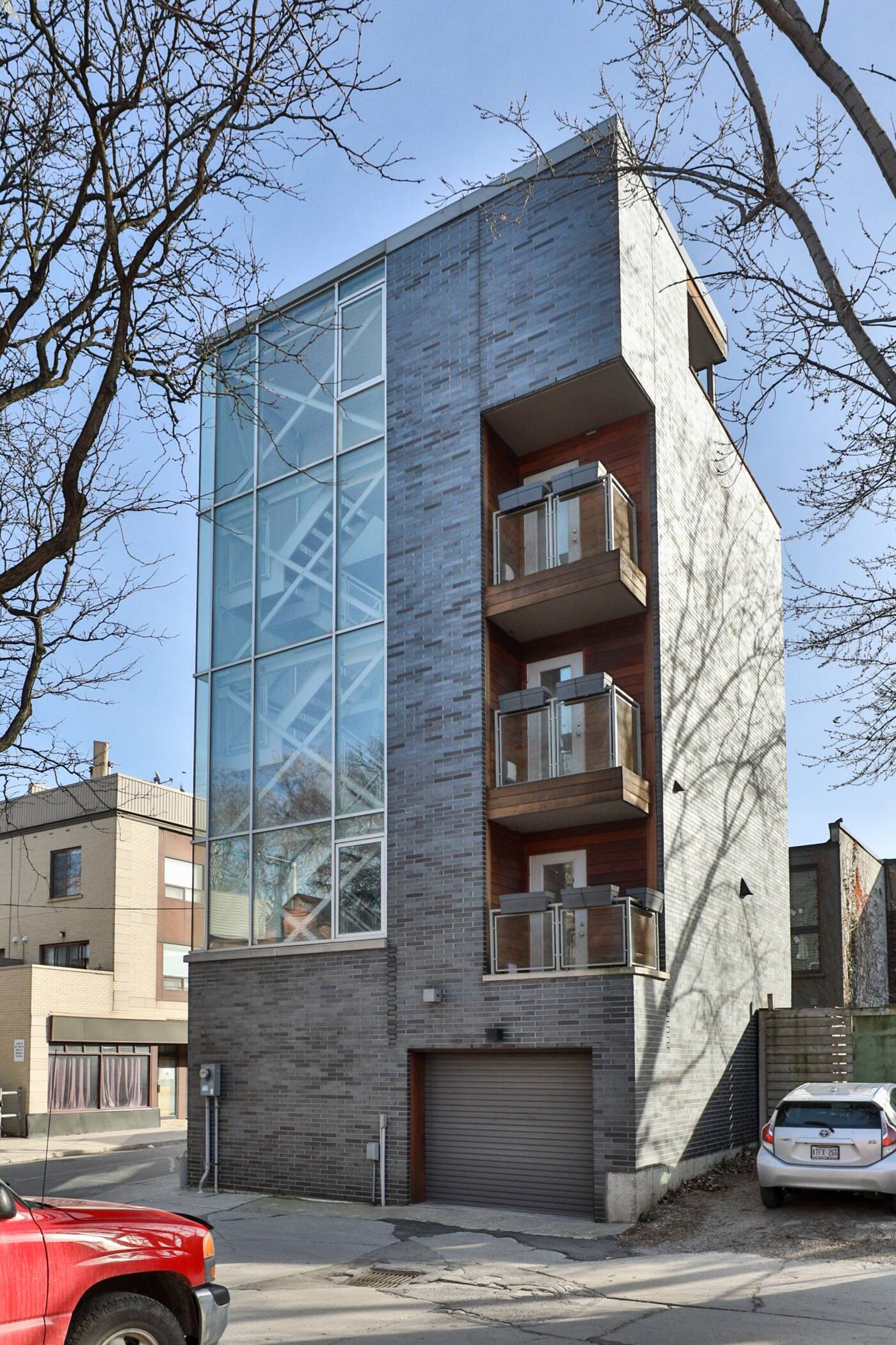 The home's original owners, Julie Dyck and Mike Humphries, bought the property more than a decade ago when it was merely a rundown shed. 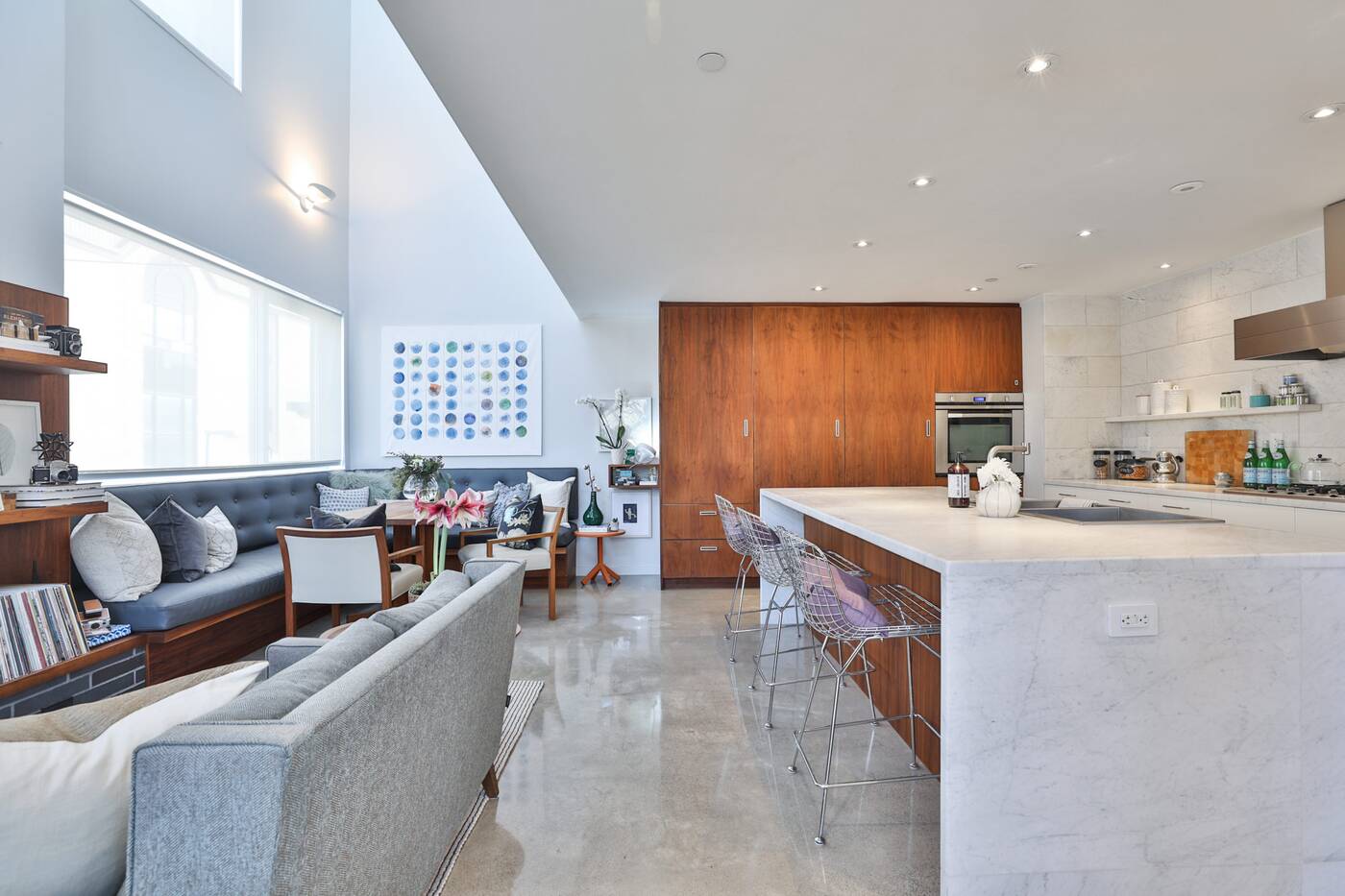 The idea was to demolish the old shed and use the space for parking (the couple lived and worked nearby) — until a better idea struck. 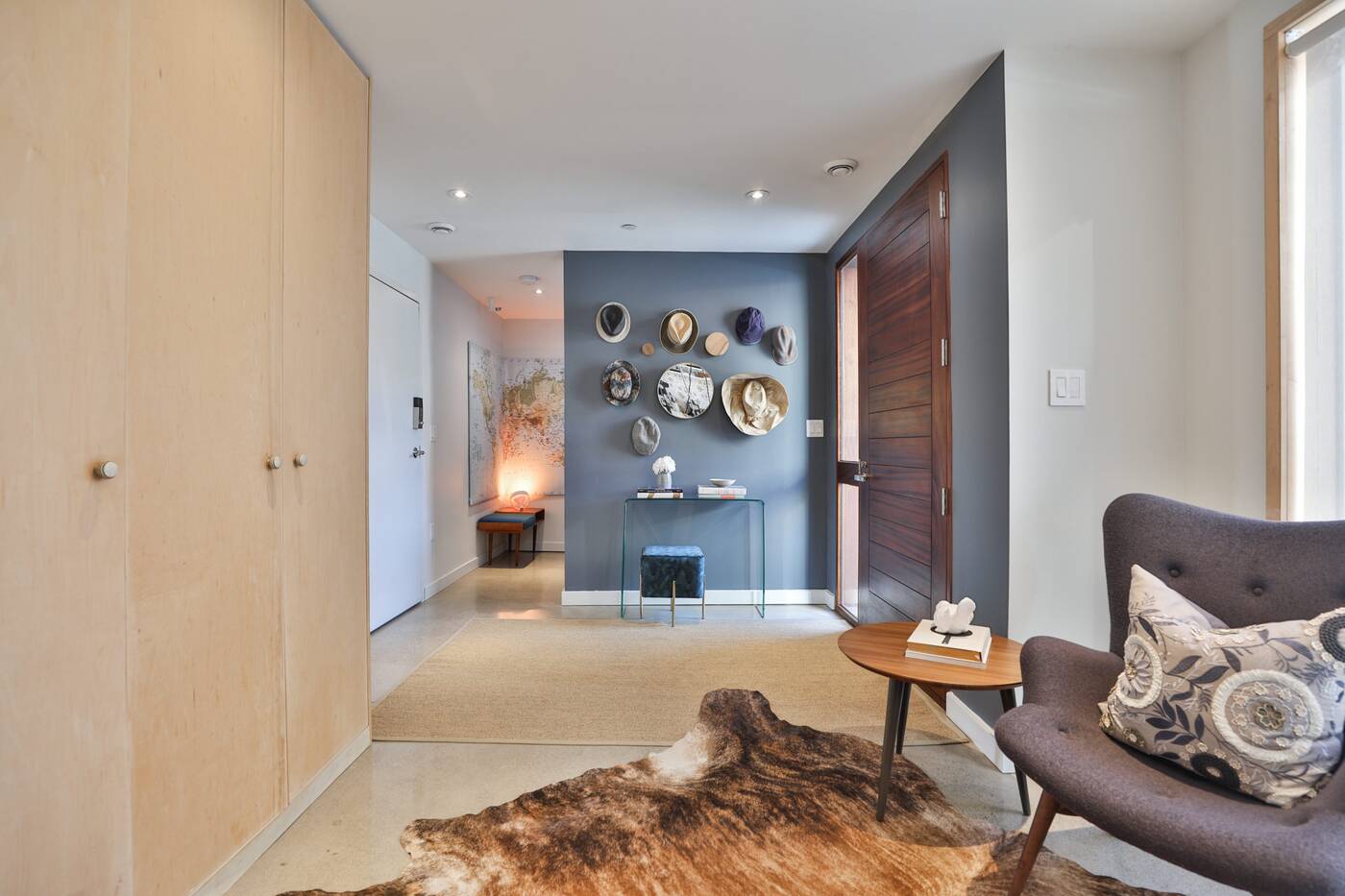 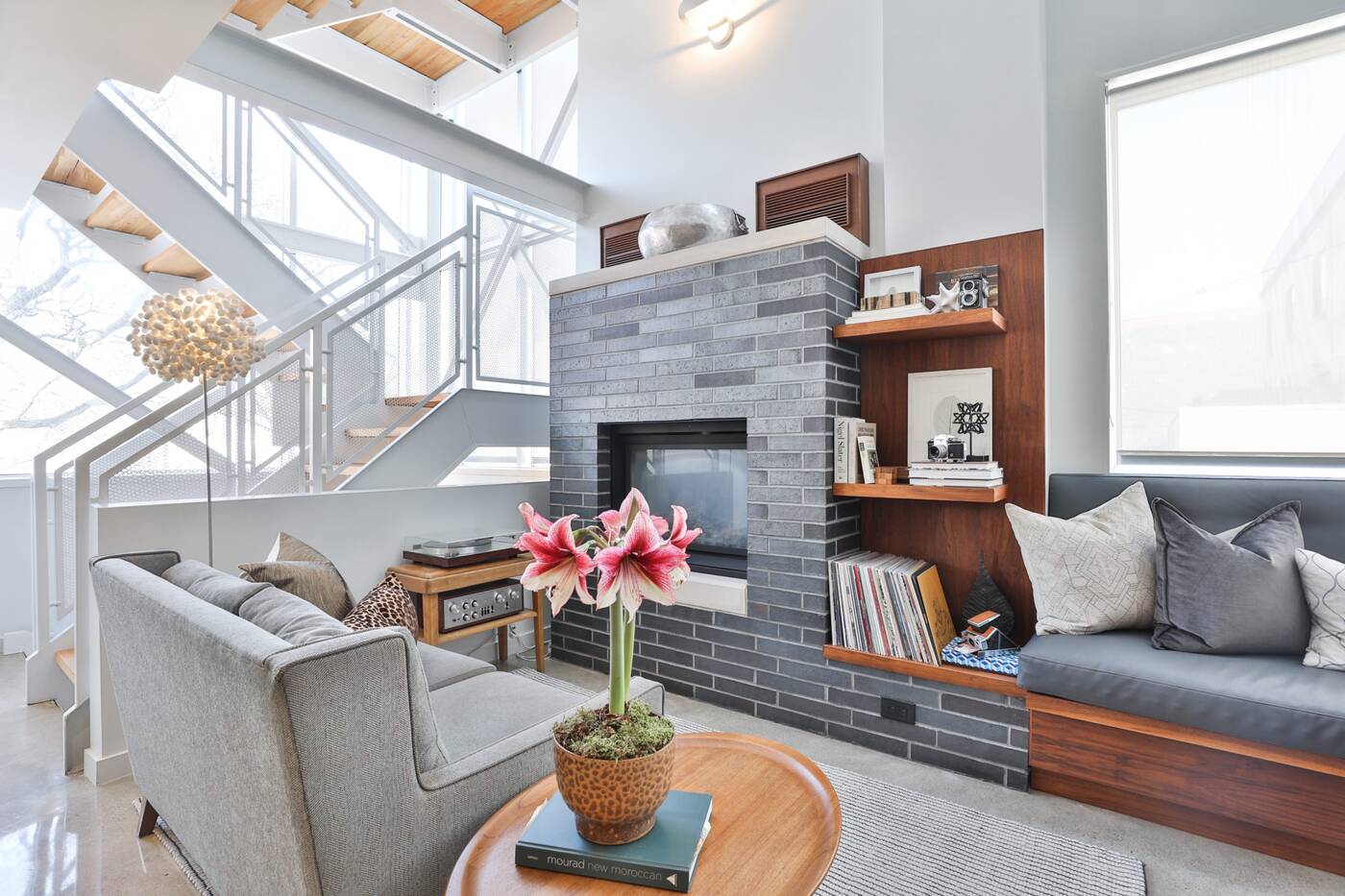 What resulted was perhaps the best real estate glow-up Toronto has ever seen. 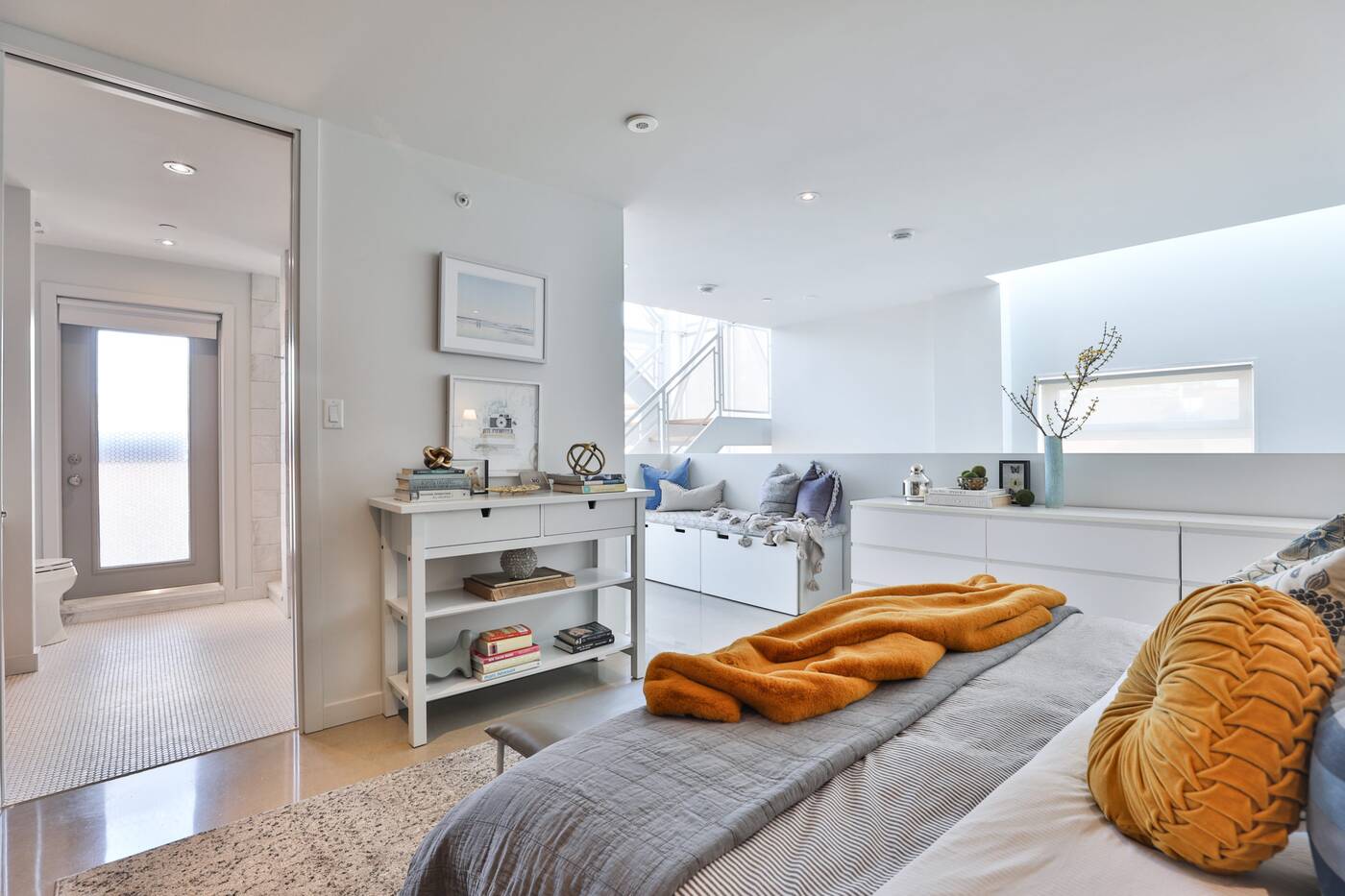 Featured by multiple news outlets over the years, 8 Trefann had been listed as a long-term rental before, but only went up for sale last month. 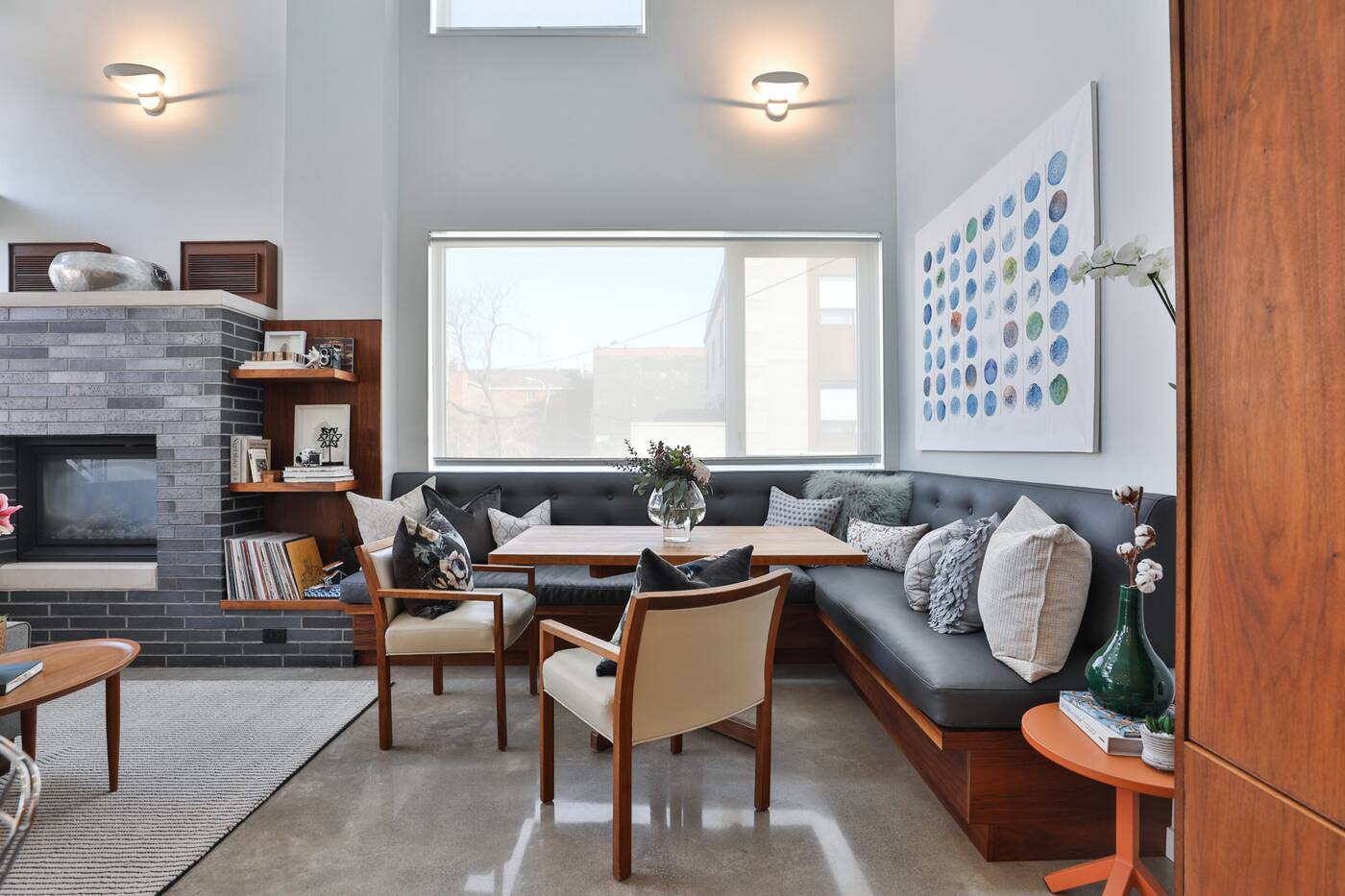 At $2,225,000 it's not a cheap purchase, but its kitchen is lined with marble sourced from First Canadia Place. 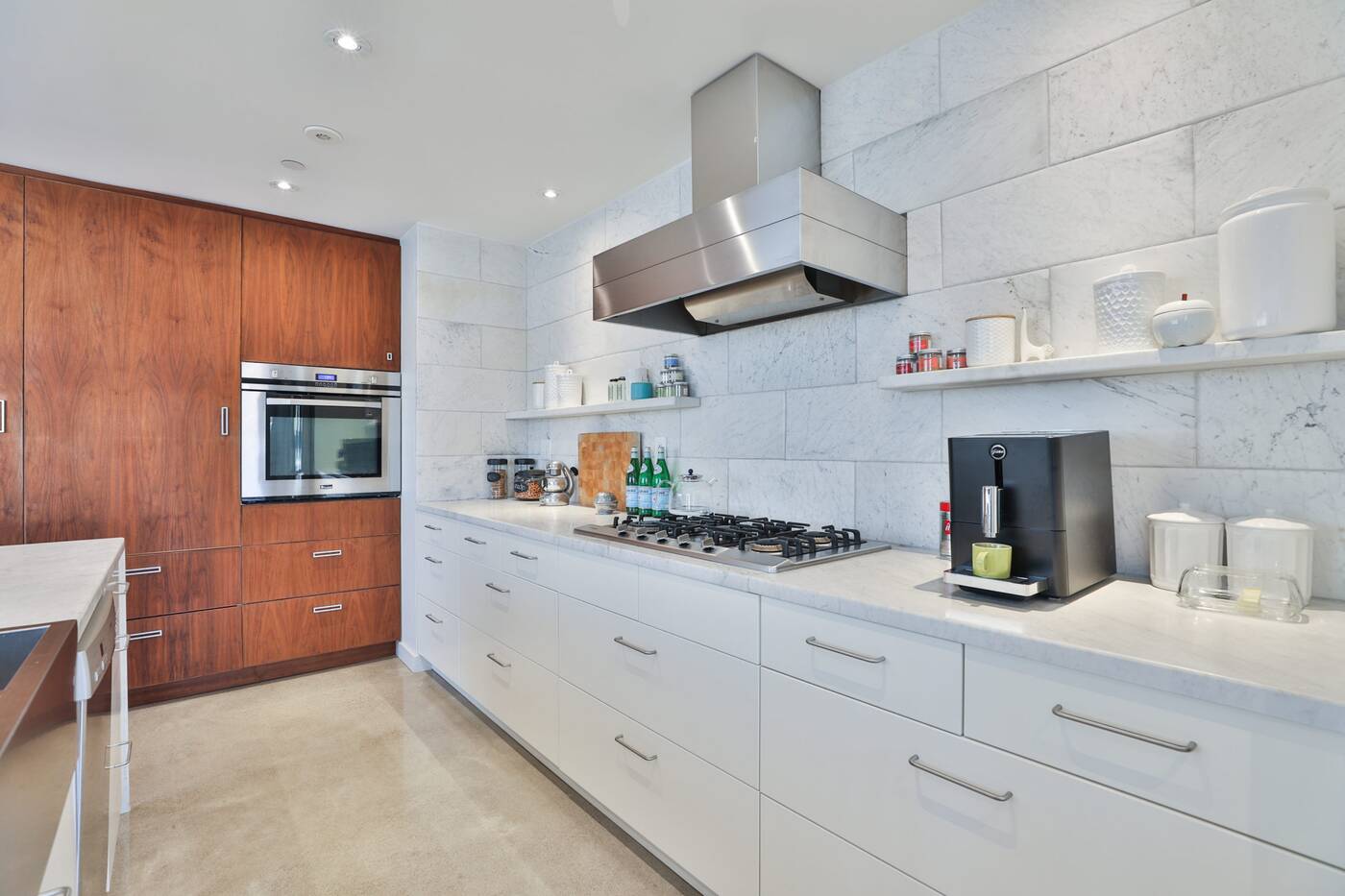 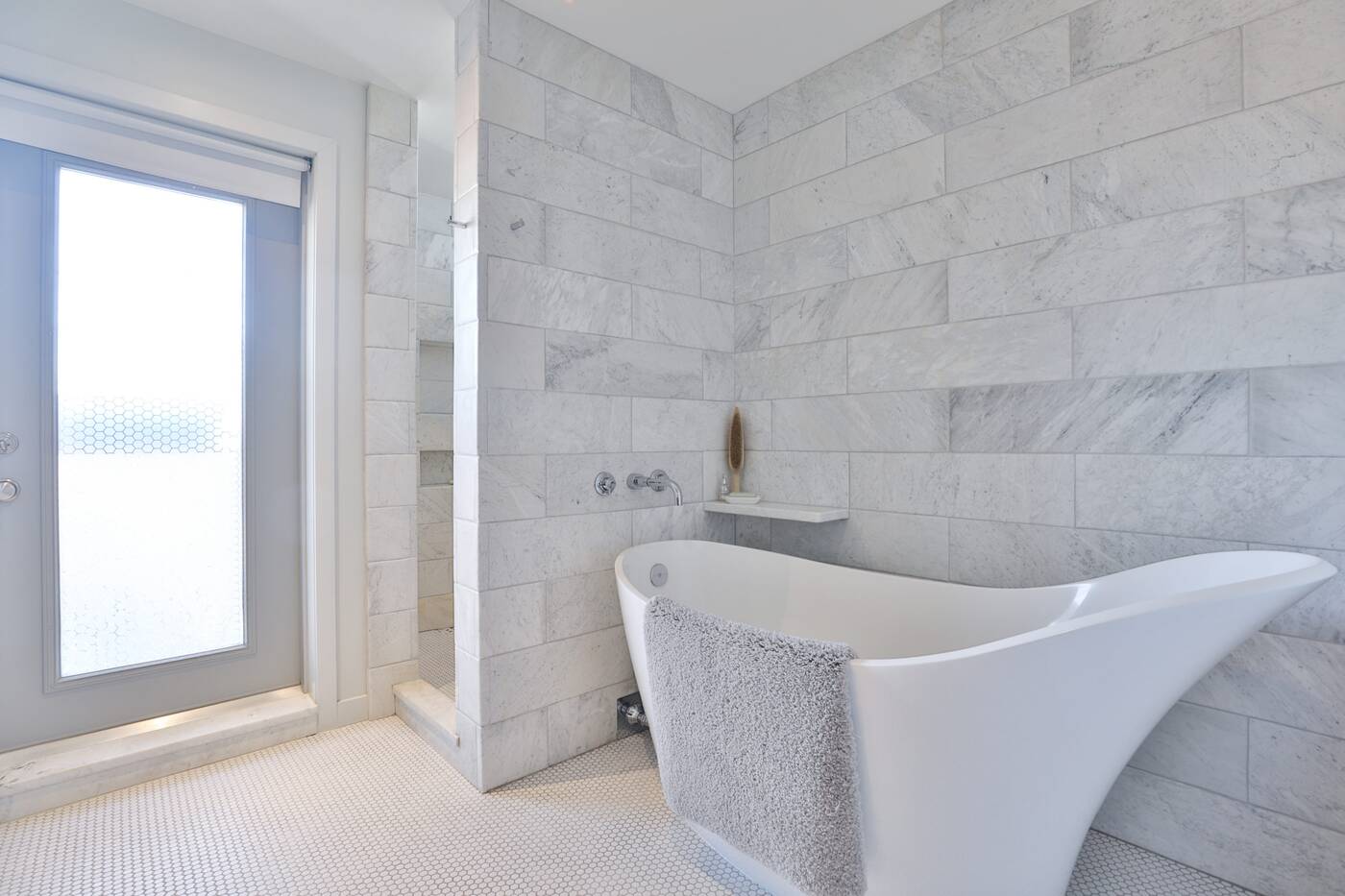 One of the cooler things about the space is how flexible it is in terms of its configuration. 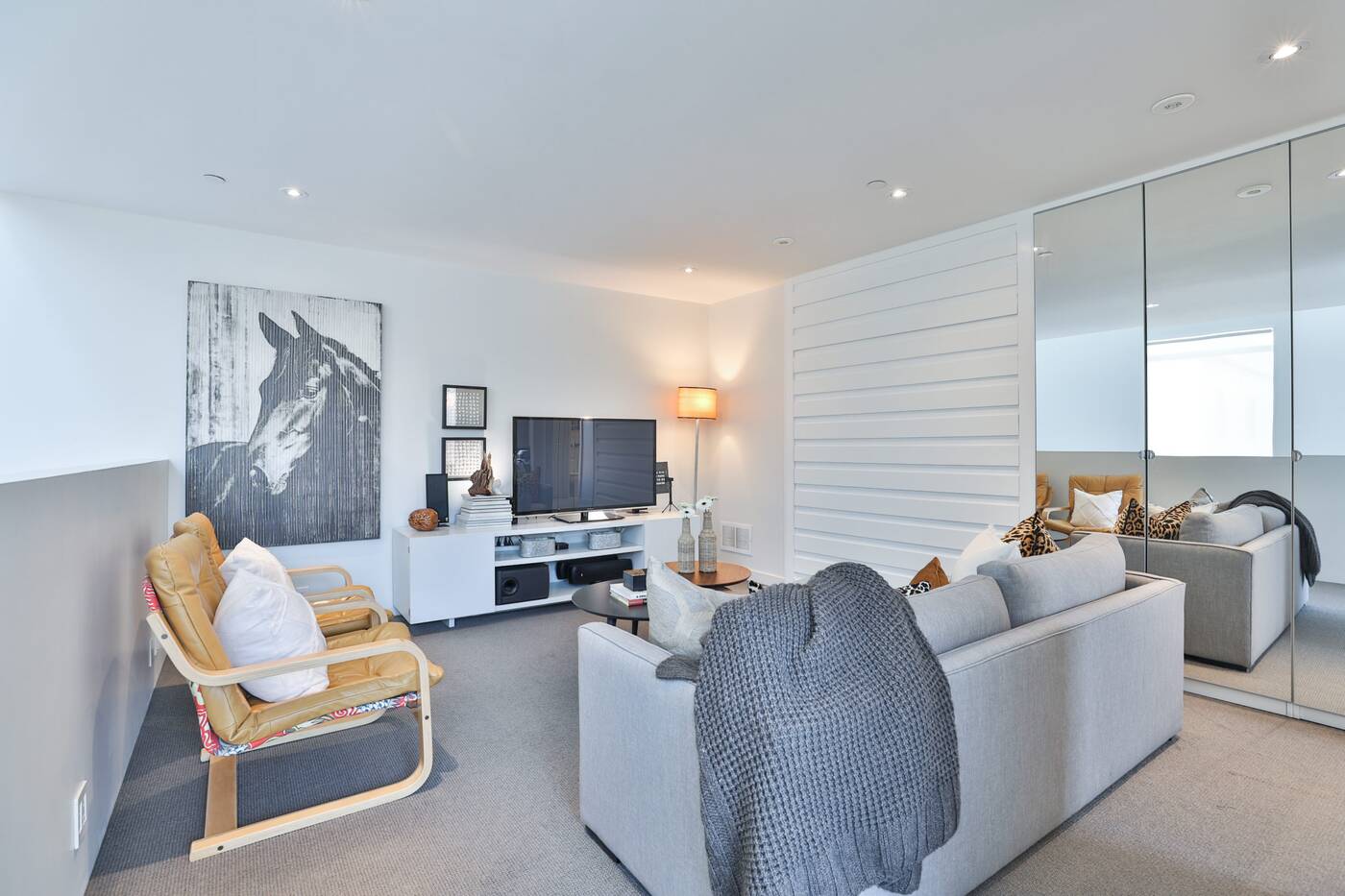 One media room transforms into an additional bedroom with the flip of a murphy bed. 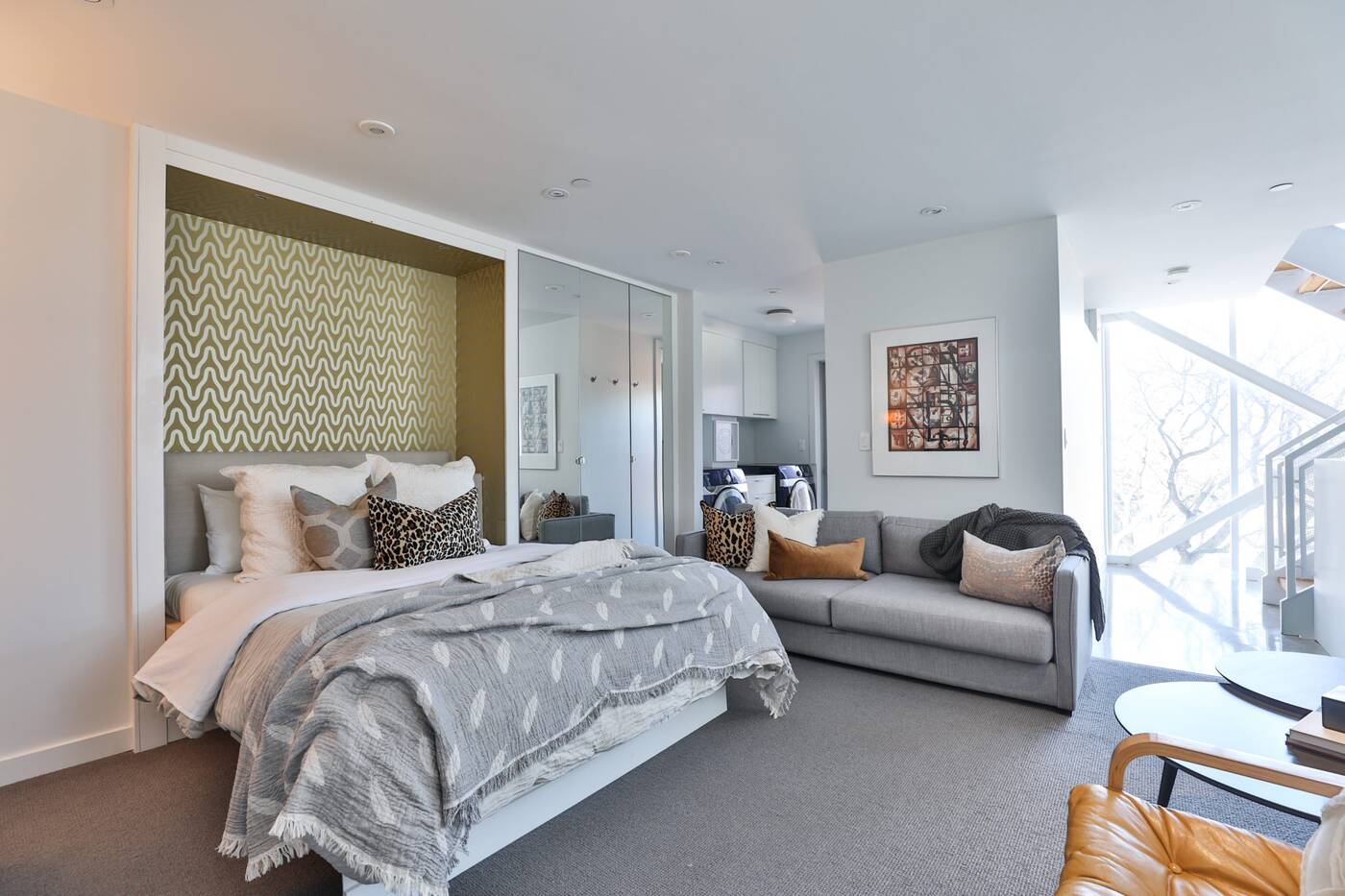 On the main floor is a cozy and rustic two-person office. 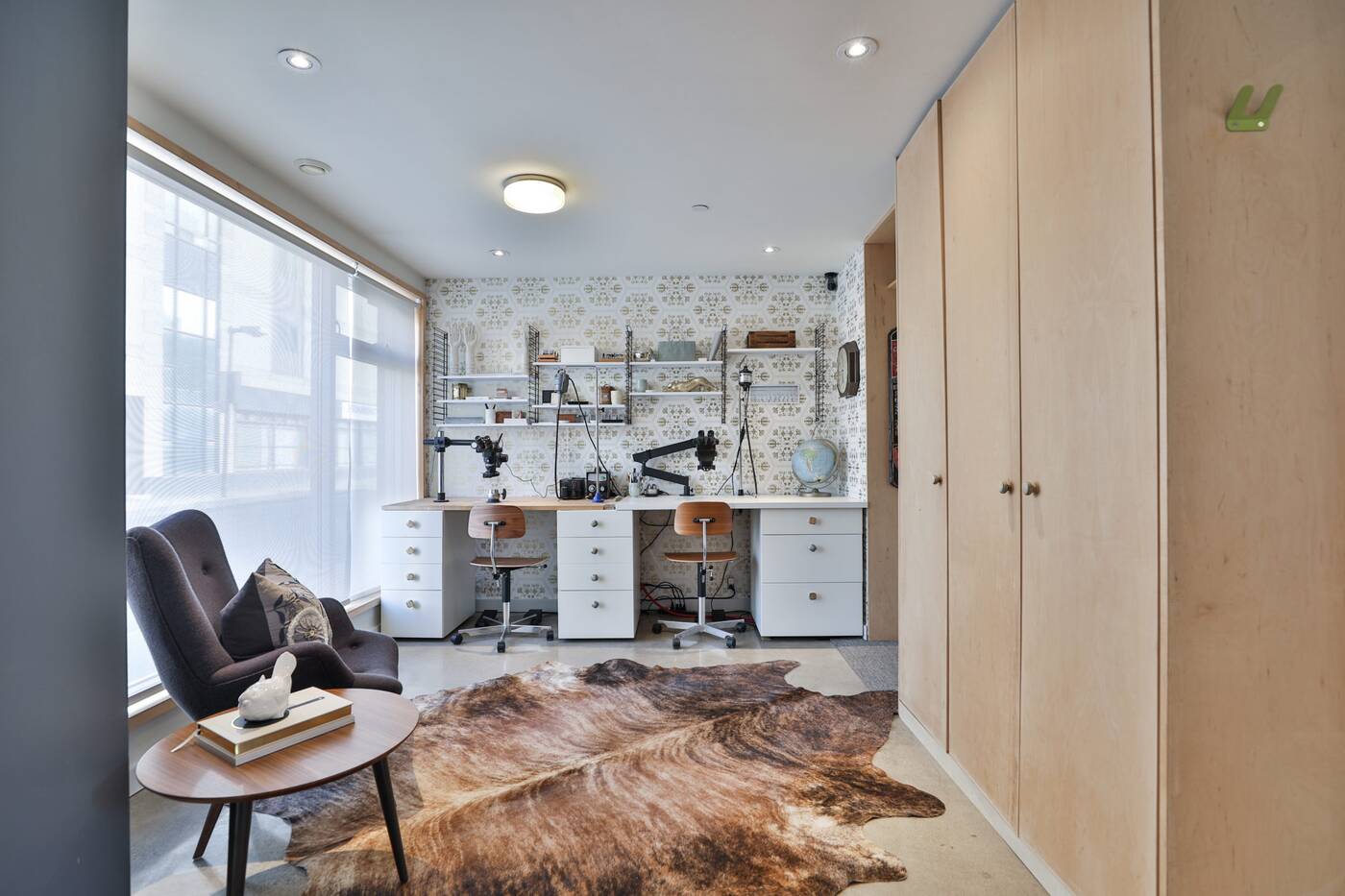 The listing boasts three bathrooms and 2+1 bedrooms, but it looks as though the den is currently being used as a charming sunroom just off the deck. 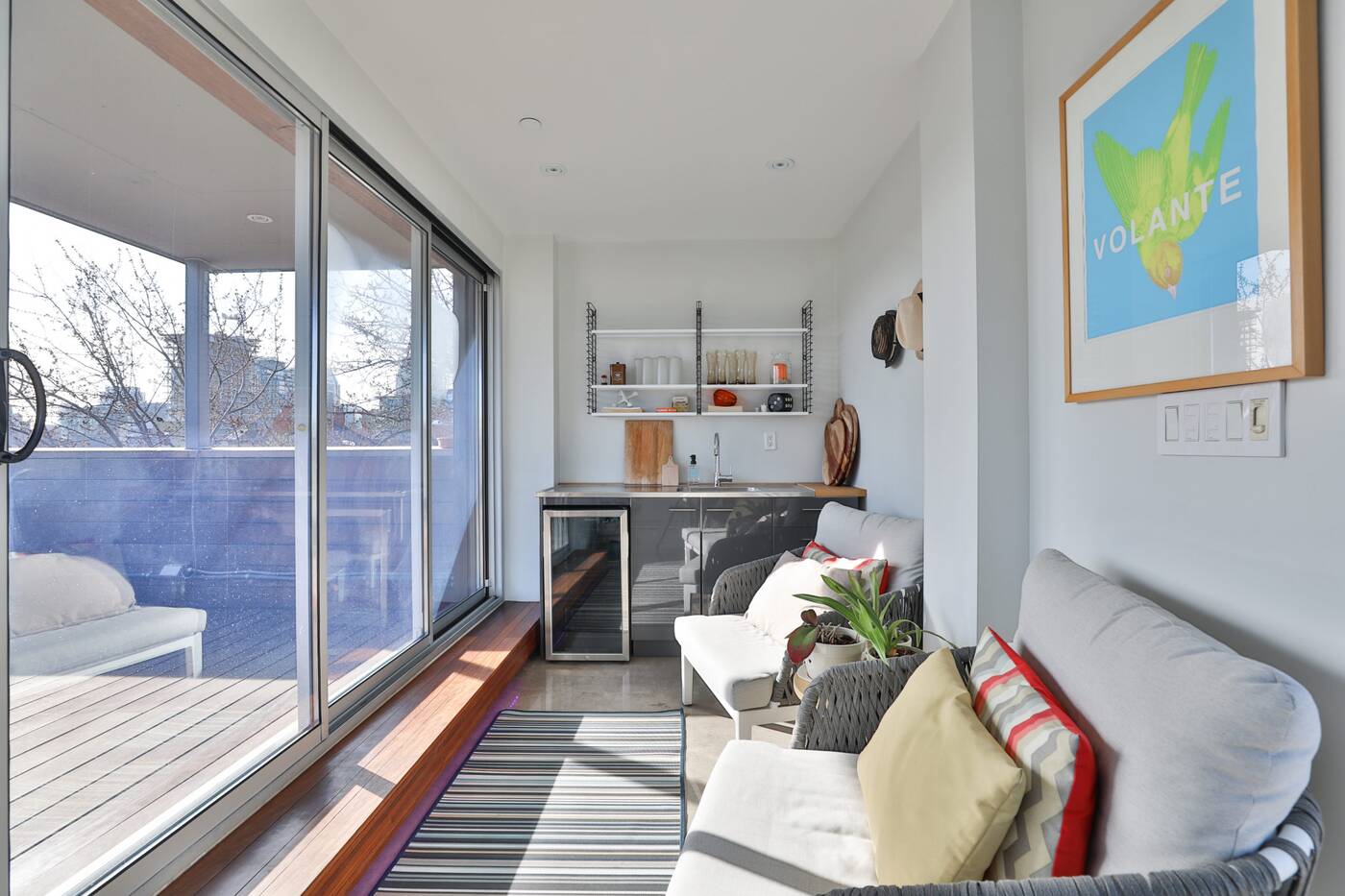 Speaking of the rooftop deck, it's huge and features a hot tub with views of the historical St. Paul's Basilica. 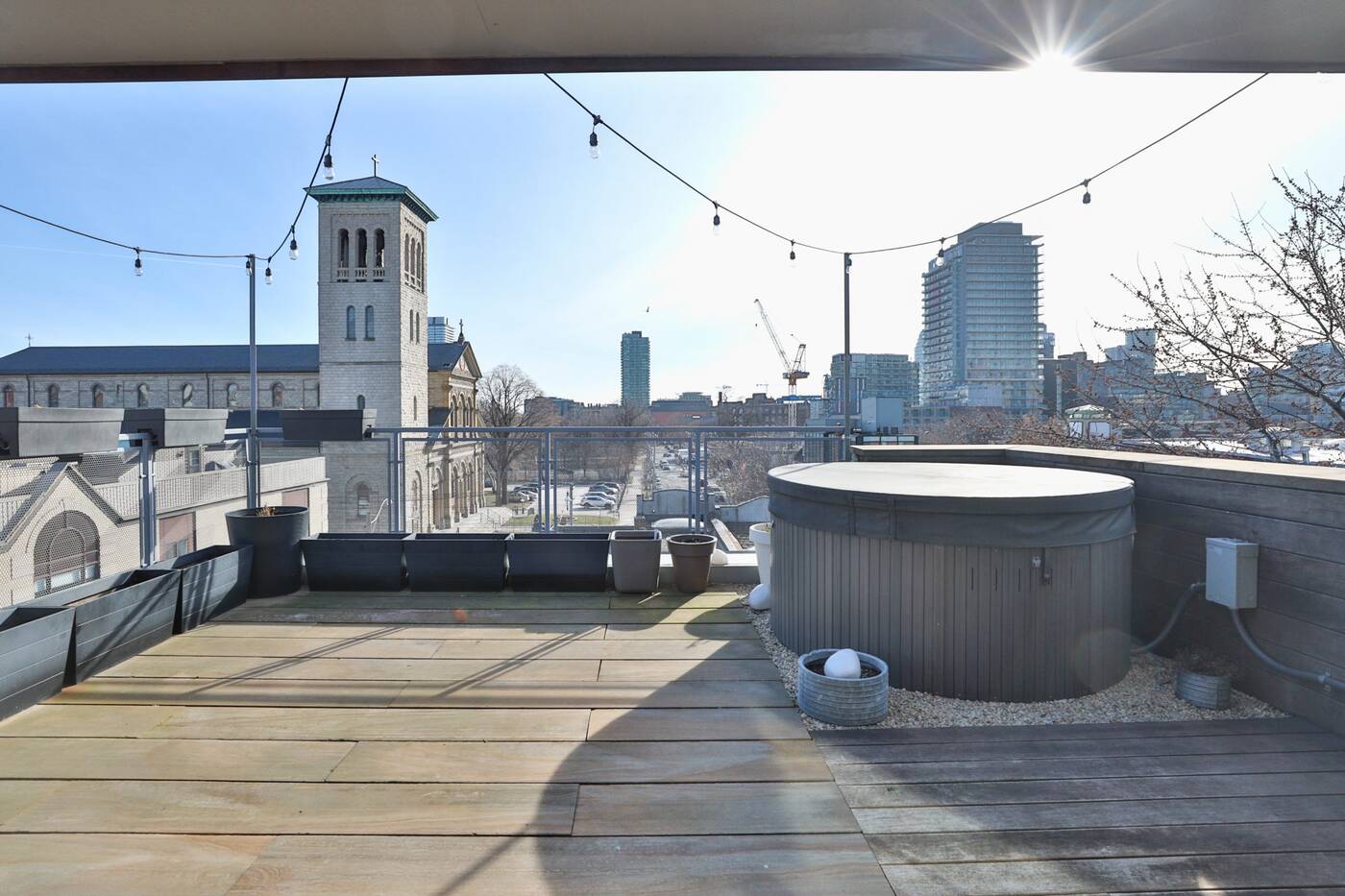 The only downside, as I see it, would be just how open concept the space is — all of the bedrooms look out onto (and presumably transfer noise between) the home's main atrium. 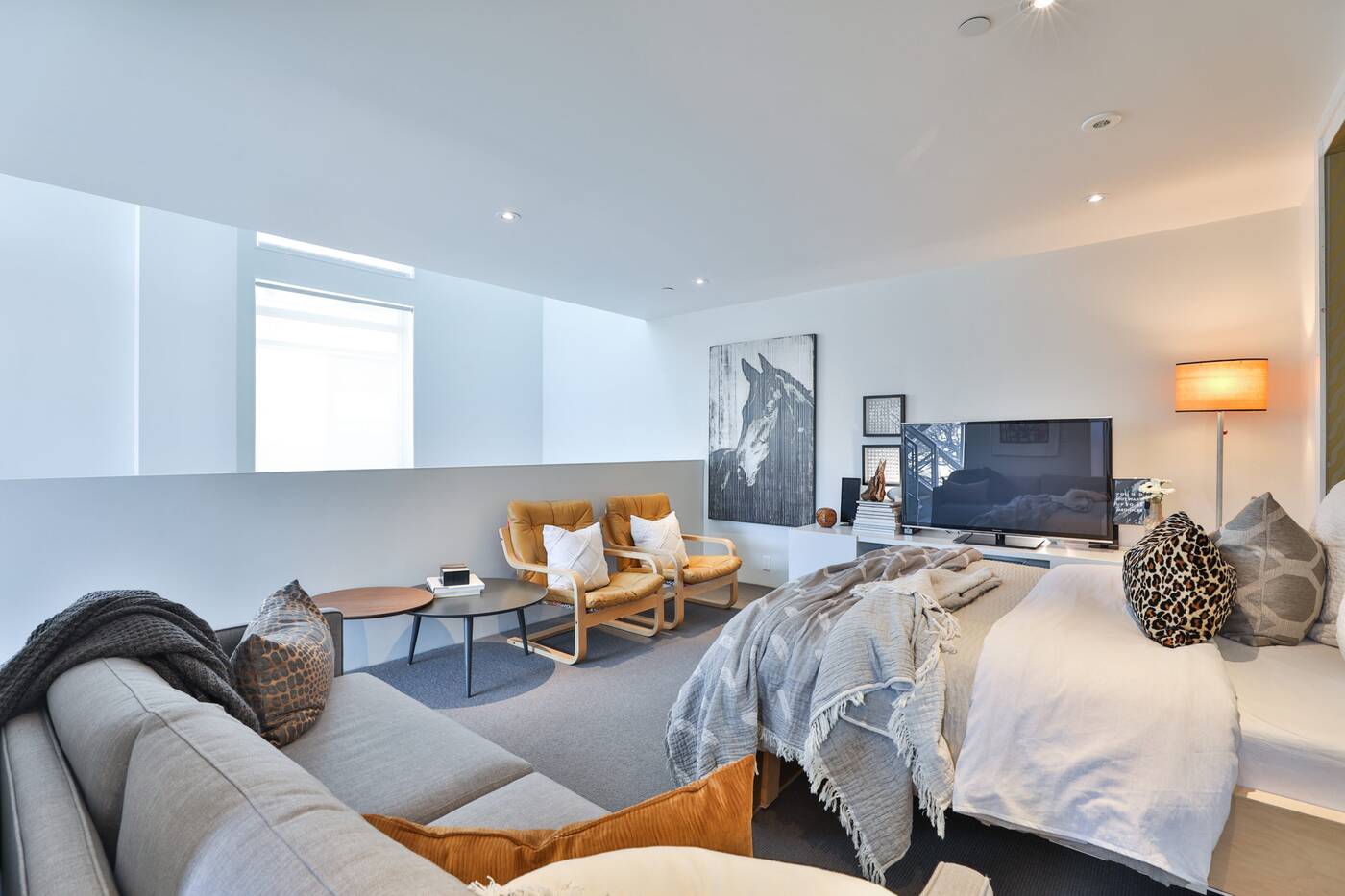 Still, it's a gorgeous, freehold, single-family home in a trendy neighbourhood — one that a great deal of thought went into making, and that has its own distinct vibes.

"This 5 storey house offers a spectacular loft alternative," writes realtor Erica Reddy-Choquette of the listing. "The floor plan of the house can be configured in a multitude of ways to suit your living needs."

With warm weather on its way, the thought of a sprawling rooftop patio (not to mention three other balconies) is rather nice. As Reddy writes, the new owner will be able to "enjoy summertime bbqs followed by an evening hot tub overlooking the city skyline."