An unusual home tucked away on a small street near High Park is drawing some attention — and mixed opinions on its design.

The narrow but tall home at 72 Abbott Ave., Toronto is known as the Barrel House and while it has been part of neighbourhood walking tours, not much has been written about the place.

A member of the Weird Toronto Facebook group posted a photo of the home and many people commented on it.

"Always loved that house," one person wrote, while another went as far as to say it was "the kind of thing that makes me wish I were an architect."

However, another commented that it "Looks like a subway entrance," while another post compared it to a porta potty.

"The design makes me feel like there’s anywhere from 2 to 10 levels of secret mansion underneath it," said another group member. 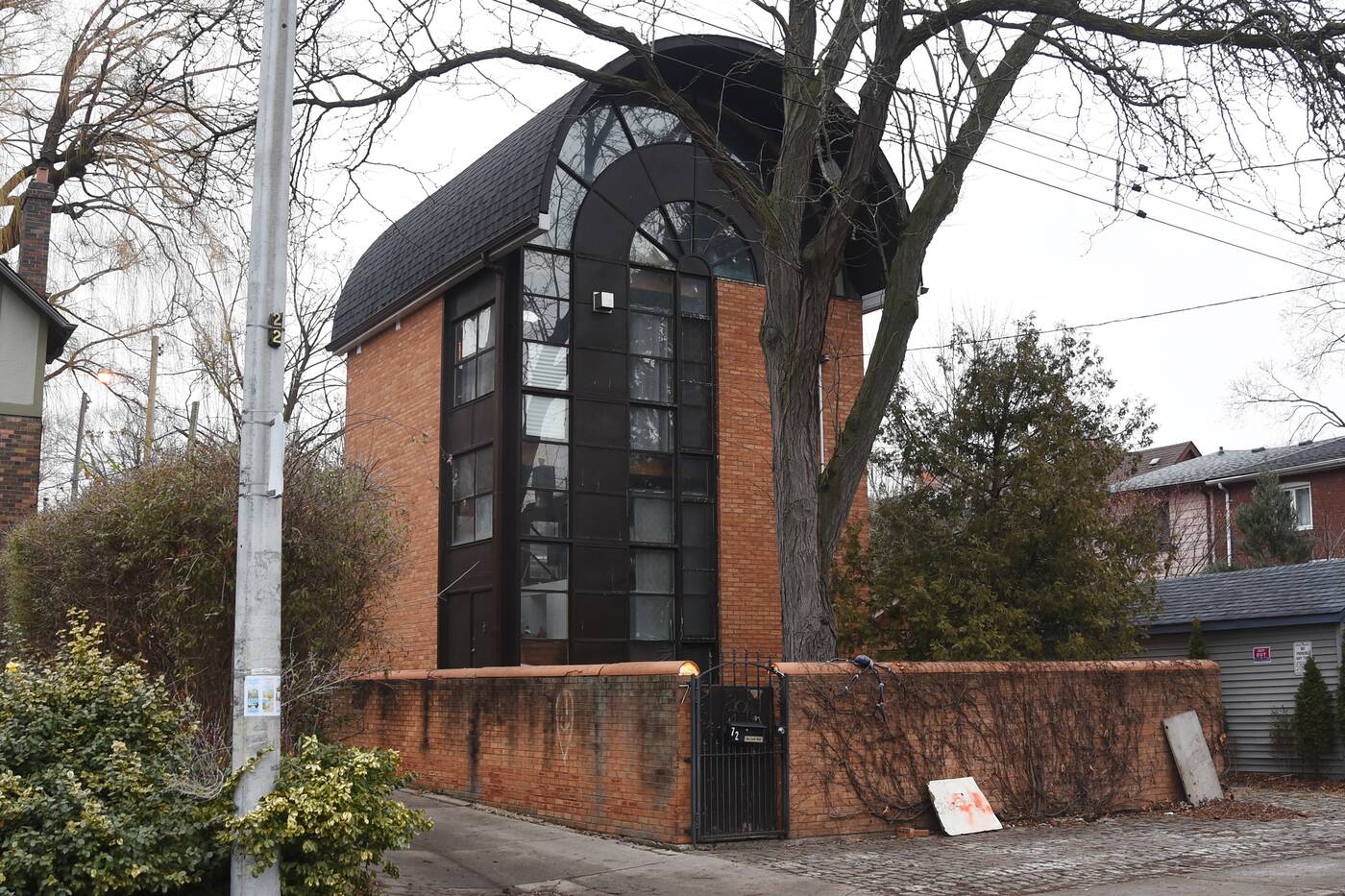 A Toronto home on Abbott Avenue is known as the Barrel House.

"It has always been my life's ambition to live in a weird house like that, and the fact that I am now being forced to realize it will probably never happen is a bitter disappointment," another person said.

The barrel house hasn't been for sale since 1999, according to property.ca, when it was on the market for $369,000. The home was described as a 1,475 square foot home with three bedrooms and two bathrooms.

The interesting style of the home has made it part of local walking tours. A West Bend Community Association walking tour described it as a circa 1970s infill home and "an oddity amongst the oaks and Edwardians."

"This is a wonderful example of 1970s infill tucked in beside a laneway with a side-built carriage house," the tour guide reads.

In a video of a Jane's Walk tour, walking tour leader Duncan Farnan said it is a "post-modernist design."

"This is just a beautiful building," Farnan says.

Barrel roof or vault buildings date back to ancient times but there are several recent examples of the design, according to Dwell magazine.

"Seen in an array of structures from monasteries to castles, cellars to cloisters, the technique was likely developed in response to building with materials like stone and brick when timber was scarce," Dwell's Jen Woo writes. "Now, the style is adored for expanding space and allowing light to filter in."

Love it or hate it, Toronto's quirky homes certainly made for fun additions to a neighbourhood walk.