There's something to be said about Toronto's tendency to build upwards in the dense downtown core rather than expand geographically outwards, and how the potential of city's outermost edges still remains fairly untapped.

But, a sprawling mixed-use development coming to Scarborough is slated to change all that, providing thousands of new residential units alongside ample green space, new roadways and retail that will turn the area into a pedestrian-friendly hub. 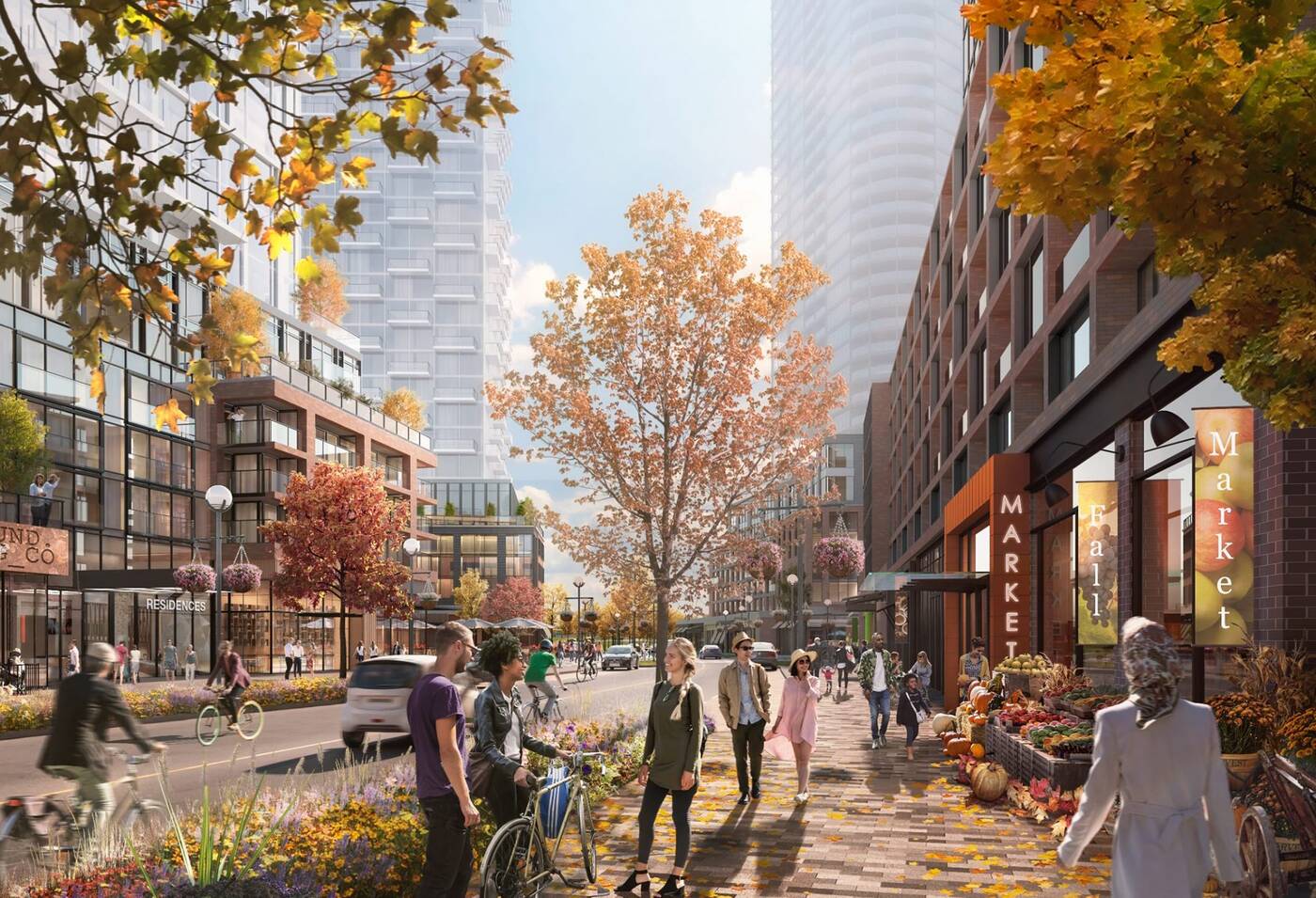 A total of 17 condo towers are being proposed as part of the project in the neighbourhood surrounding the Scarborough GO Station, with heights ranging from 14 to a whopping 48 storeys, completely transforming the east end's skyline and providing more than 6,600 homes.

In total, the ambitious proposal — just put forth to the City by local builder Republic Developments and Harlo Capital with the name Scarborough Junction — will boast 4.5 acres of park space, another 50,000 square feet of "community space" and hundreds and thousands of square feet of retail built in a promenade style that prioritizes the public realm experience. 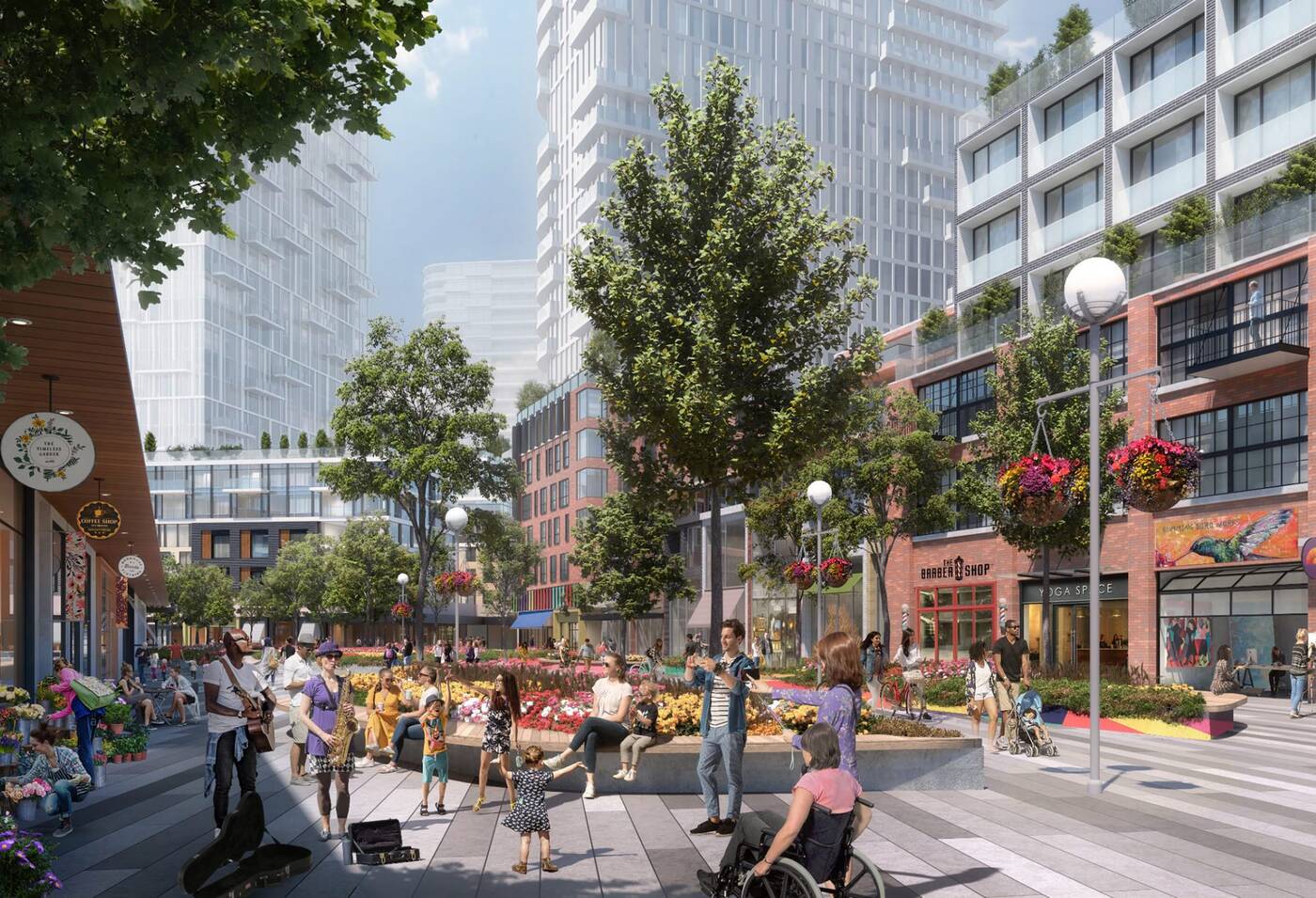 The idea is to create not just a place to live and shop, but a destination in and of itself at the intersections of St. Clair East and Danforth Road. And, the initial renderings show a pretty spectacular reimagining of the locale, including how the GO station itself is used.

The complex will provide a new north entrance to the transit point and better pedestrian access. The station will serve as a focal point, negating the need for a parking space for every single unit — there is a plan for 3,666 spots for vehicles, and 7,366 spots for bikes — and allowing for more greenery and communal outdoor space instead. 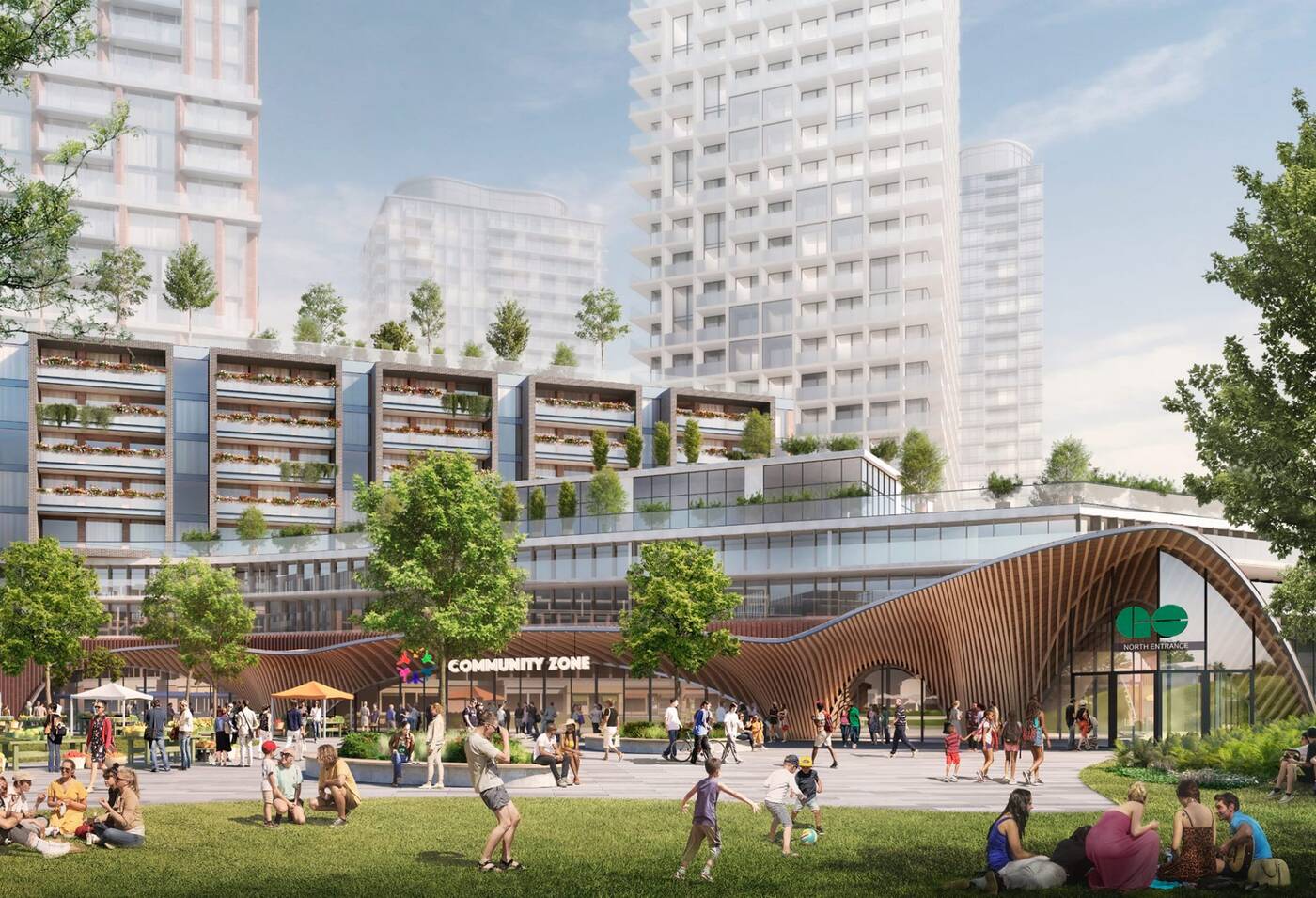 The significant undertaking is set to replace properties currently occupied by various warehouses, a production facility, a church, a sports facility and some low-rise commercial storefronts.

If it moves forward, it will certainly liven up the area and provide a whole lot more space for the community to play and call home — and hopefully a cheaper, still very accessible alternative to downtown.