The expansion of the University of Toronto's Robarts Library is taking shape and is slated to open next year.

The John P. Robarts Research Library, commonly known as Robarts Library, at 130 St George St., is the largest of U of T Libraries' buildings, with room for 4.5 million volumes over 14 floors, but it hasn't seen a major expansion since it was built in 1973. 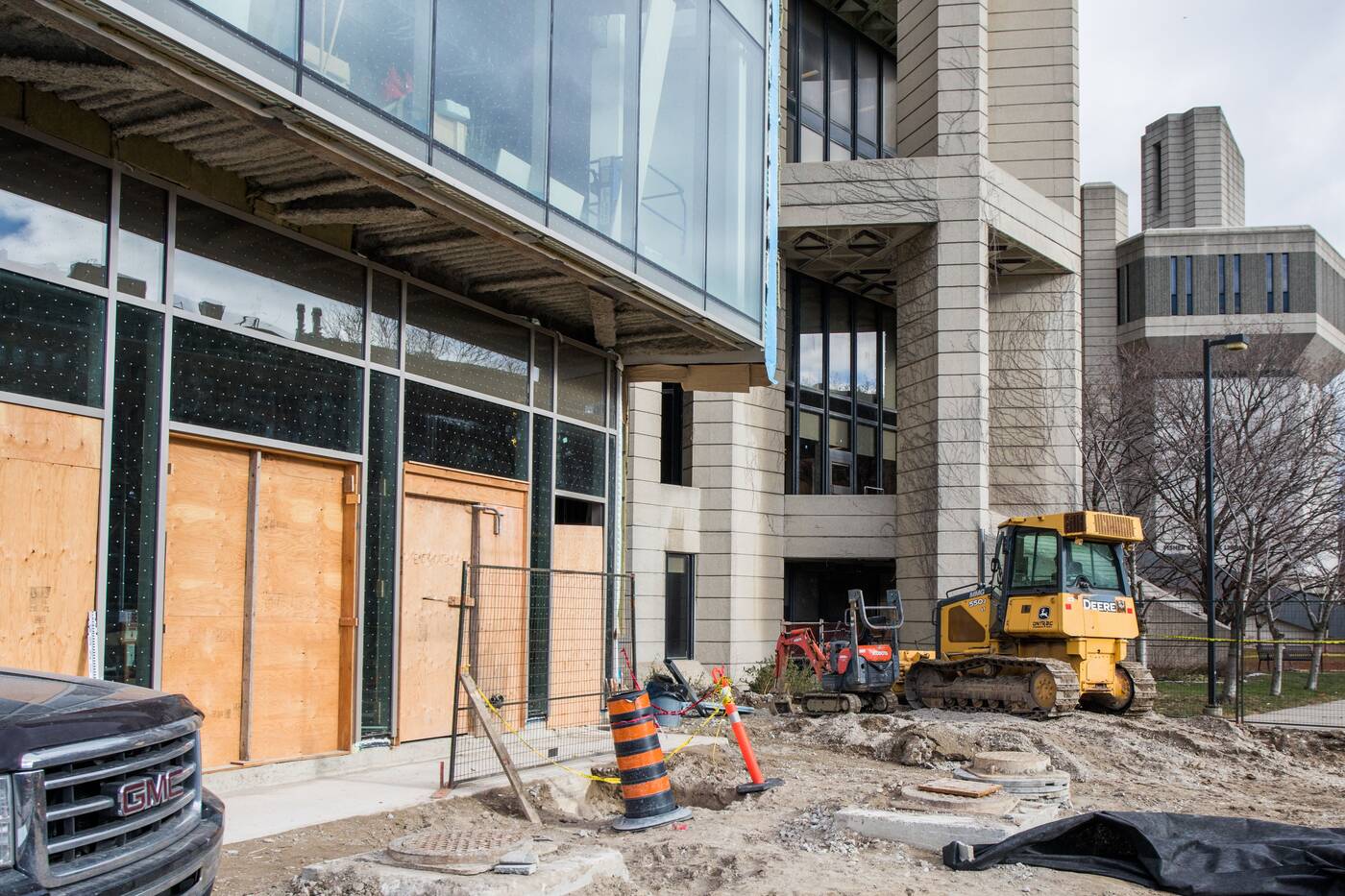 The expansion at Robarts Library is taking shape. Photo by Fareen Karim.

The addition of Robarts Common, started in 2017, is a signature project of the Robarts renewal initiative, which started in 2008, according to the university. 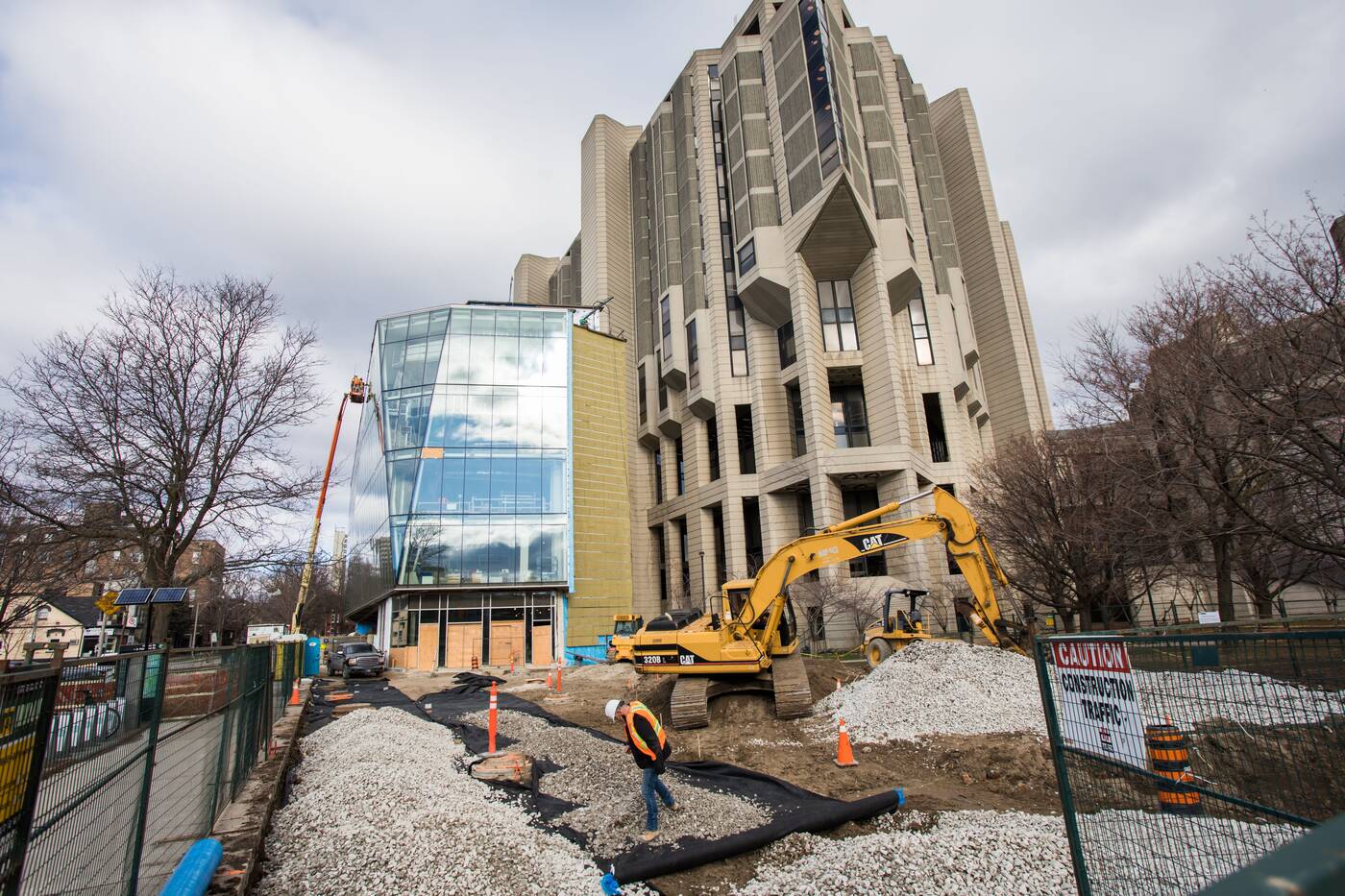 The five-storey addition will add 1,200 new work and study spaces to Robarts Library, expanding the library's capacity to 6,000 seats. The addition to the library's western side includes a wraparound glass facade.

"The new building will be flooded with natural light, making the overall environment more inviting, accessible and productive for students," according to U of T. 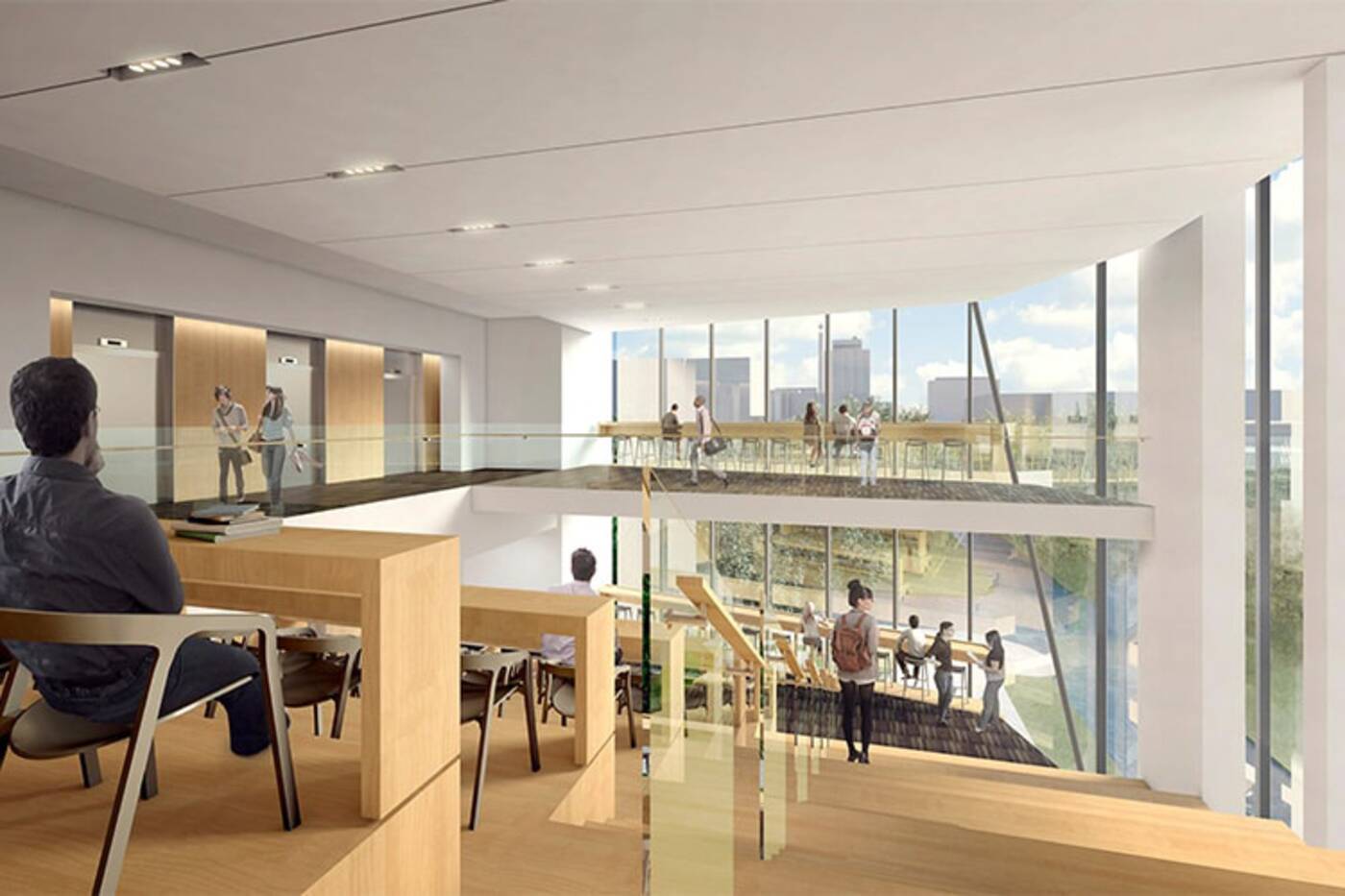 The interior will be flooded with light. Rendering via University of Toronto.

A challenge for Diamond Schmitt Architects, the designer of the addition, was to complement the Robarts' brutalist architecture.

Gary McCluskie, a principal at Diamond Schmitt, said the firm incorporated shapes similar to those of Robarts but didn't copy its style. 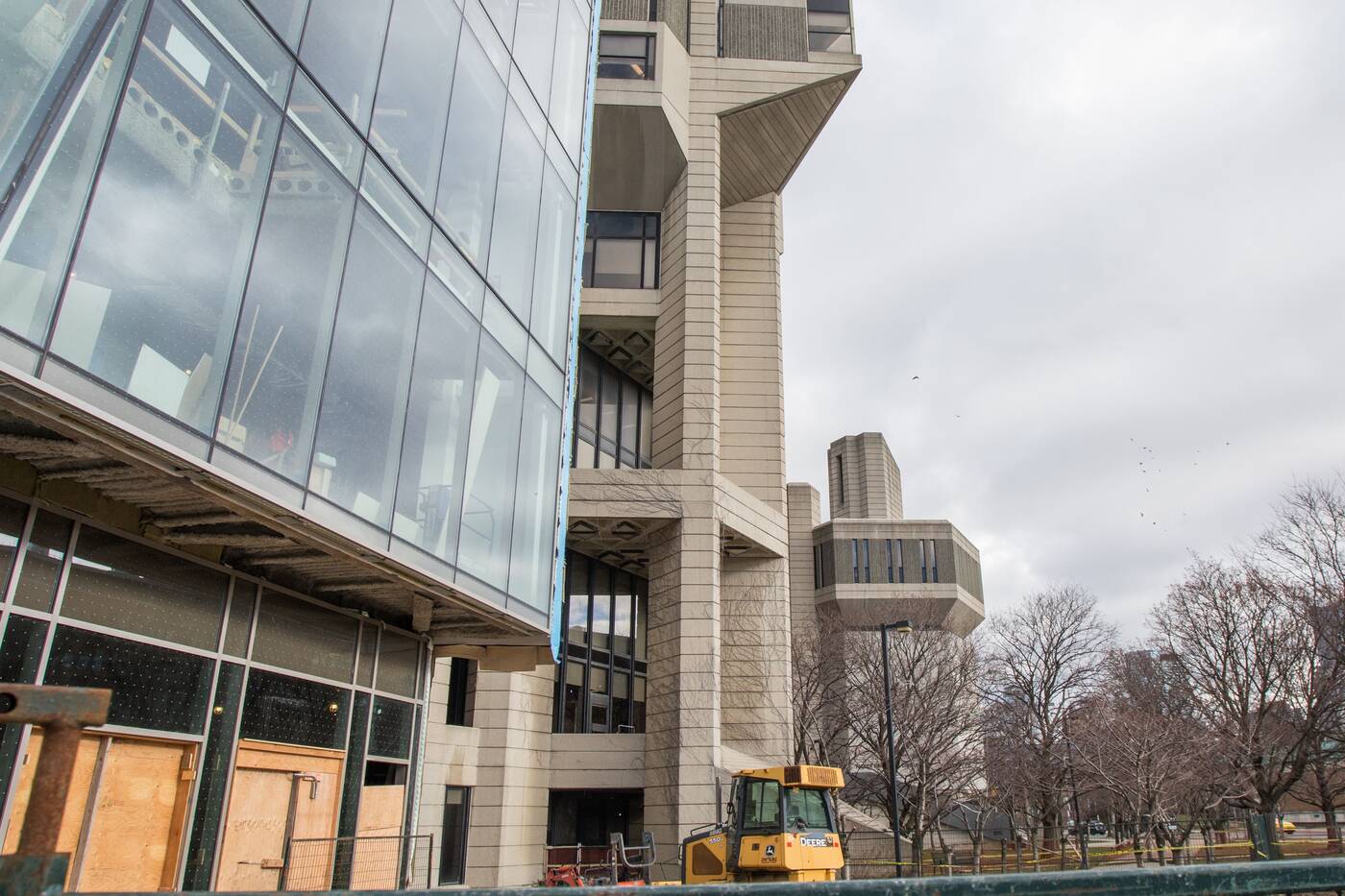 The library built in 1972 was designed in the brutalist architectural style. Photo by Farren Karim.

"It's typical of doing an addition to a building that you’re kind of collaborating with the original designers in a way," McCluskie told U of T.

"But we're doing something very different. In a way, it's a bit of a critique of the original building in that, instead of the massiveness and concrete, we are providing more light and openness." 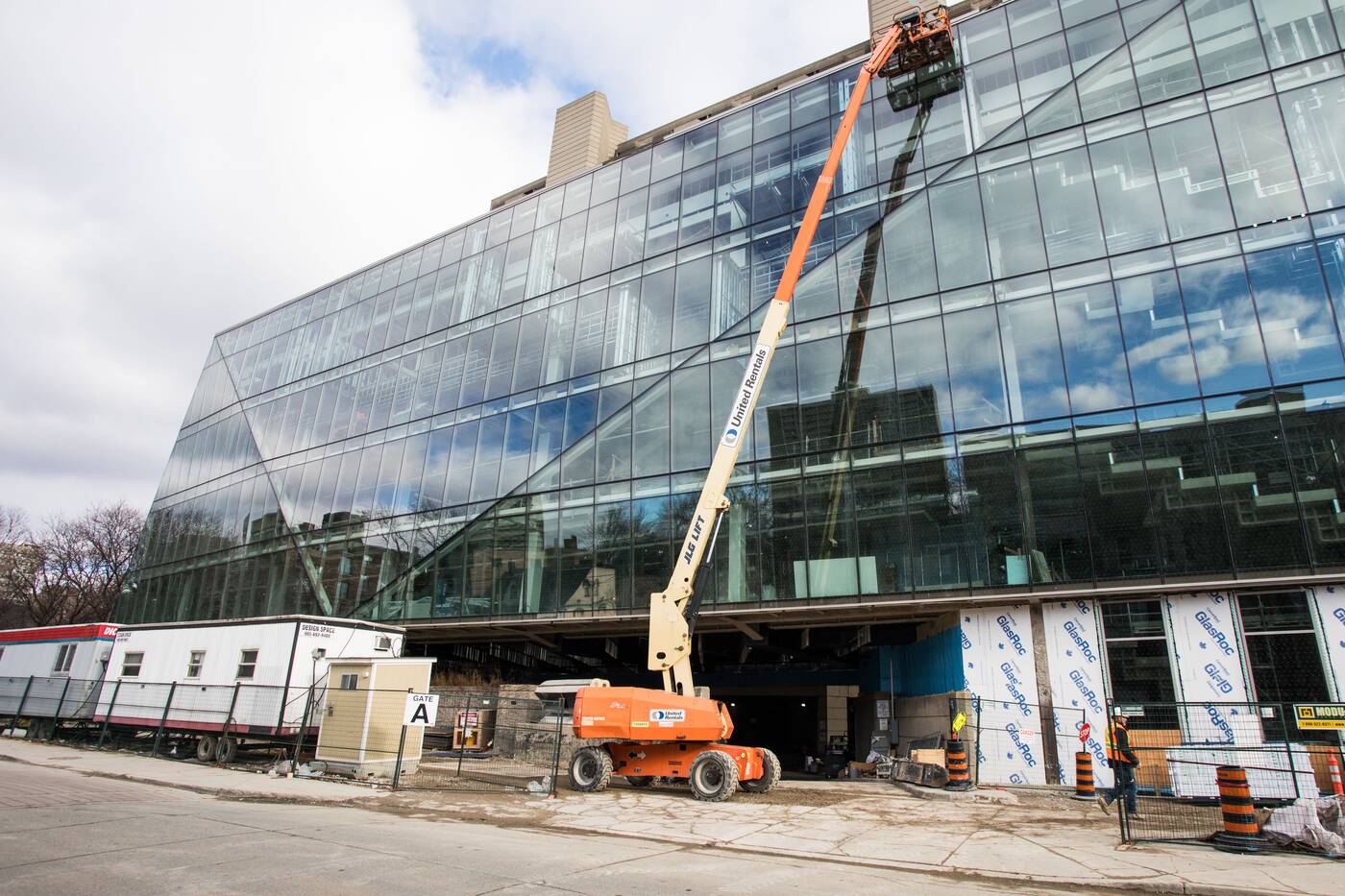 The glass facade will create light and openess. Photo by Farim Karim.

Inside there will be a range of study spots, from carrel desks to amphitheatre-style tiered seating

There will be 32 meeting rooms, and Wi-Fi access and wireless printing throughout the building. 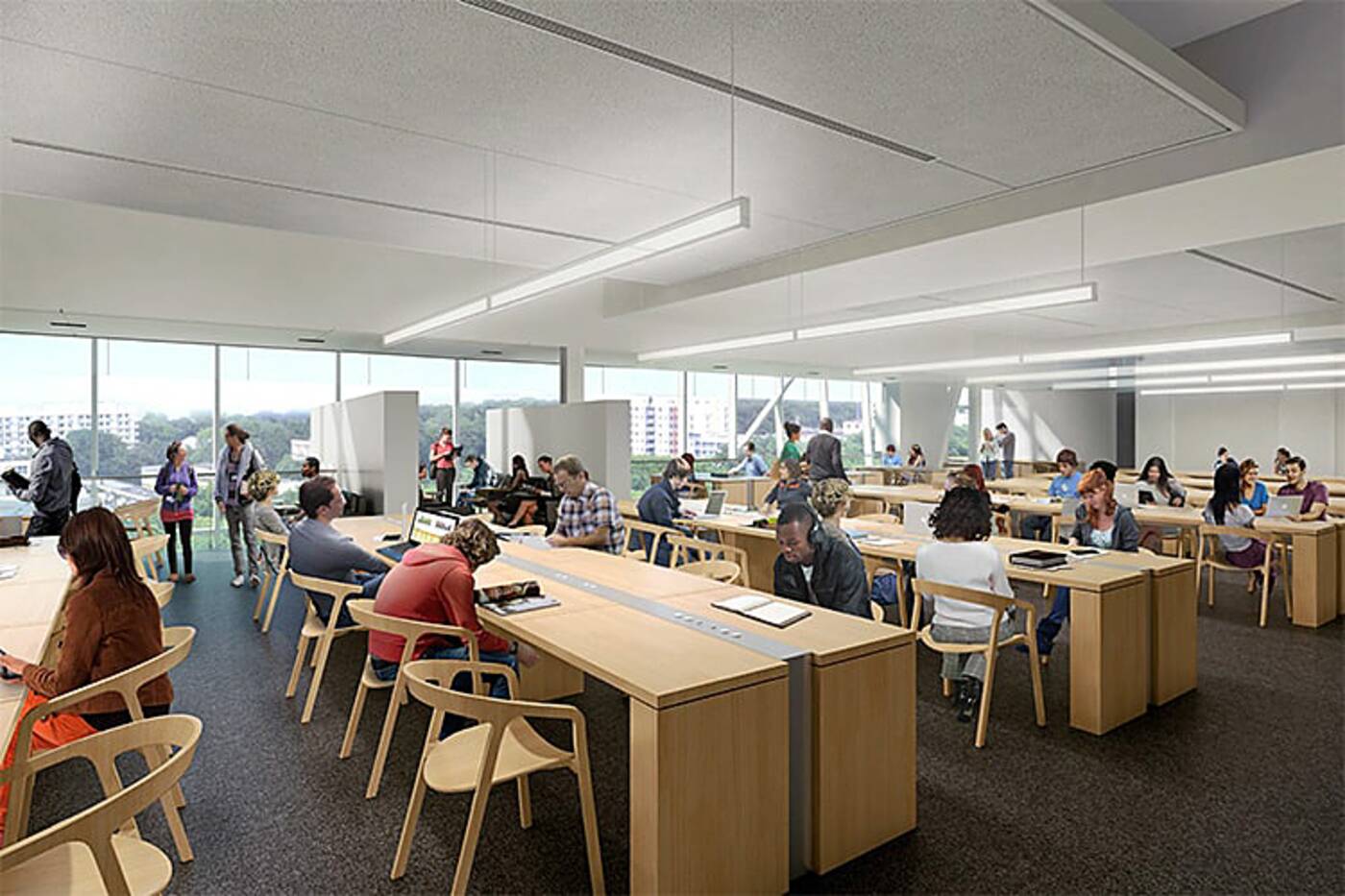 The five-storey addition will add 1,200 new work and study spaces. Rendering via University of Toronto.

Although initially expected to be complete in 2019, the addition is slated to open in 2021.

"In 2021, we will welcome our students into an inviting new space filled with natural light, ample workspace, comfortable seating and full internet connectivity," the description reads.

A spokesperson for the university told blogTO more details on the project, including an opening date, are expected in the new year.