Demand for smaller residential units just keeps dwindling in Toronto while listings for both rental and sale condos surge to previously-unthinkable levels — and prices are falling to match.

Four cities remained flat and only five ticked upward between October and November in terms of median one-bedroom rent prices, including the cities of Oshawa and St. Catharines near the GTA.

"As we head into the end of the year, it seems the general demand for rentals have continued to drop as the majority of the markets in this report saw prices on the decline," reads the report.

Toronto and Vancouver remain the most expensive cities in Canada for renters, with Toronto one-bedroom rents down 2.4 per cent month-over-month and rents in Vancouver falling 1 per cent to reach $1,980.

At $2,000 per month, Toronto's median rent for November of 2020 is consistent with what we were seeing for one-bedroom rents in September of 2017 — more than three years ago.

Year-over-year, Canada's largest city has posted even greater declines, down 14.9 per cent for a one-bedroom rental unit since November of 2019.

Median two-bedroom apartments in Toronto remained flat between October and November at $2,650, but have also dropped nearly 12 per cent (11.7) since last year at this time.

Here's a full breakdown of how Toronto stacks up against other major Canadian cities when it comes to fast-falling rent prices: 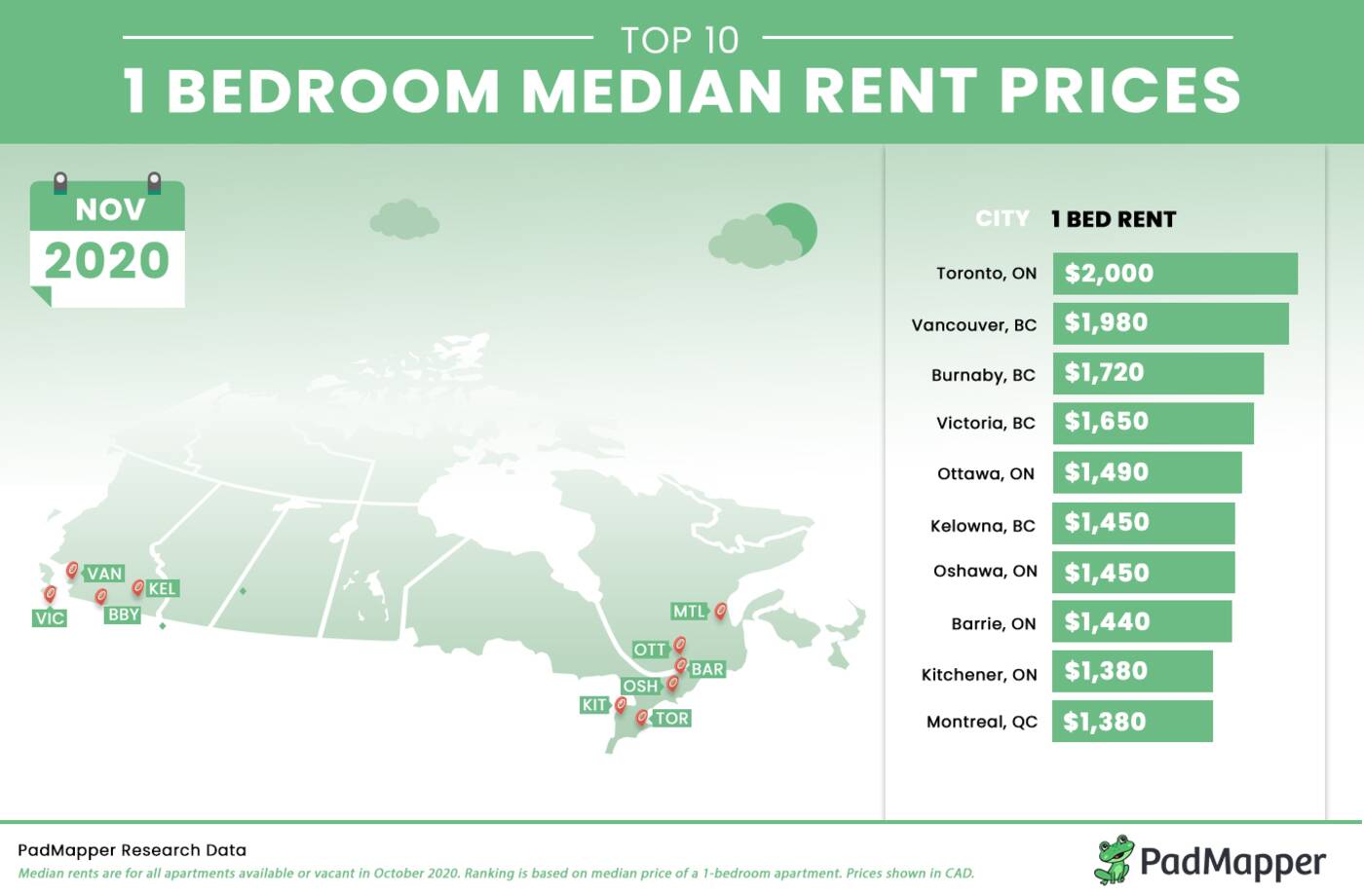