The 50-year-old Holiday Inn by Yorkdale will soon be demolished for a trio of towers.

The 12-storey hotel directly across the street from Yorkdale Mall will become the site for a new development from Fitzrovia Real Estate Inc.

According to Holiday Inn Toronto-Yorkdale, its last day of operations will be November 30, 2020. 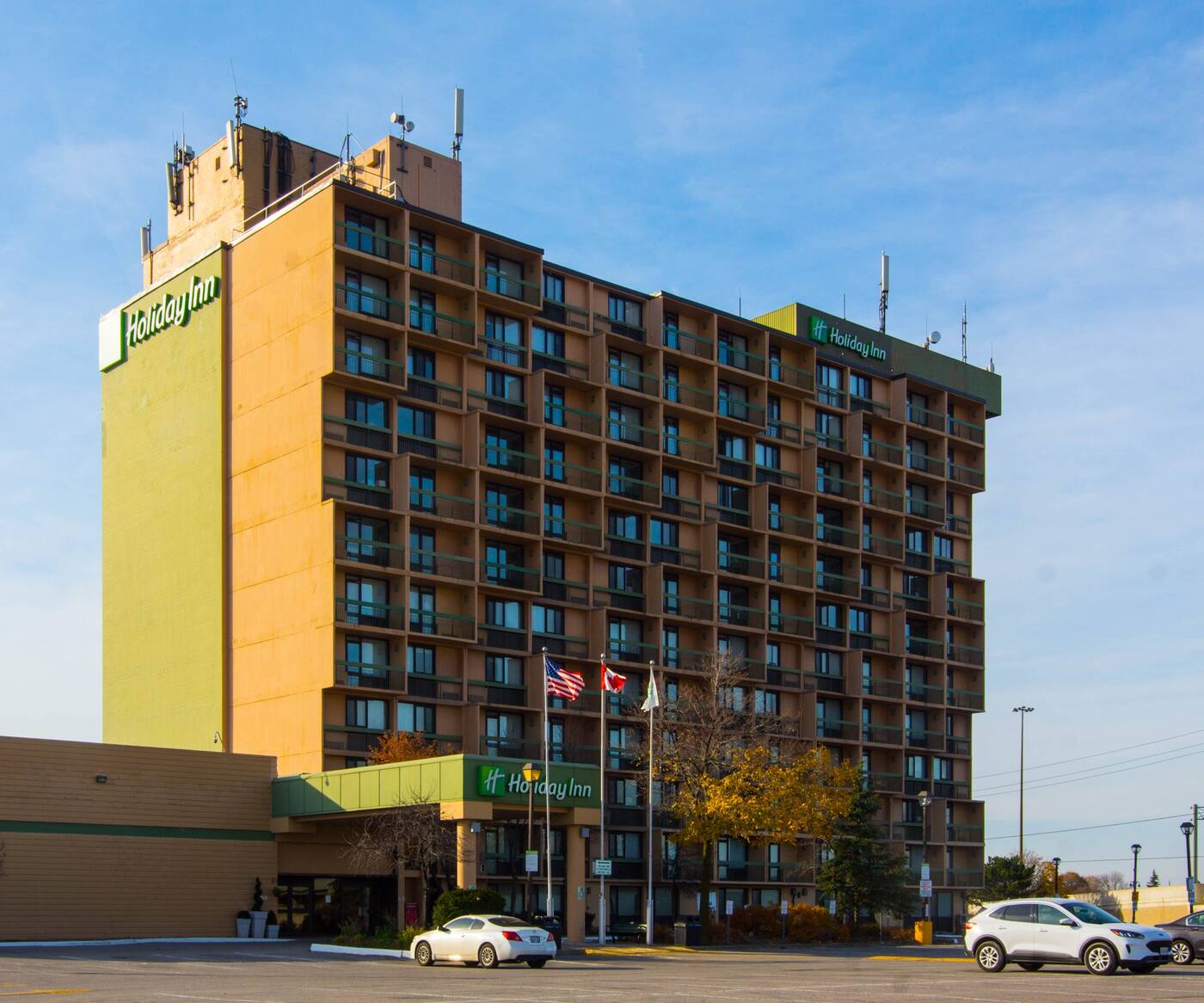 The Holiday Inn across from Yorkdale Mall was built in 1970. Photo courtesy of Joseph Fiore.

It has long been known that the ageing lodging would eventually be replaced by massive towers.

Applications to redevelop the site at 3450 Dufferin Street were first submitted in 2016, with designs from Page + Steele and IBI Group Architects for towers spanning 29, 33, and 37 storeys.

The proposal includes townhouse units, a new network of roads, and a public park. 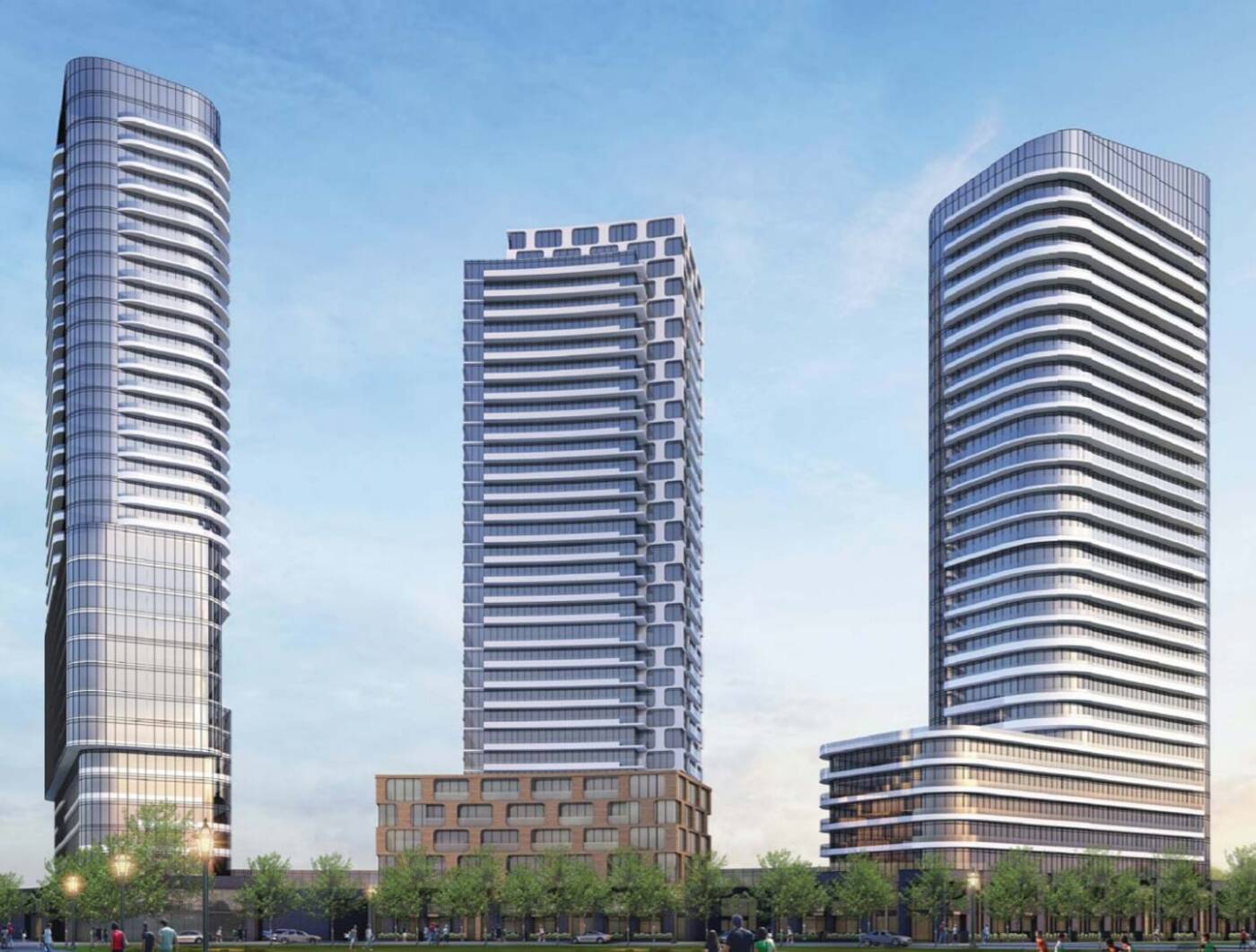 Three towers from the Fitzrovia Real Estate Inc. will soon replace the Holiday Inn Toronto-Yorkdale. Photo by Bousfields via City of Toronto submission.

Residential units will be added to the area, the majority of which are two-bedrooms.

The tallest tower will be 29 storeys, and will replace the 372-room Holiday Inn Toronto-Yorkdale, which was built in 1970. 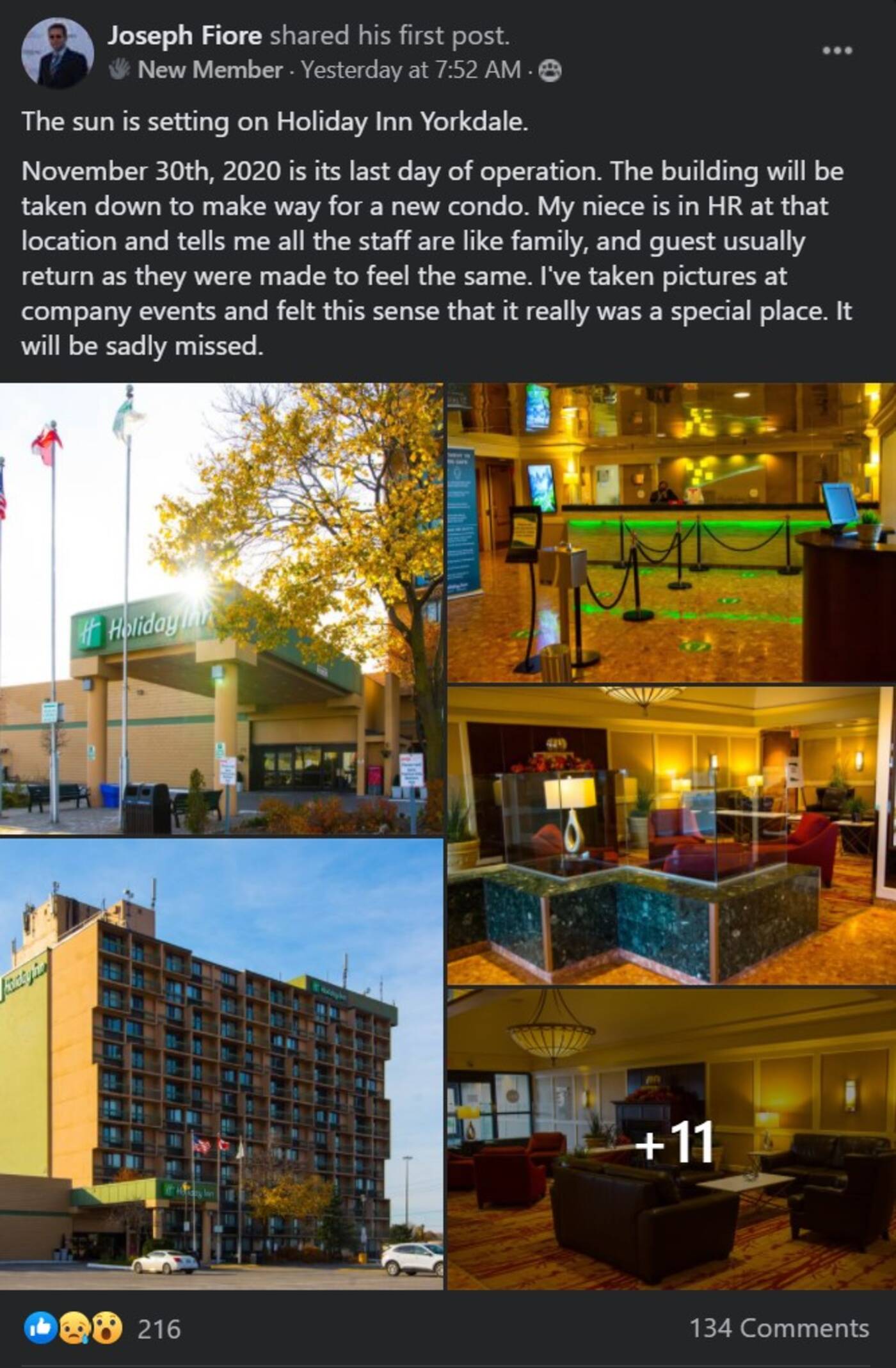 The demolition of the Holiday Inn Toronto-Yorkdale has sparked some nostalgia from former visitors and staff alike. Photo courtesy of Joseph Fiore.

The real loss here appears to be the family-like relationship between employees, according to some staff in a local community group, and the memories made by guests who've visited over the last half century.

"I've taken pictures at company events and felt this sense that it was a really special place," wrote group member Joseph Fiore. "It will be sadly missed."

Goodbye to the conference rooms, indoor pool, and cool lobby courtyard, they don't make them like this anymore.