Toronto family builds blue slide in the middle of their house

There's no denying that many of us have dreamed of owning a house with luxurious yet often unattainable amenities, such as an indoor pool or home theatre, but one Toronto family brought their dream to life by having a big blue slide built smack in the middle of their home.

The family bought the Summerhill house roughly eight years ago, according to head architect on the project and friend of the family Trevor Wallace, and it consisted of four separate units at the time. 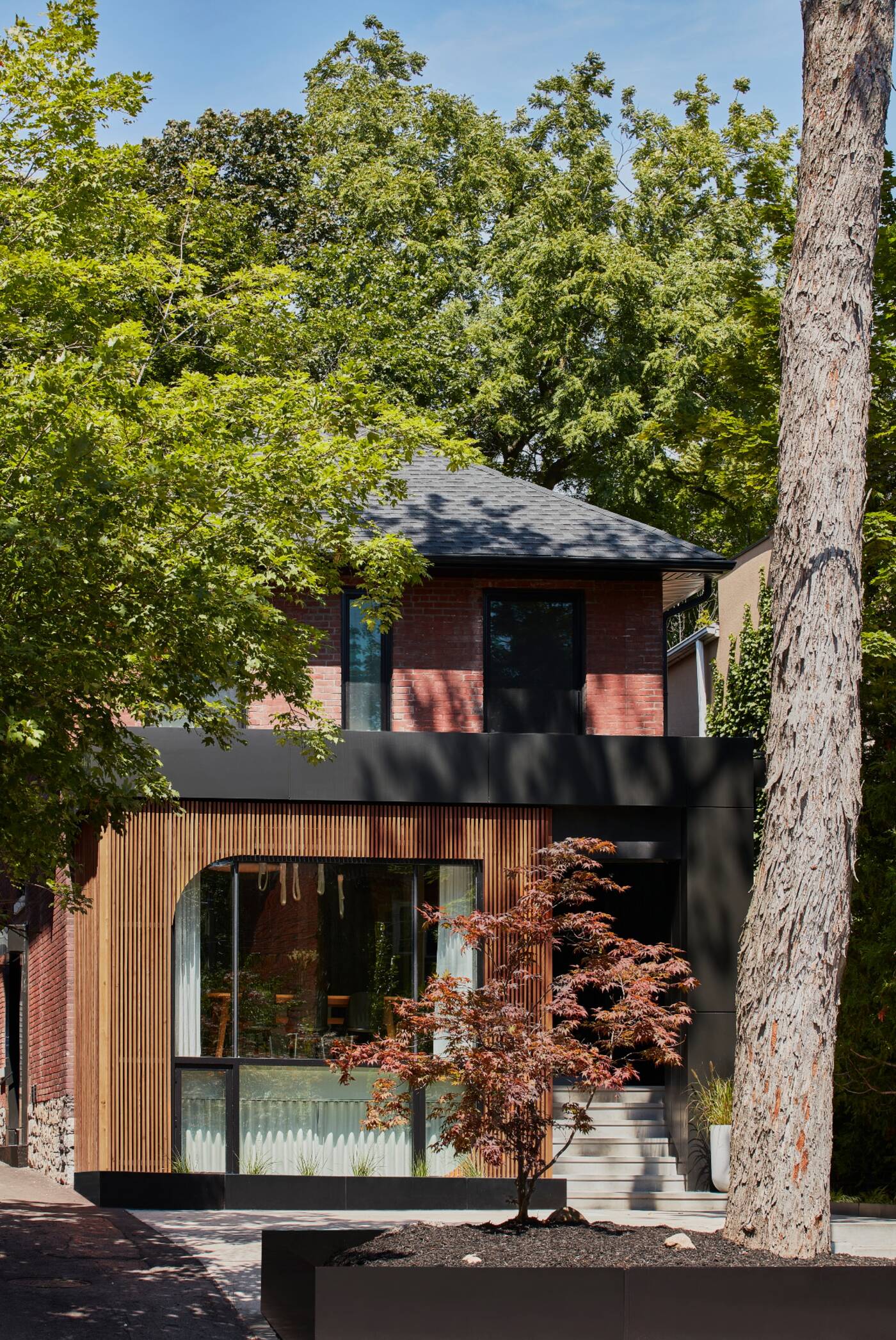 They initially lived on the main floor and rented out the other three units to help curb some of the costs of purchasing a home in Toronto — because we all know a house in this city doesn't come cheap — but with three kids in tow, they recently decided to combine the basement units with the main level, leaving just the upstairs as a rental space.

That's when they approached Wallace, who owns Reflect Architecture, with their requests, one of which was to build a giant slide. 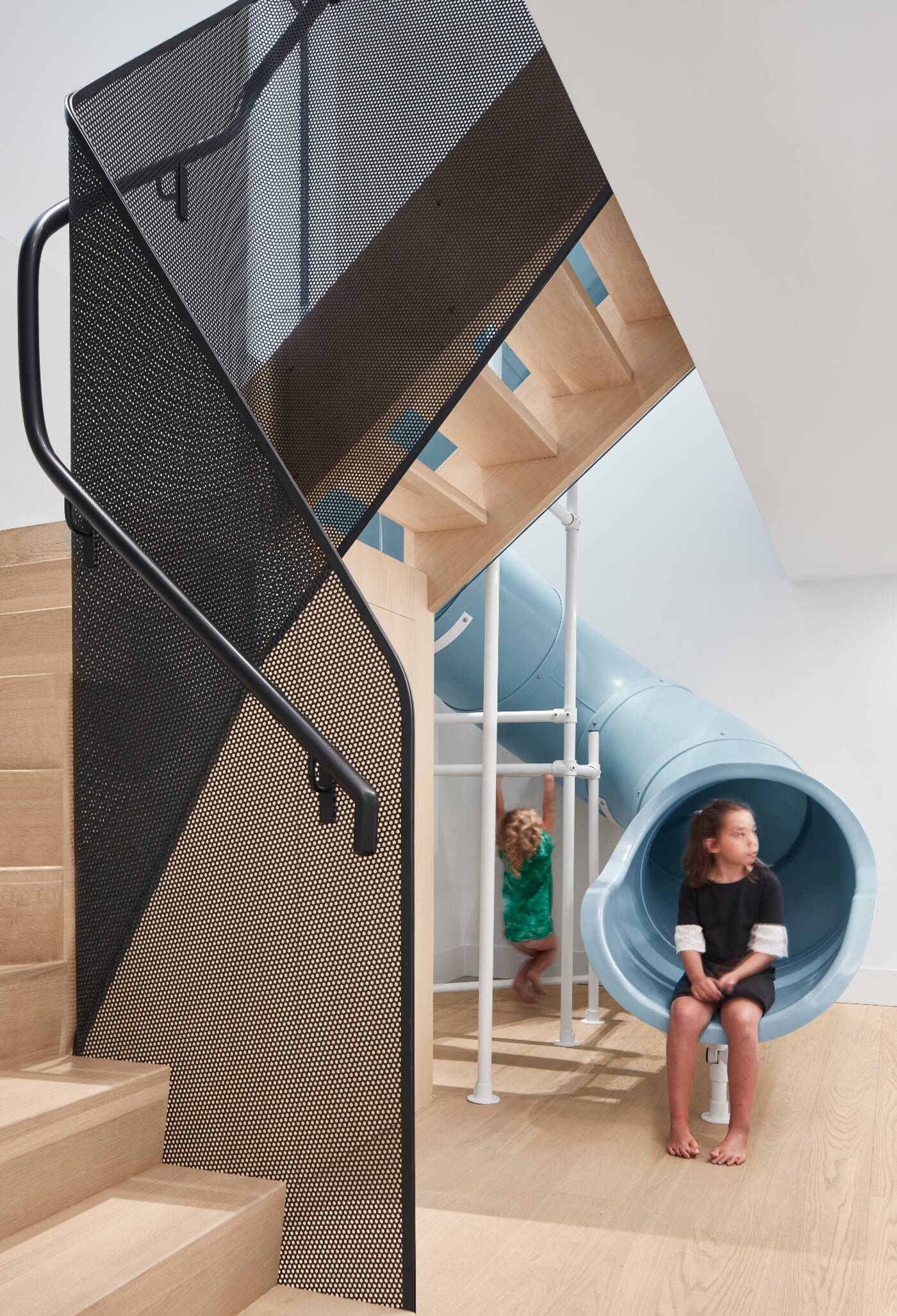 "They wanted something that felt particularly theirs," Wallace told blogTO, explaining that the slide was actually a request from Megan (the mother) and something she had wanted since childhood.

"It was put in no uncertain terms that there was to be a slide in this house and she was not settling for anything else, which was great."

Wallace said he did have his reservations about it, though, and he explained that actually getting the slide into the house was far from easy.

"The slide fabricators are used to McDonald's space, not front doors of houses," he said. 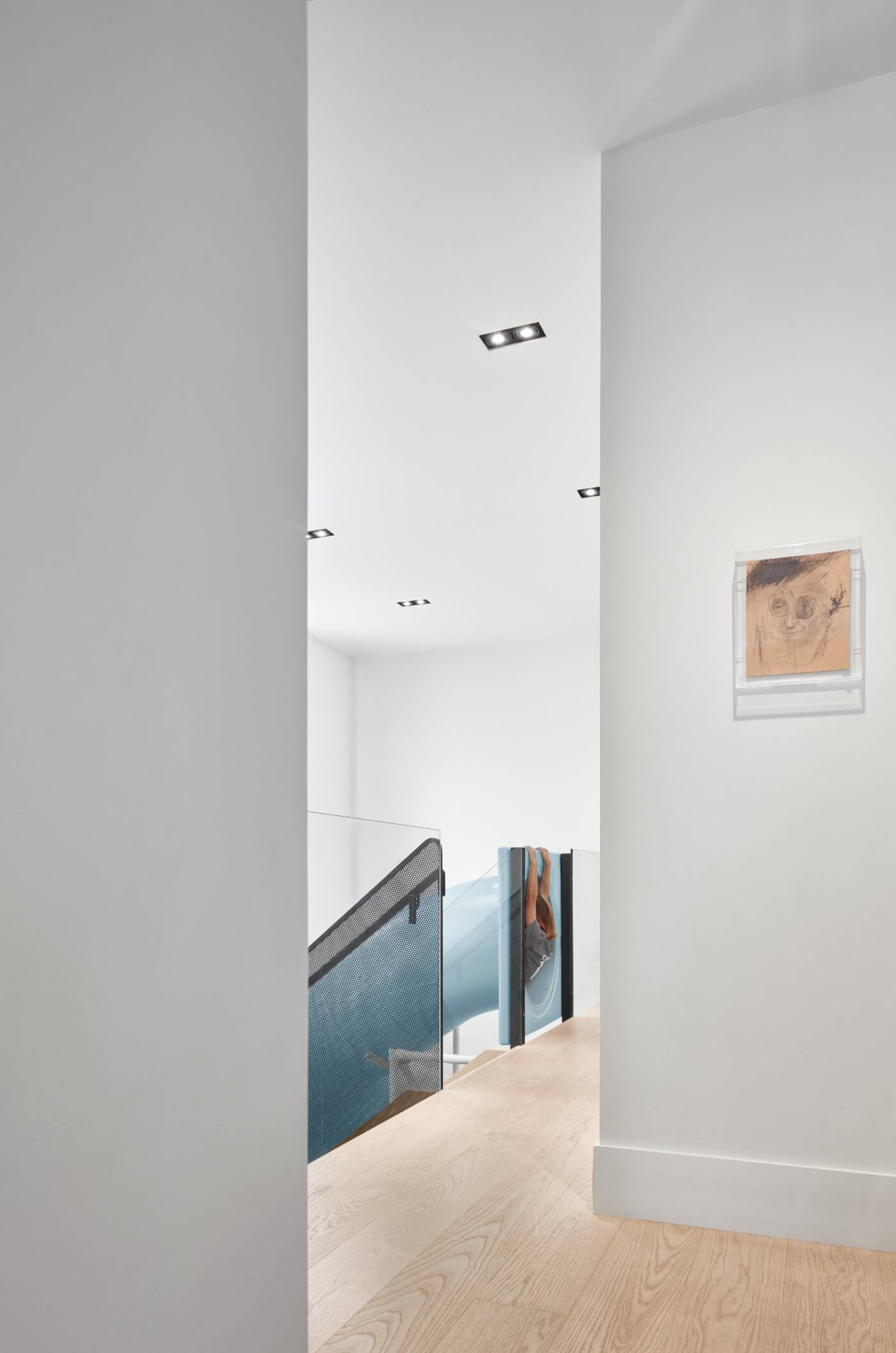 But the family insisted and it eventually came together, resulting in a one-of-a-kind home with built-in fun.

And while the novelty of having a slide inside a house was part of the reason for the unusual request, Wallace said it was more about making a statement about the importance of play and spending time together.

"The slide was a real statement about their position on play and family and not taking life too seriously despite both of them being quite successful and working extremely hard," he said. 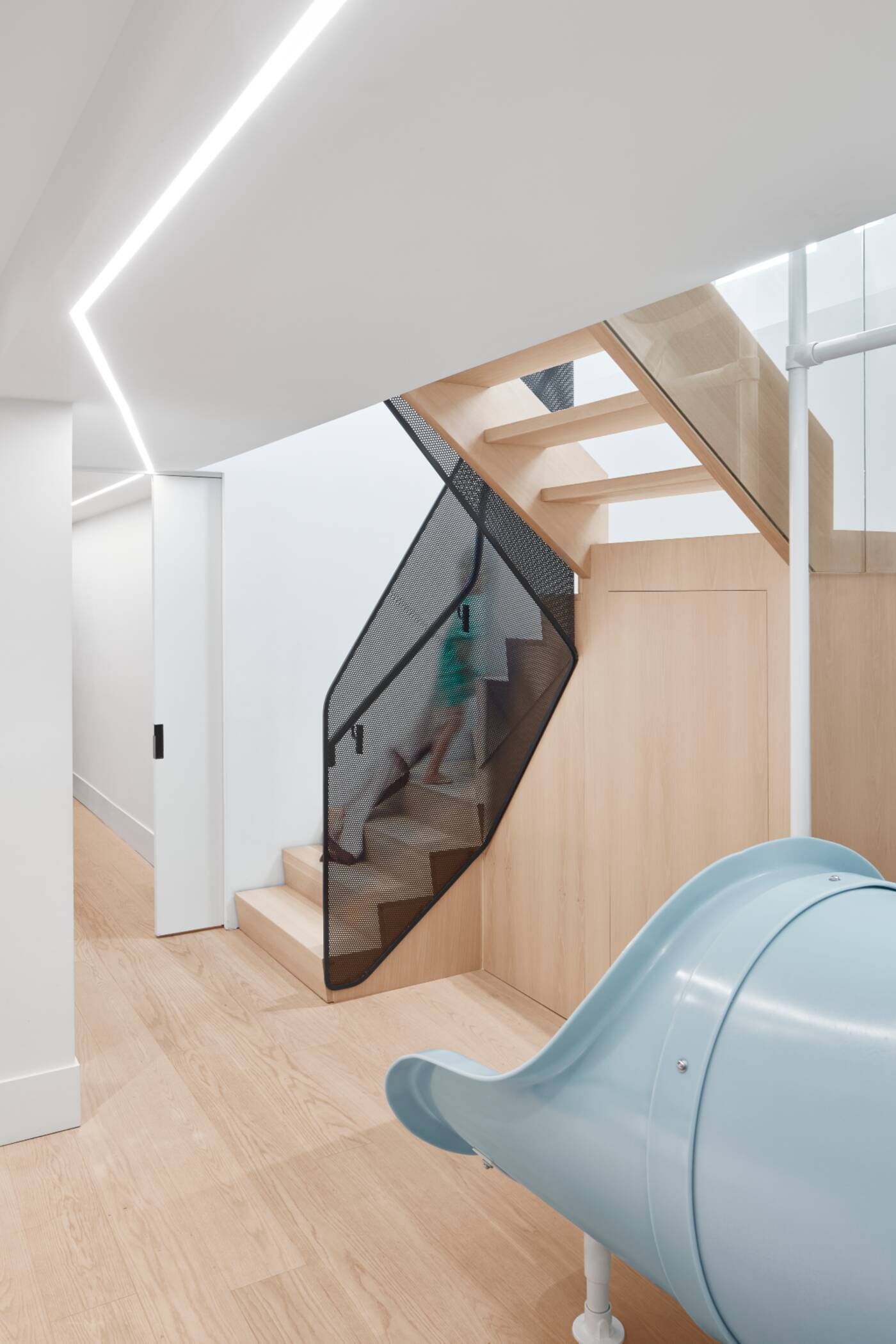 Since construction concluded on the home, Wallace said he's received numerous calls from other families who say they love the slide and want their own feature that is uniquely suited to them.

One family that often goes on weekend getaways, for example, is getting an underground loading space so they can fill up their car inside and then drive out with everything packed up.

"Our job as architects is to find out what's unique about that family and design something that's totally theirs," he said, "and I think the slide was just their version of that."