Toronto's newest condo looks unlike anything the city has seen before

It's certainly hard to keep track of the seemingly ceaseless condo construction in Toronto, but one development forthcoming to the Annex neighbourhood has a design that definitely stands out from the typical high-rise, cookie-cutter concrete and glass structures we've seen go up lately.

Slated for a site currently occupied by a parking lot at Dupont and Davenport, the mixed-use, seven-storey building will have a unique exterior that uses a range of different angles and materials to create an asymmetrical, tessellated appearance. 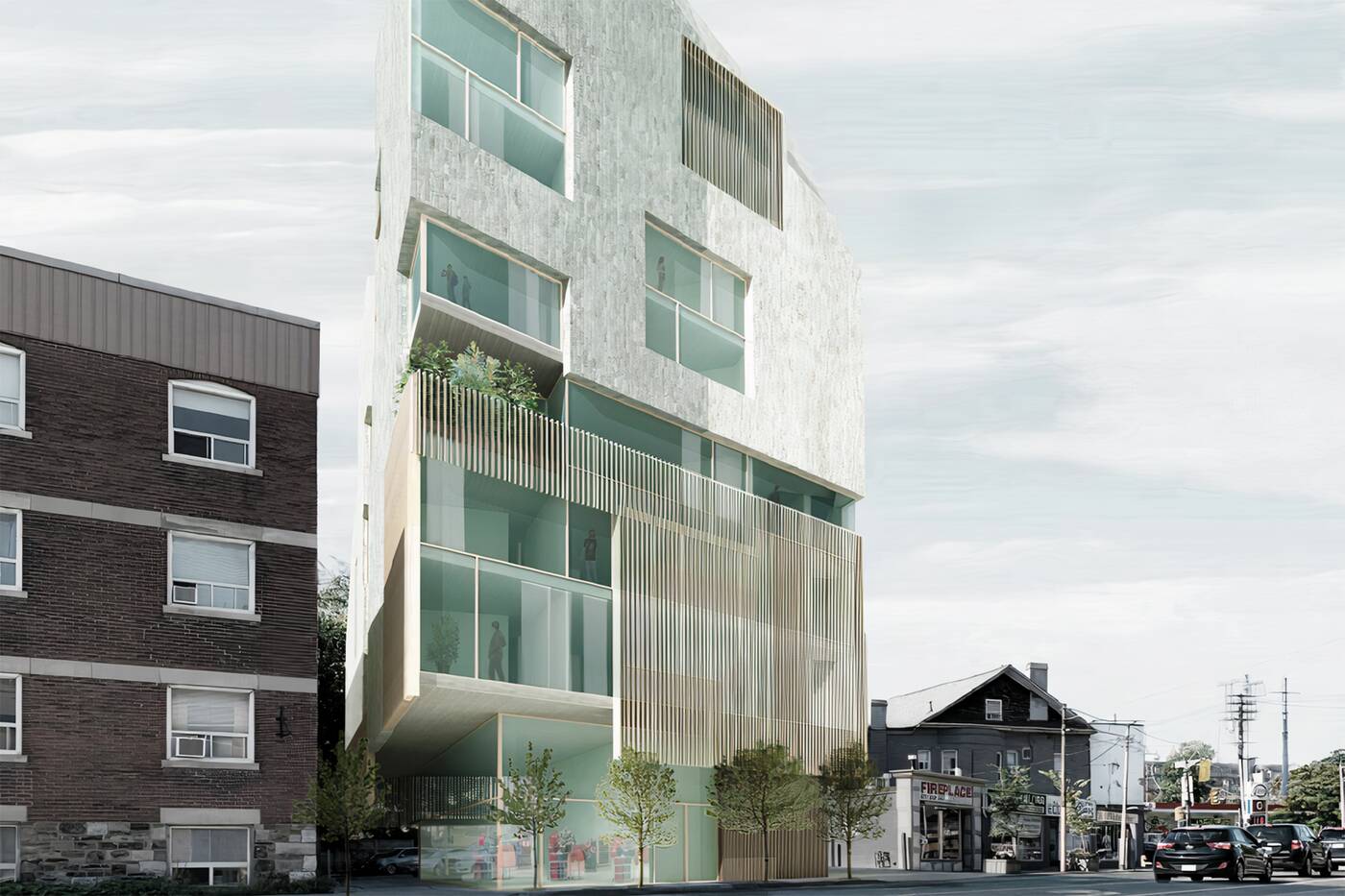 Plans for a seven-storey building at Dupont and Davenport have been submitted to the city.

According to their application to the City of Toronto, local firm KFA Architects and Planners and Italian-based ElasticoSPA plan to mix stone finishing, glazed glass and an aluminum sun shading shell on the outside of the structure, with plenty of windows on the front and rear sides, and staggered terraces full of greenery on the uppermost floors.

The striking shape is fitting for the trapezoid-shaped property, which is wedged between a low-rise complex and some single-floor retail storefronts near Casa Loma and was sold in Dec. 2019 to an unnamed company for a cool $3.15 million. 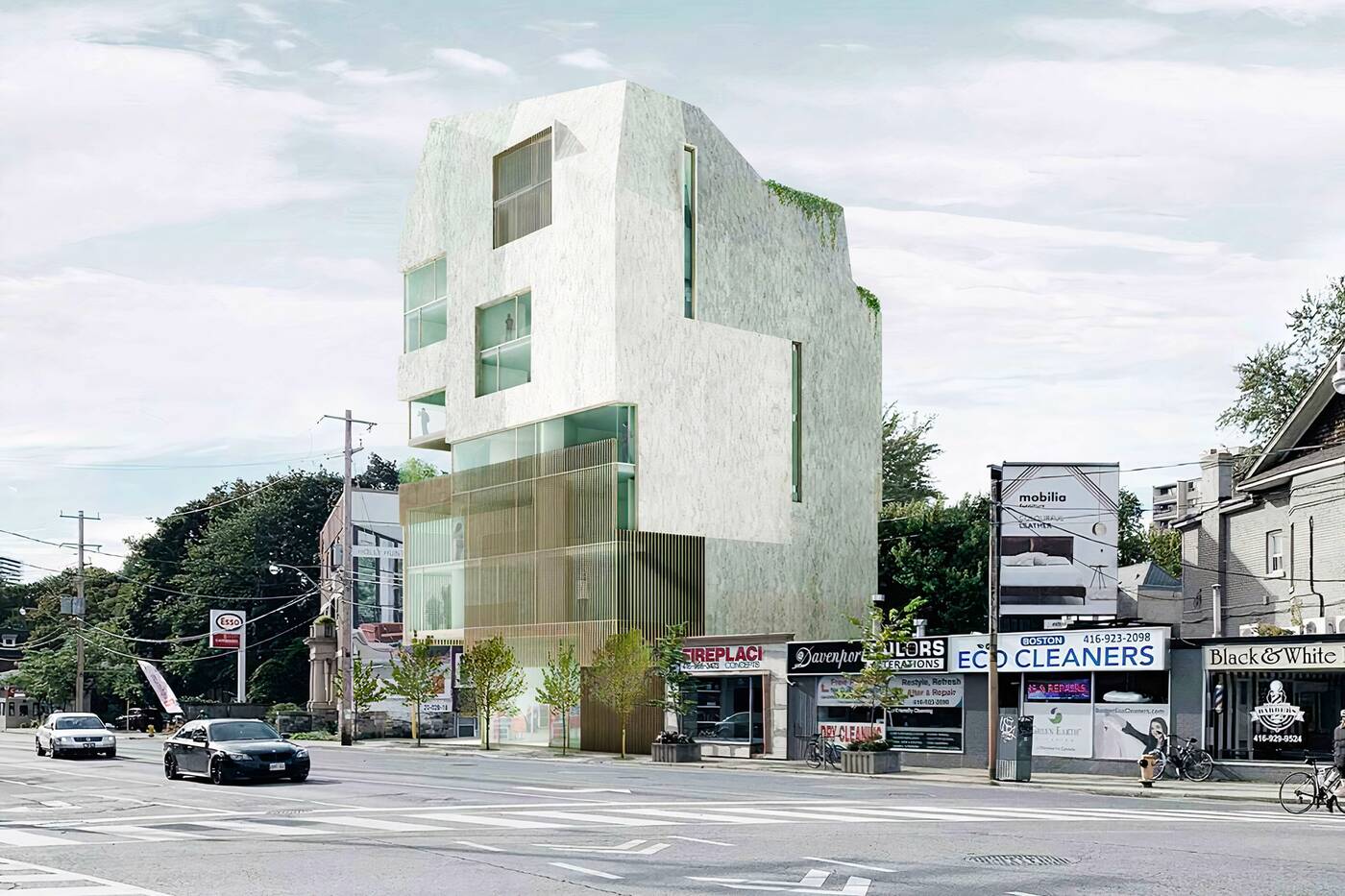 The exterior of the building has a range of different angles and materials to create an asymmetrical, tessellated appearance.

The unnamed project at 361 Davenport will, if it comes to fruition, offer double-stacked underground car and bike parking, ground-floor office space and lobby and 16 residential units from developer Bianca Pollak.

It would house six one-bedroom condos, nine two-bedrooms and one three-bedroom, ranging in size from 538 to 1,571 square feet. 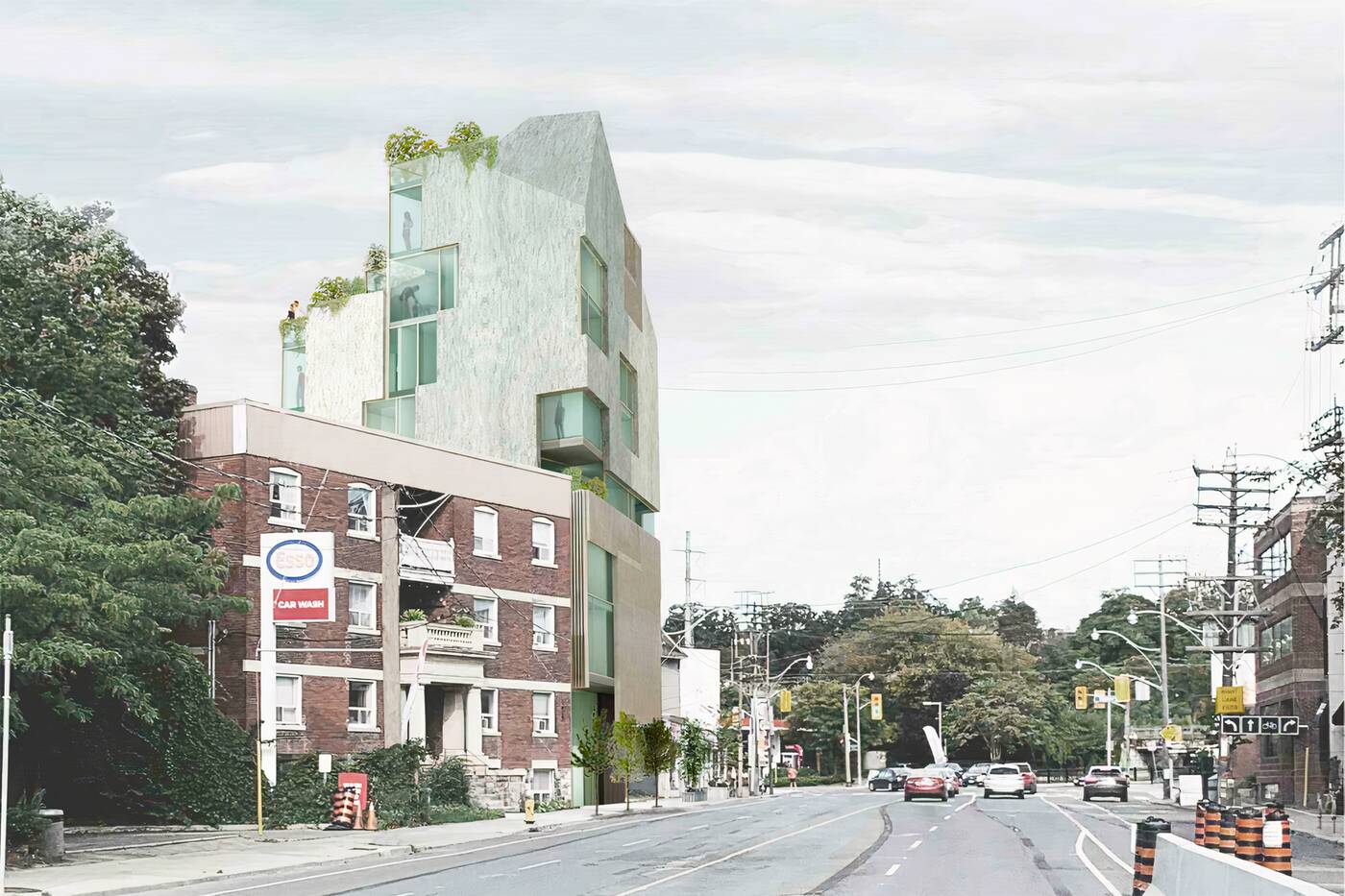 The condo building, if approved, will go in an unoccupied parking lot.

Though the modern design doesn't exactly fit with the area, the scale seems fair, and those already talking about it online are happy for it to breathe new life into the vacant space.