For roughly as much as an entire downpayment on a home in some parts of Canada, you can rent a luxury penthouse condo in downtown Toronto for one single month.

That's per month, of course, which may sound ridiculous but hear me out: This is no regular skybox we're talking about. 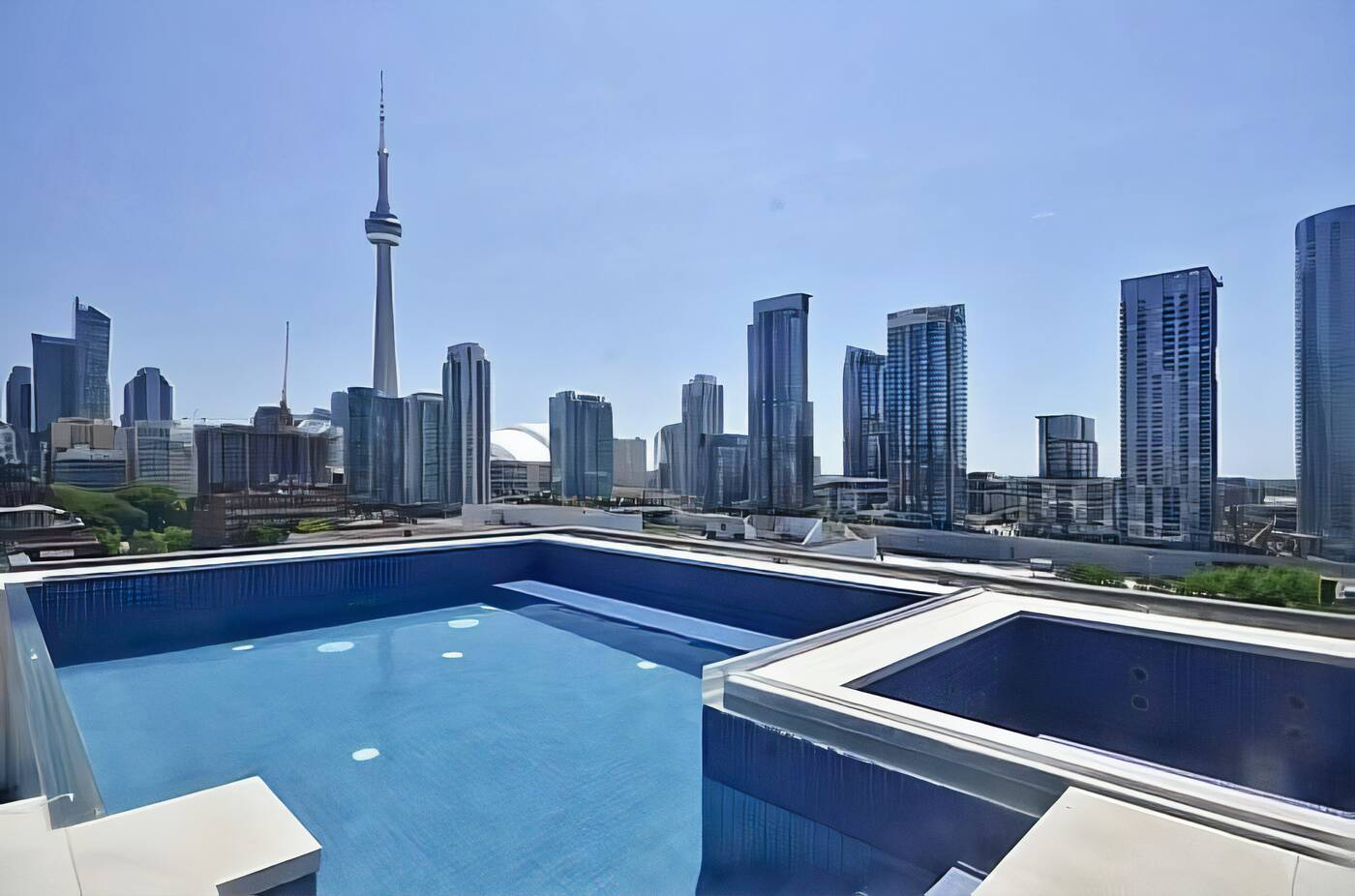 Penthouse 1001 boasts a staggering 4,000 square feet of living space — a practical palace in the sky, compared to most downtown living spaces.

The building itself, completed in 2011, has only 16 units across 10 storeys — each of them with private elevator access. 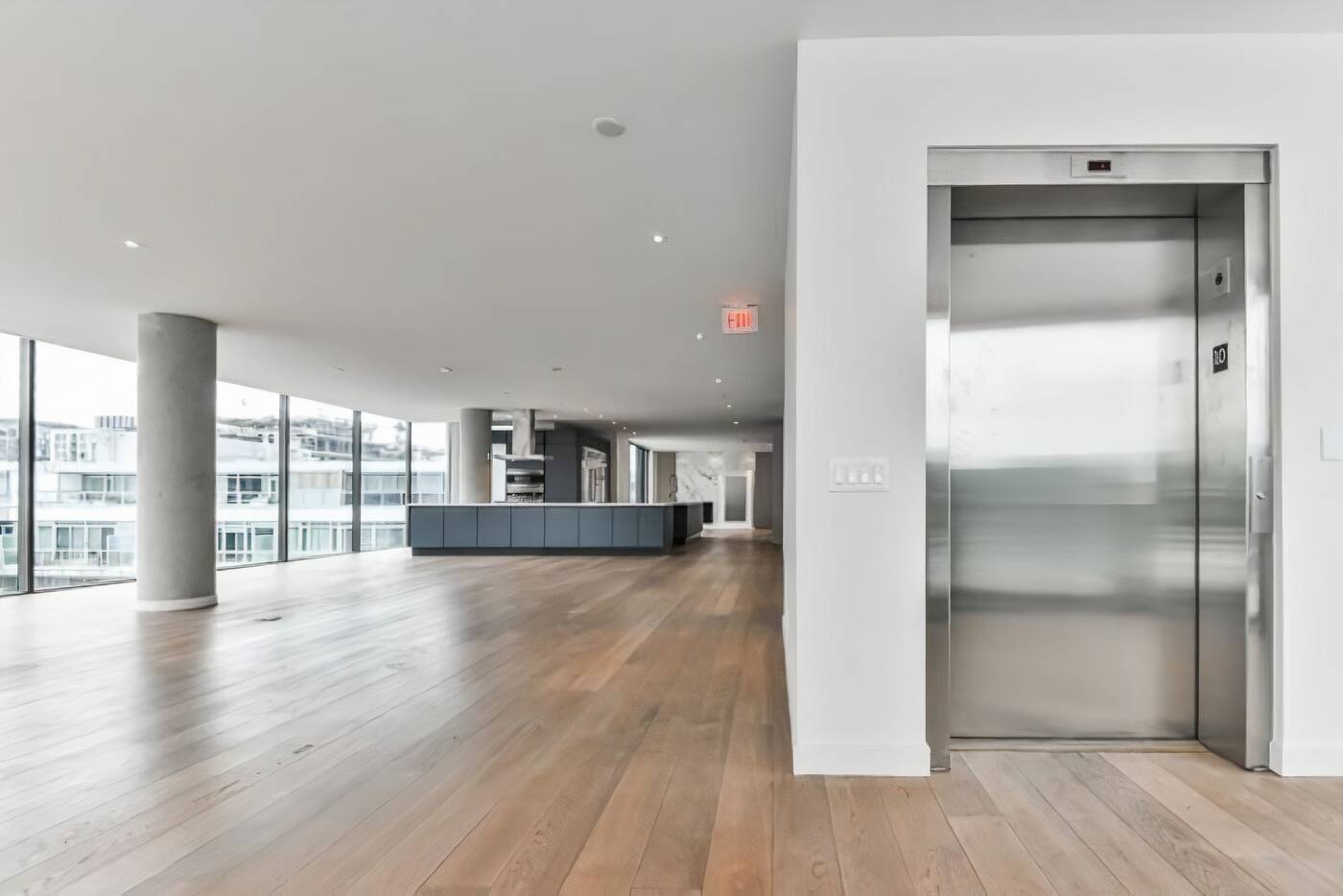 It doesn't come furnished, as one might expect from a place that costs as much for one month of occupancy as a brand new Toyota Corolla.

It's got your typical floor-to-ceiling windows and gorgeous authentic wide plank hardwood floors. 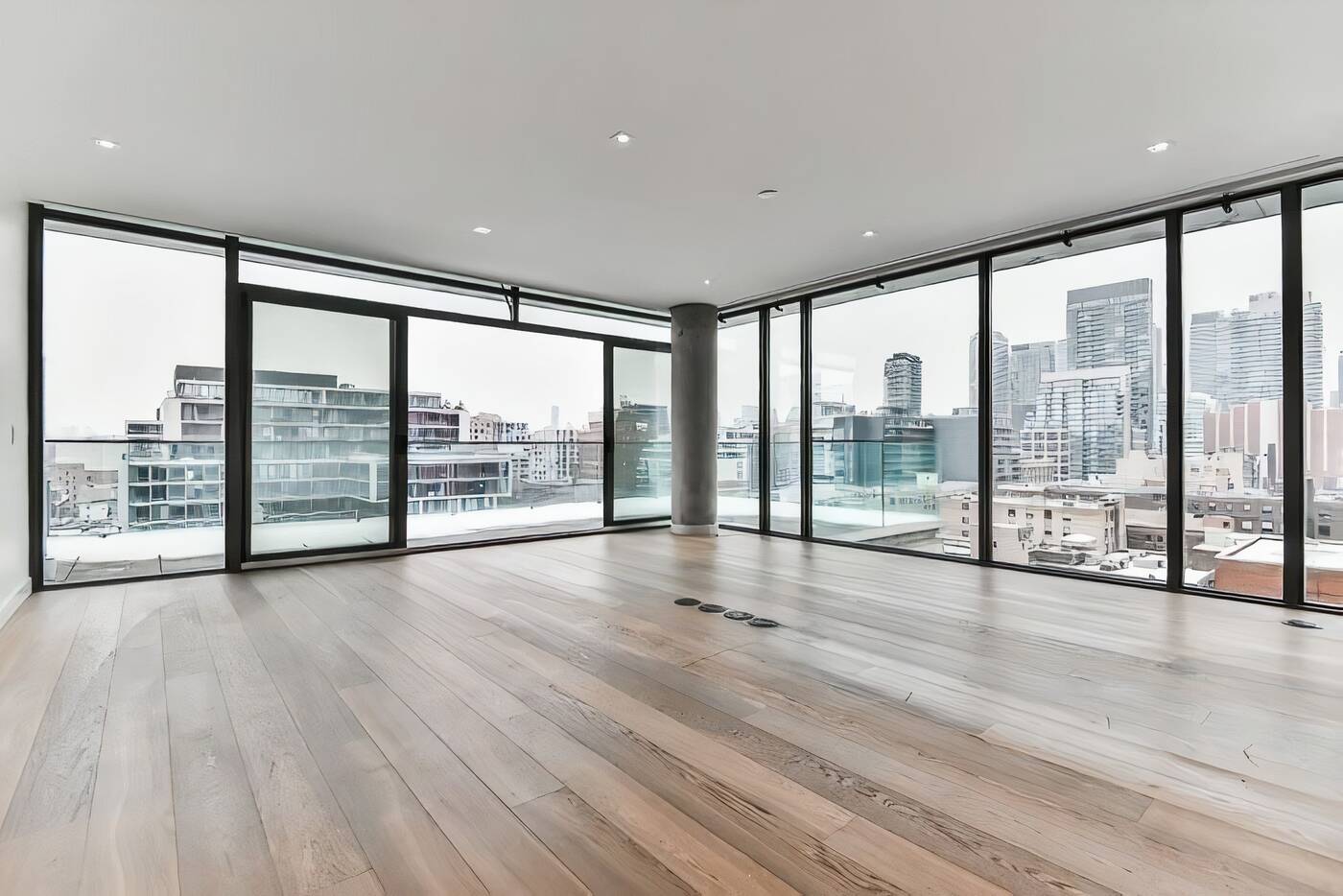 With the right decor, this three bedroom, three bathroom place could be absolutely stunning, though you won't get the same airy height as a typical Toronto hard loft: The ceilings are only 10 feet high. 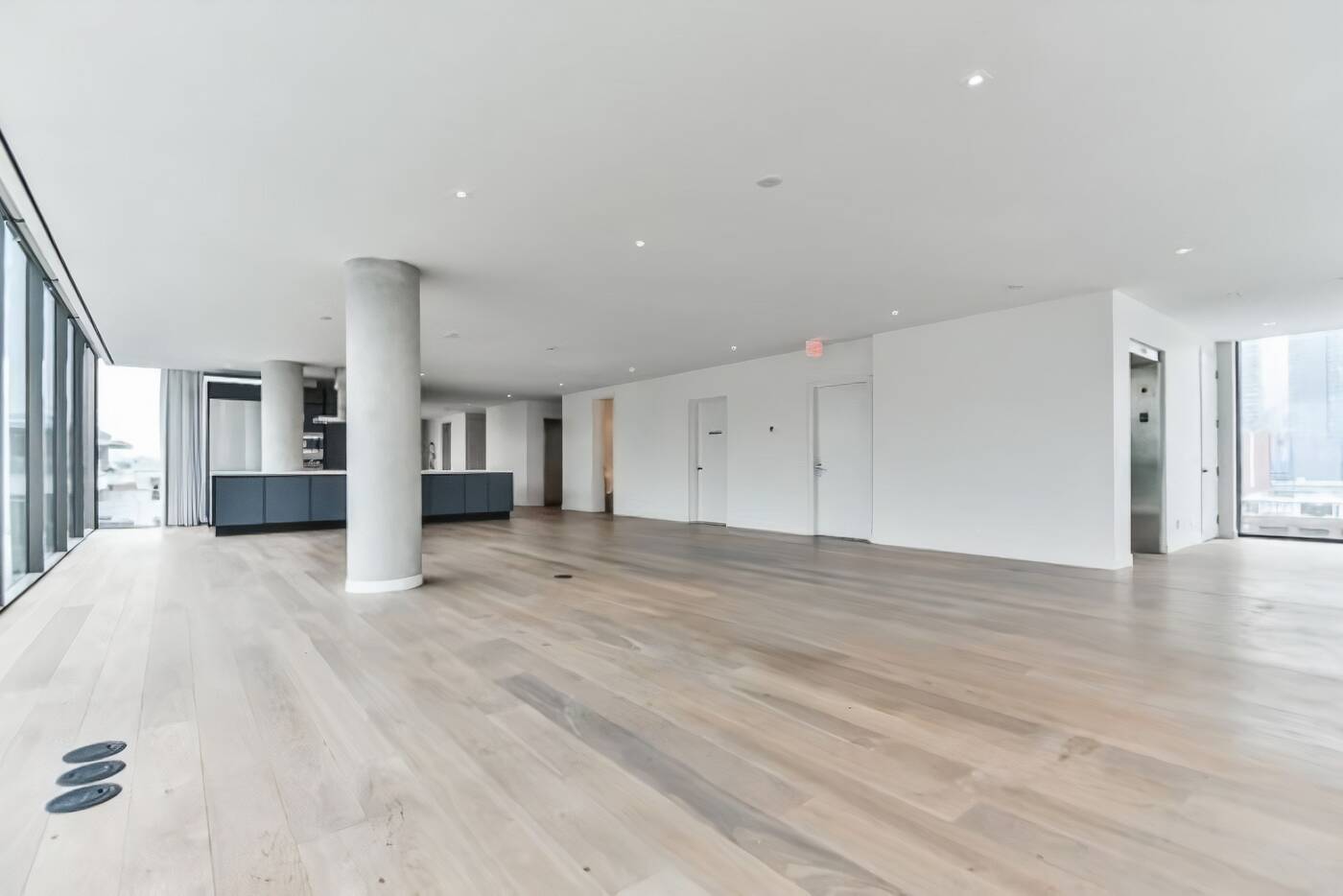 It's a nice place for chefs or aspiring chefs, though, with a wrap-around gourmet Scavolini kitchen. 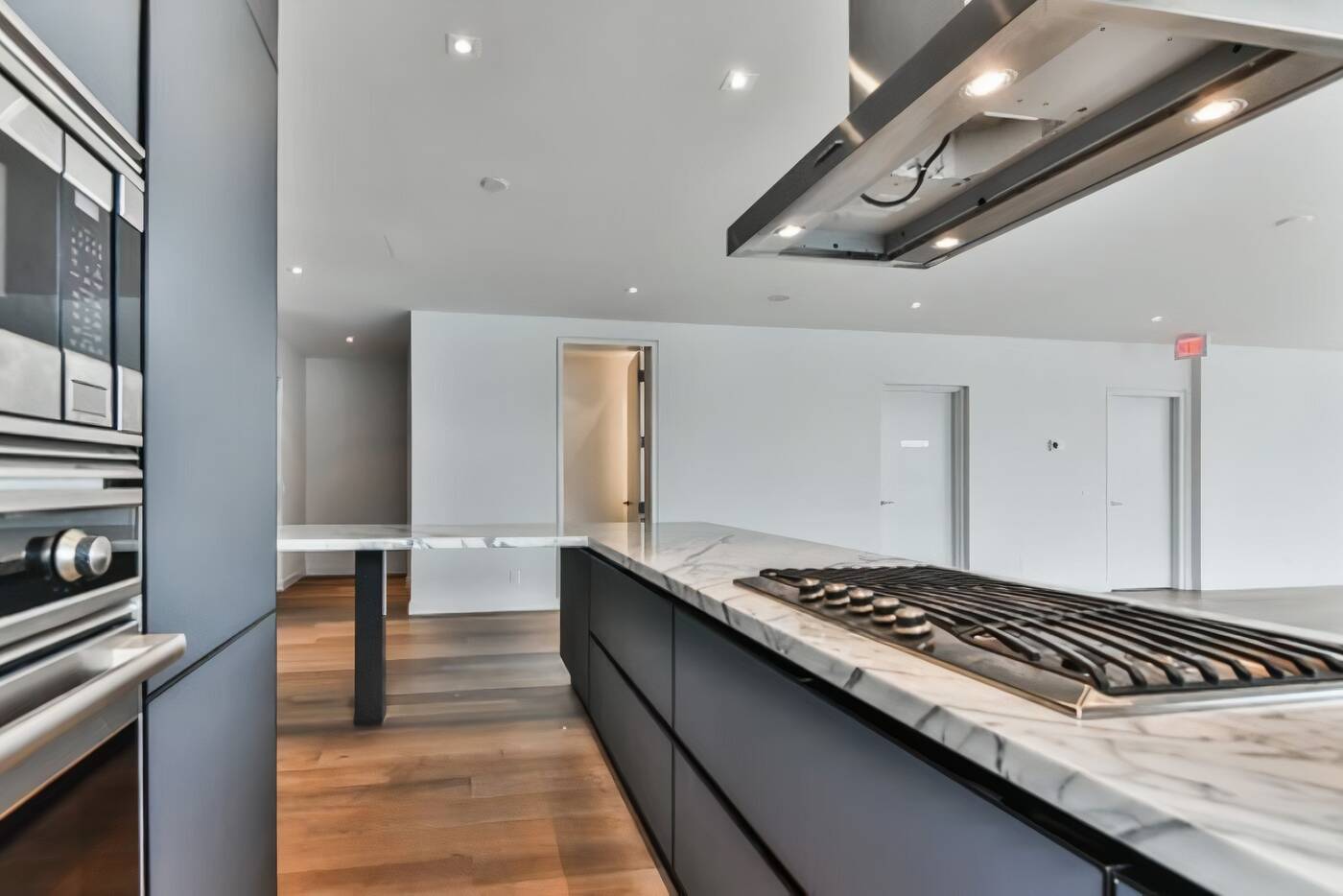 Why yes, that is a gas stove. Good eye! 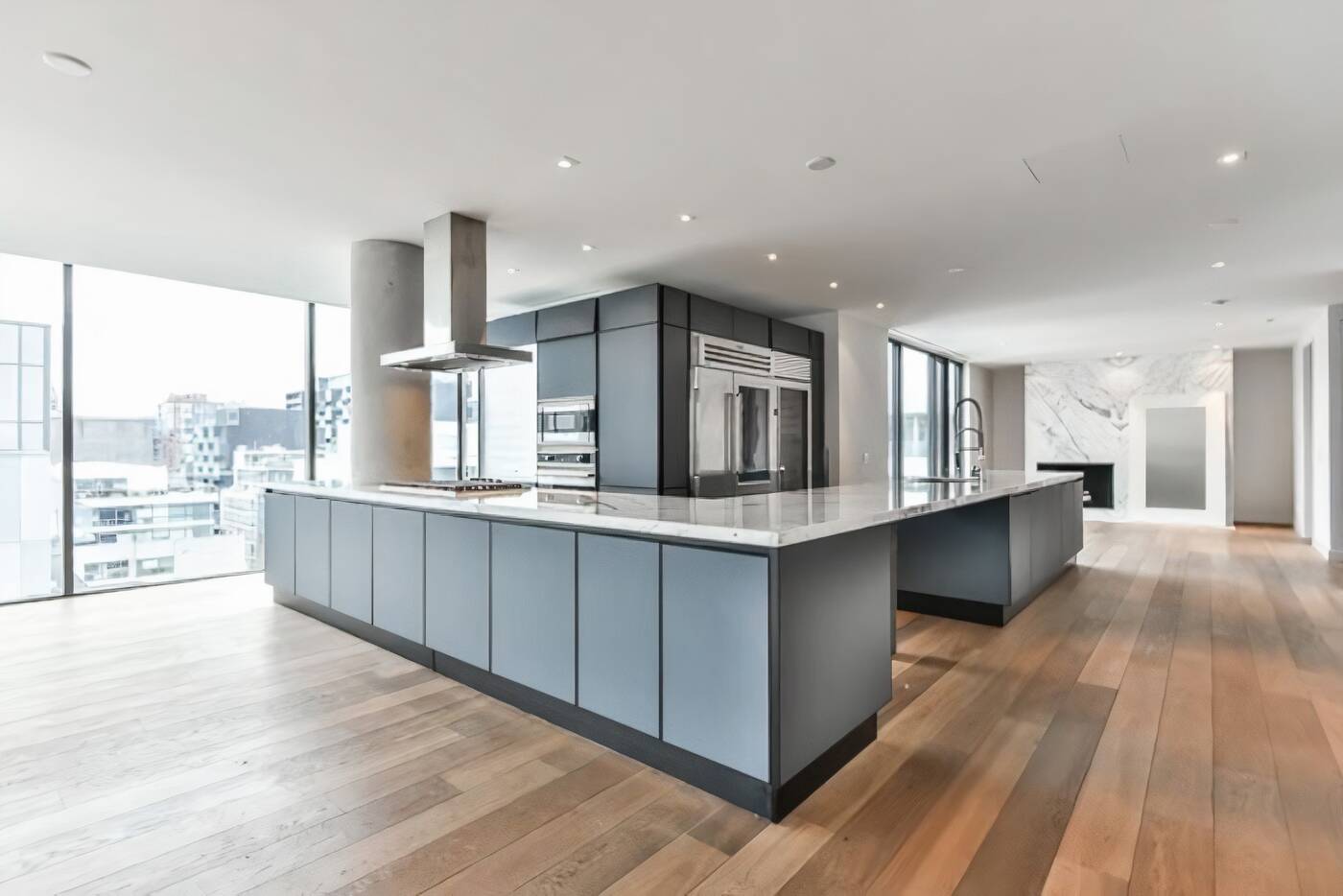 Other luxe features include a wood-burning fireplace.... 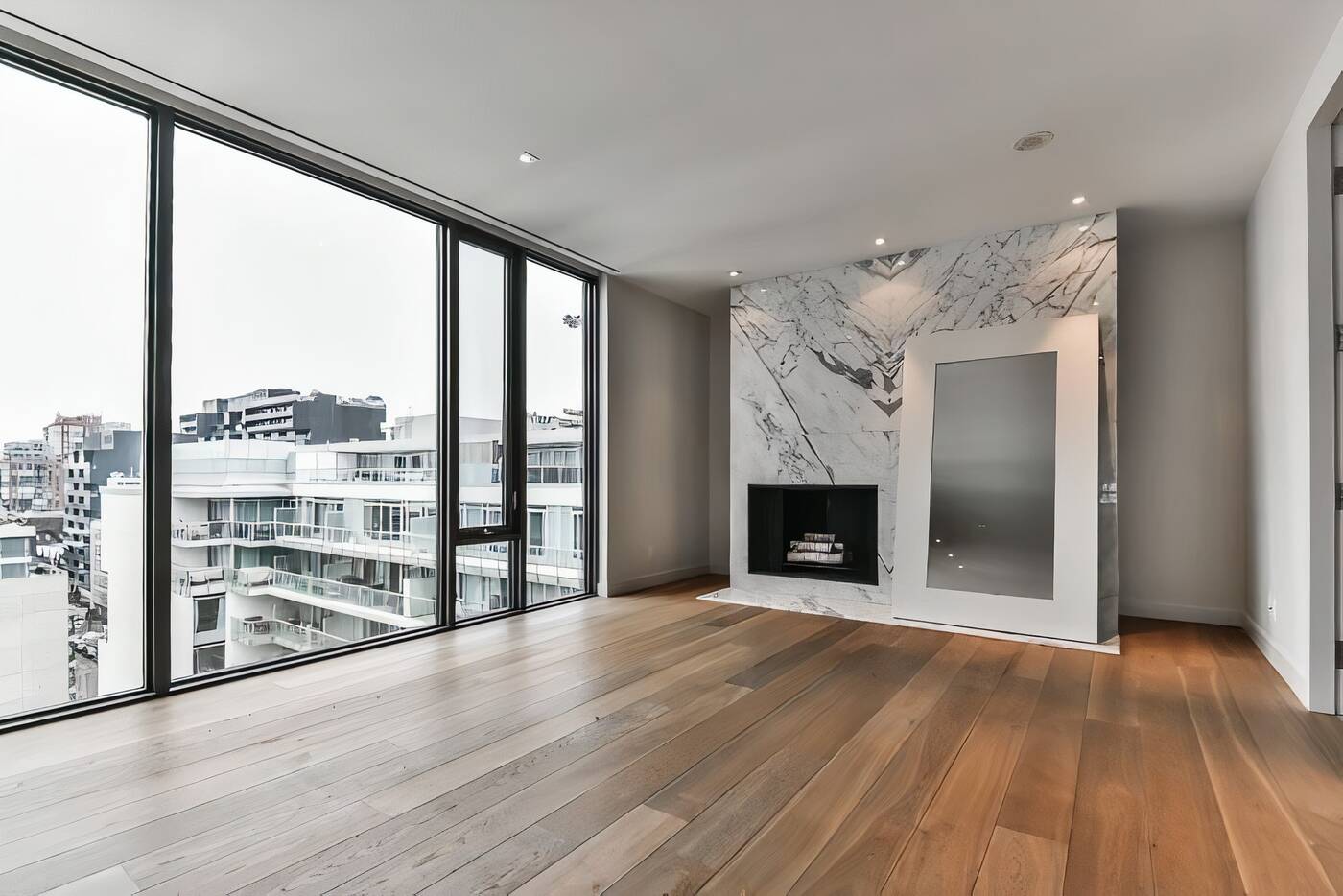 Something realtors describe as a "marble spa bath"... 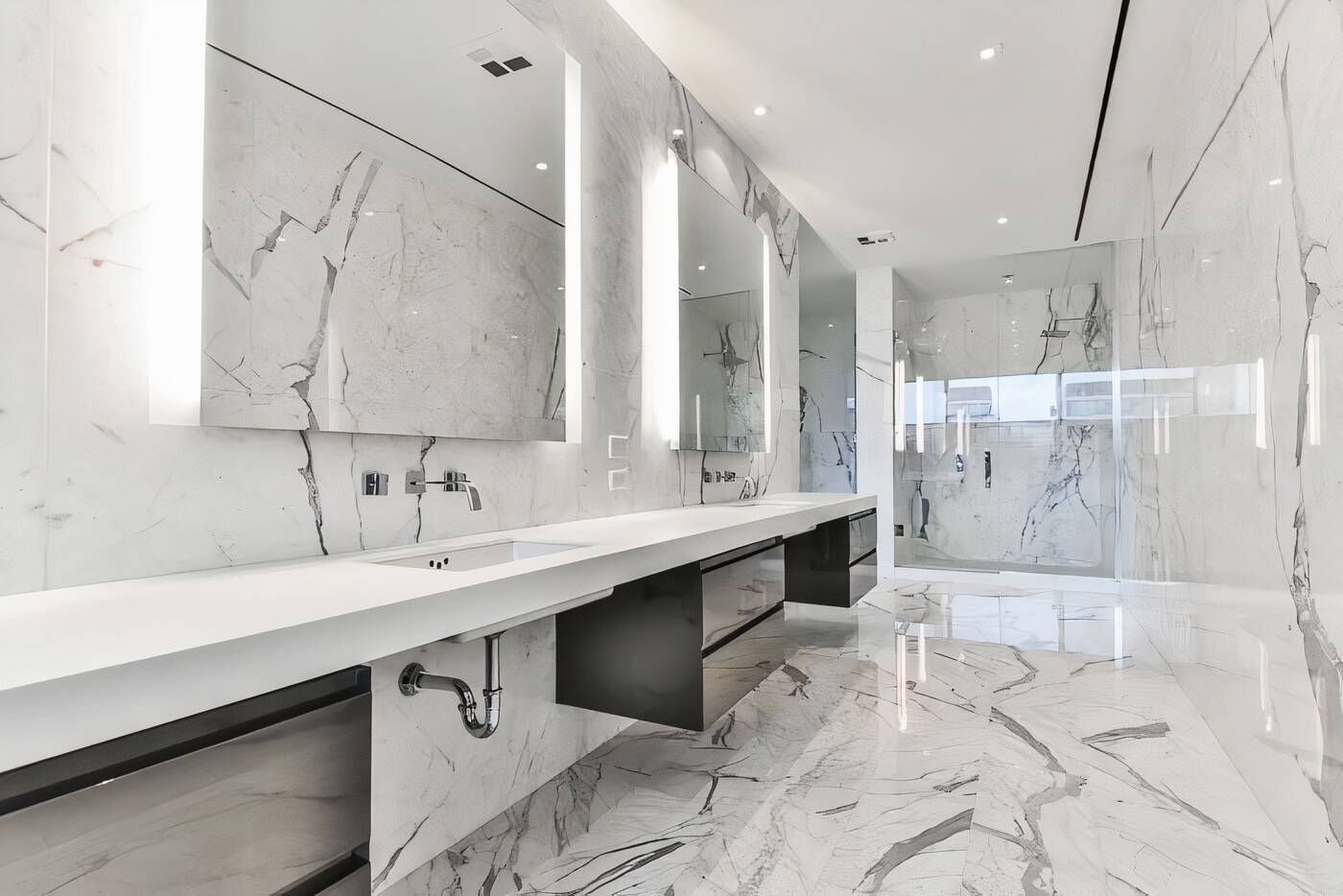 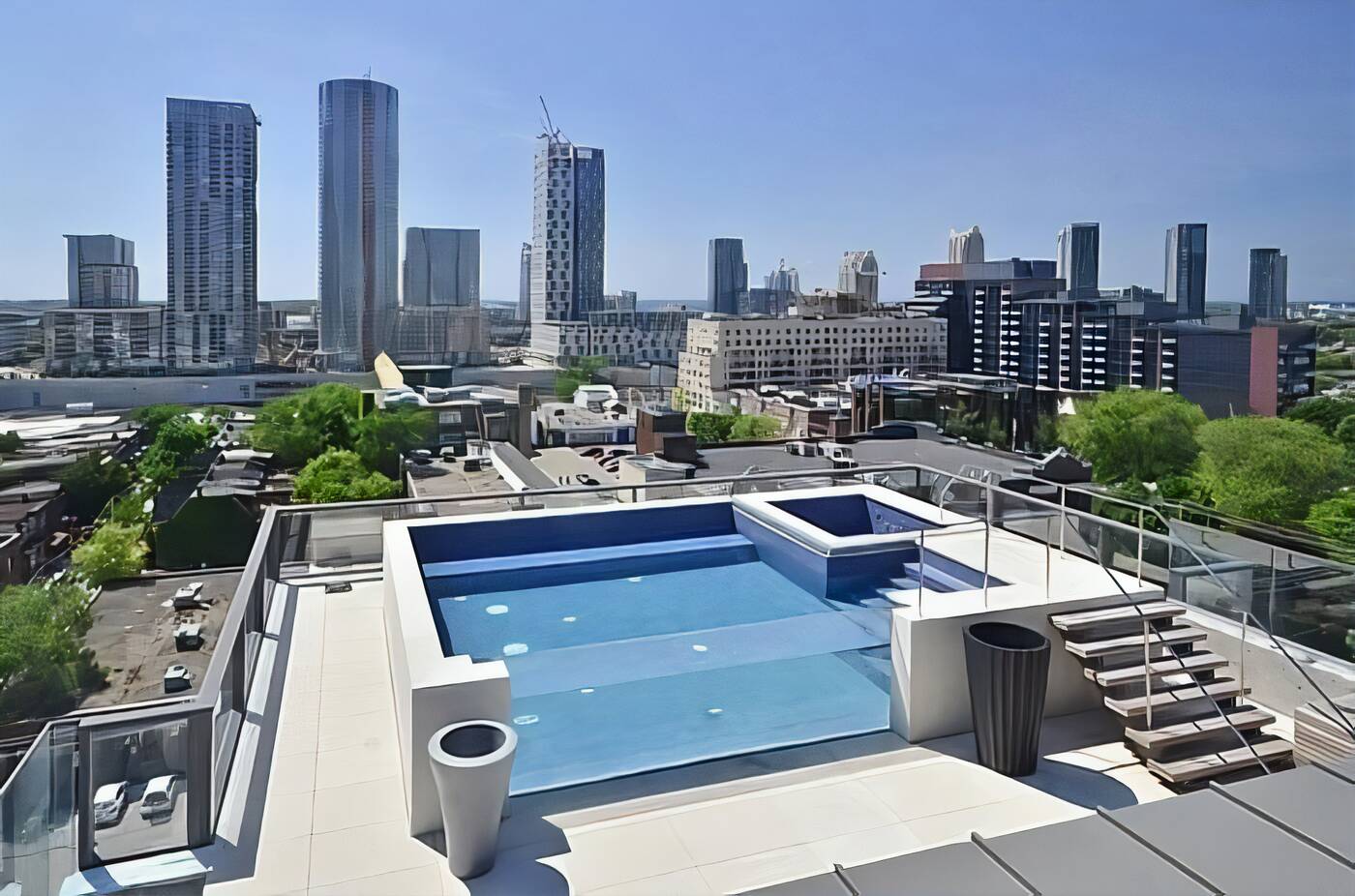 If you're wondering, the 2,200-square-foot terrace doesn't count as part of the suite's roughly 3,900-square-feet of living space; it's a bonus.

Even the smallest of the three bedrooms has ample closet space, which is probably important for anyone who could afford to spend $27,500 a month on rent, since they also (presumably) have tons of dope clothes... 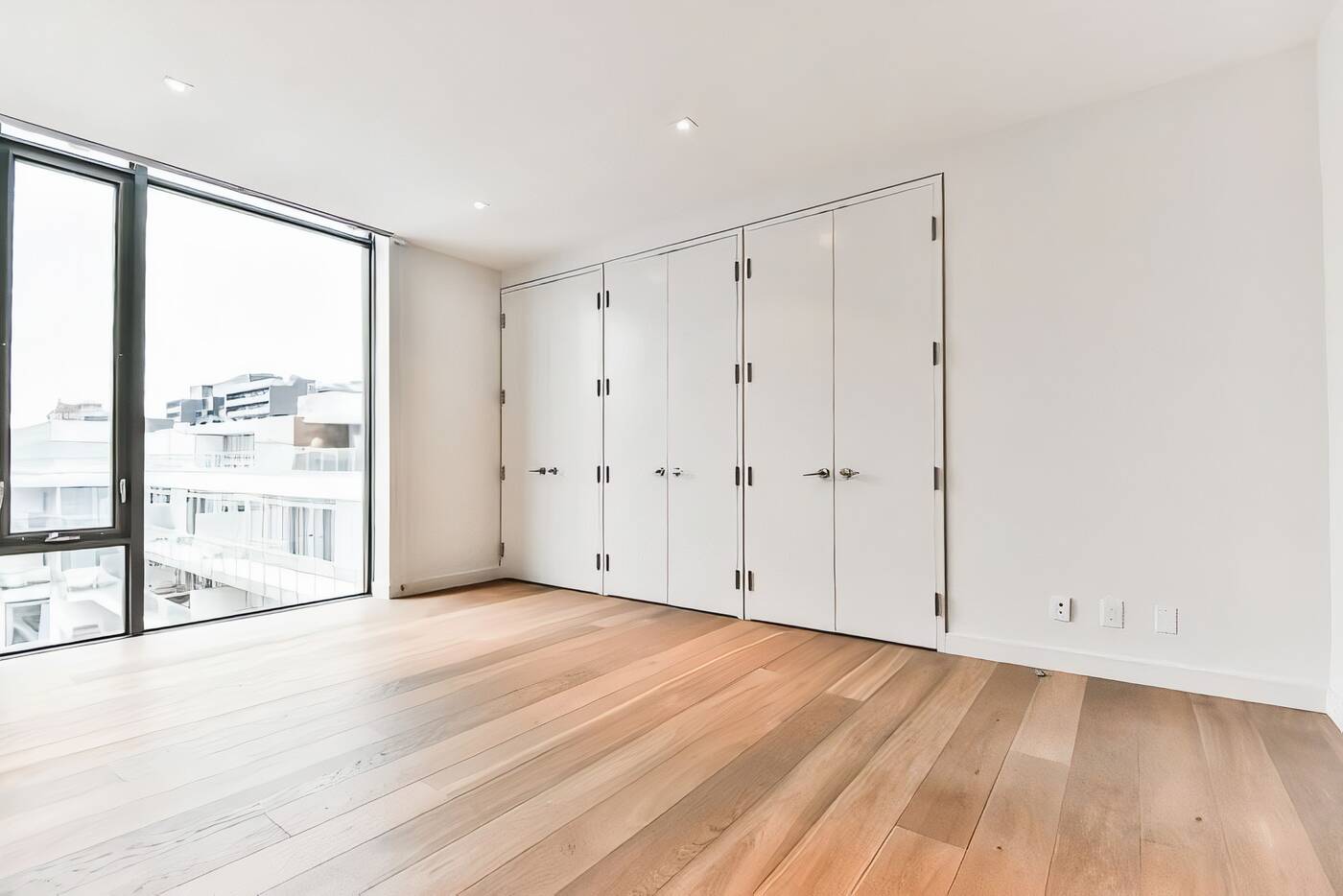 This is a logical question that I also had before looking up how much units in the building actually sell for.

A two-bedroom, three-bathroom, roughly 2,499-square-foot condo on the fifth floor of 500 Wellington is one of just two units currently available, with a sale price of $5 million.

You could rent the penthouse for three years, technically, for a literal fifth of what you'd pay to buy that condo... though, again, if you're pulling in enough money to spend nearly 30 grand each month on rent, you could probably get a mortgage.

Either way, this is one impressive pad, the likes of which I can't wait to gawk at again from below once again as I ride my bike along Wellington West. 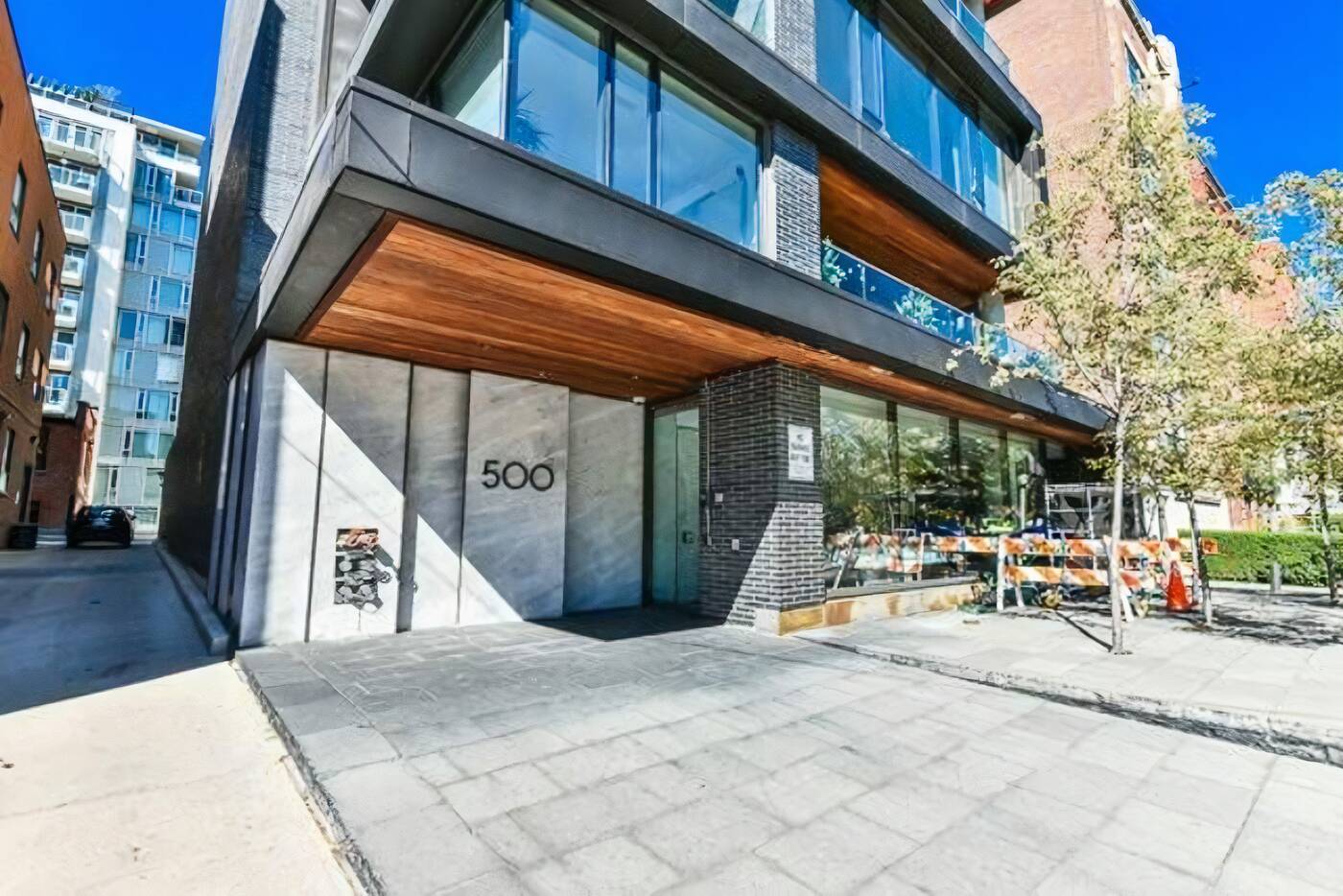