One of Toronto's most-famous vacant stores is turning into condos

Have you ever walked by that old used appliance store in West Queen West with the life-size James Dean cardboard cutout in its front window? The one that is entirely, completely empty inside except for said James Dean cutout?

For whatever reason, that space at Queen and Niagara has been sitting vacant for at least seven years.

It has, at different times, been for sale, for lease, and for sale or lease, but it hasn't been occupied (by anyone other than the sun-faded James Dean) since 2013. Not even a pop-up, for cripes sake! 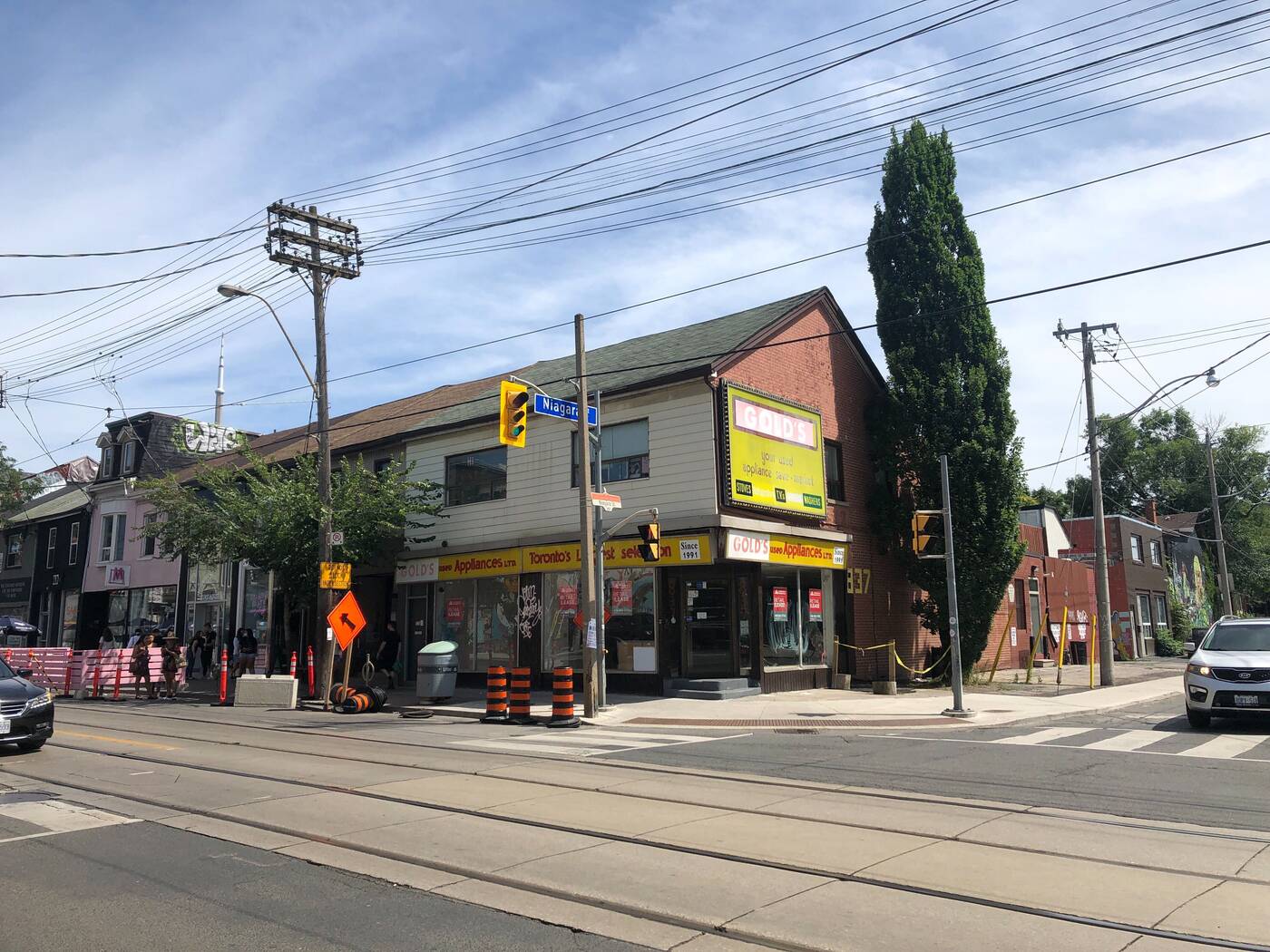 Before it became a hollow mystery, the property at 835 Queen Street West was Gold's Used Appliances.

Prior to 2011, before it was Gold's, it was called Addison Used Appliances. Though we know that the Addison business licence was cancelled in 2010, it is unclear when it actually opened.

A Heritage Impact Assessment prepared by ERA Architects for Emma Capital Inc., which recently filed a development application for the site, states that it contains "a heavily modified 2-storey main street commercial building with residential units on the second floor," constructed between 1875 and 1880. 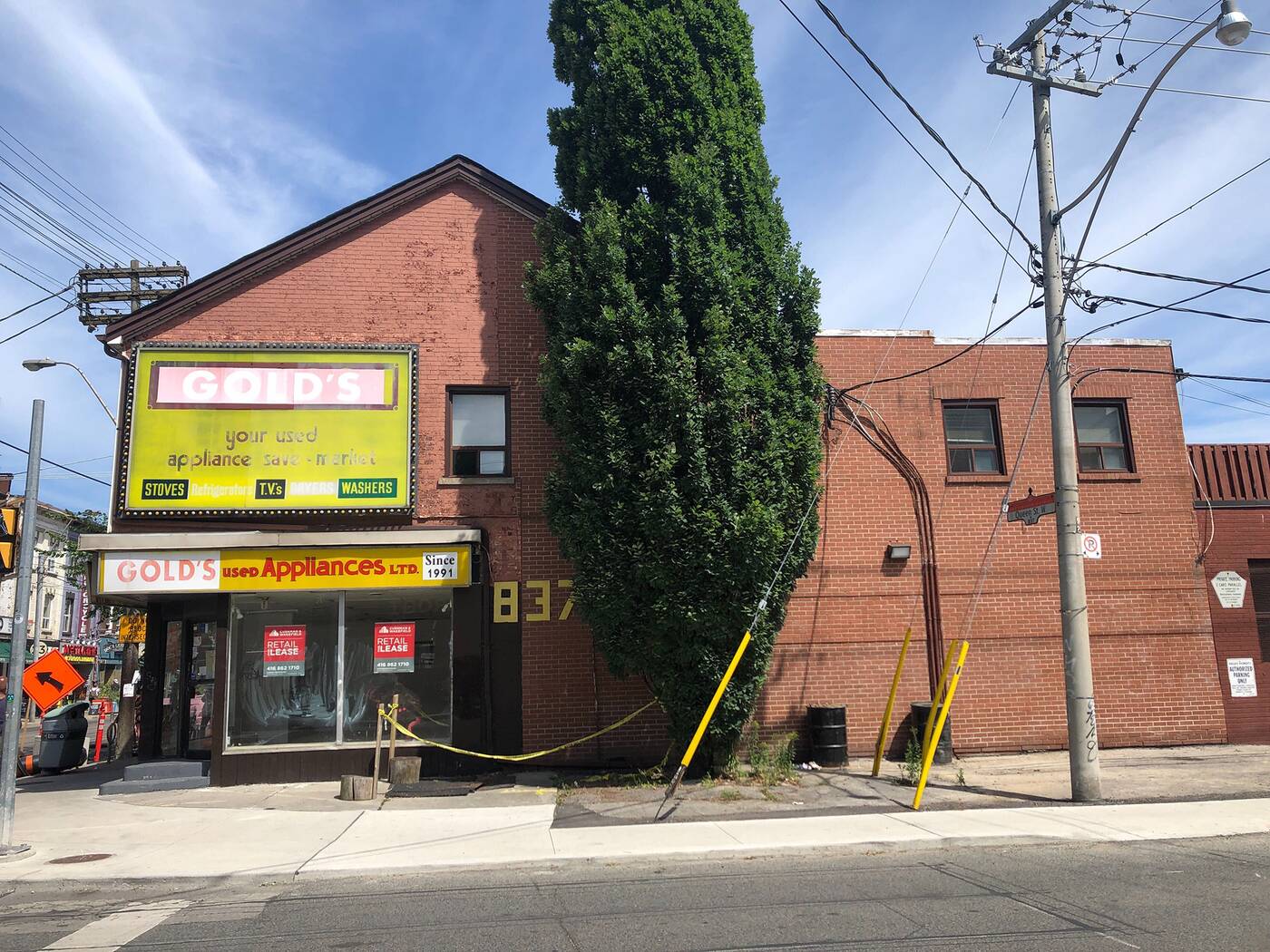 Old directory listings dug up by ERA show that the building actually used to be two separate stores. In 1876, they were respectively occupied by a grocer and a "saddler."

And yet, while old as heck, 835 Queen West has not been designated as a historical building under the Ontario Heritage Act, nor is it listed on the City of Toronto's Heritage Register.

It likely never will be. ERA, a leader in the field of historical conservation, concluded in its asessment that the property "does not possesses significant design or associative/historical value."

And like, fair. It's not exactly symbolic of Toronto's Victorian-era architectural roots. 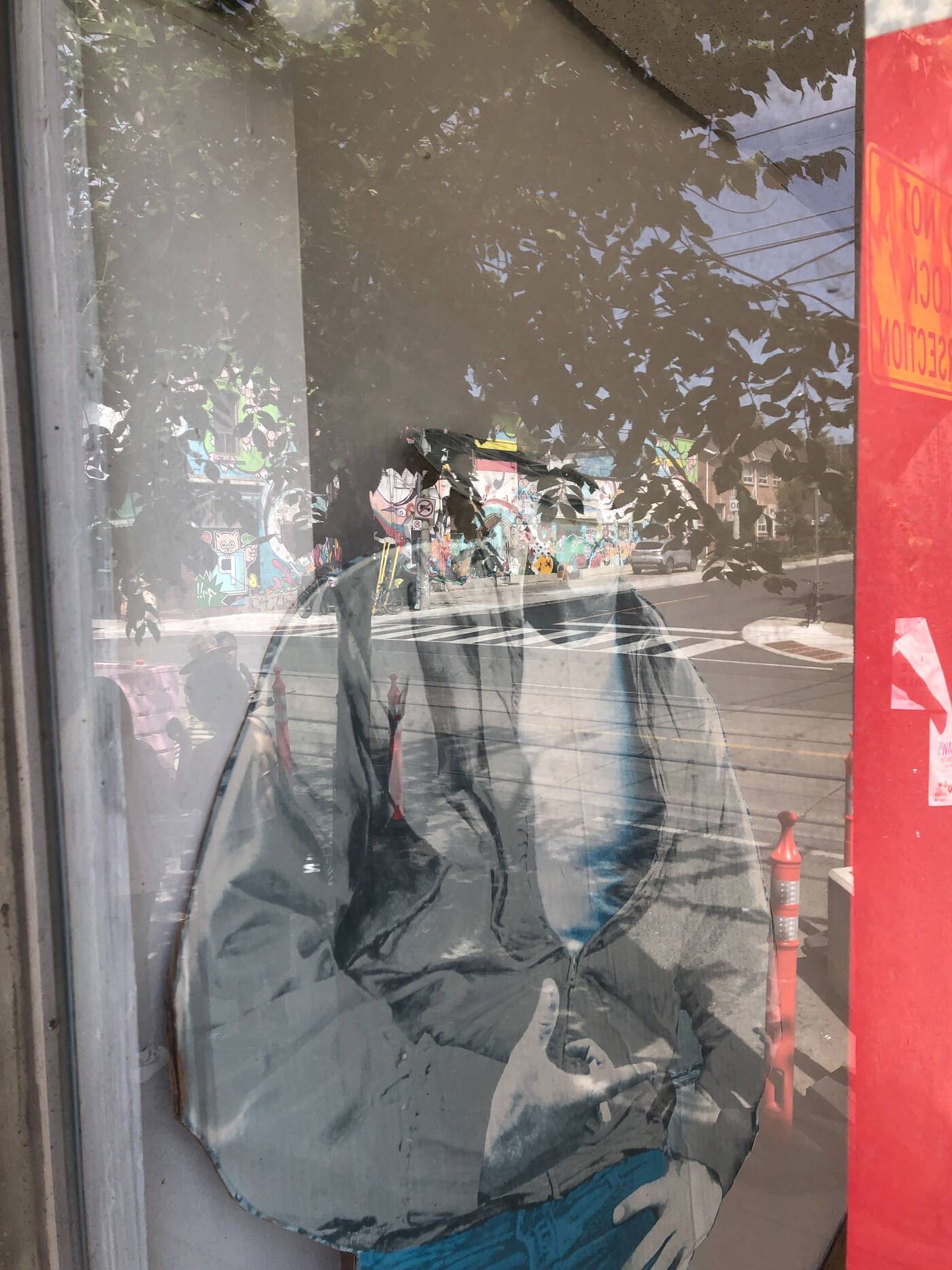 Being that it's not of historical significance, developers are proposing that the property at 835 Queen Street West be razed entirely.

If all goes well for Emma Capital Inc., it will be replaced with a fetching six-storey, mixed-use residential and retail building designed by RAW.

The development would bring 21 new condominium units to the area in total. 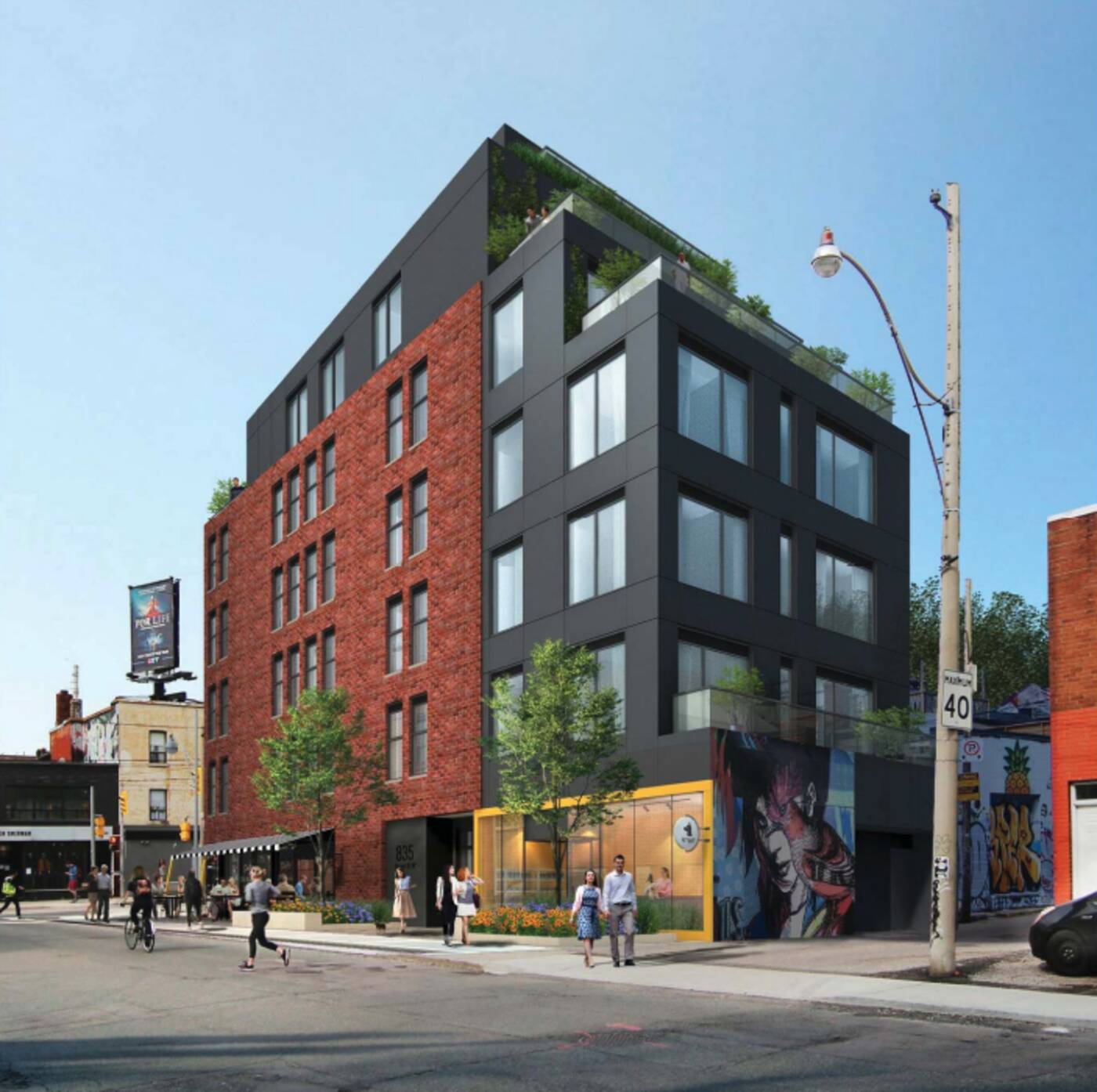 An early rendering of the proposed development suggests that it will not only reanimate a prime corner of Queen Street West, but bring public realm improvements down Niagara Street as well.

It's now up to the City of Toronto to approve the site plan, though it could be many years before we see the new face of Queen and Niagara.

As for James Dean, who is looking worse for wear these days with half of his head bent backwards, who knows?

Maybe the cutout will be bulldozed along with the old used appliance store. Maybe it'll be saved by the building's owners (who will also own all of the new commercial and residential units). Ideally, it will be baked into the development somehow, winking at us all from behind a brick wall until the end of time. That would be cool.