It seems like even a pandemic can't hold back Toronto's red-hot housing market as figures show detached home sales are already rebounding near to 2019 levels.

According to a new report by Zoocasa.com, detached home sales in Toronto and in five surrounding regions rose steadily through May and June to reach 75 per cent of last year's levels.

This comes after a difficult early April and early May where sales in the GTA dropped by as much as 75 per cent of 2019's figures.

The abrupt drop came as Ontario declared a state of emergency and hundreds of thousands of homeowners in Canada deferred their mortgages. Home sales dropped and new listings were scarce as many held off on moving until things settled down.

Despite new home sales in Toronto being at their lowest point in 20 years, it seems that sales for detached homes, at least, have begun to bounce back as data shows June sales in Toronto to be at roughly 87 per cent of 2019 levels. 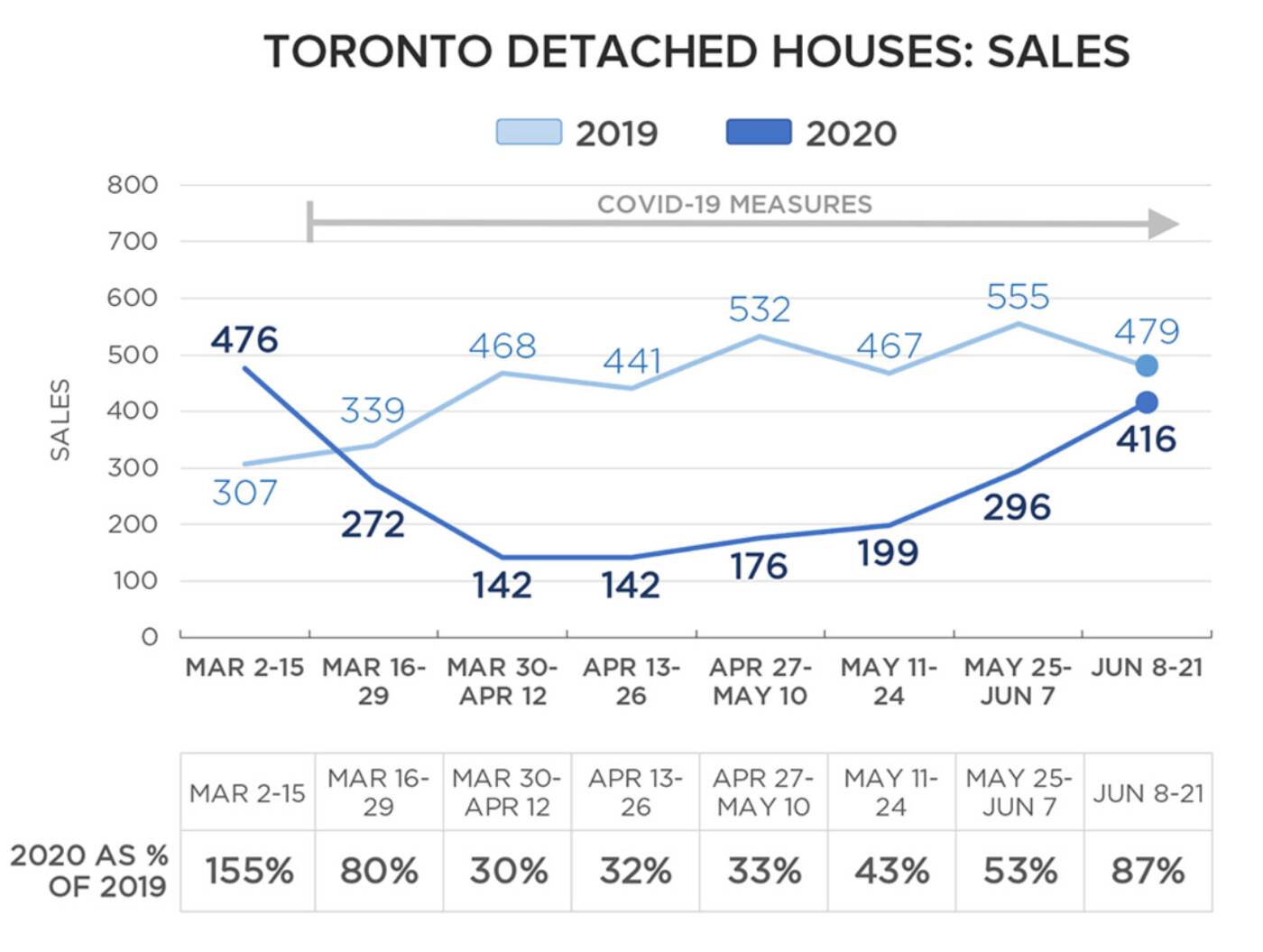 "After hitting a low point in April, sales for detached houses in Toronto began to recover through May and June," it reads.

"For the period between June 8-21, sales for detached houses in the region recovered to 87 per cent of sales during the same period last year, providing a strong signal that more home buyers are gaining confidence and returning to the market."

During that same period, 862 new listings were added.

"This was 3 per cent more than the number of detached homes listed between March 2-15, which were the last two full weeks before Ontario declared a state of emergency," it continues.

"The volume of new listings between June 8-21 reached 81 per cent of 2019 levels; a striking contrast to the weeks between early April and early May when new listings were only at 30 per cent of last year's volume." 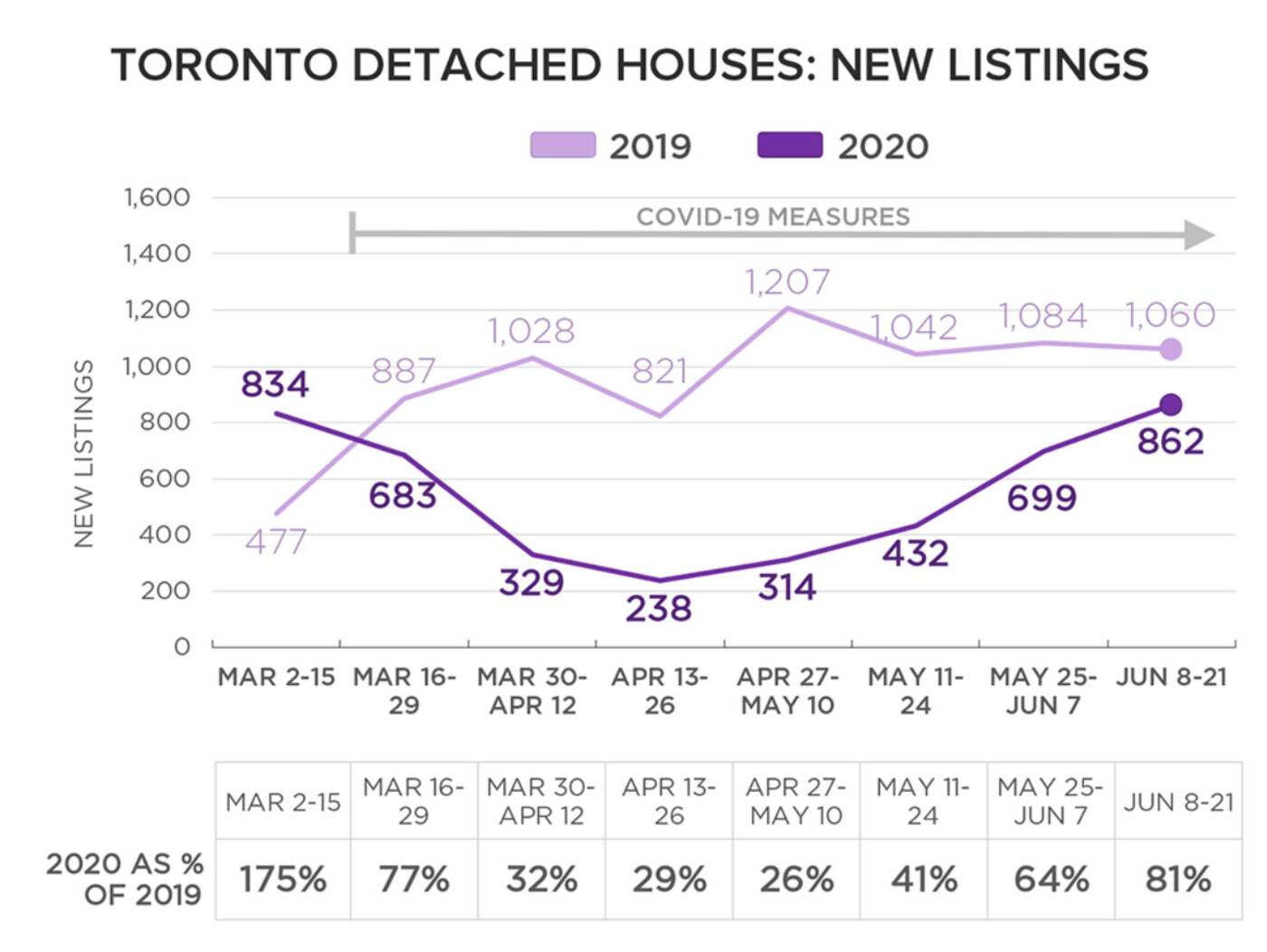 The report also notes that the sales-to-new-listings ratio (SNLR) has already balanced itself at 47 per cent for June, compared to 45 per cent this time last year.

"A balanced market occurs when the SNLR is between 40-60 per cent and indicates that there was enough available supply to meet buyer demand," it said.