A parking lot in the Canary District will soon become the site for two new condos designed by the Denmark-based firm Henning Larsen.

New plans have been submitted for a piece of land known at 125R Mill Street, also known as Block 20, which sits in the central Waterfront neighbourhood in the West Don Lands.

The development is being imagined as the home of a pair of condos designed by the Danish firm behind projects like Moesgaard Museum. They will be working alongside Toronto's architectsAlliance. 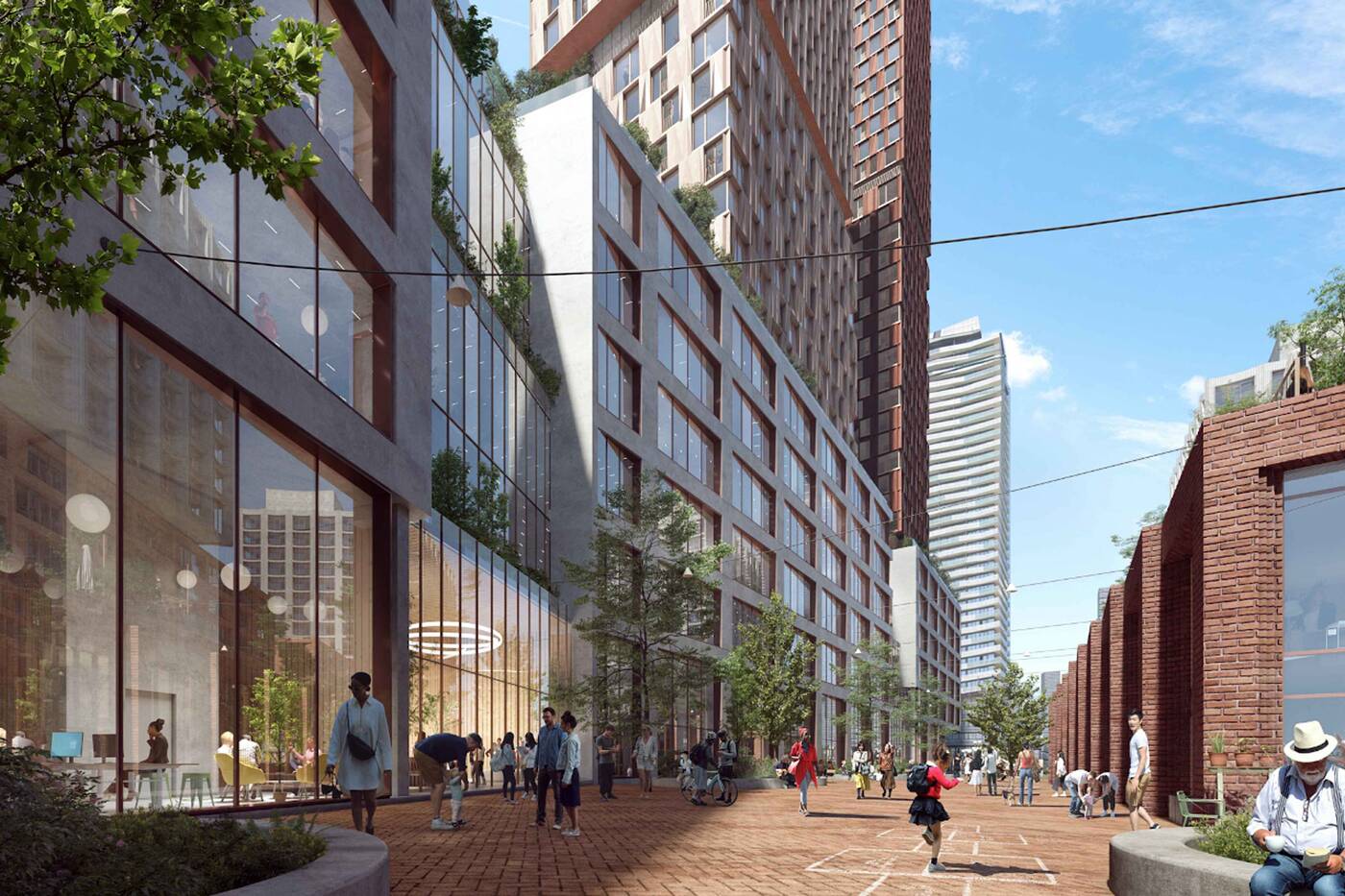 East Tankhouse Lane is a new public space that will run east to west. Photo via Henning Larsen via City of Toronto application.

In total, both buildings will introduce 661 rental units, with nearly half of those units offering two or more bedrooms.

As part of a push to include more affordable housing in the West Don Lands, Block 20 joins other developments to include some affordable units — in this case, 198 units, or 30 per cent. 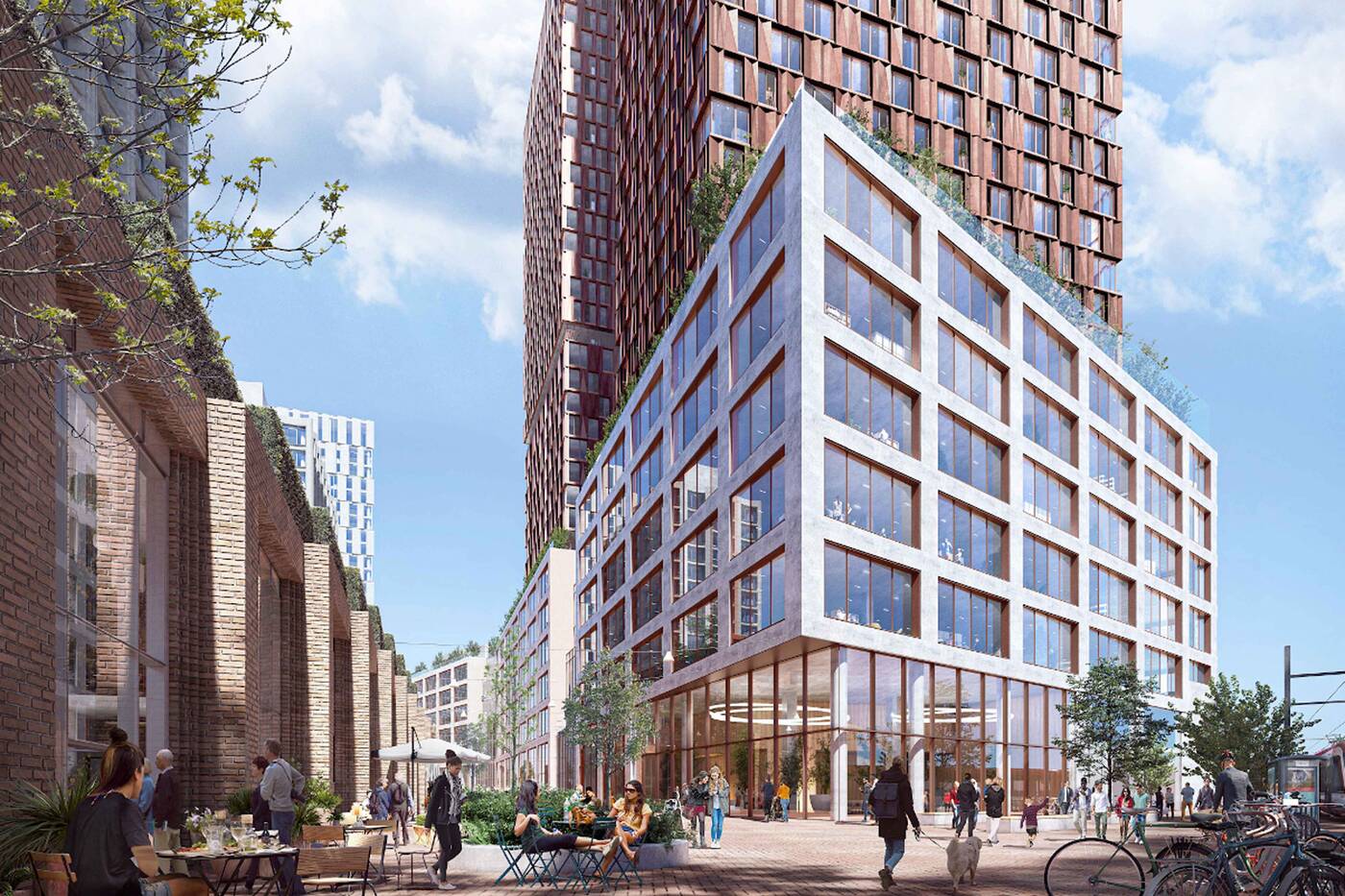 The new public passageway will connect Cherry Street on the west with Block 32 on the east. Photo via Henning Larsen via City of Toronto application.

Residents will have access to outdoor amenities such as a terrace and pool on the seventh floor, and a skylounge that will wrap around the mechanical penthouse that sits above the 45th floor of the West Tower.

The podium which connects both towers will have office spaces and ground-floor retail.

But the most exciting area for non-residents will be able to access to a new public passageway, called East Tankhouse Lane, that will run east-to-west from the Cherry Streetcar Loop and Block 32.

The 53,550-square-foot public area will fill the space between the developments on Block 8, which sits just north and will eventually be home to three more condos.

It will include seating and landscaping and look similar to the design in the Distillery District. Renderings show a bridge suspended over East Tankhouse Lane connecting the East and West towers.