If you're a Toronto homeowner with your house up on the market, it couldn't be at a worse time.

In the wake of a global pandemic, home sales in the city have dropped a whopping 37 per cent compared to this time last year, according to Canadian Mortgage Trends.

Surging unemployment and social distancing measures mean that, if you've got a house on your hands that you're trying to flip, it's best you sit on the property until 2021, when sales are predicted to surge once more.

But for some people, waiting until next year might not be an option, and some Toronto homeowners are scrambling to sell their abodes as the novel coronavirus marches Canadian real estate directly into dire straits.

Greg Loskutov, an accountant in Toronto, just put his Leslieville home up for sale this week, and says that the process has been "complete mayhem."

Loskutov and his wife purchased a new house about a month ago, and had planned to sell their current property at 112A Morse St. in July before moving with their three kids.

But in light of COVID-19, the family has been forced to put the home up for sale this week, three months ahead of schedule.

"Things started to deteriorate and we realized we don't have that kind of time," says Loskutov. "It's a disaster." 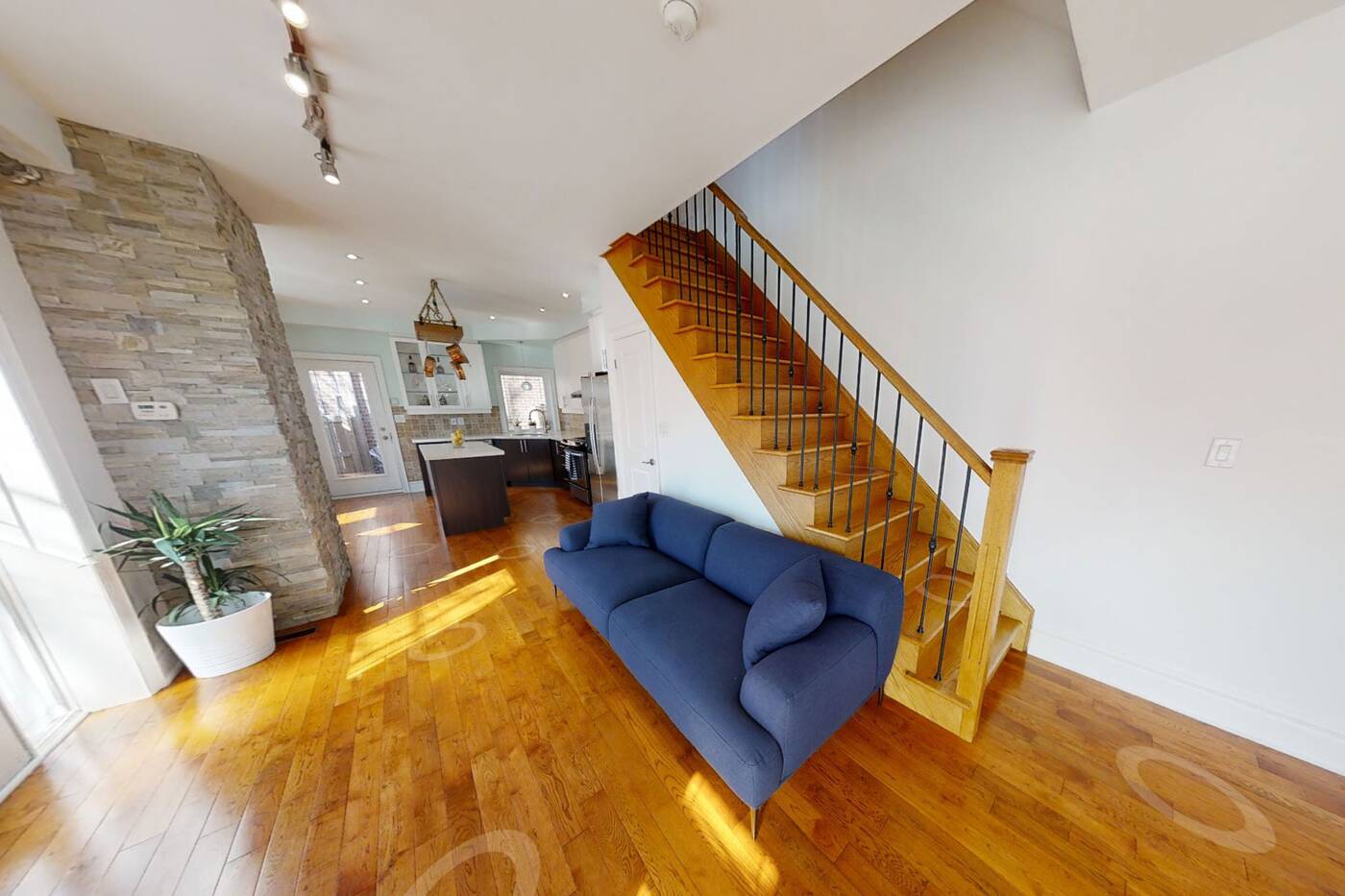 Virtual tours have no replaced in-person home showings as sellers struggle to flip their properties during COVID-19. Photo via iVRTours INC

The house for sale — an historic building with a storeyed past as a hotel established in 1887, followed by the gay bar Toolbox — is now up for sale for $1,399,000. Loskutov says that, under different circumstances, the asking price could easily have been around $1.6 million.

The listing is now up on Realtor.ca, but now the family and their real estate agent are faced with an unprecedented issue: house showings.

While the Ontario government's new list of essential businesses does include real estate agent services, the Ontario Real Estate Association says that its agents should definitely not be conducting business as usual.

"The Government gave the “essential” label to real estate to permit transactions to close – NOT to allow our Members to carry on with normal business practices during a crisis," said OREA president Sean Morrison in an e-mail to all of OREA's members.

Despite this, Loskutov says he's hoping to get some showings, even renting a cottage up north for his wife and kids this weekend in case visitors do plan on breaking social distancing rules to check out the house.

If no one ends up biting, the family will have to sit on 112A Morse St. for another 14 months — something that Loskutov says is feasible, considering both he and his wife, a project manager, are still employed.

At this point, it's hard to tell: Virtual tours just aren't going to cut it, he says, especially since the photos don't do justice to the home's history, and definitely won't replace the feel of the space.

Plus the fact that one of Leslieville's main draws, its family appeal, loses some credance when all nearby parks have closed due to COVID-19.

"Right now we’re struggling to get a showing because people don't want to leave the house, and I don't blame them," he says. "But we're realizing that no one is going to spend seven figures on a house they can't see in person."