Mississauga is preparing for construction to start on a massive community development that will include tons of green space along the waterfront just west of Toronto. 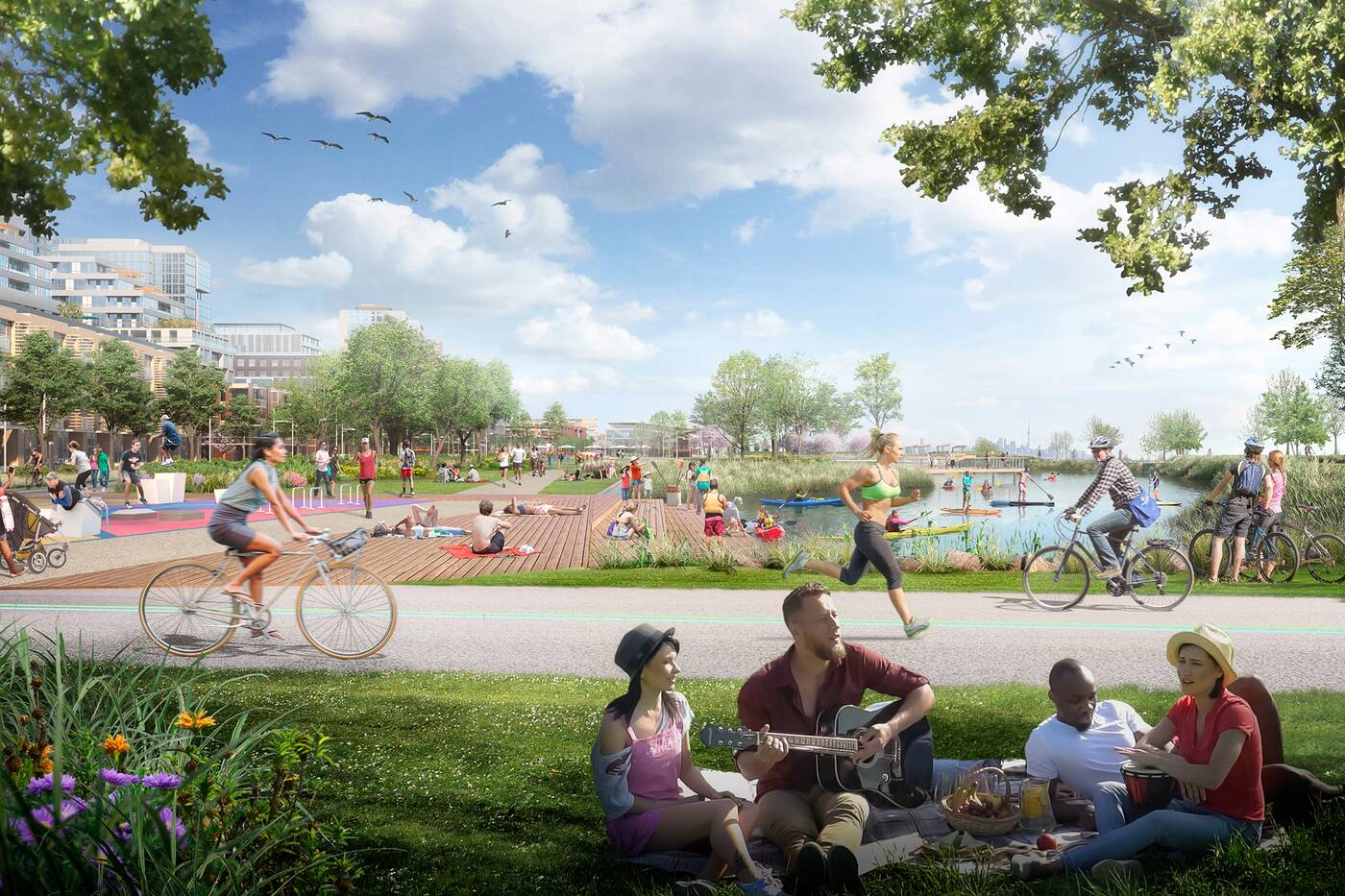 Dubbed "Lakeview Village," the project will provide approximately 8,000 units for 20,000 residents by the time it's complete, along with 200,000 square feet of retail space and a whopping 1.8 million square feet for offices.

There is also a plan for schools and cultural spaces on-site — with about 10-12 acres available to them — as well as a large expanse of lakefront parks and boardwalks. 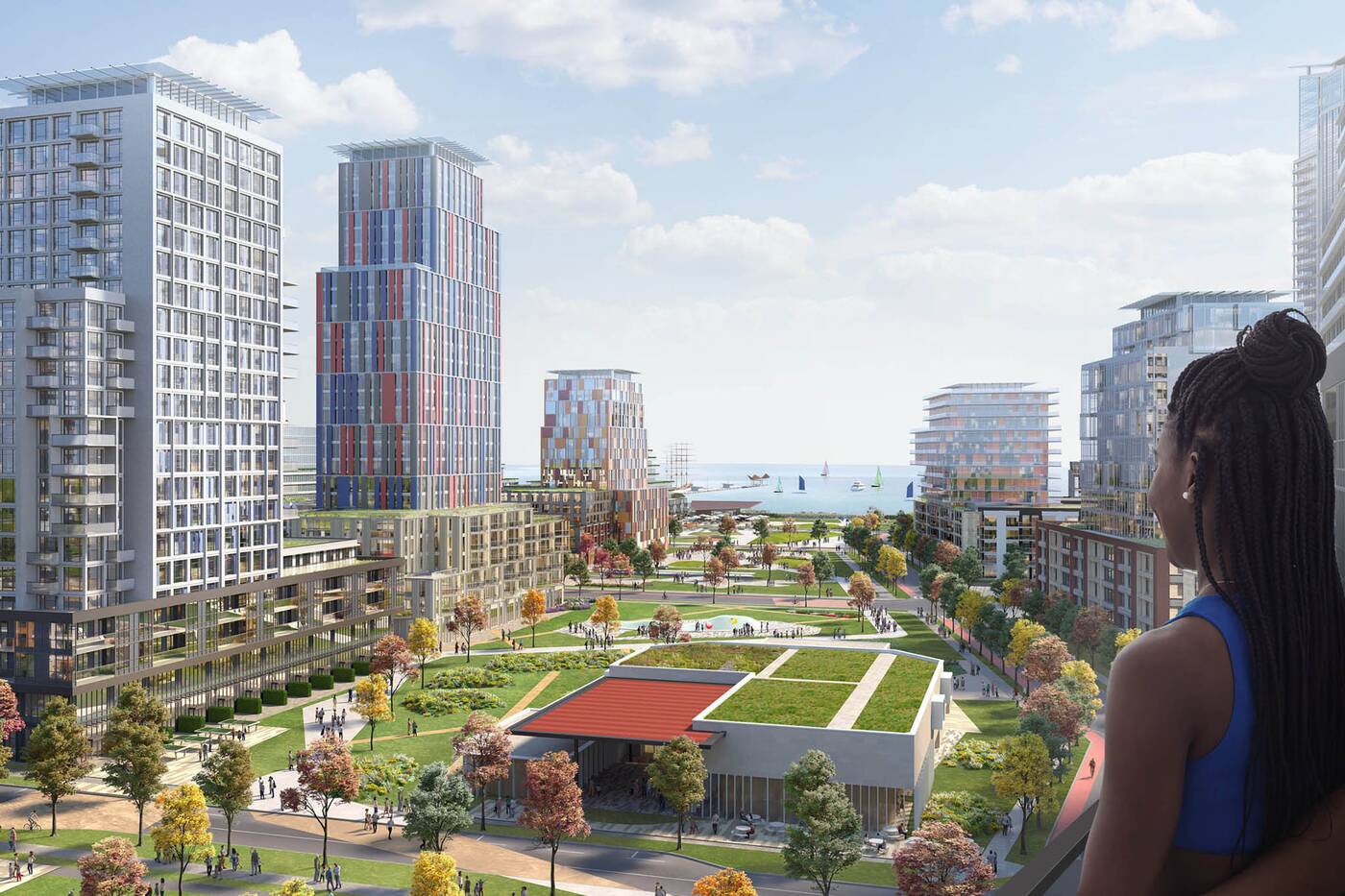 A walking trail will meander down from the north of the community, through what will be called Ogden Park.

A bit further south, Waterway Common will provide ample greenery between Lakeview's mid and highrise buildings — as well as a view of Lake Ontario — and will lead to a large flexible-use lawn. 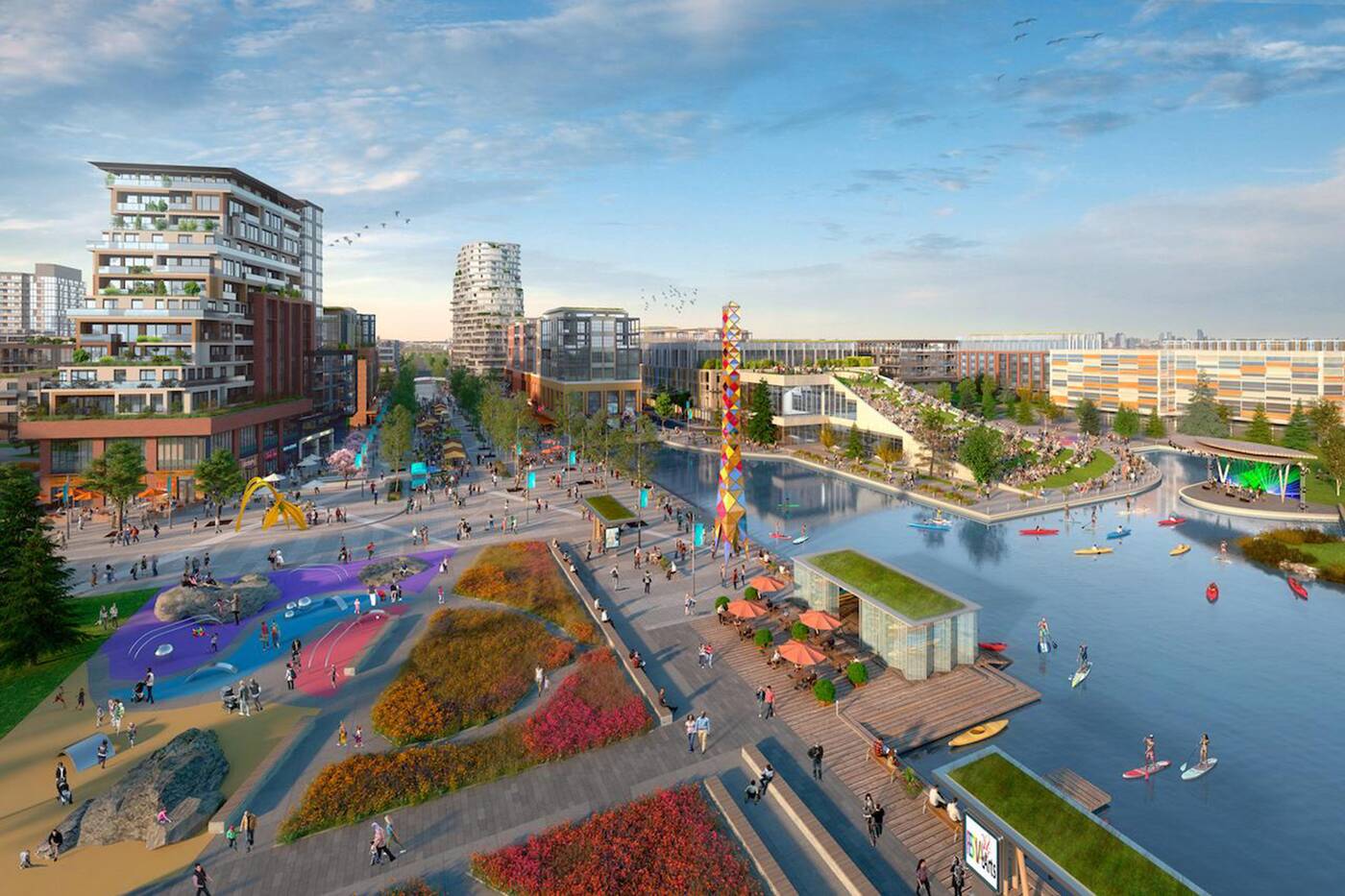 The beachfront area will include a waterfront trail, kayak and canoe docks, a marina, and cultural and events spaces, according to recent plans. 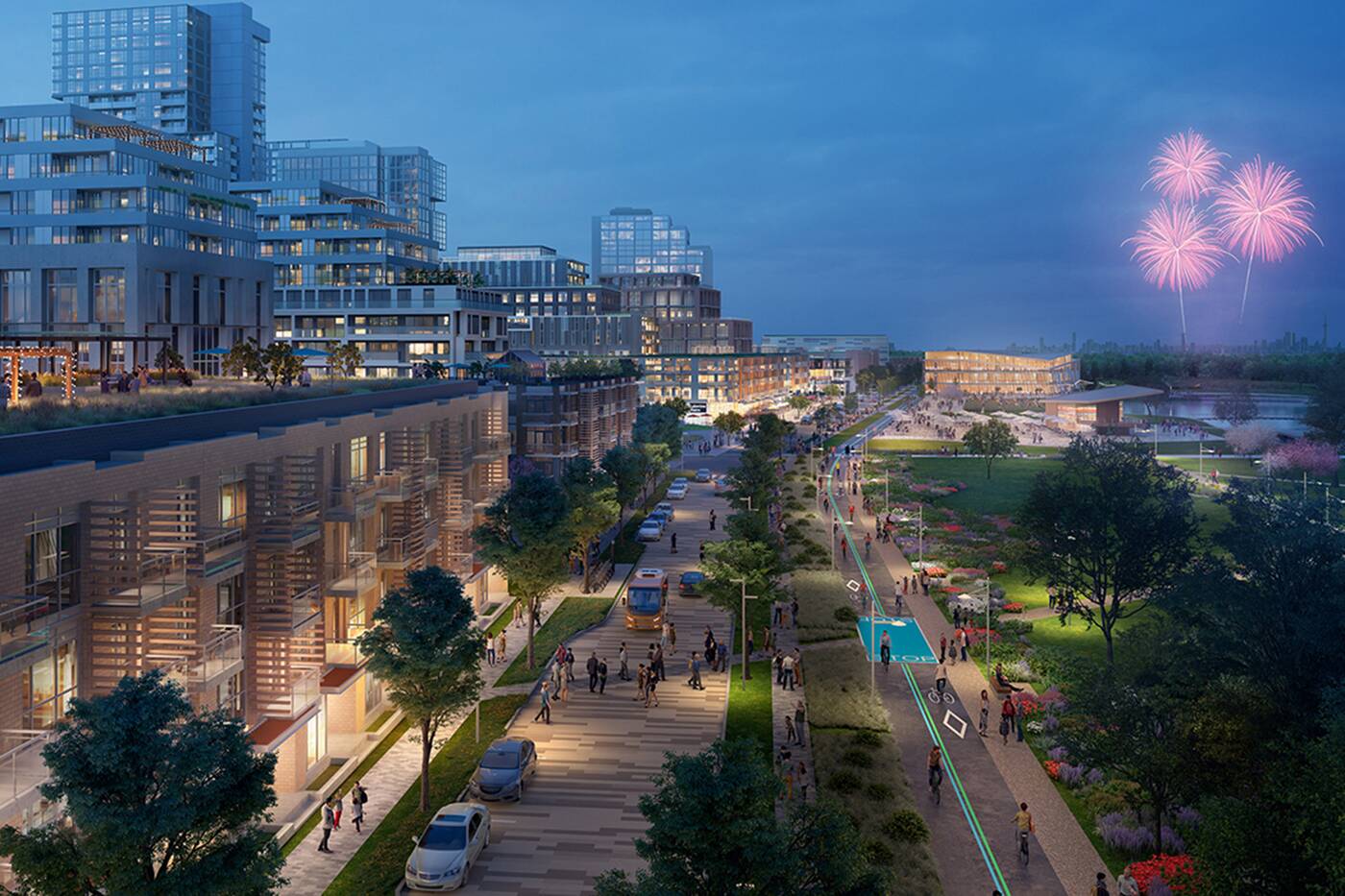 A slew of developers and architects are on-board for the large-scale endeavour, including local players Greenpark Group, TACC Construction and CCI Development Group, among others. 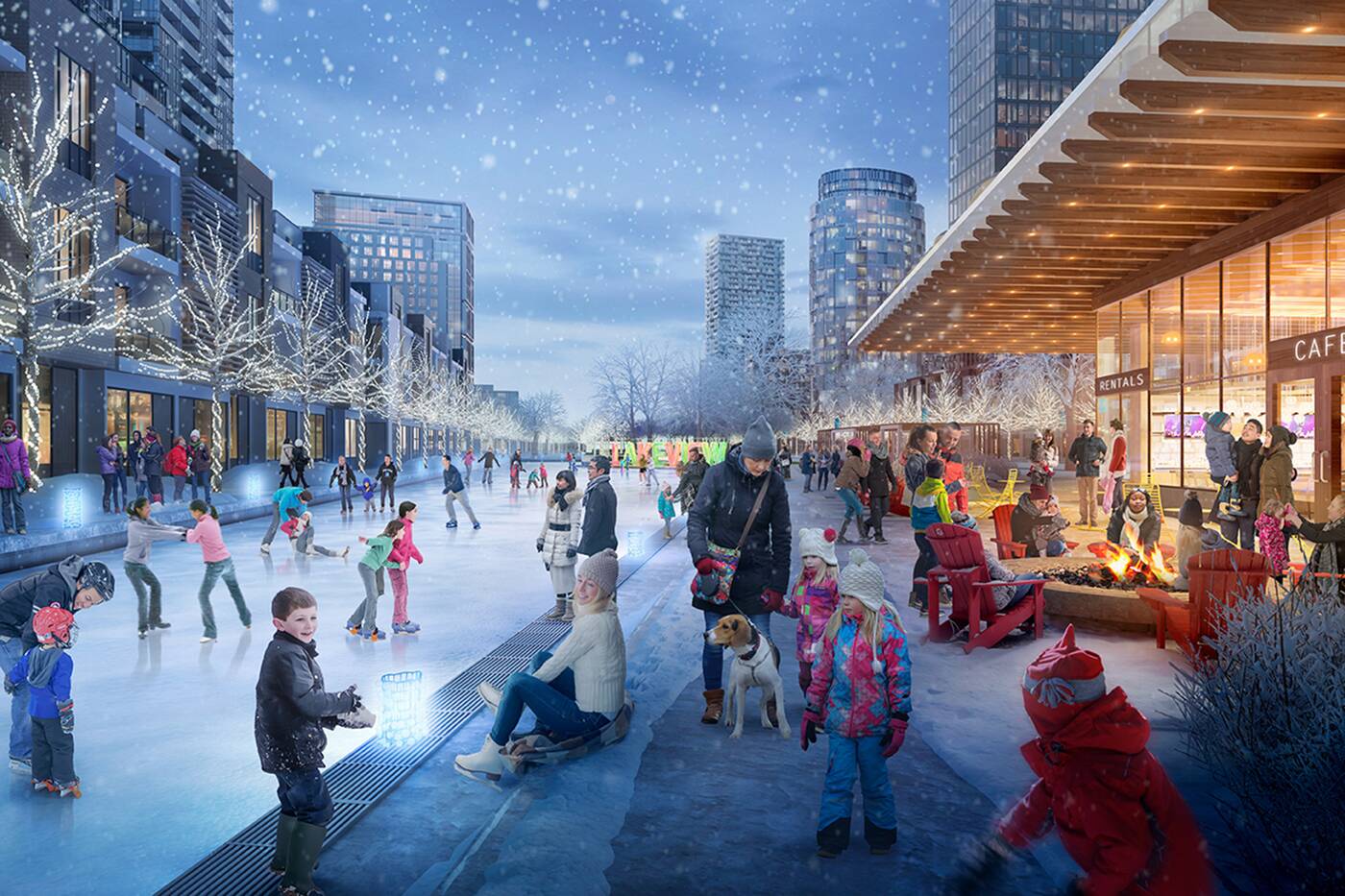 There is not yet a tentative completion date for the neighbourhood, which is slated for the site of a decommissioned coal power plant at 1300 Lakeshore Rd E and will sit within a few kilometres of both Port Credit and Long Branch transit stations.