Being "self-partnered" on Valentine's Day is great, as far as saving money goes... but that's about where the financial advantages of being single in a city like Toronto end.

A new report from the real estate analysis and brokerage firm Zoocasa breaks down how much it would cost the average person to buy a condo unit on their own across 15 regions in Canada.

Needless to say, Toronto is one of the more difficult markets in which to buy a home solo.

"For Canadians trying to break into the real estate market, two incomes tend to be better than one," reads the Zoocasa report, released on Wednesday.

"Combining financial forces with a partner can make all the difference in our nation's priciest cities, as lenders tend to look more favourably on borrowers with dual incomes and stronger combined credit."

Despite this, more people than ever are living on their own.

"According to Statistics Canada, single-person households have become the most common type in Canada for the first time in our nation's history," writes Zoocasa, noting that some 50 per cent of these solo-dwellers own their places (up from 32 per cent of singles who owned in the 1980s.)

The idea of owning something on one's own is attractive for many reasons, says Zoocasa (a less messy breakup situation, for starters),  but it's not exactly possible for everybody. Far from it.

In Toronto, it would take one average person the equivalent of 10.5 months' salary (like, 100 per cent of your pay) just to afford a down payment on an apartment.

The number drops, of course, in less expensive markets, like Edmonton, where 2.6 months worth of earnings could be enough for the average worker to make a down payment.

In an effort to find out where singles would get the most bang for their buck on the real estate market, Zoocasa crunched the minimum apartment down payment numbers against after-tax single-household median incomes in 15 regions across Canada.

Singles who are dead set on buying but don't particularly care about which city they live in should look to the prairies, according to the firm's calculations, as opposed to Toronto or Vancouver. 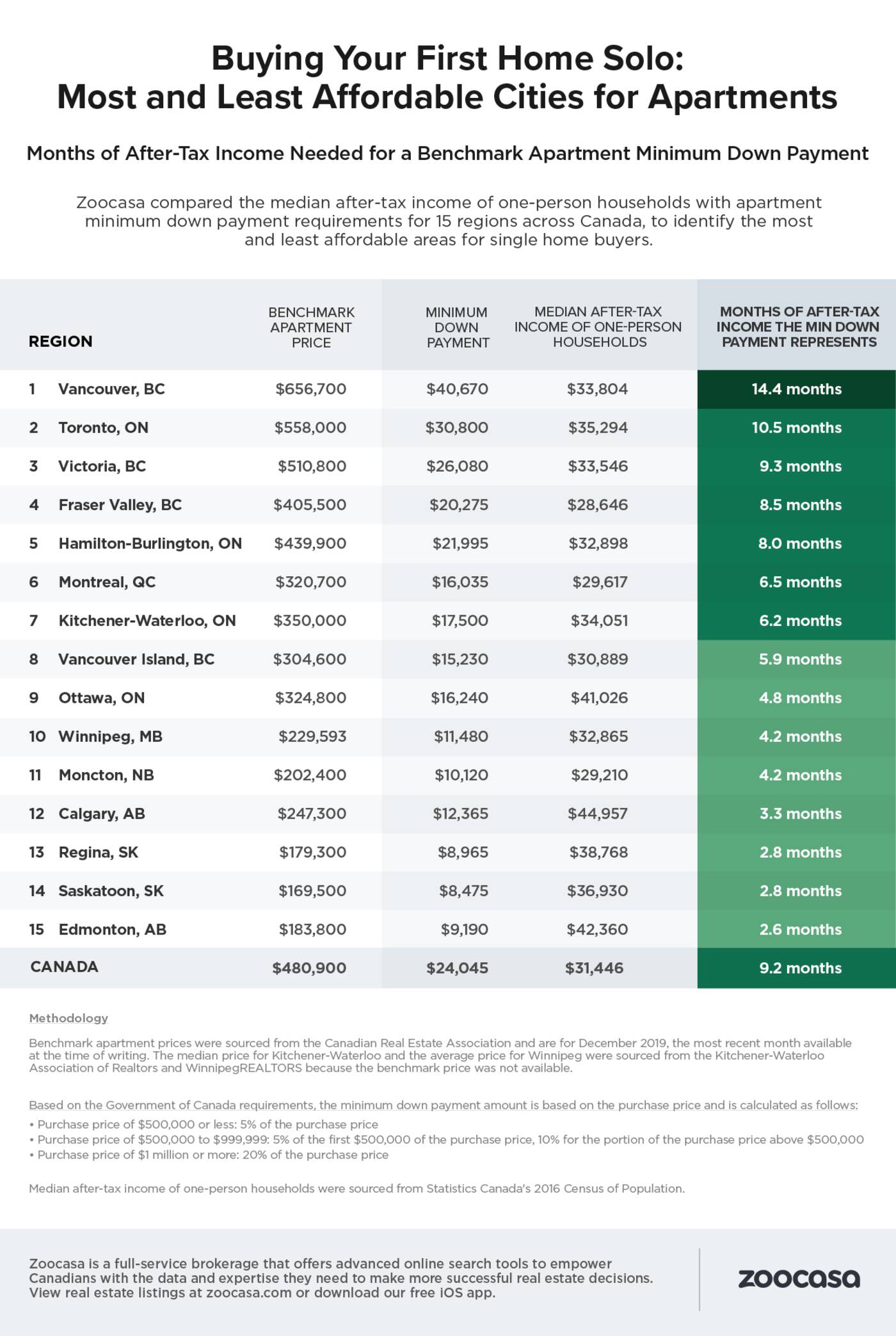