Renderings of Toronto's first W Hotel, which is opening this June following years of rumours and speculation, have been released, and it looks like the building is set to be cooler than almost any other hotel in the city. 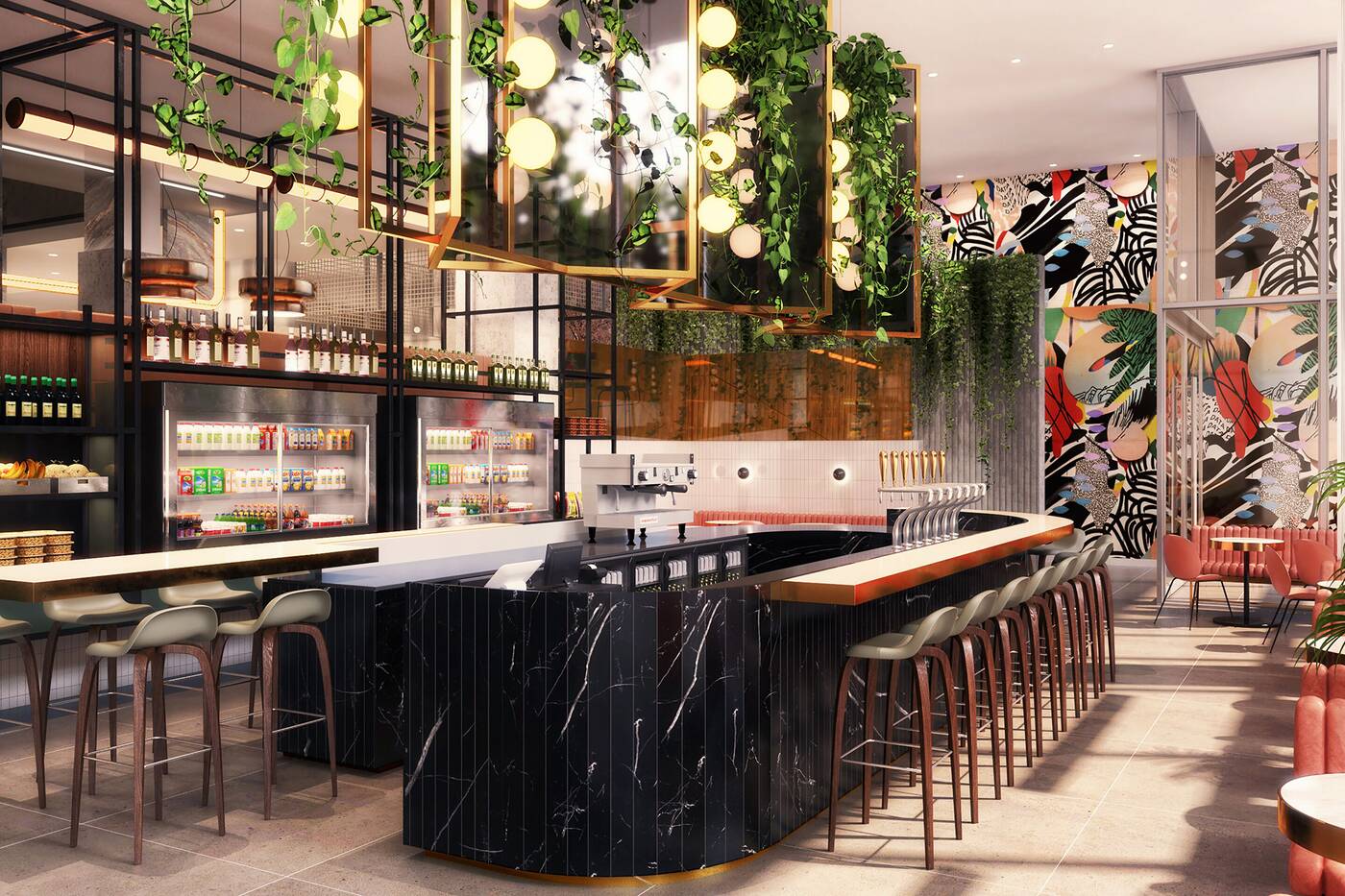 The cafe at the forthcoming W Hotel Toronto. Photo by Marriott.

The luxury chain owned by Marriott markets itself toward a younger "modern jet set" crowd, with unique features like in-house music production studios, fitness and wellness programming and auxiliary events like an LGBTQ+ speaker series and a music festival. 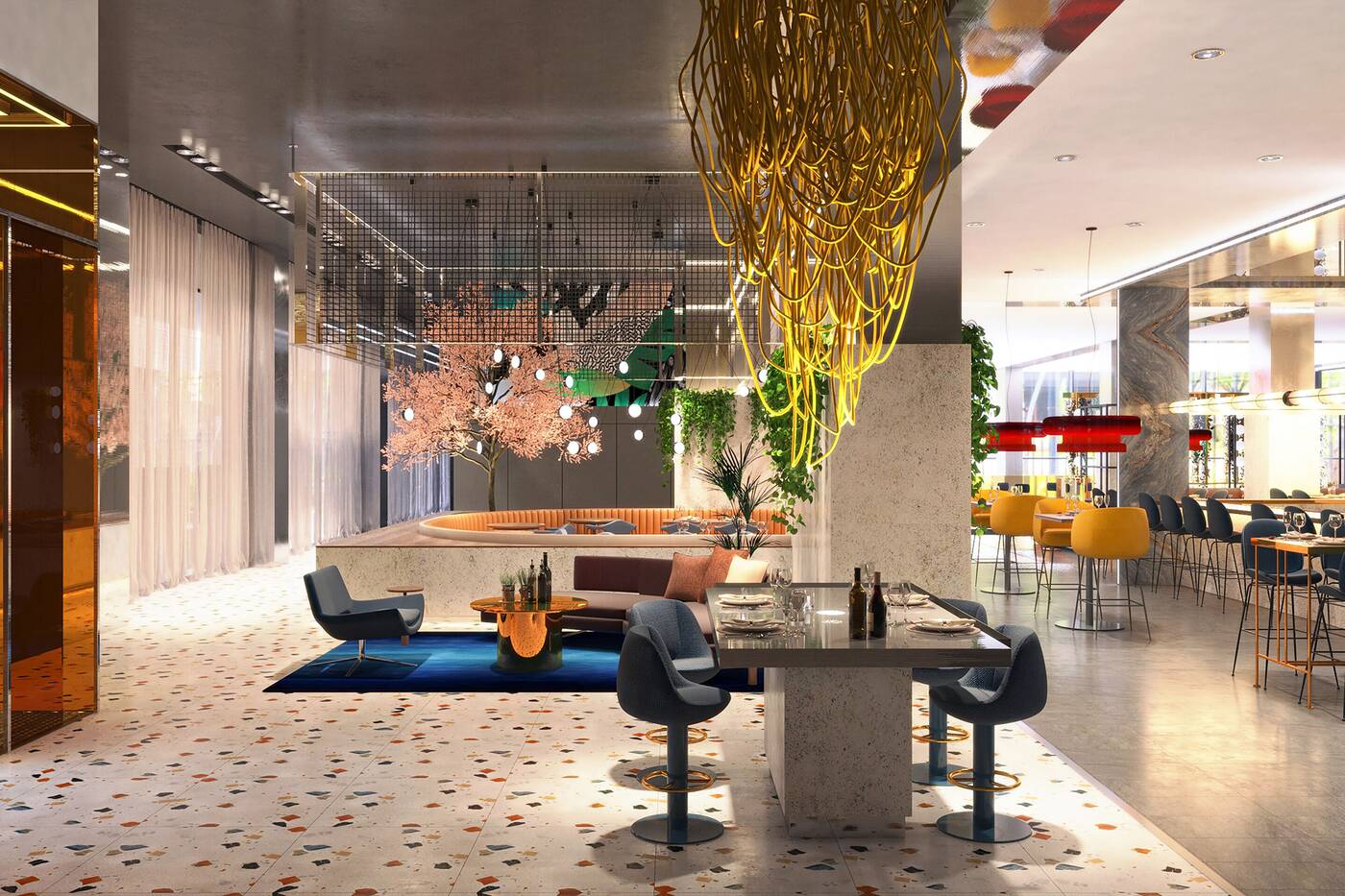 Part of the "living room"  bar and lounge space at W Hotel Toronto. Photo by Marriott.

W Toronto will take over the Marriott at Bloor and Church, but won't look anything like its predecessor after its $40 million, year-long revamp.

It will be sumptuous yet somewhat modest at less than ten floors and 254 rooms, and will feature live DJs and other on-site events. 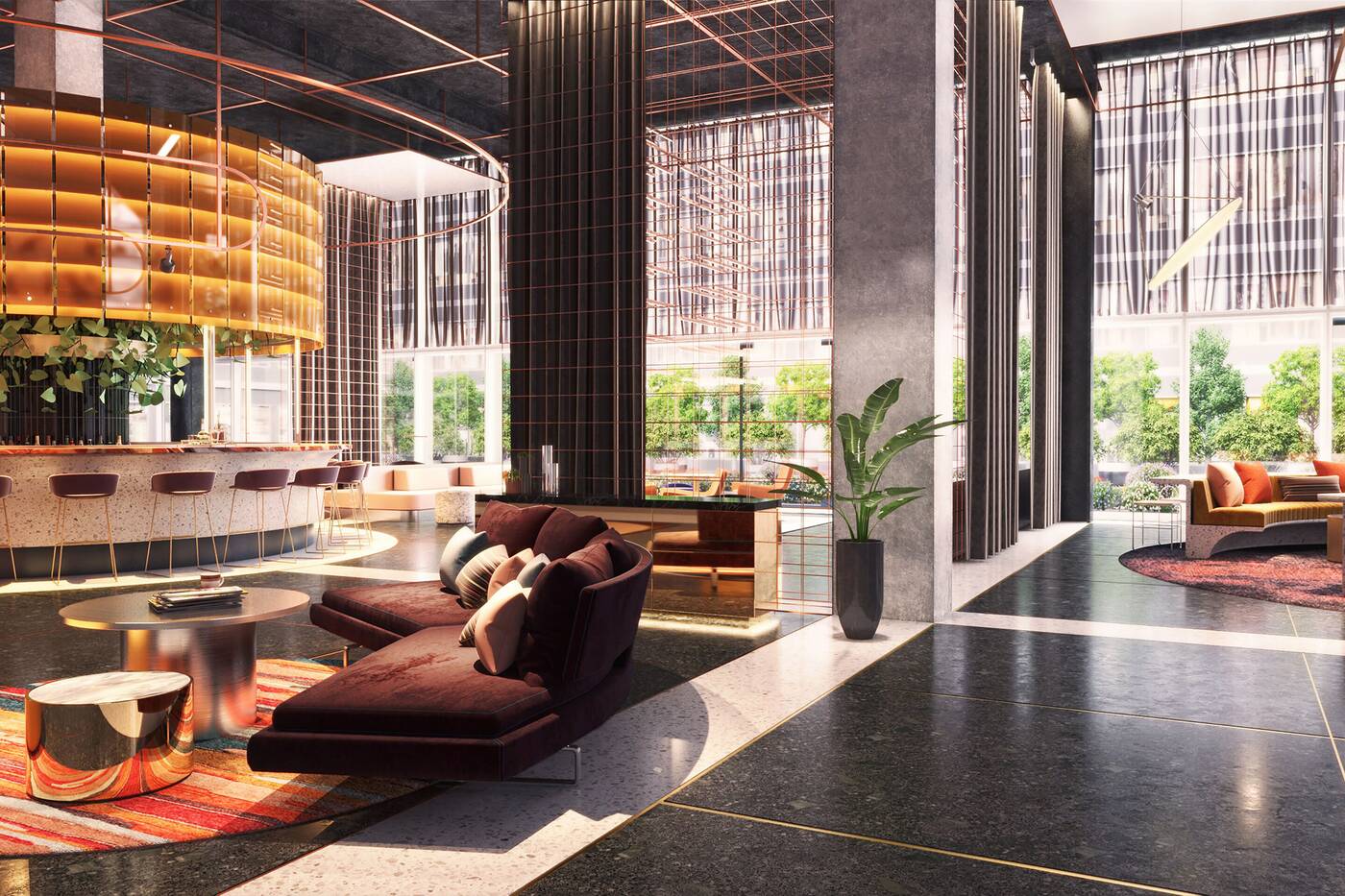 The interior design is slated to be striking and modern, with lots of greenery as well as bold colours and patterns amid sleek finishes.

The complex will be complete with a rooftop Mediterranean-style restaurant, a cafe, 3,300 square feet of fitness facilities and nearly 6,000 square feet of rentable events space across eight meeting rooms. 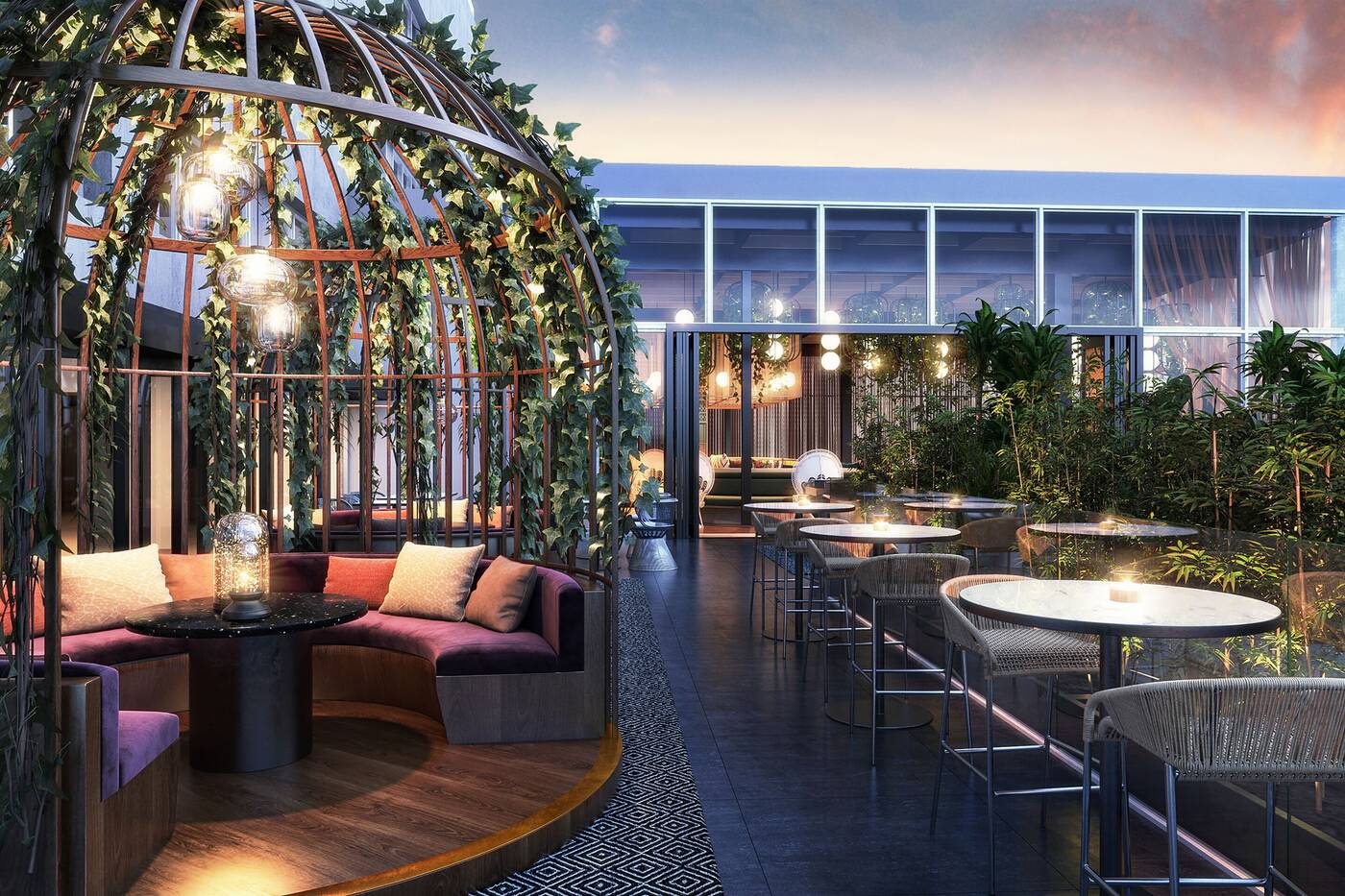 It will reside just east of Yonge on Bloor next to the Hudson's Bay, a couple blocks away from countless bougie shopping and dining options.

Like its locations in Barcelona, London and Prague, don't expect a staycation at the W to be cheap by any means — a night at the Montreal hotel starts at over $450, or upwards of $1250 for the "Extreme WOW" suite.