Toronto is in the midst of a real estate rebound unlike anything we've seen since... well, since that roughly two-year-long slump brought on by government cooling measures in 2017.

It's no secret that home sales are up, but with supply levels remaining at historic lows, so too are home prices — and by quite a bit.

A new report from the real estate brokerage and anaylsis firm Zoocasa states that 87,825 homes were sold through MLS across the GTA in 2019, representing a 12.6 per cent year-over-year increase.

Average sold prices in the city of Toronto, specifically, went up 5.6 per cent from January to December of 2019, according to Zoocasa, landing at $883,520 when averaged out across the year.

"However, home price jumps were even more significant across median home prices — the mid-point of the market most likely to impact middle-income buyers," notes the firm.

"A common narrative in Canada's hottest markets is that home price growth has steadily outpaced that of local incomes," the report continues. "With this in mind, how do 2019's median price gains in the GTA stack up as a percentage of after-tax household incomes?"

It's an interesting question, as were Zoocasa's findings.

In fact, median home price gains were found to be "nearly equivalent to an entire year of after-tax income" for the average Torontonian.

You can see how the "home price gain as a percentage of after tax income" equation panned out by region in the chart below, or via the firm's website, but Toronto residents should be forewarned: It's way, way worse here than it is in other parts of the GTA.

Home prices only went up by about $3,000 in Stoufville, for example, where the average median after-tax income is said to be $87,652.

It's enough to make a downtown-dwelling millenial renter sick... but not quite enough to even consider moving to Stoufville. 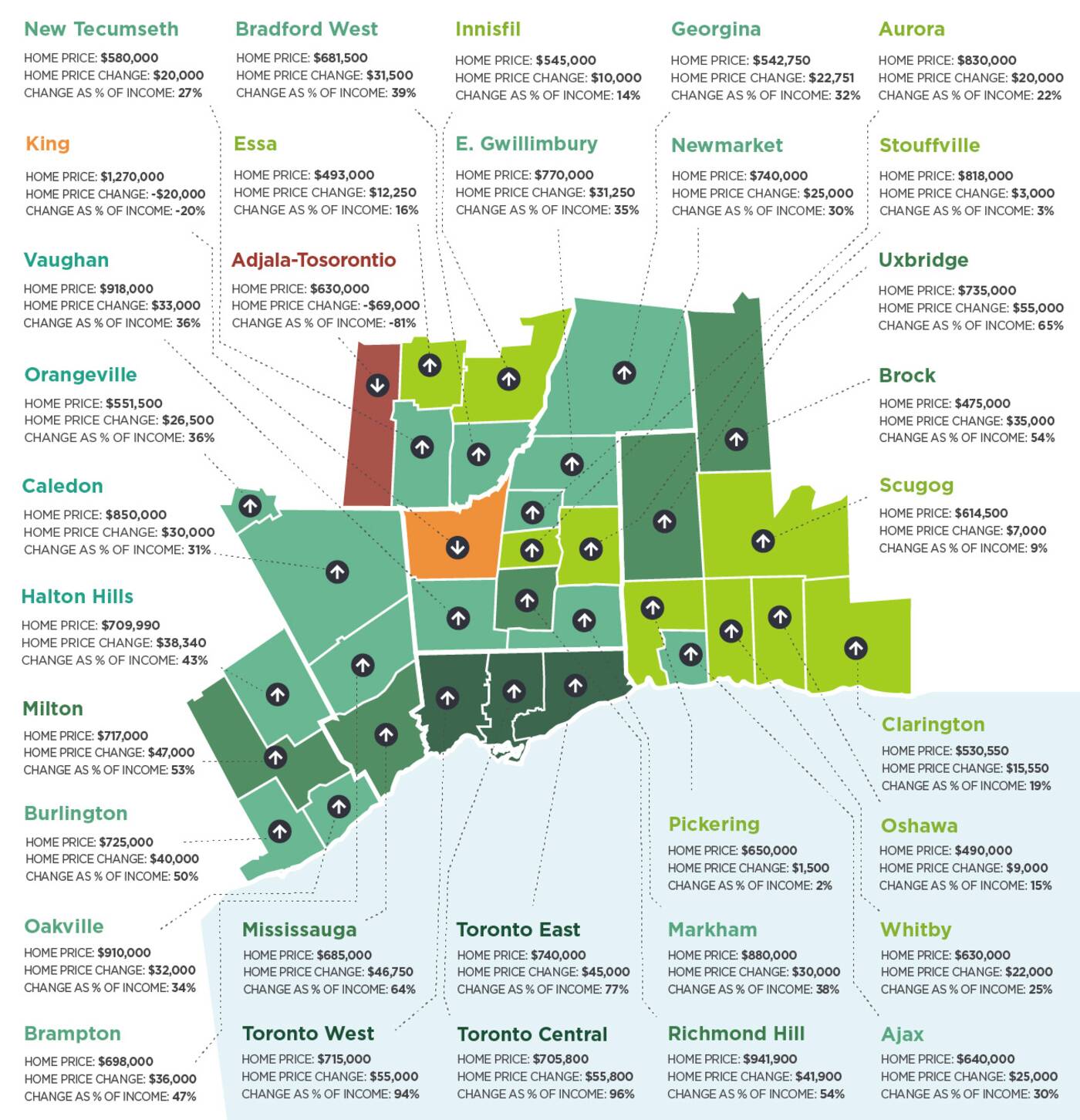