Toronto is getting a gold skyscraper that's 79 storeys high

A new plan to redevelop the building located at 80 Bloor St. West as well as the property to the west of it has been submitted to the City of Toronto, and it looks like something straight out of the future.

The 79-storey tower is designed by Giannone Petricone Associates, and they're currently seeking an Official Plan Amendment from the City, according to Urban Toronto. 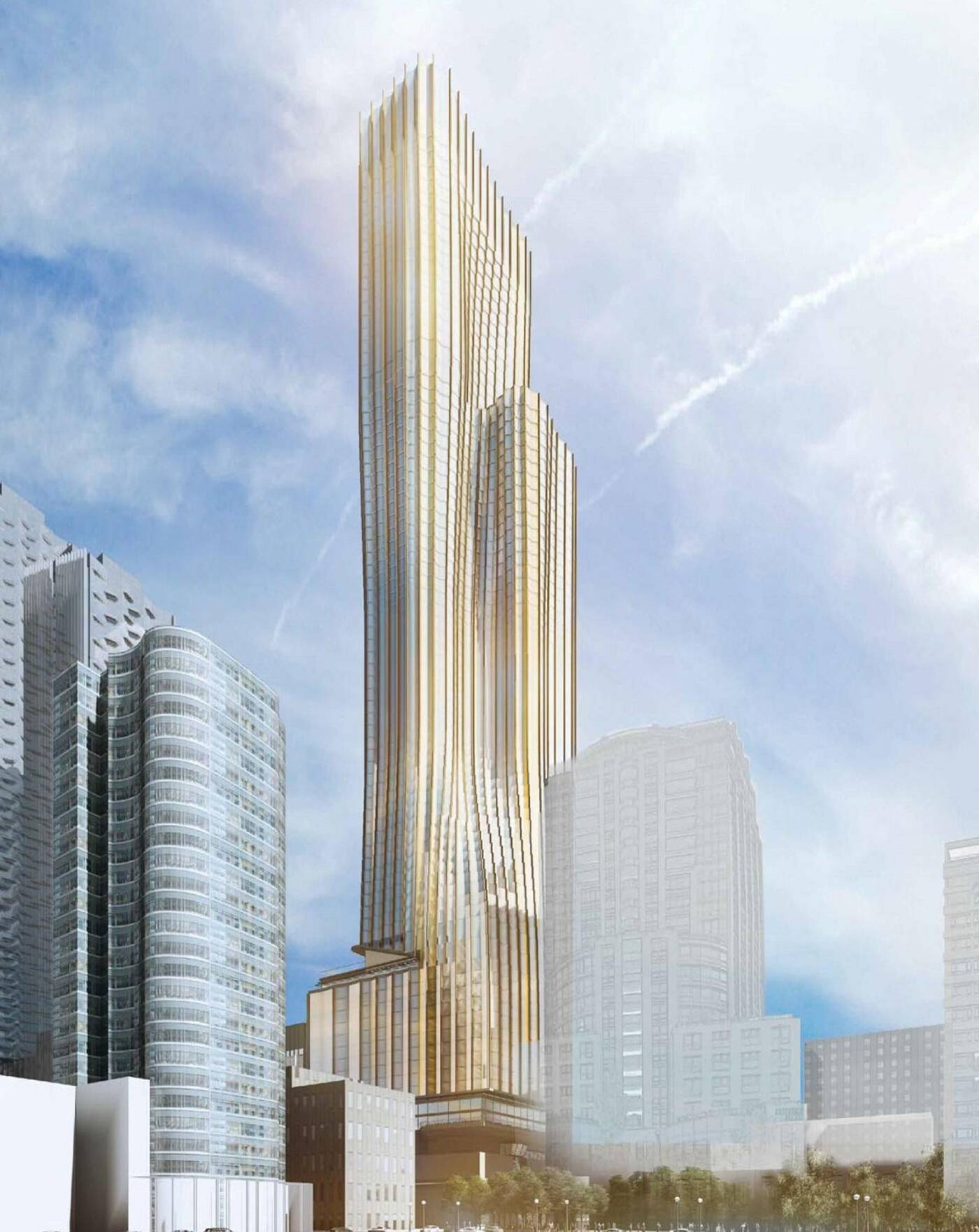 Renderings of the proposed tower show a curved, golden building with what looks like a tapered waist midway up. 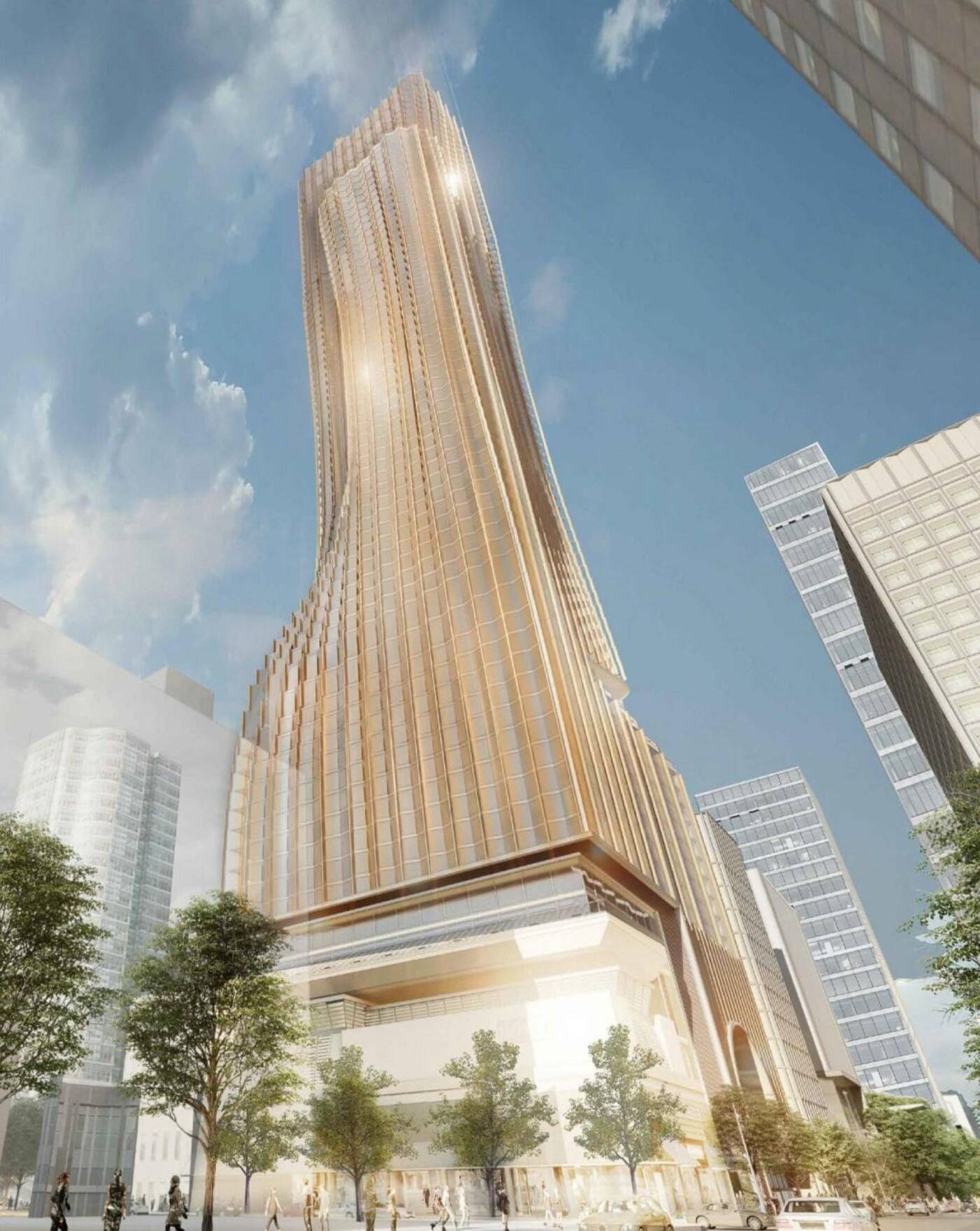 The tower would be a mixed-use building, with 93.7 per cent of it used for residential units amounting to a total of 1,430 new condos.

The remaining 6.3 per cent of the building would be used for retail space on the ground floor, second floor, and one level below ground. 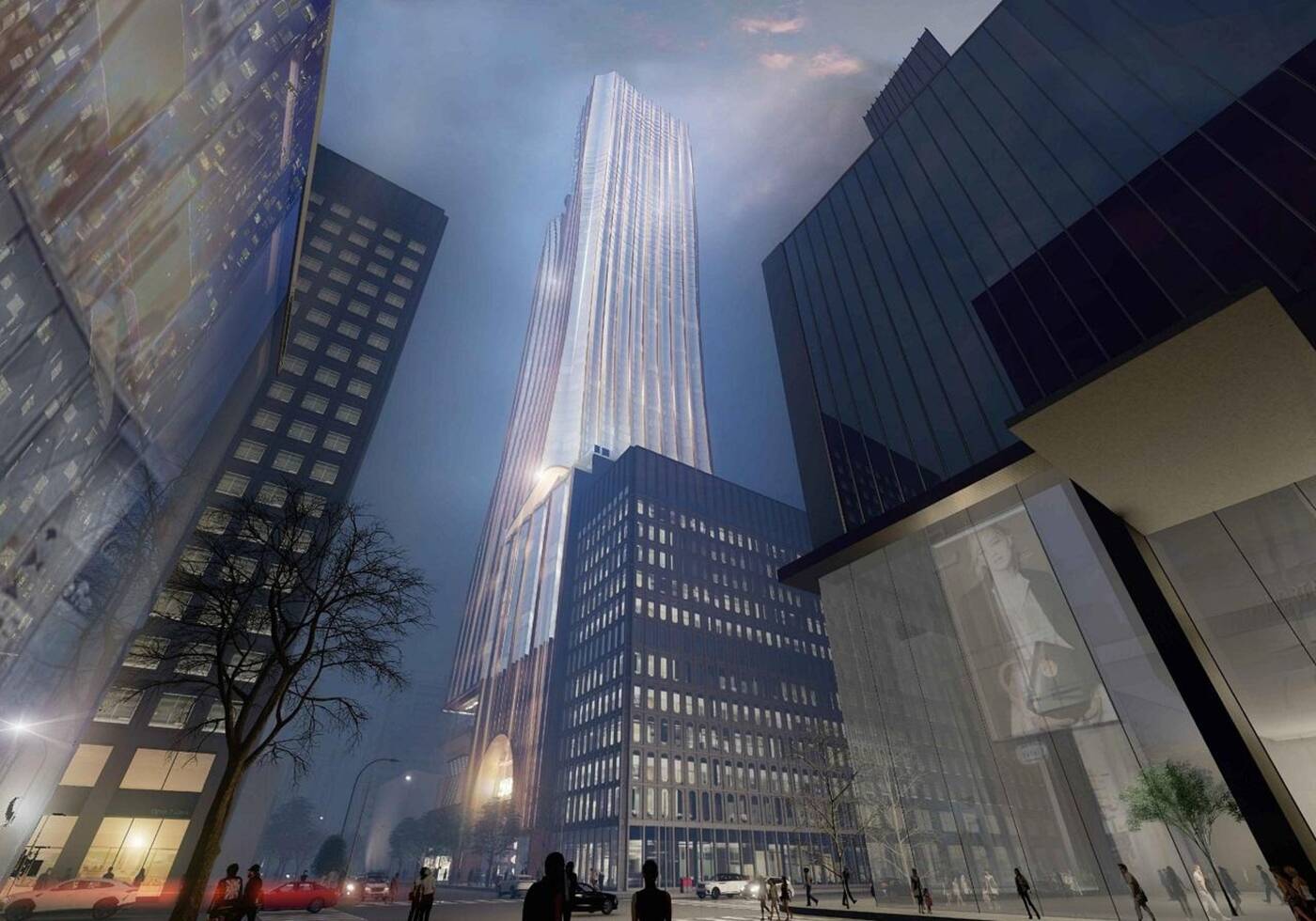 According to Urban Toronto, the proposal describes a building that stands 266.50 metres tall — which would make it the fifth tallest building in Toronto if it was built today.

The property west of 80 Bloor St. West is currently home to the Harry Rosen flagship store and head office, and the proposal calls for it to be integrated into the new building. 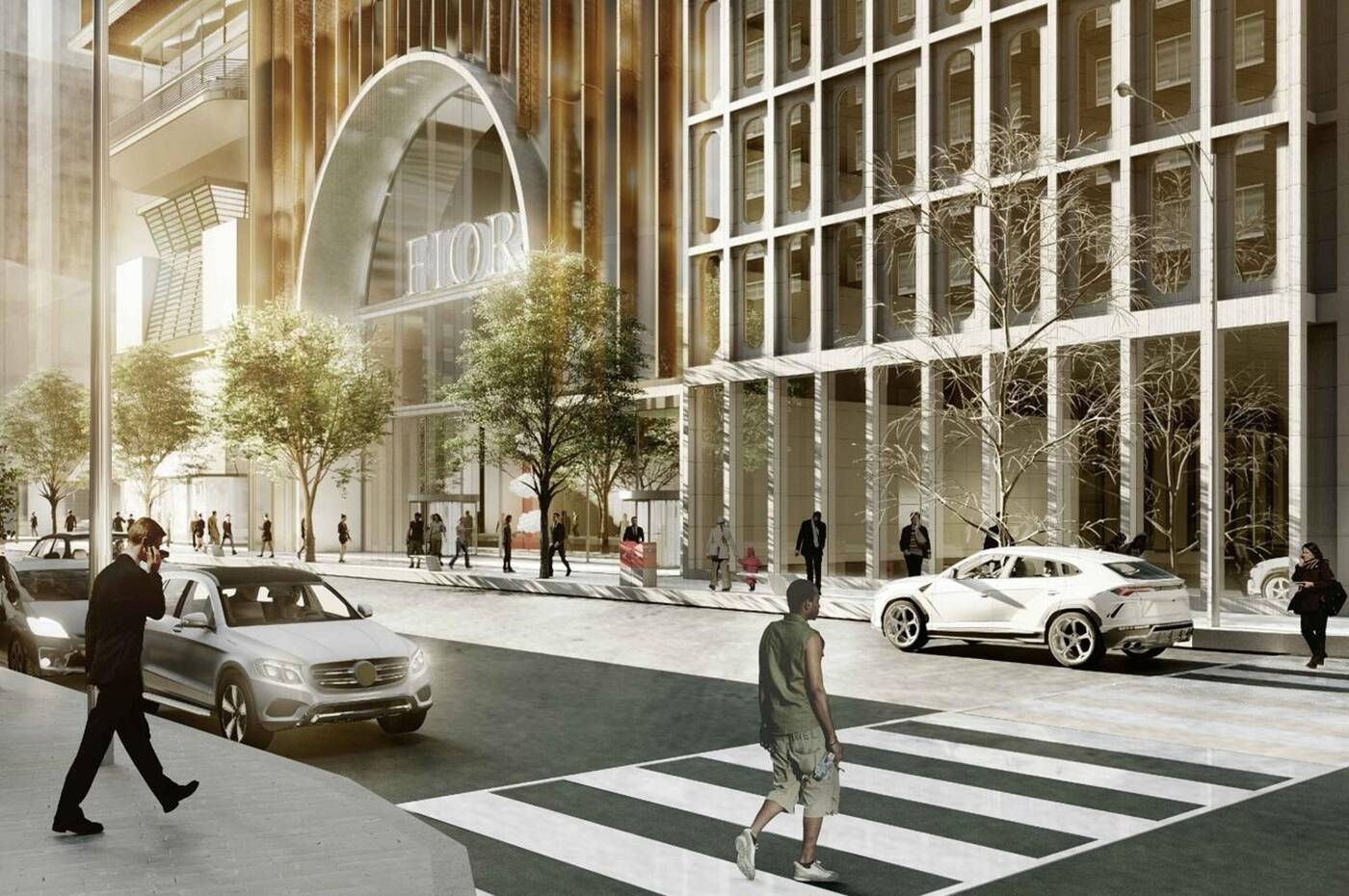 The new tower would connect to Bay subway station and include a small five-level underground parking garage with a total of 172 spaces — 140 for residents and 32 for visitors and retail.

It would also include 500 bicycle parking spaces.

There's no doubt that this sleek, futuristic building would be a gorgeous addition to Toronto's skyline, standing tall and golden in Toronto's downtown core.