Shoppers World, the single-storey shopping centre that's been around since 1969, will soon be demolished as part of a sprawling new neighbourhood that could take up to 30 years to complete. 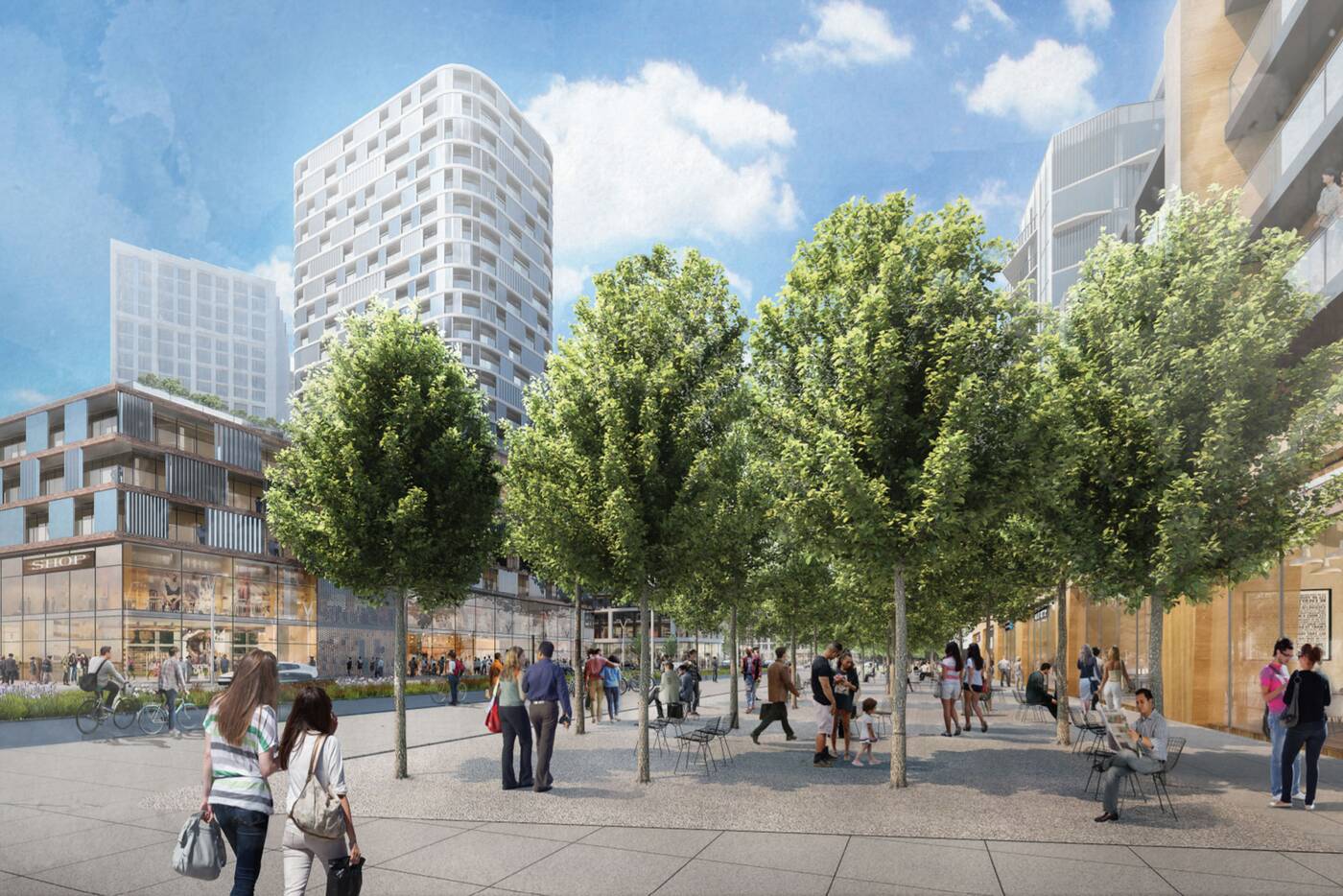 The 50-year-old Shoppers World will be replaced by a RioCan REIT neighbourhood. Photo via City of Brampton Development Applications.

A swath of land stretching more than 4 million square feet is proposed to be redeveloped by RioCan REIT, easily making it one of the largest mall redevelopments in the GTA.

The project will replace the 781,000-square-foot Shoppers World, its 190 stores, parking lot, and its surrounding parking lot with eight new blocks which will house a slew of commercial and residential buildings. 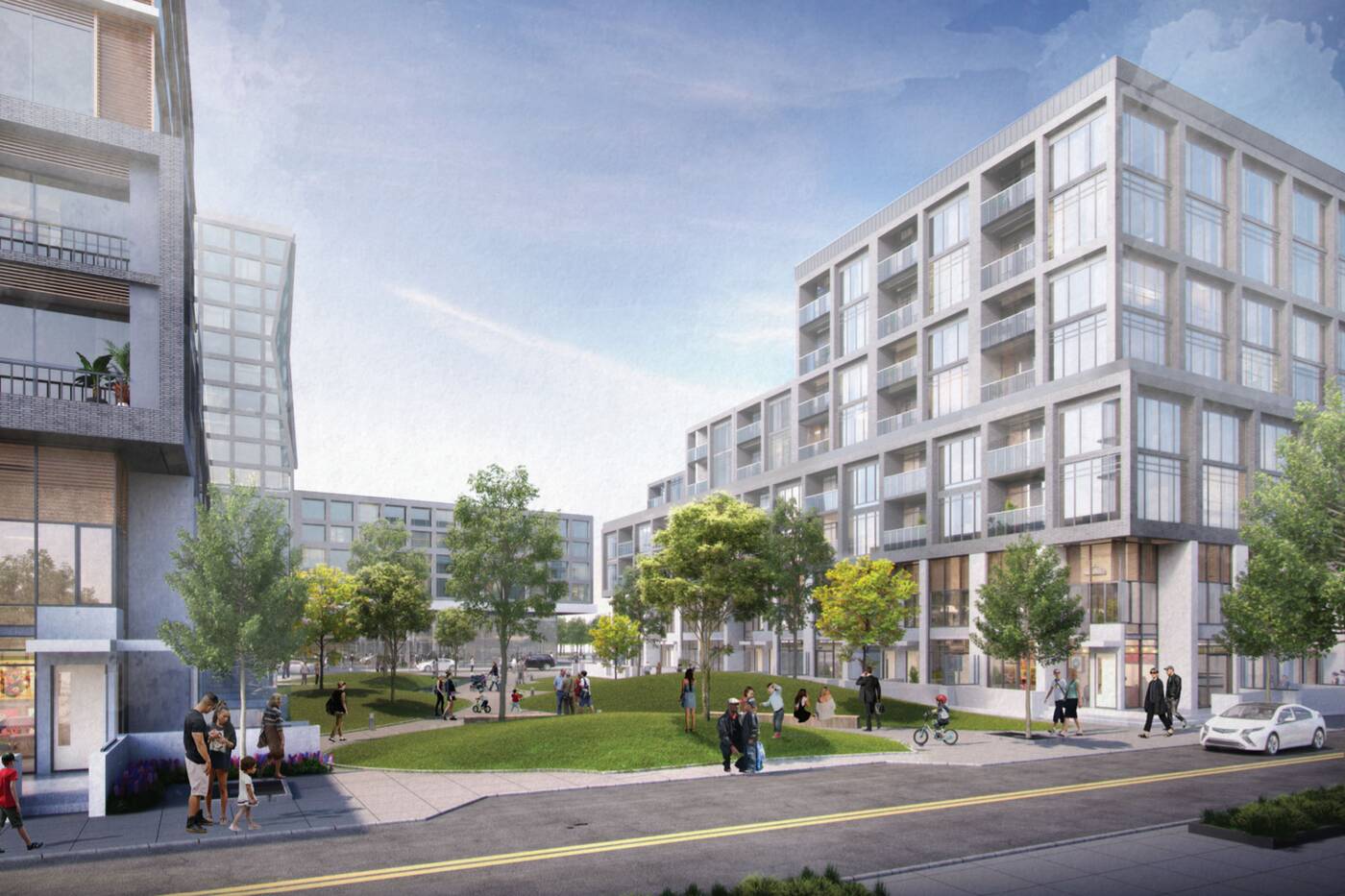 The new neighbourhood will host a slew of new rental apartments and condos. Photo via City of Brampton Development Applications.

In total, an expected 5,000 new rental and condo residential units will be spread across Quadrangle-designed buildings that range from three to 28 storeys, including more than 100 townhomes and one-, two-, and three-bedroom apartments. 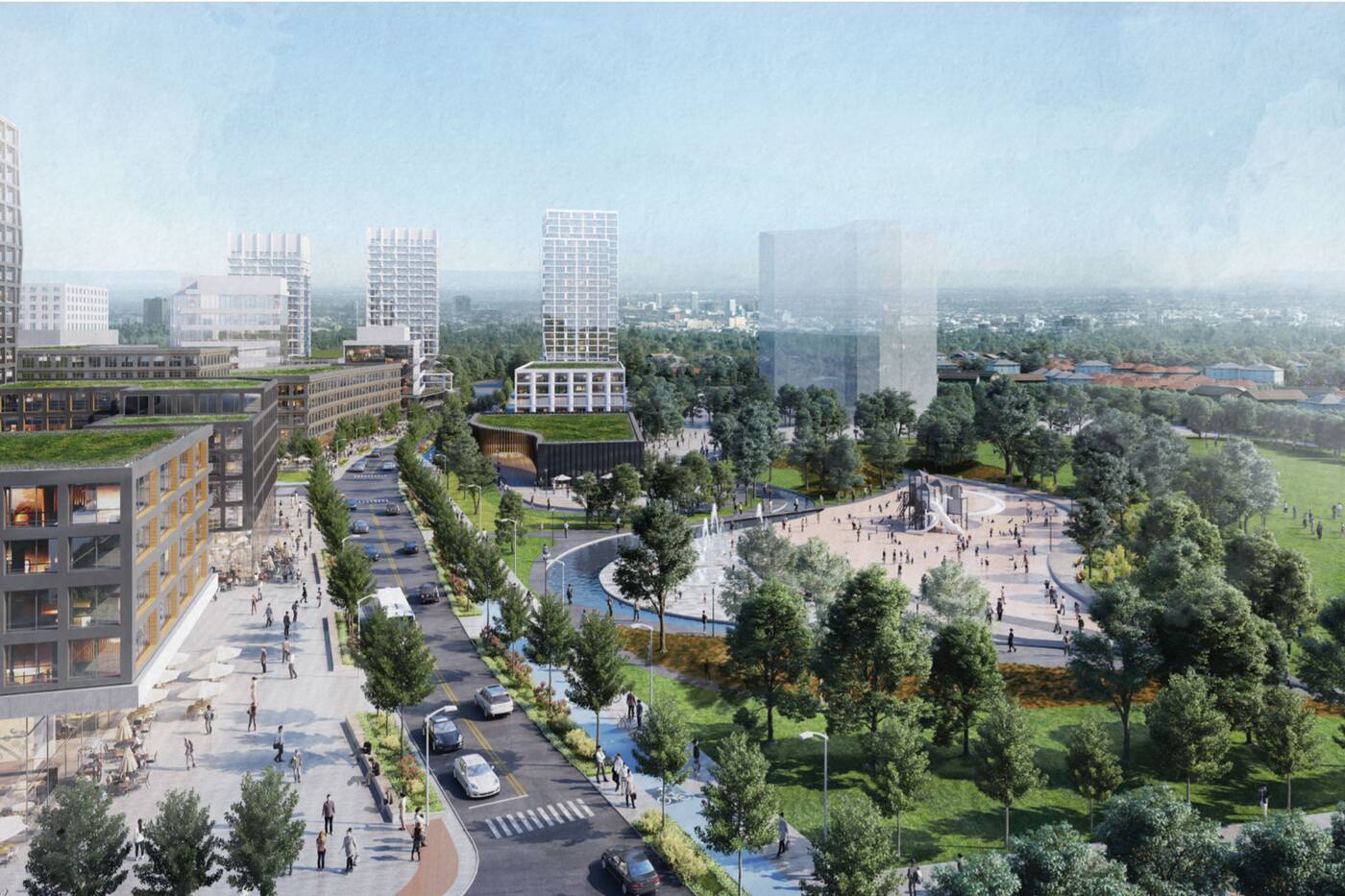 There will be four new streets, plus a new public park. Photo via City of Brampton Development Applications.

Connecting these structures will be four new public streets, which will form a grid that surrounds the area, interspersed with new public plazas that will lead from the Brampton Gateway Transit Terminal to a central square. 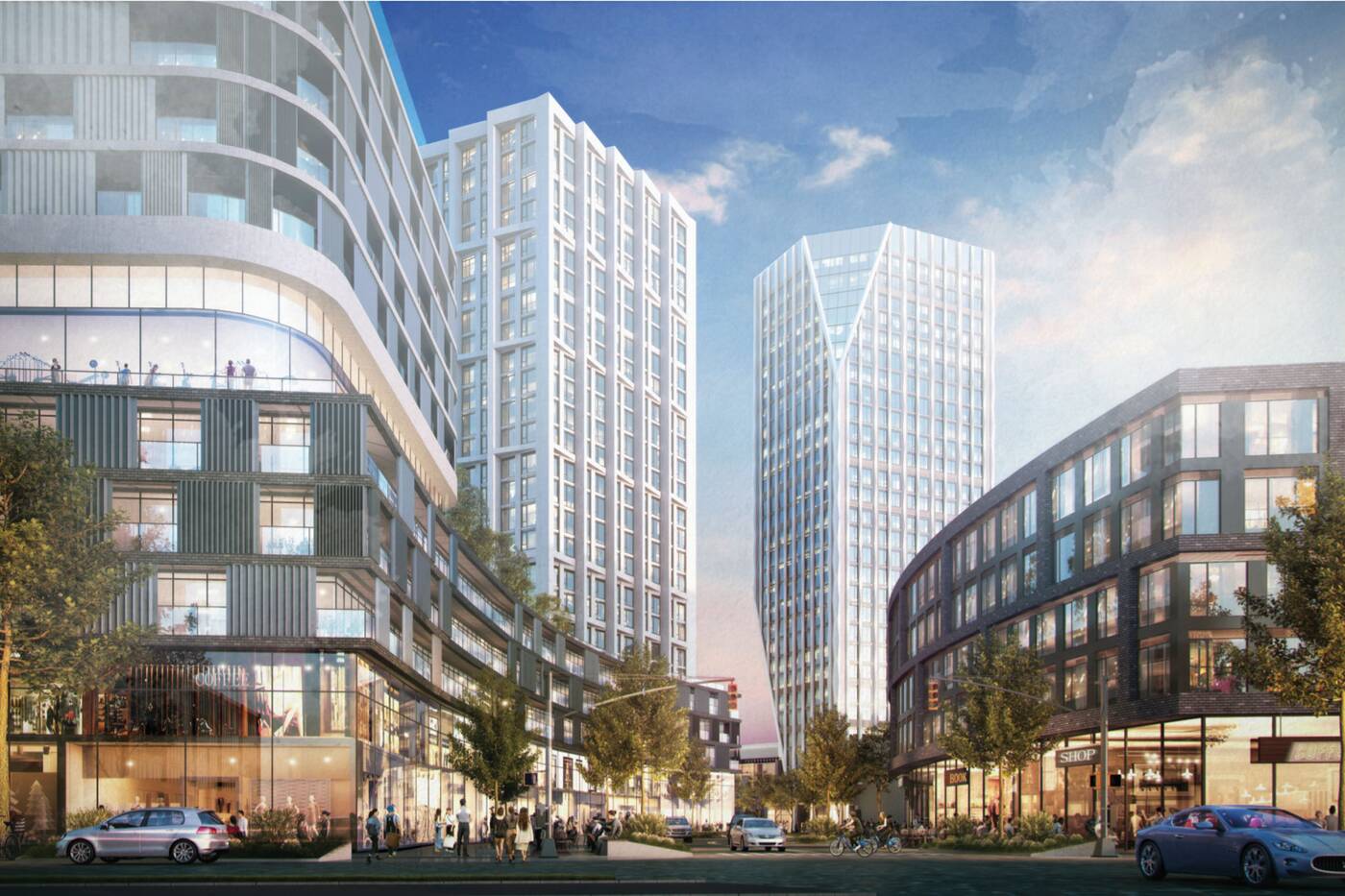 The project may take up to 30 years before it's fully completed. Photo via City of Brampton Development Applications.

The SVN-landscaped properties will also include a variety of green spaces, like a new park encompassing an entire block, new courtyards, landscaping, and an expansion of a pre-existing park on the west side of the property.

It's unclear whether the the leasing agreements of the stores in Shoppers World will involve relocation into the new mixed-use properties when they're finally built, though the Shoppers World on the Danforth doesn't appear to be going anywhere yet. 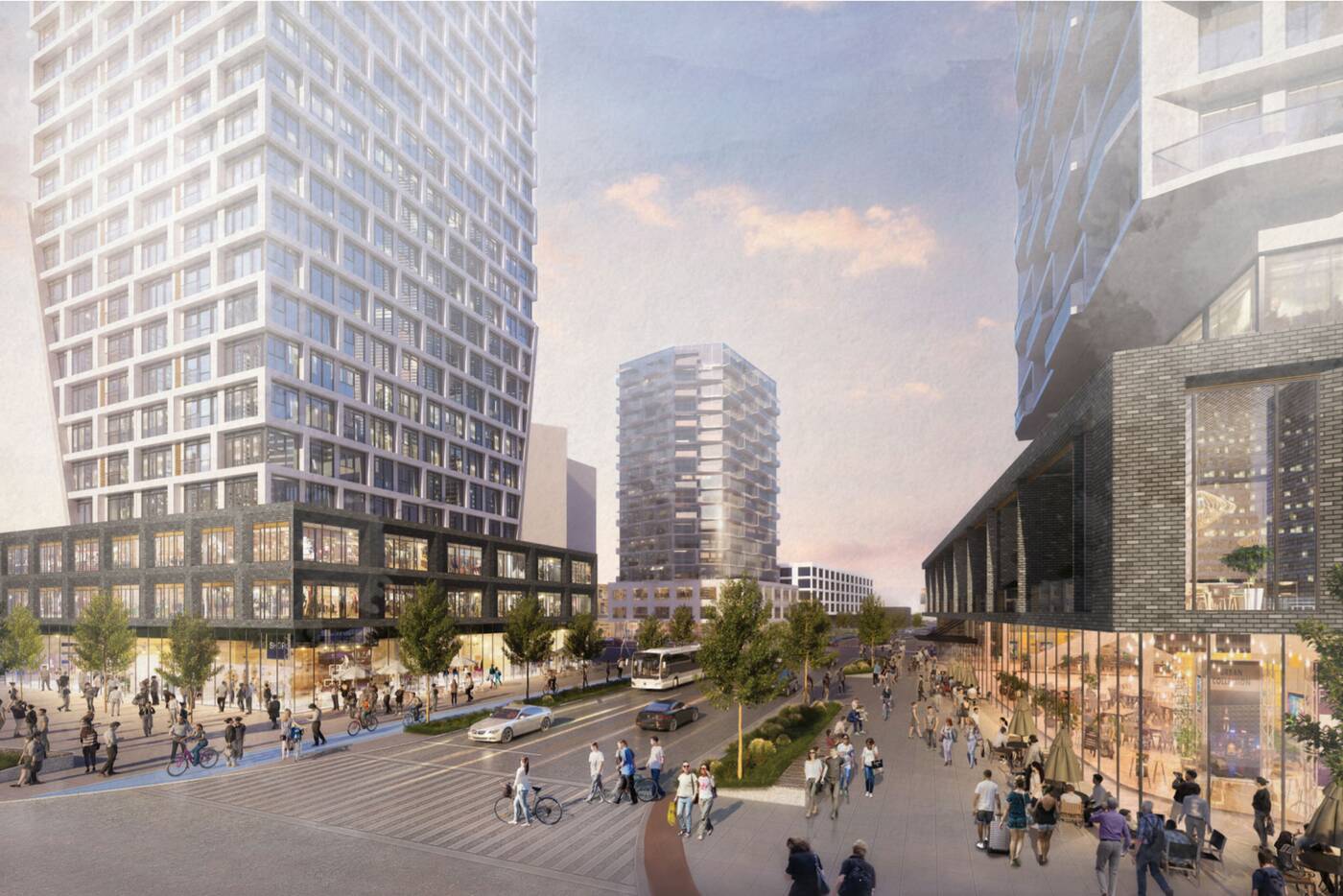