The debate over whether to use land for parking lots or housing is nothing new in Toronto, and now a massive downtown parking lot will give way to a condo development partially made up of affordable units.

A West Don Lands parking lot north of the Distillery District is currently being used for storage by car dealerships, except for when it's open to the public during major events like the Christmas Market.

But a new draft plan for the land outlines a condo complex project with 836 units, 36 per cent of which would be affordable housing.

You know that GIANT parking lot north of the Distillery District? Draft plan would replace it with a condo complex with 836 units, 30% of ‘em affordable. https://t.co/JAtRB8Z43w (PDF) pic.twitter.com/rsVEl7D1aA

Affordable rental housing and affordable rents are defined as housing where the total monthly shelter cost is at or below Toronto’s Average Market Rent (AMR) by unit type, according to the city of Toronto.

The project is part of the Province’s Affordable Housing Program as well as the City's Open Doors program.

Back in 2017, Dream, Kilmer and Tricon were the successful proponents of Infrastructure Ontario’s request for proposal for the West Don Lands parking lot that borders on Front St., Cherry St., and Trinity St.

It's currently in the schematic design review phase. 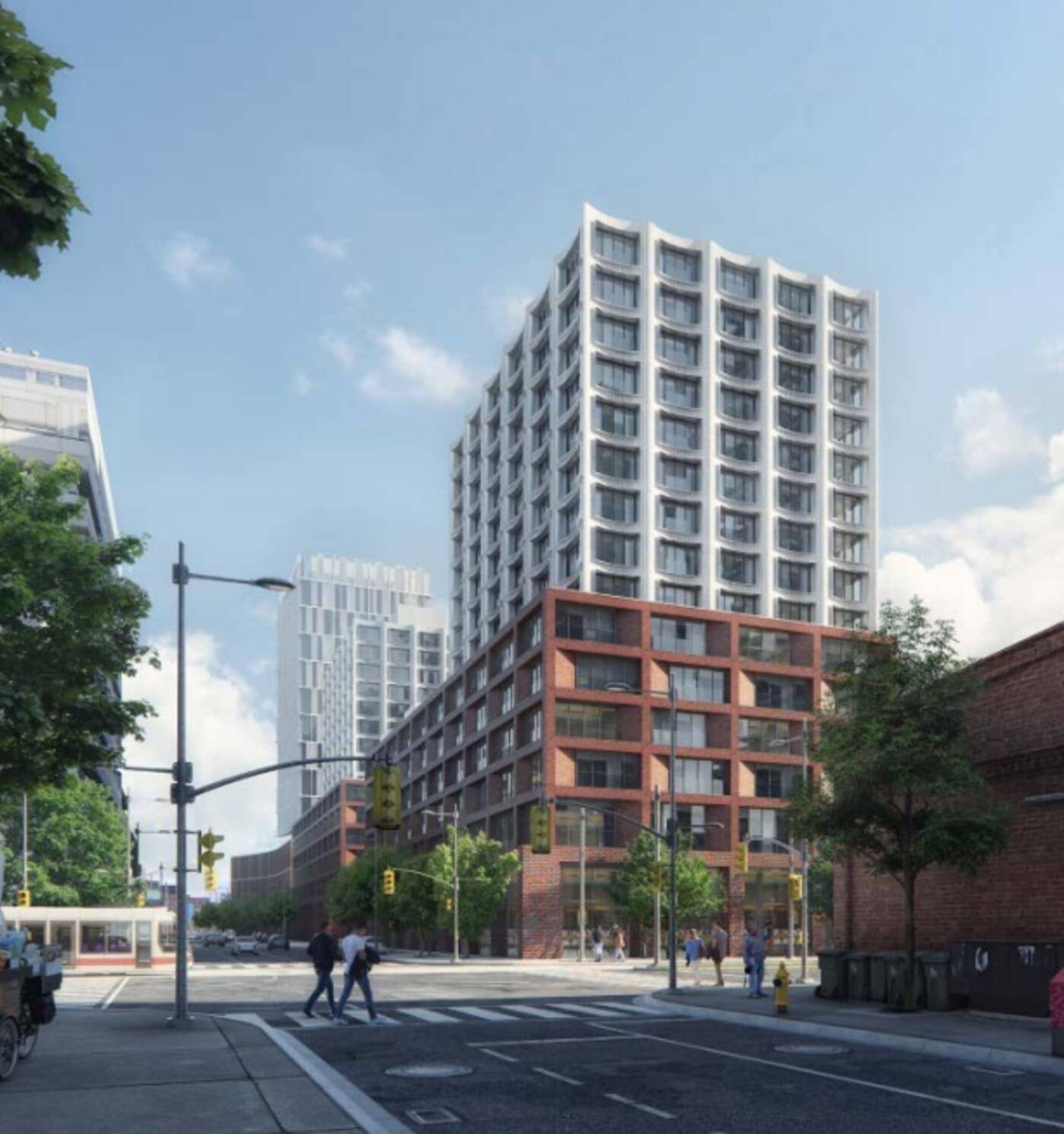 According to the plan, the development will consist of three buildings, standing at 45.5 m, 45.5 m and 49.25 m tall, respectively.

In total, that makes for 585 market units and 251 affordable units.

"These communities will capitalize on their strategic downtown
location, the synergy created by the simultaneous development of the Port Lands and their historic roots as part of the original town of York, as well as the Don River’s new environmental health."