Buying a new home in the Toronto area? Not only will it cost you nearly $800,000, on average, you'll pay more in government-imposed fees than anywhere else in North America!

The GTA-based Building Industry and Land Development Association (BILD) recently commissioned data researchers from the Altus Group to take a look at how much people can expect to pay in government charges and fees on new homes across both Canada and the United States.

The numbers researchers came back with were staggering.

The impact of government fees, taxes and charges on #newhomes in the GTA is among the highest in North America, according to our new report with @AltusData. https://t.co/F1gvq7bpEZ pic.twitter.com/cneM9cAL0B

"Based on our review, we have found that the average government‐imposed charges on new homes are significantly higher in the Greater Toronto Area than they are in both other Canadian urban areas, and in the U.S. metro areas," reads a report released by Altus and BILD on Monday morning.

"Government‐imposed charges in the GTA are, on average, over 3‐times higher on a per unit basis than they are on average in the six U.S. metropolitan areas, and roughly 1.75‐times higher than in the other Canadian urban areas," write researchers of low-rise residential housing in particular.

Charges on high-rise developments in particular, are roughly 50 per cent higher in the GTA than those in any of the U.S. cities surveyed and roughly 30 per cent higher than in other Canadian cities.

"A major driver why the U.S. metro area charges are lower than both the GTA and other Canadian urban areas is that the US metropolitan areas surveyed do not impose sales taxes on new housing, whereas in Canada, the sales tax included on new homes (before rebates can be applied) ranges from 5 per cent to almost 15 per cent," BILD explains.

That said, the most significant reason for the wide discrepancy "appears to be due to the high development charge costs imposed on new homes [in Toronto] which are approaching $100,000 per unit in some jurisdictions." 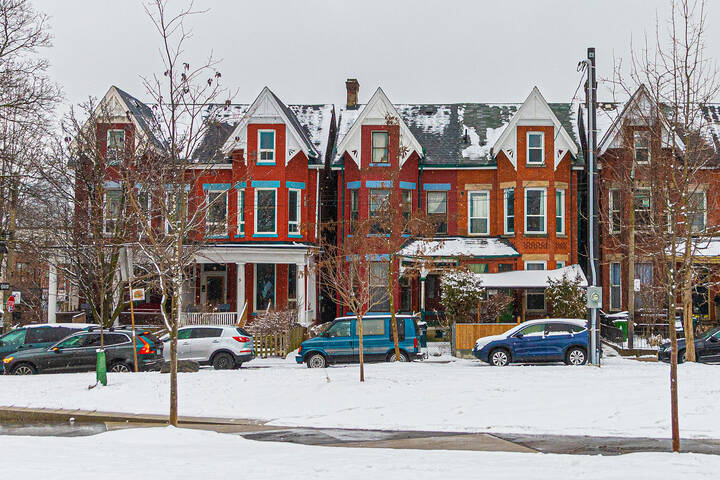