There's a new townhouse being proposed for a Kensington Market laneway, and it looks much, much different than the other houses on the street.

Evertrust Development Group Canada and Weston Consulting have submitted a rezoning application to the City for a four-storey townhouse at 6 Nassau Street.

The site is currently a one-storey garage and a parking lot, which sit between a row of three-storey homes and the graffiti'd up building which once housed the beloved music studio 6 Nassau where legends like Owen Pallett and Feist have recorded. 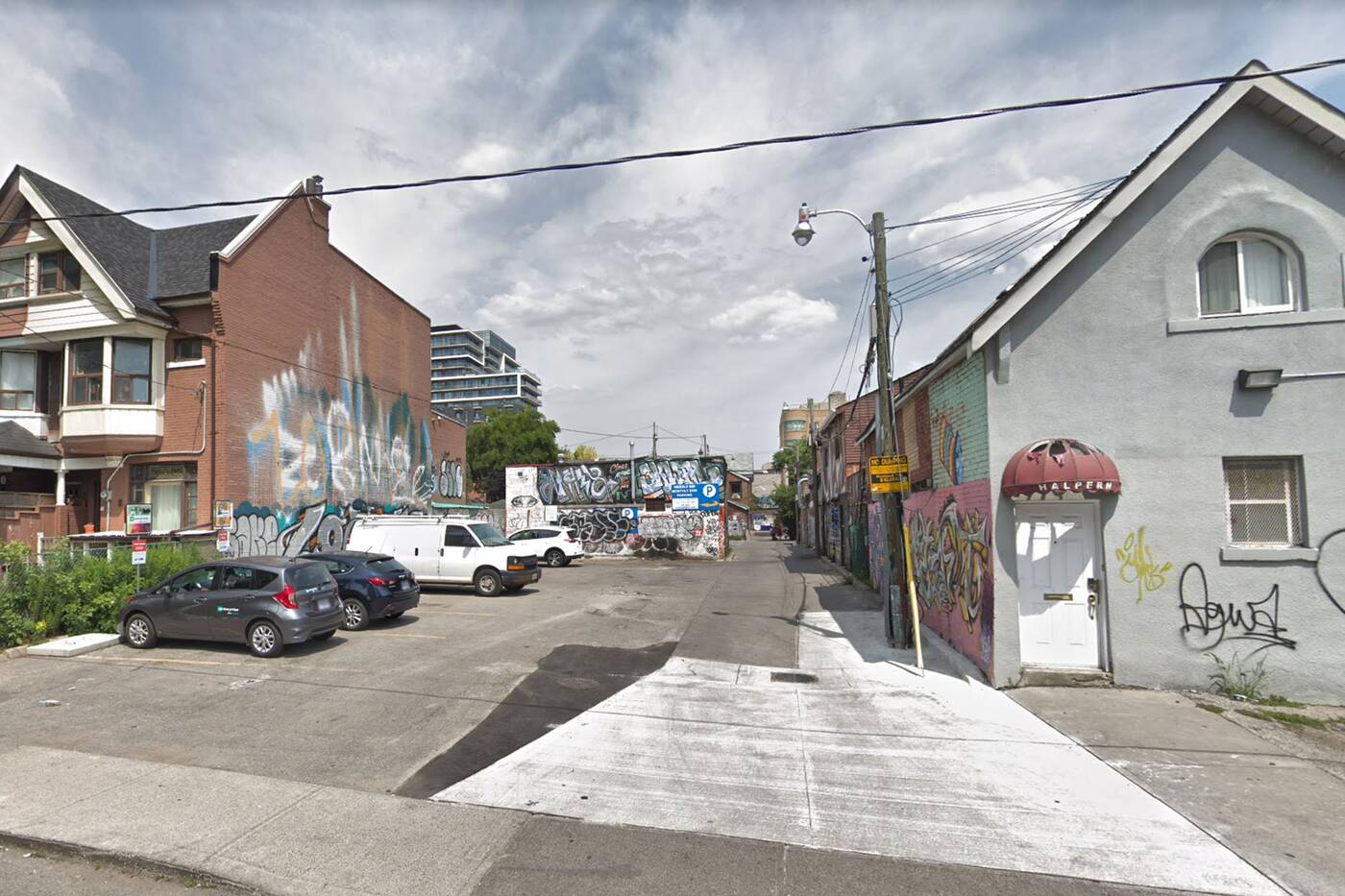 The proposed four-storey townhouse will take over a City-owned laneway on Nassau Street. Photo via Google Maps.

The proposal is seeing mixed reviews on the Kensington Market community Facebook group. Some seem to approve of the density, while others have thrown out adjectives like "imposing," "fugly," and a "bloody eyesore."

Preliminary plans for the building from Stamp Architecture (which has designed several custom townhouses around Toronto) and landscape architects Marton Smith reveal a top-heavy townhouse that will offer seven multi-level residential units, each with their own private garage units.

Each unit will have storage and entryway areas on the first floor. On the second floor are the bedrooms, washrooms, and flexible space. One floor above is for the living room, kitchen, and a two-piece bathroom.

The third floors will also have a 54-square-foot balcony. Master bedrooms with en suite washrooms will be located on the fourth floor.

The hulking property will be built flush against 8 Nassau Street, and be boxed in by City-owned laneways to its north and east. It'll also have a new walkway running along its entrance.

Though the application has yet to be approved, properties and floorplans of 6 Nassau Street are already up as listings on real estate websites like Century 21.

According to Weston Consulting, developers have held meetings with Councillor Mike Layton and Kensington community groups about issues surrounding the "density, massing, and height of the proposed development."

Plans to turn Kensington Market into a Heritage Conservation District are still in the works, and are expected to see new updates by the end of the year.

According to the City's Official Plan regarding neighbourhoods, all new private and public developments must "respect and reinforce the existing physical character of the area."