The 4.3-million-square-foot retail, office and residential complex proposed to go up just north of the CN Tower is moving forward, now that a rezoning application has been presented to the City.

Real estate giant Oxford Properties Group released plans for Union Park just over a month ago but additional details about the massive development and shiny new renderings of have just been released.

We already know four new mega-towers next to Toronto's Metro Convention Centre have been proposed, but details now specify that the highest of the four would reach 303 metres — replacing Toronto's First Canadian Place as Canada’s tallest building.

The other office tower would measure 262 metres, while the two other buildings would be residential towers rising 210 and 164 metres, respectively.

The 58 and 48 storey office buildings would be connected by a six-storey podium and a "winter garden." The podium would house offices and retail locations, while the "winter garden" would host special programming and installations during events like TIFF or Nuit Blanche.

It would also connect the retail and office towers to the urban park proposed to sit atop the Union rail corridor. 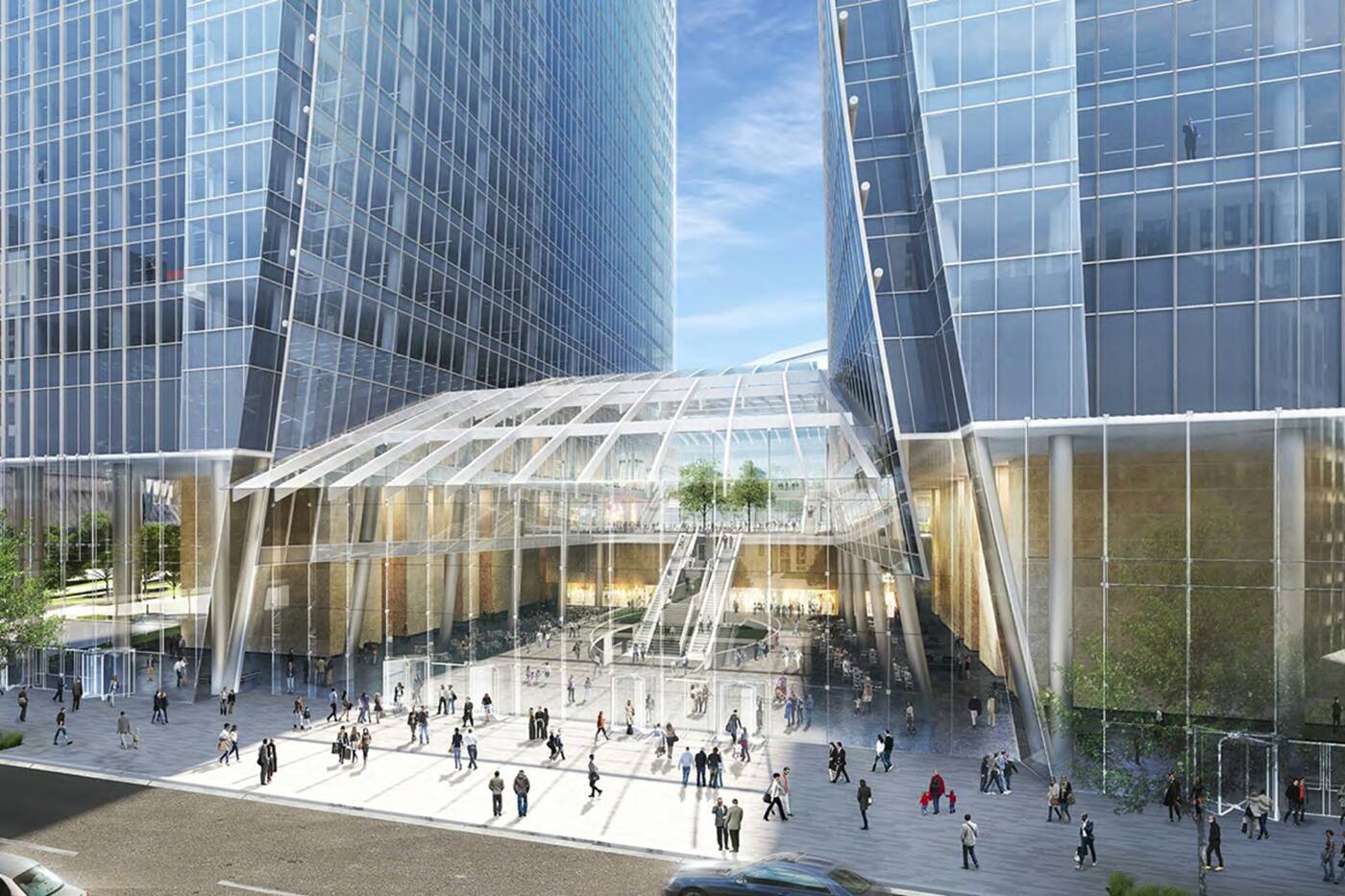 The residential buildings would be home to 732 units, including a mix of 294 one-bedroom, 218 two-bedroom, 72 three-bedroom, and 52 studio units. 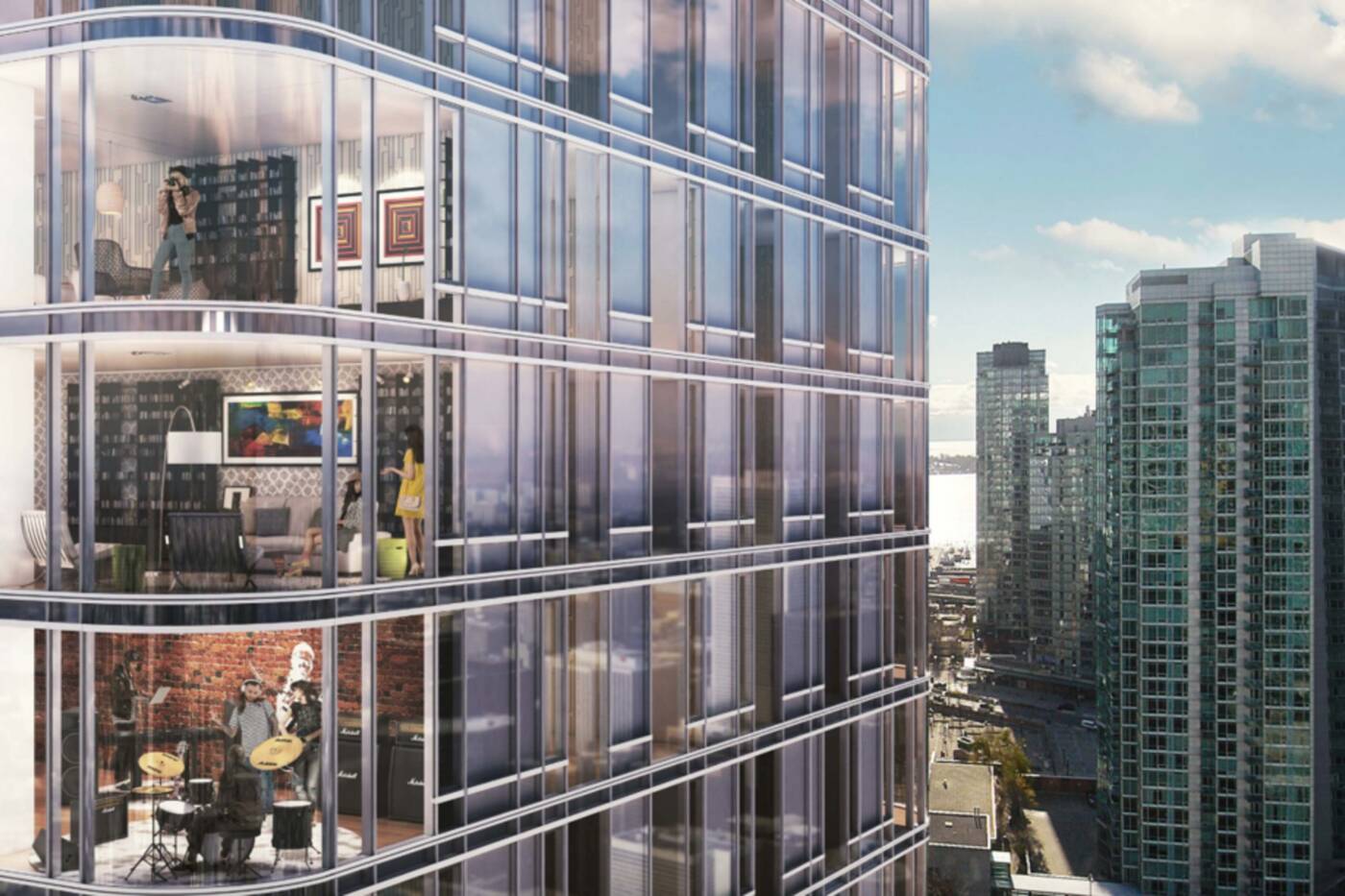 Rising 54 and 44 storeys respectively, they would also provide renters with 1,883 square meters of indoor amenity space. 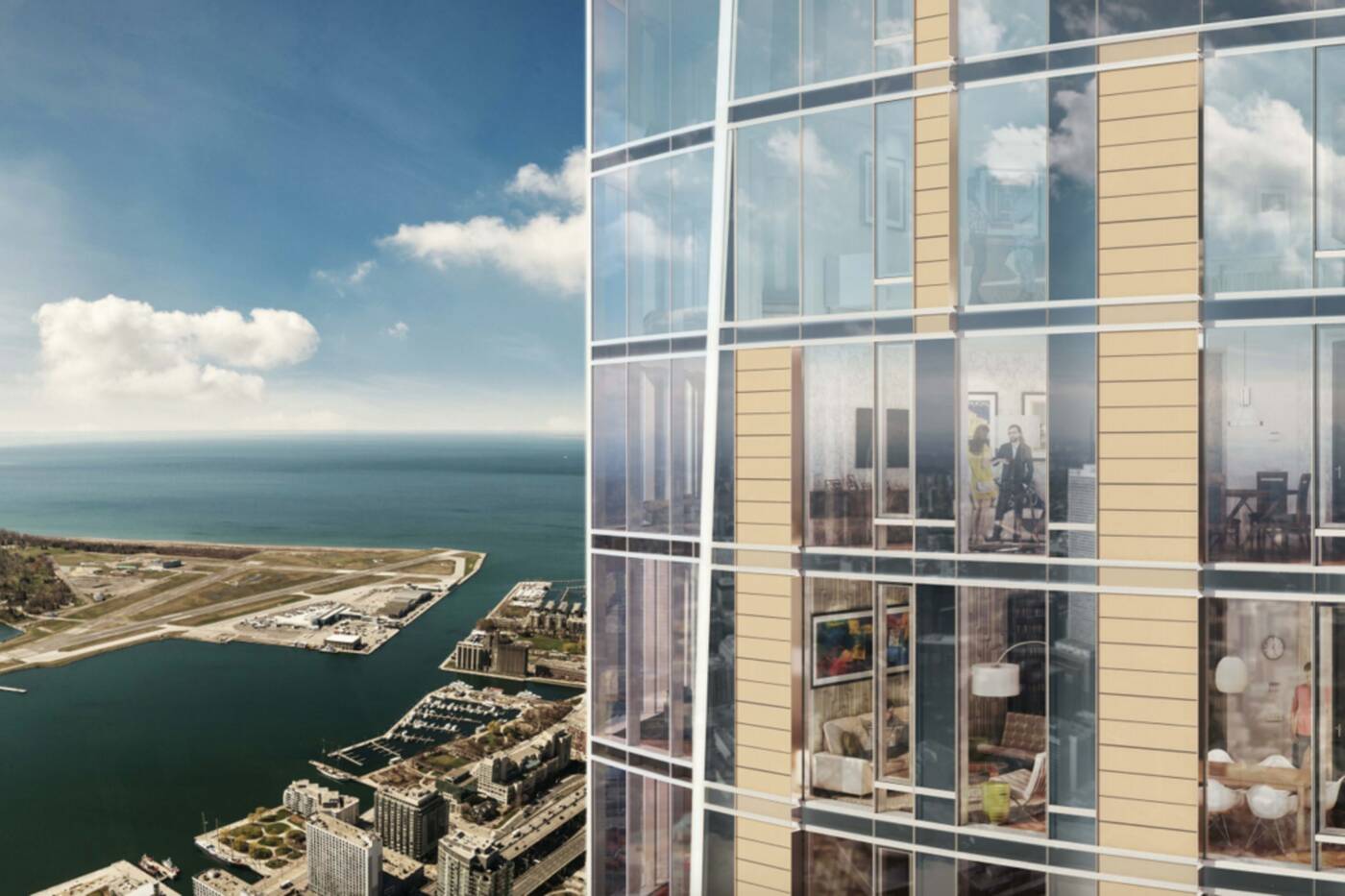 And of course we can't forget about the proposed park itself. If approved, the park would provide Toronto with at least a portion of the rail corridor turned into a park, even if Rail Deck Park is never actually built. 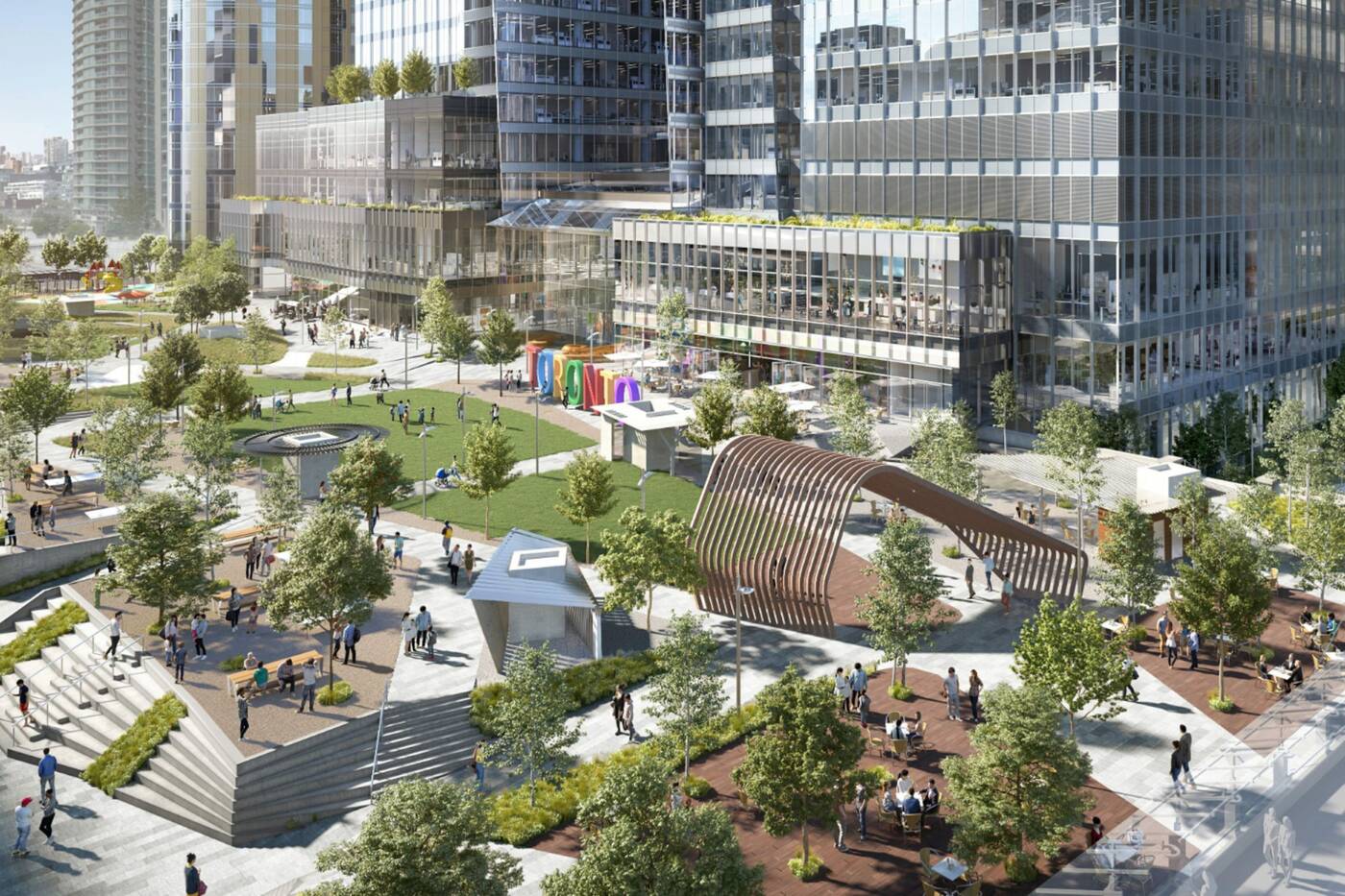 Details about the project also include a proposal for a daycare as well as a four-level parking garage with 665 parking spaces and 1,492 bicycle spaces.

If all continues to go well, the complex could produce roughly $5.8 billion in goods and services annually, introduce roughly 18,000 jobs, and earn the City of Toronto an estimated $243 million in annual tax revenue.