Toronto home sales are bouncing back in a major way

After more than two years of watching Toronto's detached housing market cool to (relatively) frigid levels, things are heating back up again in terms of both sales and prices.

RE/MAX of Ontario-Atlantic Canada revealed in a report released this morning that more than 50 per cent of residential districts in the GTA saw average house prices go up throughout the first half of 2019.

The price hike can be attributed to what RE-MAX calls "soaring sales" in the detached housing market. Indeed, sales figures increased in 88 per cent of Toronto Real Estate Board districts between January and June of 2019, compared against the same time period last year.

"Detached housing is finally back on track, with year-to-date sales almost 17 per cent ahead of last year's levels, signaling a return to more normal levels of home-buying activity," said RE/MAX EVP Christopher Alexander in the release. 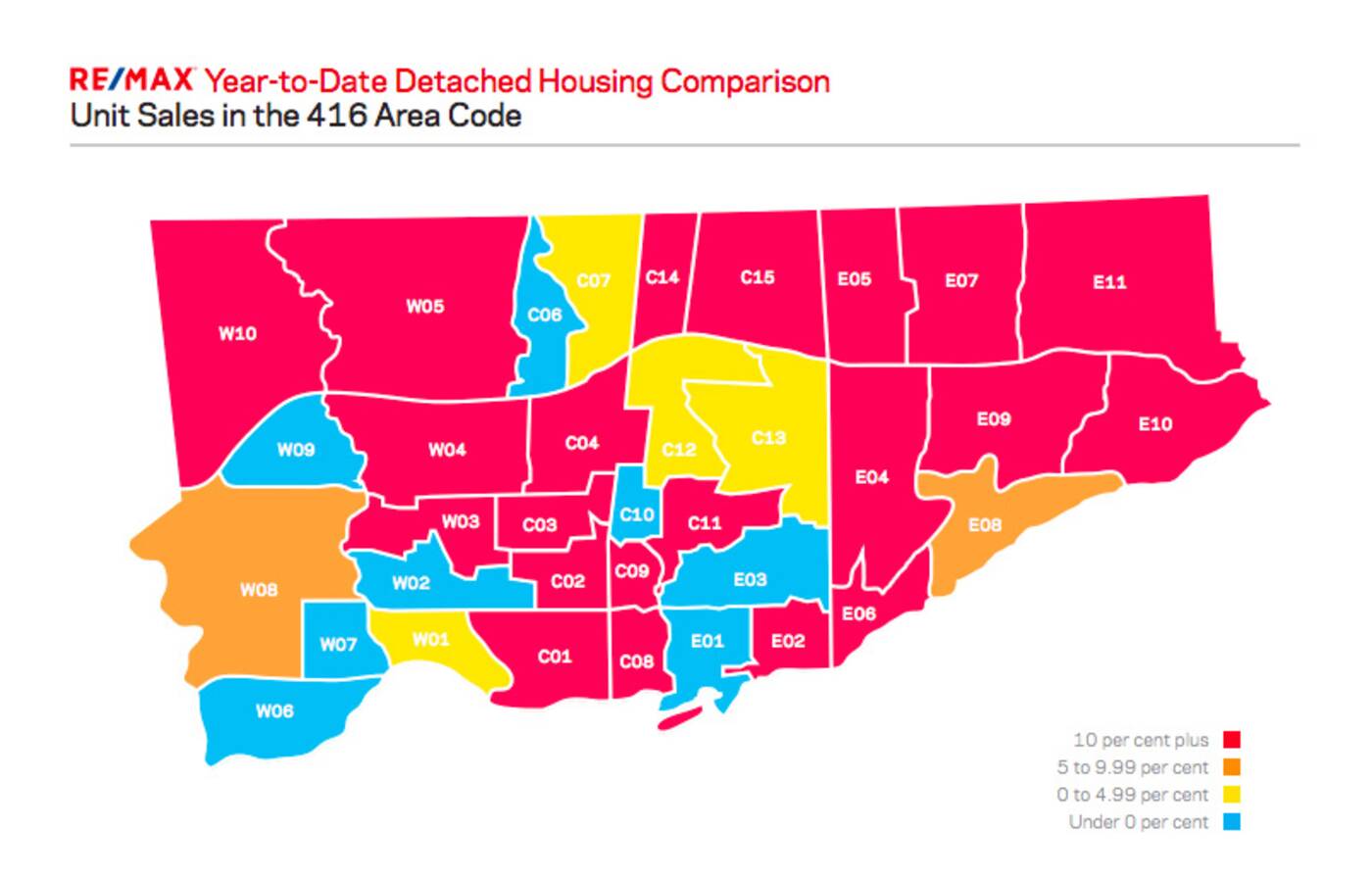 Detached home sales are up more than 10 per cent across much of Toronto this year to date. Image via RE/MAX.

"Market share is also climbing, with detached homes now representing 45.7 per cent of all home sales in the Greater Toronto Area, up from 43.1 per cent one year ago," said Alexander.

Location-based gains were found to be one of the key drivers behind the uptick in detached home purchases, particularly among first time and trade-up buyers who seek to "secure prime real estate before values are on the move again."

The highest increase in the average price of a detached home was seen in the city's east end over the course of the survey period, according to RE/MAX, specifically in the neighbourhoods of North Riverdale, South Riverdale, Blake-Jones and Greenwood-Coxwell.

You can see how all of the city's neighbourhoods stack up against each other right here, but it's important to note that, despite strong demand in some "hot-pocket" areas, there's still plenty of opportunity to be found for first-time buyers in the city.

"Approximately 45 per cent of districts within the 416 are in a technical buyer's market, with a good selection of homes listed for sale," explains RE/MAX, noting that neighbourhoods north of Bloor were found to offer "greater flexibility in terms of negotiation."

Market conditions are tightest south of Bloor Street for detached homes, according to the real estate firm, but what else is new?