New renderings have been revealed for a splashy, midtown Toronto condo development, the impending existence of which has long been disputed by some of the city's most powerful boldface names.

Alterra is once again moving forward in the process of constructing its 9-storey luxury residence building at 321 Davenport Road, according to Urban Toronto, after receiving zoning approval at the Local Planning Appeal Tribunal (LPAT) in March.

The firm recently submitted a new Site Plan Approval application to the City of Toronto, revealing with it a modified version of the development plan that once horrified such neighbours as Margaret Atwood and Galen Weston Jr. 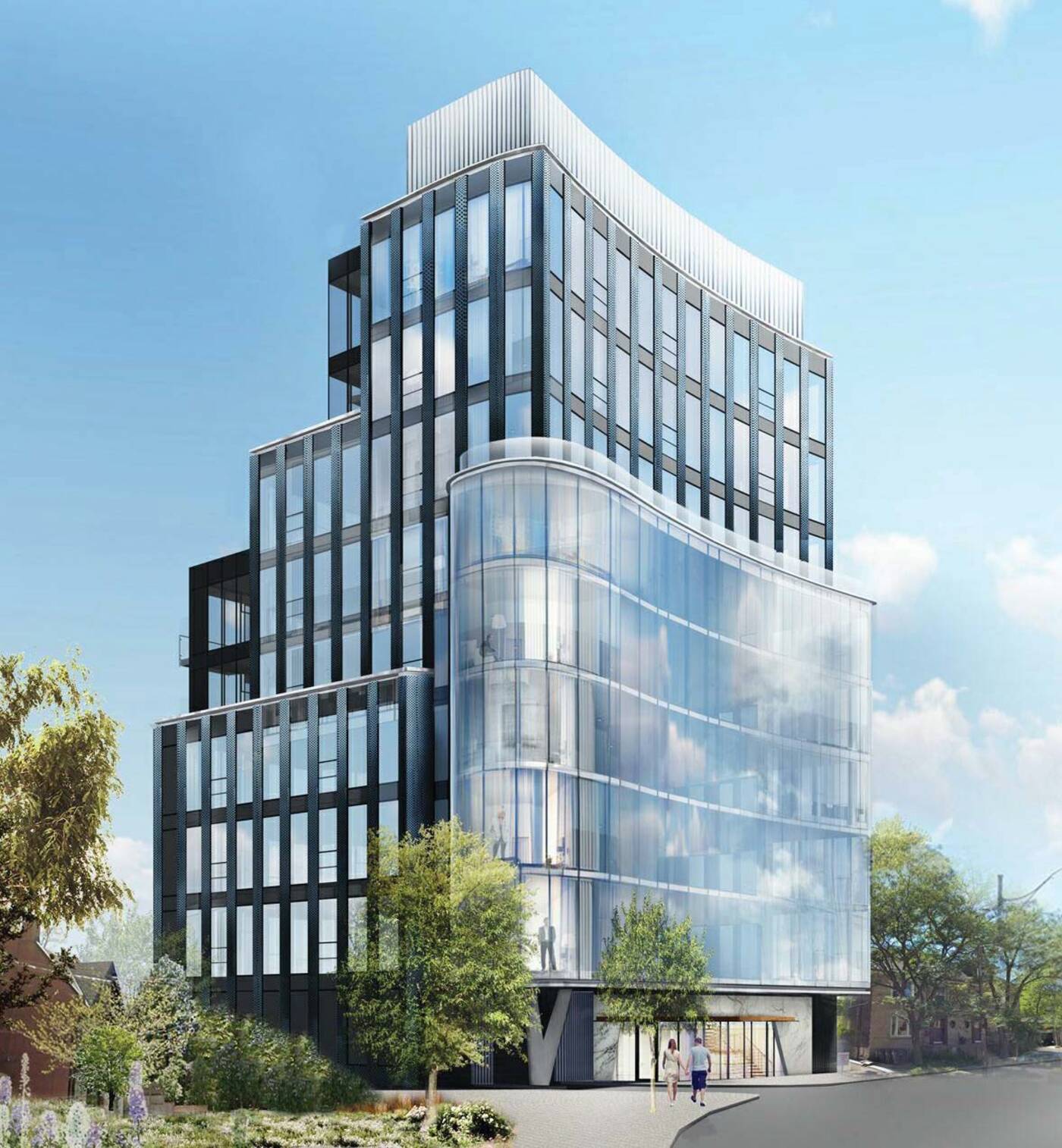 The new condo development at 321 Davenport would replace an existing two-storey commercial space. Image via City of Toronto submission.

Both the celebrated author and grocery store titan, who live near where the condo building will rise, sent letters in the summer of 2017 to City Councillor Joe Cressy expressing their disapproval of the project.

Weston Jr. and his wife said at the time that the proposed building would be "an invasion on our privacy," while Atwood's husband, Graeme Gibson, called it "a brutal and arrogant assault on a community that has been here since the 19th Century."

They didn't get their way, clearly: Realtors are already advertising units within the yet-to-be constructed condo building. 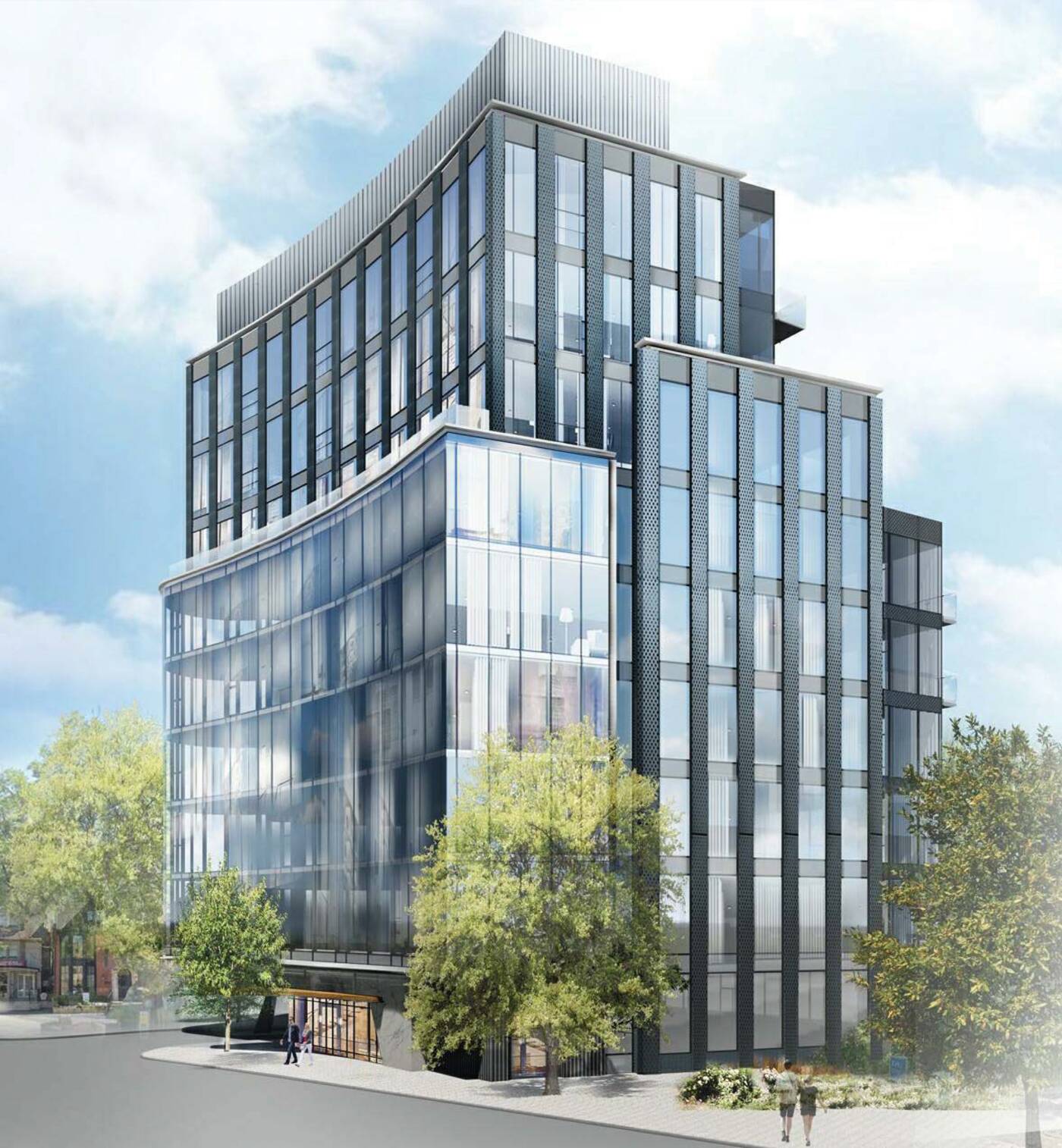 The most recently-submitted plans show the development has grown, in fact, from eight stories to nine, and from 16 residences to 23.

If built as currently proposed, the Giannone Petricone Associates-designed building would still boast plenty of curves, but is set back from the road slightly more than what was originally planned.

Concerns about the development hurting trees on adjacent properties have been addressed, according to Urban Toronto, with plans for "compensatory trees."