These are the best Toronto neighbourhoods for first-time home buyers

This September, Canada's federal government is launching program aimed at helping first-time home buyers afford their mortgages — but literally nobody who buys a house that exists in Toronto right now will be eligible.

By the real-estate brokerage Zoocasa's calculations, the maximum purchase price for a resale home that would qualify for even a 5 per cent down payment would be $505,000. 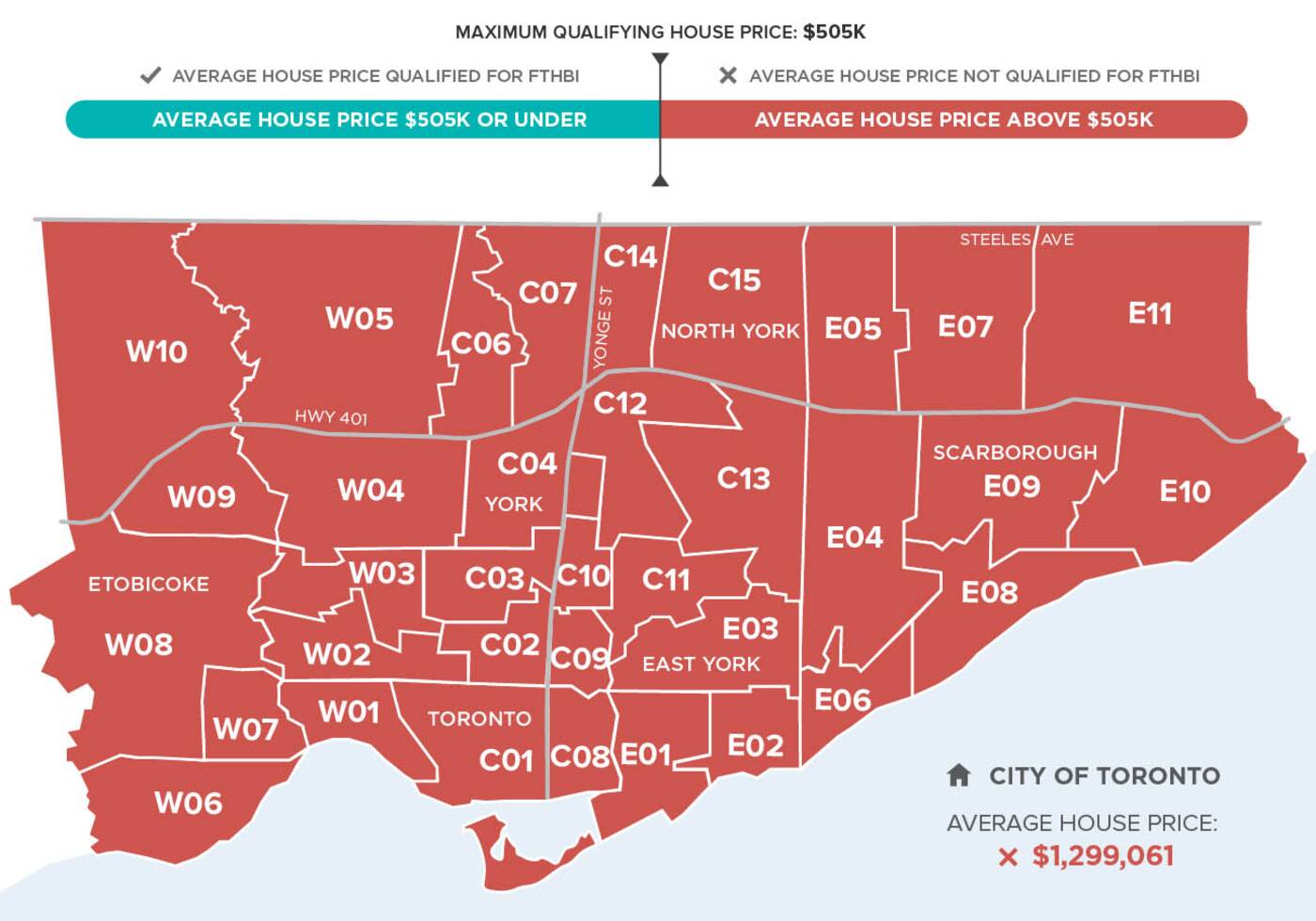 There's good news, however, for those who want to take advantage of the FTHBI, and it comes in the form of condos... but only in specific neighbourhoods.

"According to recent data compiled by Zoocasa, there are only 13 out of the city’s 35 MLS district neighbourhoods where such homes are available," reads a report from the firm released today.

"And options are limited to condos located away from the city core, including North York condos and Etobicoke condos." 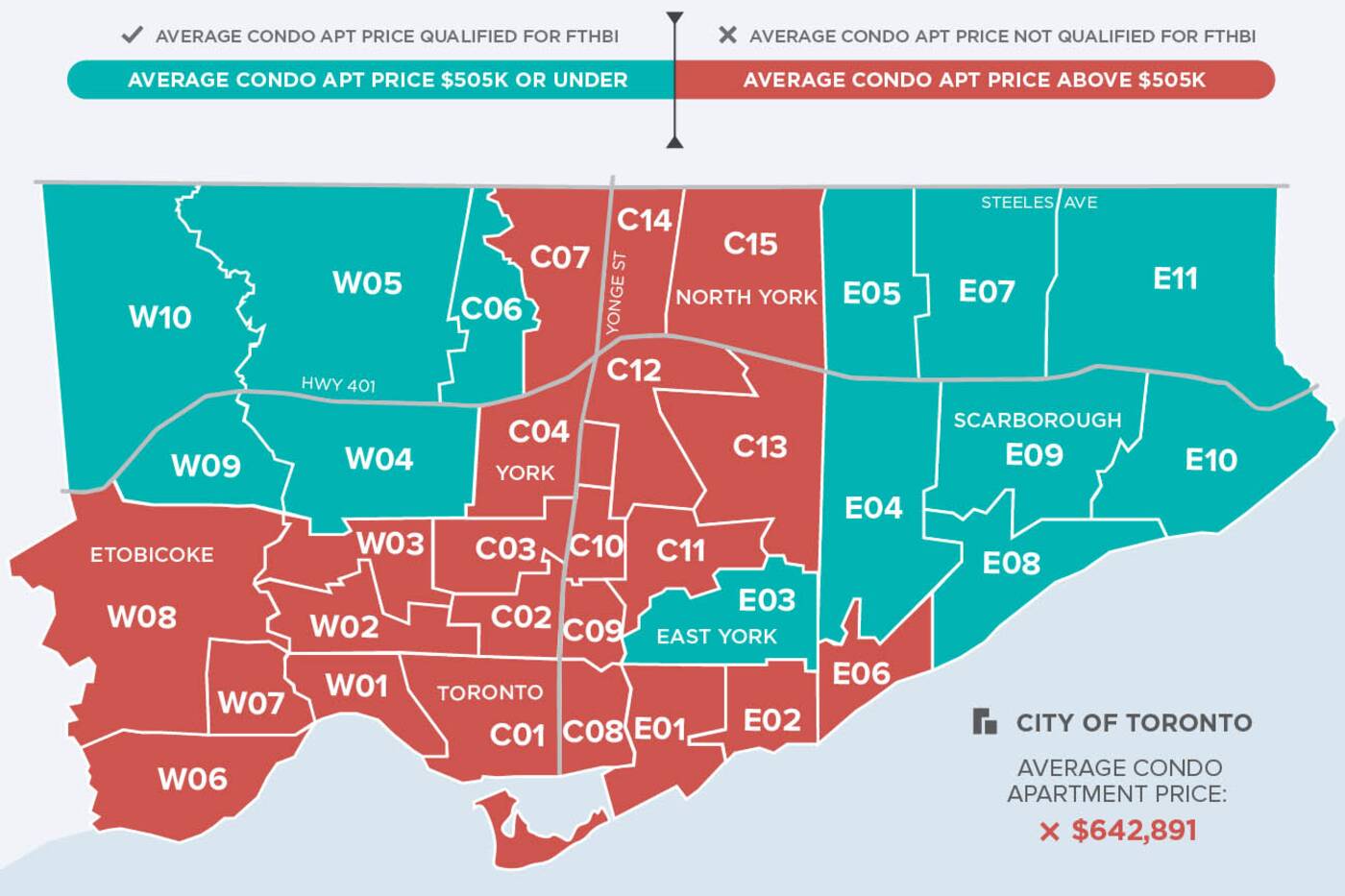 The most affordable neighbourhoods for first time home buyers according to Zoocasa.

Here are the parts of Toronto in which a FTHBI could be used to buy a condo in Toronto, as per Zoocasa's analysis: