It's official: Toronto's weirdest cube-shaped architectural protuberance is on the chopping block.

The Canadian real estate investment firm RioCan has applied to the city for a zoning by-law amendment in order to construct two mixed-use buildings on the southwest corner of John and Richmond Streets, right were Michaels and the famous Scotiabank Theatre currently stand.

In fact, 65 per cent of the city block bounded by Richmond Street West, John Street, Adelaide Street West and Widmer Street is slated for redevelopment, which could spell bad news for the Marshalls, Linen Chest, Goodlife Fitness and anything else housed in the existing RioCan Hall complex. 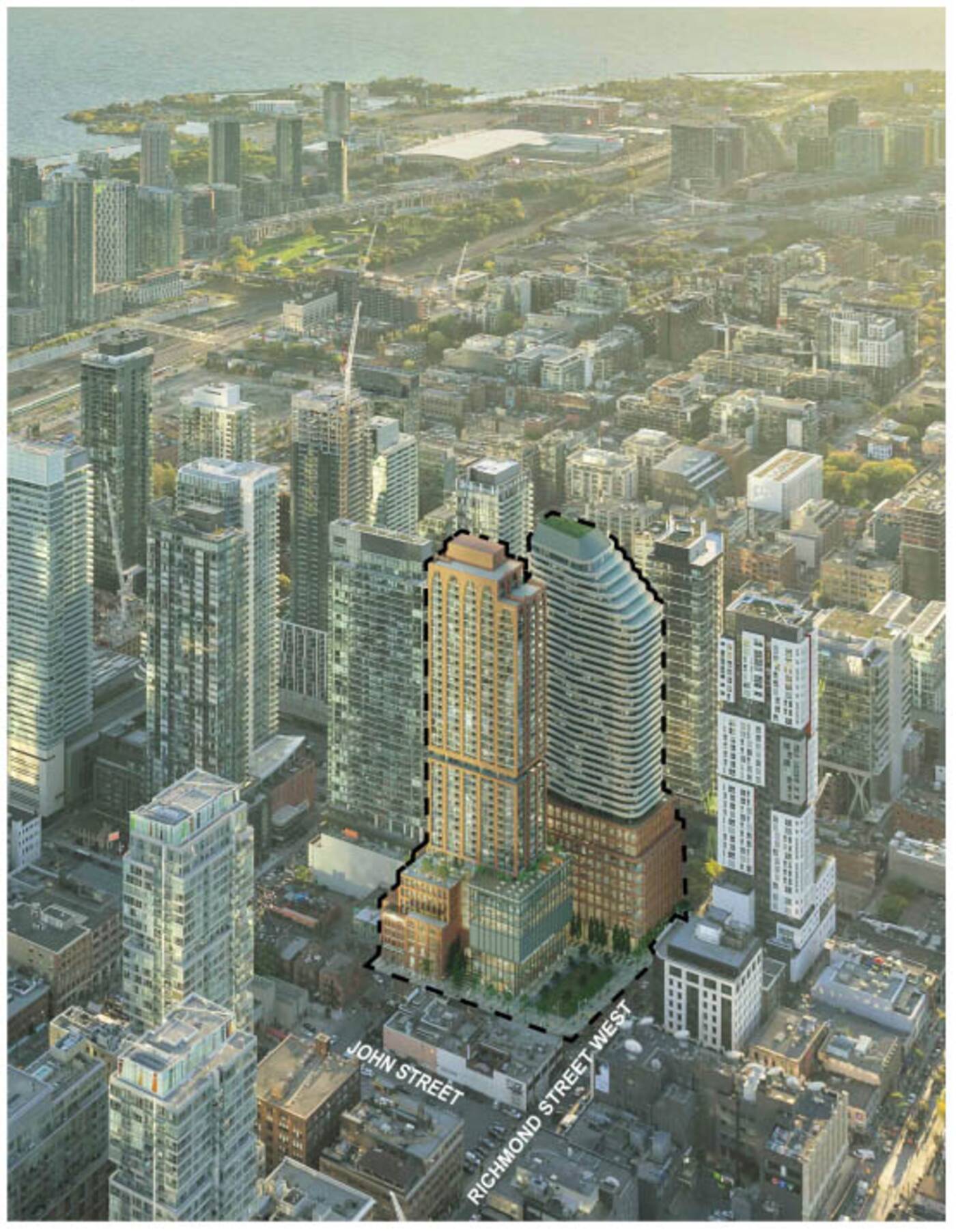 Two new skyscrapers will join the growing crop of residential highrises in downtown Toronto if all goes as planned for RioCan. Image via City of Toronto.

Architectural plans published by the city this week show that RioCan intends to construct two buildings of 39 and 40 storeys to replace their existing 227,326-square-foot retail property.

A total of 613 residential units are planned across both towers, but so too are seven levels of office space, a replacement for the existing movie theatre, a daycare and two levels of retail with the potential for grocery store use.

Much of this public space will be contained within a shared base that connects both towers. The base itself will be set back further from the street to provide for wider sidewalks, street trees and bike parking. 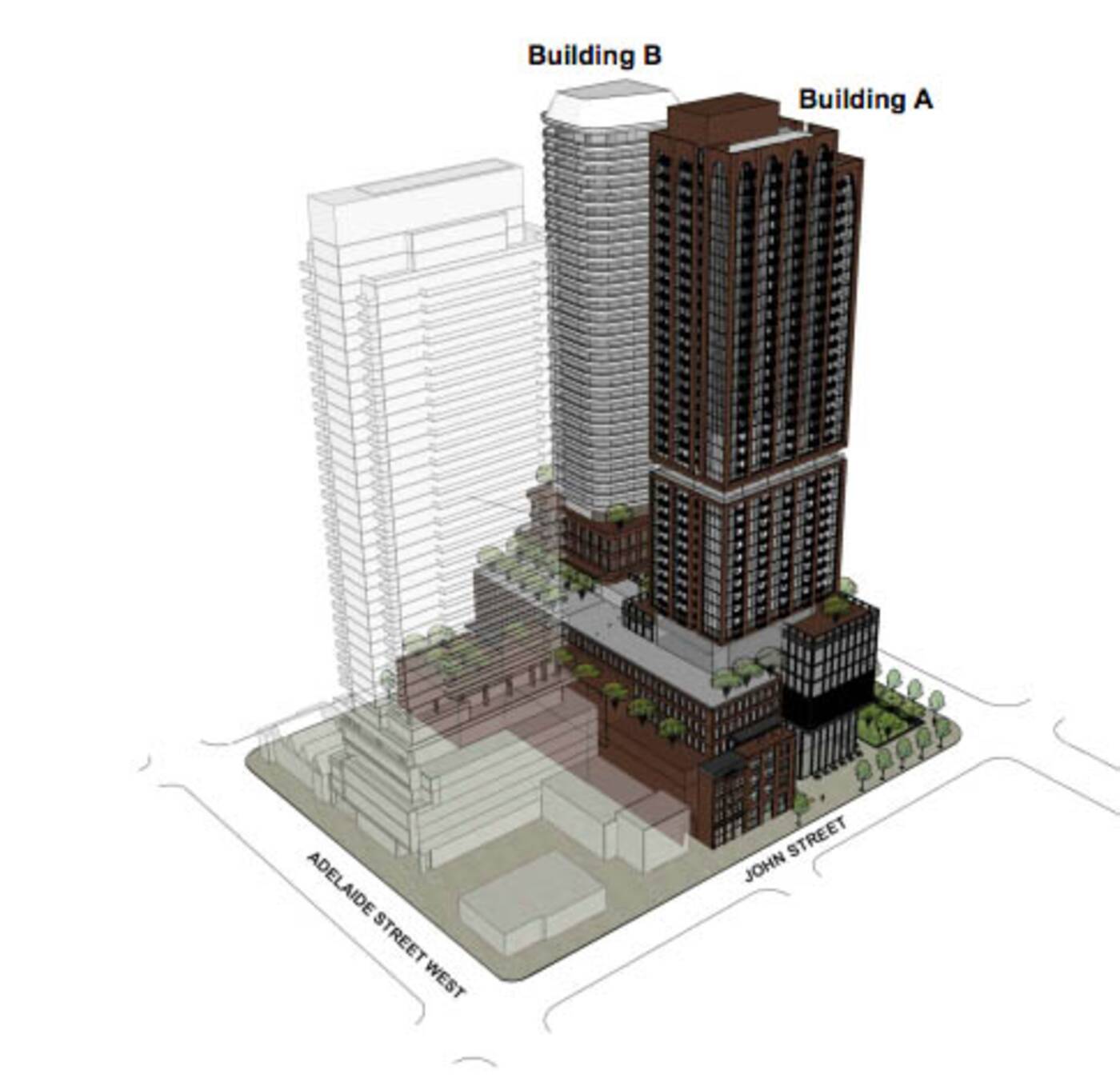 A southeastern view of the proposed mixed-use complex at 126 John Street. Image via City of Toronto.

A new privately owned, publicly accessible space (or POPS) is also proposed as part of the development. Located on the northeast corner of the site, the 744-square-metre park is intended as "a destination for pedestrians to congregate at the northern end of John Street, which is envisioned as a pedestrian-oriented street lined with retail and restaurants."

Renderings are still pretty basic at this point and RioCan is only just beginning the long process of getting approval to redevelop the property they already own.

It may not look much like what we're used to seeing at Richmond and John once complete, but replacing all of the neon and that big red cube would be a Hariri Pontarini Architects-designed complex, which is not necessarily a bad thing.