Construction on the long-awaited Eglinton Crosstown Light Rail Transit (LRT) project may be messing up traffic something fierce, but midtown Toronto should at least get some pretty new green spaces out of the deal.

New planning and streetscape renderings were unveiled for the western part of the line during an April 12 meeting of the City of Toronto's Design Review Panel and, I must say, they're pretty good... at least compared to how Eglinton looks right now. 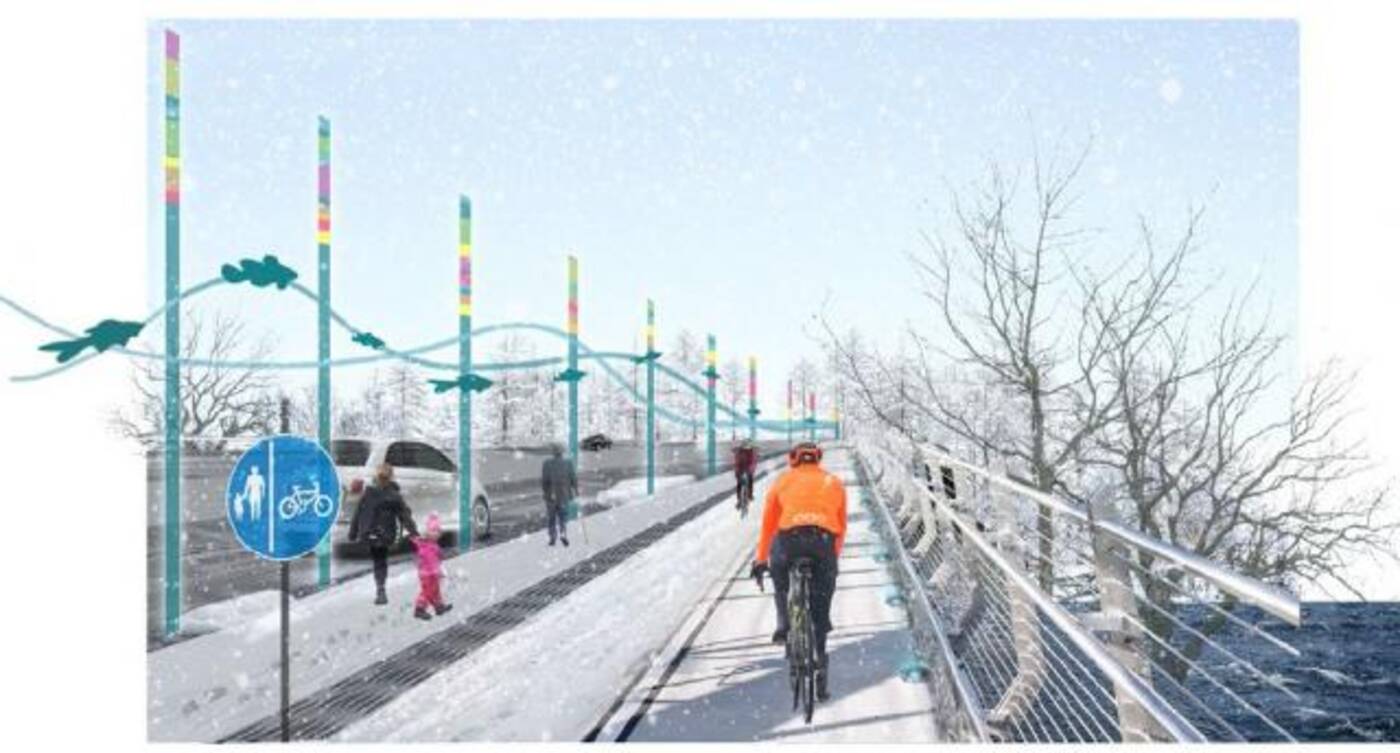 City planners did acknowledge at the start of their presentation that Ontario Premier Doug Ford's recently-unveiled transit plan for Toronto could impact the relevance or even usefulness of their Eglinton West LRT Planning and Streetscape Study.

If it doesn't, this is what the City and urban designers Perkins + Will are proposing for streetscaping along the Eglinton West LRT. 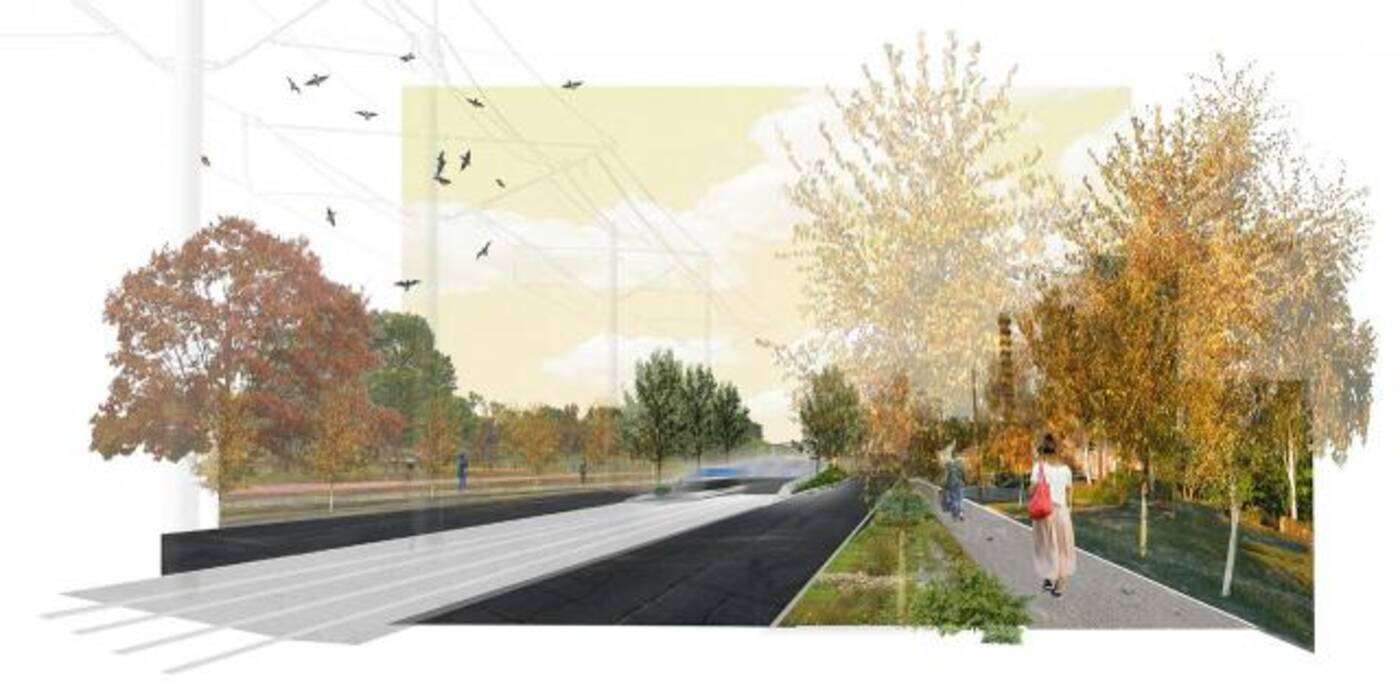 As Urban Toronto explains, much of the space running along Eglinton West is seen as an undeveloped greenway with trees and natural forested areas on both sides of the road.

These grassy patches were once slated to become roadways themselves, but will more likely now hold parks, wide sidewalks, bike lanes, murals, lookouts, seating and other public realm improvements. 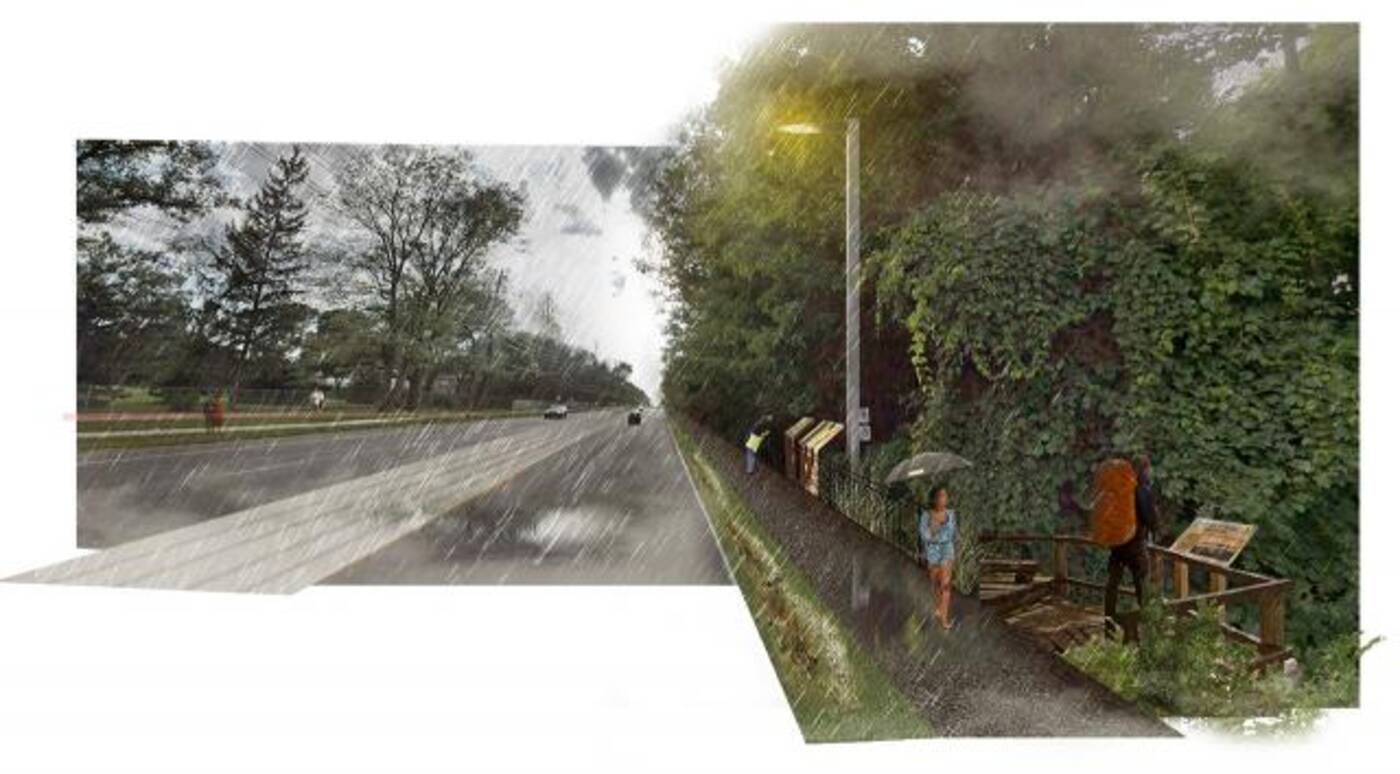 "Perkins + Will are aiming to preserve and capitalize upon the greenway character of the boulevard by preserving and enhancing the public realm on either side of the street," writes Urban Toronto.

"The new LRT would travel down the centre of Eglinton, taking up one lane in each direction in its own right-of-way. Its design is inspired by the under-construction above-grade eastern portion of the Crosstown LRT through Scarborough and the Golden Mile." 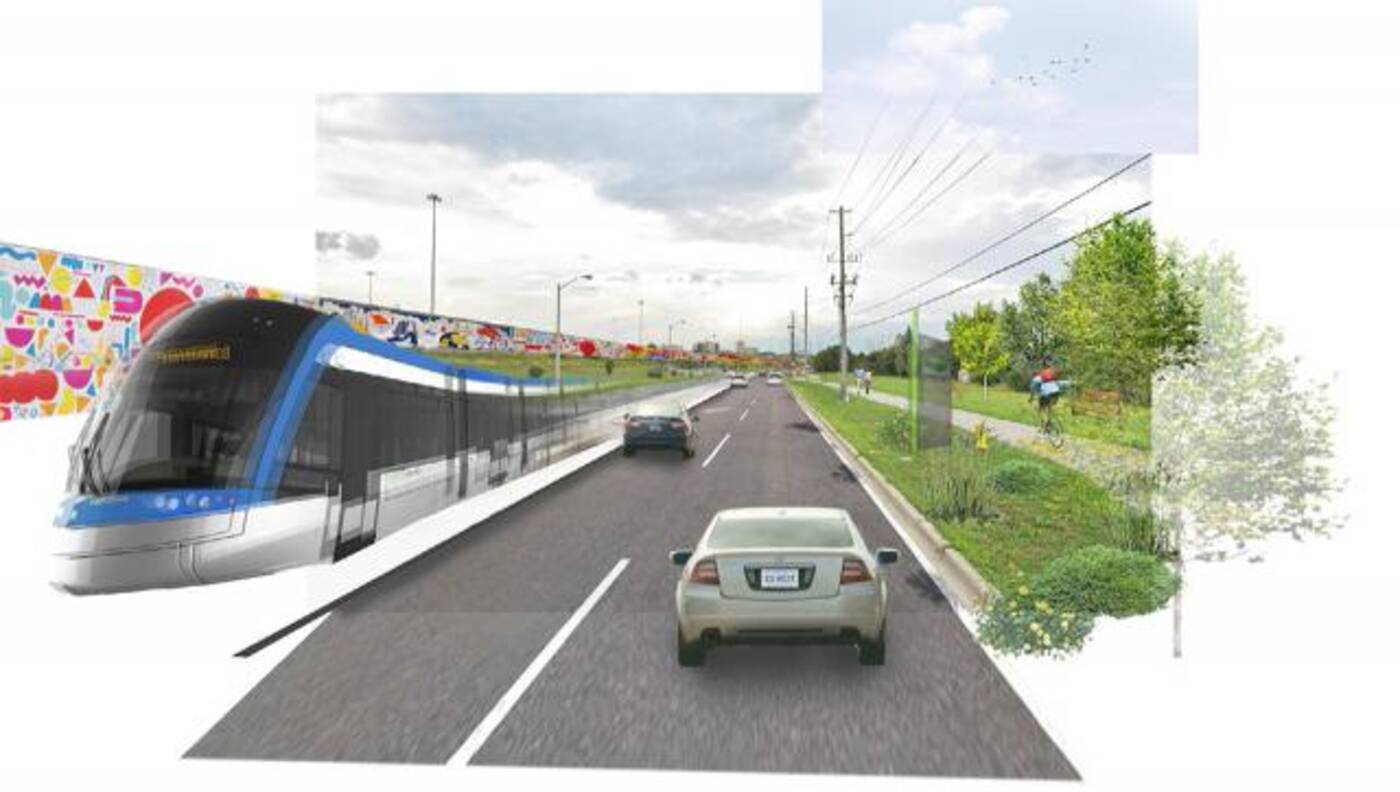 Enclosed, heated shelters will be available for commuters at each of the stations along the line, should it come to fruition as planned.

"Its design will balance all forms of mobility and connect neighbourhoods and natural valley systems to the larger city and the region."