It's no surprise that you need money to afford a house in Toronto, but a new report shows it may be out of reach for a full 90 per cent of the populace.

This new report from Zoocasa studied house prices across 13 metropolitan areas, and determined the income group needed to purchase a house in each.

Toronto was ranked second-worst, right behind Vancouver. This probably comes as no surprise to anyone who has attempted to buy a house in either city. 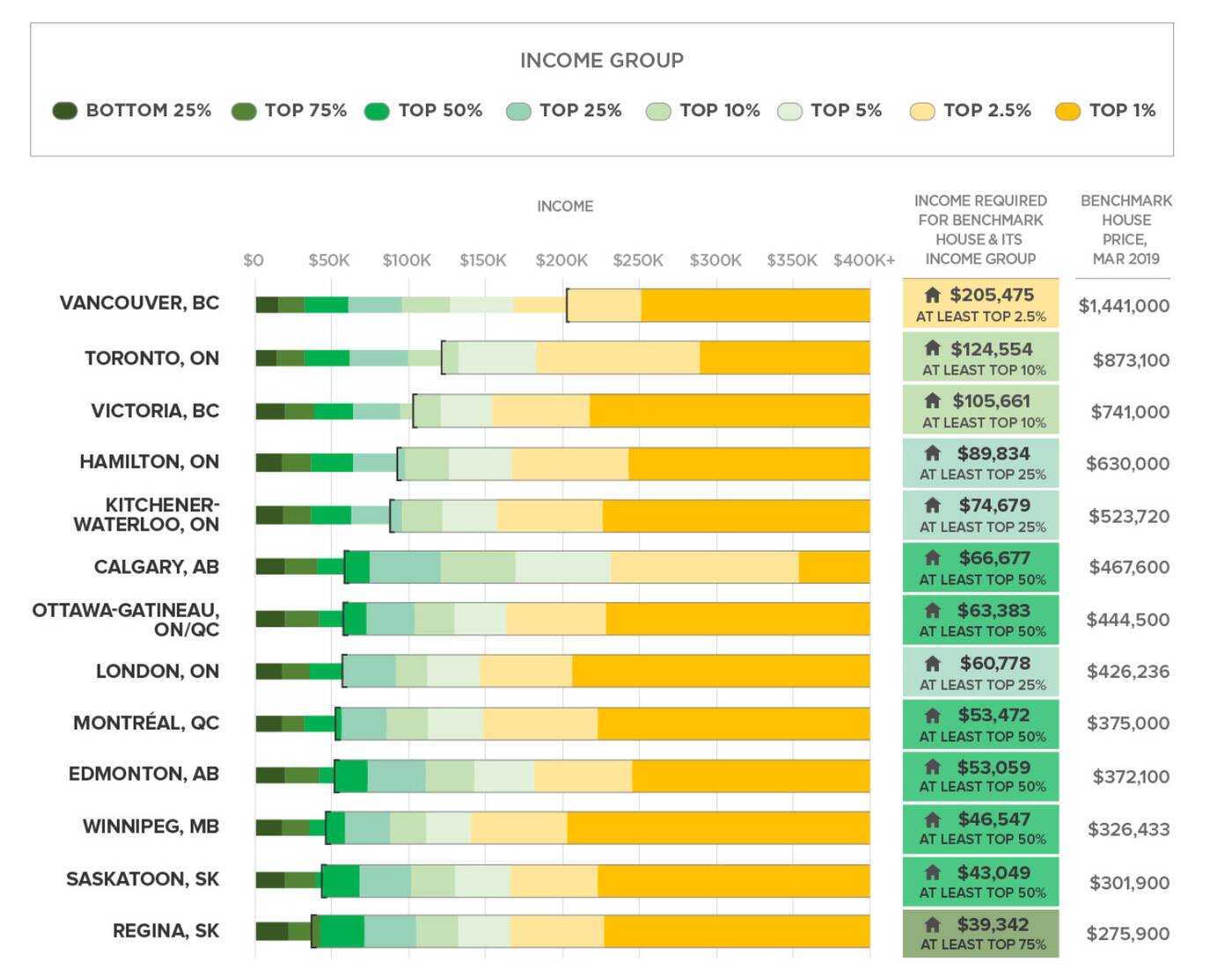 Income you need to buy a house across Canada. Source: Zoocasa

According to the study, only the top 10 per cent of income groups in Toronto can afford to purchase a house, at a benchmark price of $873,100. This means you have to make about $124,554 on average.

For those of you who are thinking "I'll just buy an apartment because I'll never afford a house at that rate," there's bad news for you, too.

The study also looked at income groups and apartment purchases. In Toronto, you'll have to be in the top 25 per cent, making an average of $74,476, to afford the benchmark apartment.

Again, Vancouver placed first, requiring apartment-buyers to be in the top 25 per cent, making an average of $93,527.

Hey, at least Regina looks nice, where the top 75 per cent of people can afford a house. Right?