House of the week: 2350 Doulton Drive

If you have $6.8 million, you can have this former Rolling Stones crash pad. 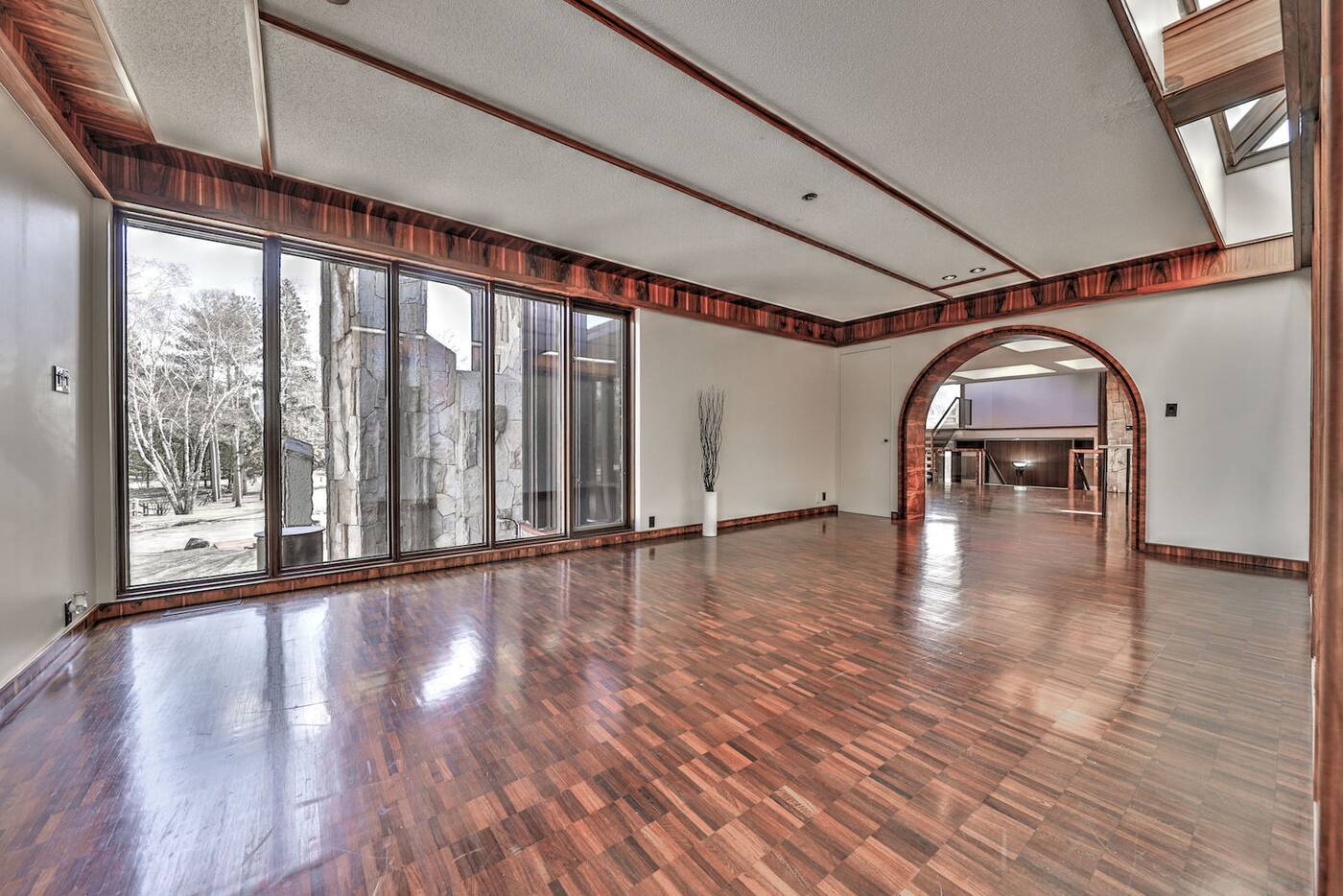 The Rolling Stones allegedly stayed here when they were in Toronto performing for 'SARS-stock,' also known as Molson Canadian Rocks for Toronto, in 2003. 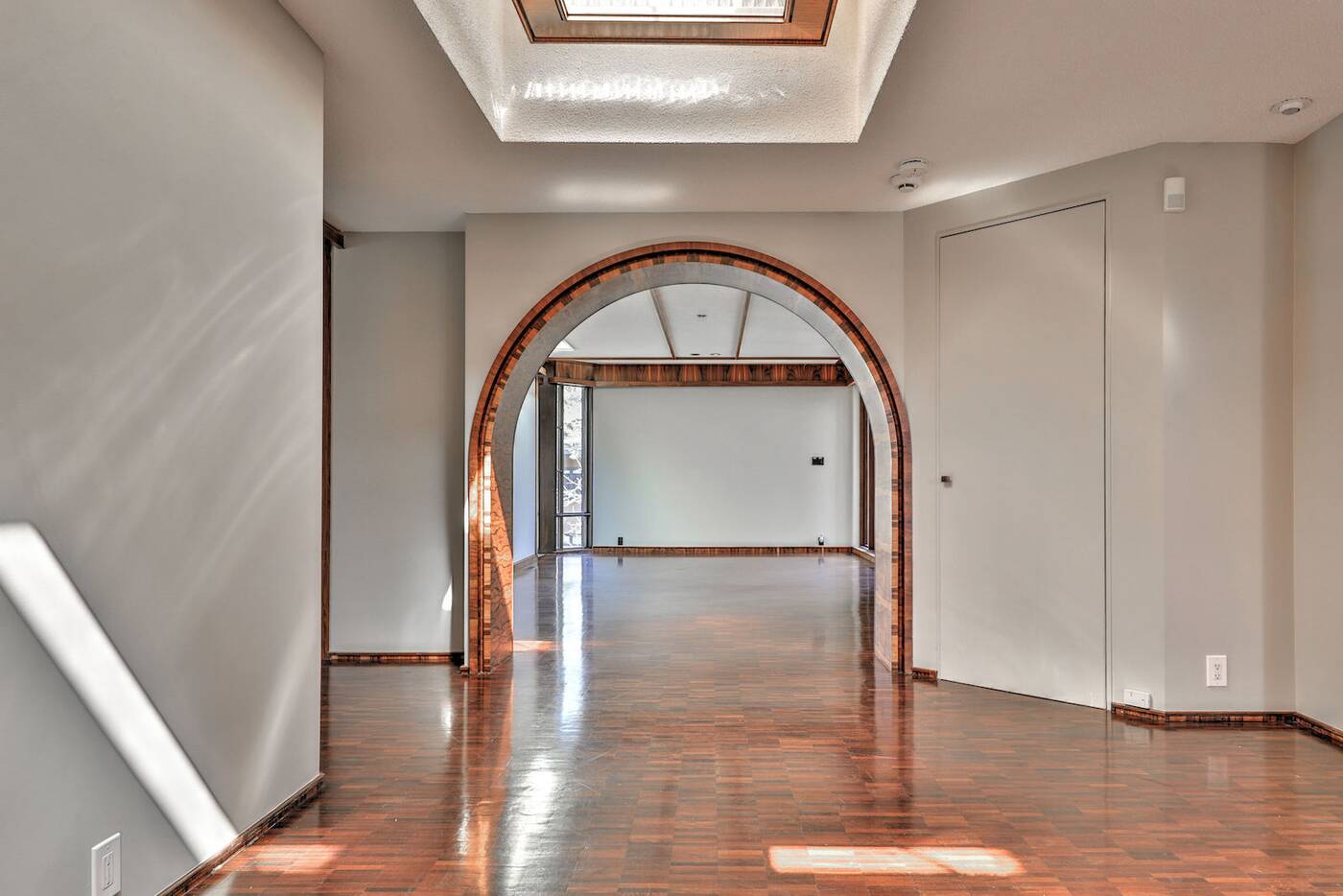 And it's easy to see why the famous rock stars decided to use this as their temporary home. The Frank Lloyd Wright-inspired home sits on a whopping 2.25 acre ravine lot overlooking the Credit River. 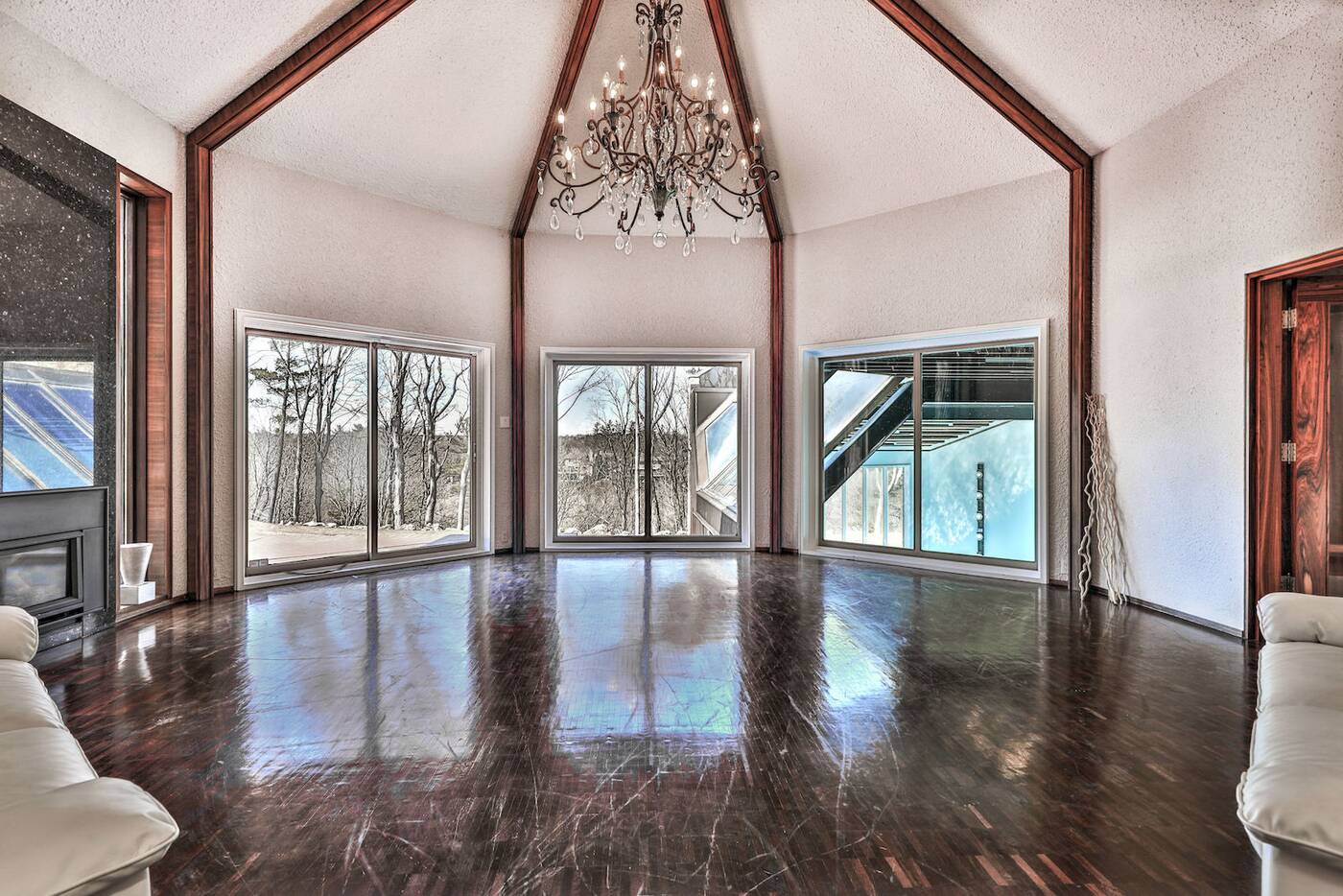 It was built in 1978 by Montreal architect Frederic Roman after the original owner turned down eight other architects' plans. The whole place took 18 months to build, and man, is it stunning. 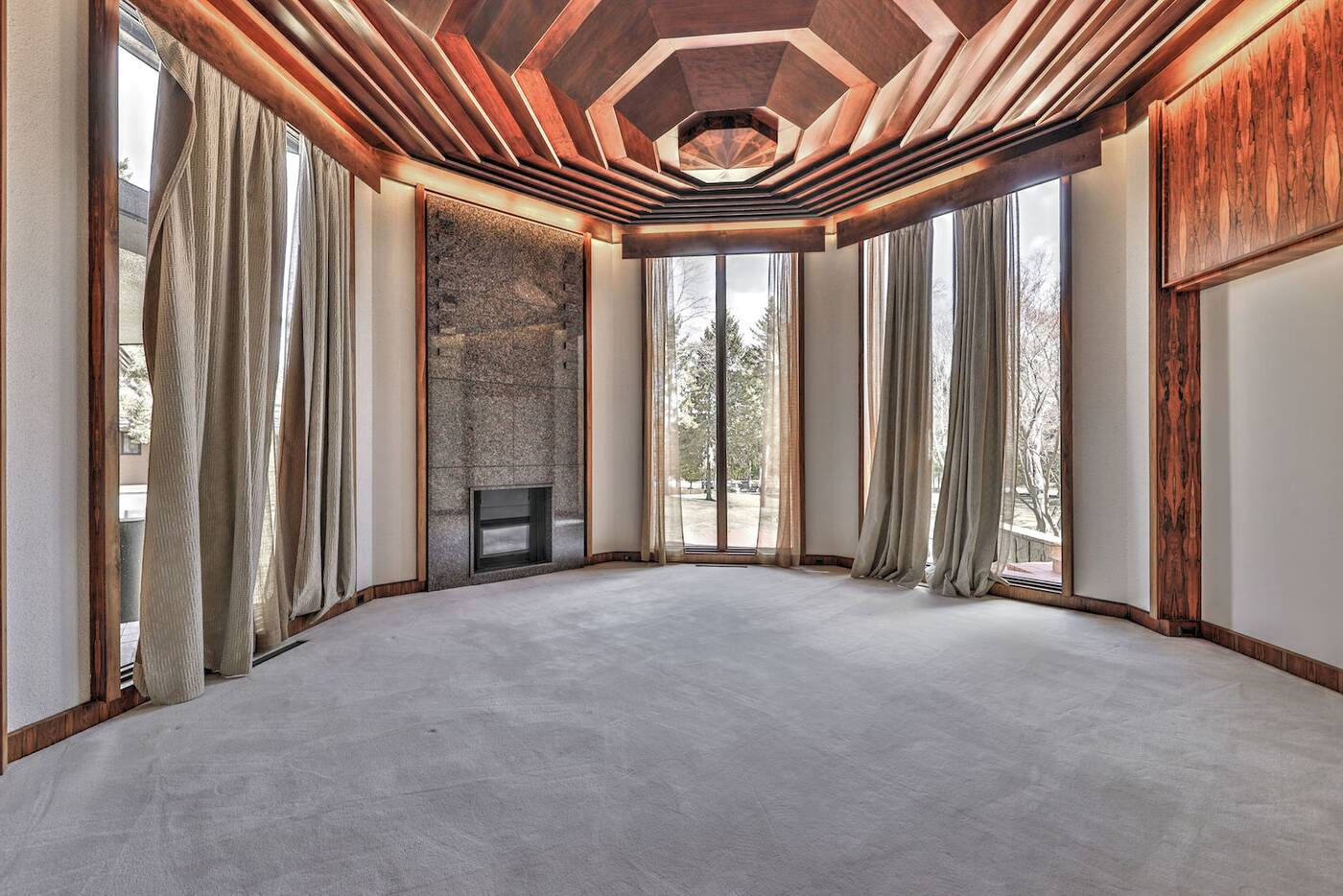 It's unique with the use of indigenous materials like Appalachian stone from Quebec and huge octagonal rooms. The floor-to-ceiling windows flood the house with sunlight. The rosewood accents provide warmth, as do all the fireplaces. 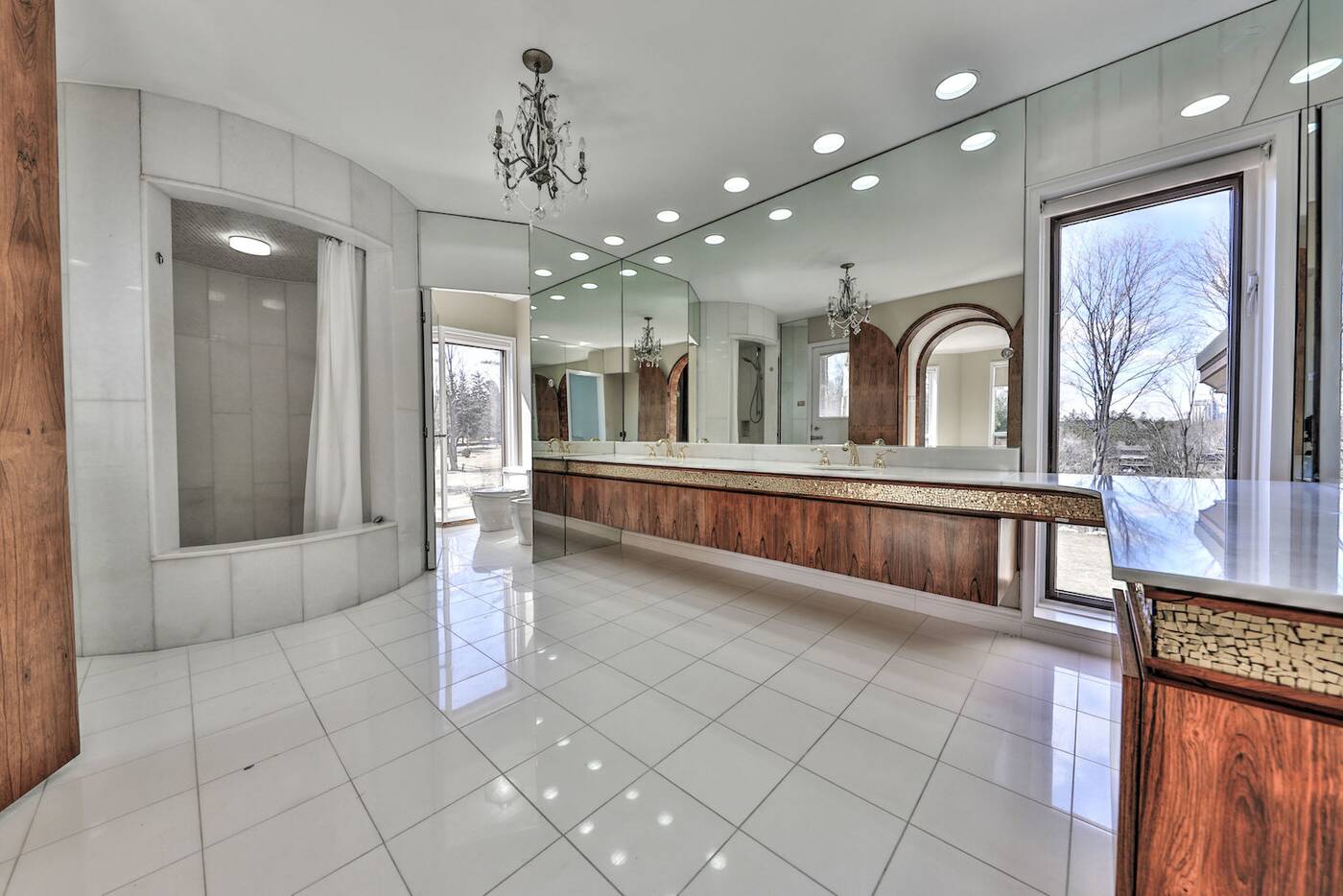 The house is almost bungalow-esque, with most of the bedrooms being on the ground floor. Each have their own bathroom, study and private patio. 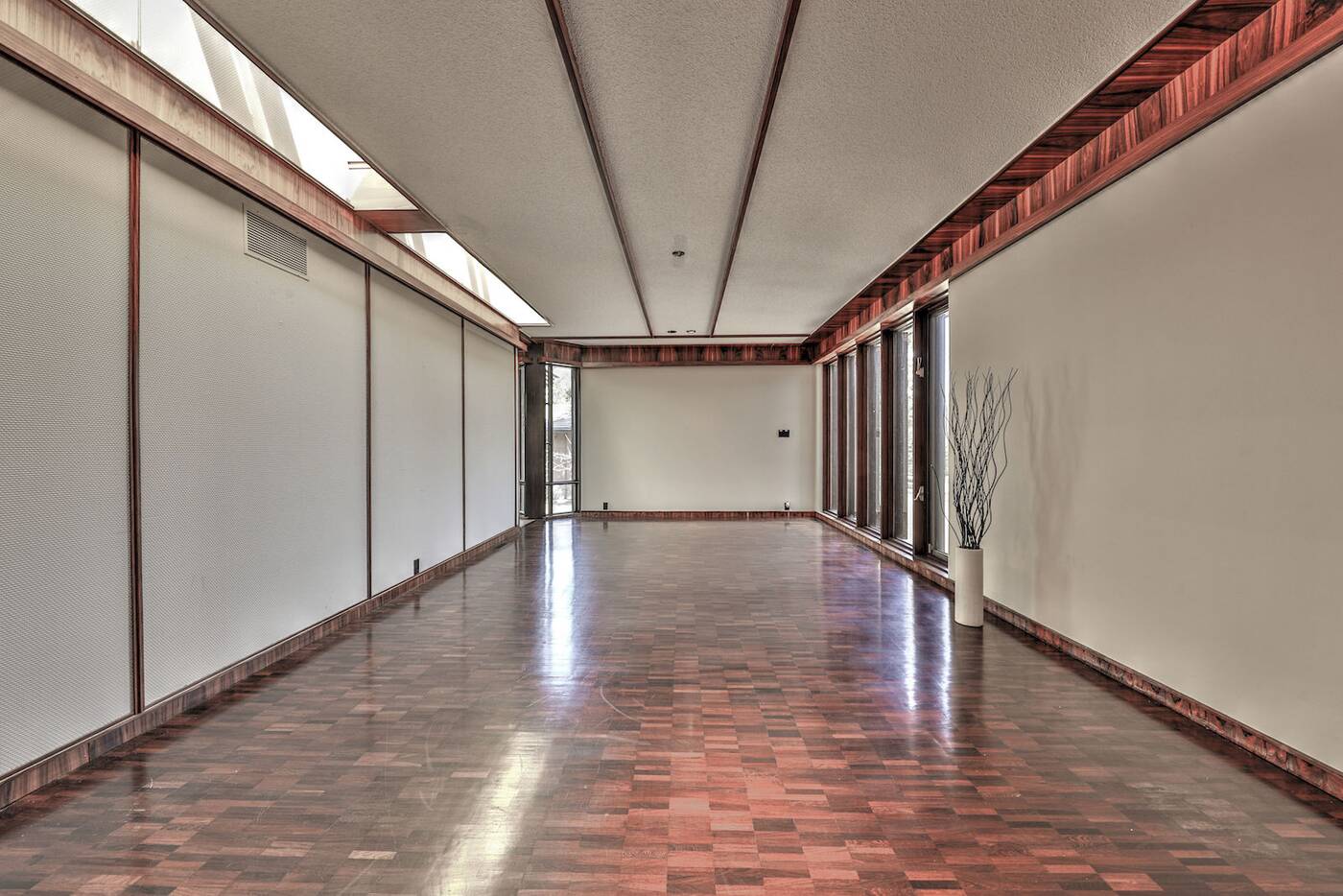 Also on the main floor is the den, living room, dining room, kitchen and family room. The spaces are open concept with soaring ceilings and lots of light, thanks to the numerous skylights. 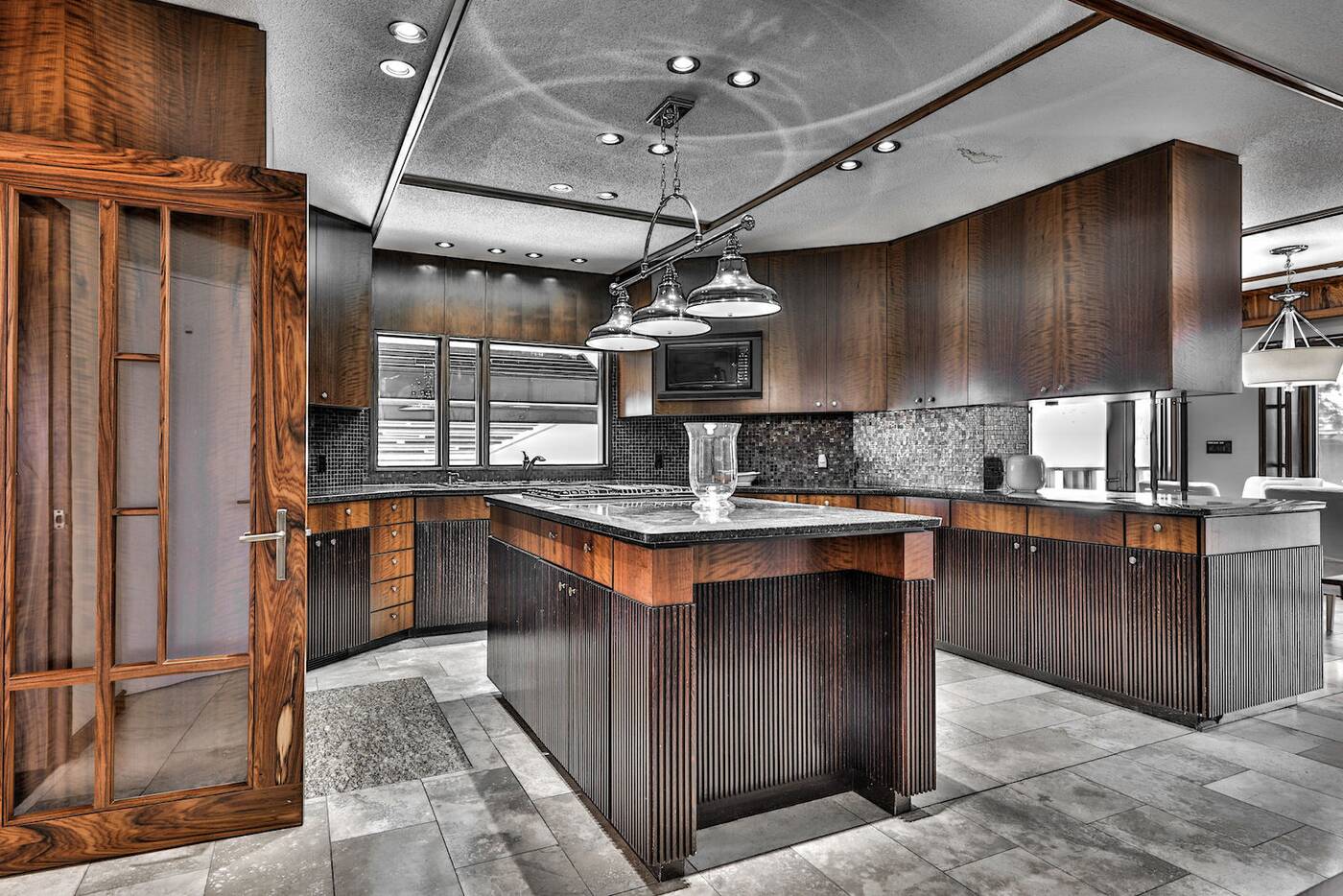 The kitchen is retro with funky wood cabinetry. 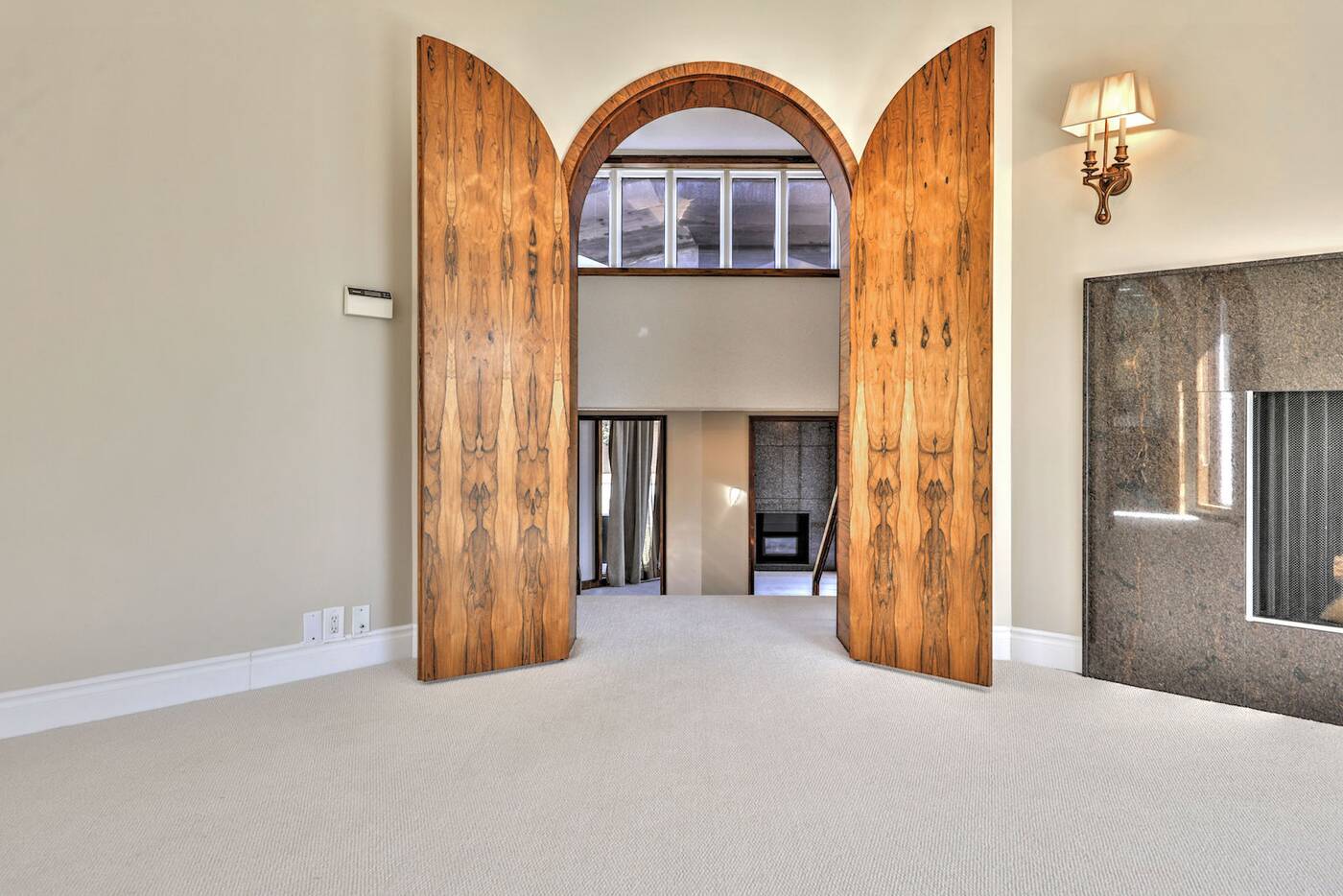 The octagonal master bedroom is on the second floor through a huge set of wood doors. It comes complete with its own five-piece en suite bathroom. 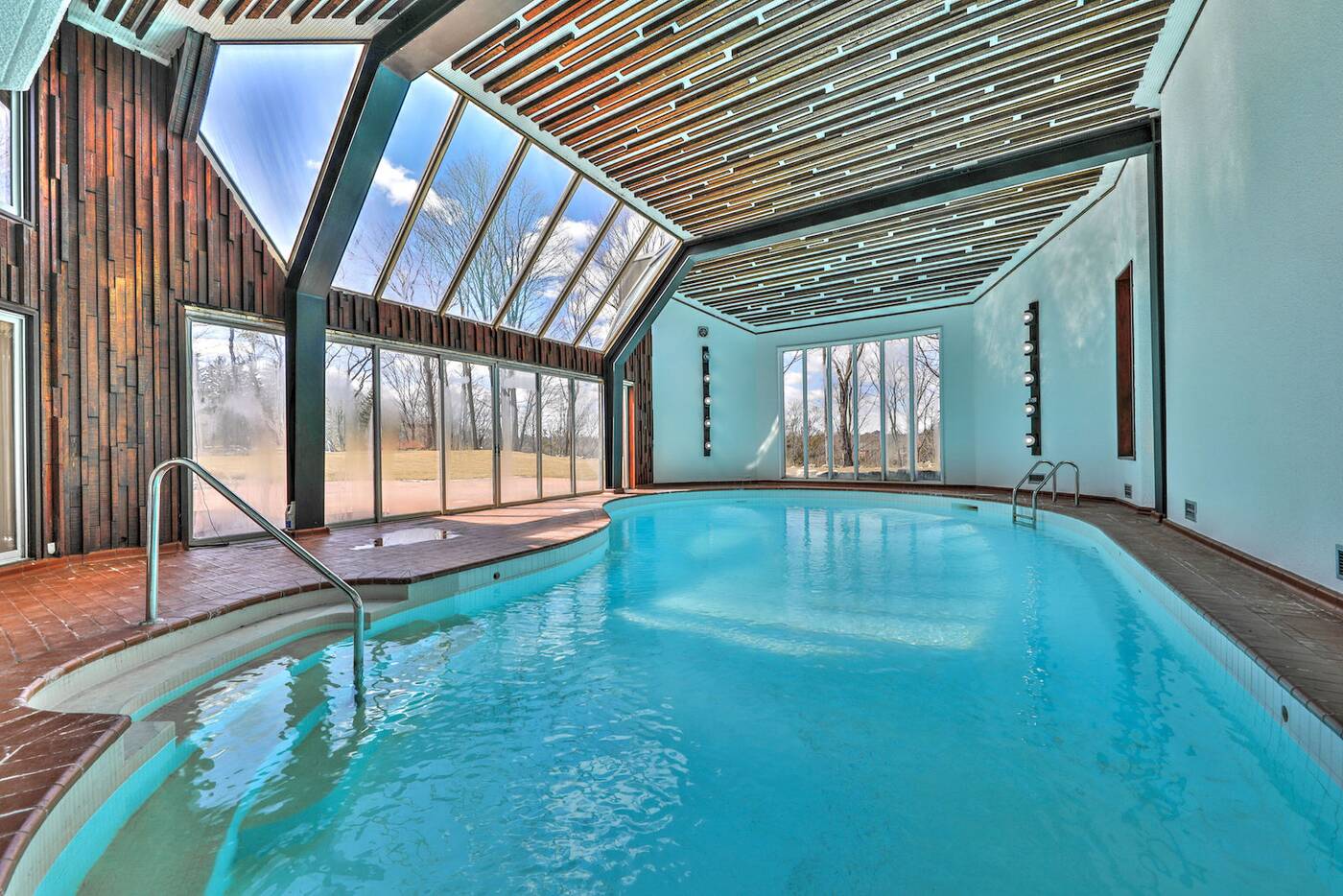 On the lower level, there's an exercise room and a pool. 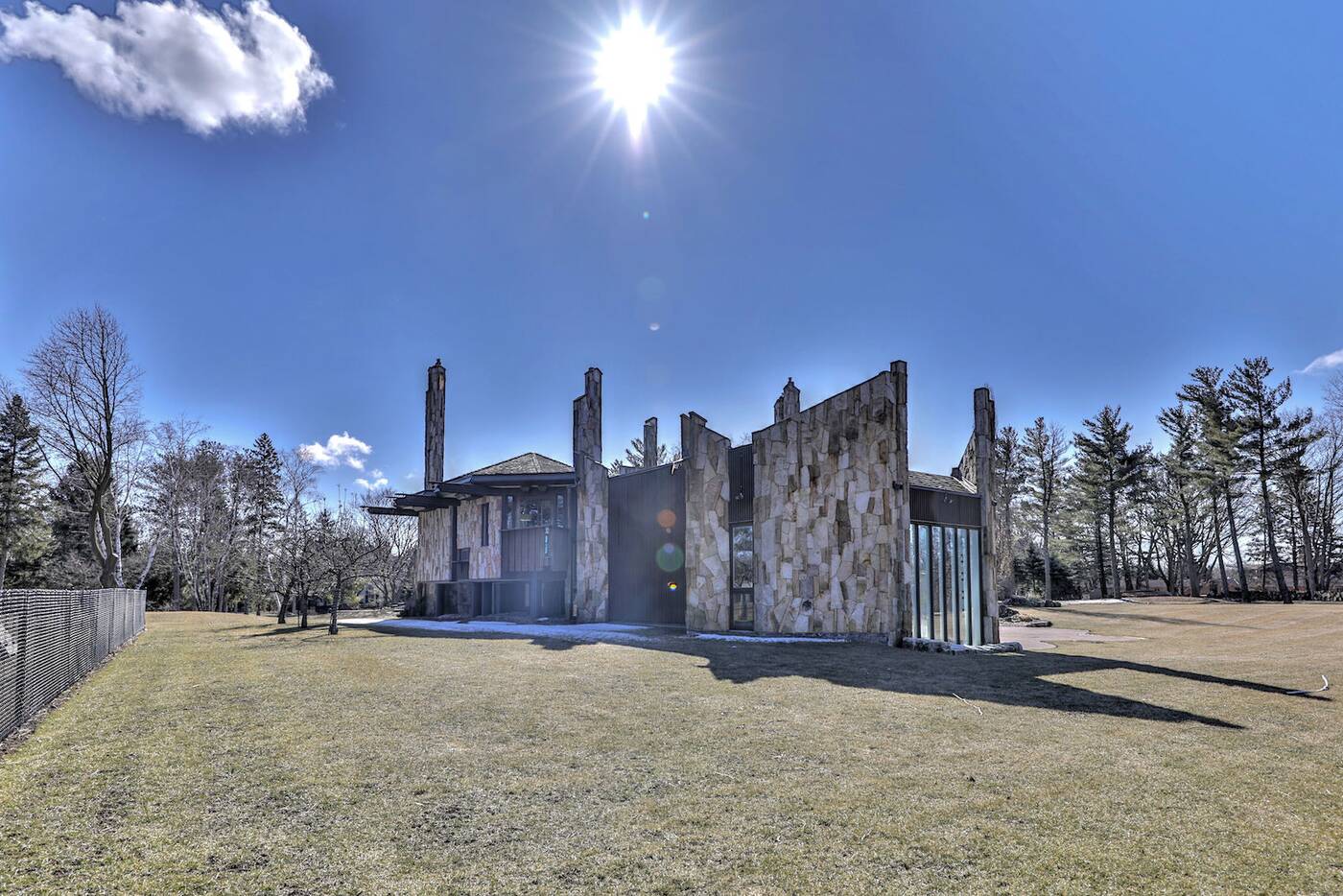 Outside, there's a huge property with lots of trees. The house with the stone turrets blends seamlessly with the surrounding nature, making it resemble a Northern Ontario landscape. 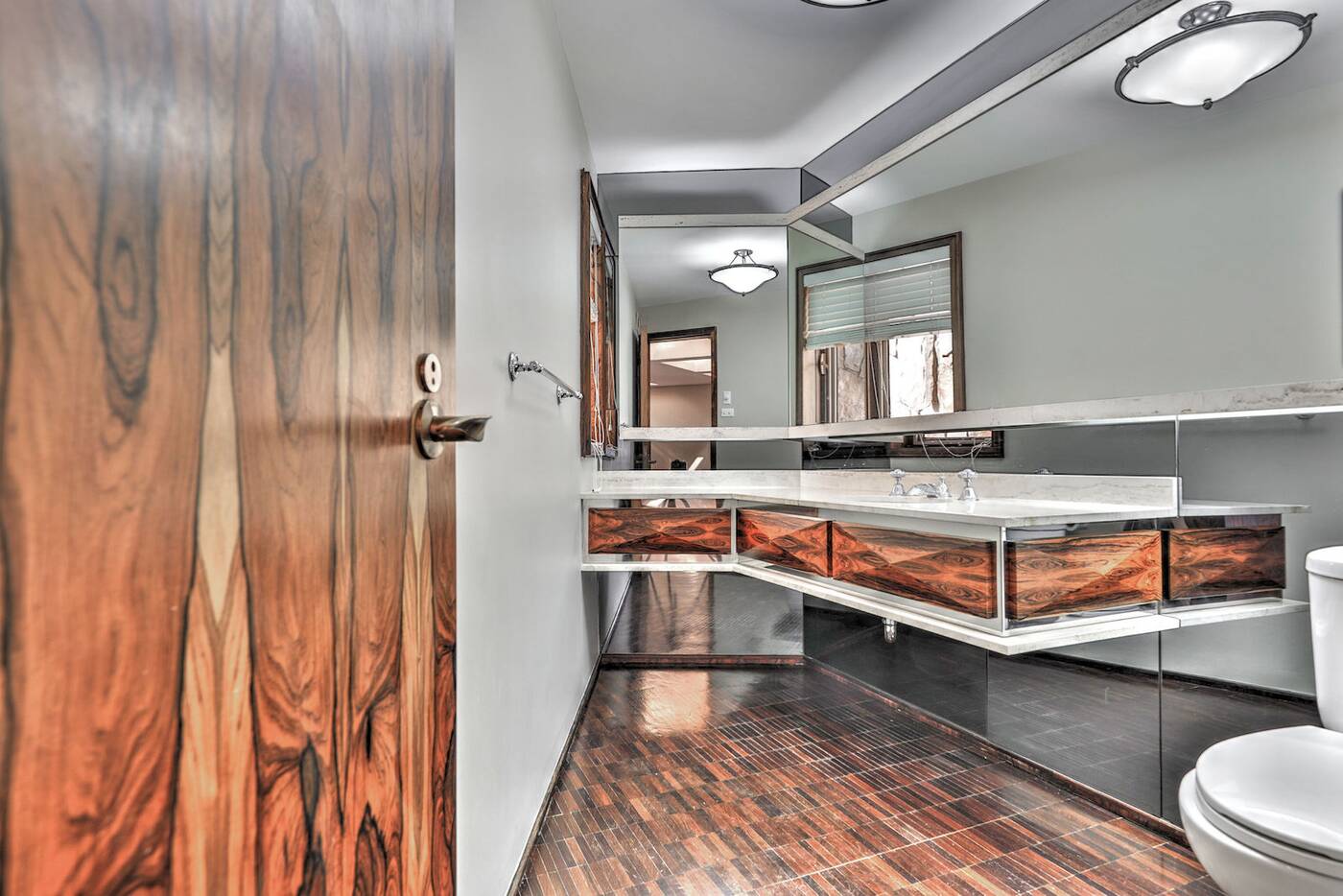 Living like rock stars. There's over 10,000 square-feet of living space, so even if you're in a spat with your bandmates, you can sequester yourself off for a bit. Also if it was good enough for the Stones, it's good enough for anyone who wants to party like the best of them. 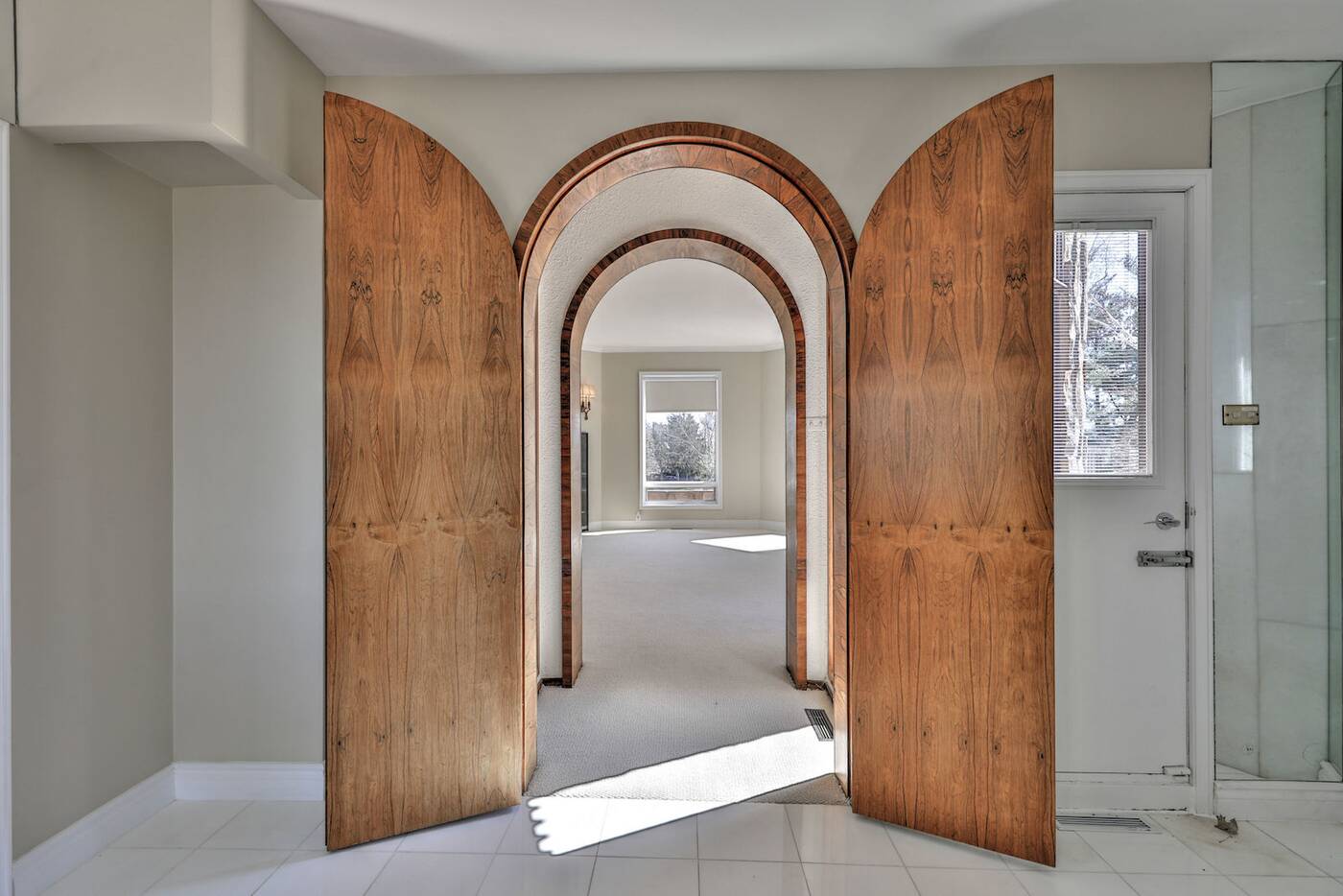 Mississauga isn't rock and roll enough for you. The suburbs are known for soccer moms and Costco, so if this doesn't vibe with your lifestyle, I get it. 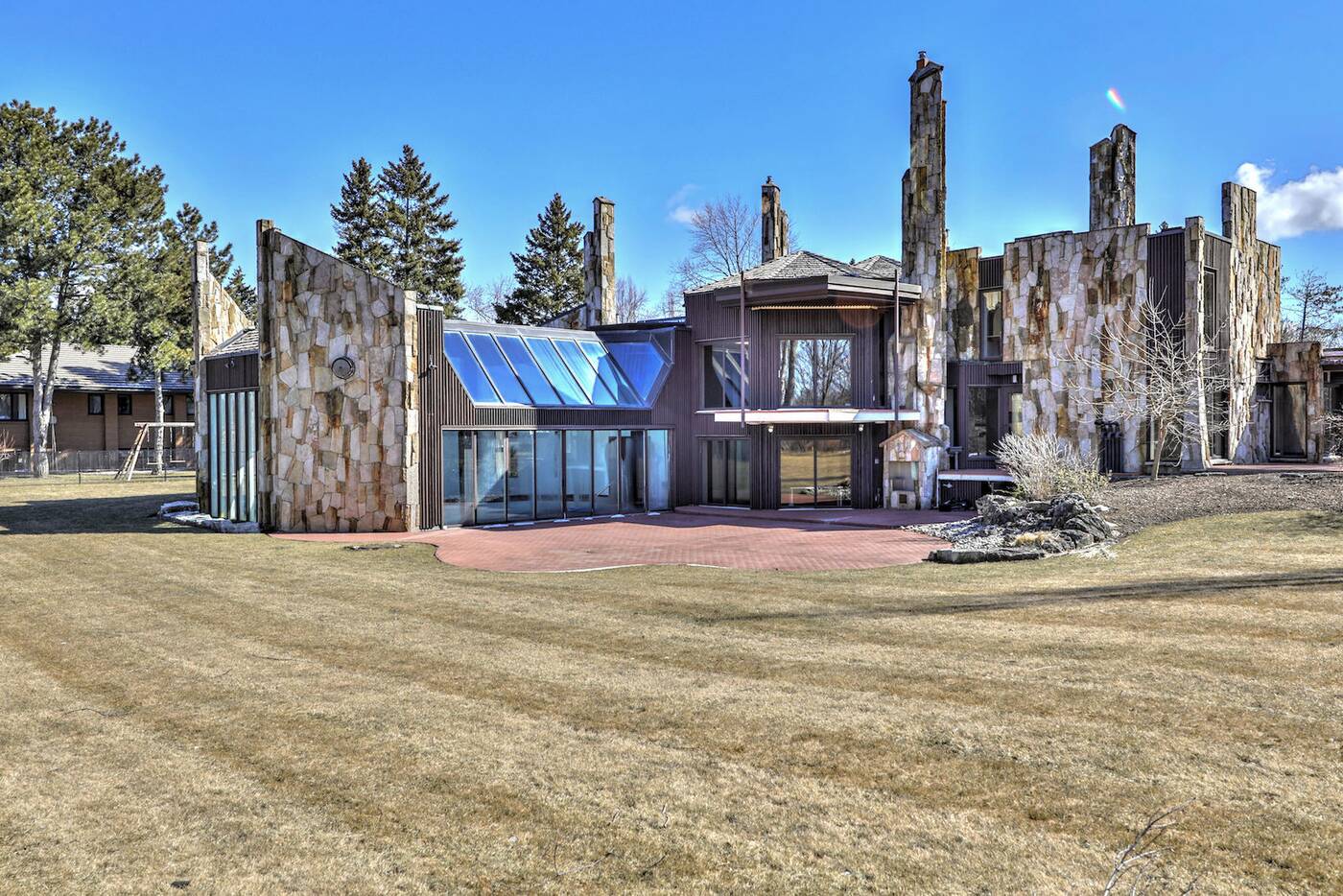