Tiny Toronto apartment has only a shelf to sleep on

Today in "real estate listings that seem fake but aren't," we have a ridiculously cozy Cabbagetown bachelor that can't fit a bed, but does have a storage shelf with enough space for at least one human body.

The unit, listed on Kijiji just hours ago, is described as a "cute little bachelor" at Carlton and Sherbourne. Little is right, but cute? Not so much, unless you dig hot plates and rusty ladders. 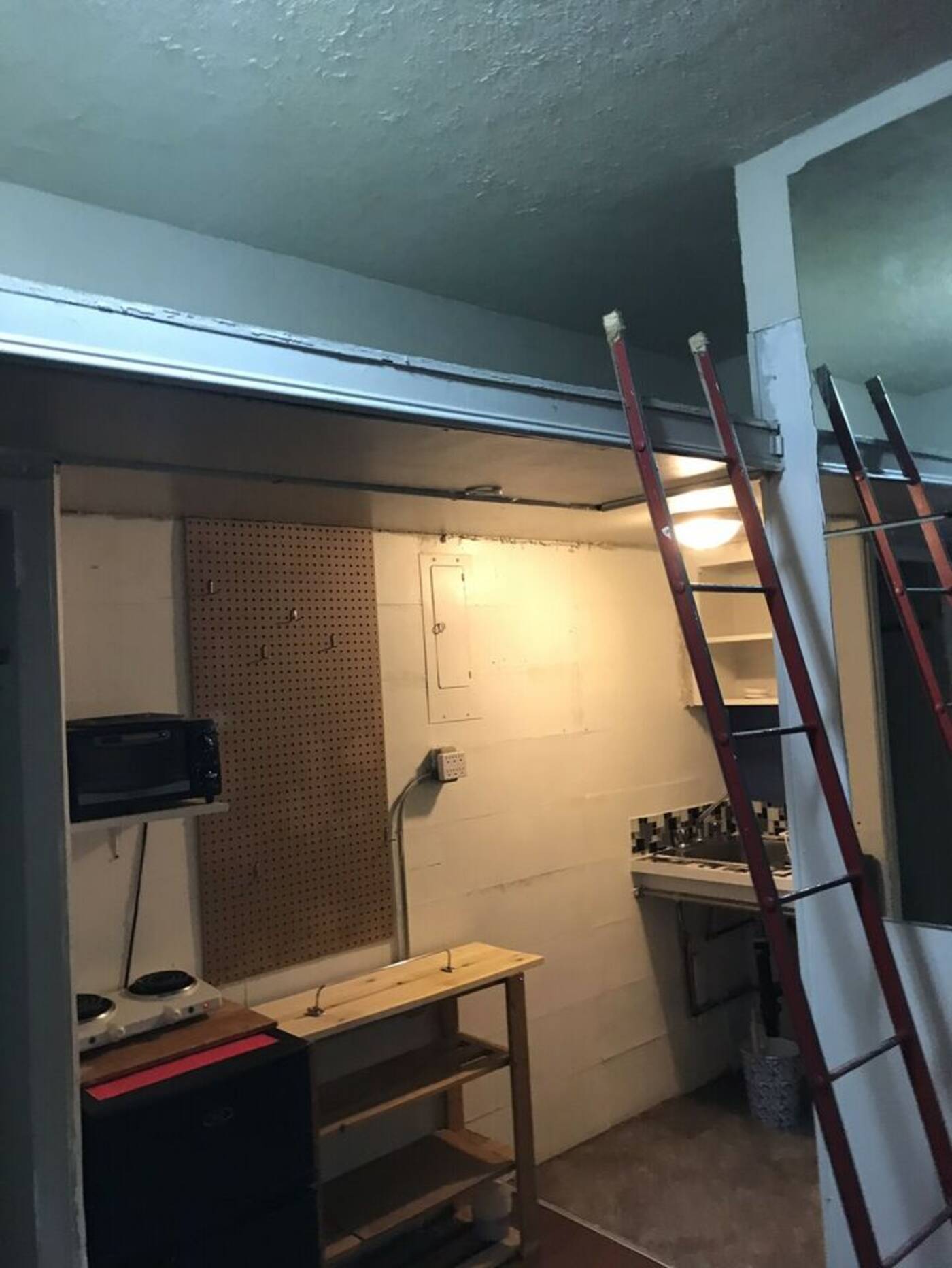 If you're looking to save cash, the price is right at just $1,100 a month—less than half the average rent for a one-bedroom apartment in Toronto right now.

If you're looking to bathe in a tub that'll make you feel cleaner, (as opposed to dirtier), have more than one person over at a time, (aside from yourself), or be even reasonably comfortable coming home at night, take a pass. 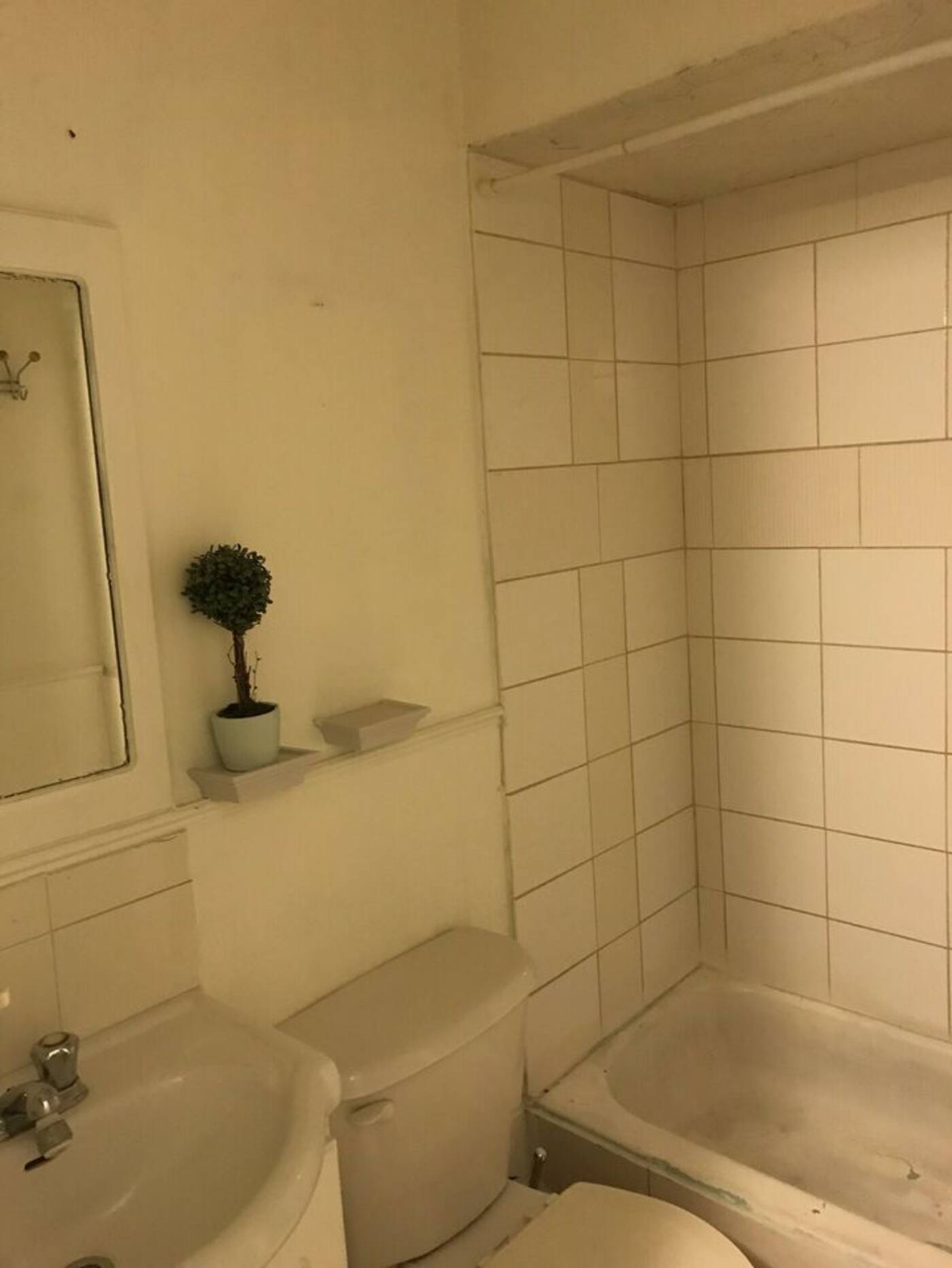 On Kijiji, the apartment's owner boasts of "high ceilings" and a "loft area" with room for a single mattress or storage.

To access said loft, which would serve as your bedroom judging by an absence of space anywhere else, you would have to climb a single ladder with metal rods for steps.

The loft itself does not have a high ceiling. Rather it is a high ceiling with about two feet of vertical space in the middle that renters can slither through. 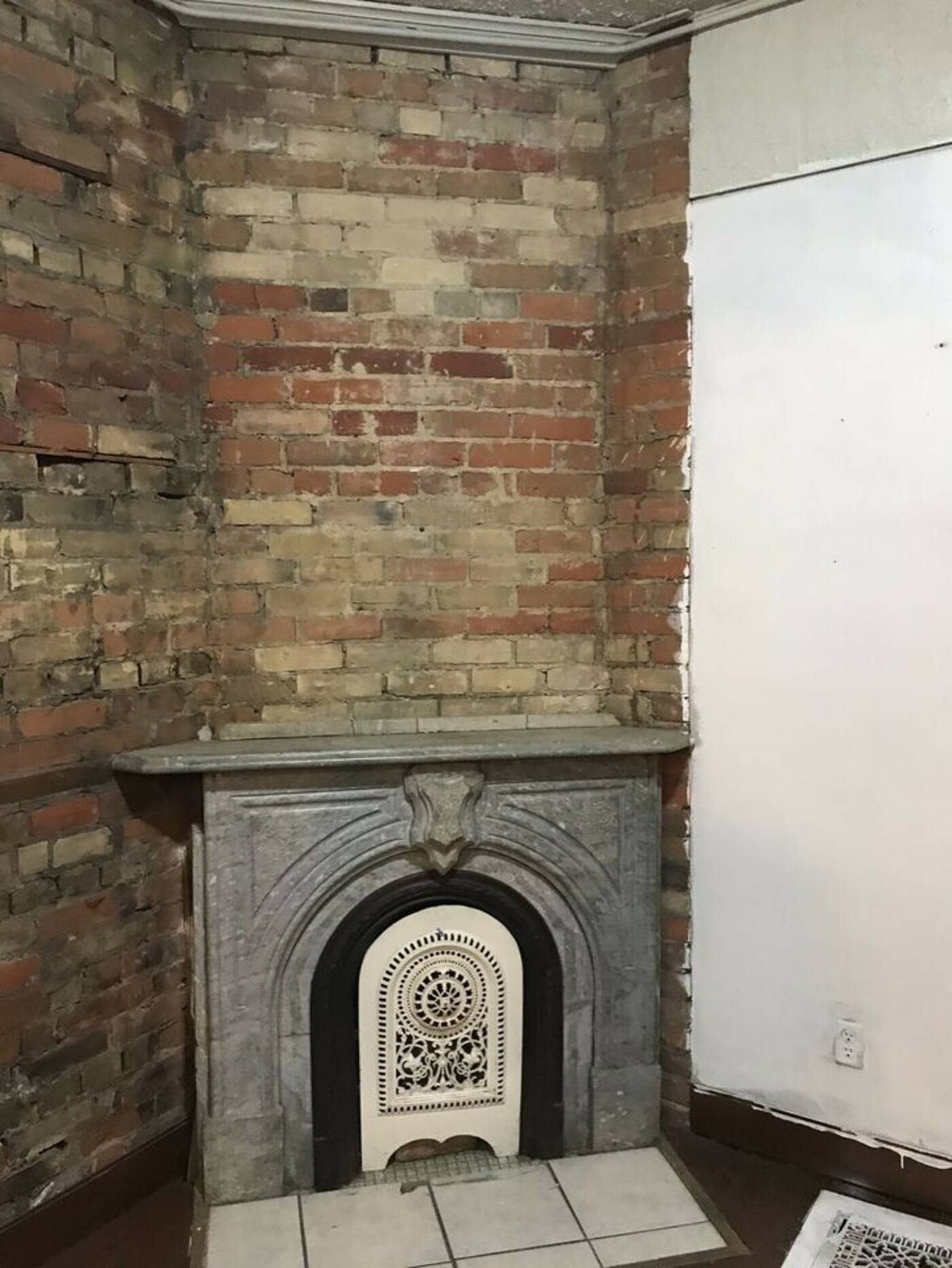 The apartment, for which an exact address has not been provided, has both a bathroom and a kitchen sink, though the latter has a bucket underneath to catch all the drips and such.

It's also got a fireplace with four and a quarter ceramic tiles. And look! Exposed brick! You're not going to find that anywhere else in the city for such a low price without roaches or bed bugs. 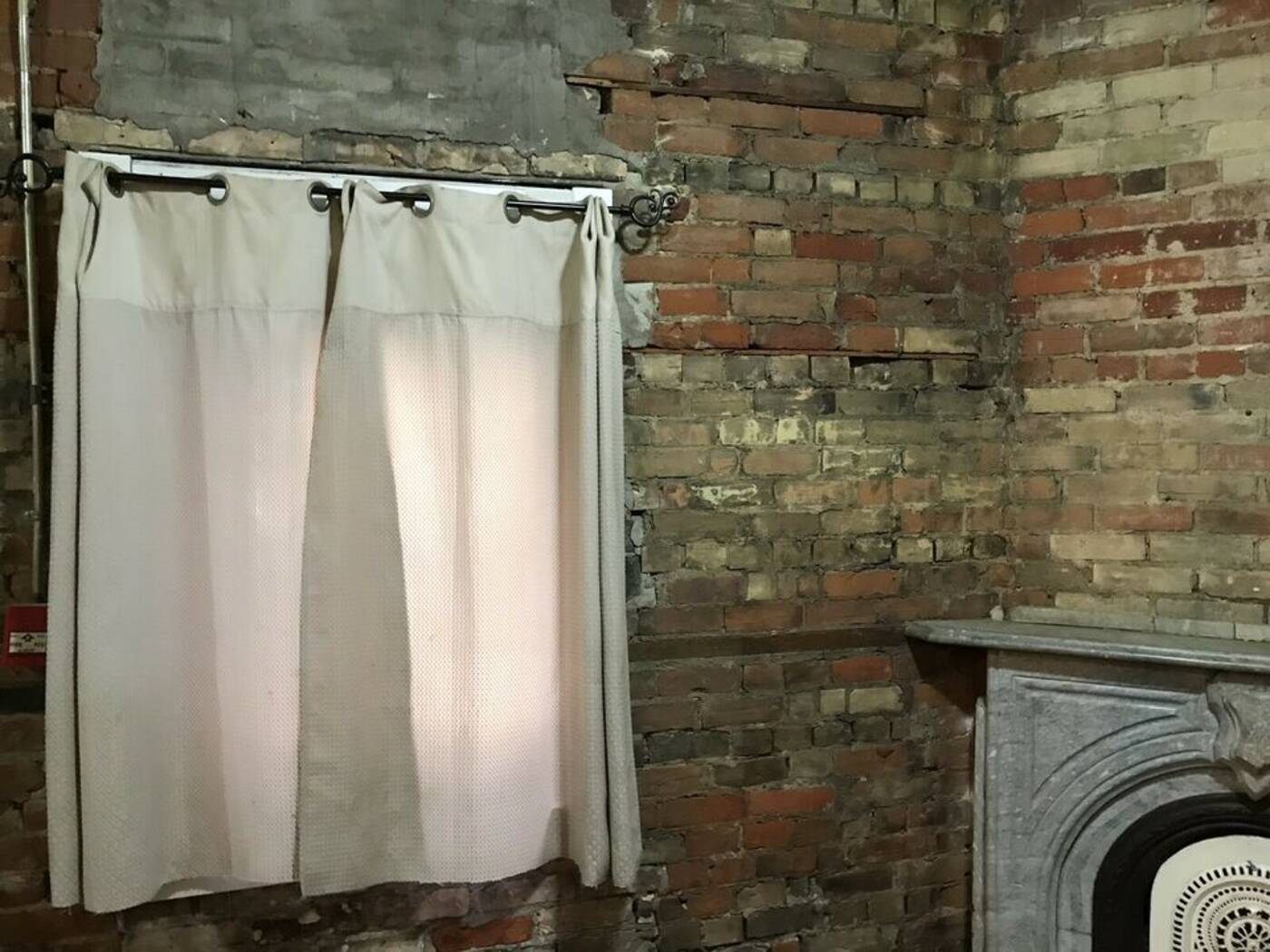 Laundry is not included, but cats are okay and it is pretty close to most major amenities.

A "juliet balcony" is listed as a feature on Kijiji, though no photos of said balcony are shown in the ad, which leaves me to believe that a tiny square window might be what the owner is talking about.

Hey, if a strip of crawl space can be described as a "loft," anything is possible.