It's amazing how exposed brick can make landlords think their dump is worth more than $1,000 a month. When I first looked at this place I thought: "Oh at least it has carpet!" 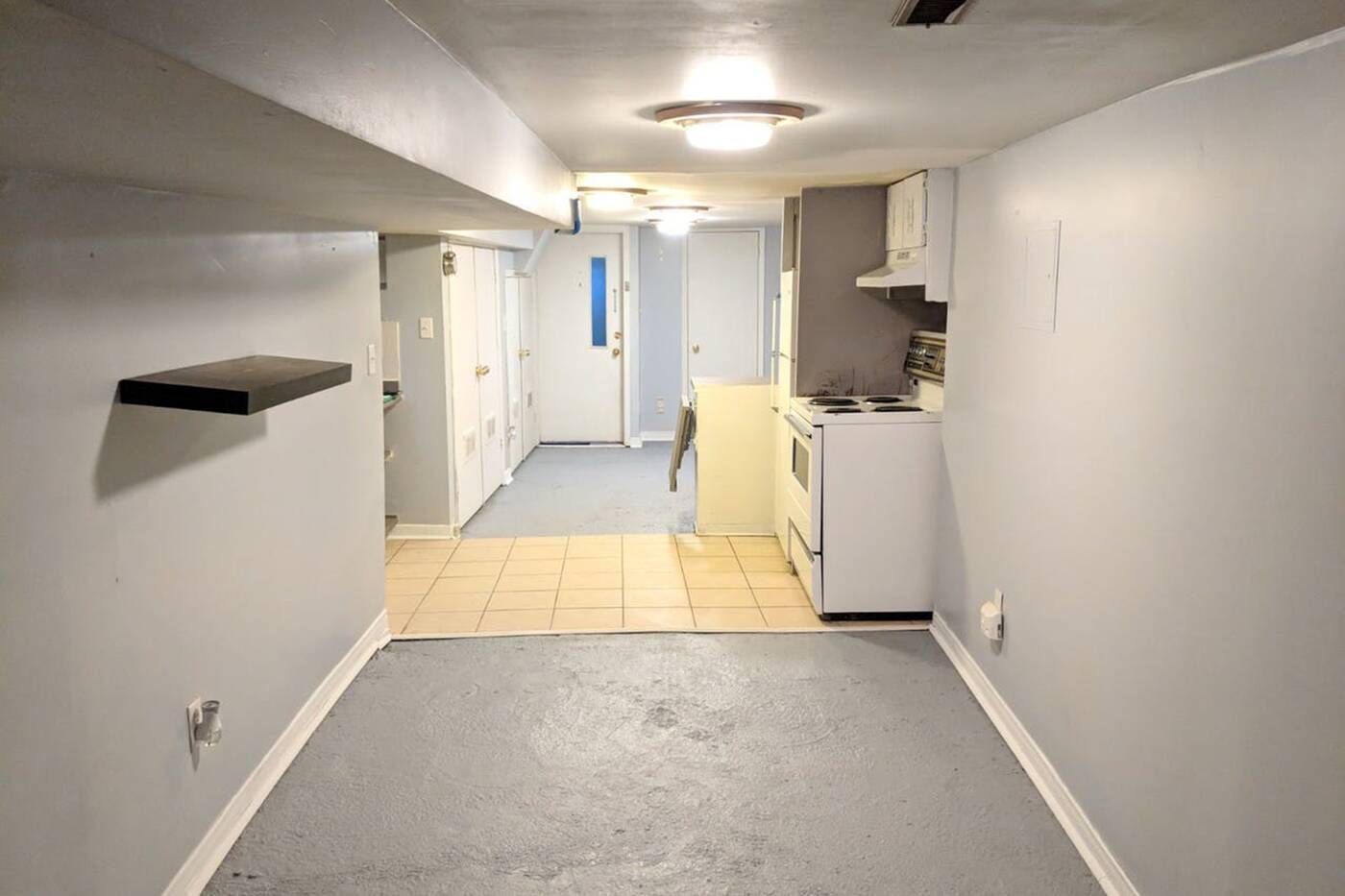 And then I zoomed in. 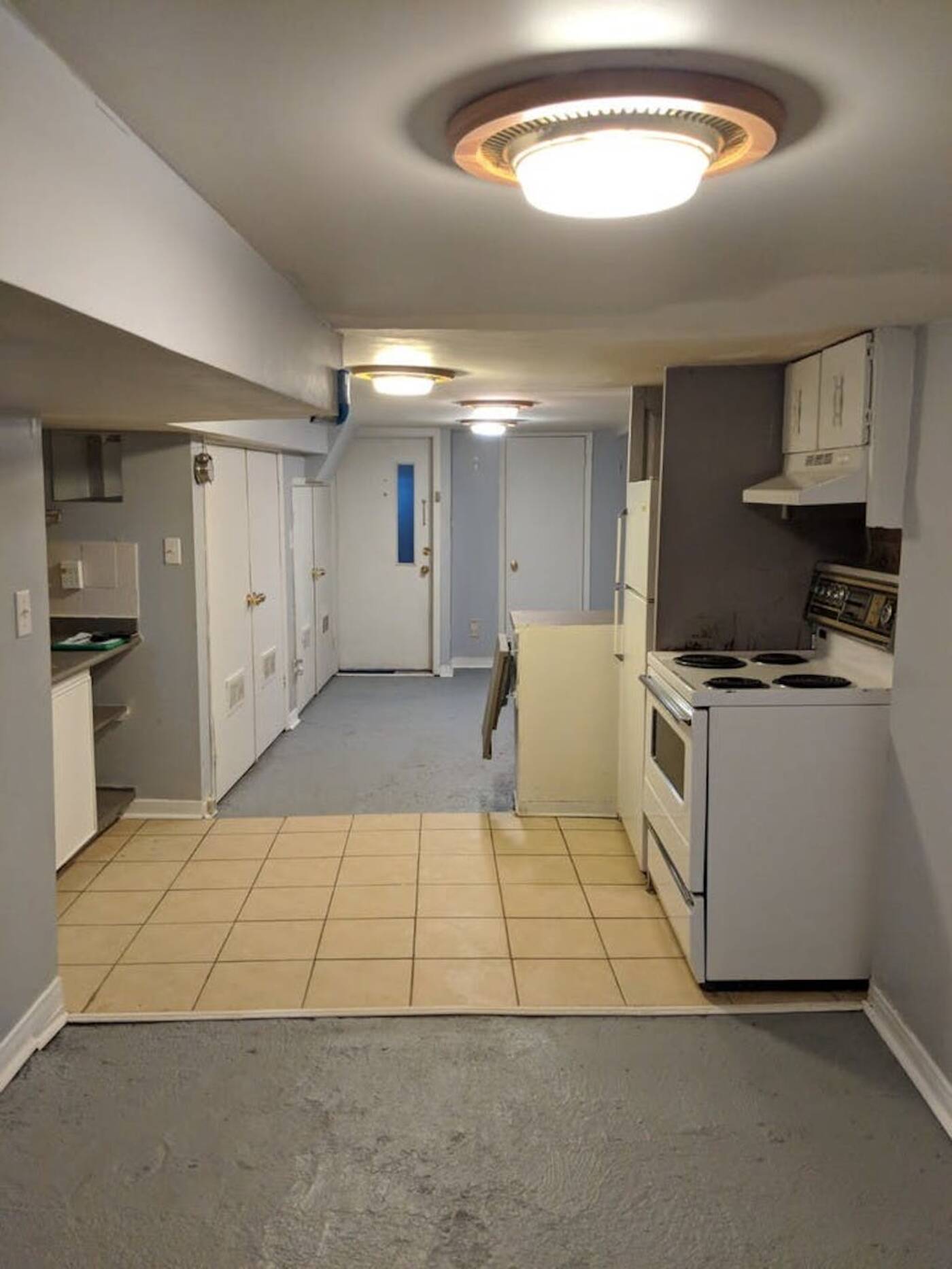 It's not carpet. It's just grey concrete. That's even more depressing than I originally thought.

But the concrete isn't even the worst part, not by far. What makes this place even sadder than a Charlie Brown Christmas is the fact that it doesn't have a single window.

But, maybe they've set it up so it's like a casino. You know, windowless, so you're not aware of how long you've been in the place.

The listing (which is now deleted, as always) said you need to sign a minimum one-year lease, which is a long time to spend in the dark hovel. And, even though there's no windows, I'm pretty sure you'd be painfully aware of every waking second you live here. That lease is going to feel like an eternity. 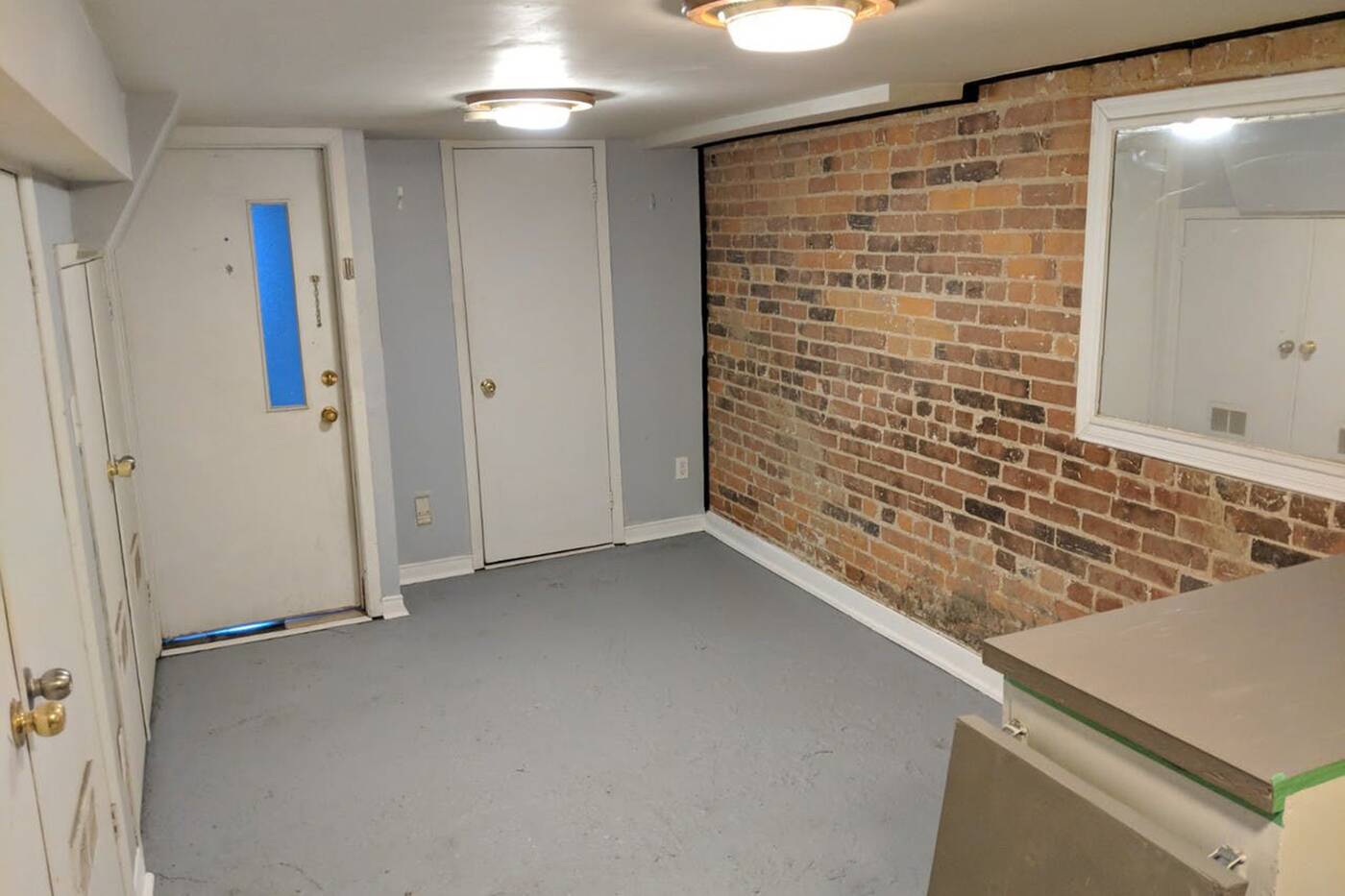 The listing didn't give much detail on the place other than the fact that it's in the basement of a multiplex near Trinity-Bellwoods. But, those photos paint a sad looking picture. 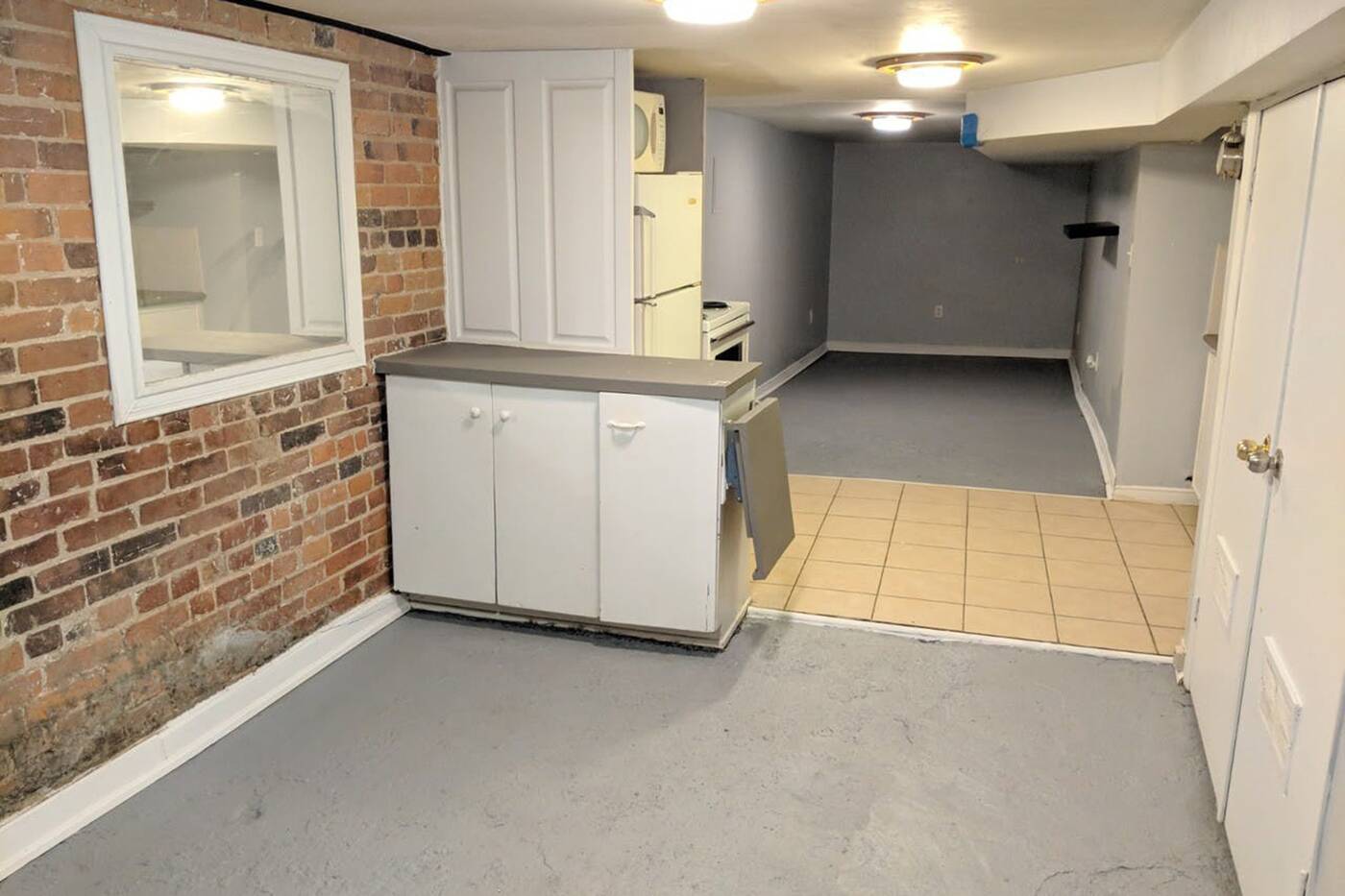 You'll notice there's a random crooked shelf hung on the wall. It's so crooked that if you tried to put anything on it, I'm pretty sure it would just slide off. 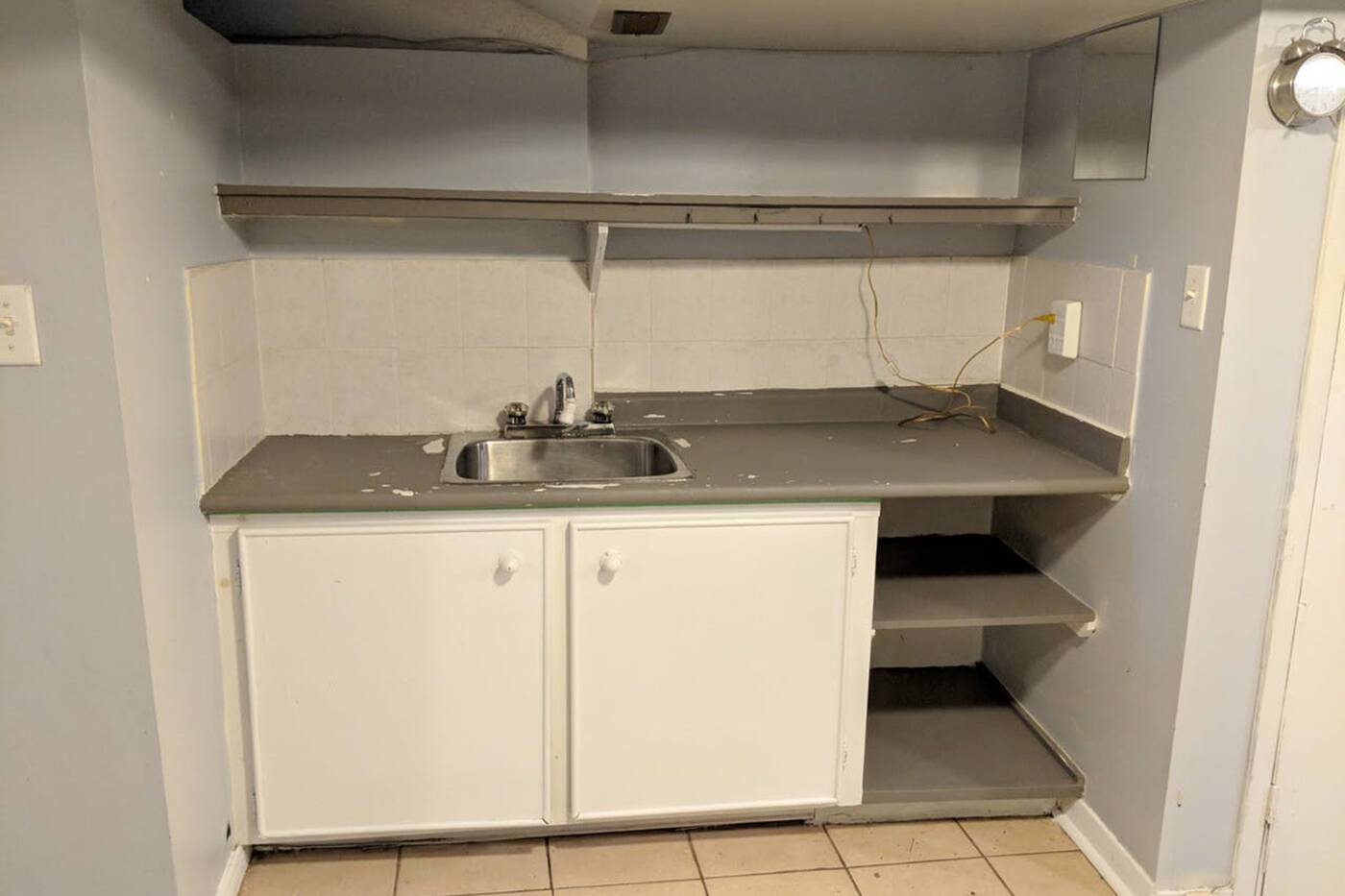 There's an old school alarm clock nailed to the wall, which is equal parts confusing and hilarious. They've used old doors to old to make a makeshift cubby for the fridge. The kitchen counters are chipped and there's exposed wiring. The laminate flooring is warped. 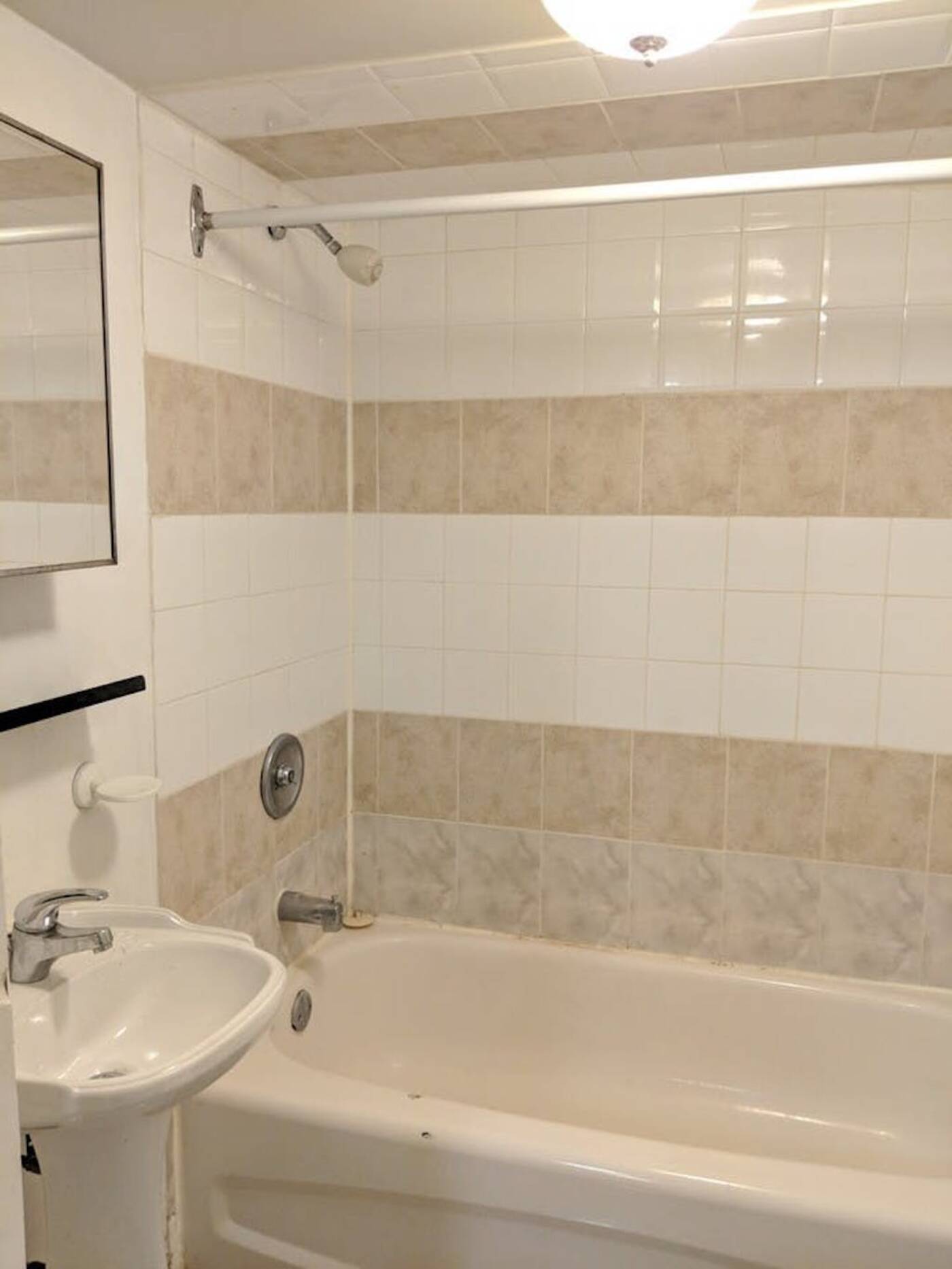 Oh, and of course, the bathroom has three types of tile, because why would you only use one type of tile when you can use three?

And this windowless cave costs $1,395 a month. At least it has a stove this time. 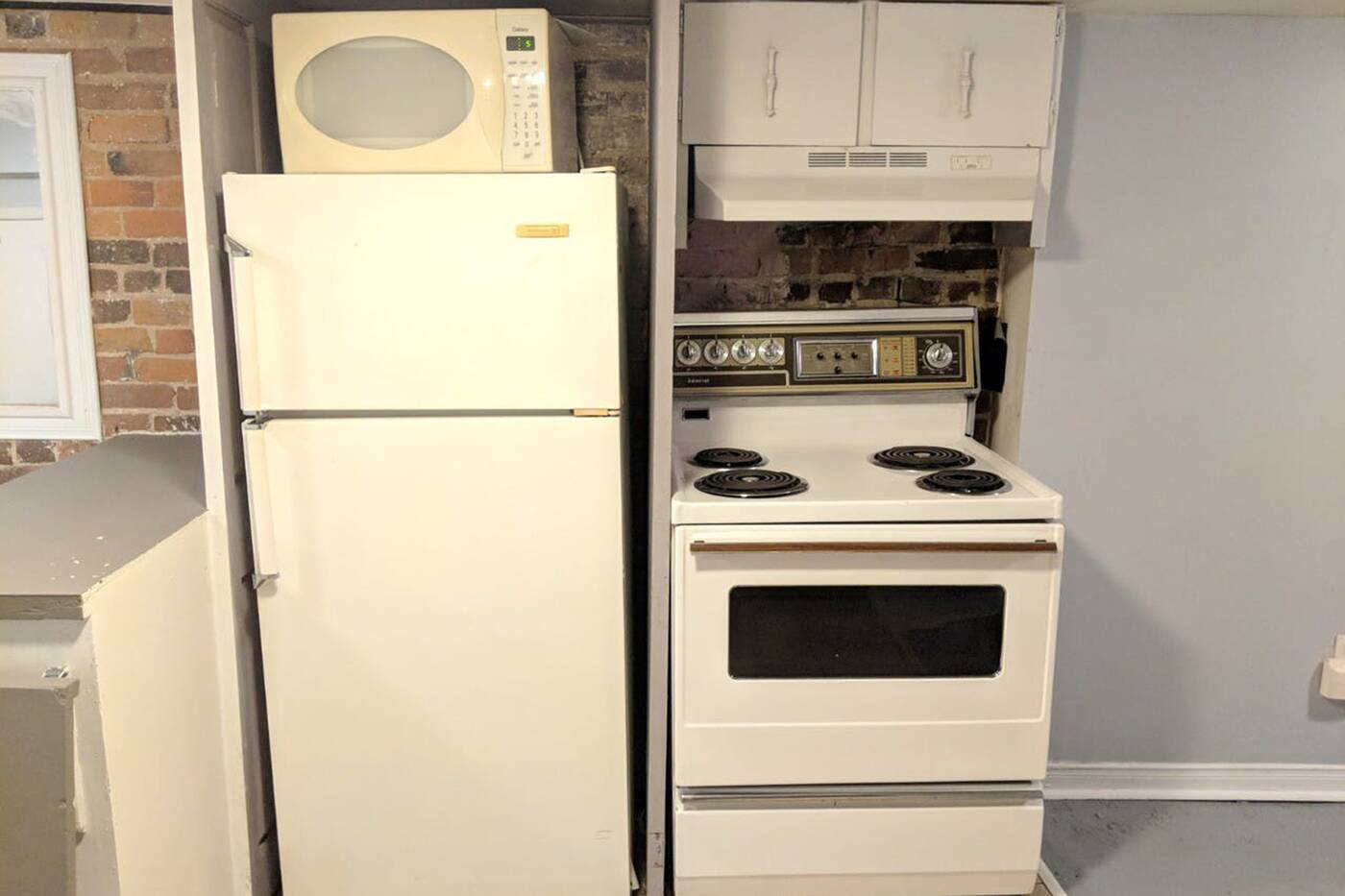 Vampires. That lack of daylight will come in handy.

You don't burst into flames when the sun shines, and your idea of temperature regulation isn't lying naked on a concrete floor during the height of summer. 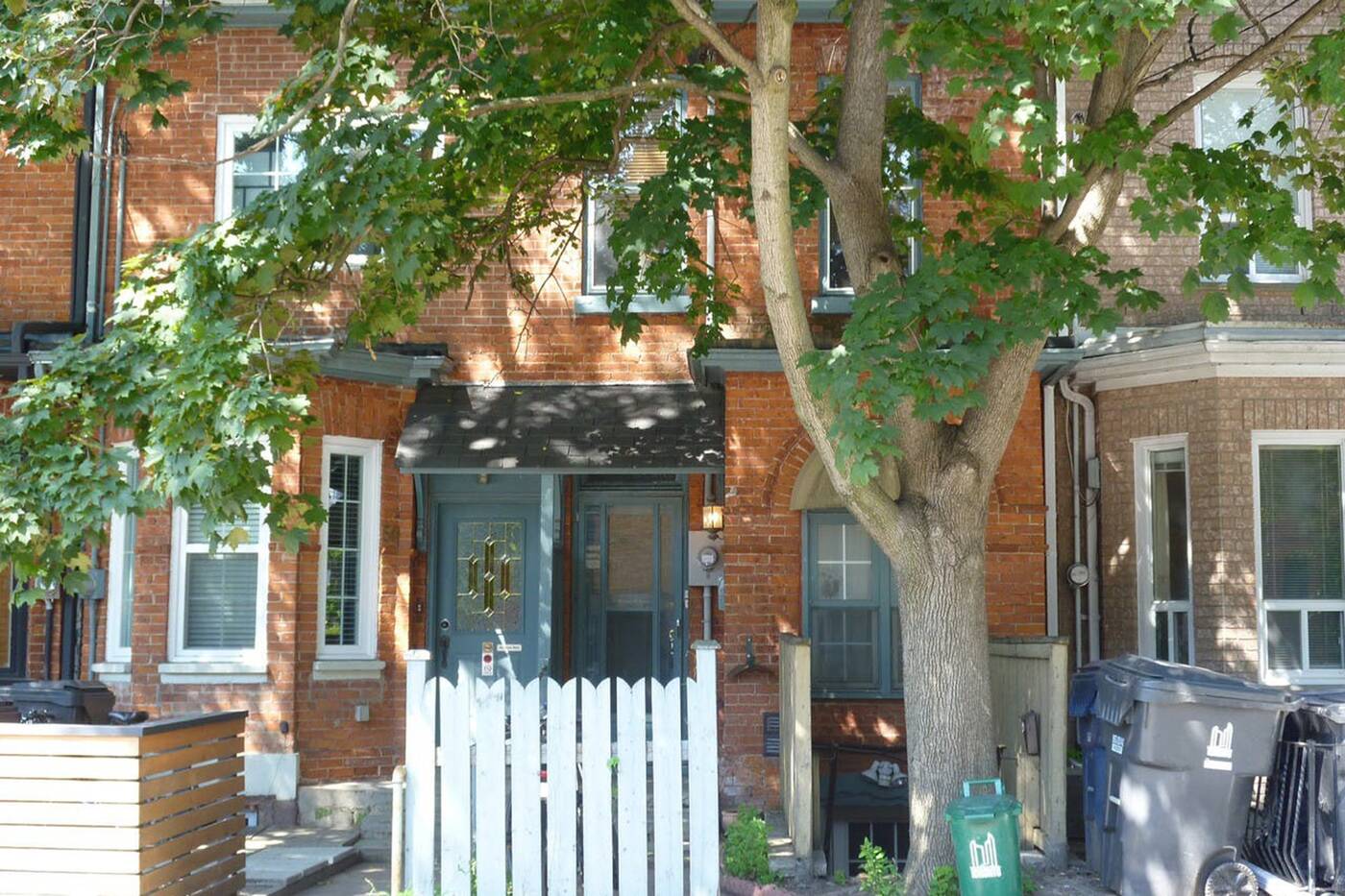