Why settle for 13 floors worth of space when you could have 66?

It's a valid question—one that the development and property management firm Canderel will be able to answer if the City of Toronto approves a rezoning submission for the 43-year-old building at 1075 Bay Street.

The commercial building, located on Bay between Bloor and Wellesley Streets, is currently home to tenants such as The Government of Ontario and a Firkin Pub at the ground level.

Canderel wants to tear it down and build in its place a 66-storey, mixed-use residential, office and commercial complex designed by the acclaimed architects at Hariri Pontarini. 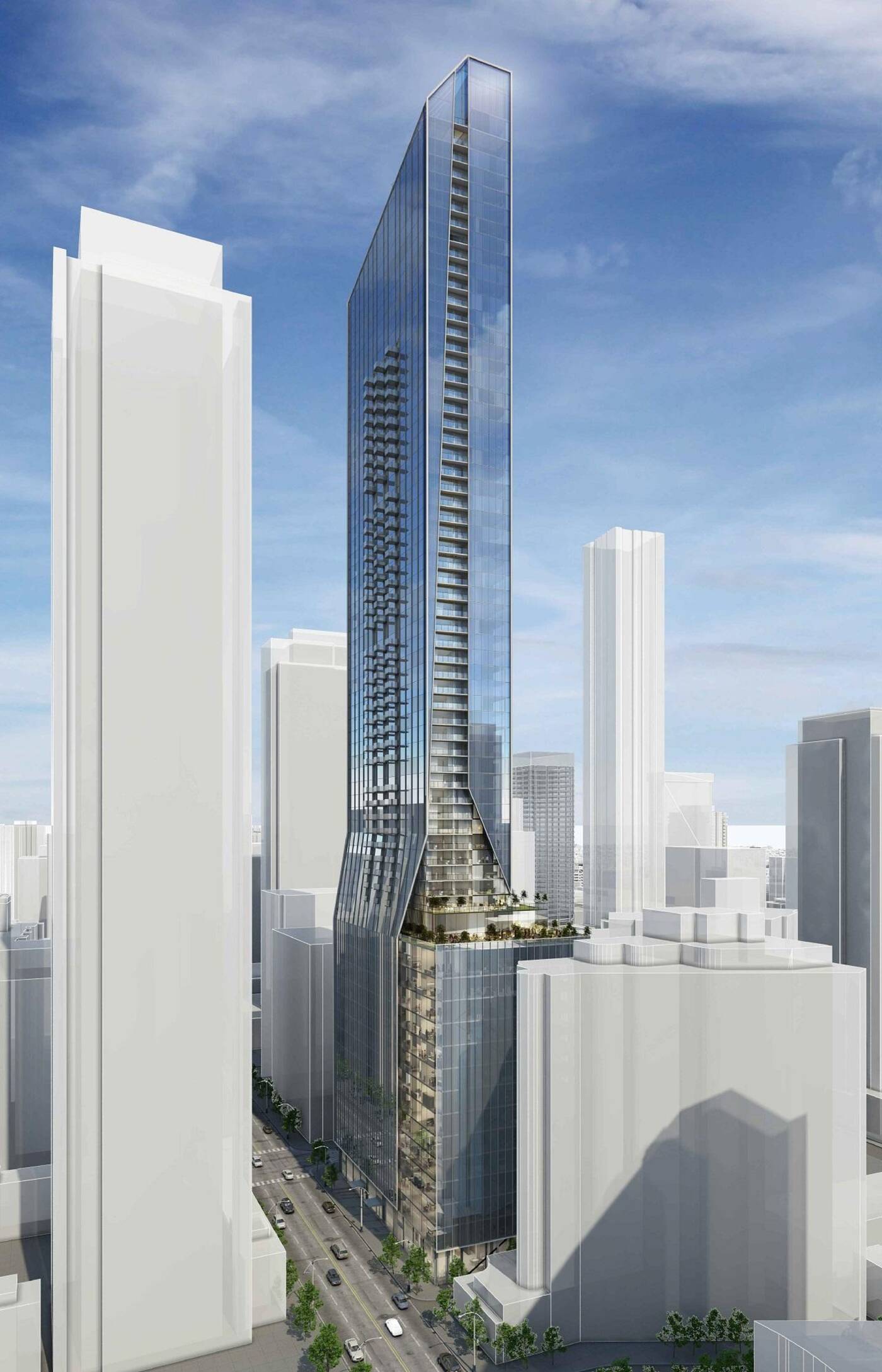 Rising roughly 234 metres high, the development would add 528 new condo units to the heart of downtown Toronto. It would also boast roughly 24,460 square metres of office space and have some retail space at ground level if approved as-is.

Renderings submitted to the City of Toronto earlier this month show a striking, predominately glass tower that, as Urban Toronto points out, "would add a significant new peak to the Bloor-Yorkville skyline." 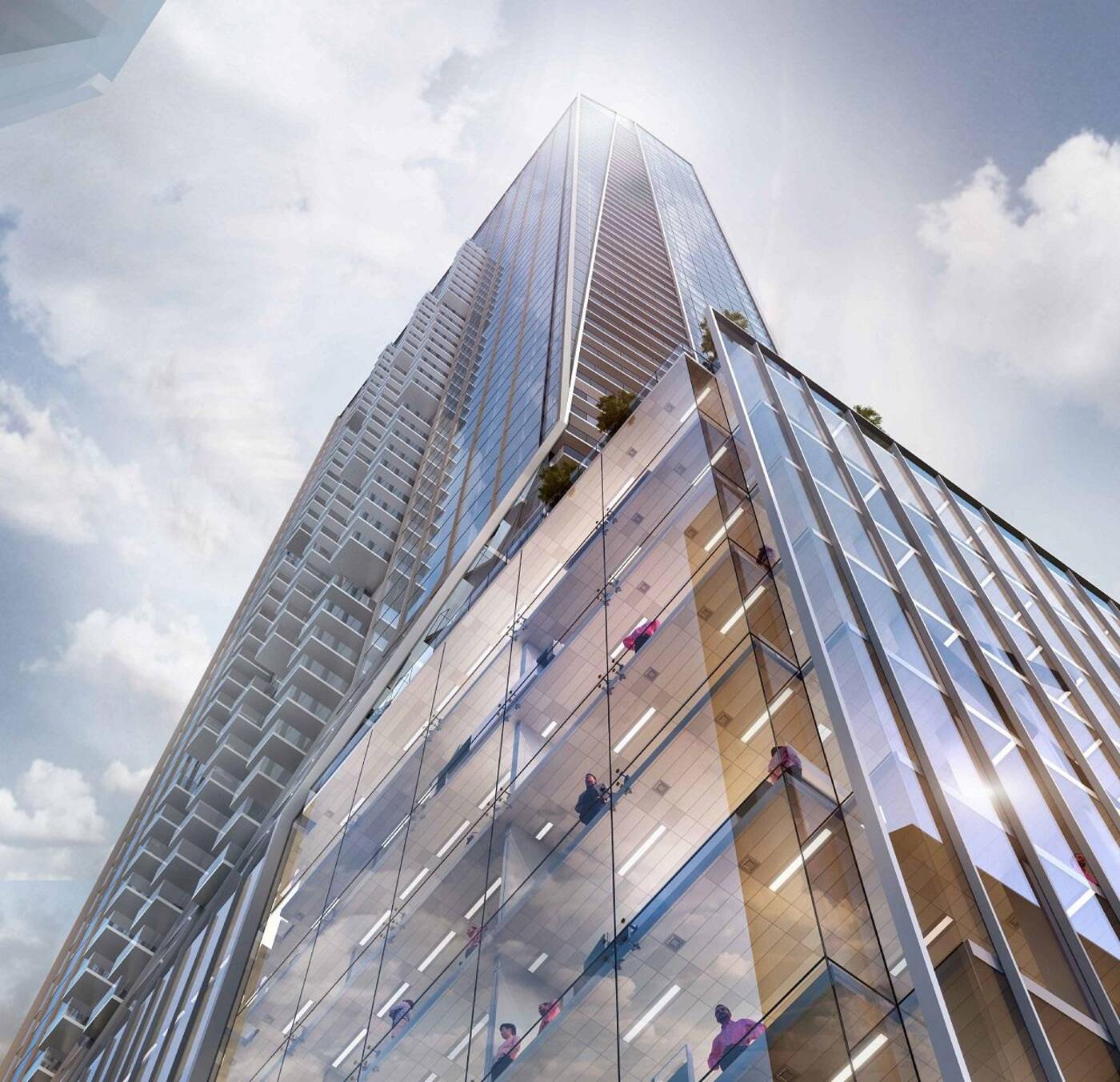 The proposal suggests that office space will take up everything between the second and 14th floors, "comparable to what exists today" but "within a significantly enhanced and contemporary, mixed-use architectural design."

Atop the office podium will rise a slender tower with new condo units filling floors 16 to 65 a combination of 59 per cent one-bedroom, 28 per cent two-bedroom and 13 per cent three-bedroom residences, some with private terraces and "discrete projecting balconies." 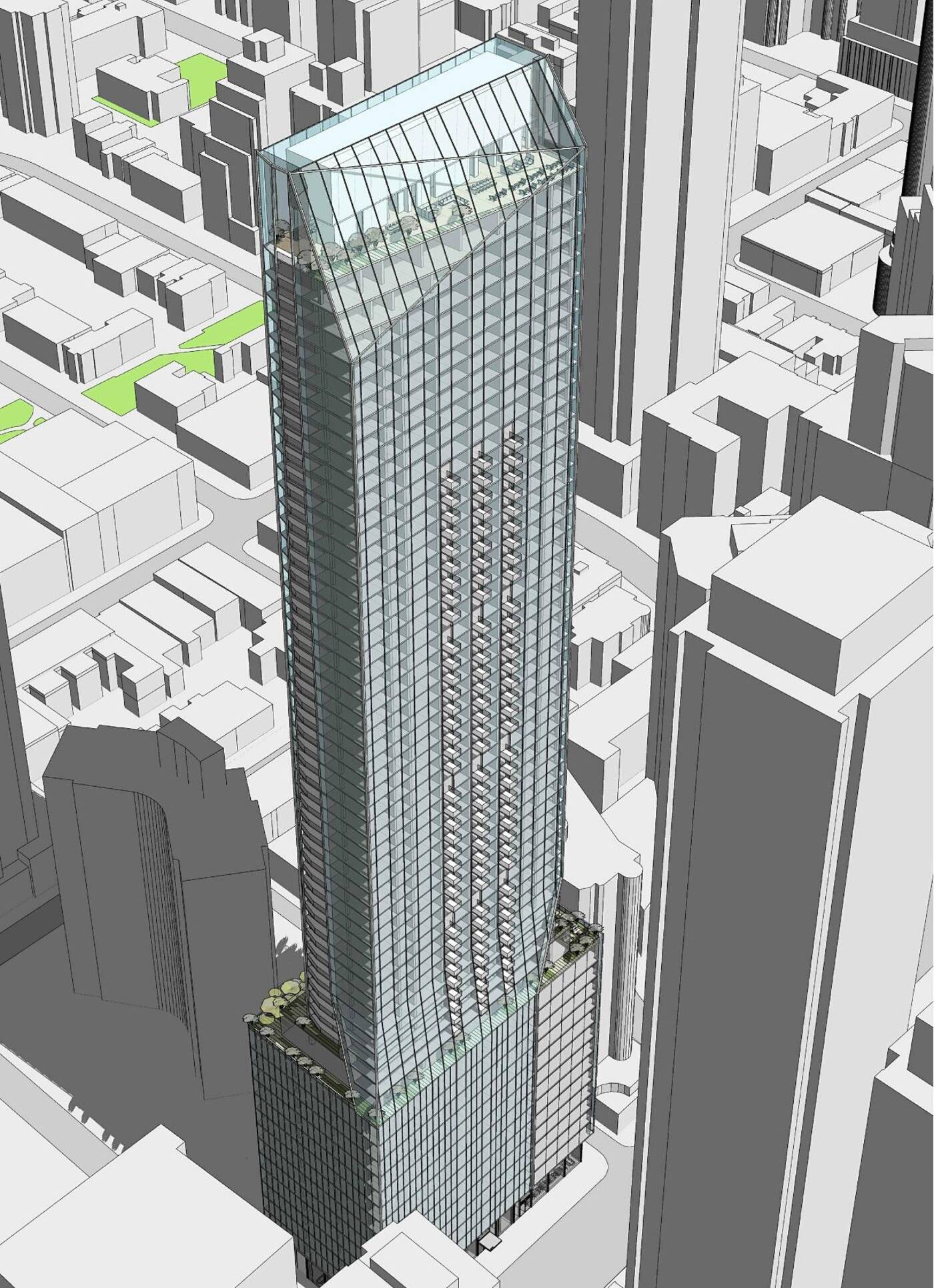 There will be plenty of parking spots for bikes and cars located on-site (639 and 201, respectively), huge public lobbies, and a mixture of new restaurants and shops at the ground level—but the most exciting part of this build may just be its amenities.

Two massive, landscaped outdoor patios can be seen in the renderings: One large, wraparound terrace on the 15th floor and a second, smaller indoor-outdoor patio on the 16th. 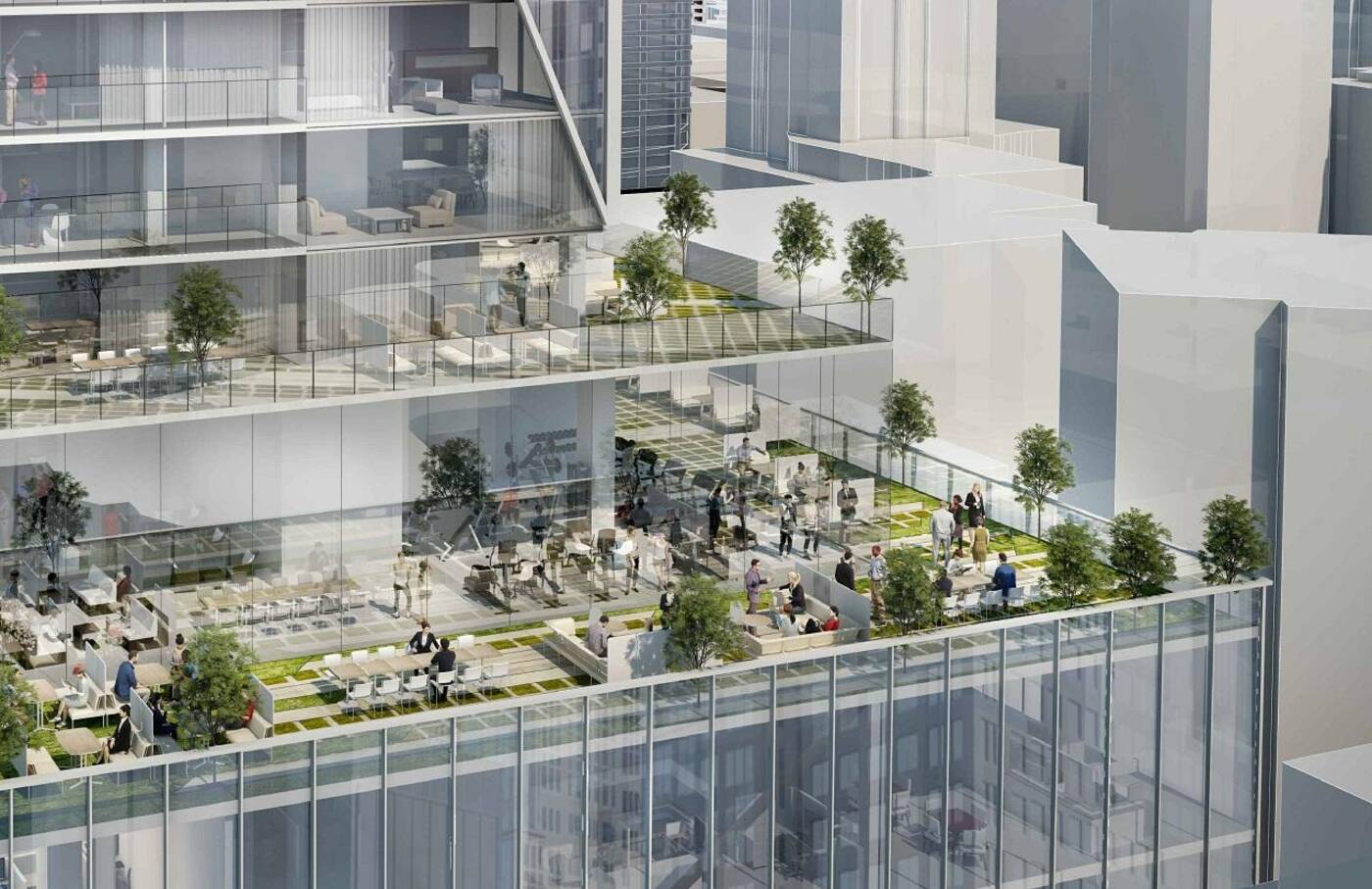 There's also a massive enclosed glass space on the building's 66th-floor mechanical penthouse. This space will provide residents with unobstructed, 360-degree views of downtown Toronto, according to planning documents.

Office workers will be able to enjoy their own 2nd-floor terrace with seating and dining amenities, while residents will have access to (among other things) a "shared outdoor terrace" in the middle of the building.

Expect nicer landscaping, wider sidewalks and other "enhancements to the public boulevard" along Bay Street, should the project be approved and move forward as planned.