Toronto is getting townhouses that look like vintage robots

An unusual looking townhome complex in North York is coming ever-closer to fruition, as suggested by newly-revealed design plans from Toronto's own Metroview Developments.

Check out the "dynamic retro-modern" style of the 15-unit residential development slated for 276 Finch Avenue East near Bayview. 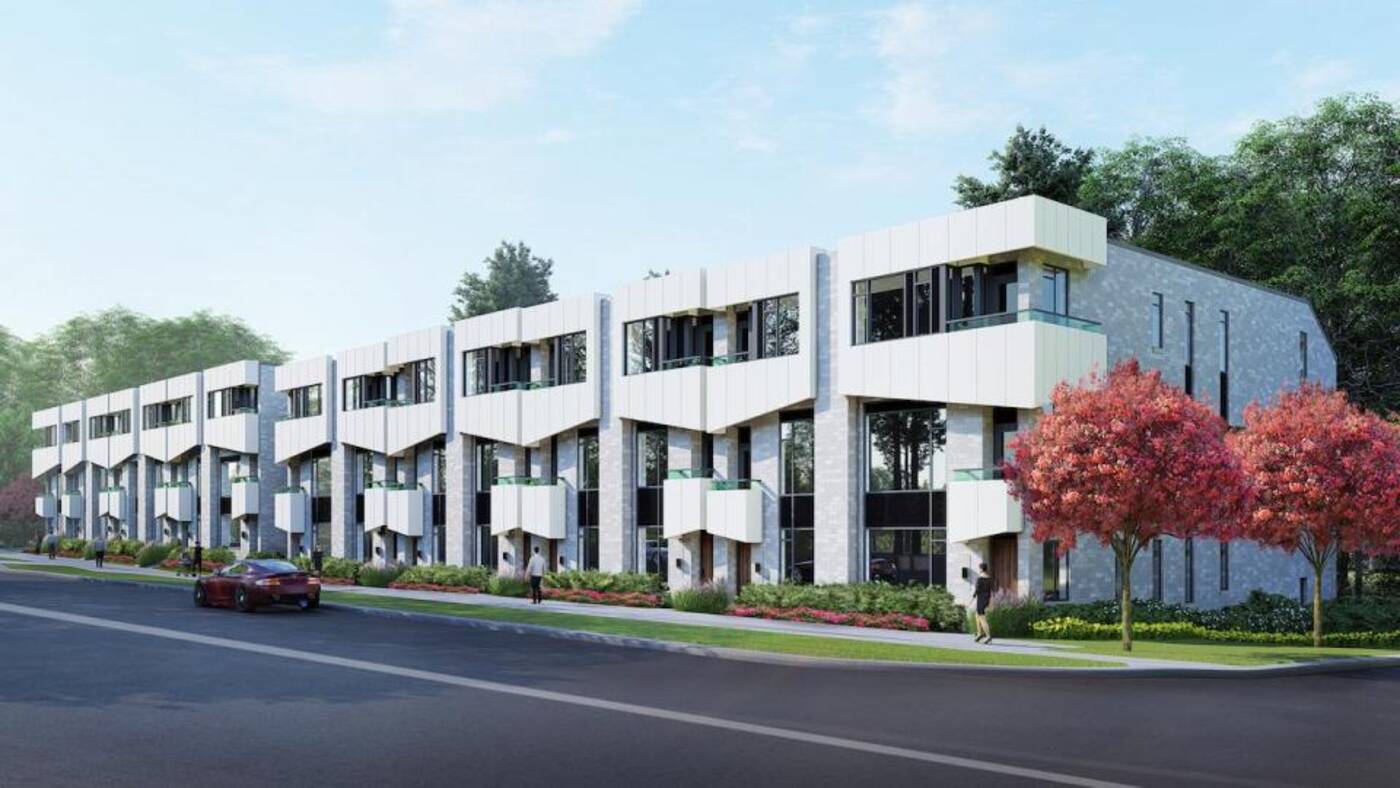 A rezoning application was submitted to the city in July of 2018. Image via Metroview Developments.

Plans submitted to the City of Toronto at the end of December show a series of 15 consecutive, three-storey luxury townhomes that, together, look a bit like something humanoid: An old-school robot, perhaps, or an 8-bit video game character.

Whatever one sees when looking at the homes, we can all agree they're unique for Toronto. Some might even go so far as to say the row of buildings is kind of cute. 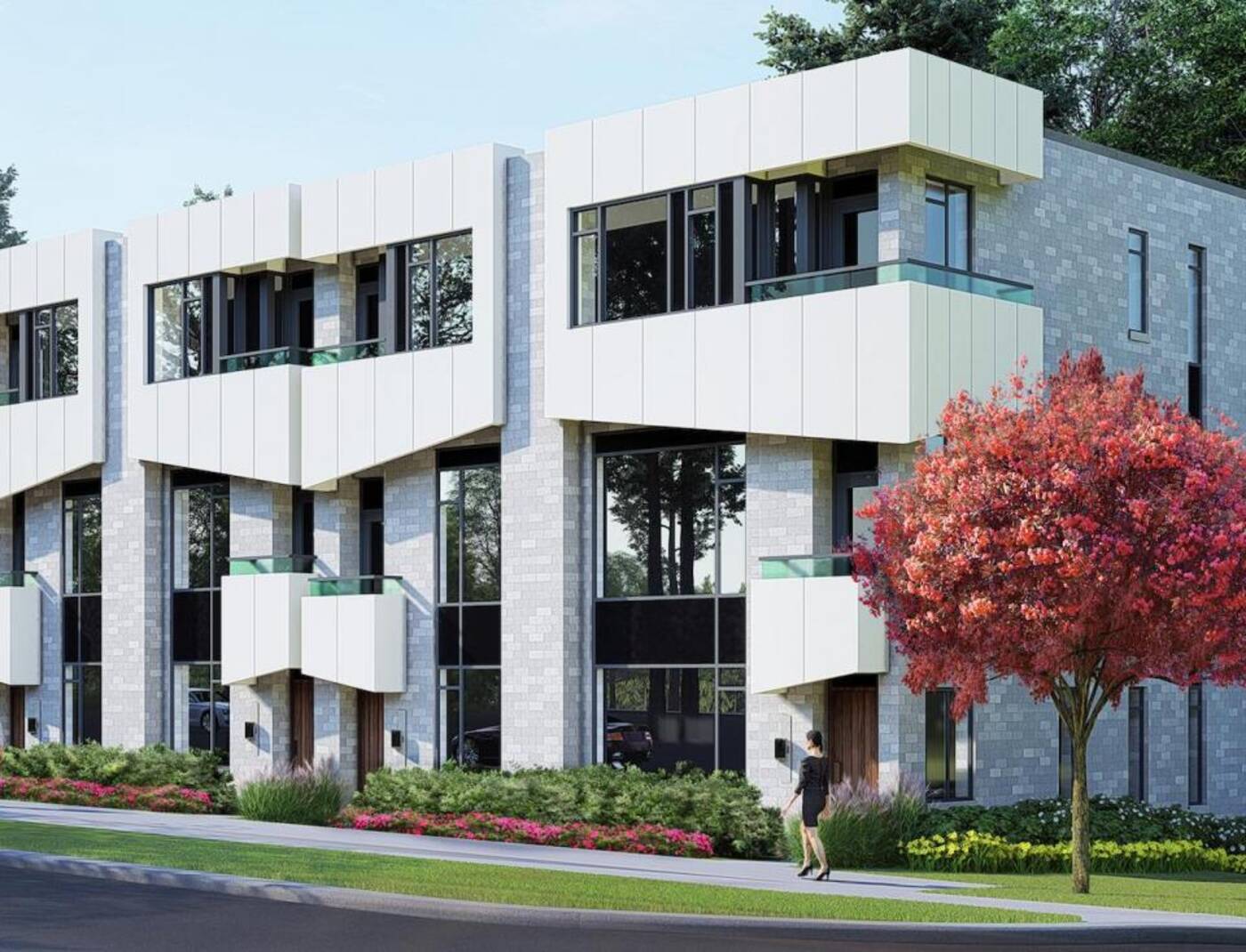 The new townhome complex is slated for a block of Finch Avenue East between Manorcrest Drive and Winlock Park. Image via Metroview Developments.

The 15 freehold townhomes, designed by Northgrave Architects, will replace four existing standalone homes on the property if all goes as planned.

Each unit is expected to have direct laneway access from both of the side streets adjacent to the complex (Manorcrest Drive and Winlock Park), will feature either three or four bedrooms, and have second-floor rear decks as well as third-floor corner balconies. 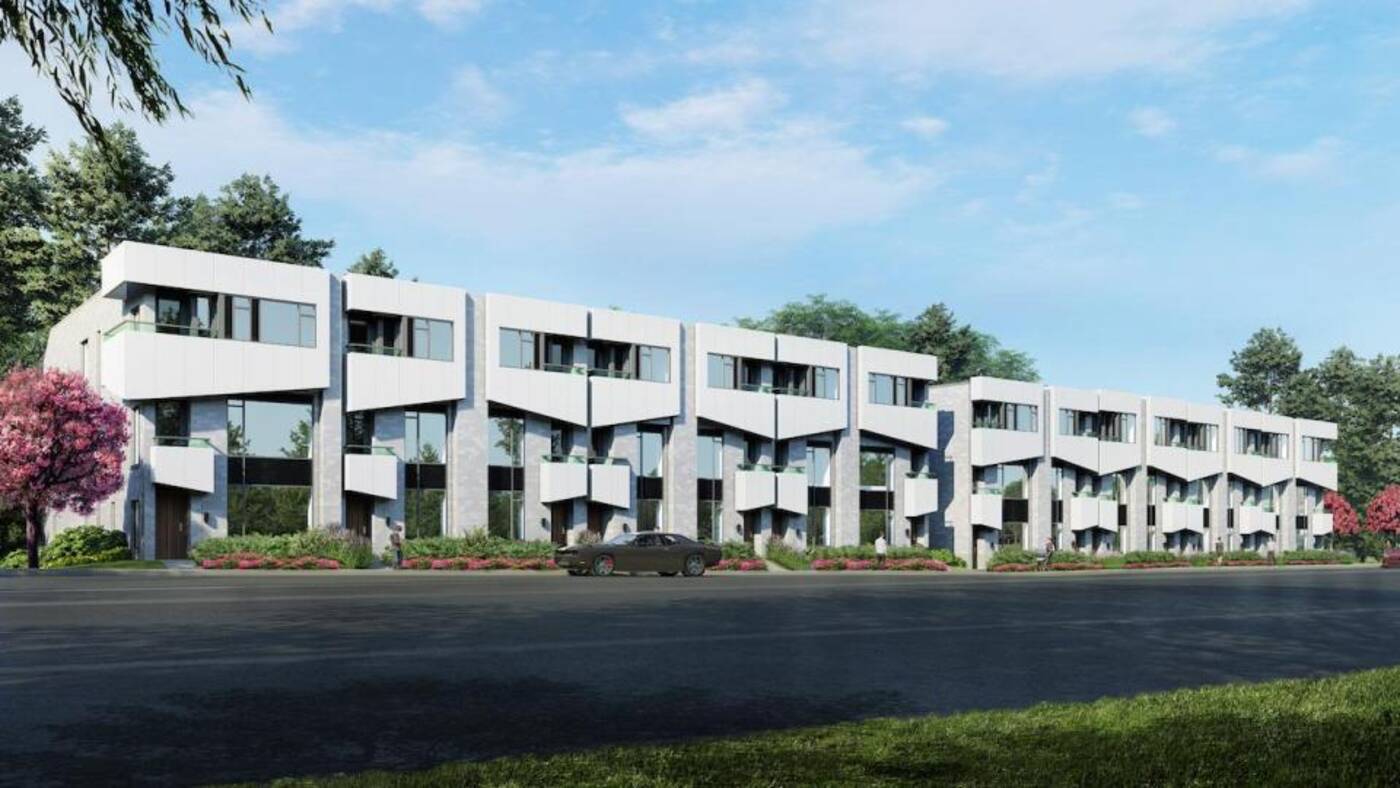 Toronto's Northgrave Architects are behind the modern-retro design, while Strybos Barron King is handling landscape and outdoor public spaces. Image via Metroview Developments.

Nothing has yet been revealed about how much it'll cost to live in one of these blanched rock 'em sock 'em robo-houses, or even when they'll be ready for occupancy. The project is still in the pre-construction phase and Metroview's website simply lists it as "coming soon."

Realtors, however, say that a VIP sales period will launch this spring.