Bloor St. hotel is about to get a major upgrade

You know that hulking, windowless chunk of concrete dominating the north side of Toronto's Mink Mile between Yonge Street and Park Road?

I'm talking about 2 Bloor Street East, or the Hudson's Bay complex: A block-sized building that's as lovely inside as it is hideous to look at from street level. 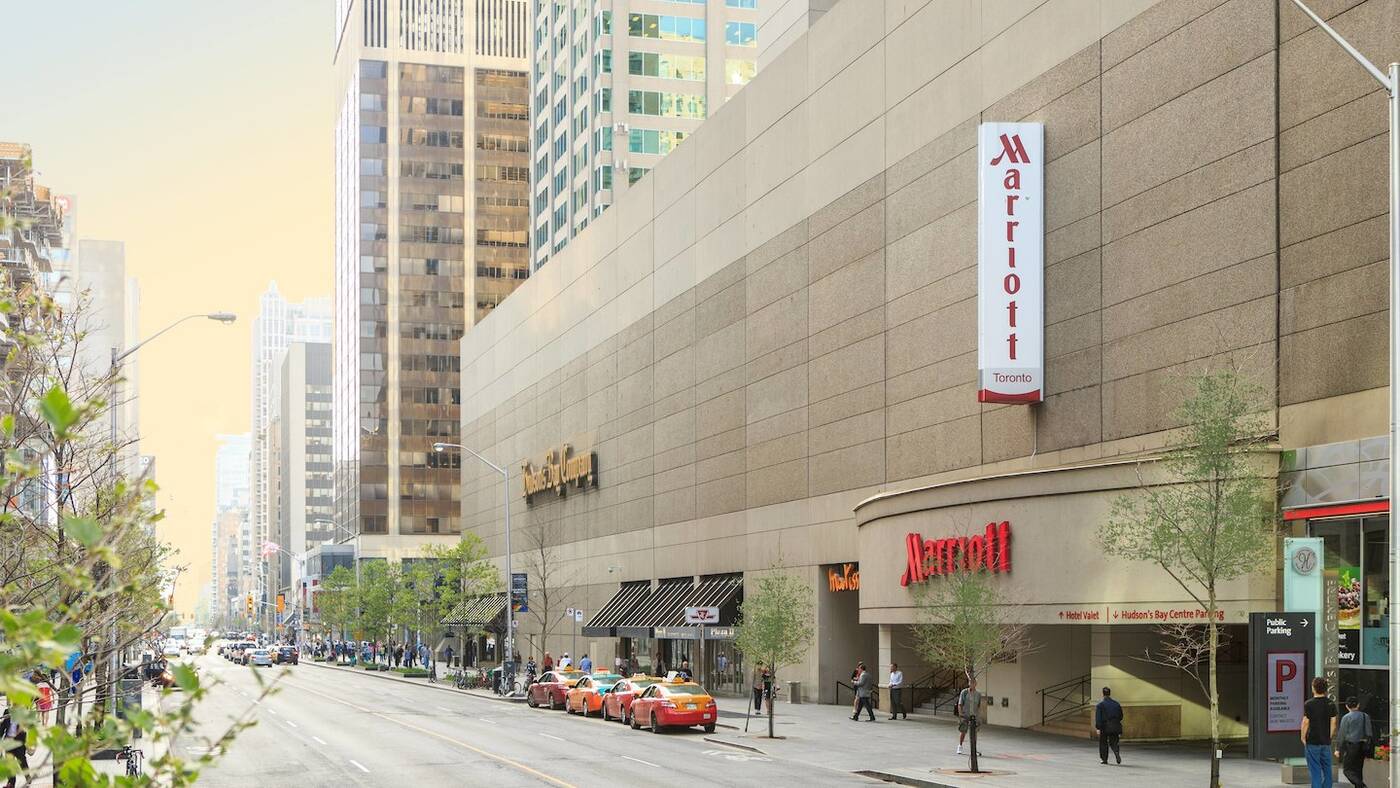 The bunker-like building at Bloor and Yonge is connected to the TTC from below. Image via Marriott.com.

Enter hotel management firm Larco Hospitality Inc. with a proposal that, if approved, could change the facade of what's long been somewhat of an eyesore in an otherwise quite beautiful part of town.

Larco is currently seeking approval from the City of Toronto to modernize its Bloor Yorkville Marriott Hotel property, which fills out much of complex's eastern half.

A newly submitted development application with design plans by celebrated local architectural firm architectsAlliance shows how much of an impact even just changing the hotel's entrance could have.

A modernized hotel entrance would allow guests to look out onto bustling Bloor Street from the lobby. Image via architectsAlliance/City of Toronto.

In addition to a new look for the hotel's main entrance (which right now looks like a movie theatre parking garage), developers would like to build a new rooftop bar addition some 32 metres above the street.

Cooler still is the proposal of an exterior elevator that would lead directly to said rooftop bar, adding visual interest and breaking up the building's long, monotonous face. 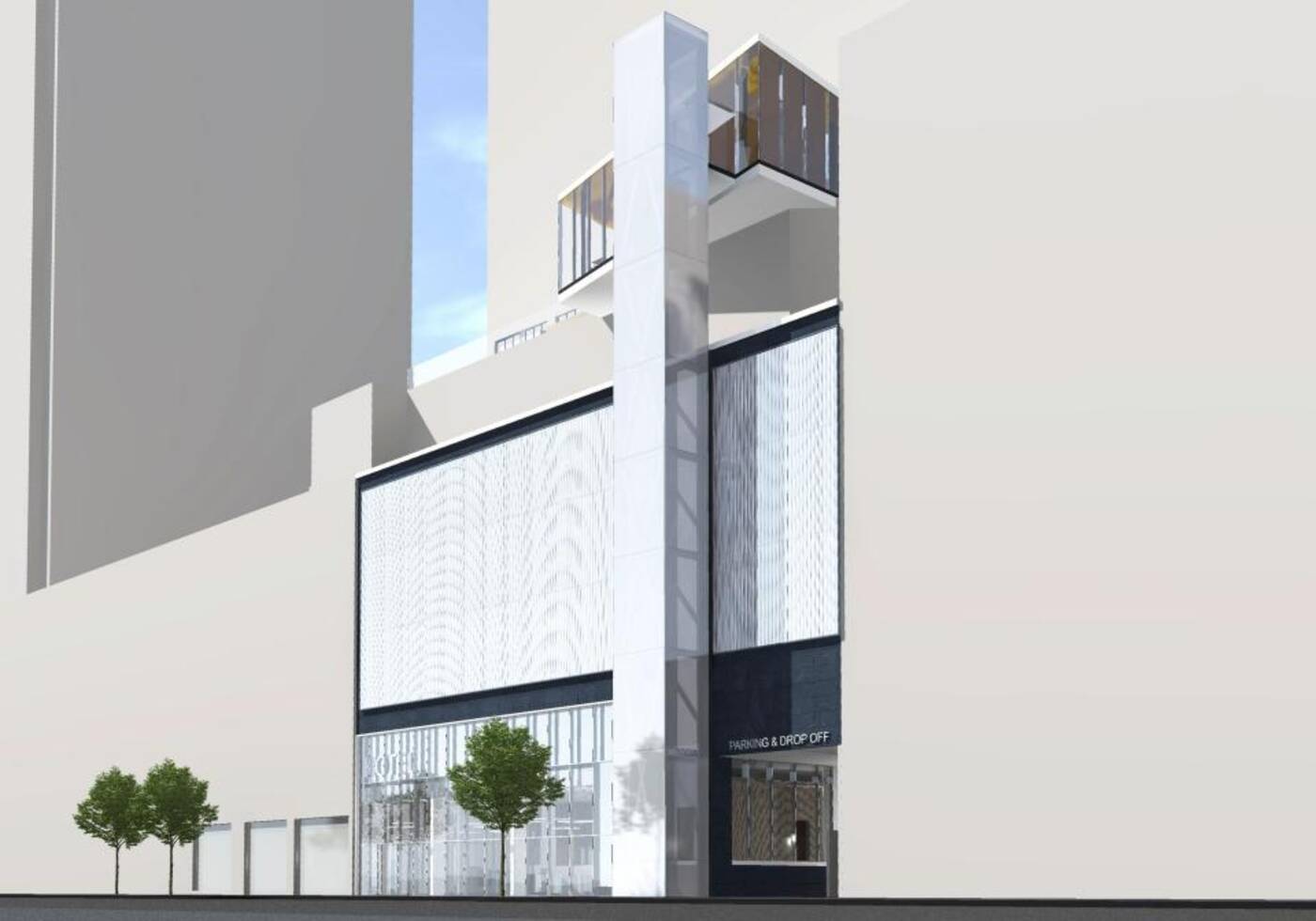 The complex at 2 Bloor Street East has space for around 1,200 cars across its various parking garages. Image via architectsAlliance/City of Toronto.

The glass elevator shaft would separate the hotel's new entrance from a parking and drop-off area, which should come as welcome news to both drivers and guests who are used to sharing one poorly-demarked overhang.

No word yet on what the new rooftop bar will look like inside, if approved, but you can bet it'll be swanky with an address like that.