Downtown Toronto could be getting another hotel

Jarvis Street could soon be home to a new hotel.

A development proposal from IBI Group and Manga Hotels has gone through a bit of a back-and-forth with the city, but has now received zoning approval.

The proposal is for a 32-storey, 108-metre building at the corner of Jarvis and Shuter streets. The building will be a mix of hotel suites and residential units (no word on condos or rentals just yet). 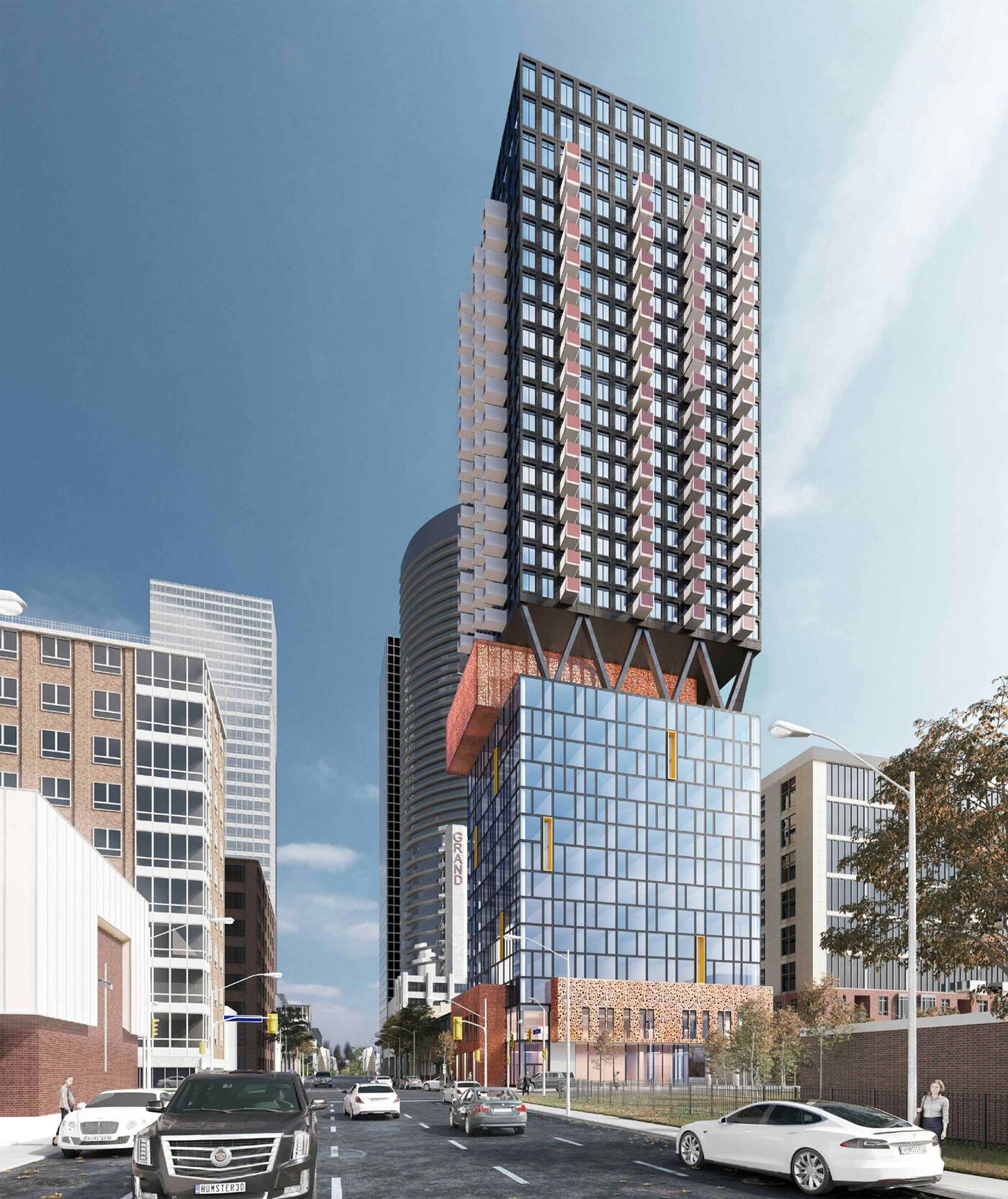 The facade at the ground level was increased to three storeys, presumably to match the nextdoor townhouses. Image from IBI Group.

The proposal was originally meant for a smaller, hotel-only property. But, the latest plans include a residential space as well.

The building will be located at 203 Jarvis Street. The space is currently a small parking lot.

Nothing has been announced in regards to which hotel chain will operate the building, but the new tower is set to go up once everything is approved and finalized.