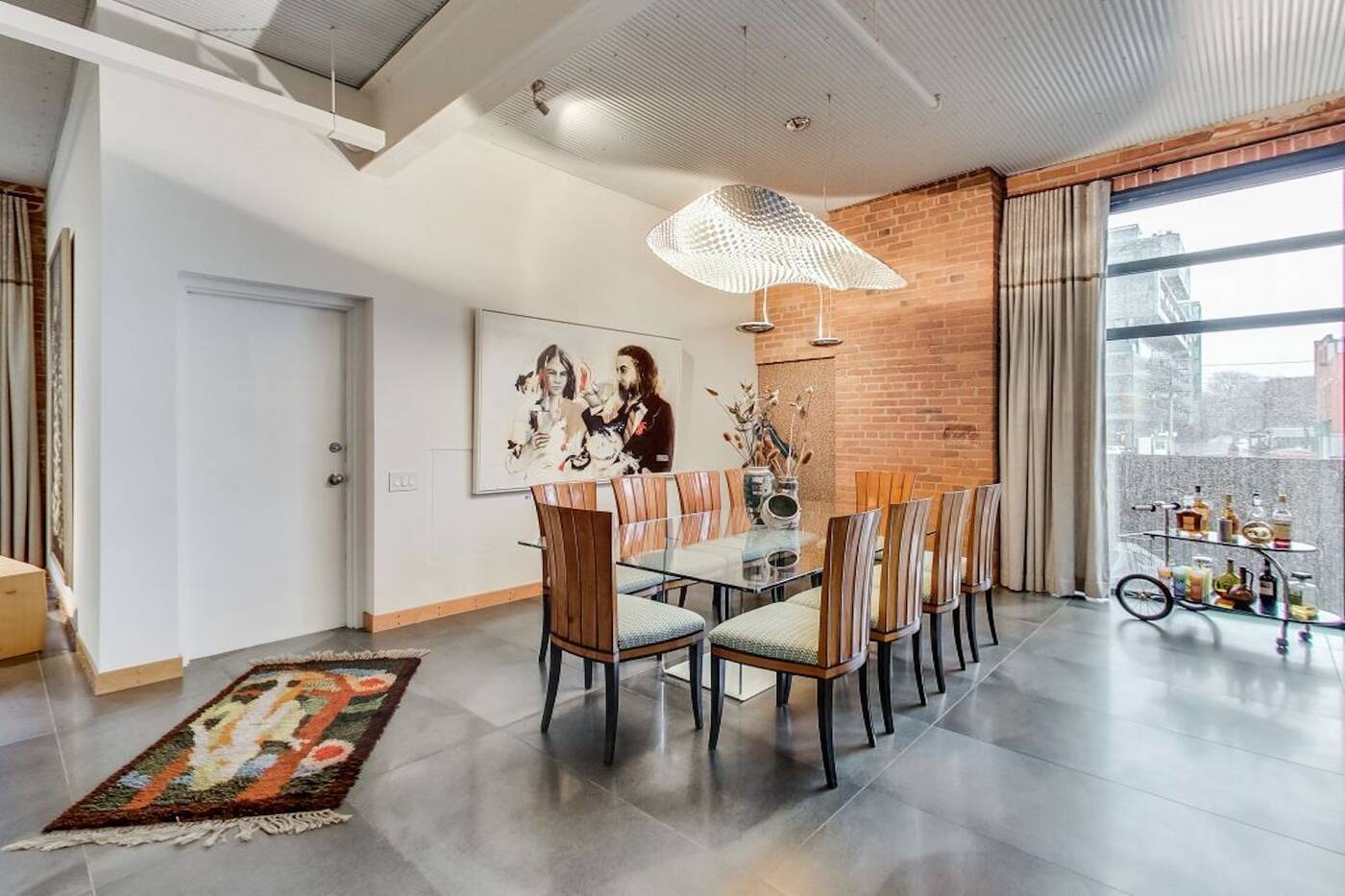 The apartment has lost a stripper pole, according to real estate gossip site The Mash, but the listing states it has gained about $1 million in upgrades and renovations. 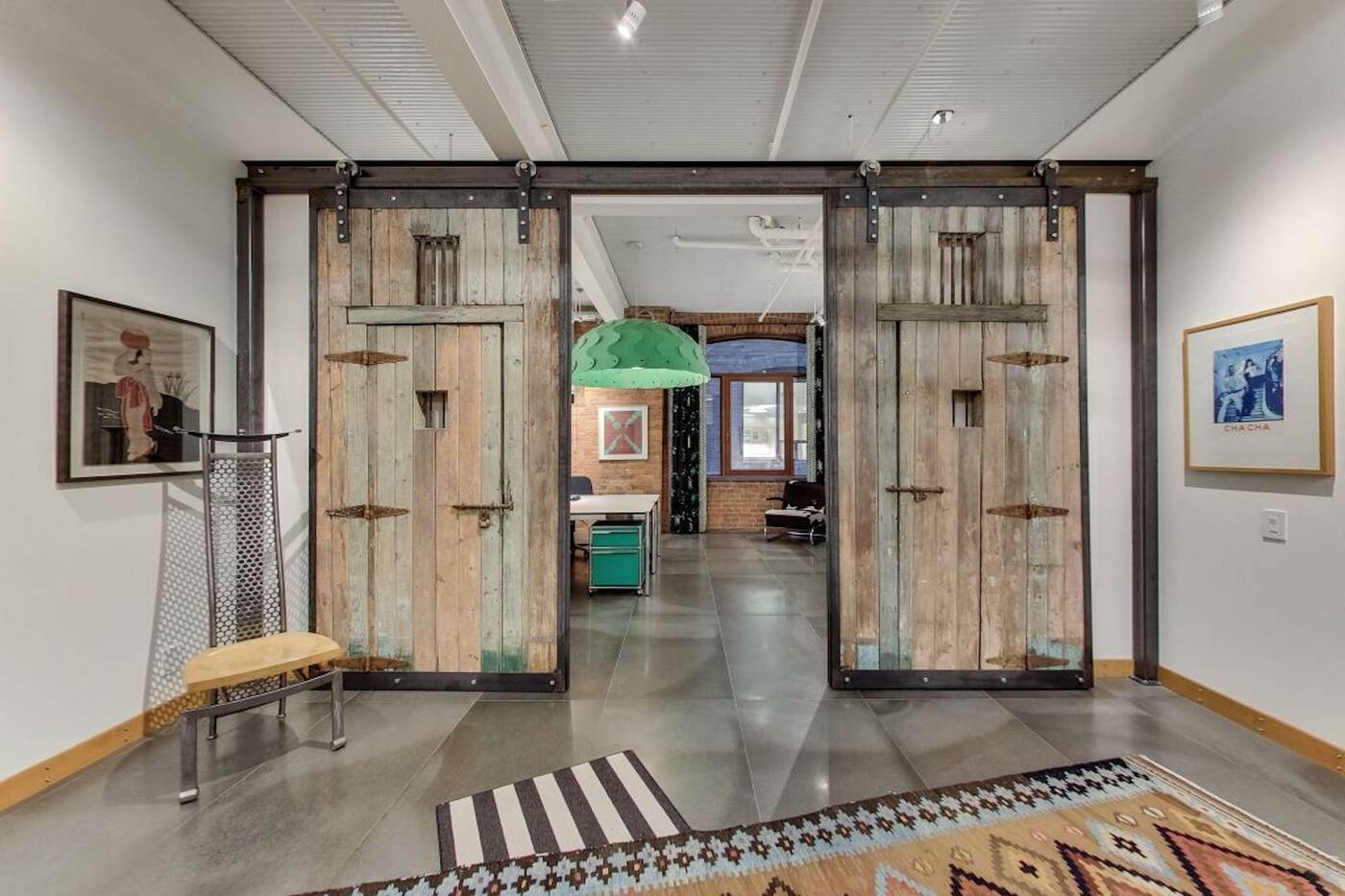 This is the second time this year the unit has been put up for sale, previously it was listed in May 2018. 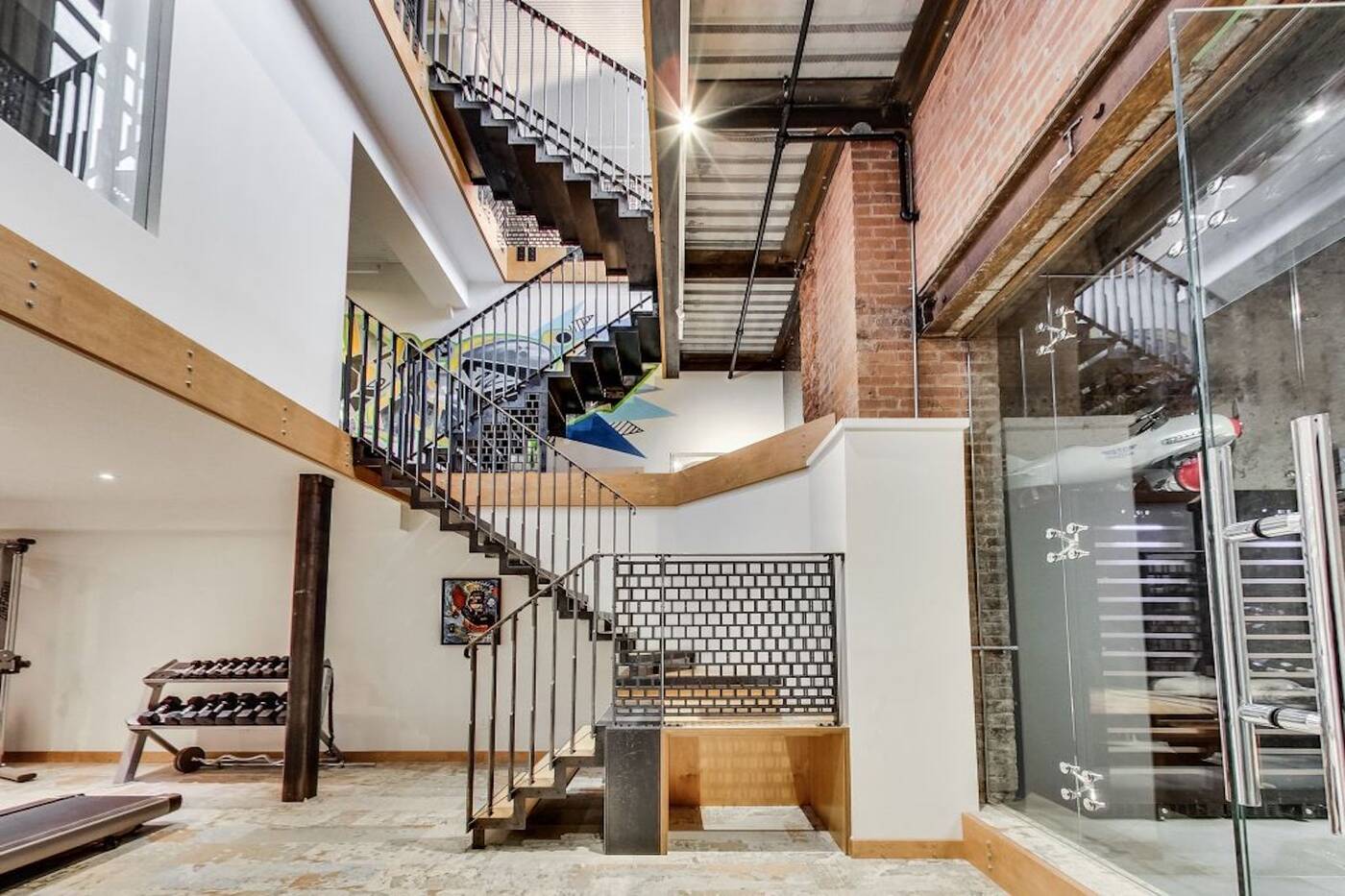 The place is three storeys tall with all the staples of a hard loft, including soaring 14-foot ceilings, exposed brick, concrete floors and industrial barn doors. 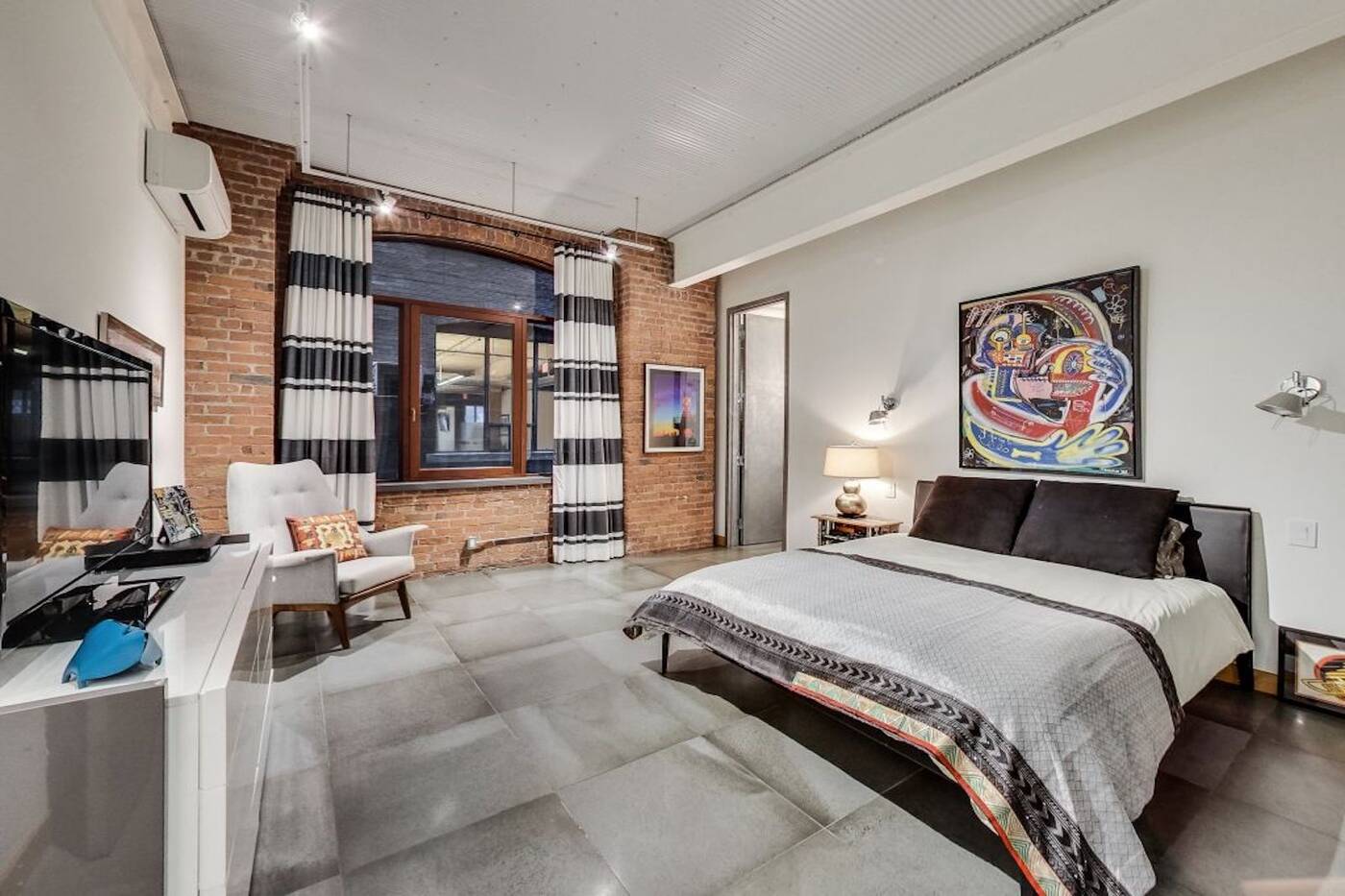 On the main floor, which is actually the third floor, the foyer flows right into the open plan living room and kitchen. Rooms filter off on either side. The place is bright and airy. 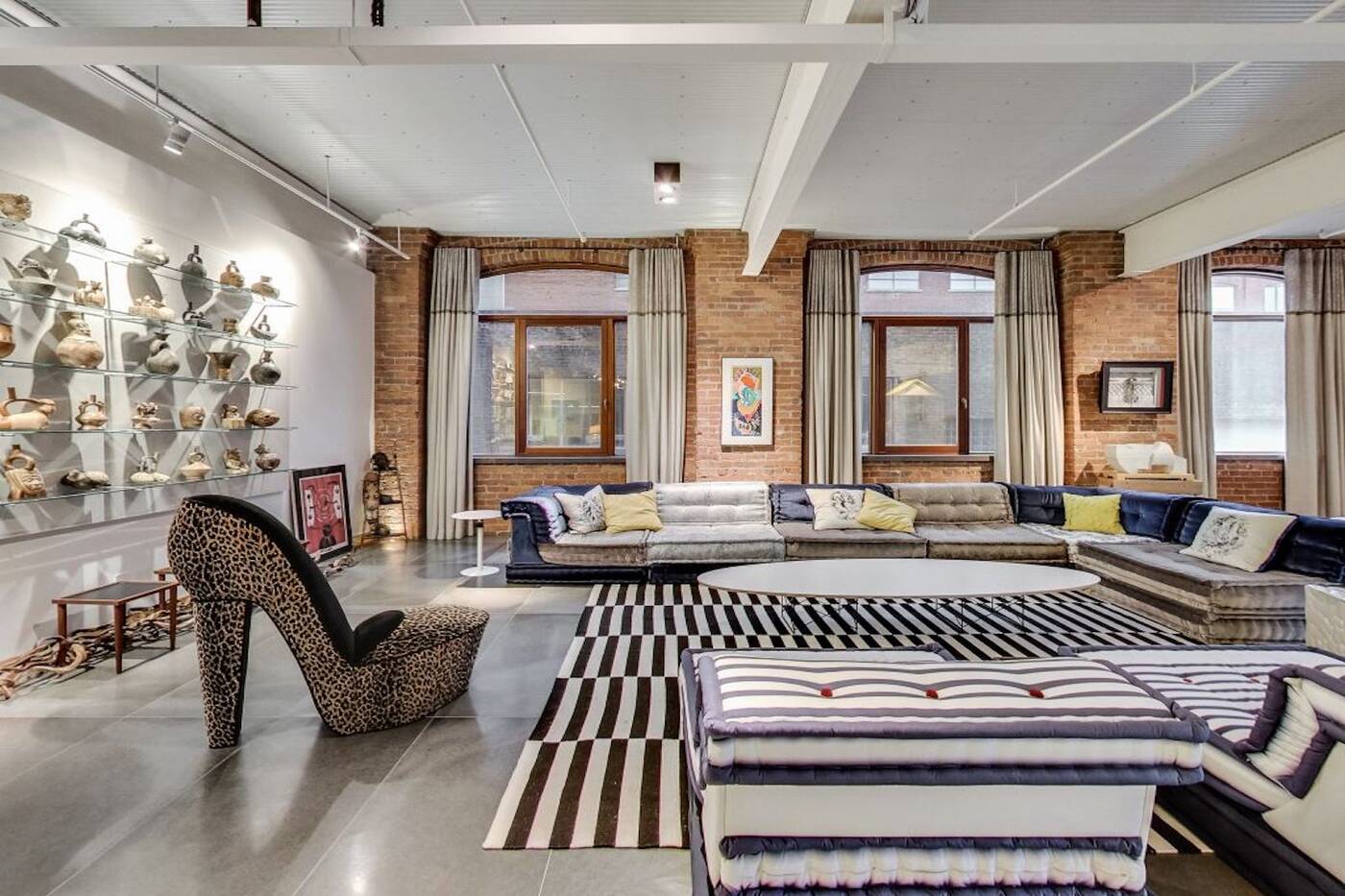 The living room area is the largest part of the whole unit. It’s so expansive that I wonder if it echoes. 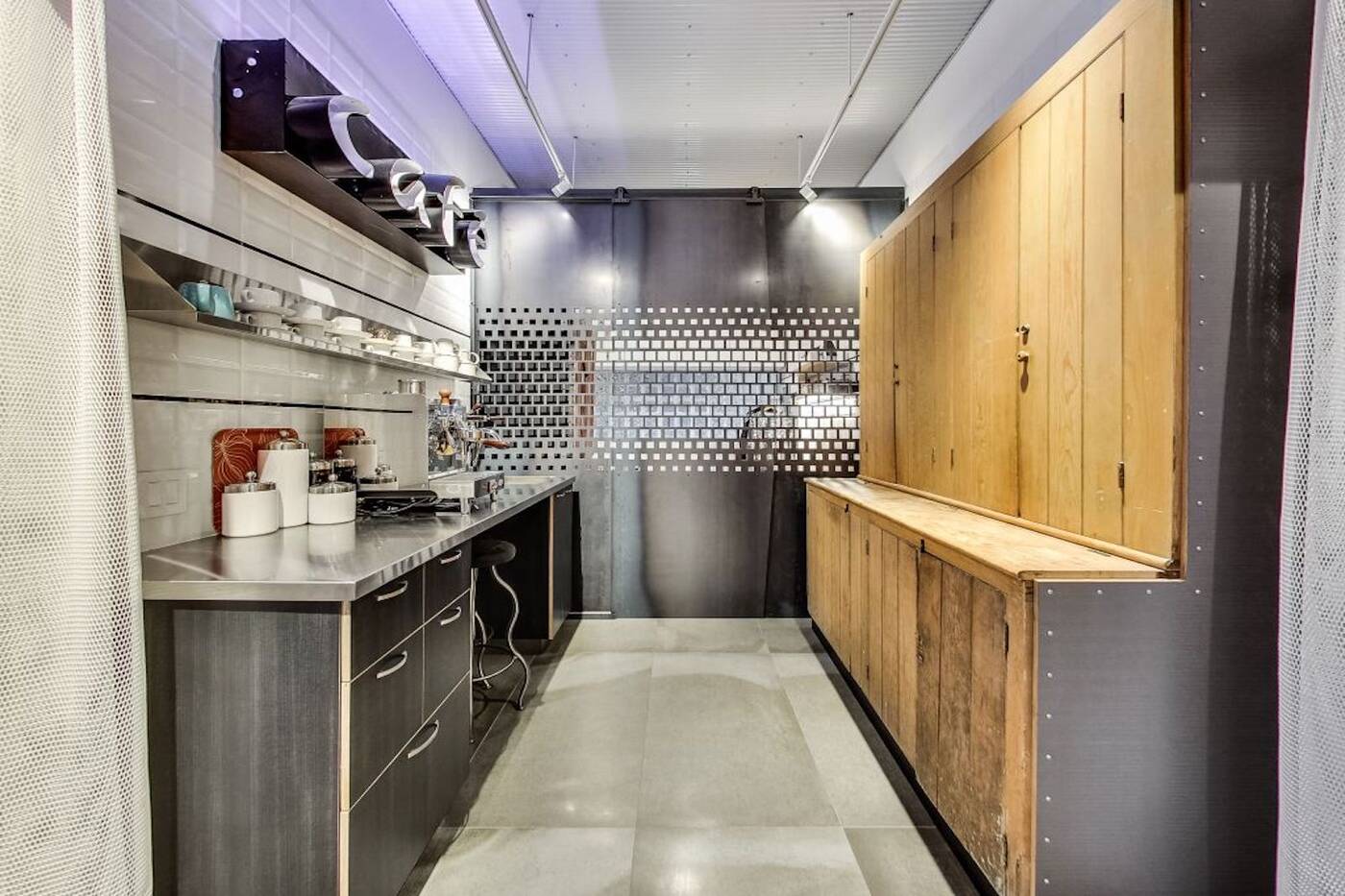 Off the living room there’s a really cool little bar area, that would be perfect for entertaining. 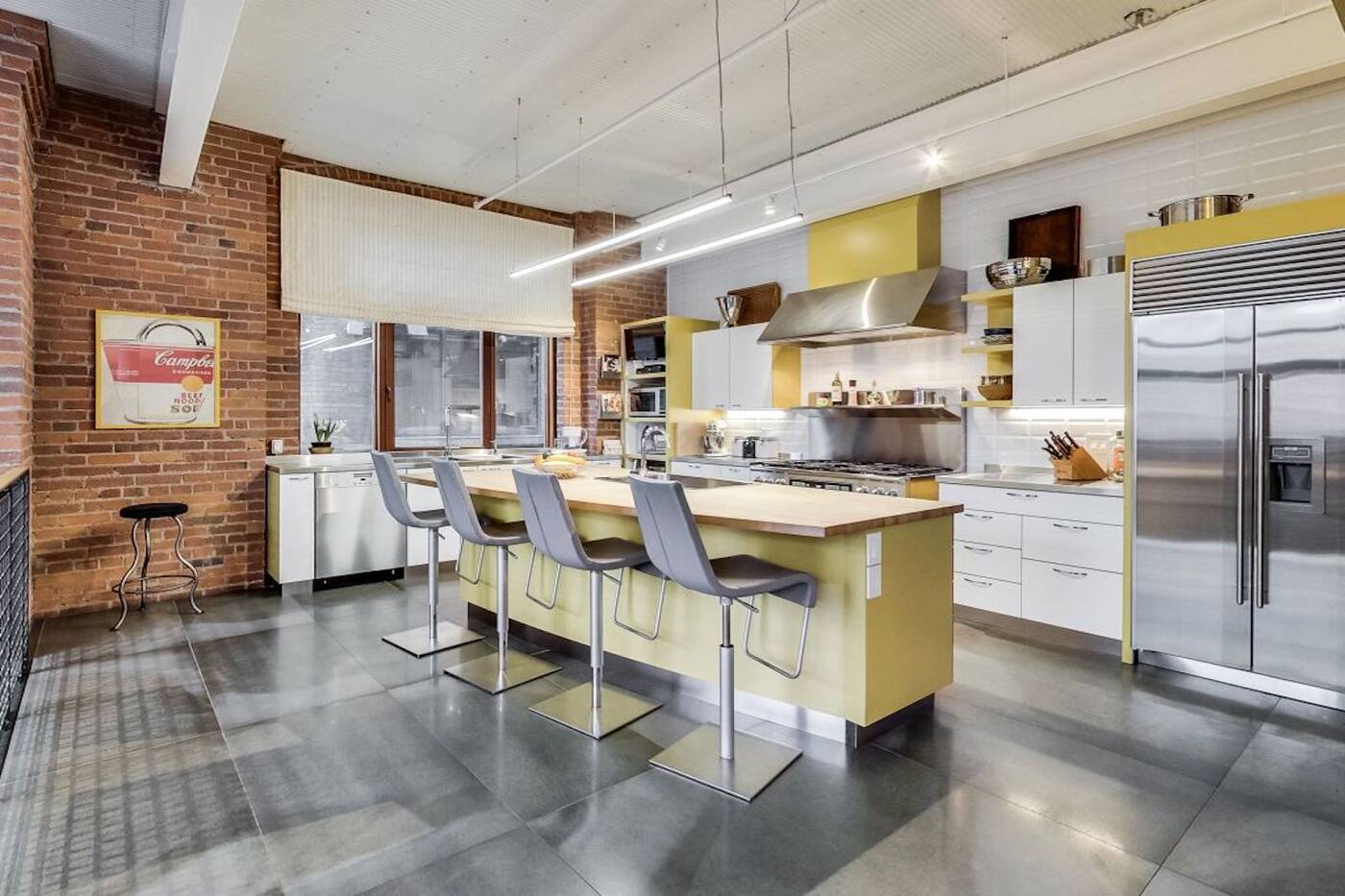 The kitchen is spacious and has top of the line stainless steel appliances. I’m not a huge fan of the yellow accents in the room, but I have to admit it does add a pop of warm colour in a fairly cold environment. 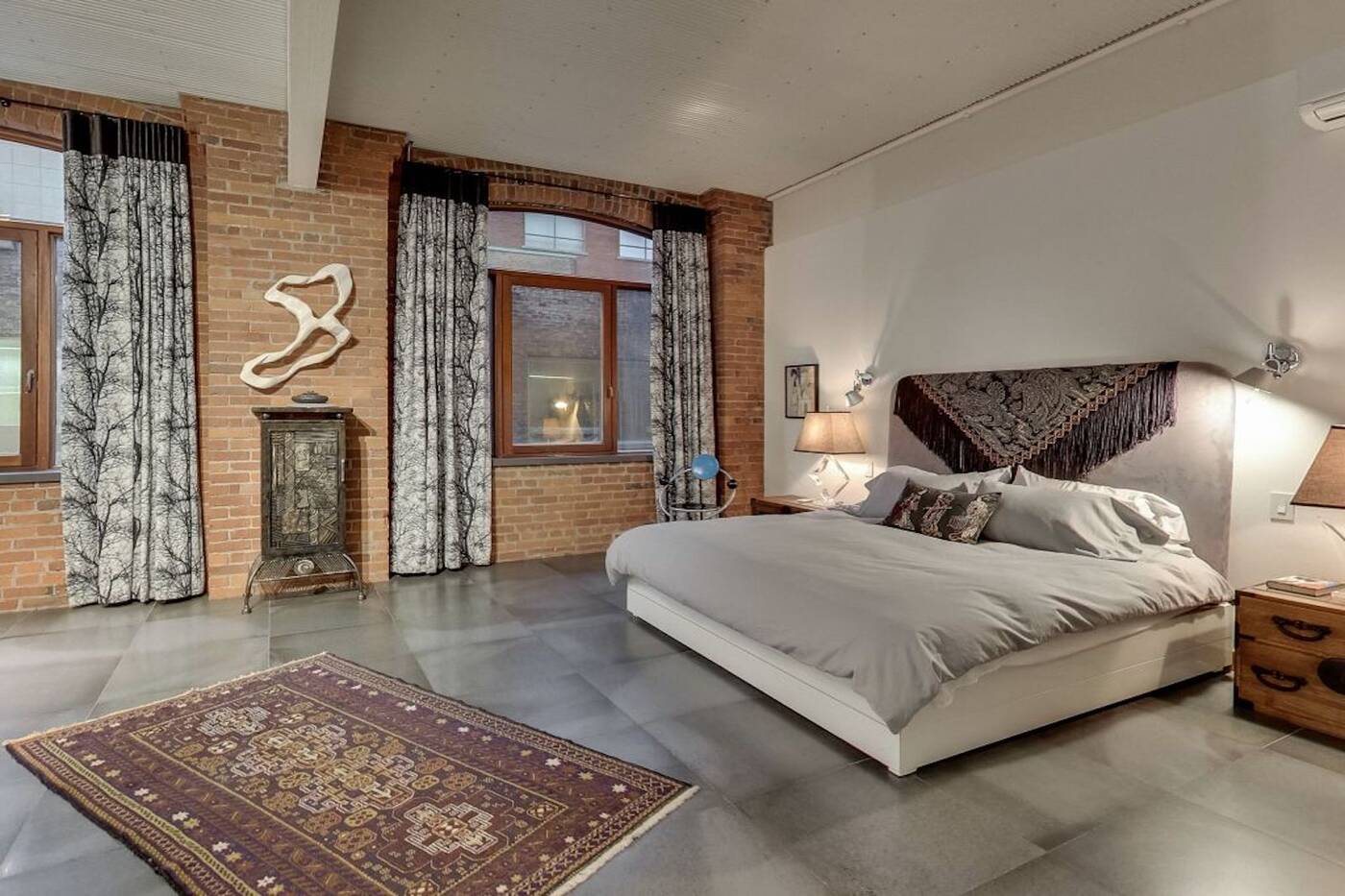 The master bedroom is huge and has exposed brick walls and polished concrete floors. It doesn’t seem as cozy as I would like a bedroom to be but it’s stylish nonetheless. 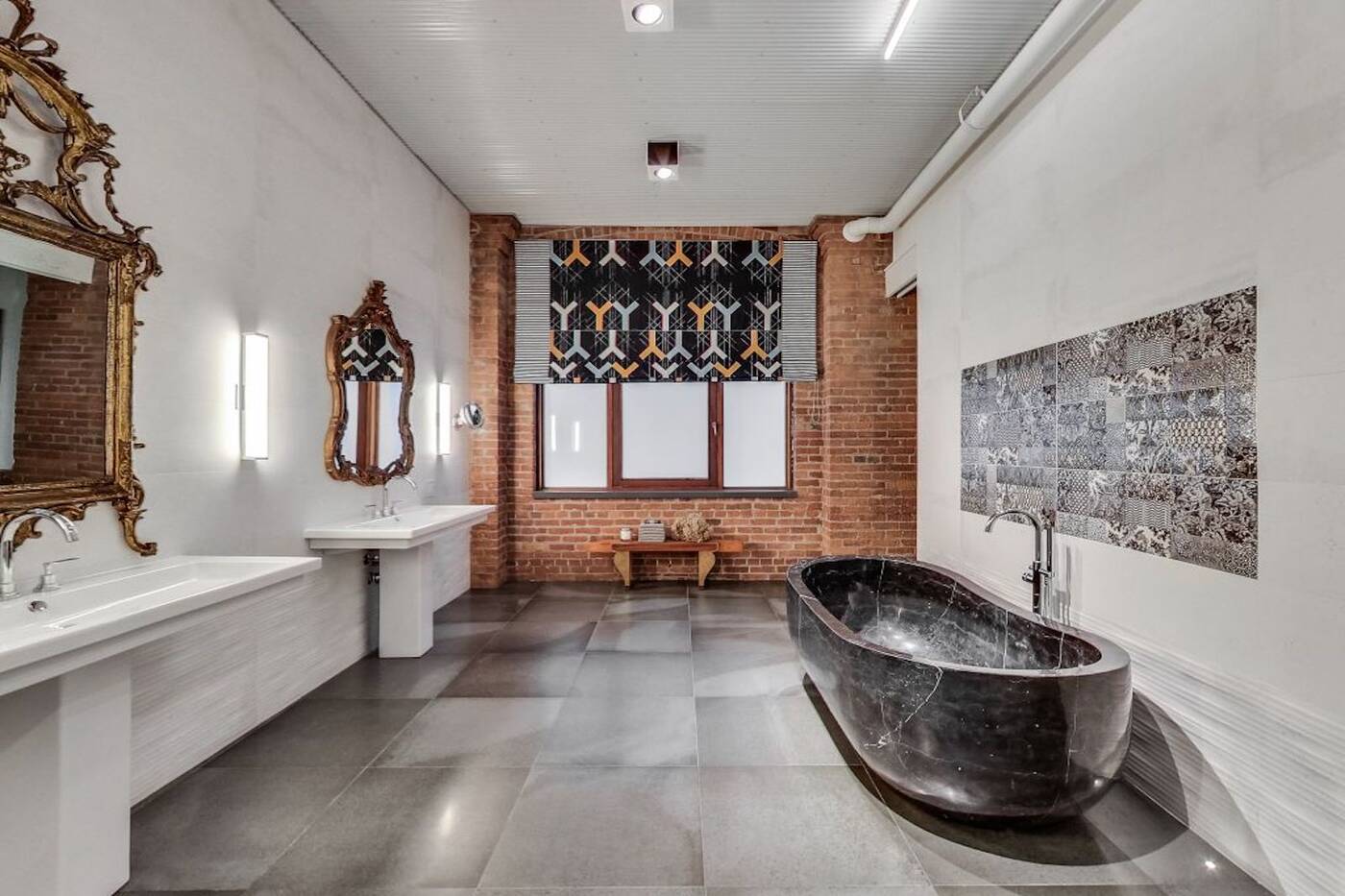 The master bedroom also has walk-in closets and a large en suite bathroom with a fascinating granite tub. 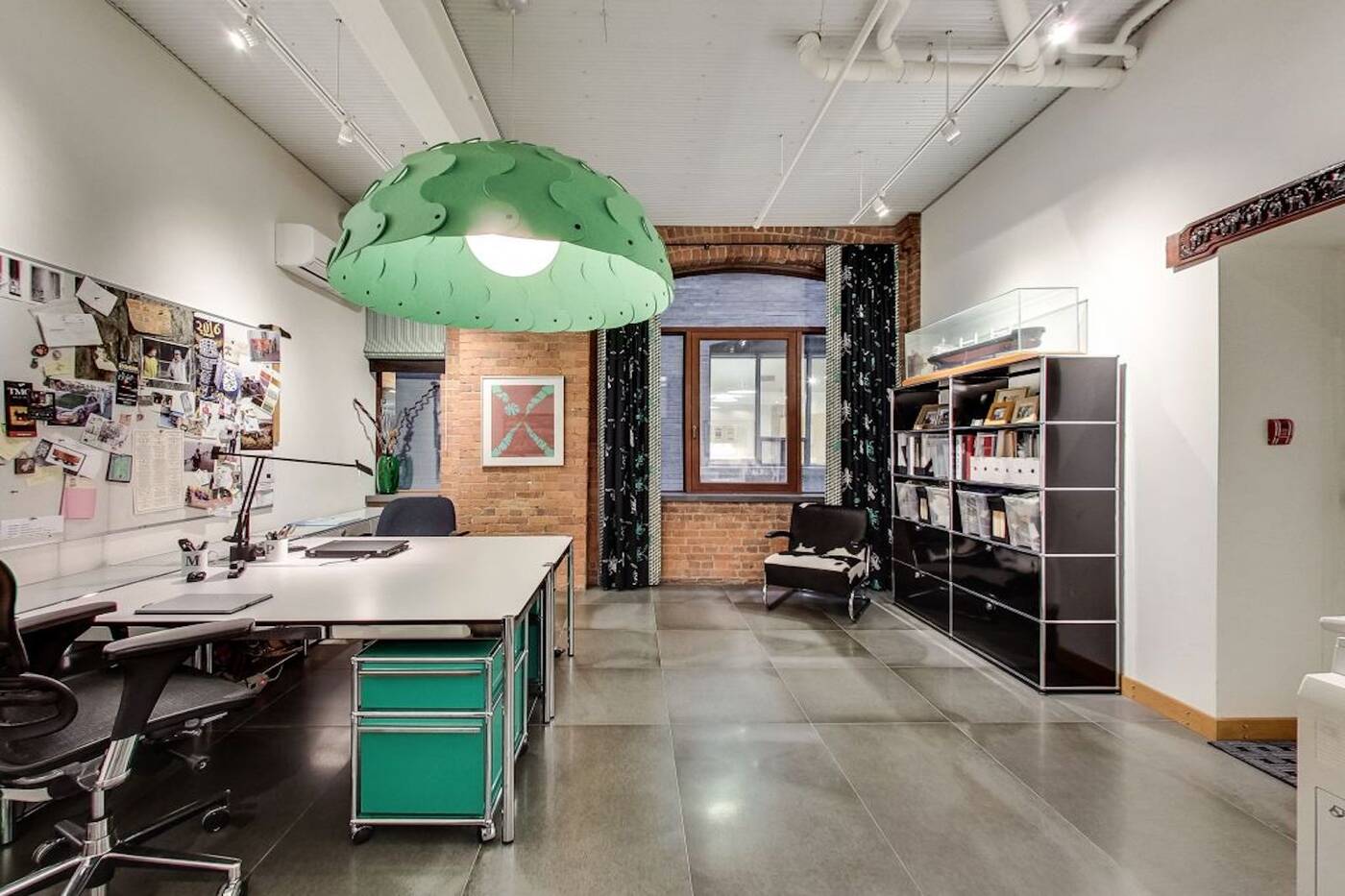 This floor also has an office, den and another bedroom. 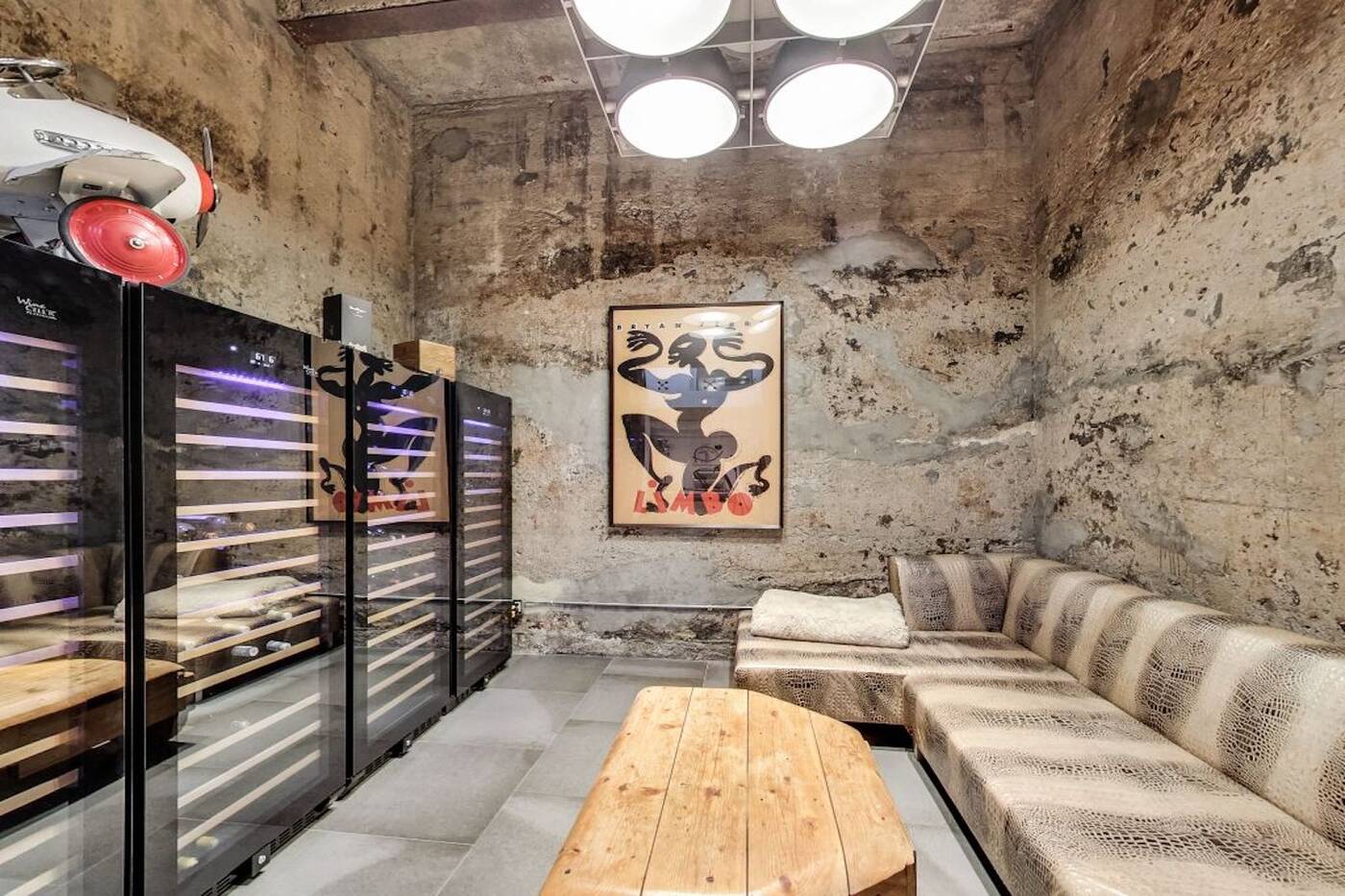 The lowest level houses a wine cellar and a recreation room. 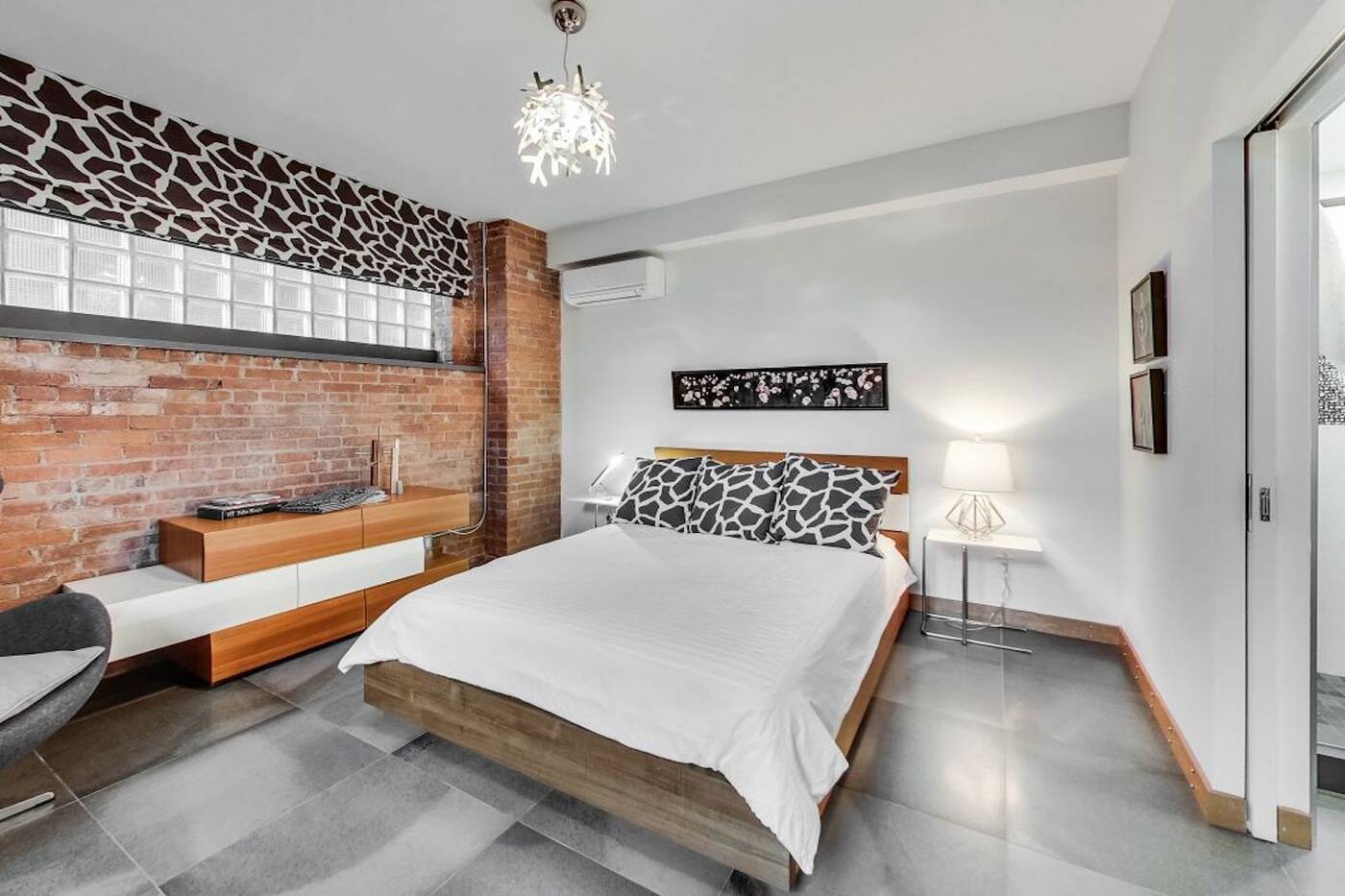 On the ground floor (read: second floor) there’s a spare bedroom with an en suite bathroom. 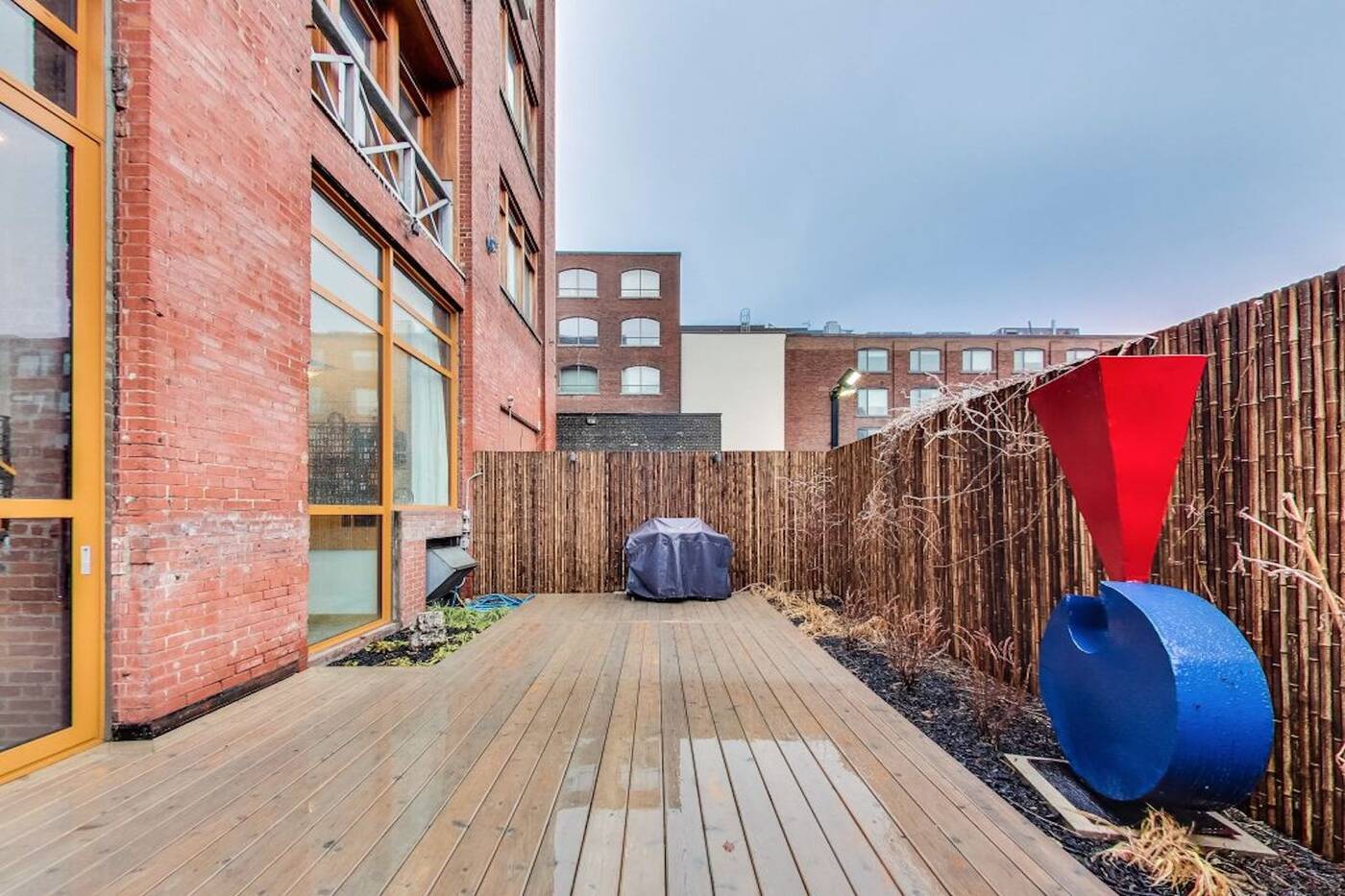 As for outdoor space, there’s a decent sized balcony, which has space for a BBQ and a planter. 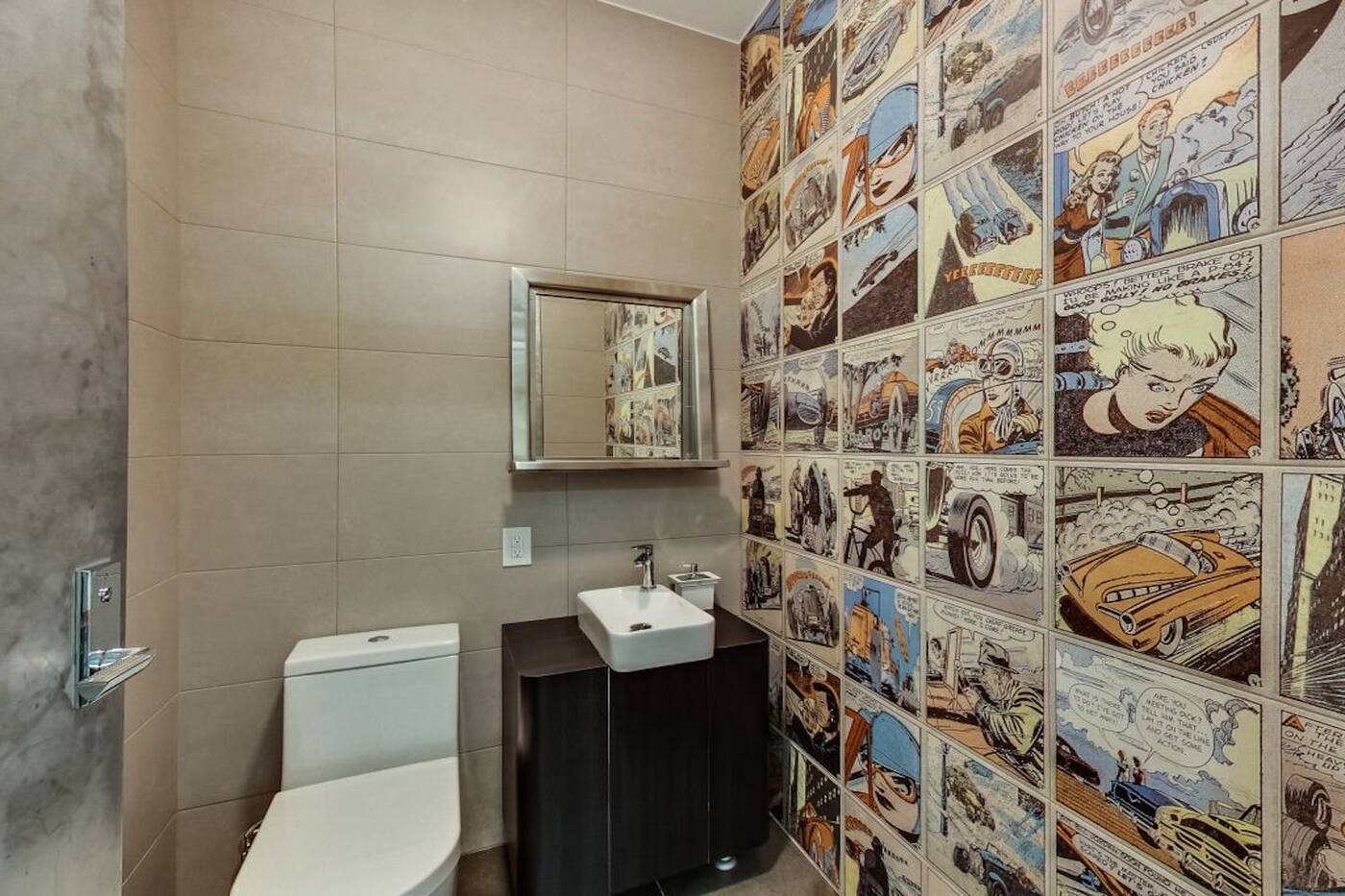 Bragging rights. This place belonged to a famed shrunken head collector, its floors were graced by the likes of Mick Jagger and Steven Tyler and the building itself is one of the most sought-after apartment buildings in Toronto. Plus, it’s one of the largest hard lofts in the city, so there’s a lot you can talk about at dinner parties. 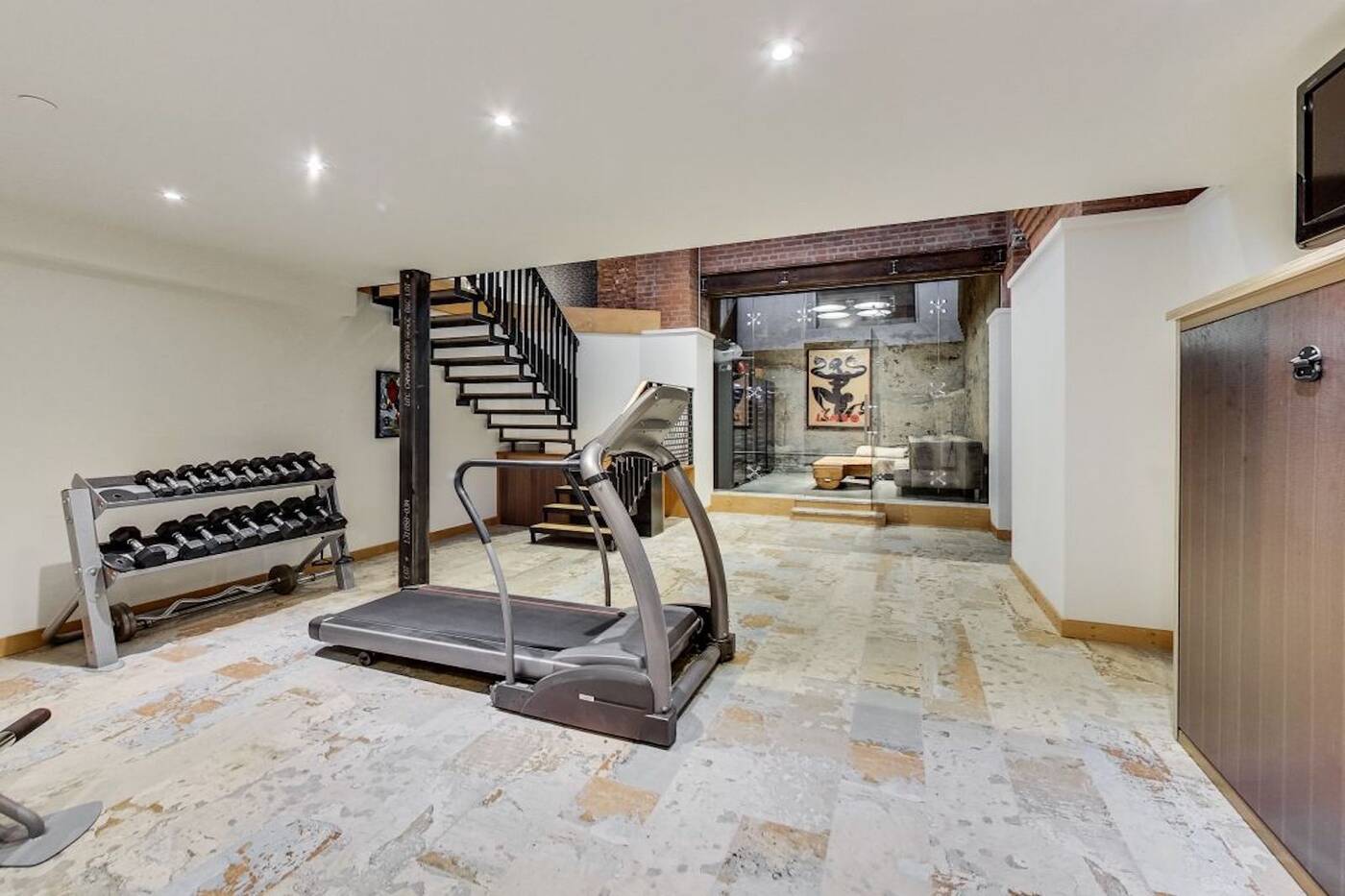 You believe in ghosts. Billy died in this condo suddenly in 2011. According to The Globe and Mail, the cleaning lady found him on his 57th birthday on the couch. Then again, with Halloween coming up you can turn it into a great ghost story. 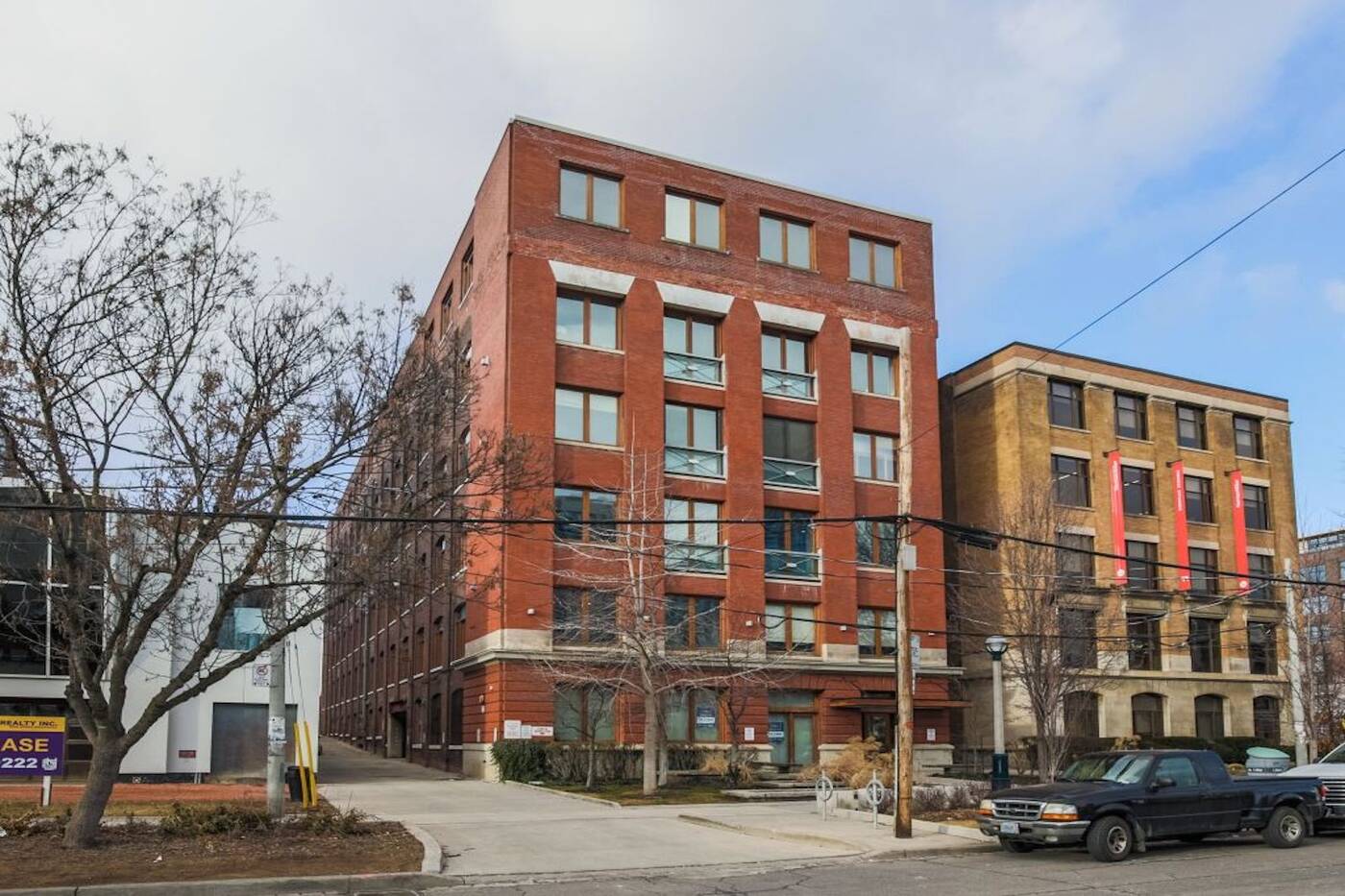